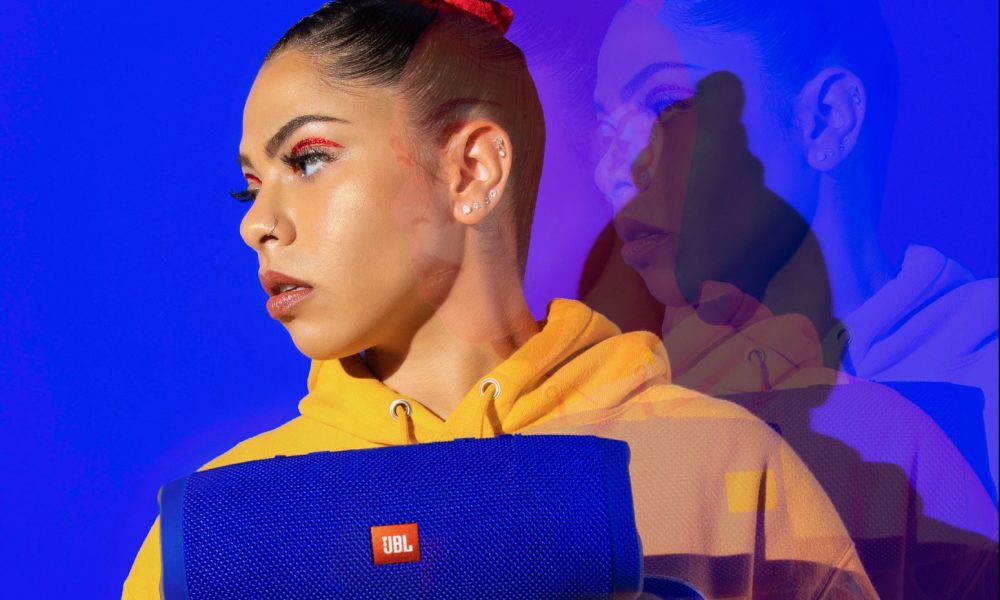 Today we’d like to introduce you to Mickey Shiloh.

Mickey, can you briefly walk us through your story – how you started and how you got to where you are today.
I was born to teen parents in the San Francisco Bay Area on January 25, 1992 (my mom hates when I mention the teen parent thing). I’m half black and half white, though I’ve always been told I look Latina. My dad was a rapper, so I always say I got the music bug from him. As a kid, I’d even go to the studio with him sometimes. I started writing my own raps around eight years old, which sparked my very first dream: to become a famous rapper. When I was 12 I learned to record myself using a $19.99 headset/microphone from Best Buy and a music software called MAGIX. In middle school, while all my friends were going to parties and dances, I preferred to lock myself in my room to write and record songs. I eventually started uploading my songs onto MySpace and I’d send out messages everyday to producers and artists to please check out my music. I had seen somewhere that was how Sean Kingston got discovered by J.R. Rotem. I told myself if I ever met Sean Kingston I would tell him he inspired me to do that. When I actually did meet him, many years later, I completely forgot to mention it. In early 2009 when I was 17 I met Rodney “Darkchild” Jerkins. I ended up signing to him as an artist and songwriter. My first placement with Darkchild was Janet Jackson’s “Make Me”, which I co-wrote with him and my great friend Tommy Parker. I was still in high school during this time so I’d get flown out to LA whenever I had breaks from school and could work.

After graduating high school, I moved to LA and attended USC to study Music Industry and continue my work with Darkchild. I ended up dropping out of college my sophomore year due to mental health issues (depressed over a guy and the ups and downs of the good ol’ music business). Parted ways with Darkchild. Fast forward three years and I was 22 years old and depressed. I was unsure of what I really wanted and I hated pretty much everything about the music business. Of course I hoped one of my songs would become a massive hit and I’d finally be rich and famous, but unfortunately you can’t pay rent with hopes and dreams. I was at the point when most musicians give up or scramble to get a publishing deal or record deal just for the advance. I was still stuck in a publishing deal at the time so trying to get a new deal wasn’t even an option for me. After multiple serious threats from my mom telling me I needed to get a real job or else, I stumbled into financial success with a new website called soundbetter.com. The site connects you with clients all around the world that need your music services. With Soundbetter I finally reached the financial freedom I’d struggled so long to reach.

Over the next few years and up until now I’ve been featured as an artist and entrepreneur in Rolling Stone, Billboard, LA Weekly, Inspirer mag, and in November 2018 was honored on Forbes 30 Under 30 in music. To say the journey was easy would be preposterous. I’ve had my fair share of taking extended breaks and wanting to call it quits for good. But at the end of the day I always find my way back to my passion of creating music and helping others build their own businesses (in music and otherwise). Over my career I’ve released more than 25 albums independently, all recorded and mixed from my bedroom… hence my company name BDRM Records. In the past year alone I’ve launched an entire mentorship program, an artist-friendly independent record label with 65 artists, released an e-book called “Indie Bread: How To Make Six-Figures As An Independent Musician” and started building a physical co-working space in North Hollywood. This is just the beginning!

Great, so let’s dig a little deeper into the story – has it been an easy path overall and if not, what were the challenges you’ve had to overcome?
The biggest struggle has always been mental for me. The music business is tough for anyone, more so women in my humble opinion. To add onto that, I was also diagnosed bipolar in 2013 at 21 years old. That threw a huge wrench in my life, but I know it’s a huge part of my creativity. Learning and accepting that my brain worked differently than others was extremely difficult, but after five hospitalizations, I am committed to being an incredible mental health advocate and I fight the blues relentlessly when I’m down.

Alright – so let’s talk business. Tell us about BDRM Records – what should we know?
I just became a corporation, Michaela Inc. Under my corporation are all of my main businesses… BDRM Records (my own label which I only release my music), HRDRV (my independent record label with 65 artists) and now my physical place of business called Kick It Spot. I like to call myself a multipreneur. I’m the type of entrepreneur that has multiple businesses going at once. At the end of the day my ONE main goal is to build and help others grow. I believe that when like-minded creatives come together, absolutely anything is possible. I am always a student but I also enjoy being a teacher when it makes sense. While I was primarily known just for songwriting and releasing music most of my career, I’ve now felt a positive shift towards business. I pride myself in having a healthy balance of left and right brain, and love to power both. I’ve gone from working with almost everyone in the music business (everyone from Janet Jackson to Britney Spears, Pitbull, Cassie, etc.) to starting my own businesses instead of just following ordinary trends. What sets me apart is my ability to think of an idea and put it into action instantaneously.

Is there a characteristic or quality that you feel is essential to success?
As I just mentioned, when I have an idea I act on it immediately. Whether that’s setting a calendar reminder to come back to it and spend time figuring out next steps or making a website right away to see the vision tangibly. Too many people let great ideas pass them by and then someone else does it. That is the difference between average people and very successful people, action. 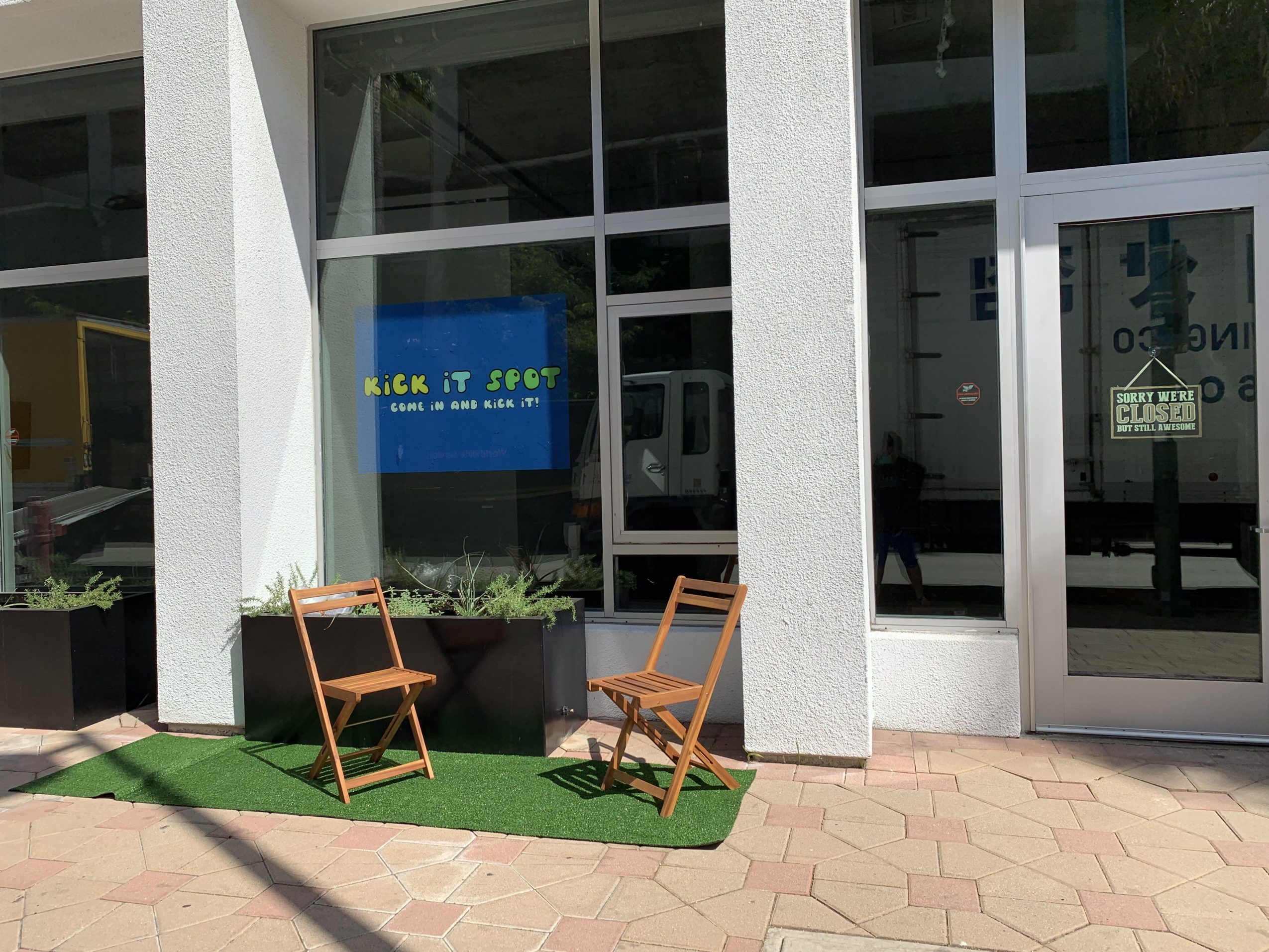 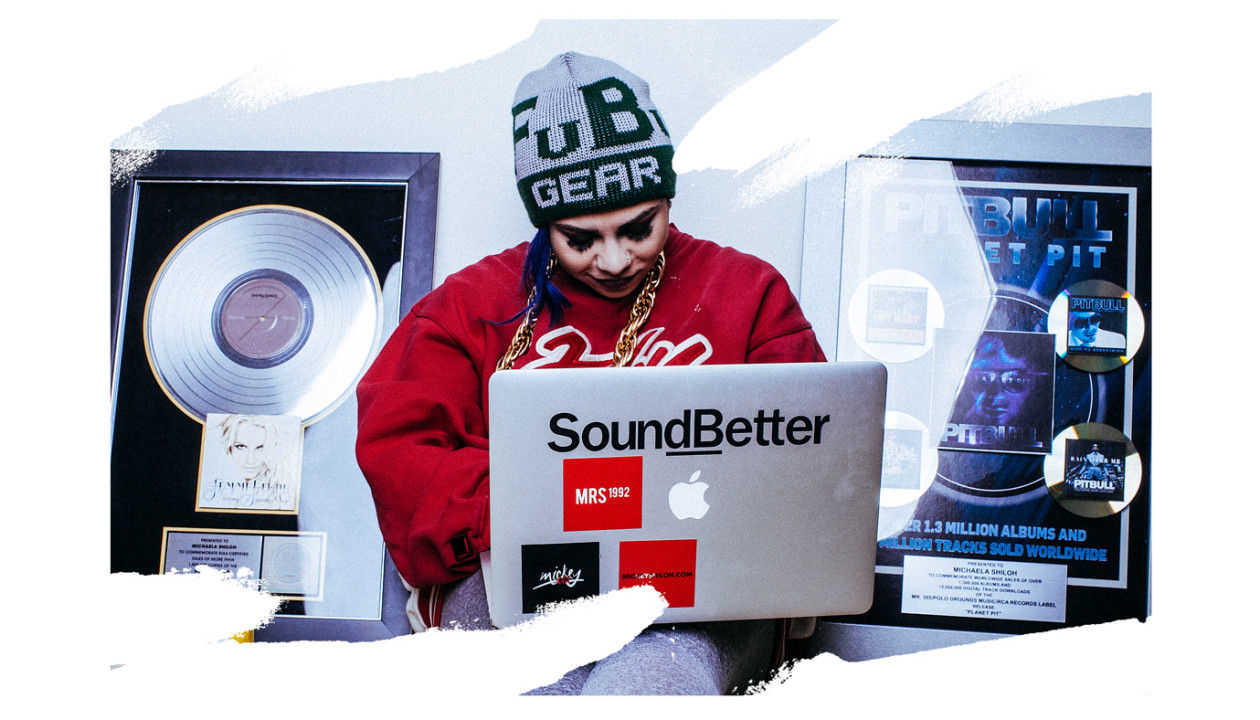 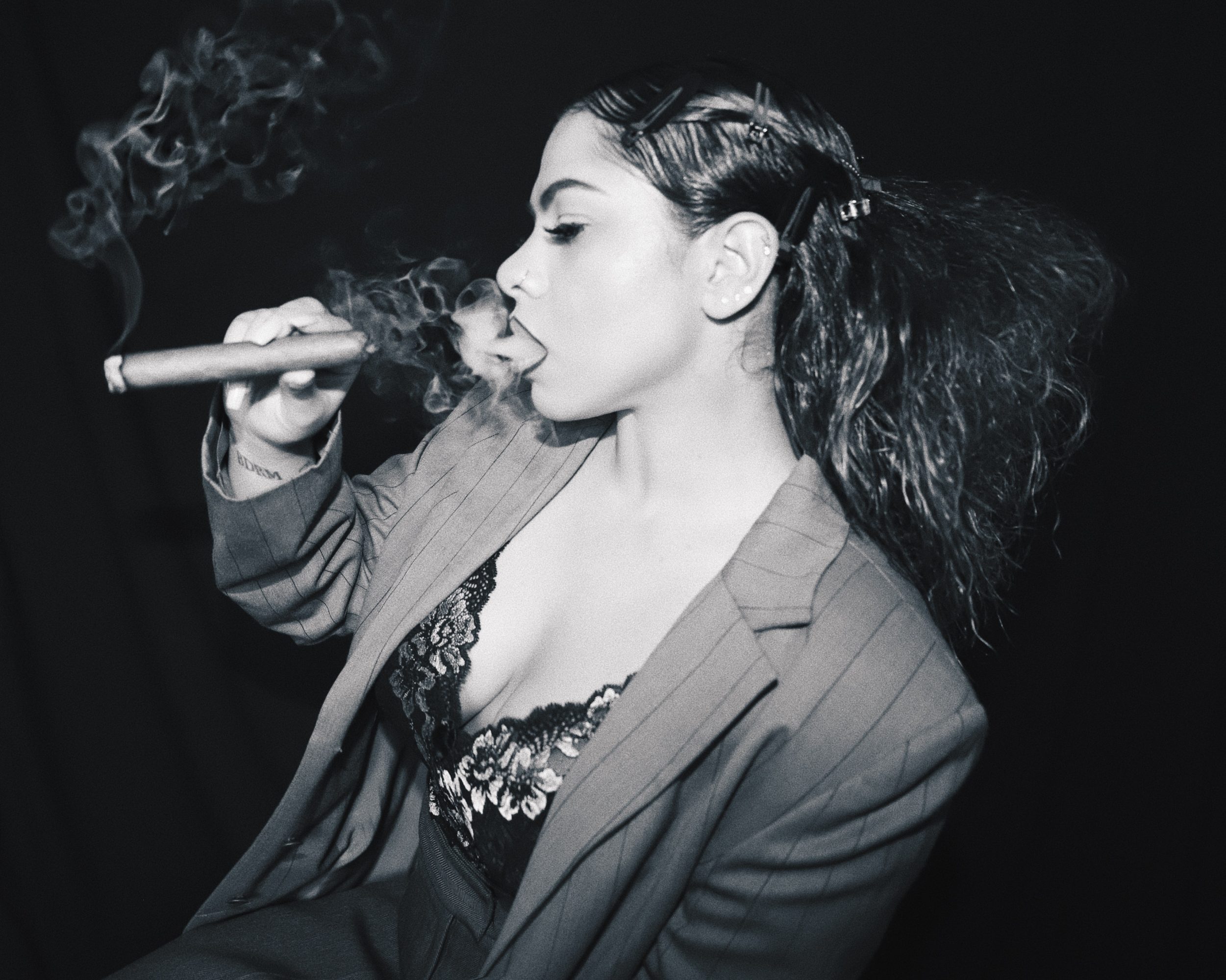 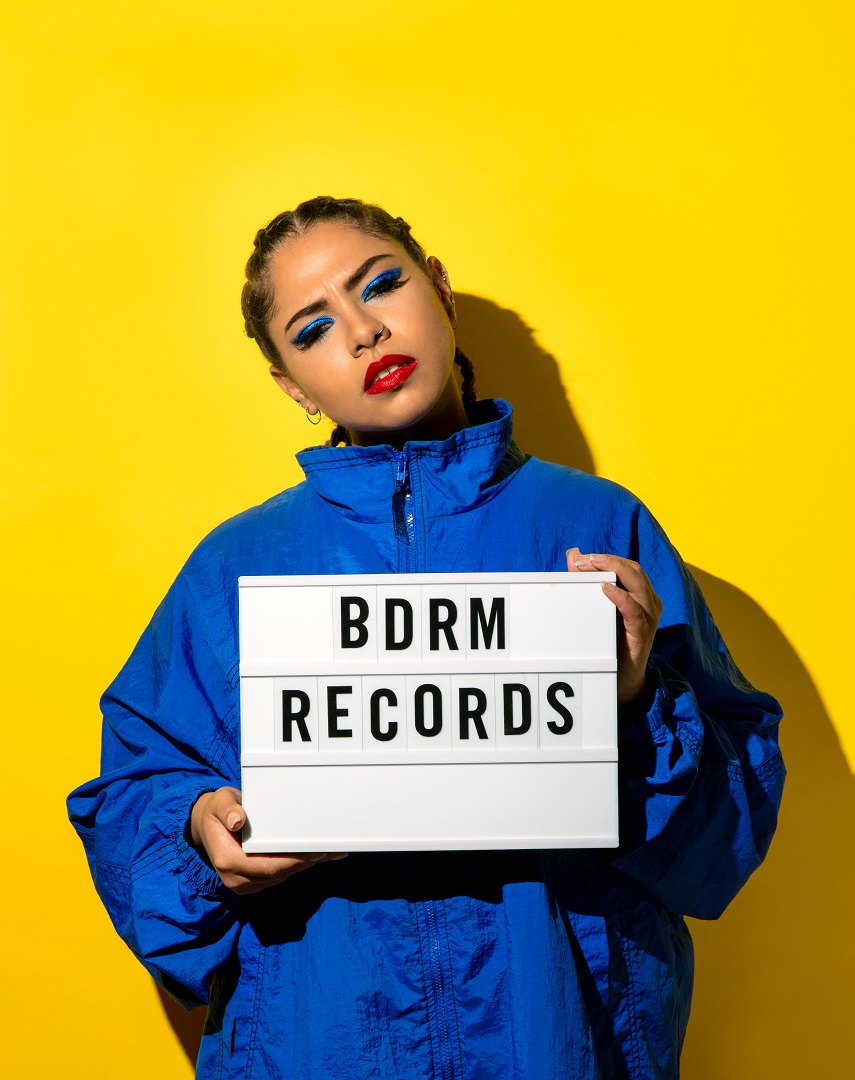