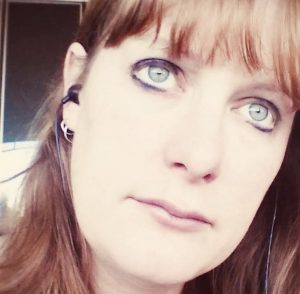 Today we’d like to introduce you to Chelle Thompson.

Chelle, before we jump into specific questions about your art, why don’t you give us some details about you and your story.
Coming from a large family that spent most of my youth on a dairy farm, I knew I wanted to do more. It was very difficult for me in school dealing with Dyslexia where the schools I attended were not helpful. All through my education I was told I wouldn’t be successful and a career in the Arts wasn’t a real career but I would be a great mother. Knowing my youngest also deals with having Dyslexia, I wanted to show both my daughters that they too can achieve their dreams. This just made me more determined to do better and to make my dream of moving to Los Angeles and working in themed entertainment a reality. People doubted my ability to get a degree but I graduated Cum Laude, from Arizona State University with a Bachelor in Production and Design. With that degree I thought I could do more and challenged myself to go further with my career and was excepted to California Institute of the Arts. At CalArts I also faced the same doubts from some faculty but made my way through while working as a Scenic Artist, and earned my Masters in Applied Arts. Now I have been working in Los Angeles and several other states as a Designer and Scenic Artist. My daughters love going to Disneyland and seeing the work I did on Star Wars Galaxy’s Edge, on the Incredicoaster and watching the movies and TV shows I have worked on. I am always striving to do more.

We’re always bombarded by how great it is to pursue your passion, etc – but we’ve spoken with enough people to know that it’s not always easy. Overall, would you say things have been easy for you?
The road was never smooth, I wouldn’t even know what that means. Dealing with living in the shadows on my very successful siblings and having Dyslexia, I didn’t let the struggles stop me.

We’d love to hear more about your art.
As a Scenic Artist, I made my way up the chain and became a Lead in the scene shop. I worked on several large projects as the lead. Some of these projects were; four years working on Universal Studios Hollywood Horror Nights mazes, Disneyland and Disney World Star Wars Galaxy’s Edge, Incredicoater, Cars 3 Premiere and serval other projects. With Netflix I worked on Season 2 of “Dead to Me” and on a Netflix movie that hasn’t been released. While working on the Netflix productions, many in the Union nicknamed me the Wizard after having only four hours to make a rusty old post disappear into a backdrop that was 15′ away.

As a Designer, I have designed over 22 theatrical plays like Oliver, Hunchback of Notre Dome, Sound of Music, and Cabaret. On Sound of Music a newspaper stated that I made the audience feel like they were at the concerts when the Nazi’s came in. At this time, I still do several Scenic Artist jobs but have become the Senior Designer with a firm in Sherman Oaks.

What were you like growing up?
As a child it was a joke that I could come and go and no one would know I was even there. I was very quiet and extremely shy. Now many have described me as friendly, and gave me the nickname “Mom” because I always look after my friends and my crews. Some of the things I enjoy doing are painting, drawing and love spending time outside. 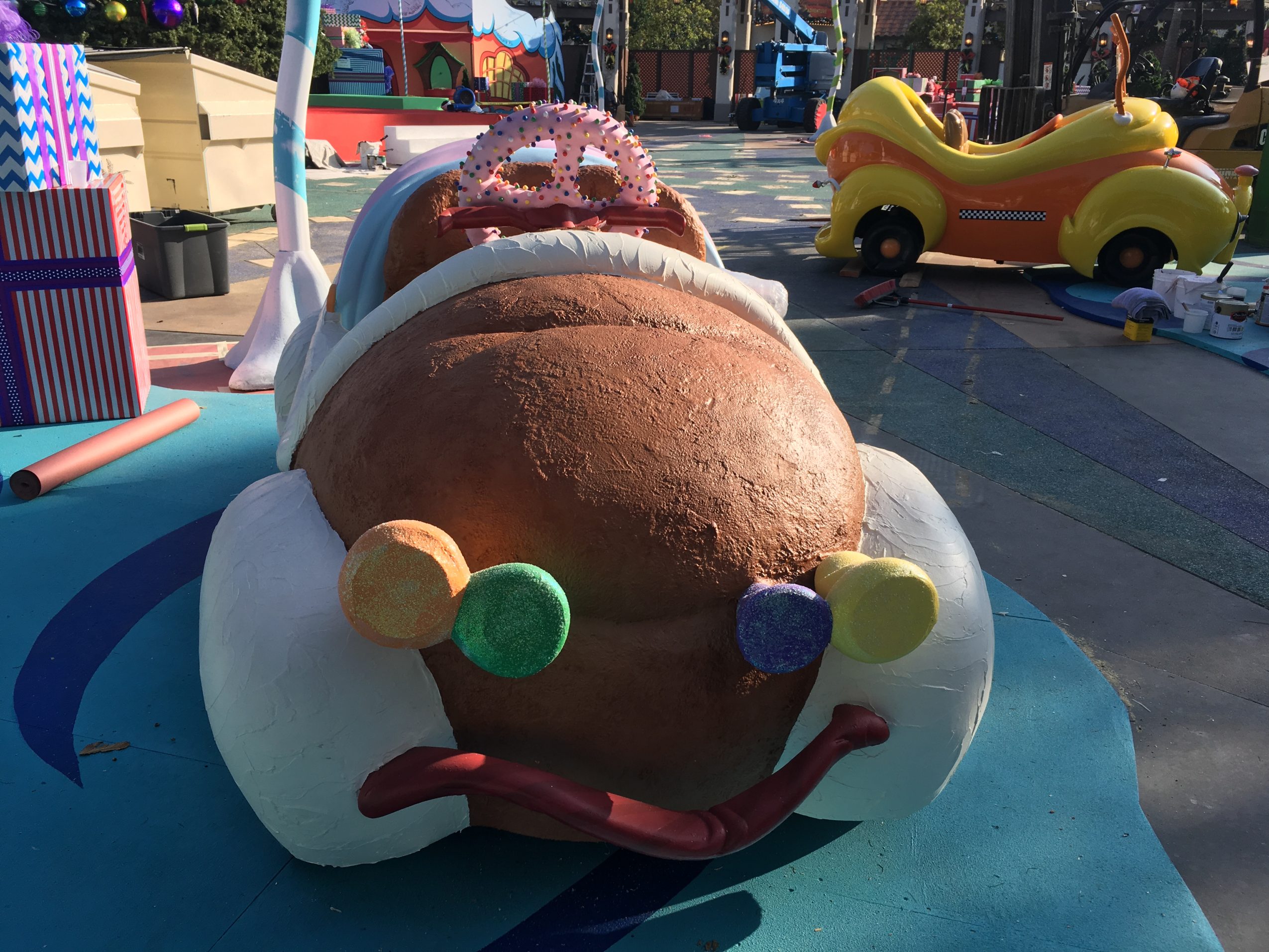 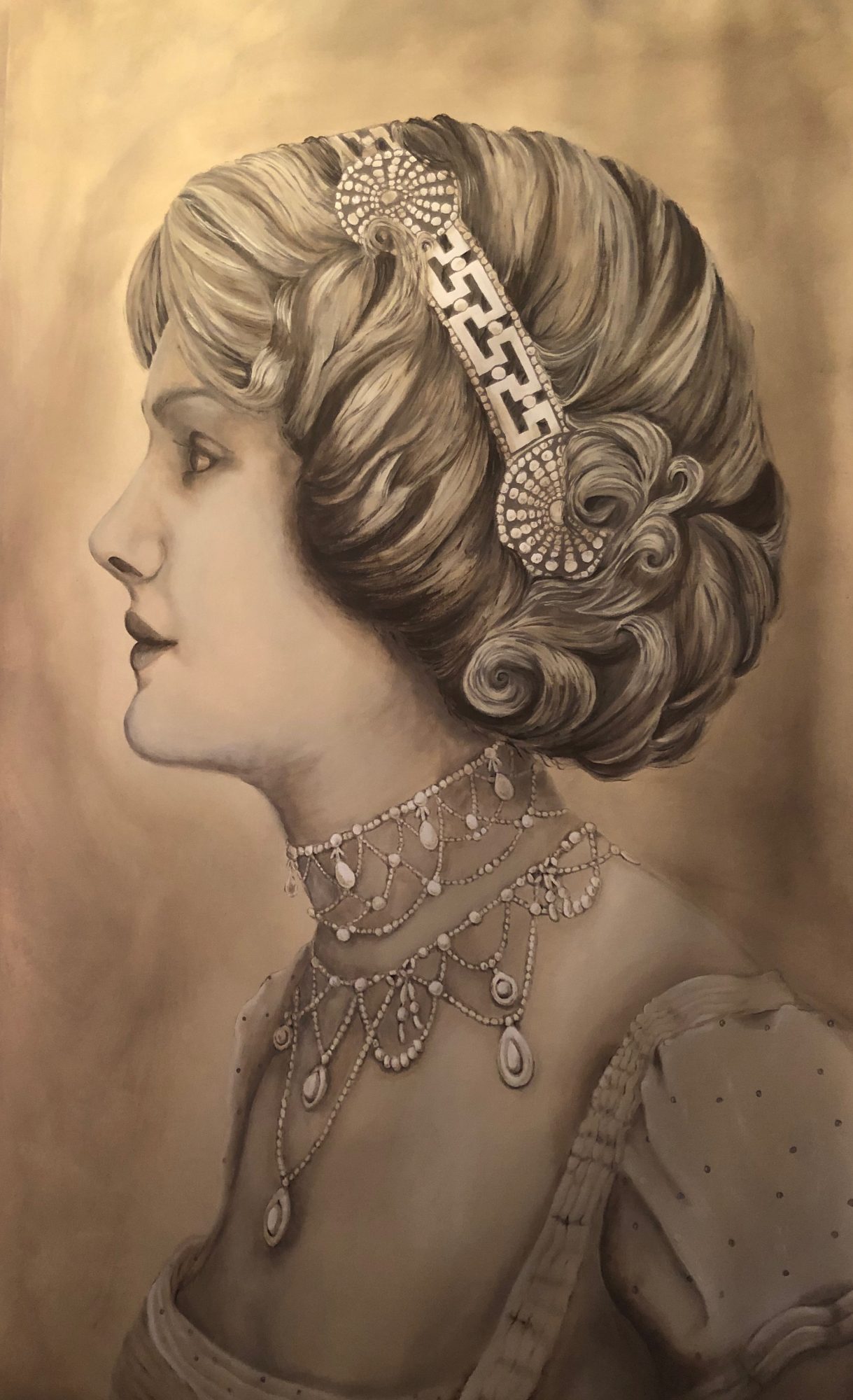 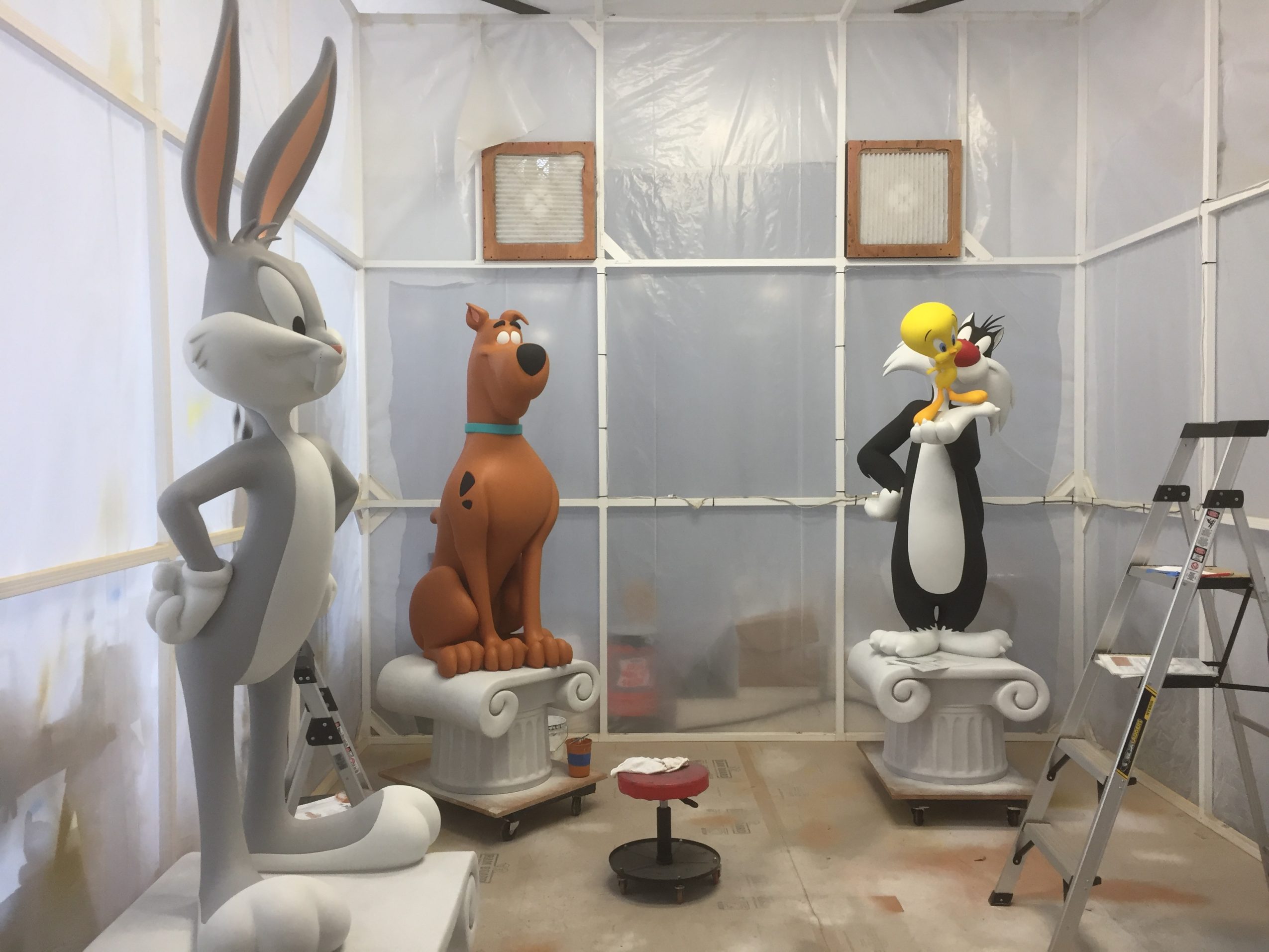 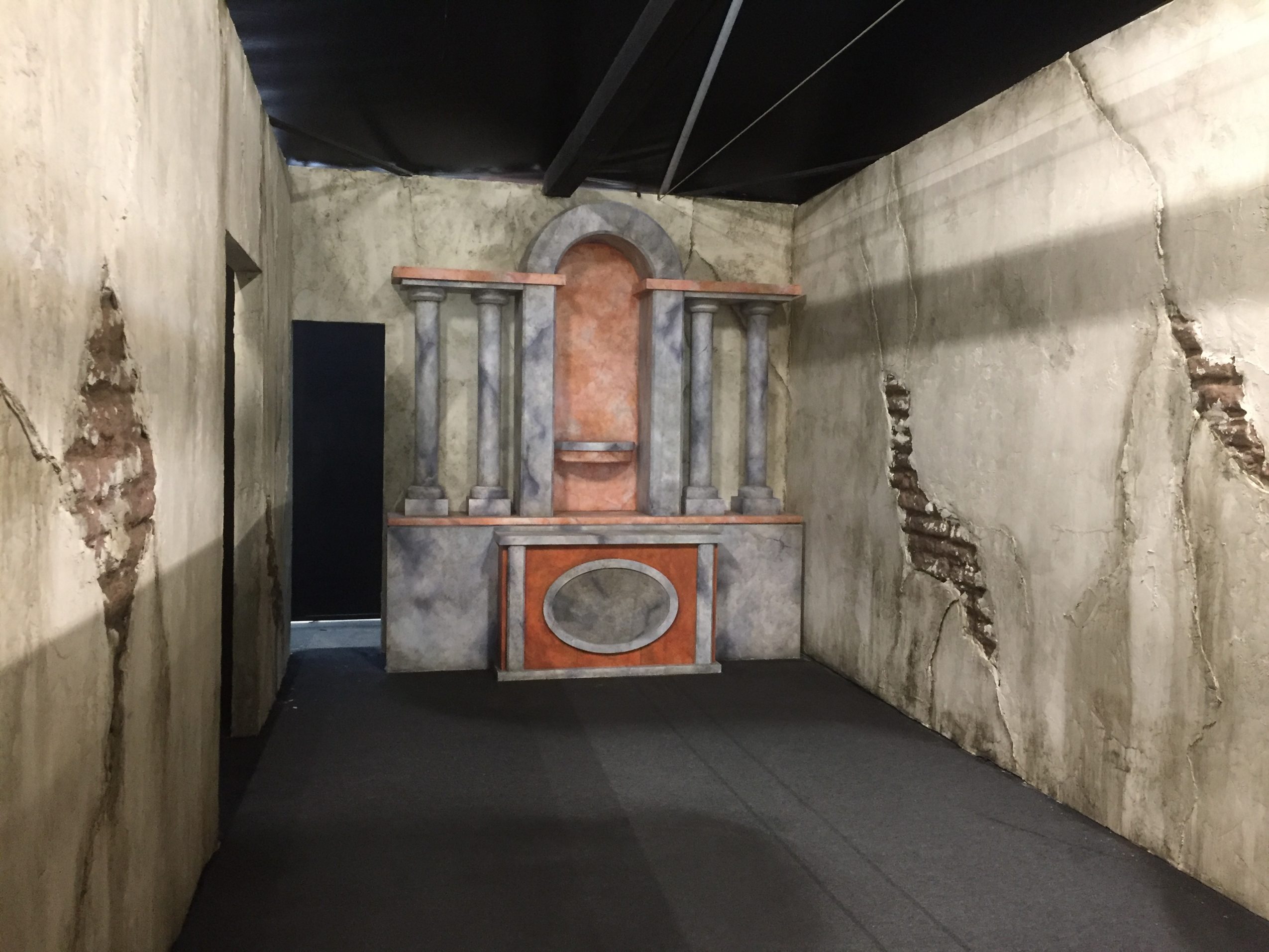 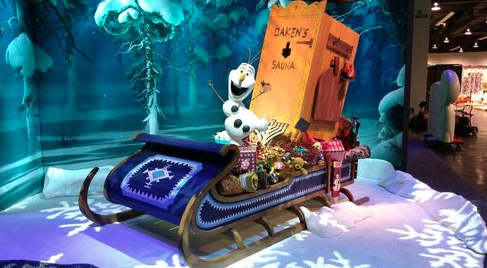 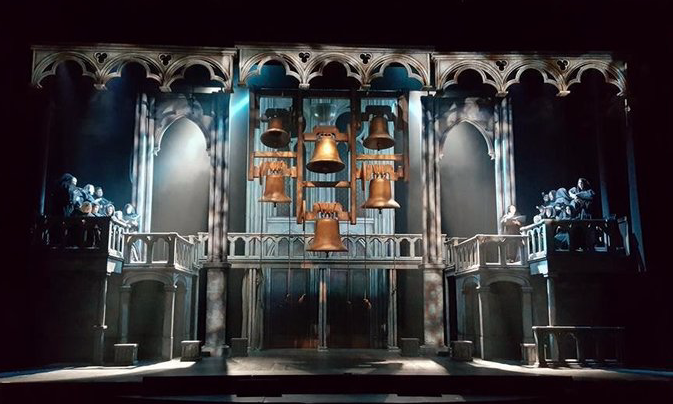 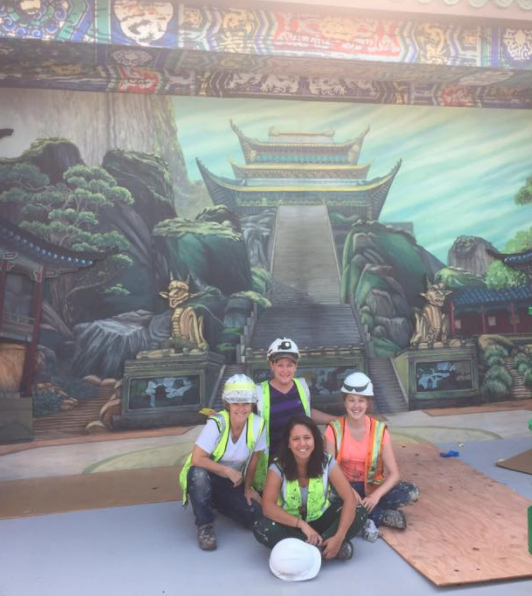 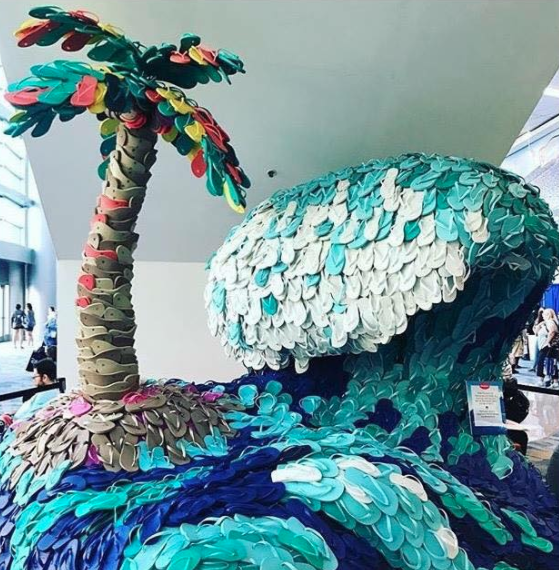