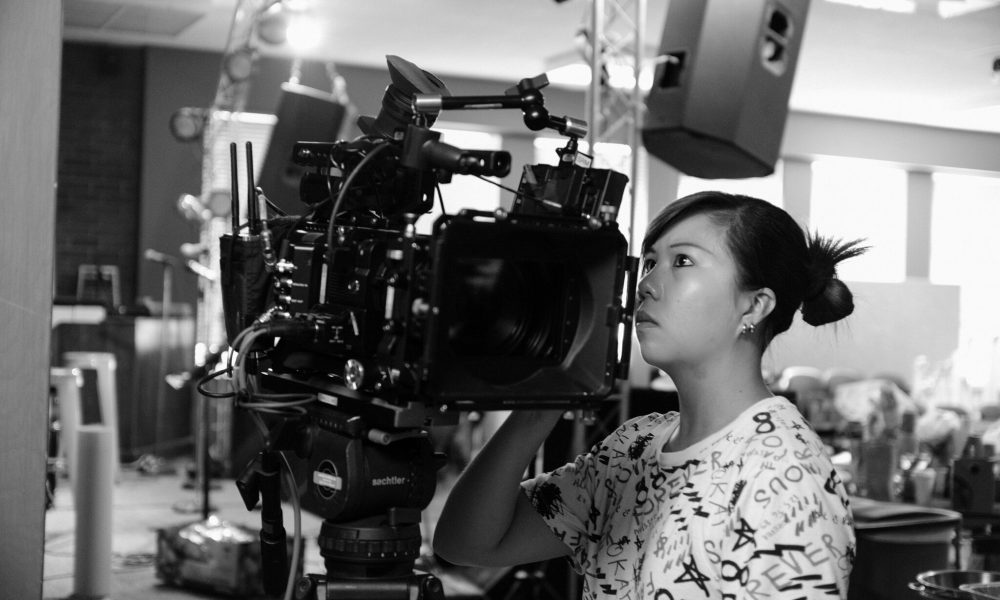 Today we’d like to introduce you to Michelle Kwong.

Michelle, please share your story with us. How did you get to where you are today?
Ever since I was a young child, I was always fascinated with cameras and the visuals of the world around me. I think my initial interest partially stemmed from my dad, who would always carry a DV camcorder and a digital camera around to capture memories of my formative years alongside my family. Capturing snapshots and small glimpses of life through photography and video was a way for him to preserve memories, but it also inspired me to use it as a medium of self-expression. I was never the talkative type, nor was I especially skilled at writing, but the one way I found I could convey myself and how I perceive the world was through visual imagery.

I started out by taking up photography. I took photography courses in high school to hone my techniques of the visual medium in order to better understand how to use it as my own lens. Most people have a natural transition from photography to cinematography – shifting from still images to moving images. Or many cinematographers and filmmakers were inspired by films they watched as children when they were the most impressionable. I was actually inspired to make a shift when I had created a highlight reel for my high school team’s girls’ varsity basketball team.

In my junior year of high school, I was a part of the girls’ varsity basketball team, and we had all become very close-knit. As a show of my appreciation to the graduating seniors that year, I decided to create a highlight reel to send them off. Whenever I wasn’t playing, I spent that time filming my teammates playing in games or taking photos of our candid interactions and pieced it all together. What really inspired me to pursue cinematography and filmmaking as a career was the reaction I received when I surprised the team with the video. It was a very simple and basic montage video of clips from past games and photos of the team together, but the entire team, especially the graduating seniors and our coaches, was extremely touched and incredibly happy. If I could make people feel the appreciation I wanted to convey through a simple montage video, then what was stopping me from creating films that would resonate with others?

I attended Emerson College in Boston, and I knew I chose the right school within the first week. With a great film program, Emerson had a lot of talented film students, which made the film culture very competitive. I would work on different student film projects almost every weekend in an effort to not only practice and hone my own skills, but to also learn and observe the techniques of my upperclassmen and fellow peers. Ambition was everything, and I did everything I could in order to improve my craft – ranging from working in the equipment distribution center to shooting my own films. I graduated with a Bachelor of Fine Arts degree in cinematography and minor in photography and my thesis film was chosen as a finalist in the 2016 Cannes Short Film Corner.

After graduating, I moved to LA and have collaborated with such a diverse community of people who have been incredibly supportive of my journey and have taught me a lot of what I know now. I often work as a 1st AC and camera operator on a variety of content including commercials, feature films, music videos, short films, and web content, but I am also continuing to walk on my ambitious path to transitioning to become a full-time DP.

In the summer of 2019, I was chosen as one of 20 female DPs to participate in the AFI Conservatory’s Cinematography Intensive for Women. I have also been chosen as one of the selected few DPs to be a part of the International Collective of Female Cinematographers (The ICFC) as well as Free The Work, a talent-discovery platform for underrepresented creators. I am always incredibly grateful and thankful to the people who have trusted me to bring their stories and projects to life utilizing camera movement and lighting.

We’re always bombarded by how great it is to pursue your passion, etc – but we’ve spoken with enough people to know that it’s not always easy. Overall, would you say things have been easy for you?
Pursuing a career in cinematography as a queer woman of color has definitely not been an easy path. The film industry is very male-dominated, and has been since its inception. I’m grateful to have many supportive male colleagues and mentors who are very aware of my creative and technical skills, physical capabilities, and my competence as a leader, but they are not the majority, unfortunately. The doubts and skepticism of my experience and knowledge that have been placed on me because I’m a young woman has only fueled my ambition to work even harder to prove them wrong.

We’d love to hear more about your work and what you are currently focused on. What else should we know?
A Director of Photography, or cinematographer, is in charge of the visuals of a film/show/music video/etc. Cinematographers utilize camera and lighting techniques to bring a story or an idea to life; and that is what I love most about my career.

Cinematography isn’t just about making sure an image looks pretty, it’s about creating a visual language that will best convey and tell the story or idea behind it. A conscious decision by the cinematographer is made about every shot that you see – ranging from art direction to lighting, to framing and camera movement, to even what camera and lenses are being used to shoot the project. All of it contributes to elevating and conveying the heart and soul in a project.

I often choose to shoot narrative projects that tell the stories of underrepresented individuals and communities. Promoting diversity both in front of and behind the camera in the projects I choose has always been important to me, and although I value an individual’s skills and personality first and foremost when choosing crew, choosing individuals with diverse backgrounds has always been an important factor as well.

Some of my favorite projects that I’ve shot are Paradox of Love – a queer short film that grapples with the complexities of love and its struggles – and Crazy – a web series examines the lives of four queer women of color and how they deal with and navigate through each of their own personal mental health issues.

Currently, I’m in the early stages of pre-production for two short films shooting later this year that will also serve as proofs of concept for feature films.

Has luck played a meaningful role in your life and business?
While I believe in luck to an extent, I believe most of the results of my career and life have been a product of hard work and determination. Life is short, and you can’t wait around hoping for things to happen; you need to take action and take destiny into your own hands. If you want something, you need to have the ambition and determination to pursue it. 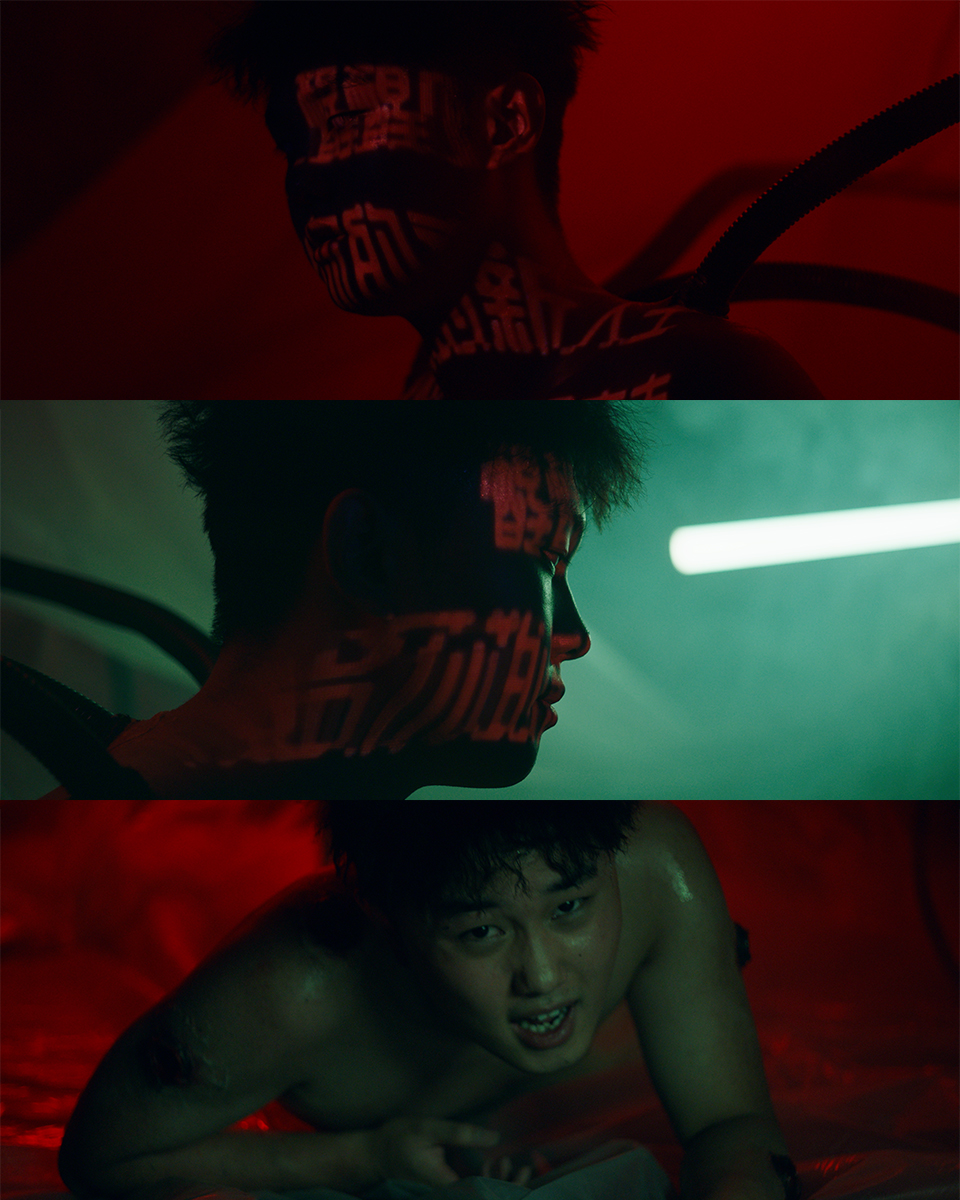 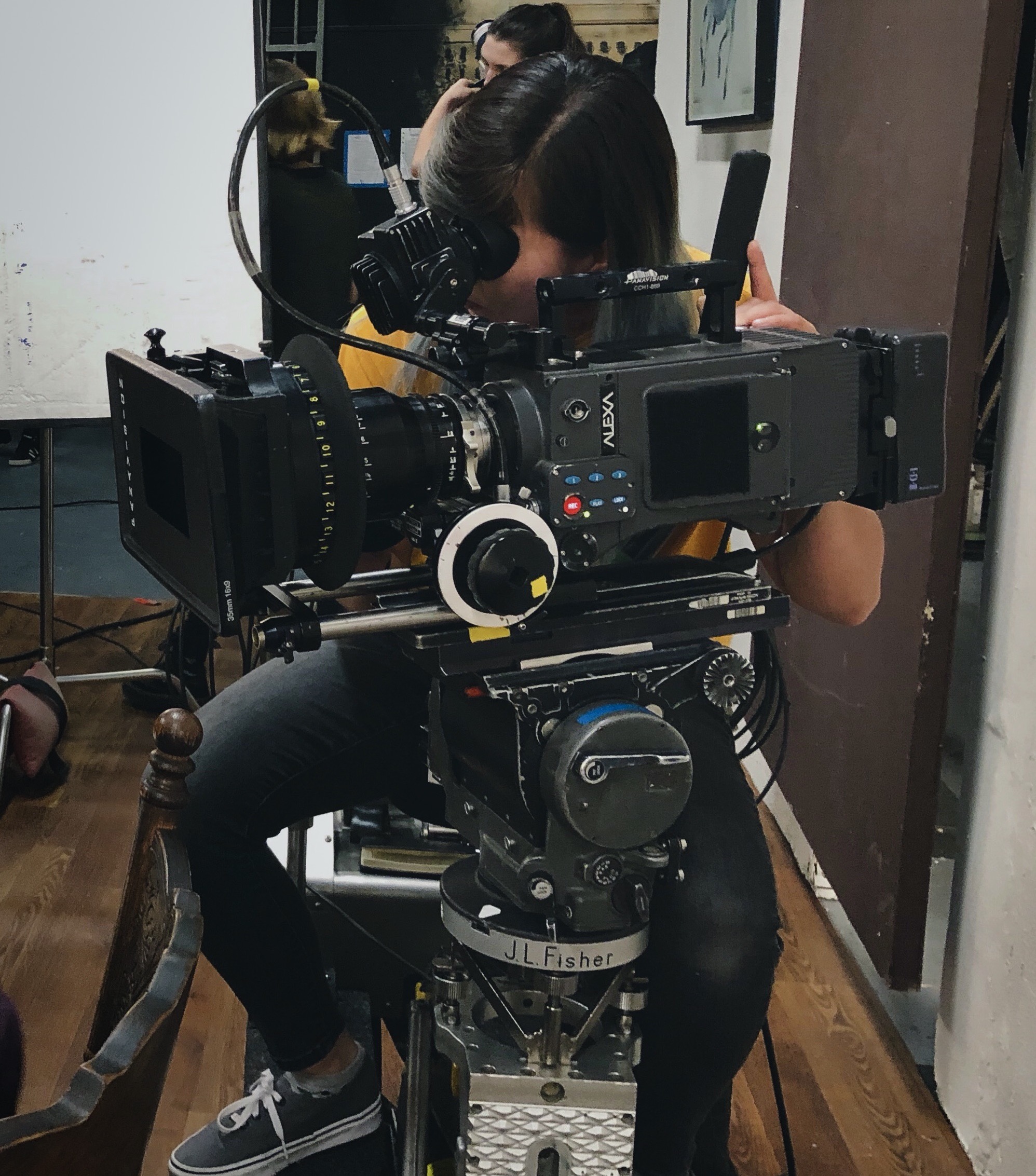 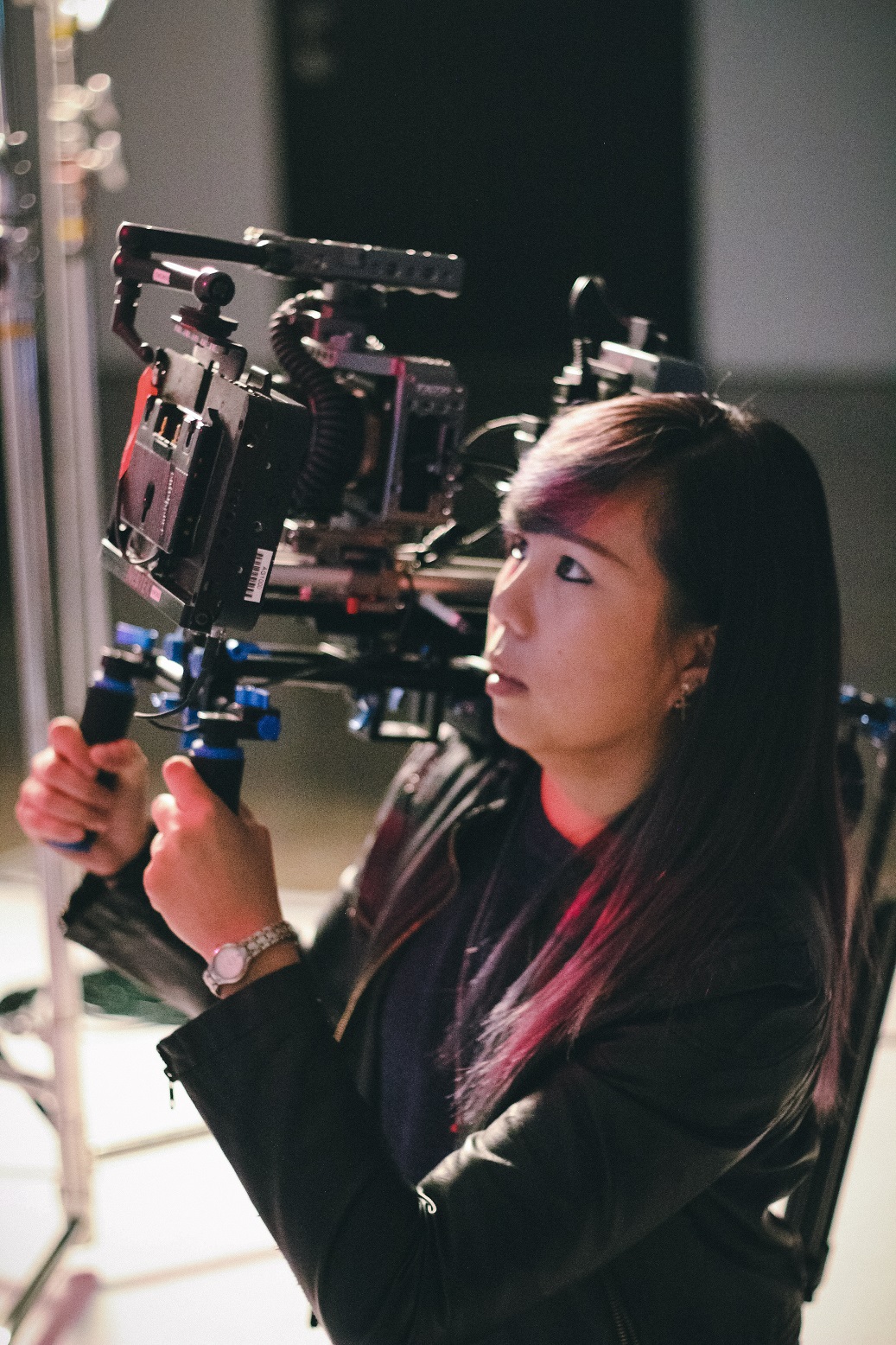 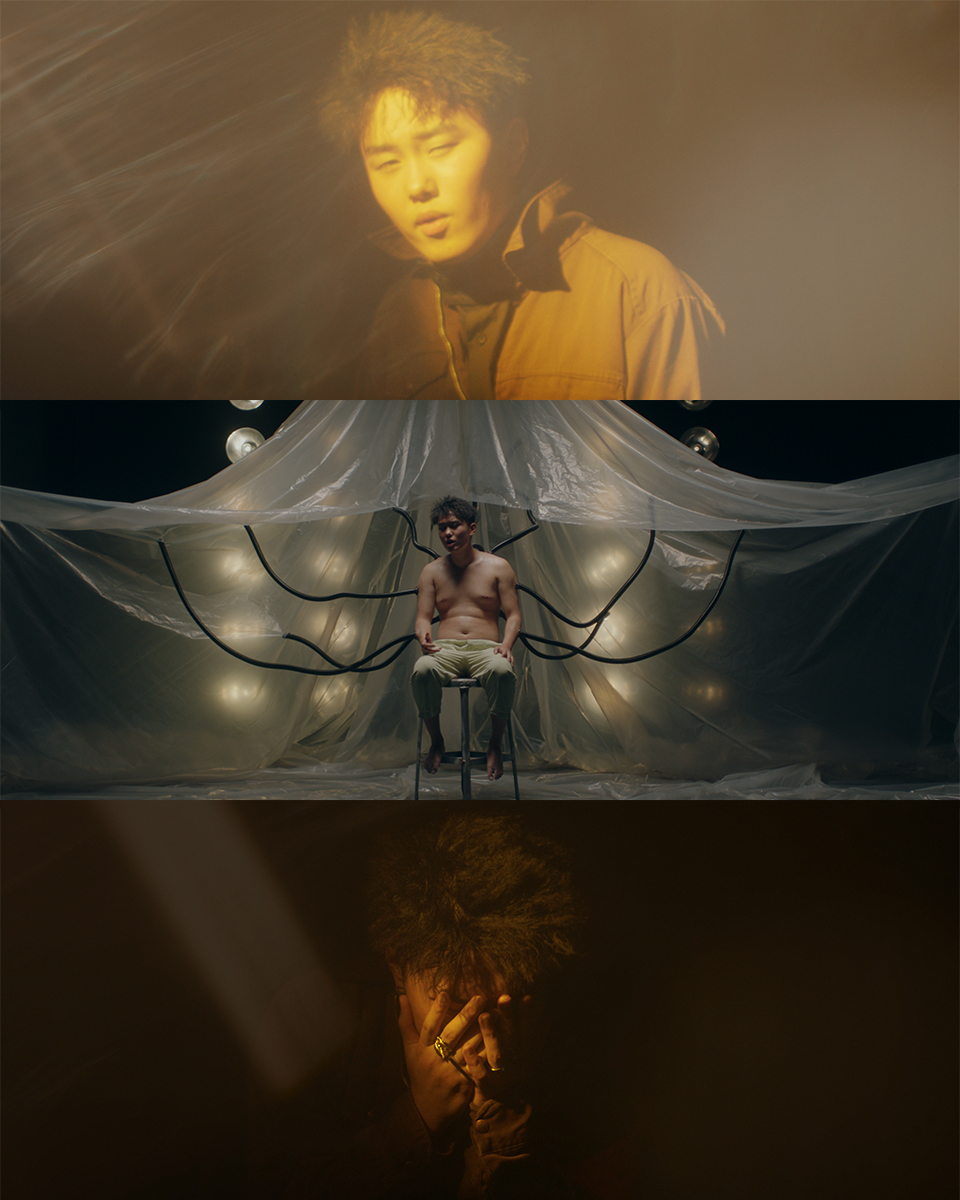