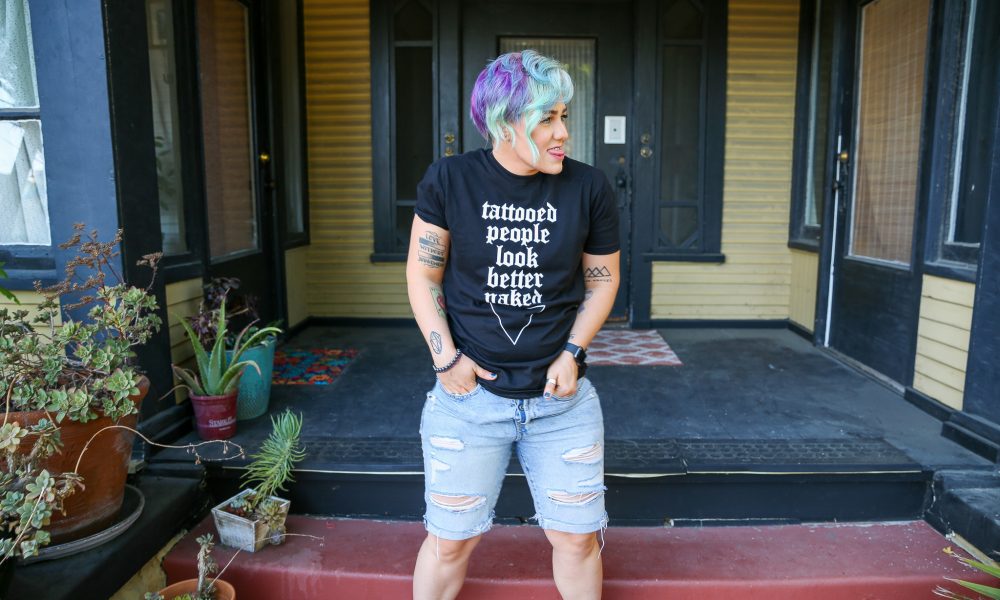 Today we’d like to introduce you to Michelle Blanchard.

So, before we jump into specific questions, why don’t you give us some details about you and your story.
It all started for me when I was eight years old. My parents bought me my first guitar for Hannukah that year and the rest is history. Growing up, I spent most of my time playing guitar and learning as many songs as possible. I wasn’t really one for taking lessons, so I taught myself how to play and started to write my own music. When I was in middle school, I was in and out of bands. I played bass in a David Bowie cover band and guitar in one of my very first original bands.

When I was 15, my parents purchased me a ticket to attend the Rock and Roll Fantasy Camp, which was being held in my hometown of Las Vegas, NV. The camp consisted of three full days of rehearsals with other attendees and ended with a big show at the House of Blues, where we got to play 3 songs, one of which we performed with Vince Neil from Motley Crue. My parents said, “If this goes well and you want to pursue music as a career, we will do what we need to do” and they have done just that. After the Rock and Roll Fantasy Camp, we decided to switch to online homeschooling and that’s where the real journey began.

After working with various songwriters and producers, a few years later I started a new band named Life Down Here which really helped get my start in the music industry. During the making of that album, my Dad got sick and unexpectedly passed away six days before my 19th birthday. Before my father passed, I was in a meeting with my manager talking about how sick he was and at some point in the conversation I said, “It’s sad but also kind of comforting knowing that my dad will be watching me live life down here when he’s gone,” and my manager said, “That’s it! That’s your band name — Life Down Here”. Our album “The Beginning,” came out in 2011 and our fan base quickly grew in LA/OC area. Together, we played a bunch of high schools in the area and other local venues. Over the next three to four years, we had some great times including opening for Lost Prophets, Tonic and Paramore — just to name a few. We also played the Warped Tour. During this time, I really struggled with the loss of my father and music was one thing that helped me through the dark days. Drugs, alcohol and depression are a big part of my story and I believe it’s what has helped shape me into the person and artist that I am today. That being said; Life Down Here came to an end and I decided to get sober.

In 2015, Madyx was born. Life Down Here to Madyx was a big change for me. Musically, it was a very different and softer message than what I was doing in Life Down Here. Personally, I had changed so much from the person I was in Life Down Here that the music I was creating as Madyx was much more vulnerable and authentic to who I am; which I think is what resonates so much with my fans and what sets me apart from a lot of other artist out there nowadays. For me, Madyx is so much more than just music. It’s a movement, it’s love, it’s life, it’s about being a good human and connecting with others.

In these few years as Madyx, I’ve managed to make a name for myself in and outside of the music industry. In 2016, I won my first music award for my song “Some Kisses” – Best International Music Video at the Unsigned Music Awards based in London. I’ve been fortunate enough to travel and work with some amazing artists, songwriters and producers around the world; and have been featured on well-known Swedish rock band Sonic’s single “Still Believe” and Swiss rock band Saint City Orchestra’s single “Mr & Mrs”.

In 2017, my song “Bad Decisions” started playing on the radio in rotation for the first time ever. 80+ alternative radio stations around the world were playing my music, bring my fan base up and creating a buzz around what I was doing. That year I opened for Metro Station and went on the “Passport Approved Tour” with the radio station that had been playing my music. Around this time, I had a few of my songs placed in film and TV – “Some Kisses” and “Only Human” were featured on Netflix movie Face2Face and “Where the Wild Things Are” was featured on Freeform’s series “Immortals”.

I released a few songs after “Bad Decisions” but the next big song I released was “Girl Boy”; which then went on to win Las Vegas’s biggest alternative radio station X107.5’s “The Beatdown” radio contest in 2018. Following the success of “Girl Boy,” I started to play pride festivals and I become an influencer for TomBoyX which really started to get some recognition in the LGBTQ community. As 2019 starts to come to an end, we have a few more shows to come and plan on playing as many pride festivals as we can in 2020. I’m also currently working on some new music for an EP to be released in 2020 as well as a soundtrack for a movie called “Spy Intervention,” that’s slated to premier in February of 2020.

Has it been a smooth road?
As an artist, nothing about the music industry is smooth sailing. In chasing your dreams, there are always ups and downs but that’s what makes the end goal so much more worth it. The biggest struggles are the empty promises, the feeling of inadequacy. Sometimes you can have these amazing meetings with industry people and they tell you they love what you’re doing and then you follow up with them just to be let down by not hearing back from them or sometimes you can have a meeting and they tell you exactly what they think about your art, whether it’s harsh or not. All I can say is, I’ve learned to have tough skin in this industry.

At this point in my career, I know to not get my hopes up too high until you know it’s a for sure thing. There have been so many times that I’ve been told I might get the opportunity to open for this band, or my song might be in this show, or even that I might get signed. Nothing is final in this business until contracts are signed and actions are being made, but the ride that you get to go on, with all the ups and downs is worth it in the end because without that struggle, the victory wouldn’t feel so big. If it was a smooth ride to the top, everyone would be there – but when you have a dream and a vision, you fight to make it happen. One day, someone will believe in your vision just as much as you and that’s all you need, that one person to believe in you – or in my case, that one person to give the unsigned artist a chance.

Is our city a good place to do what you do?
I believe that the Los Angeles / Orange County area is one of the best places to be if you are in the music business. All the major labels, publishers, production companies and such are all located in the Hollywood / Burbank area. That being said, new music is coming out in our city all the time which is awesome but can also make it a little difficult to stand out in the crowd.

If you are just starting a band or have the idea of pursuing the music business in anyway, I would highly suggest LA / Hollywood area. Walking down Hollywood Blvd or anywhere in West Hollywood, you never know who you might meet. Music is such a scene in this city, it’s kind of amazing actually. 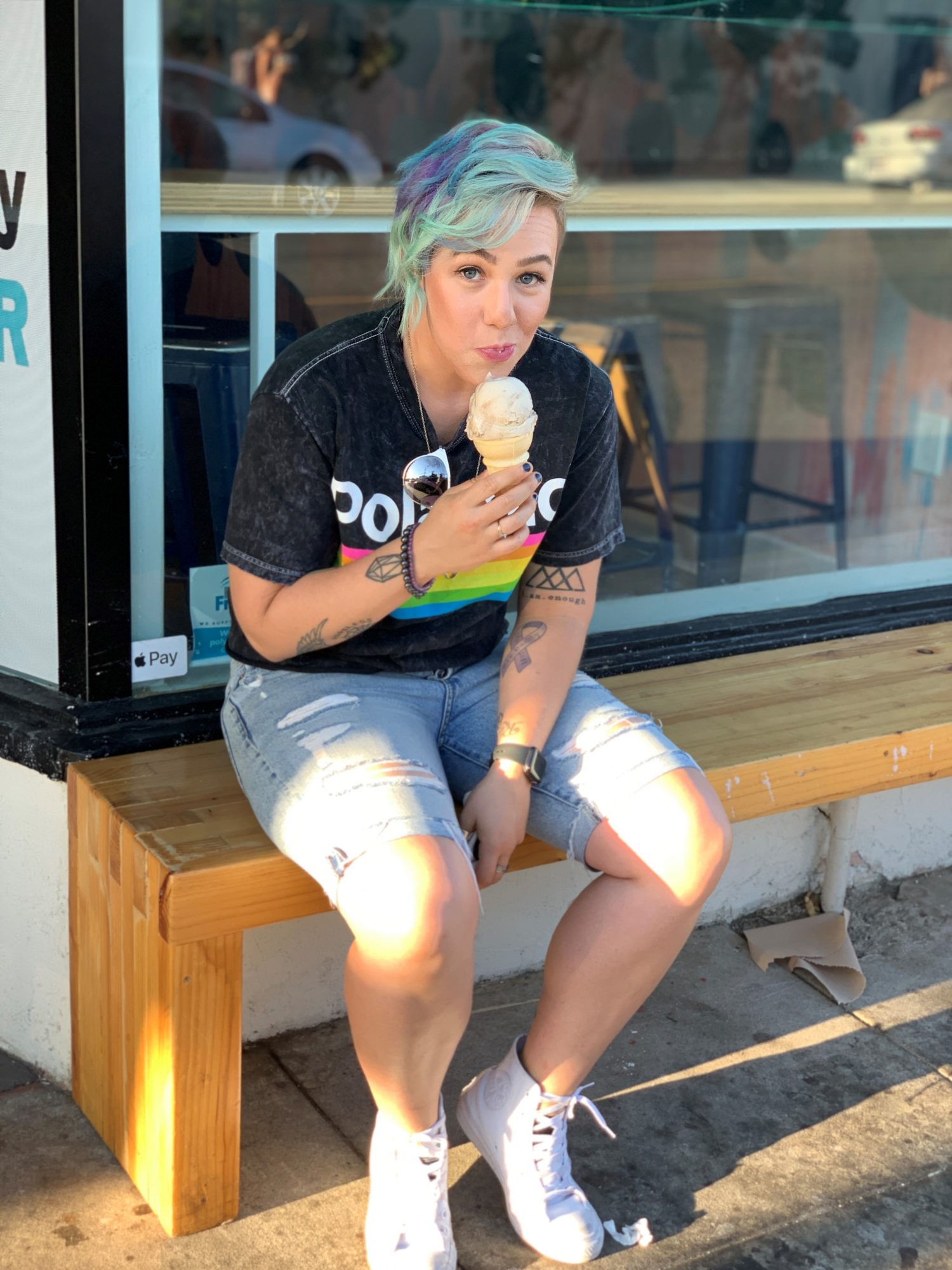 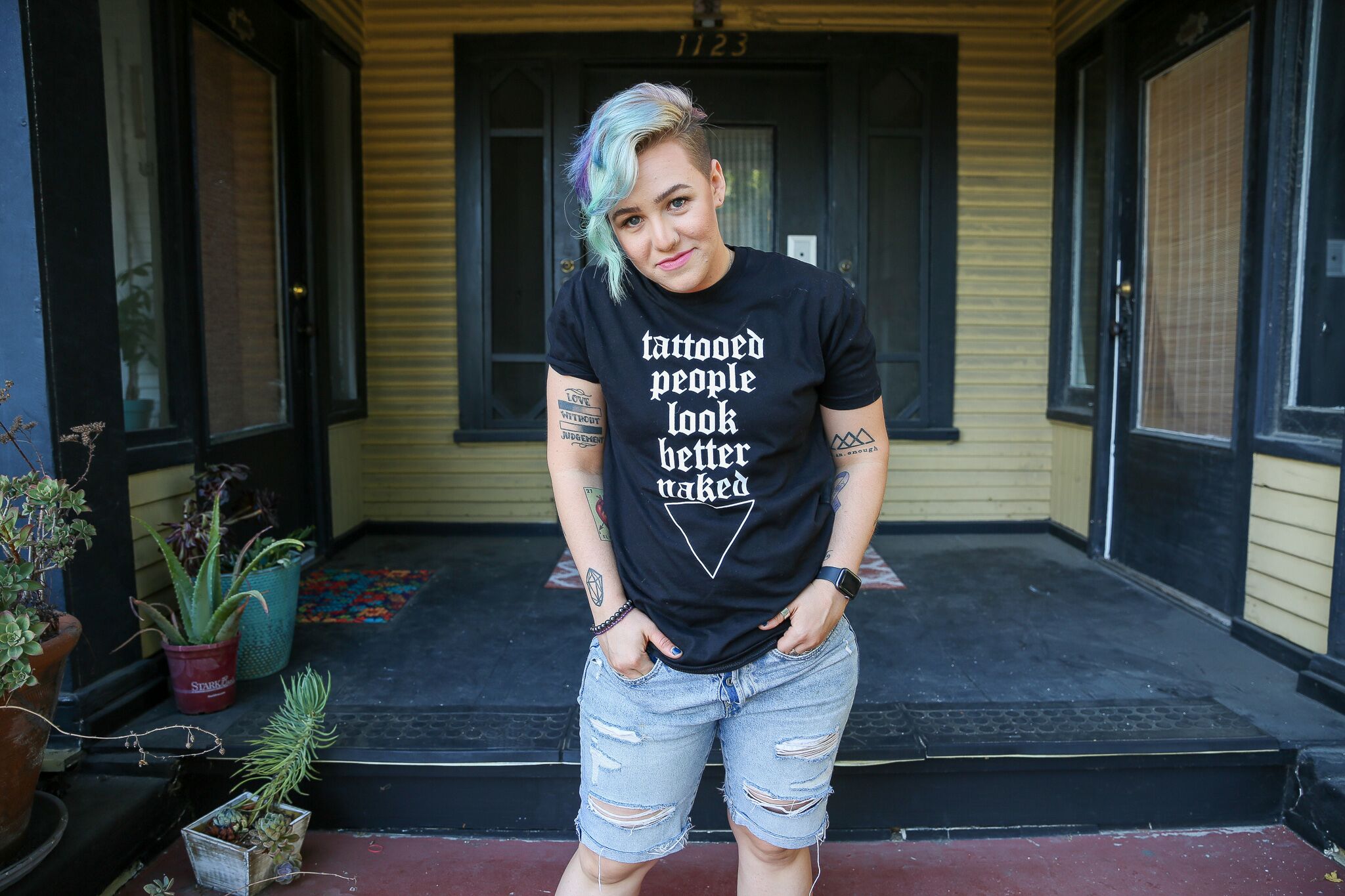 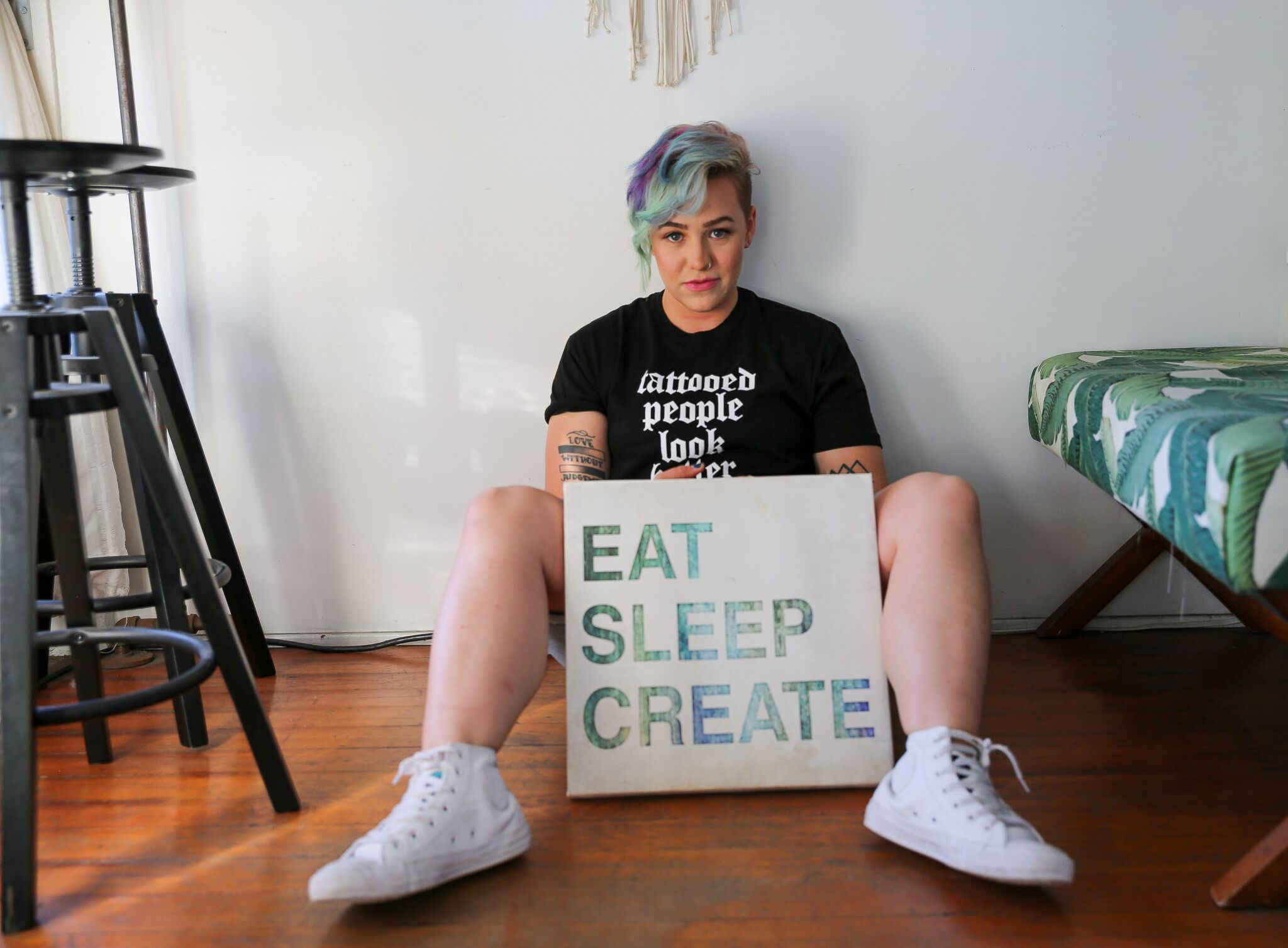 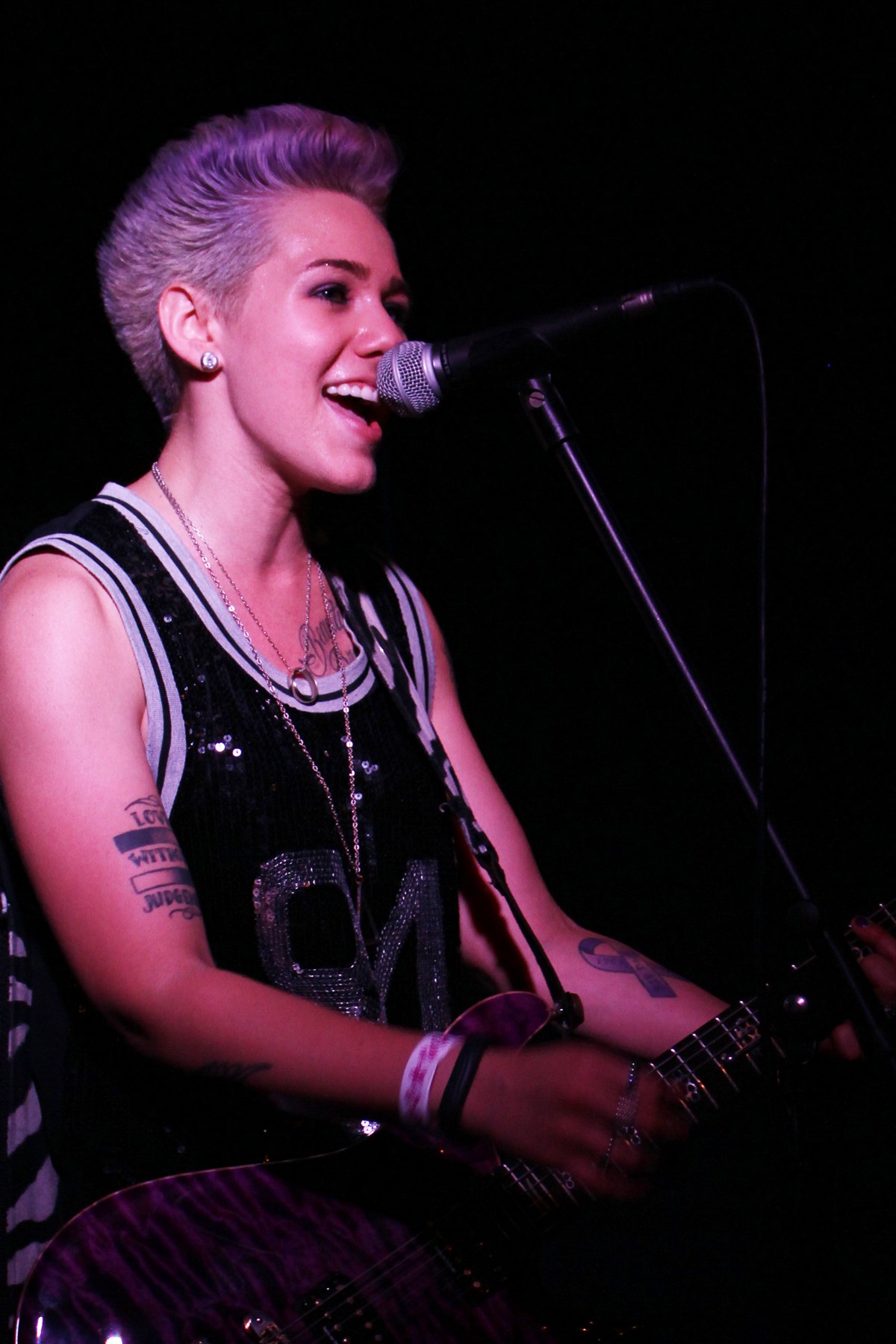 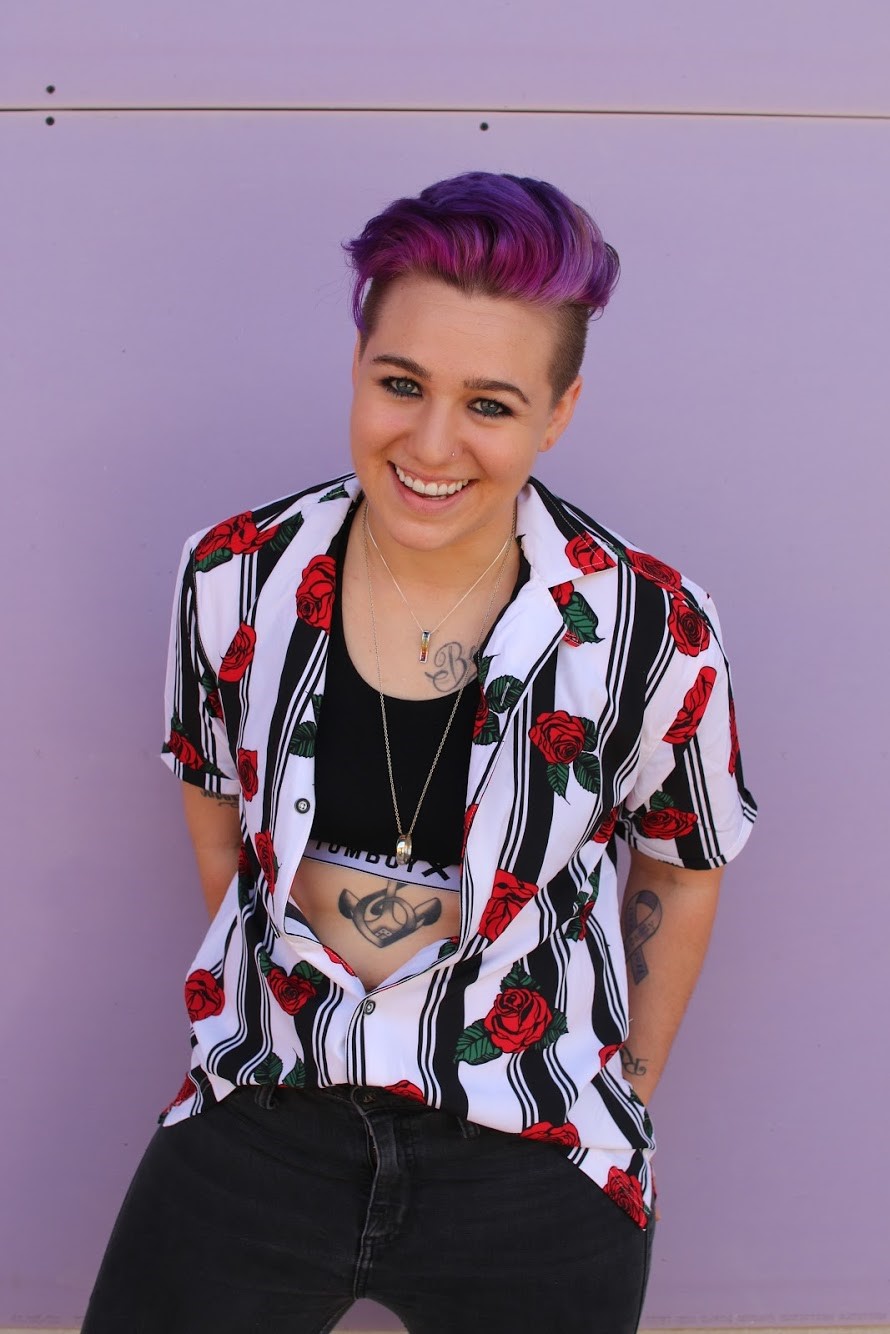