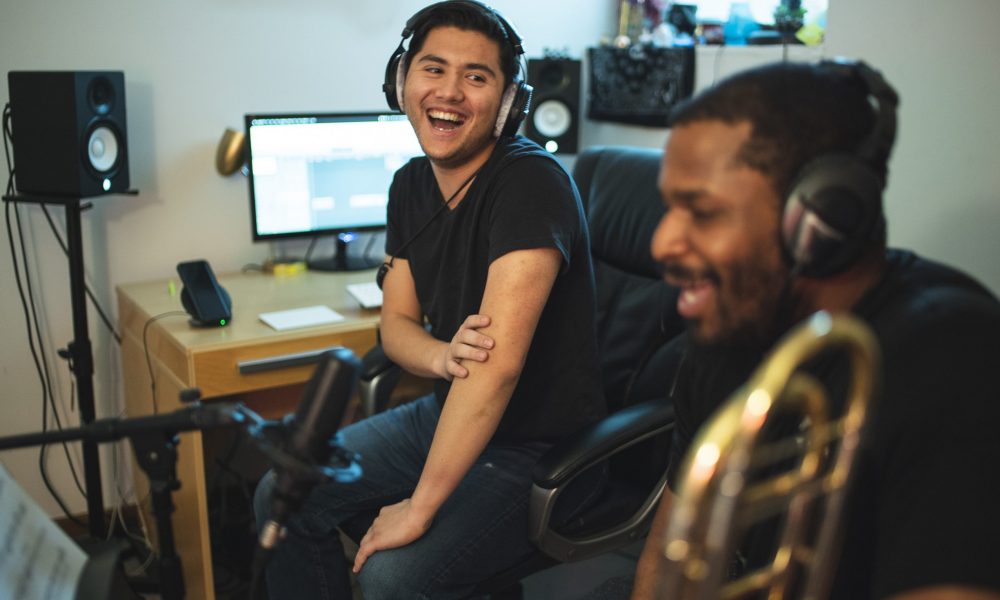 Today we’d like to introduce you to Michael Van Bodegom Smith.

Michael, let’s start with your story. We’d love to hear how you got started and how the journey has been so far.
There are many stories of musicians who picked up their first instrument at the age of four; I am not one of those people. Due to complications of my childhood, I was rarely exposed to music of any kind. The ambience of my youth was not defined by Mozart or Beethoven; nor pop or rock music. My first legitimate exposure to music was when I stumbled upon an old “Game Boy Color” and “Game Boy Advance”. During the many hardships, I would sit with my right ear to the Game Boy speaker, listening to the music of old Nintendo games on loop. Like many children in the United States, I took up an instrument in the fifth grade. My father played trumpet in his college days, so I was given his old trumpet to play in band class. Even after concrete exposure to music in the public school system, I did not take it very seriously until high school.

I begrudgingly joined my high school marching band (the only reason I couldn’t quit was because I had already paid the season deposit), and the ensemble exposed me to a wide range of musical styles. We played songs by famous artists like ACDC, Queen, George Gershwin, John Williams, and many others, many of whom I had never been exposed to prior to playing the music. After becoming more involved as a performer, joining the Detroit Youth Symphony and Detroit Wind Ensemble. I became immersed in arranging and composition. There was one computer in my school that had an old version of the music program Finale installed on it. I progressively spent more and more time arranging covers of Nintendo soundtracks, most of which I knew by heart, for whoever would play them. Eventually, I started collaborating with Detroit filmmakers, though I didn’t own a laptop. The scores were recorded with ensembles from my high school. By working with aspiring audio engineers and performers, I was able to record full orchestra scores for local student films.

This spiraling interest in music led me to Columbia College Chicago. In college, I became obsessed with collaboration. I quite literally solicited from department to department around the campus, asking people if they had any need for a composer. Over my four years in college, I relentlessly networked around Chicago, working with anybody who was willing to work with me. I would skate on my longboard all around Chicago, going to every single networking event, any and every opportunity where I could connect with people, and most importantly, I said yes to every opportunity.

As a result of my networking shenanigans, I was fortunate enough to work with exceptional filmmakers on award-winning live-action and animated films, such as Beyond the Door (Dashawna Wright), Kenya’s Symphony (Carlos Douglas Jr.), Me & Myself (Xiwen Miao), and Buster and Jamson (Ron Fleischer). Roughly two years into my college career, I realized that a majority of the work I was completing was with collaborators in Los Angeles, spawning a back and forth travel between Chicago and the City of Angels. Now that I am based in Los Angeles, I am fortunate to still be working on animated and live-action films in Chicago. I am currently working on a new animated TV series, which is about all I can disclose at the moment but I am very excited to share.

Although COVID-19 currently has put a halt to in-person meetings, I expectantly look forward to becoming more involved with the creative community in Los Angeles!

Overall, has it been relatively smooth? If not, what were some of the struggles along the way?
Deciding to pursue music has been the easiest decision I have had to make; the difficulties spawned from constantly fighting for my ability to keep pursuing it. I am more than happy to work endlessly on a project, devoting everything I have to ensure its success. Unfortunately, it can be extremely difficult to be able to work endlessly on a project when you are constantly trying to financially and emotionally keep your head above water; I find myself working jobs in the service industry every now-and-then to stay afloat. Among the financial, social, and political implications involved with working as a musician, the one thing I never ask myself is “Am I happy with my career?” If you truly want to make something work, just keep trying! About a year ago, an animator approached me with a pitch for a new short film about a little girl and a symphony orchestra. His immense passion for the project convinced me that the film would absolutely be a success, but there was a caveat: the score needed to be recorded by a live symphonic orchestra.

At the time, I remember thinking, “man, I can barely afford rent this month… hiring an orchestra will take me a decade.” I made a spontaneous “rational” decision and promised the production team I would get them their score, live orchestra and all. I immediately applied to a job at a local winery to secure extra funding. For the next four months, I worked fifty hours a week at the winery, working on the score whenever I had the chance. Once I had the funding available, I called in favors from every single musician I knew and personally asked each musician to come into my apartment and record the score, one at a time. After the orchestra was recorded, I reached out to the best mixing engineers I knew to replicate a full orchestra sound with the individual recordings I had assembled. While it was not conventional and I spent more money than I made, I was able to deliver the score and developed a priceless relationship with the director of the film. While this example was extreme, many artists are always ready to go above and beyond with every project; the hardest part is assembling resources to do so.

Can you give our readers some background on your music?
I originally titled the business Michael Van Bodegom-Smith Music, after my full name. I was constantly told that my name is too hard to remember and spell (imagine the difficulty I had remembering my username in elementary school), so I shortened the title to my initials, MDVS. MDVS Music specializes in producing music for film and media. The music can range from sweeping orchestral scores to raging electronic dance: we’re ready to meet any demand. What I am truly most proud of are the personal relationships and profound collaborations that have spawned from MDVS Music. I believe these personal relationships and collaborations are also what set us apart among all the incredible working professionals. It is not simply delivering a product to a client when I take on a project: it is an adventure.

The client and I create a stream of constant communication until we agree on the exact product desired. It is not simply about meeting the deadline as quickly as possible (yes, that is extremely important), but it is never sacrificed for true collaboration and quality. Whether I am working with other musicians, filmmakers or game developers, the top priority is always to ensure fair treatment to everyone involved. The genuine desire for collaboration and creation as well as kindness and benevolence can easily be lost under tight deadlines and high stakes. At MDVS Music, no matter what the situation is, fair treatment and a true desire to create something amazing is never lost.

Any shoutouts? Who else deserves credit in this story – who has played a meaningful role?
I am incredibly fortunate to have an amazing variety of friends, mentors, clients, and teammates that have helped me along the way. Failure can be the greatest teacher, but it can also be devastating. My friends and family constantly help me back up whenever I am in a pinch, and for that, I am forever grateful. When I was a student at Columbia College Chicago, I was told to take advantage of the resources available, including the faculty. I consistently went to office hours with the chair of the music department, Sebastian Huydts, where he offered private composition and orchestration lessons to me. Sebastian, along with other outstanding faculty members like Scott Hall and Ilya Levinson, always went above and beyond to assist and encourage me. The music industry can be tough but there are so many benevolent professionals who are truly dedicated to helping out those who are new to the industry. Composers such as Andrew M. Edwards and Kubliay Uner are always there to answer any miscellaneous questions I have.

A few years ago, I met Adam Dib, Tomás Videla, and Liam Rice in Kubilay Uner’s MFA program “Music Composition for the Screen”. These three composers have helped me out tremendously every step of the way, and I’m happy to call them great friends and share a network of support. The instrumentalists I have worked with are responsible for bringing all of my music to life. Many of the performers are incredibly benevolent and record their instruments for whatever crazy project I happen to be working on. Without them, the music truly would not be the same. We are lucky to live in a world today where a majority, if not all, of the work, can be done at a computer, but I will always appreciate the musicians who bring new meaning and passion to the music.

Of course, I wouldn’t be able to do what I do without collaborators like Carlos Douglas Jr. and John Cassidy. When I work with them, it is so much more than delivering a product to a client. There are nights where one of us will call the other out of the blue and start pitching ideas for a new project. With the fast-paced nature of the Los Angeles creative community, it is vital to have collaborators who are always there to create art with you. There are far too many people to list, and they have helped me in too many ways to count, but I know for a fact that I wouldn’t be where I am today without every single person who has helped me in some way, shape or form. 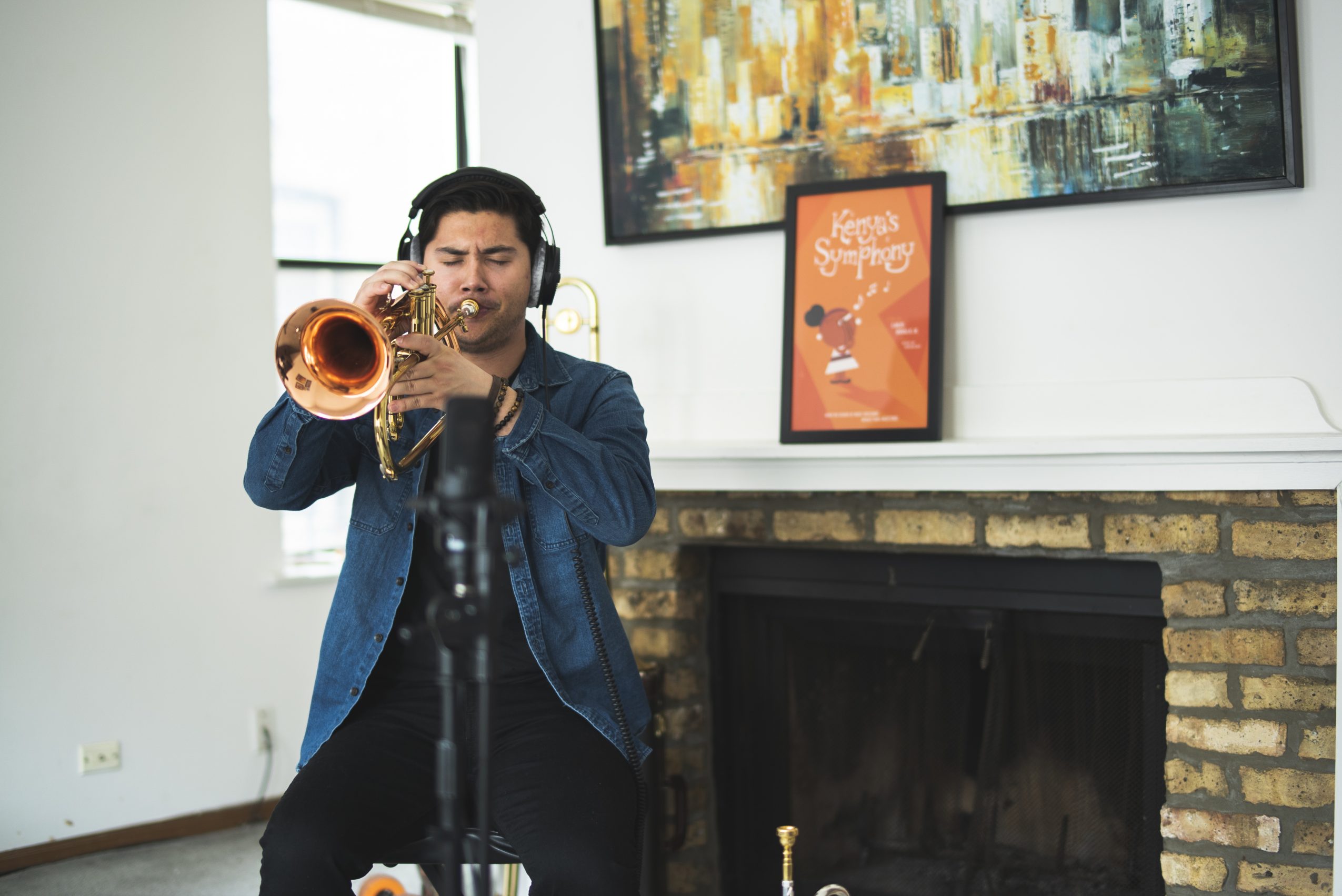 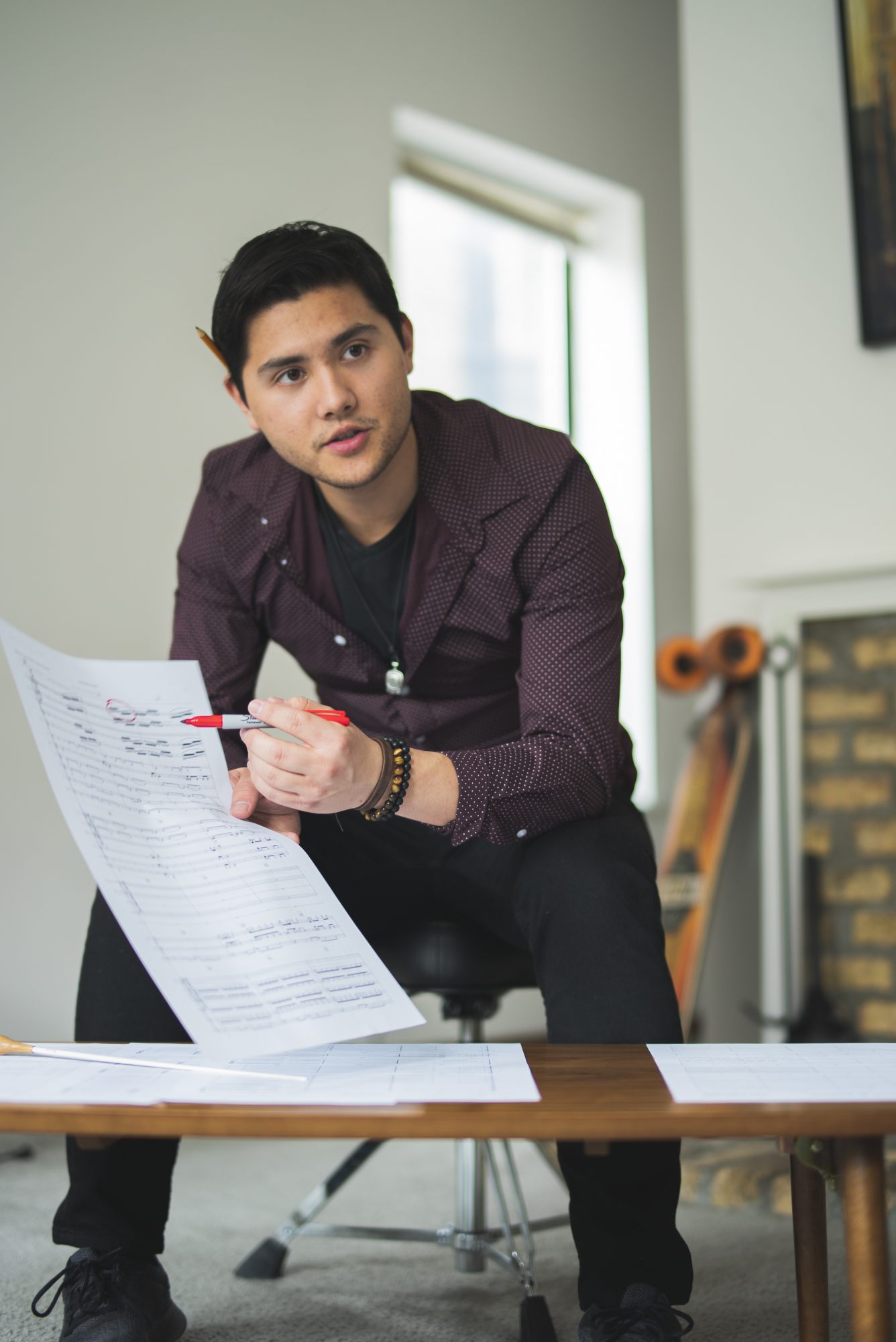 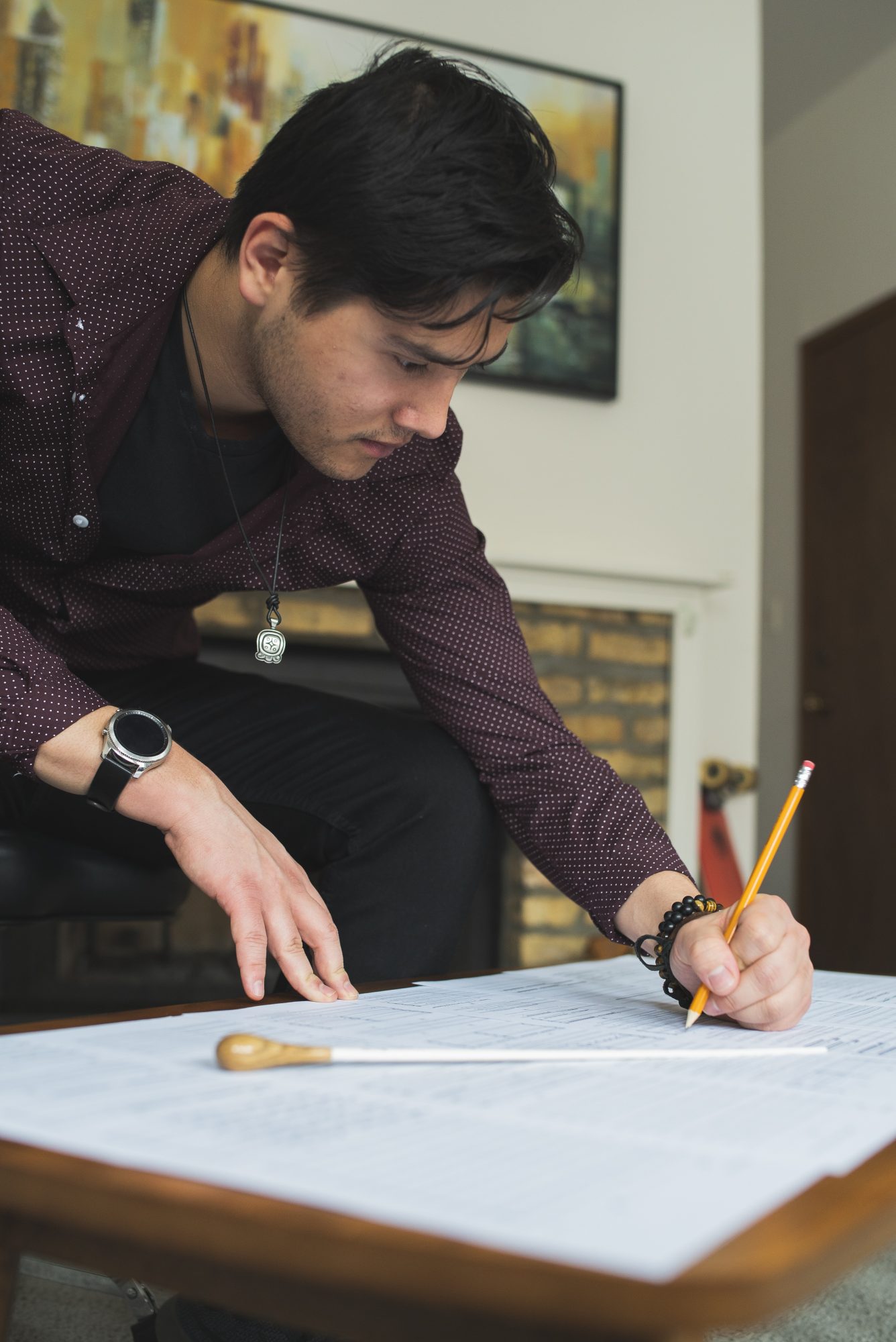 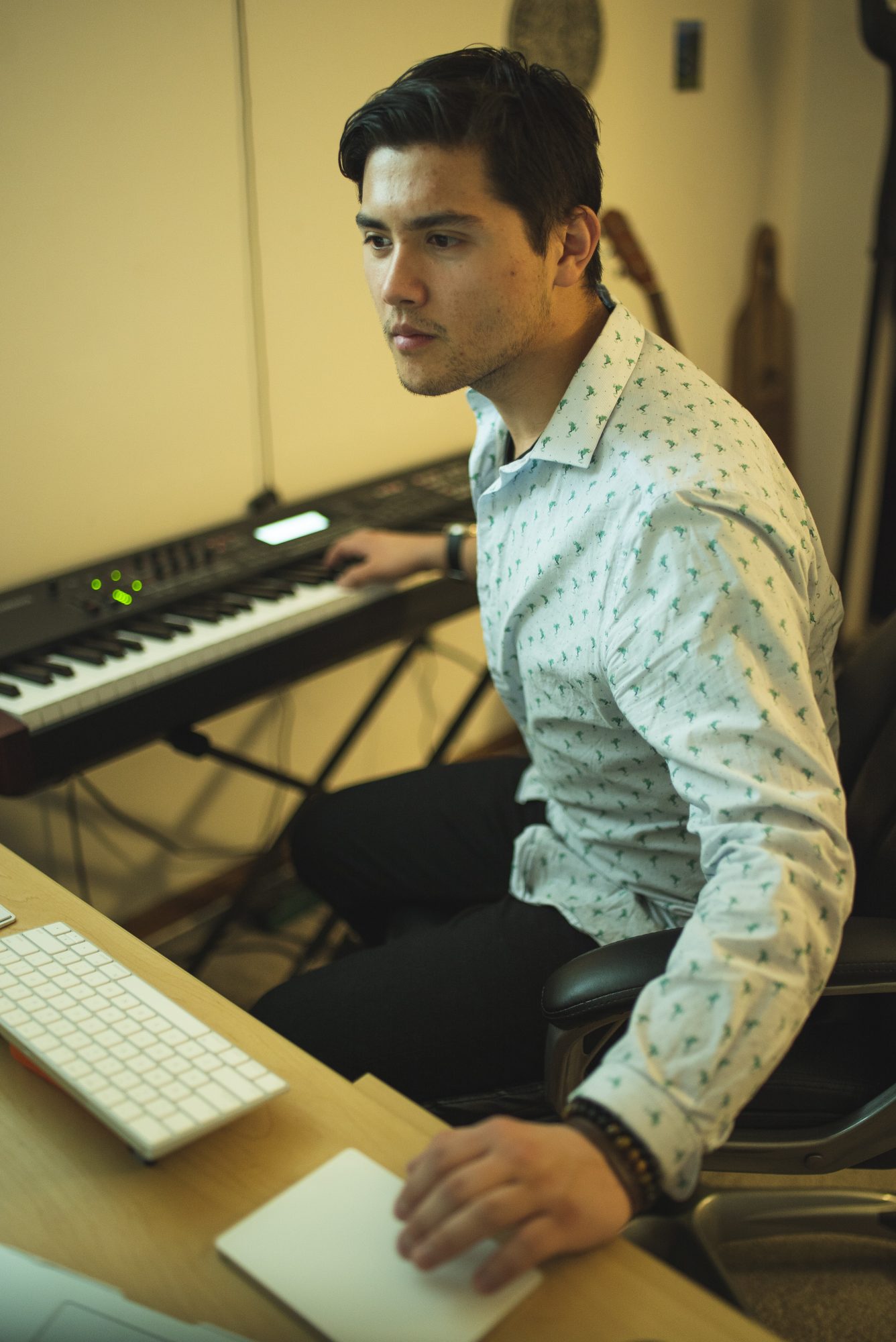