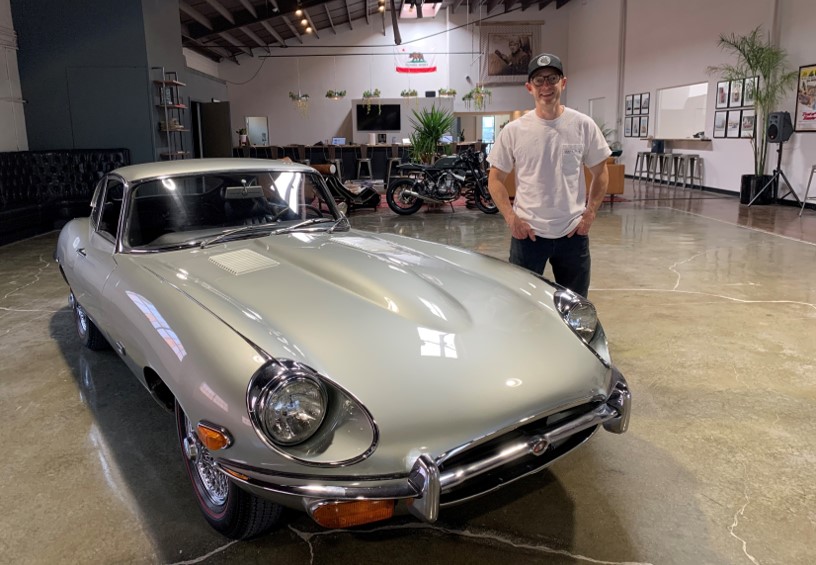 Today we’d like to introduce you to Michael Rapetti.

Michael, can you briefly walk us through your story – how you started and how you got to where you are today.
The idea for The Motoring Club has been brewing in my head for a number of years, but about a year and a half ago, I decided to take the plunge and turn my idea into a company. The idea started off as a concept that I’m sure many other car enthusiasts have dreamed of – the desire for a permanent space where fellow car enthusiasts can gather seven days a week.

I’ve worked in tech for most of my career and have been lucky to work for some great brands like Twitter, Vroom, AdRoll and Marine Layer but have always dreamt of creating a brand of my own in a field I was passionate about. I come from a family of entrepreneurs and have always dreamt of doing my own thing but no idea I have ever had seemed worth pursuing until I started to think about what The Motoring Club could become.

How I got from idea to launch might sound a bit like a made-up storyline, but I truly took a 180-degree pivot in life to give this a go. I was living in New York City (where I’m originally from) and was working for Vroom, in the automotive industry as their Director of Business Development when the idea for The Motoring Club took seed. After teasing the idea around and getting a bunch of positive feedback, I decided to drop everything to try and make it happen. I left my job, broke up with my girlfriend, broke the lease to my apartment and packed up my truck for Los Angeles. I moved out here with no exact plan or place to live but figured I would give myself a year to develop the idea, meet as many people as I could and see if I could create a business out of it. The last year and a half in LA has been a total roller coaster, complete with nights charging Bird scooters to pay bills. After a lot of hustling, I’m proud to say that I’ve opened the doors to the first Motoring Club location, an 11k sq ft warehouse in Marina Del Rey. It’s as close to my original vision back in NYC as I could have ever dreamed and I’ve met some incredible people that have motivated me to get this up and running.

Great, so let’s dig a little deeper into the story – has it been an easy path overall and if not, what were the challenges you’ve had to overcome?
It has definitely not been a smooth road and there were countless day and weeks where I wondered why I was choosing to put myself through this. Starting a company and being an entrepreneur can sound very exciting and glamorous but the reality has been quite the opposite. I don’t regret a minute of it but I think it takes a different breed of person who is willing to put up with a lot of stress for a slim chance at potential success. Many days I wondered why I couldn’t just be happy living the comfortable tech life filled with free lunches and plentiful benefits but the desire to try and create something new won over. I chose to bootstrap my year+ exploring the idea before raising a small round of funding so the struggle to balance the amount of time required to start the company with making some money to pay bills was a challenge. I gave myself various timelines for how long I would give myself before giving up, but I blew through them all because I could not ignore the momentum I had built up. This caused me to use up my savings. To get by I dog sat, took some small consulting gigs and hustled charging Birds at night. It’s also a pretty lonely existence and one that is filled with rejection so it forced me to have a tough skin. I started this as a solo venture but I’m lucky that I’ve been able to bring great investors on-board along with a business partner, Ryan Phinny an Indy Car driver that I met by chance through a friend at a coffee shop. Most people will not understand your idea or get it but you have to keep reminding yourself that many inventors and entrepreneurs were viewed as crazy or wrong at first!

The Motoring Club – what should we know? What do you guys do best? What sets you apart from the competition?
The Motoring Club is a membership club for car enthusiasts. We have opened up an 11,000+ square foot warehouse in Marina Del Rey that serves as our clubhouse, providing a seven day a week location for car enthusiasts to gather, work, socialize and store their vehicles. Half of the warehouse serves as secure storage for members vehicles while the other half of the clubhouse is an events space, a coffee lounge, and co-working space during the day and a bar at night. Members pay a monthly rate for access to the club, its amenities and all of the events that we will be throwing, whether it’s a casual happy hour, a movie night, an art exhibit or a concert. We are trying to put a fresh, modern spin on an old school car club and create an accessible and creative environment for people to meet and share their love of cars. The concept of a car club is not new but I’m proud to say that we are carving out a new niche and creating a fresh concept with an expansion plan that has not been attempted. I’m excited with the prospect and the potential to grow and create something totally new.

What moment in your career do you look back most fondly on?
The proudest (and maybe scariest) moment was getting the key to this warehouse after signing the lease. Throughout my career, working for a variety of companies I didn’t really ever think that someday I would get to take possession of such a massive physical space to turn a concept into something that people can enjoy. Getting that key and walking in the empty space, excited for what I could build and all that I went through to get to that point was a pretty solid feeling. 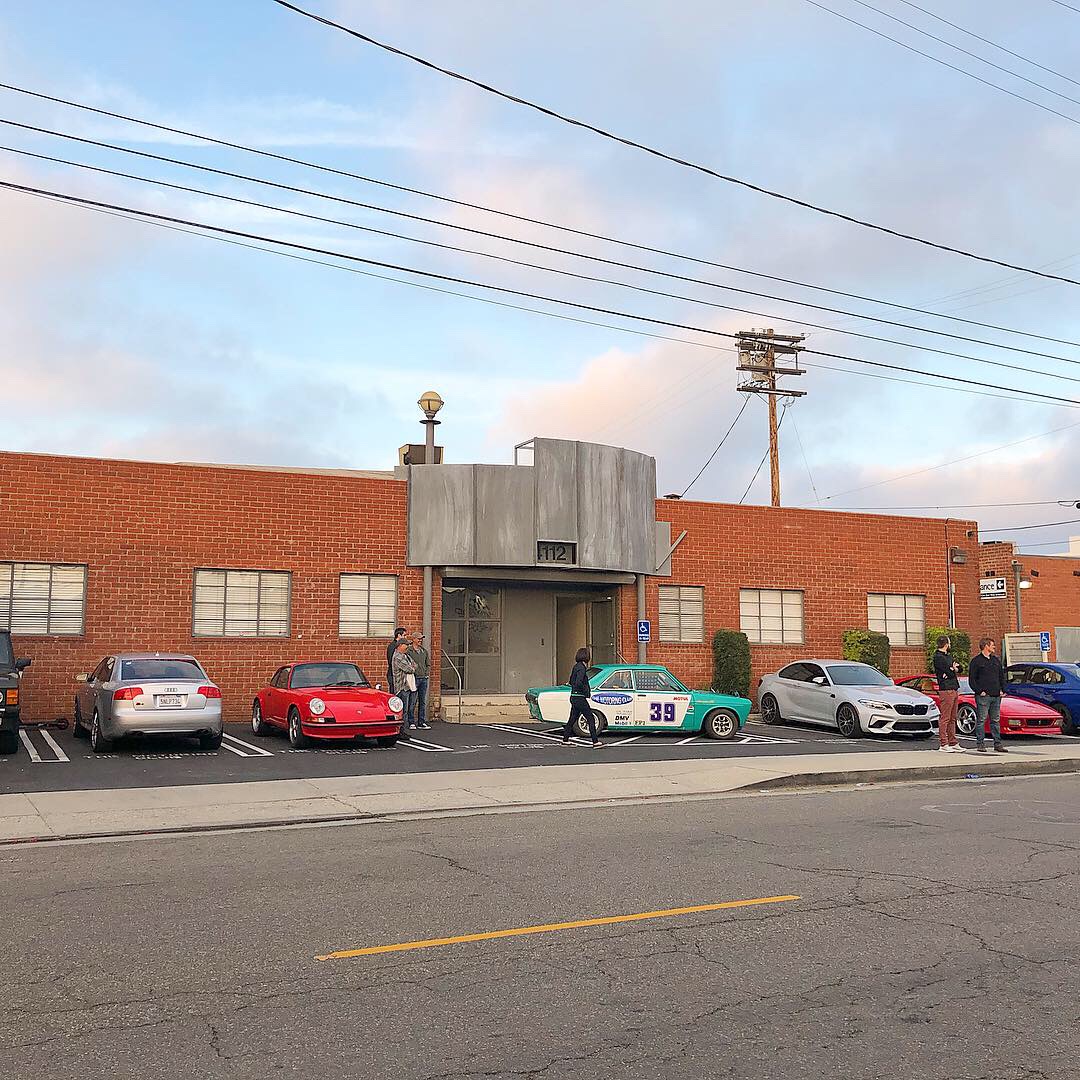 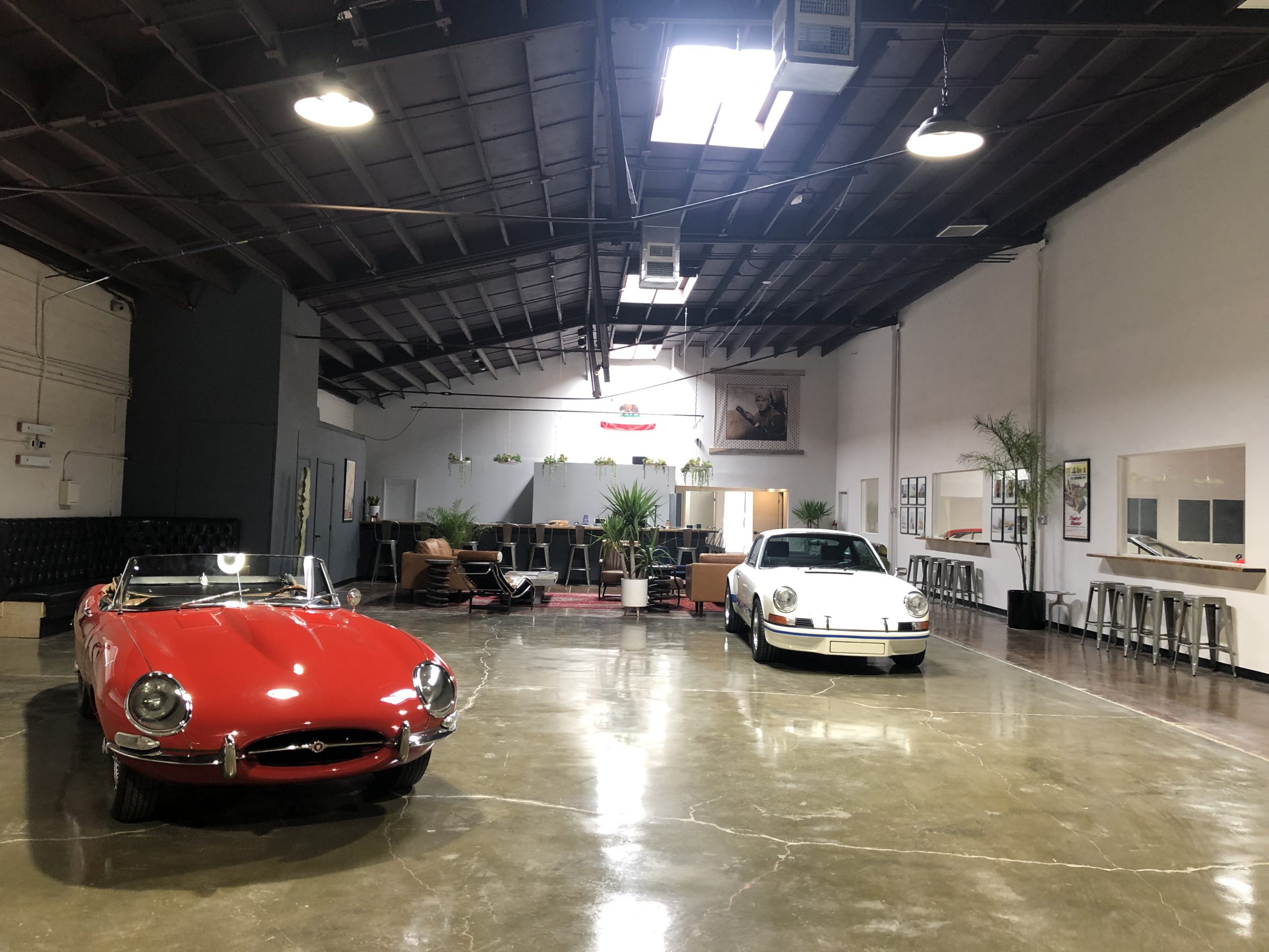 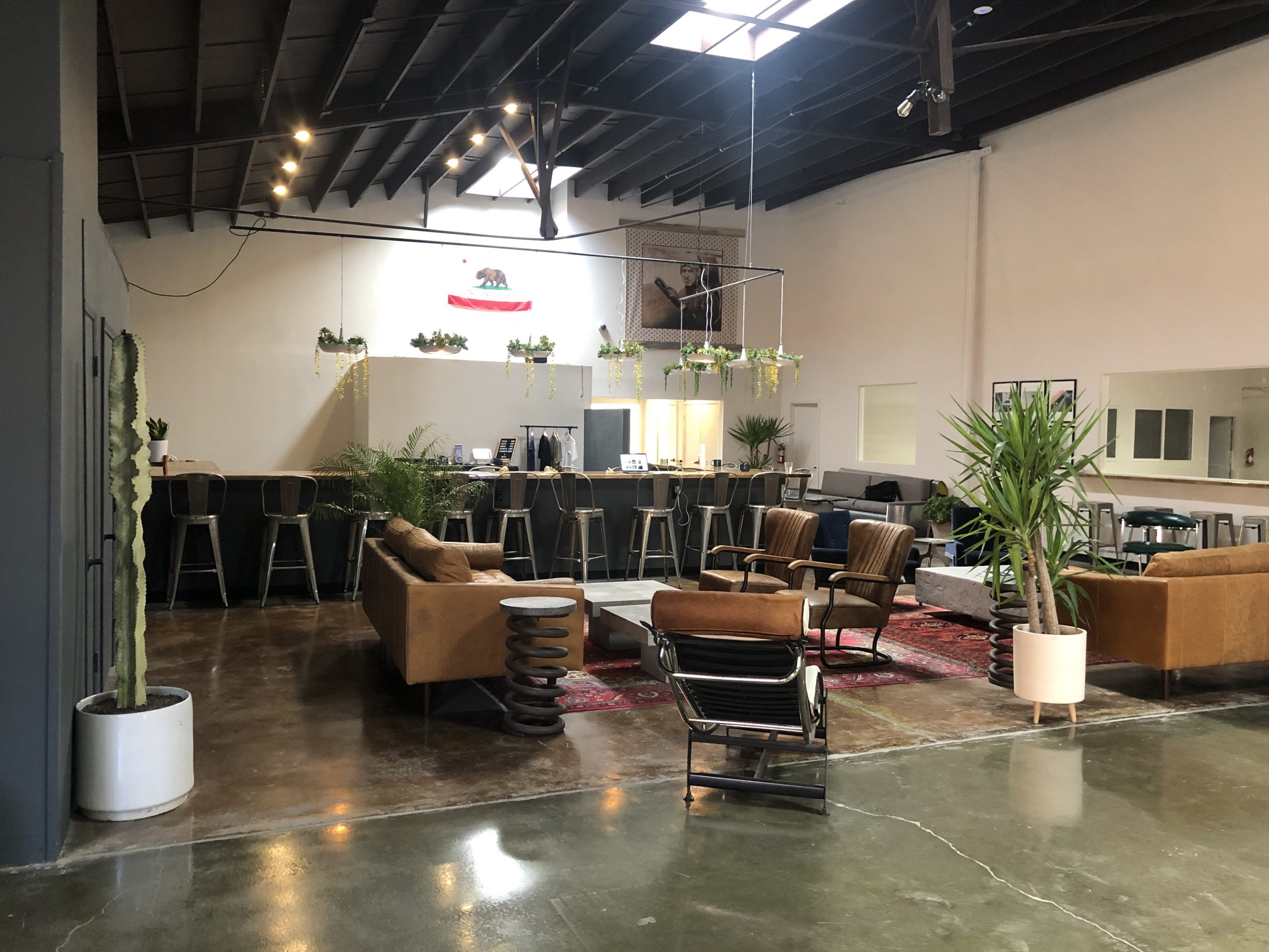 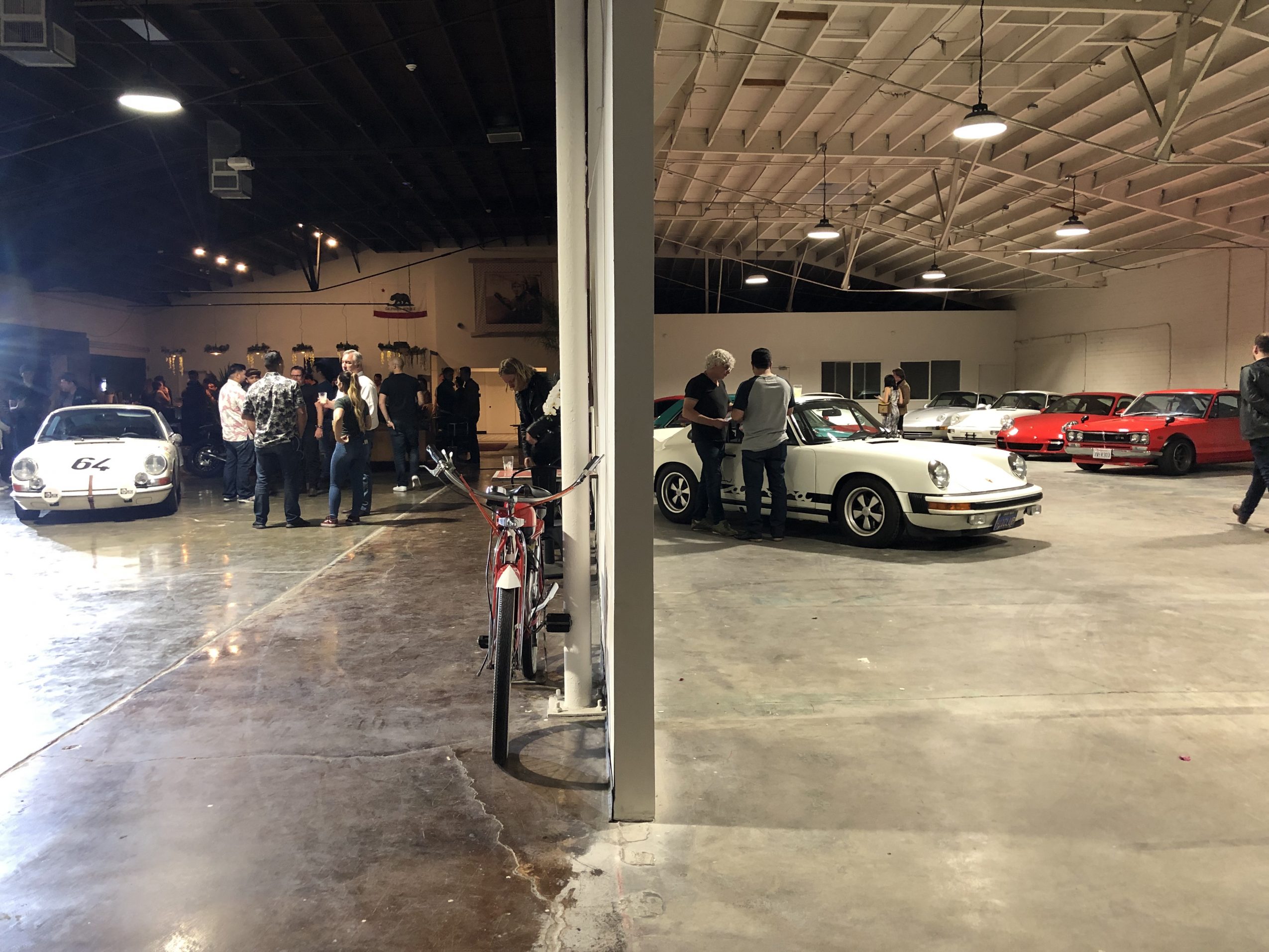 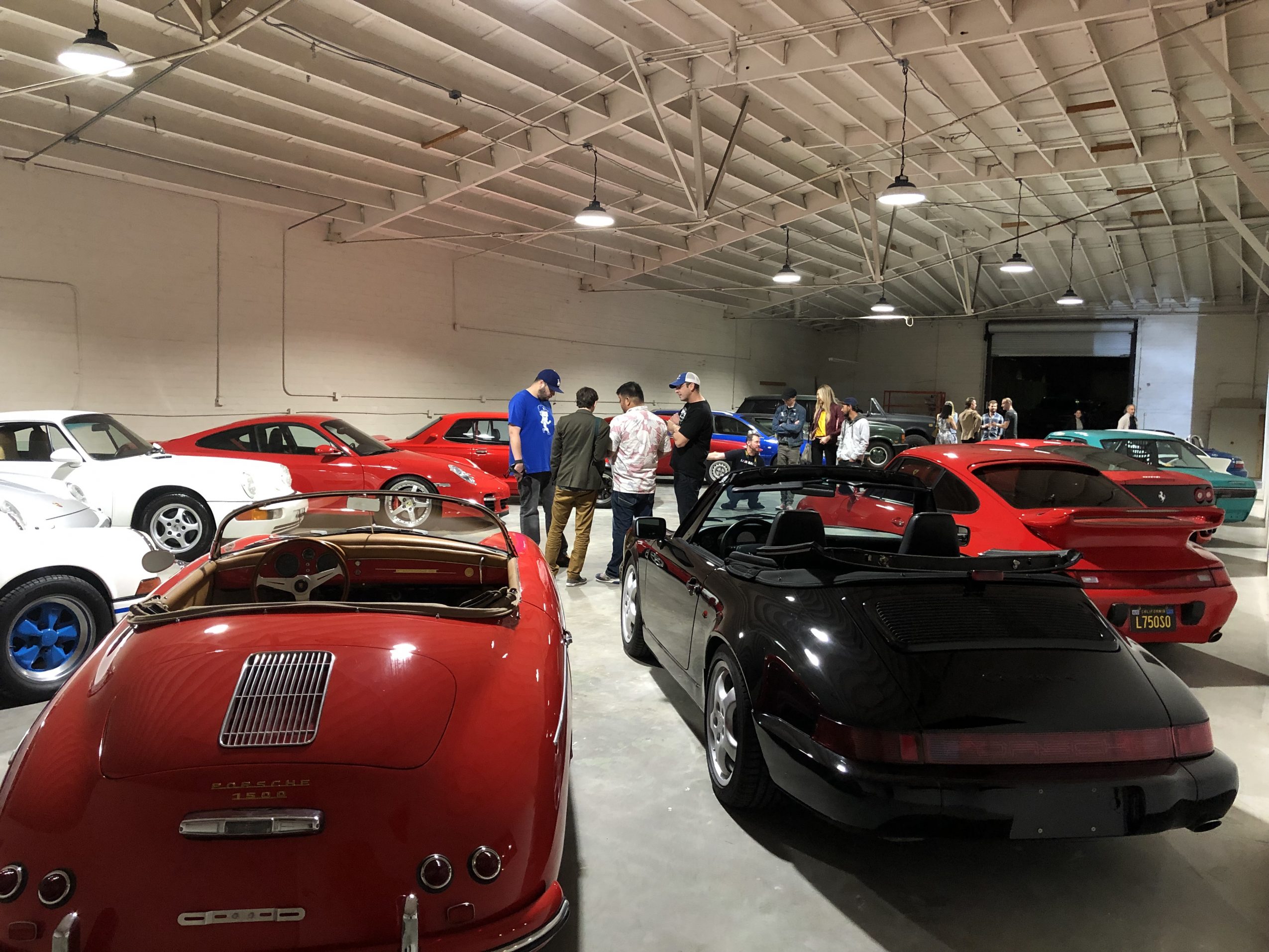 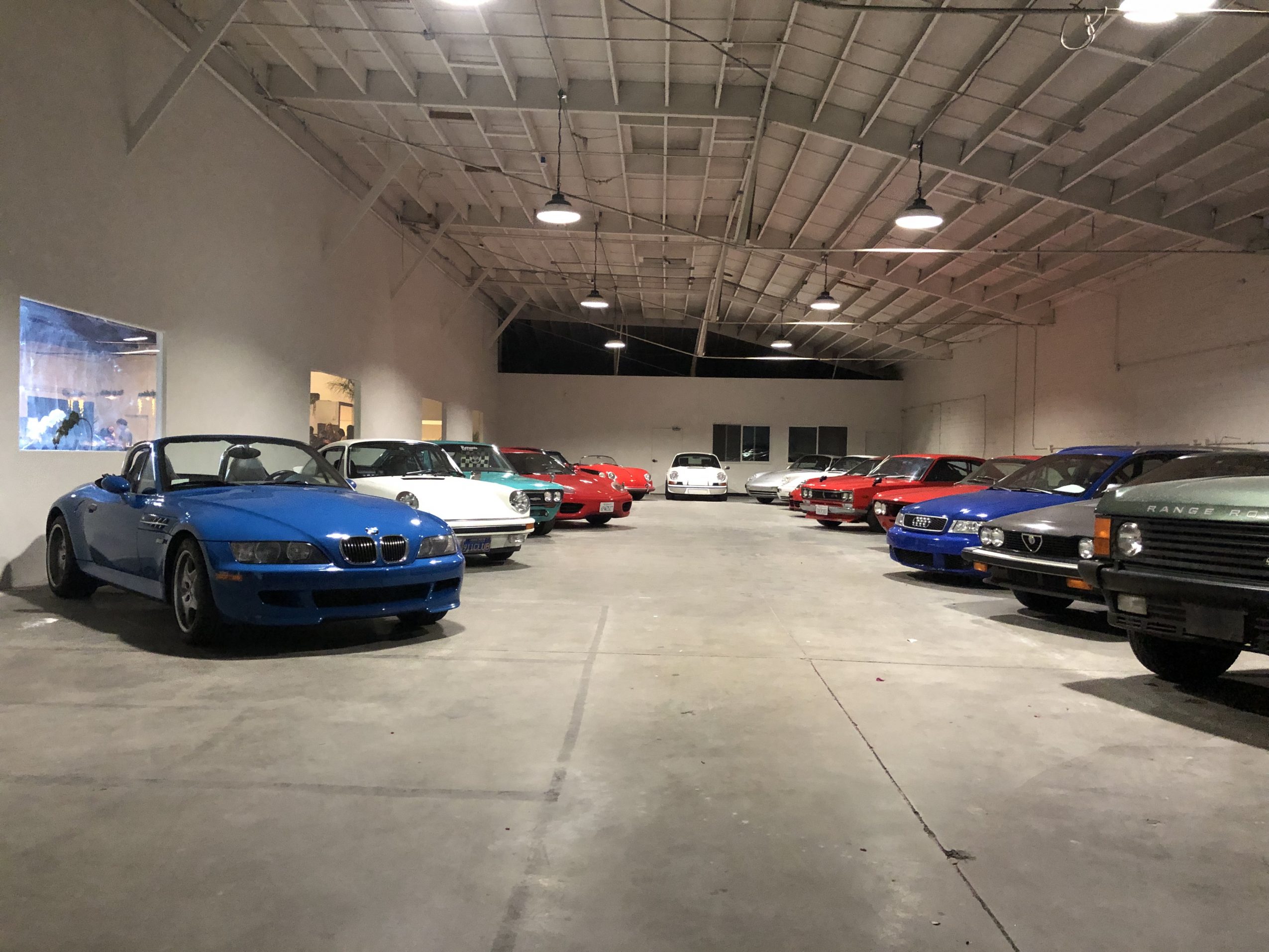