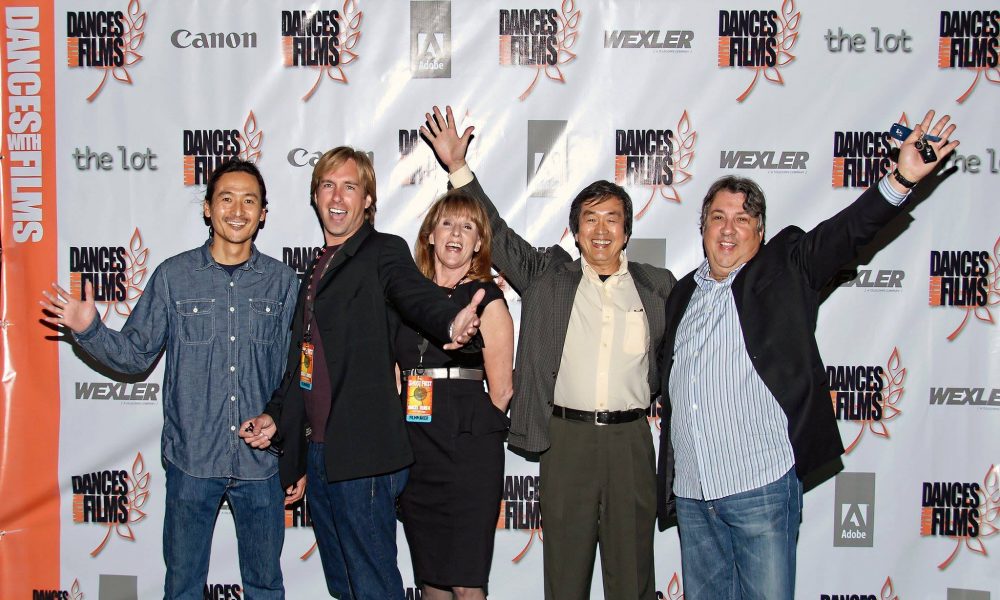 Today we’d like to introduce you to Michael Madison and Linda Nelson.

Michael and Linda, please share your story with us.
Michael and I met in 1999. He had just finished college at Texas Tech in Lubbock, Texas and had moved to LA to pursue a career in the entertainment industry. I owned a company that was developing large-format theaters. Michael took a job at my company and soon after, we had an opportunity to produce a concert film that was to be shown in Imax theaters all over the world. We decided to start a production company together, found an investor for $5,000,000 and a year and a half later, NSYNC BIGGER THAN LIVE was finished and had a big red carpet premiere at the California Science Center in downtown Los Angeles. At that time, all the IMAX theaters were located in science museums. Thinking we were on the way to a big movie-making career, we tried and tried to get financing for another film. All our efforts failed and we had to close up shop and move from Beverly Hills to Highland Park, which at the time was quite gang infested. My BMW got torched, I took a job at Target and Michael went to work at a juice bar in an Armenian Gym in Glendale. A few months later, we found the perfect job to resume our movie-making. We took a job managing a big storage facility in Glendale with over a thousand units. The best perk of the job was a big three bedroom house on site.

For the next ten years, we worked our day job managing the property and in the evenings and days off, we wrote and produced two low-budget feature films and six national commercials. In 2007, when we were showing SHIFTED at film festivals, we were getting distribution offers, but they were so bad that we couldn’t imagine how we could ever make a living making movies. There were other filmmakers facing the same dilemma. The internet was really just starting to grab hold and we decided that we would try to start our own distribution company. We gathered some films from other filmmakers and Indie Rights was born. We started small and most of the early companies we worked with didn’t survive, but the ones that did have become important partners for our business.

Our film, SHIFTED was the first indie film to be downloadable from Amazon, back in 2007. It was such a radical idea at the time, Variety wrote an article about us that year. No one knew we were operating out of a storage facility and we continued to make another movie there and shoot six national commercials before our company was strong enough for us to move out. We got a new place in downtown LA, just big enough to survive and continue to grow our business. Since then, we have moved twice to a larger space and have expanded our company to where it is today.

Has it been a smooth road?
It’s been a very challenging road, but we persevered. We started out with a big bang, producing a $5,000,000 movie, only to fall on our faces. We had to close our office in Beverly Hills and move to a really bad neighborhood because it’s all we could afford. We worked for practically minimum wage for a long time, in exchange for a place to start over, make movies and build our distribution business. When we couldn’t raise money to make movies, we opened a bunch of credit cards and maxed them out to shoot a movie. Then we got a chance to shoot some commercials and we were able to pay off our credit cards. It took a while, but we did it. We worked really hard to build up our business to the point where we could leave our day job behind. It was very scary because we were barely getting by in a tiny live/work loft on the edge of Skid Row, but at least, we could work on our company full time. All this time, our company was growing and we were able to move to a bigger space so that we could continue to expand our business. Now, our business is global and we travel to Cannes each May for the Cannes Film Market and Festival. It’s taken a long time, but it’s been worth it.

So let’s switch gears a bit and go into the Indie Rights story. Tell us more about the business.
We actually built a small movie studio. We produce films and we distribute films. Right now, the distribution company is our major focus as we believe it will eventually allow us to fund our own movies and even invest in movies made by other filmmakers. We started with the distribution business with five movies in 2007. Now we have a library of more than 550 films and growing. We started selling DVD’s on the internet and then as the internet improved, we started selling digital versions of feature films through our partners like Google and Amazon. Now you can find our films on all the major platforms and not only in the US but globally.

We are most proud of the fact that we have built our company from the ground up, with no debt and no investors. This means that we can execute our vision for the company without having to worry about investors or lenders. Because our business is primarily digital, we can run the company in a very lean manner with very little overhead. This has allowed us to offer a very fair deal to filmmakers. Our business model is very unique in the industry, in that we pay our filmmakers 80% of all revenue earned and we don’t charge any expenses. We’ve never missed or been late paying our filmmakers since we started the business. Another thing that sets us apart is that we really try to educate our filmmakers about how to find an audience for their films and we have a private community for all our filmmakers so that we can all support each other. This has encouraged many of our filmmakers to keep making movies and to keep working with us on the distribution.

How do you think the industry will change over the next decade?
That’s a really tough question because the technology behind our business is constantly changing. A few years ago, Apple had a major leg up on everyone with most people watching movies on iTunes. Then Amazon, Google, Netflix and others moved in and most people watch movies on several different platforms now. The biggest change taking place right now is a total blurring of the line between broadcast/cable/VOD platforms. Most people call everything that’s on their TV, TV, no matter what the source. Traditional TV is disappearing. People want to watch what they want when they want to watch it and they might watch it on a TV, a computer, a tablet or even their phone. Our challenge is to keep up with the technology and make sure that our movies and TV series are available on the top viewed outlets. So far, we have been able to do that. We have our own editing capability and are able to encode content in any format required by an outlet.

One of the reasons we moved to our current location is the quality of our internet. Right now, we use AT&T with a fiber optic connection and have 1,000 Mbps upload and download. We use Aspera to deliver enormous files to our various content distribution partners. Currently, filmmakers deliver their movies to us on small external hard drives, but soon we will be moving our business to the cloud. Filmmakers will be able to upload their films to our drop box in the cloud and then we can manipulate the data there, reformat it and with a few clicks, deliver it to our partners. Then, we will no longer need to store 500 movies in our office and in fact we will have an unlimited amount of storage in the cloud. Already, we are licensing much of our content to foreign buyers without having to leave our office. While it is wonderful to go to Cannes for the film market each year, I’m not sure that this will continue to be the way that films are licensed to foreign territories. We’re excited about the future and can’t wait to see what’s next.

Technology is changing so fast these days, it’s hard to imagine what will happen with our industry, but because we are small and nimble with no debt, we are well positioned to adapt. We have certainly benefited from that up till now, as we have seen many huge DVD/film distributors go out of business, like Alchemy because they have huge overhead, debt and investors. We plan to continue to stay on top of the technology, adapt and grow and make another feature film ourselves in the near future. 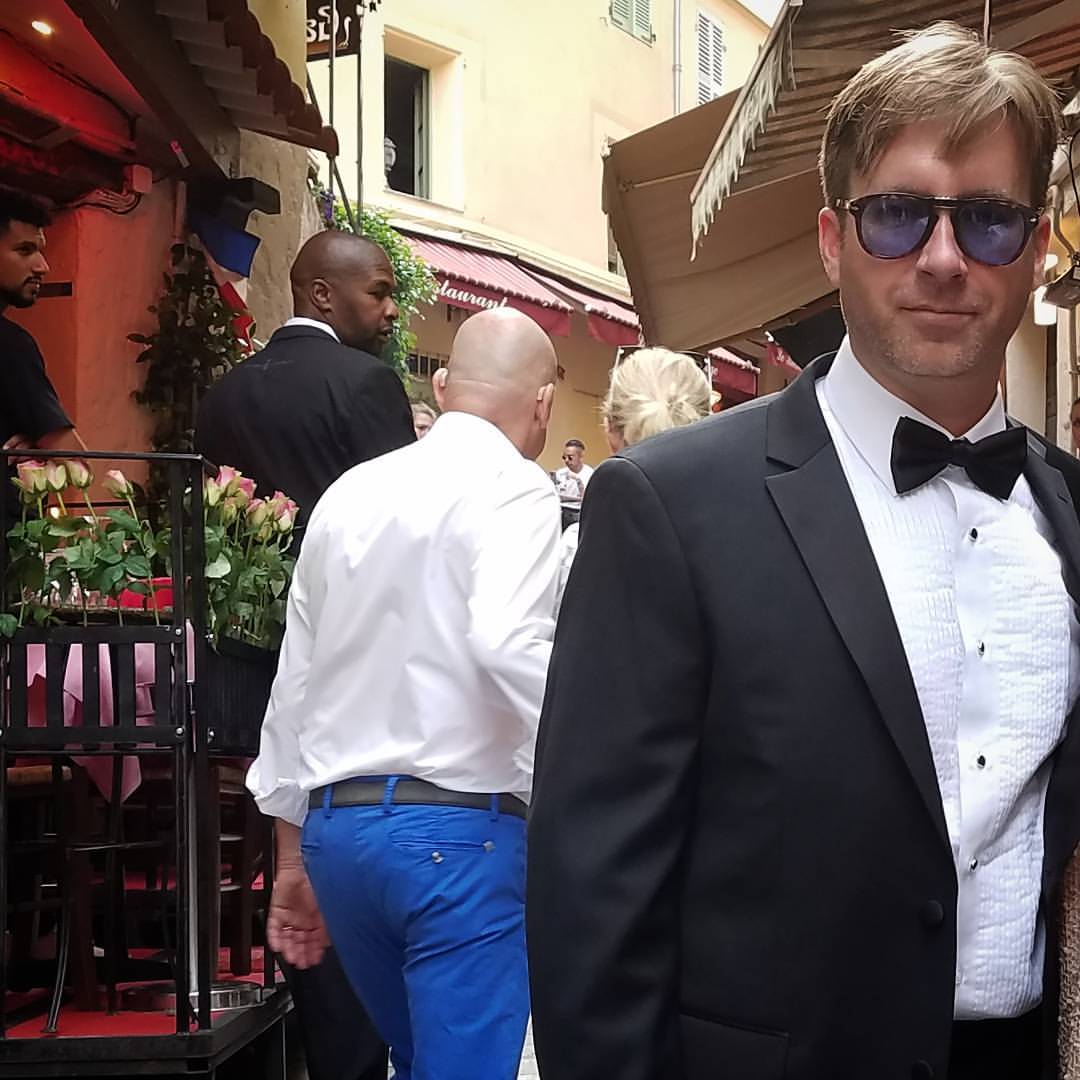 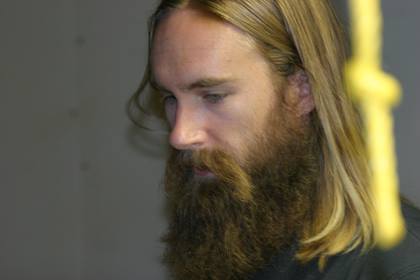 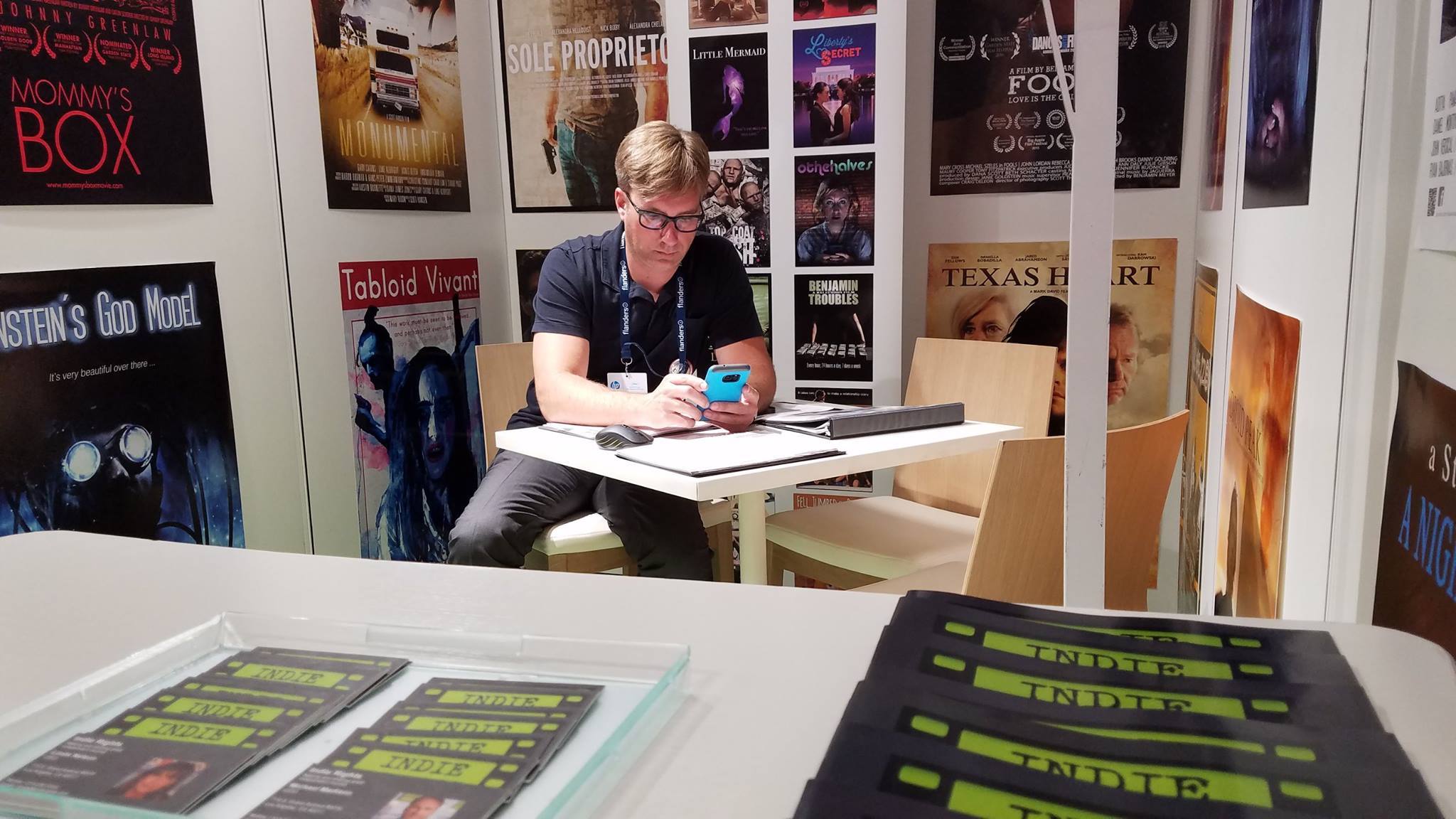 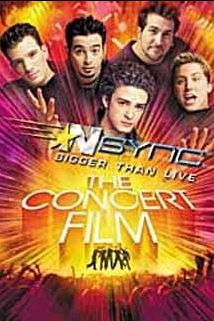 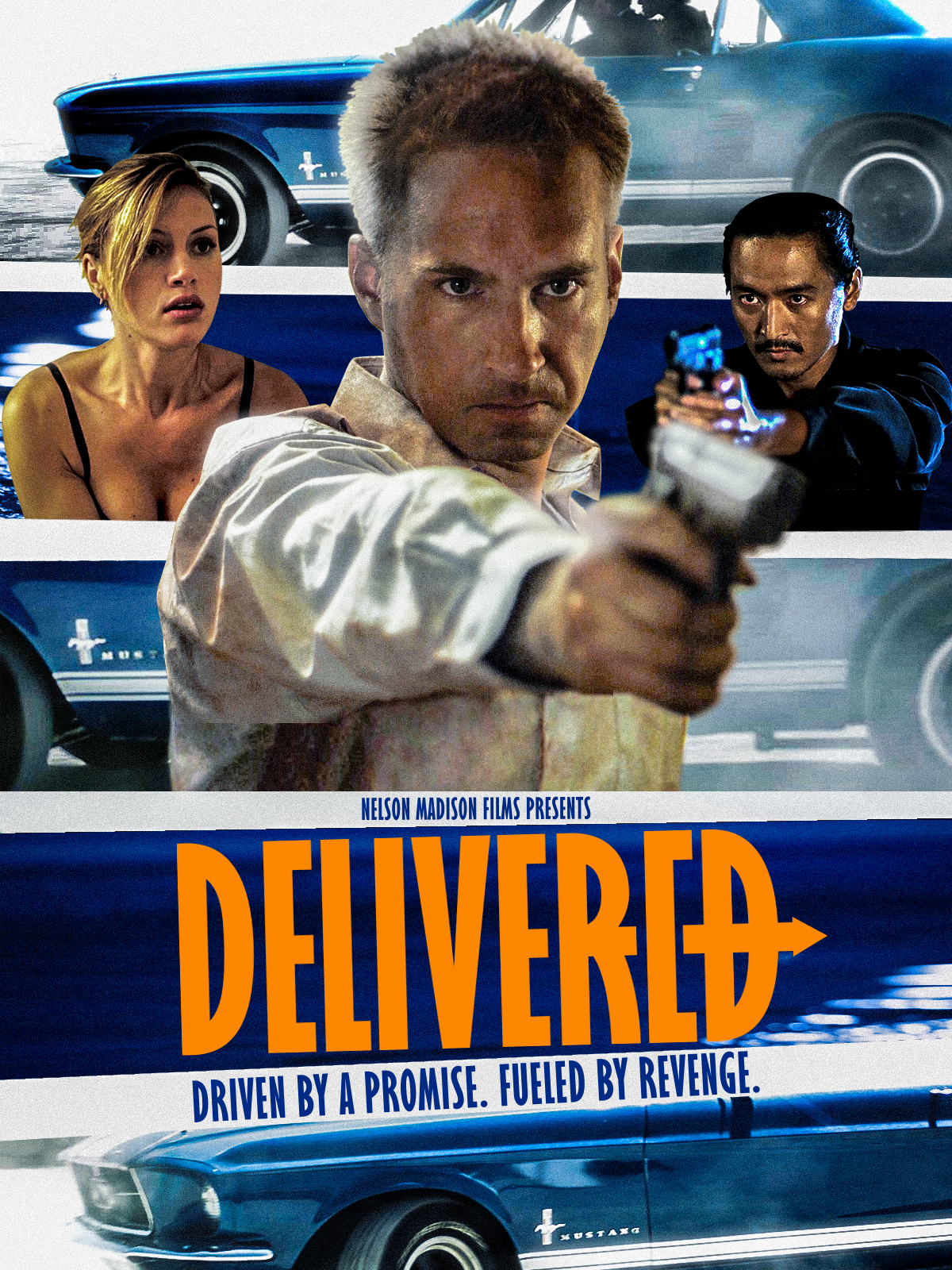 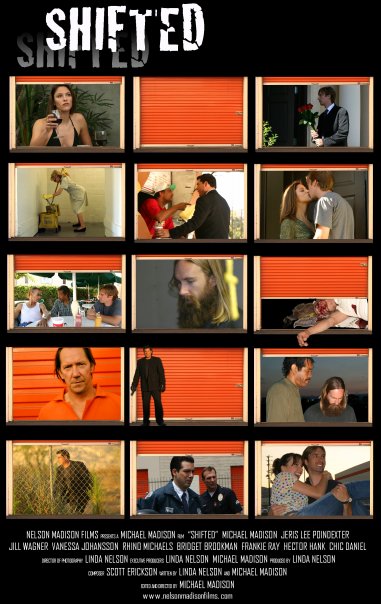 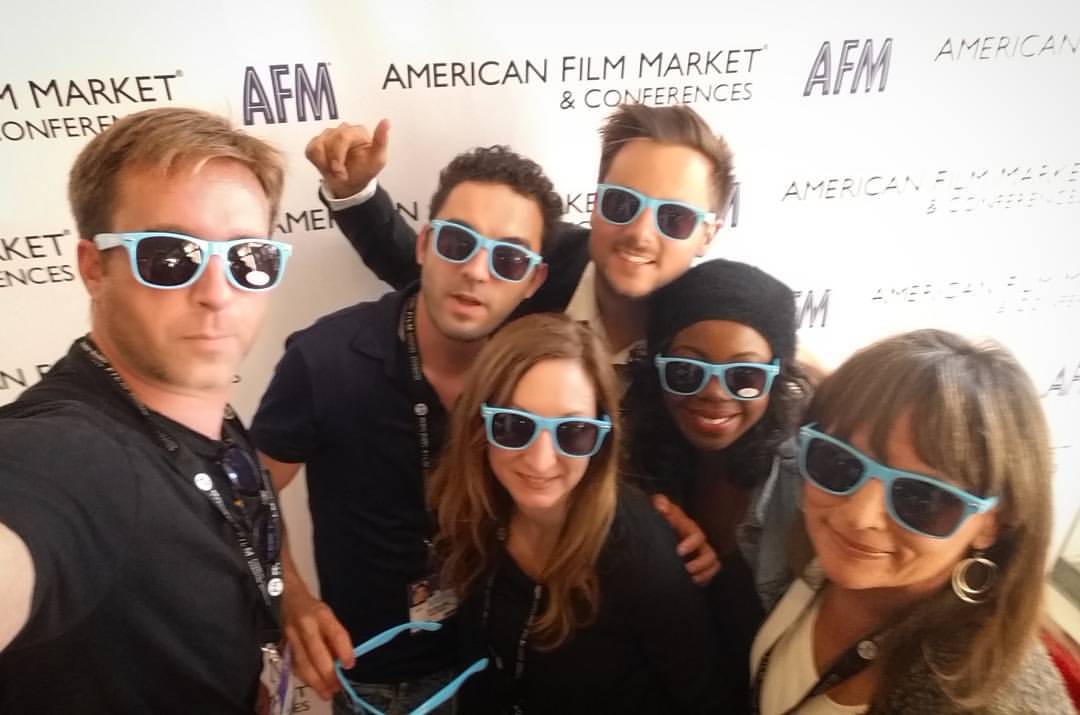 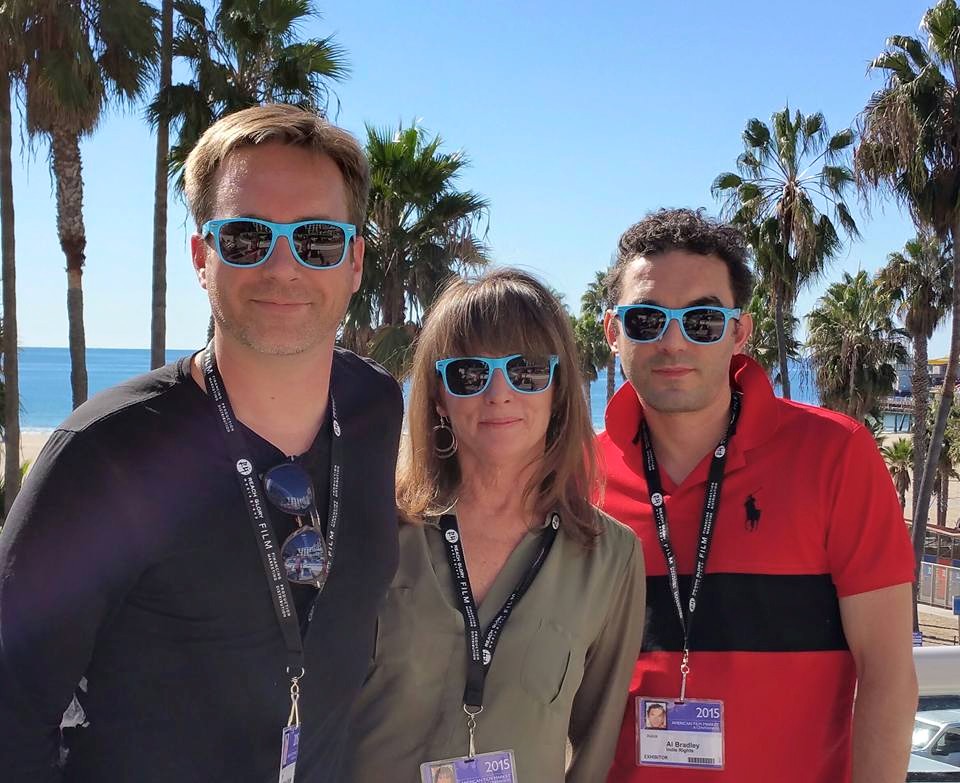 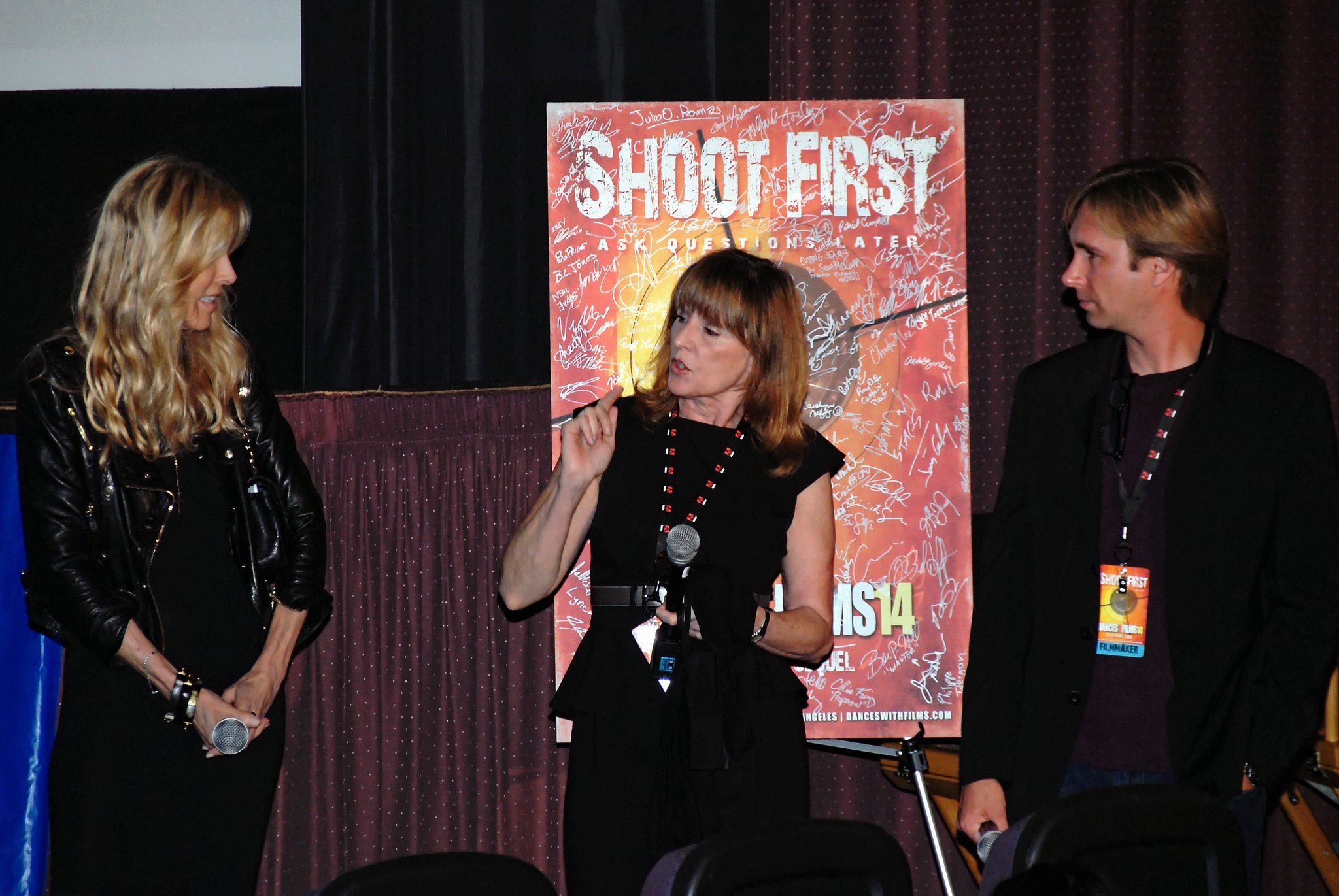 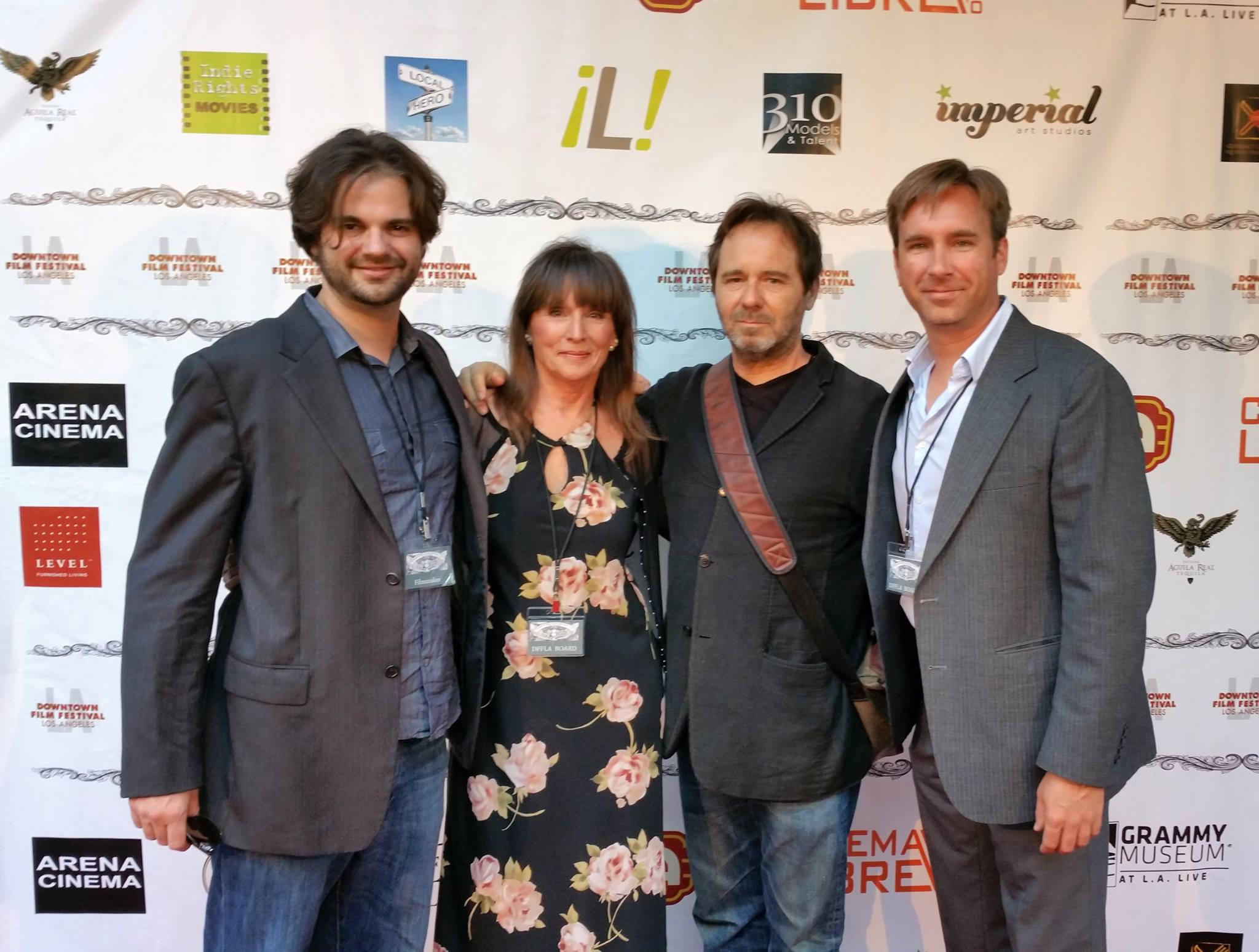 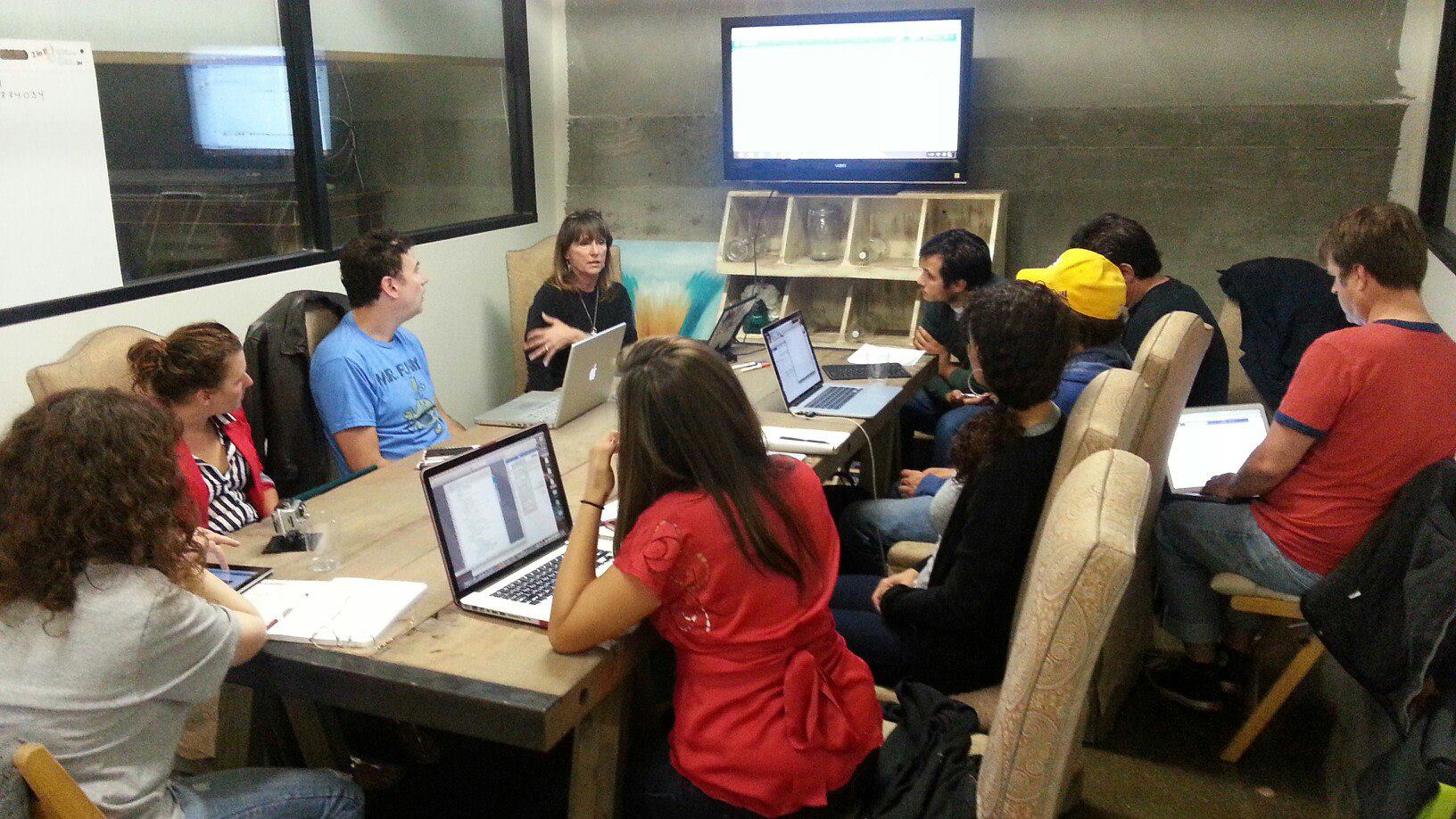 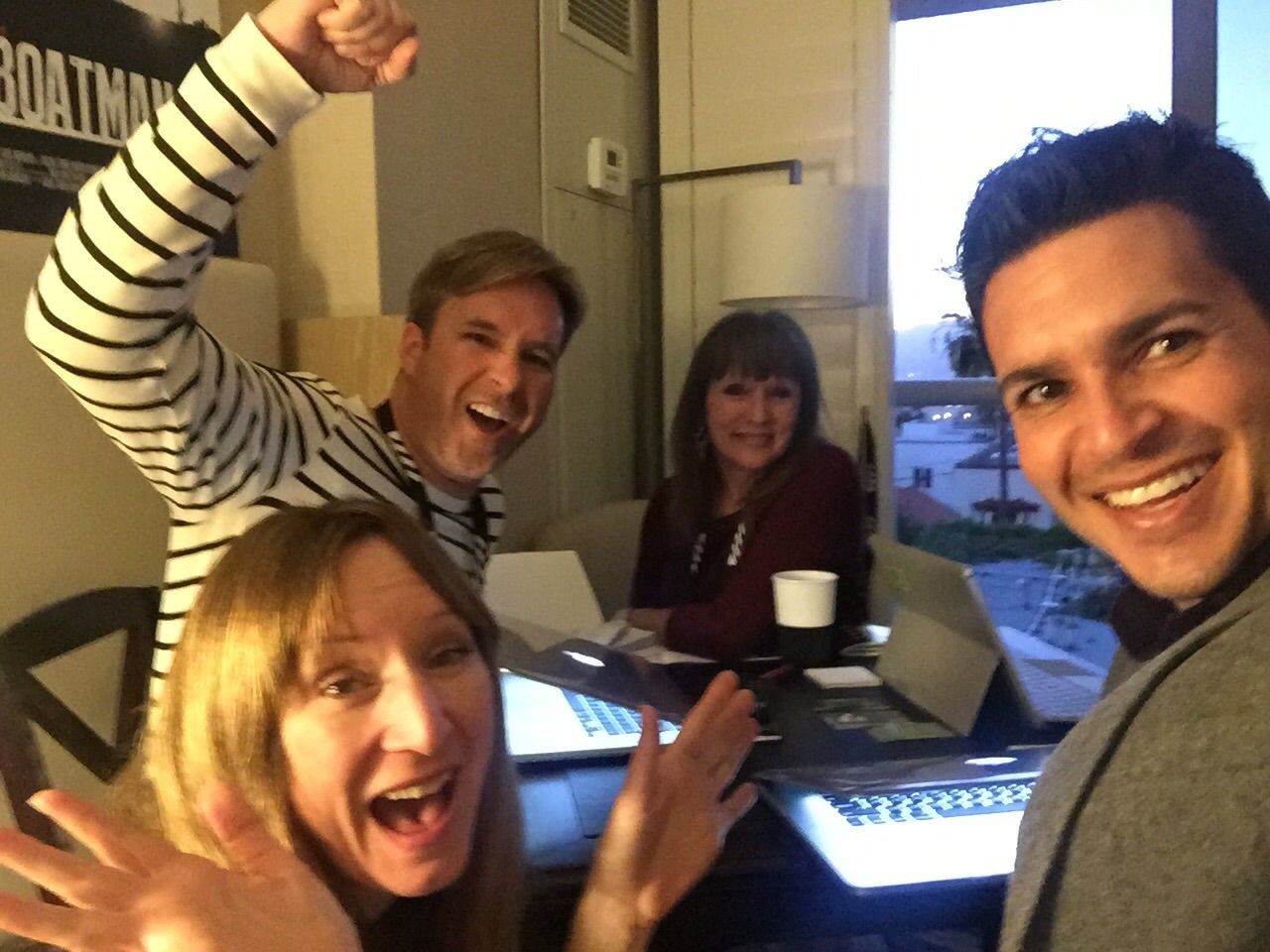 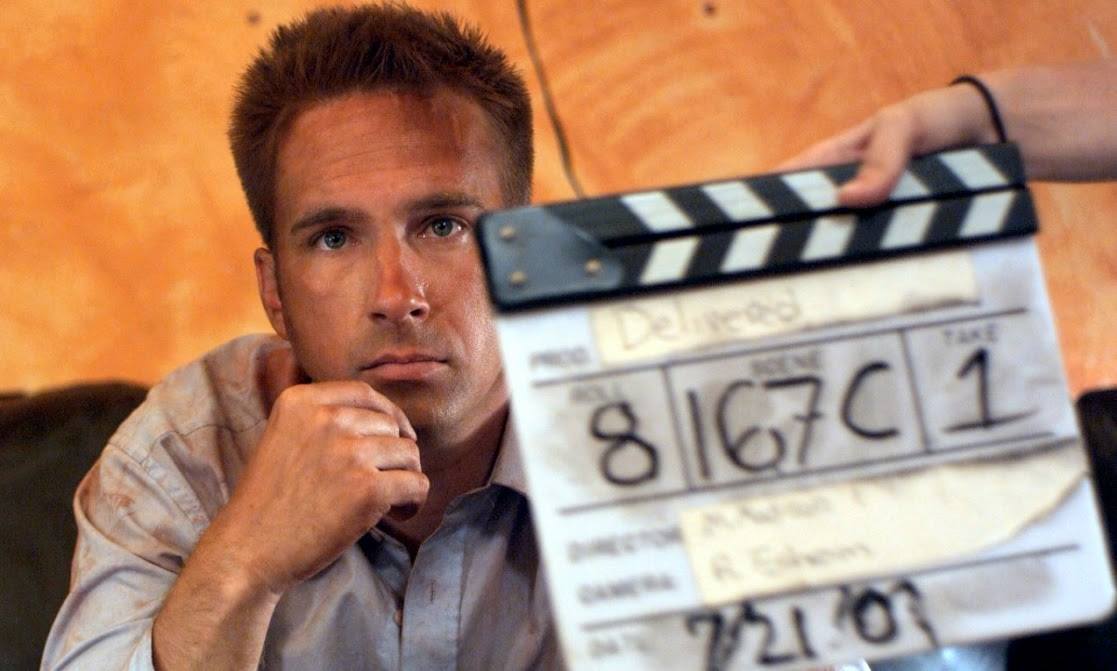 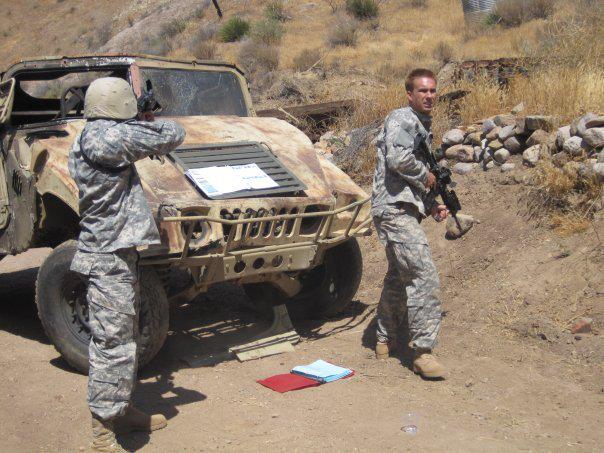 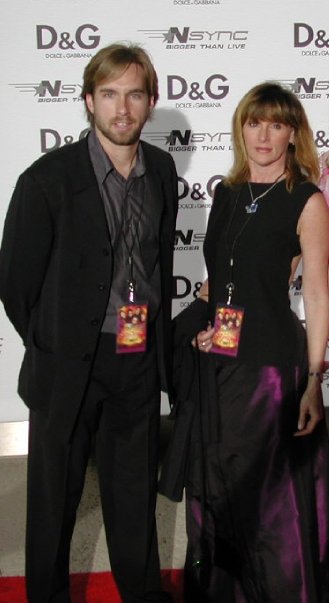 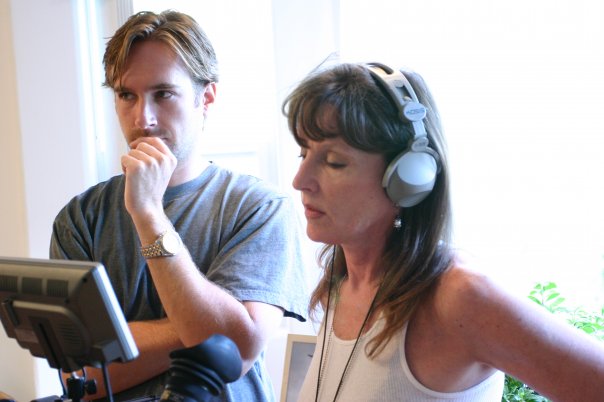 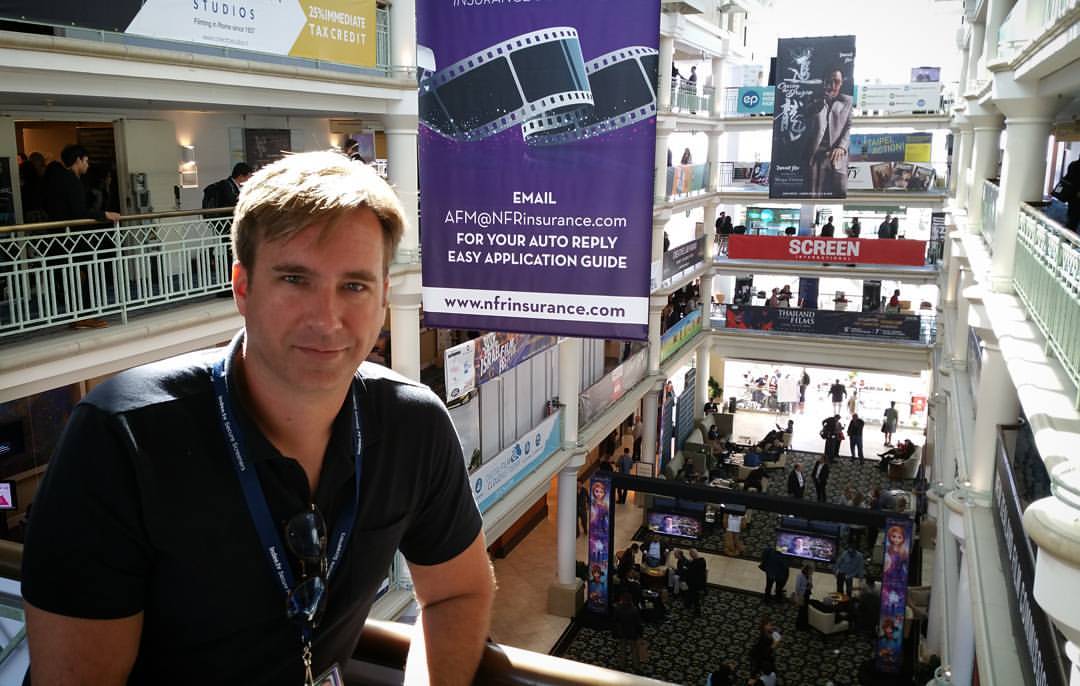 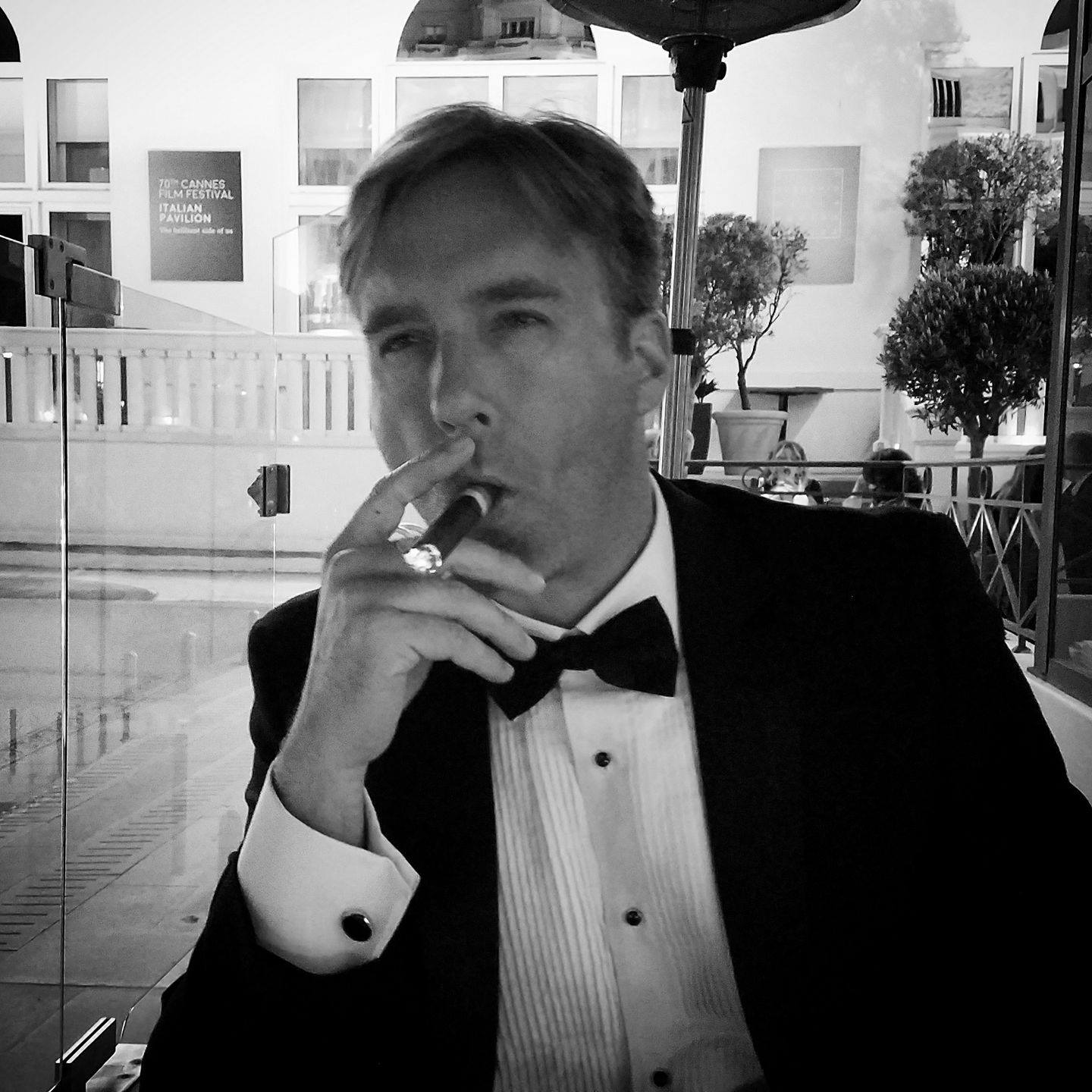 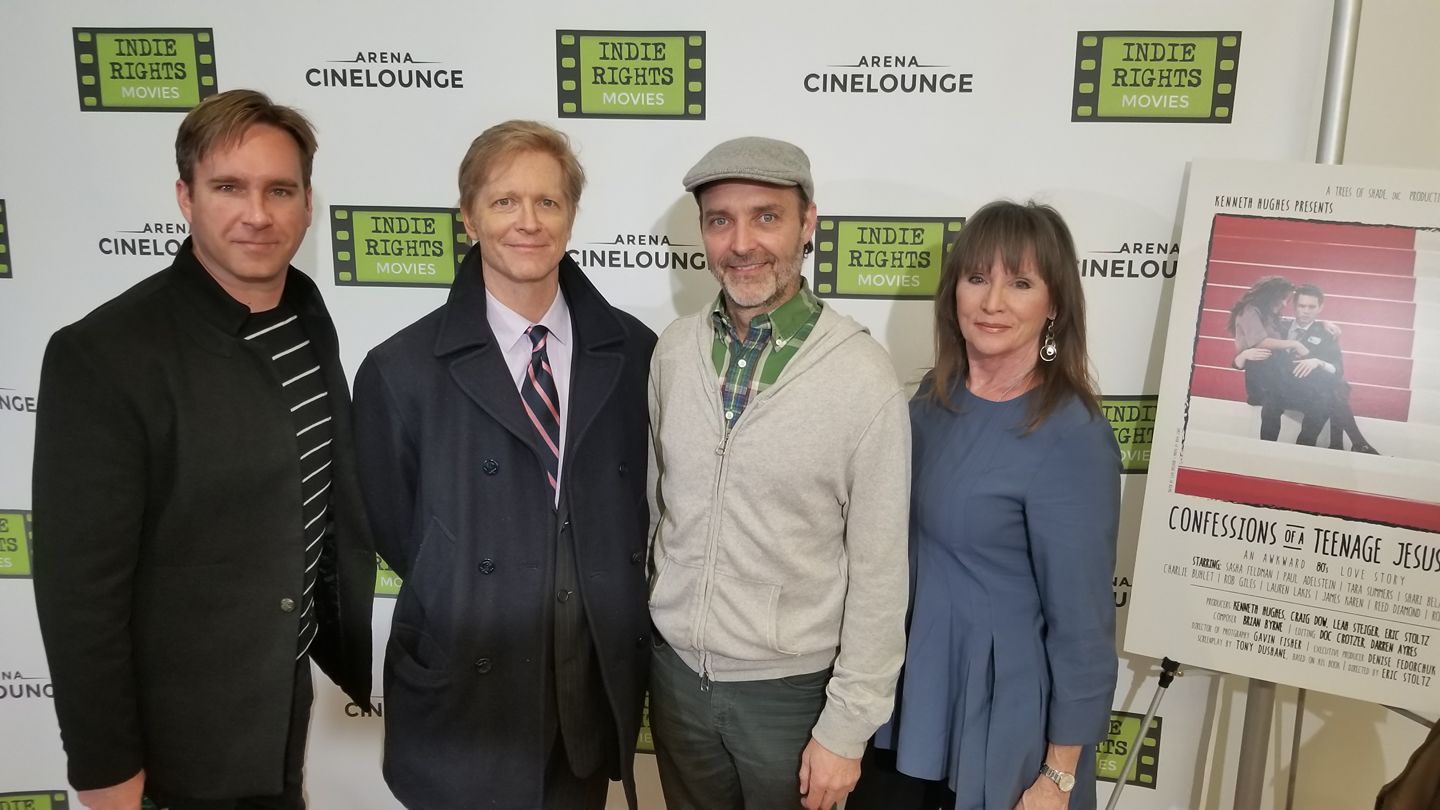 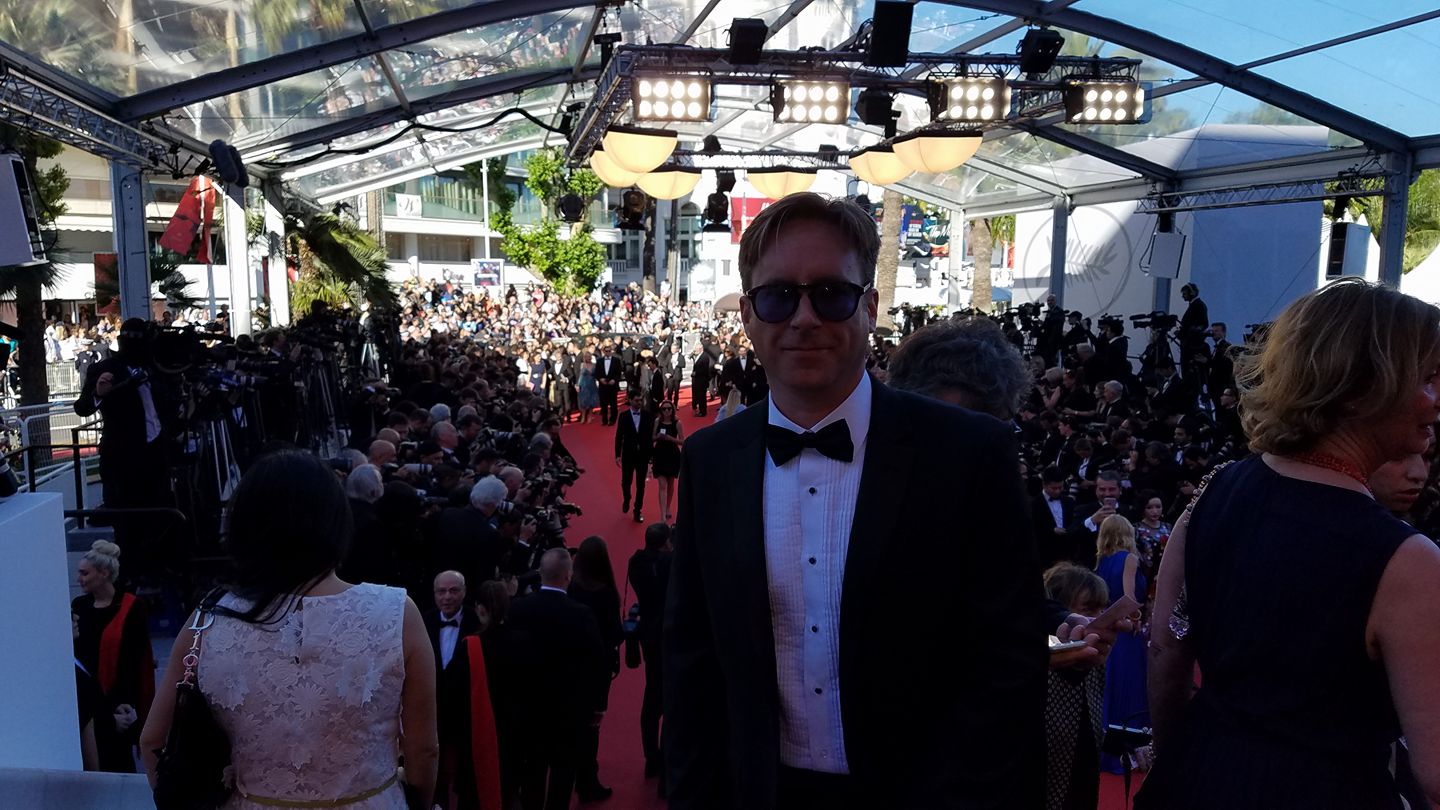