Today we’d like to introduce you to Michael Masucci and Kate Johnson.

Michael and Kate, can you briefly walk us through your story – how you started and how you got to where you are today.
With its roots dating back to 1979, EZTV (www.eztvmedia.com) has helped pioneer the independent video and digital art revolution. Not to be confused with the illegal bit torrent of the same name, this is the original EZTV, an arts space that also serves as a production and conceptual nexus for many independent producers and performers.

A seminal voice for the advocacy, creation and exhibition of new media projects, its reach has ranged from broadcast television, to major conferences, to universities, to international museums. Among its early accomplishments, EZTV created both what was clearly among the world’s first microcinemas, as well as one of the world’s first art galleries and websites dedicated to digital art.

EZTV began in West Hollywood, where it stayed for 13 years, and then moved to Hollywood for its next 7 years. But for its longest period, beginning in 2000, EZTV has been a proud Resident-Organization in Santa Monica’s prestigious 18th Street Arts Center (https://www.youtube.com/watch?v=i3VO7i3yX_o) whose international artist residency programs has attracted artists, curators and thinkers from around the world.

More recently, EZTV has embraced the importance of public art, and much of its current projects have developed innovative site-specific large-scale productions. This year, Center Theatre Group celebrated its 50th Anniversary and they asked Kate Johnson to produce the event. As part of the evening she produced and directed a piece celebrating the theatre company in collaboration with the City of LA that was mapped and projected onto its iconic 28-story City Hall LINK. Yet, we continue to produce work in more conventional formats, for example Michael J. Masucci is currently directing a feature-length sci-fi project, for release in late 2018.

We are often asked to participate in a variety of professional conferences internationally, ranging not just in the full range of the arts, including art history and administration, but also event production, and even cybersecurity. Last June, Michael spoke in Paris, then later in Atlanta.

In October we both spoke together in Helsinki, where we were the opening keynote to the inaugural year for the SULA Conference on art, creativity and sustainability co-sponsored by the EU. And in November Kate spoke at a conference in Las Vegas on topics including art, design and live events.

More and more, we find ourselves being included in discourse that lies outside our expected core competencies. This seems to be because our diverse experiences synergize with fields in which creativity is used in expanded and uncustomary ways. We collaborate with scientists as well as other artists, and find meaningful satisfaction in issue-based work such as those involved with scientific causes, social justice, education, or cultural advocacy. Kate has been on the faculty of Otis College of Art & Design for many years. Michael has been an Arts Commissioner in Santa Monica for 5 years, where he also chairs its Public Art Committee.

We’re always bombarded by how great it is to pursue your passion, etc – but we’ve spoken with enough people to know that it’s not always easy. Overall, would you say things have been easy for you?
No enterprise is immune to market changes and fluctuations, and EZTV has been no exception.

Throughout its tenure, it has constantly had to reinvent itself, as technological innovations demanded constant retooling. By constantly keeping up with the trends in our field, both creatively as well as technologically, we have stayed in step, or hopefully ahead of step, with where the industry was going. This allowed us to anticipate where we would need to be in the next few years, and plan for that in advance, instead of constantly having to play ‘catch up’.

So let’s switch gears a bit and go into the EZTV Media story. Tell us more about the business.
We love what we do and feel very privileged to be working as artists. We realize that this privilege means we also have a responsibility to our community, our audience and our patrons. Being able to work in the creative spectrum means our work must be, whenever at all possible, be accessible to the greater community, as well as those who are more accustomed to contemporary art. We are at our core video makers, and for this we are best known. But in a greater sense, we have existed mainly within the subculture of the alternative arts space movement, aligned with a diverse variety of other alternative spaces where a focus is more on the unexpected than the familiar. At its core, EZTV’s DNA is based on the possibilities and panoramas of independence, experimentation and the full embracing of the creative process.

The arts-based practices are certainly among the most competitive and difficult to succeed in, and therefore we realize that a diversity in revenue streams is vital to a long-term survivability model. Over the decades, we have been nurtured by a variety of business opportunities. We have produced independent films, including Kate winning an Emmy for a PBS doc. We’ve operated a series of editing suites, designed web sites, and created site-specific large-scale projections for special events and art experiences.

Has luck played a meaningful role in your life and business?
Los Angeles is an amazing work-in-progress, a sometimes seemingly chaotic experiment whose results are exciting, innovative and influential. Wherever we travel around the world, we see the direct results of LA’s contributions in art, technology, media and fashion. LA is such an important cultural center, that it would seem unthinkable to be based anywhere else. 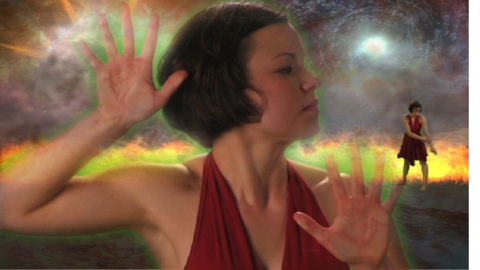 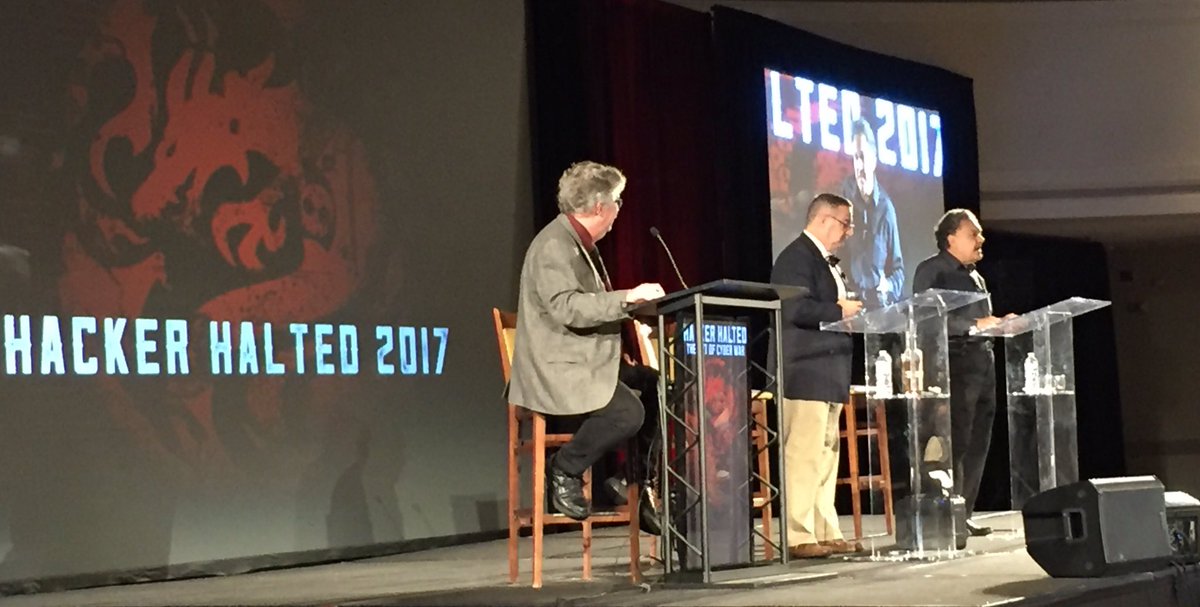 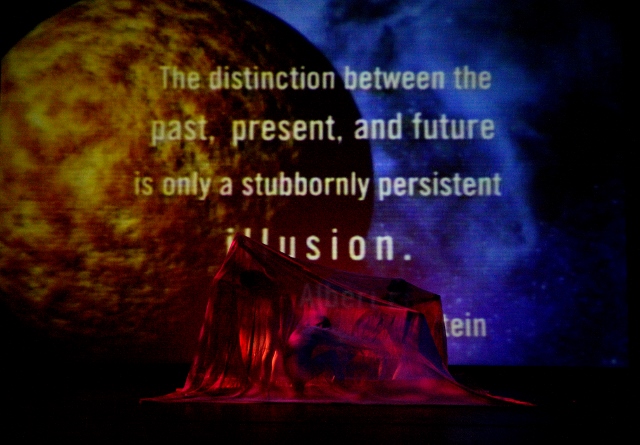 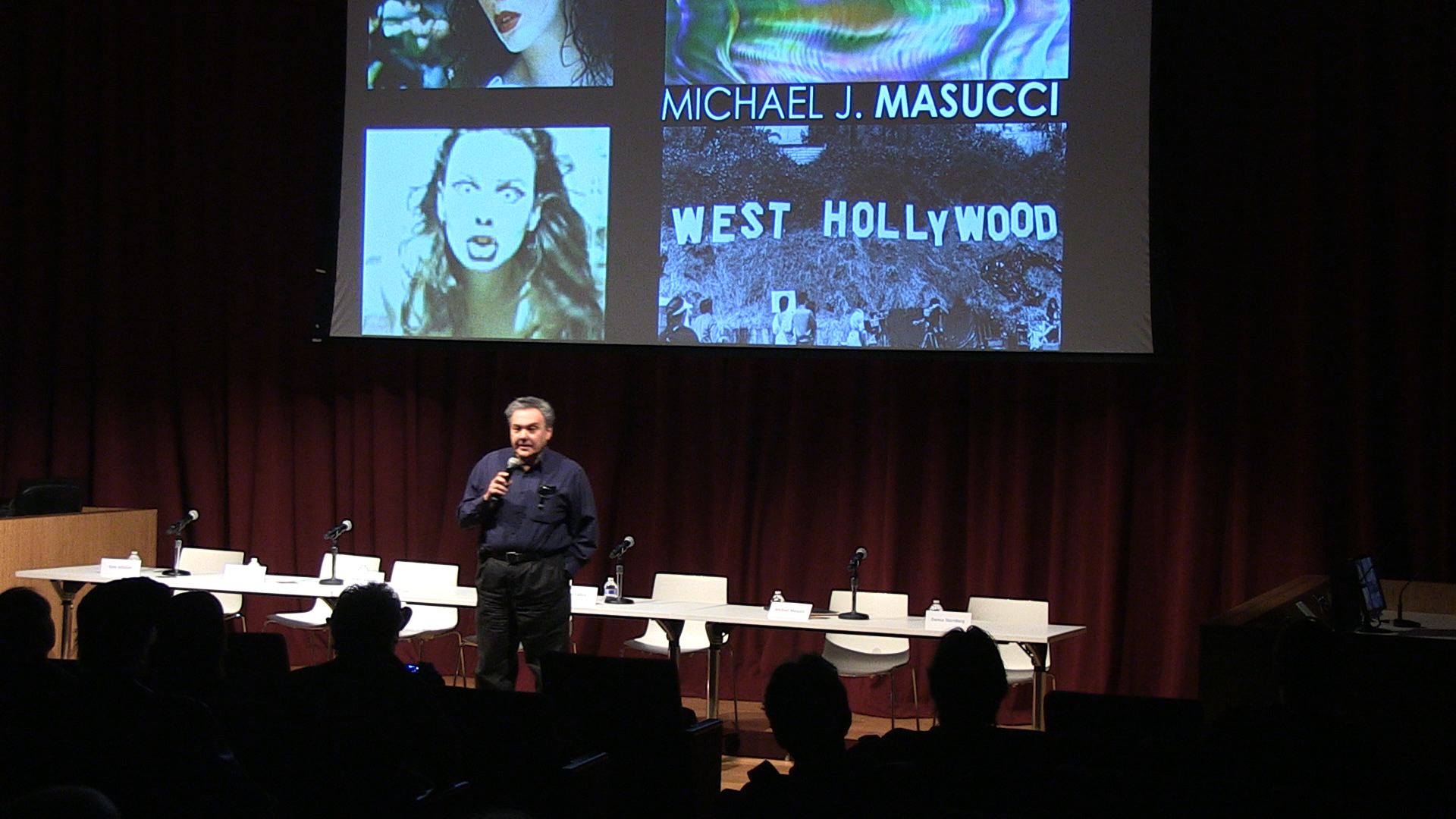 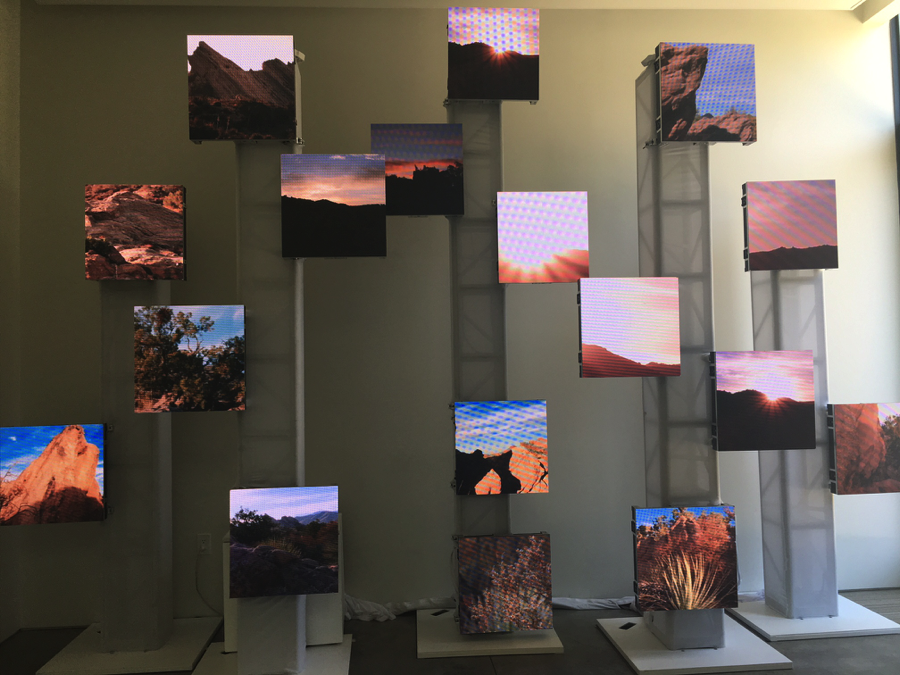 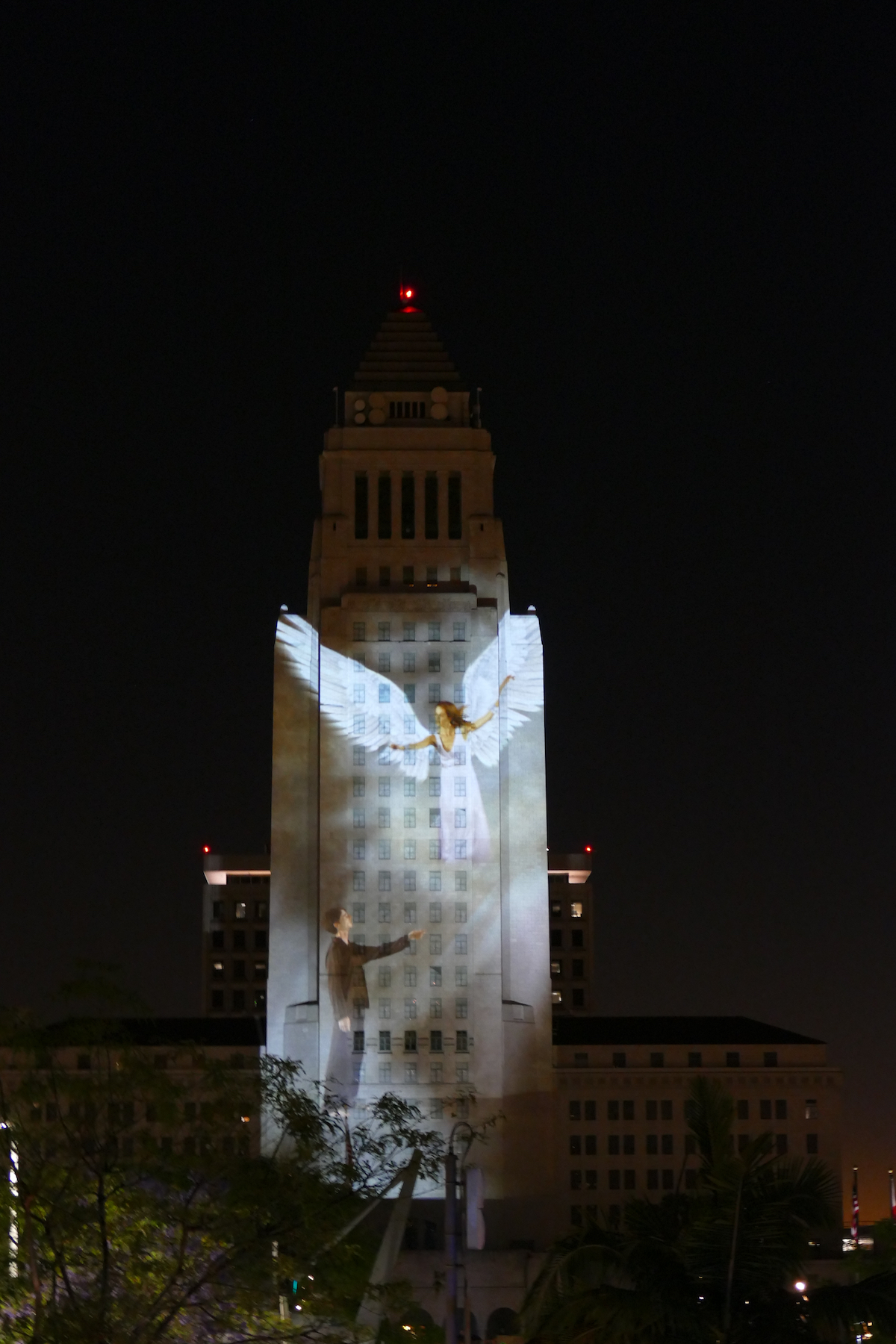