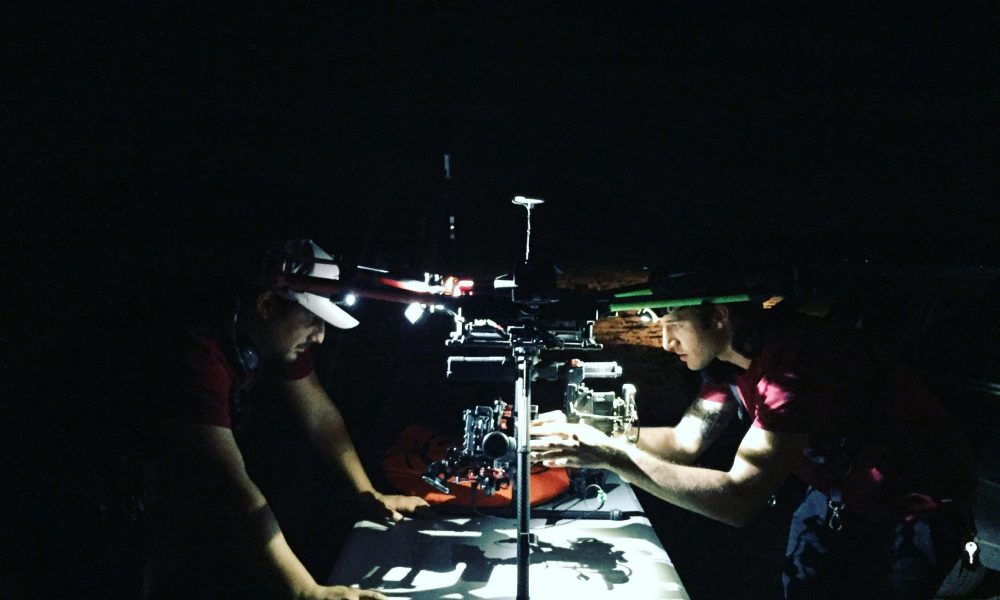 Today we’d like to introduce you to Michael Izquierdo.

So, before we jump into specific questions about the business, why don’t you give us some details about you and your story.
I grew up loving remote control everything. I would often race/build RC cars and build model planes. When I was around 15 years old my dad went out and got his private pilot’s license for recreational use. I remember flying with him and falling in love. Fast forward to about 5 years ago, I start flying quadcopters more commonly referred to as drones now. I had a strong passion for film and loved flying remote control drones. It took a while before I could convince myself that this could be a real job. In fact, I kept it as a hobby for much longer then I should have. At the beginning I remember being frustrated because It was so hard to find someone to hire me as an aerial cinematographer. I tried everything from craigslist posts to cold calling. Little by little, the hard work paid off and its literally been a linear progression each month being slightly better than the last month.

Right as business finally starts picking up, the FAA starts regulating Drone use more and starts requiring a 333 exemption. One of the requirements of the 333 exemptions was to get a full pilots license. These meant about 15k in schooling fees, and about 40 hours flying a real airplane, and another 40 hours of classroom instruction and testing. For me I could not have been happier for an excuse t0 spend every last penny of mine on flight lessons. It took over a year for my 333 exemptions to get approved and I actually managed to get my pilots license faster than the amount the approval took. Go figure last August the FAA completely redo their rules and takes away the pilot requirement.

Under current part 107 law, the pilot simply needs to take a small written test. While I did think the full pilot, license was a bit overkill, I think part 107 is too easy and needs some additional requirements. Luckily for me though, although FAA law changed, there were still certain studios, productions and municipalities that still required the full pilots license. Having this all of a sudden made me a highly in demand commodity. I started flying for about 12 different drone companies who literally used me for my pilot’s license and could have cared less about me or my career. Sometimes I was even paid to just show up and be the pilot in command but not actually fly or do anything. These moments however gave me the opportunity to see how some of the “best” drone companies in Los Angeles worked.

Some were a disgrace to the industry while a few who I still work with today, were absolute seasoned professionals. I have taken all the best practices from the best drone companies in Los Angeles I’ve worked with and meshed them with my own creative ideas to now become Beverly Hills Aerials. We aren’t the biggest company, not yet, and we aren’t the cheapest, or the most expensive, but we know we rank with the best. We are looking forward to continue to push the drone envelope and create stunning aerial cinematography for the world to enjoy.

Great, so let’s dig a little deeper into the story – has it been an easy path overall and if not, what were the challenges you’ve had to overcome?
The 333 exemption days were tough. It took a year to get approved, 15k in pilot school fees, and the regulations were still tough. I remember finally getting what would have been my first big production drone shoot in Los Angeles, then starting the permit process, and then having to tell the client no because the flight was not permitted under the 333 exemptions. Most locations in Los Angeles required additional waivers that took just as long as the exemption to get. I lost a lot of business simply because I said no to it because I did not want to violate FAA laws. Even today with part 107 which is much easier than the 333 exemptions, it’s still difficult to get approvals to fly in restricted airspace. For example, we did a shoot where we were going to fly 4 drones in bravo airspace which is of the most difficult types of approvals. We had filed for this particular location even before the client had officially hired us. It took 3 months to get the approval. And it literally came in the day before the shoot. I don’t even want to think about how bad the conversation would have gone if I had to tell the client we didn’t get the approval in time.

Beverly Hills Aerials – what should we know? What do you guys do best? What sets you apart from the competition?
Beverly Hills Aerials is a drone company that specializes in close proximity flying. We like to give aerial cinematography a different look then what is typically expected. While most drone companies fly high and wide and yes that looks great. We prefer to fly closer with tighter lenses. think of a drone tracking a car at 60 mph 5 feet away from the car. That’s the type of stuff we love doing. This type of flying is much more difficult to do.

What makes us different from other drone companies is we really love what we do. I’ve flown a drone every day for over 3 years. When I’m not flying a drone on a set, I’m flying a drone for fun. ITs often I wrap a shoot and go fly immediately afterward for fun. We focus on creating beautiful cinematic technically difficult drone shots that aren’t easy to reproduce. I’m most proud of the fact that we are one of the few companies that does their own passion projects. A few months ago, we did 24 hours in LA, and more recently we did modern dilemma a narrative short. We are already planning our next passion project.

What moment in your career do you look back most fondly on?
We recently were the first drone company to ever shoot inside the Universal Studios theme park and on their city walk. It took months of planning, meetings with their legal team and execs. They finally approved us above several companies that had been shooting on the Universal backlots for a longer time then us. It took a lot of work and we felt that we really earned that opportunity. The footage recently aired for Steve Harvey’s new day time show called Steve.