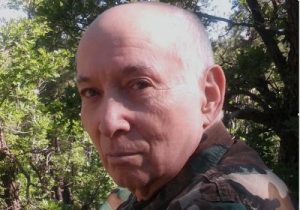 Today we’d like to introduce you to Michael Horn.

Michael, let’s start with your story. We’d love to hear how you got started and how the journey has been so far.
While I was indeed born at a very early age, I really didn’t begin to be self-supporting until I was 32. From then on I rapidly became very successful in a number of different fields, as a songwriter, inventor, trend-setting fashion designer, author, filmmaker, educator, humorist, therapist, etc.

I came of age in the 1960s, graduating from the Art Institute of Chicago as an already prize-winning painter, and I moved to New York City, mainly to pursue my songwriting career. One of the first things I did was to walk into Harper’s Bazaar magazine and, in a scene reminiscent of an old Hollywood movie, quickly attracted the attention of a fashion editor with a display box of my original “fingernail art”, which led to my starting the fashion fad that continues to this day, more than 50 years later.

Somehow, I managed to get off the streets and move to Los Angeles. Still, without any particular talents beyond writing songs and painting, I lived for a time in the Venice Beach area. Then my life took another unexpected turn when, after meeting a young woman who became my roommate, she soon also became the mother of our baby girl.

Things took an unfortunate direction when, shortly after the birth of our daughter, my wife fell into postpartum schizophrenic depression. Suddenly, I was a single father with a now 10-month-old daughter to raise by myself. Having no real, useful skills, I took any and every opportunity I could to earn money to support our small family, from janitor to fry cook, car washer to sign painter, etc.

From this point on, motivated in great part by my responsibility to my daughter, I somehow tapped into not only my creativity but the ability to take initiative in making new careers and successes for myself in a number of different areas. Without any prior training as a salesman, I became the main salesperson for two water filtration companies in succession. It was only upon the death of the owner of the first company that I found the second company, which was at the time a very small operation.

Applying the ideas that I had used to help build the first company into a $1 million enterprise, I succeeded in doing the same – and even greater – for the second company, successfully negotiating on my own with the corporate executives at places like the Beverly-Wilshire Hotel, the Beverly Hills Hotel, Wolfgang Puck restaurants, and, the crowning glory, acquiring the contract to put our water systems in some 7,000 Starbucks outlets around the world.

With the sudden and unexpected ending of that career, I woke up to an idea in December 1995, i.e. to put books online, in digital format. Interestingly enough, my sister who is a world-class book editor took a very dim view of the idea. Of course, today she has authored her own ebooks. I managed to partner with Alex, a retired stockbroker in Malibu, who thought it was indeed a great idea and named our company… eBooks, a name he lost control over and which was changed to NetBooks. He was frequently in touch with Jeff Bezos, of Amazon, who at that time had not yet done online publishing. I used to tell Alex that we had it all over Amazon because they had to store and ship books and deal with returns, etc.

Alex soon decided it would be more profitable for him to simply pump and dump the company stock, rather than pursue the idea of online digital book publishing. We know how that has turned out. At the same time that I was moving in and out of my different self-made careers, I also had been investigating the very fascinating Billy Meier UFO contacts, still ongoing in Switzerland for over 76 years. In fact, I’ve made about six documentaries on this subject.

Additionally, my daughter and I made an award-winning film, available on Amazon, called Breaking the Silence. I have two books on Amazon as well. I’ve appeared in two issues of the martial magazine, INSIDE KUNG FU and I created the doctor endorsed, Sit & Get Fit videos for seniors and others who are trying to rehabilitate themselves.

Additionally, a consultant to Princess Diana invited me to teach my Standing In Spirit therapeutic technique to corporate and government leaders in Europe, such as BASF, Eurochemie, Rabobank, KLM, Cyco Software, ING Bank, Meta Visie, etc.

I also created and taught a self-defense course for women for the City of Los Angeles Commission on the Status of Women. I did all of this and more, mostly after I was already 32 years old, without any prior education or training in many of the fields that I mastered and became successful in. You can learn more about me, my projects and credits, here: https://theyflyblog.com/about-michael/.

We’re always bombarded by how great it is to pursue your passion, etc – but we’ve spoken with enough people to know that it’s not always easy. Overall, would you say things have been easy for you?
As previously mentioned, I’ve experienced homelessness, the crashing of one career after another, etc. But since my research into the Billy Meier UFO contacts, and especially by applying the principles of the spiritual teaching that is the core reason for the contacts, I have found myself to be pretty indefatigable and tireless in accomplishing the goals that I set.

So, as you know, we’re impressed with They Fly Productions – tell our readers more, for example what you’re most proud of as a company and what sets you apart from others.
They Fly Productions produces films, videos, my online blog, etc. It is the primary vehicle for presenting the information in the singularly authentic Billy Meier UFO contacts, other than my international presentations, university lectures, blogs, articles and media interviews.

So, what’s next? Any big plans?
For the most part, I will continue to focus on bringing the information, including the abundant, specific prophetically accurate information from Billy Meier to the world, along with the non-religious, belief-free spiritual teaching. I also would like to invite people to hear my new song, “Don’t Go Along with That”. 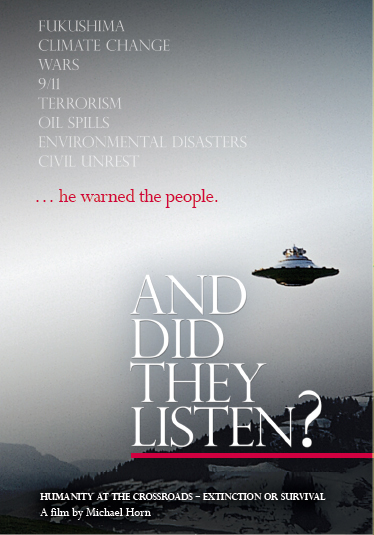 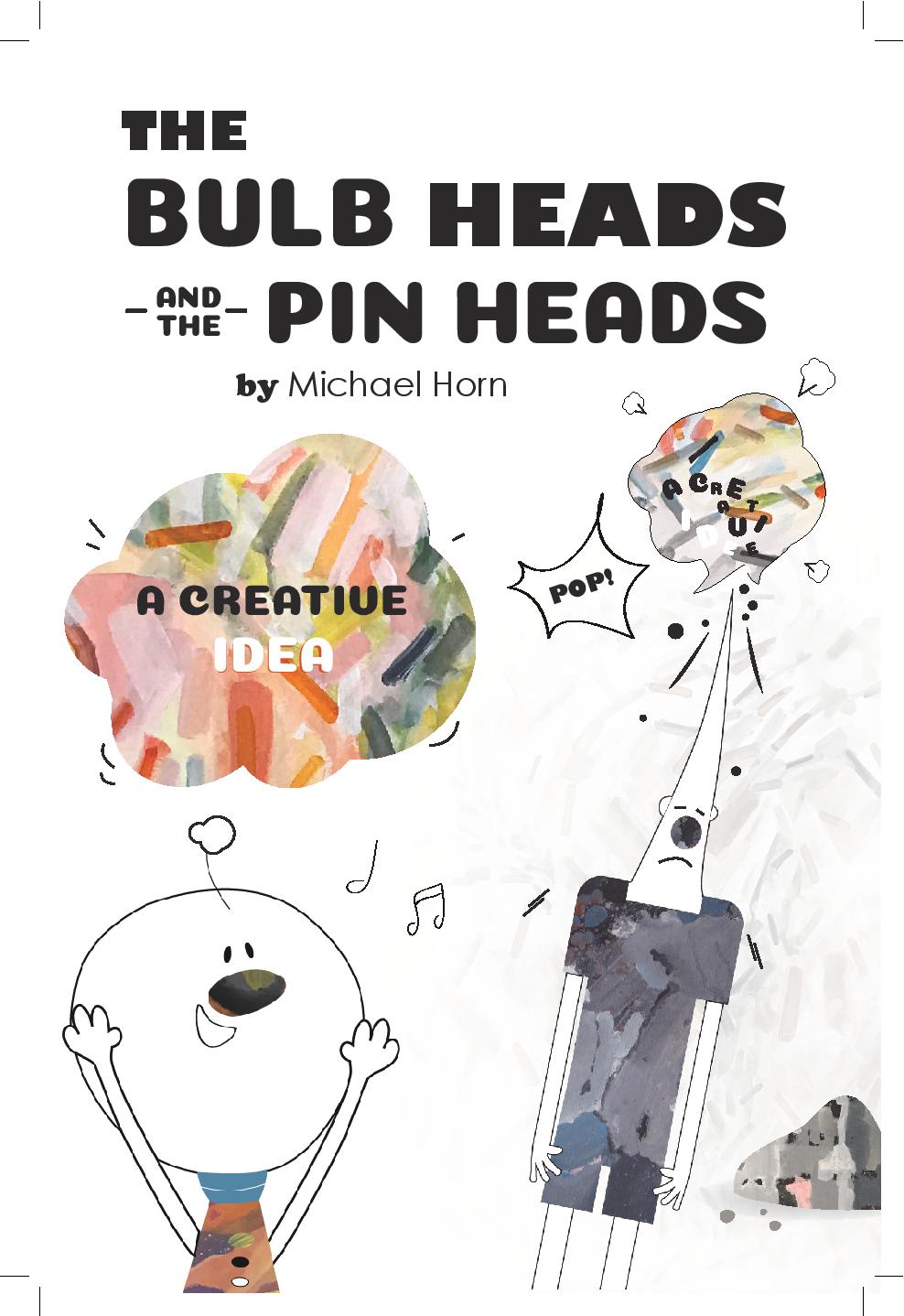 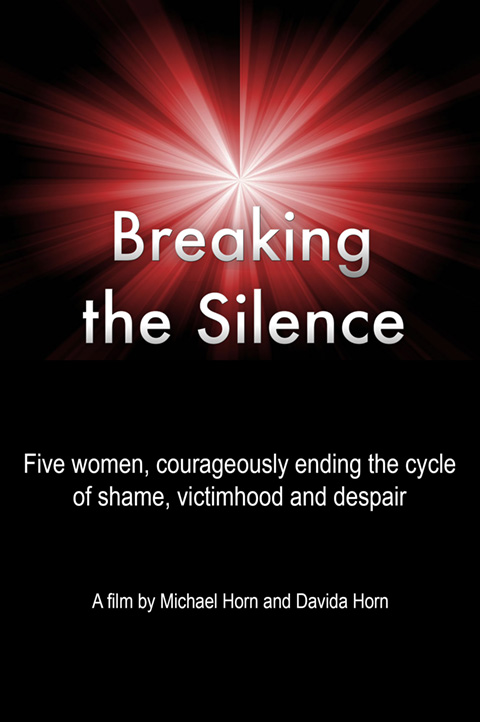 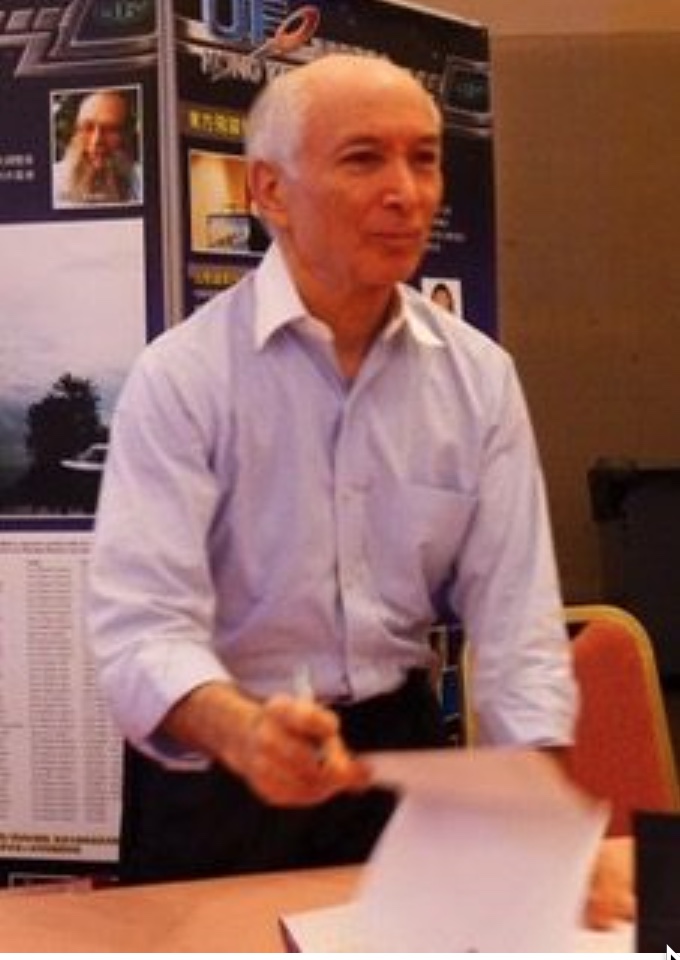 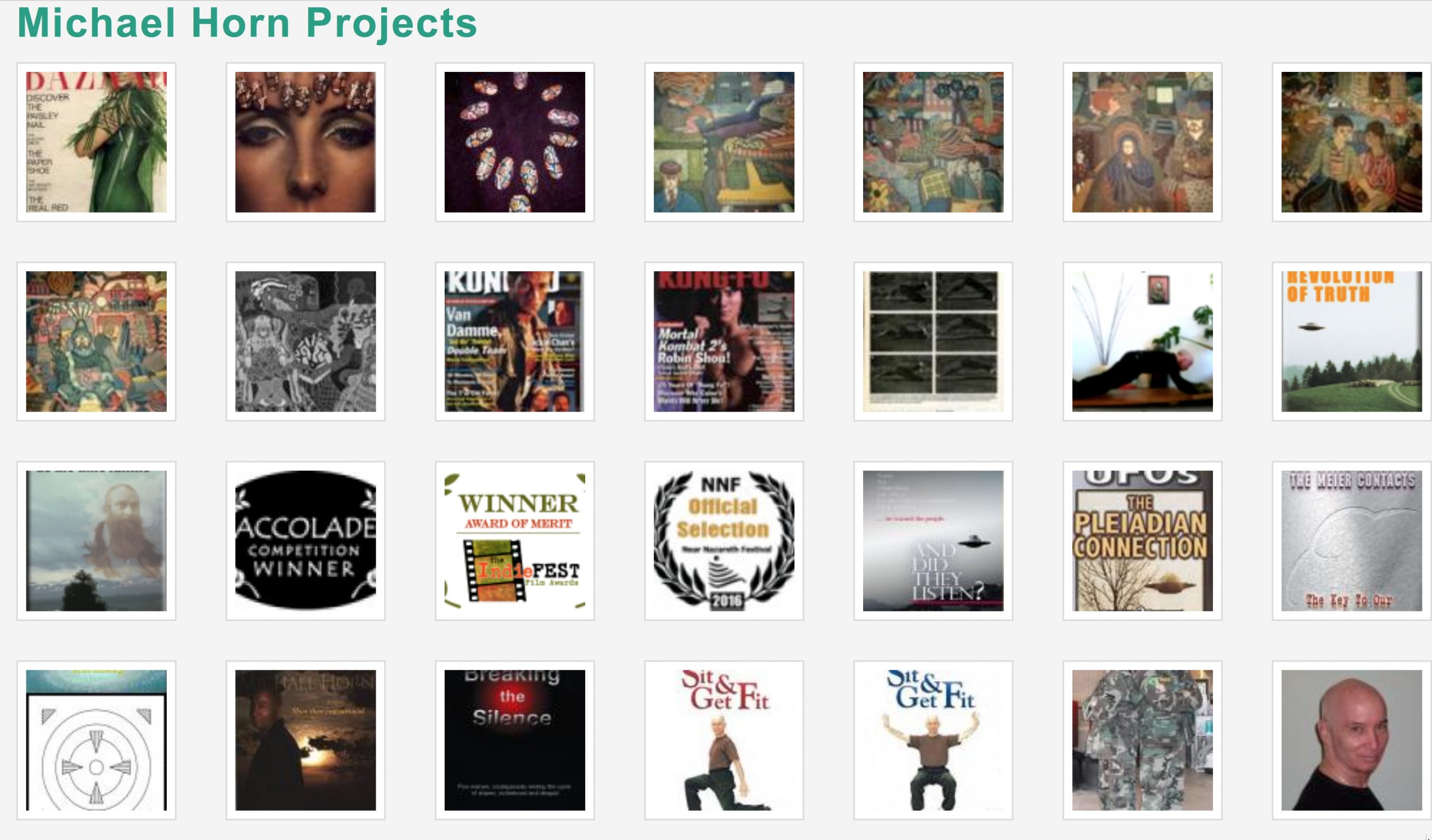 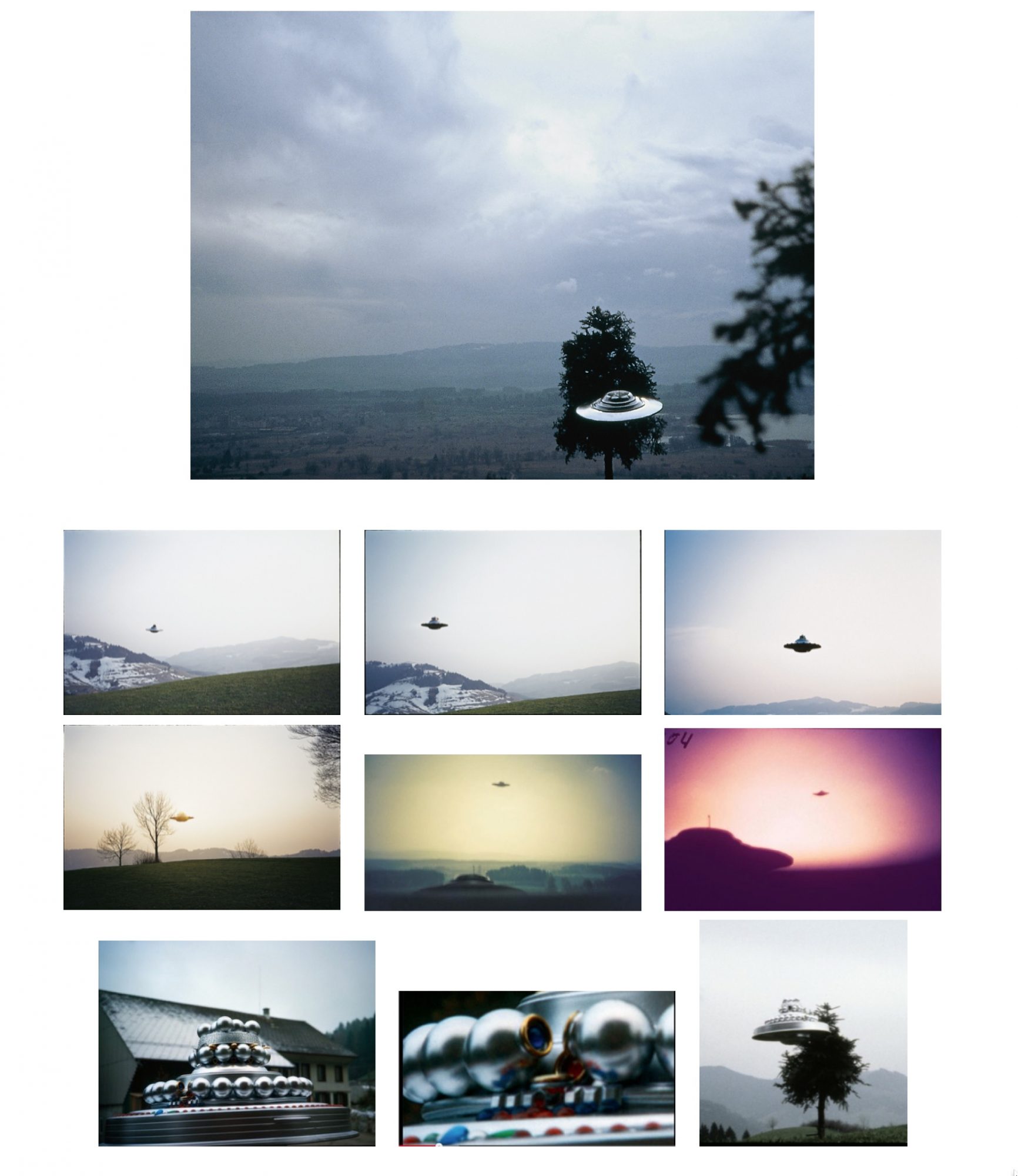 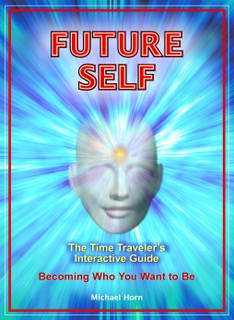