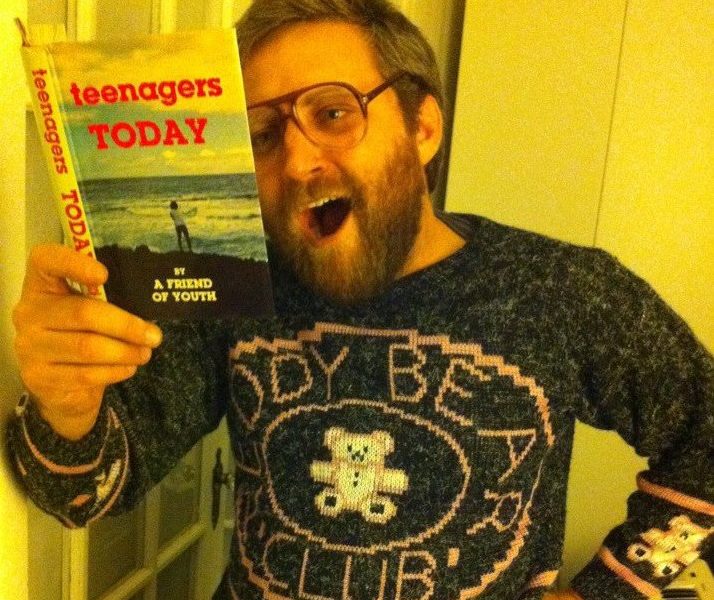 Today we’d like to introduce you to Michael Gill.

Michael, let’s start with your story. We’d love to hear how you got started and how the journey has been so far.
I grew up in Connecticut and moved from Hartford to Boston in 1998. There, some other CT transplants and I formed a rock band called The Damn Personals, who signed to local indie label Big Wheel Recreation (BWR) and extensively toured the US and Europe until our demise in 2005.

A longtime interest in filmmaking manifested in my documenting our tours and other various adventures with the band’s Hi8 video camera. As video content started to proliferate on the internet in the early ‘2000’s, BWR chief Rama Mayo asked me to create content for a band he was managing, The Explosion. This wound up being my first paying work. From there, business began to expand to other bands, colleagues, friends, managers and record labels in the Boston music scene, and ultimately to the indie film world. From documentary content and live videos, I moved to conceptual music videos in 2007.

For the next several years, I wound up winning several local awards and had the good fortune to direct music videos for legendary Boston bands such as the Dropkick Murphys, Mission of Burma, the Have Nots and State Radio among many others.

Since I was editing my own work, I fell in love with that process and began to pick up editing jobs with other Boston based video production companies and eventually locally produced indie feature film productions. In 2012, I co-DP’d, co-produced, and co-edited a micro-budget feature called ‘Fat,’ a narrative feature about obesity and food addiction, which had its premiere at the Toronto International Film Festival in 2013 and went on to gather acclaim and recognition for its raw, documentary-style approach, honesty, and intense performances. ‘Fat’ was written and directed by my good friend, Medford MA native Mark Phinney, a writer, actor, and comedian who lived and worked in Los Angeles in the late ’90’s and early ’00’s.

The success and recognition of ‘Fat’ in the indie film world led to work on a feature for which I served as editor and post-production supervisor, Los Angeles based filmmaker Lindsey Copeland’s “Hedgehog,” (www.hedgehogfilm.com) which had its premiere at Cinequest in San Jose in 2017, and has since gone on to win Best Feature awards in the Philadelphia and Los Angeles Independent Film Festivals.

In 2015 I began working as an editor with Boston’s Shave Media (www.shavemedia.com), a video production company, who I continue to work with from my home office here in Hollywood. I also continue to work with the Nettwerk Music Group Boston office, who I started working within 2008, creating documentary content (mostly for Boston-originated bands Guster and Dispatch). I have also been cutting trailers for indie features, plus creating EPK’s and other promotional content for various organizations in Boston, Los Angeles, New York, Montreal, and Philadelphia.

I am currently co-directing, shooting, and editing a comedy/reality web-series called ‘Quiet Desperation’ for my old friend from Boston, comedian and musician Rob Potylo, who now lives in Pasadena. The show was originally a program on a short-lived TV station in Boston called MyTV many years ago, but this new version takes place and is produced entirely in the greater Los Angeles area. Rob and I and know what it’s like to be struggling creative types, and that’s essentially what the show is about. Rob has a brilliant way of leveraging his real life into improv comedy, so it’s a joy to work on with him and everyone else involved (some of whom are yet more Boston transplants).

I am also working with my friend, actor/writer/director Gareth Williams, editing short films for his Detroit Street Films company. I met Gareth through Ben and Lisa Deily, good friends of mine from (you guessed it) the Boston music scene, and Ben and Lisa are also working with us as producers on these projects. The short we are currently in post-production on is called “Dark Room.”

In between everything, I am trying to finally complete my passion project, a documentary called ‘The Road to Ruane,’ about my close friend Billy Ruane who tragically passed away in 2010. Billy was a legendary impresario who was the promotional/booking visionary behind Cambridge, Mass’s iconic music venue, the Middle East, where I worked as a bartender and door person for nine years before becoming a filmmaker. Billy helped me greatly in the early stages of my career, by giving me a lot of work shooting live music for his personal archive. I have been working on the movie intermittently since his passing; in no small part this intermittence has been due to the difficulty of working on a project in which the subject is a close friend who has passed, but I finally see completion on the horizon, later this year.

Great, so let’s dig a little deeper into the story – has it been an easy path overall and if not, what were the challenges you’ve had to overcome?
It has been a remarkably smooth road, taking me all the way from Boston to Los Angeles where I feel extremely fortunate to continue doing what I love. I am one year in here and can say that it has been one of the best years of my life. I have had great friends helping me out over the years, an ever-expanding network of whom continues to do so here, and I can’t express enough gratitude for them. I am also grateful to never have to go through the challenges and obstacles of another Boston winter.

Please tell us about Michael Gill.
I have been directing, shooting, producing, and editing music videos, short-form documentaries, commercials, BTS content and EPK’s since 2007… However, these days I am busiest and am most known as a freelance editor. I am proud of the 2 features I have cut, and the accolades they have received. I also felt very comfortable as a post-production supervisor during my one experience in that position, and I hope to do more such work in the future.

I have a great network of professionals both locally here and on the East Coast, all of whom I enjoy working with, and the feeling is mutual (or so they claim), so I am efficient at getting teams of good and competent people together to be creative and collaborative. 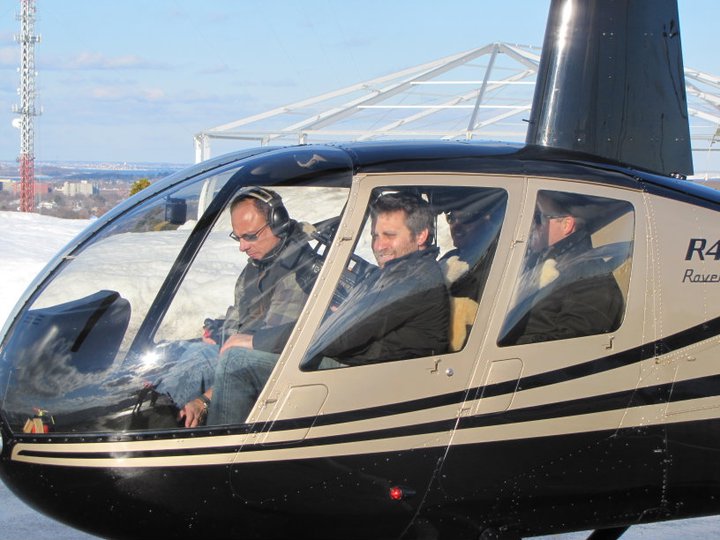 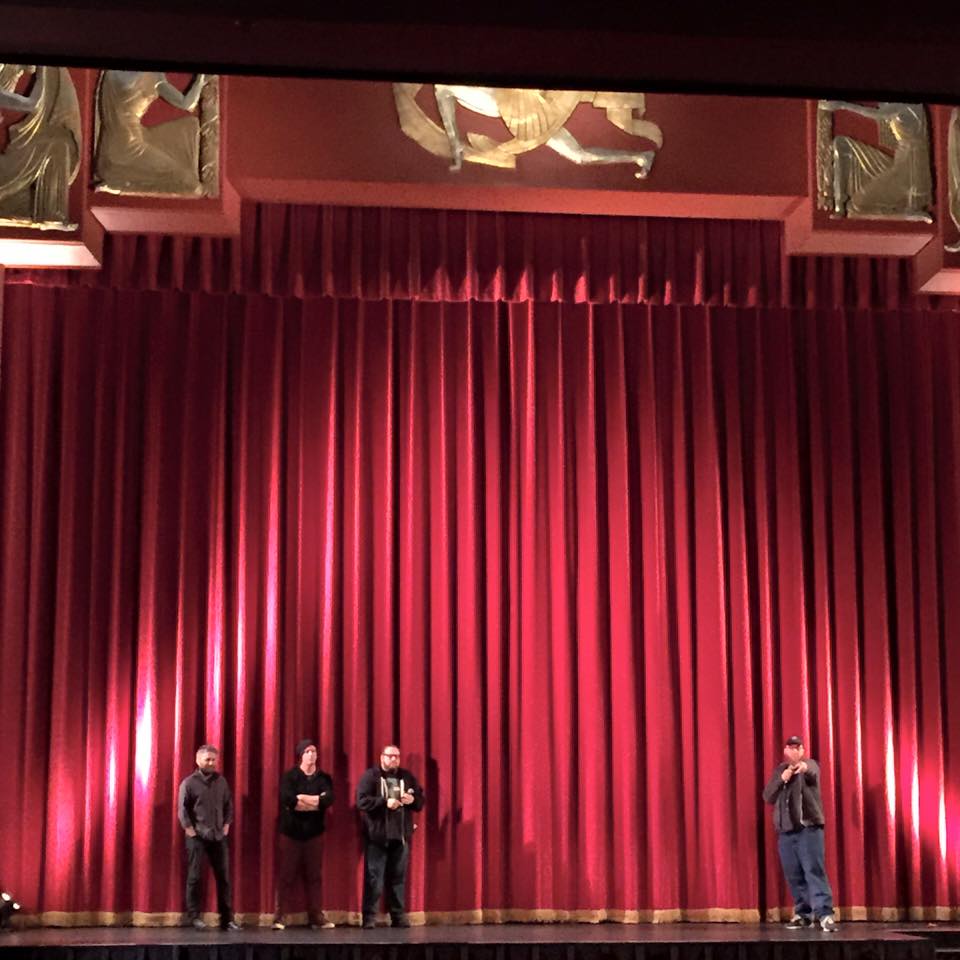 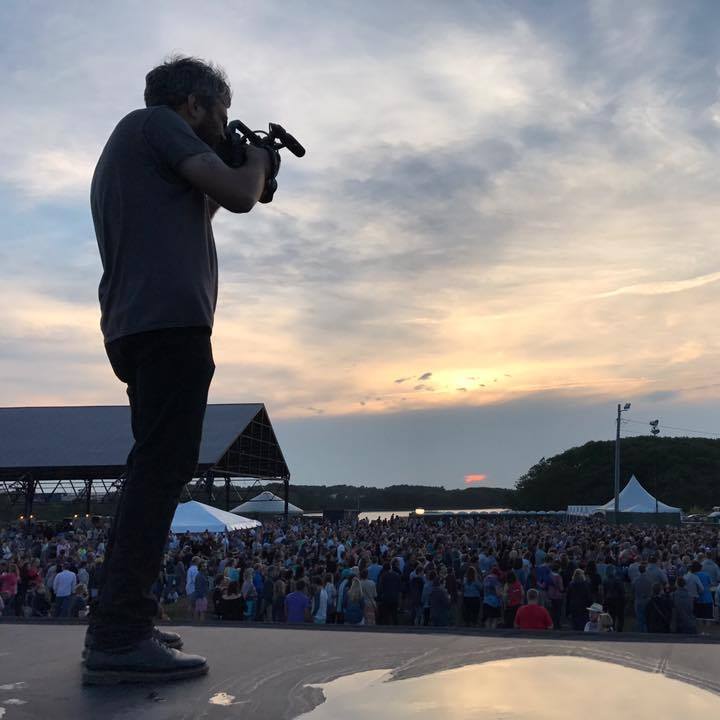 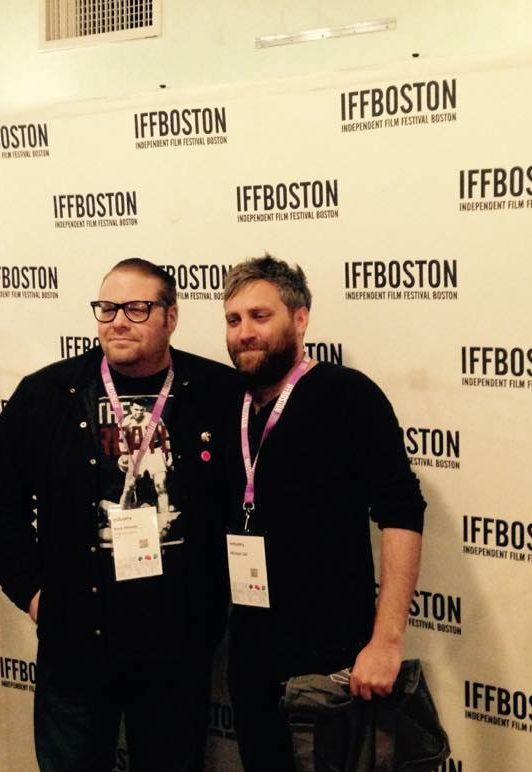 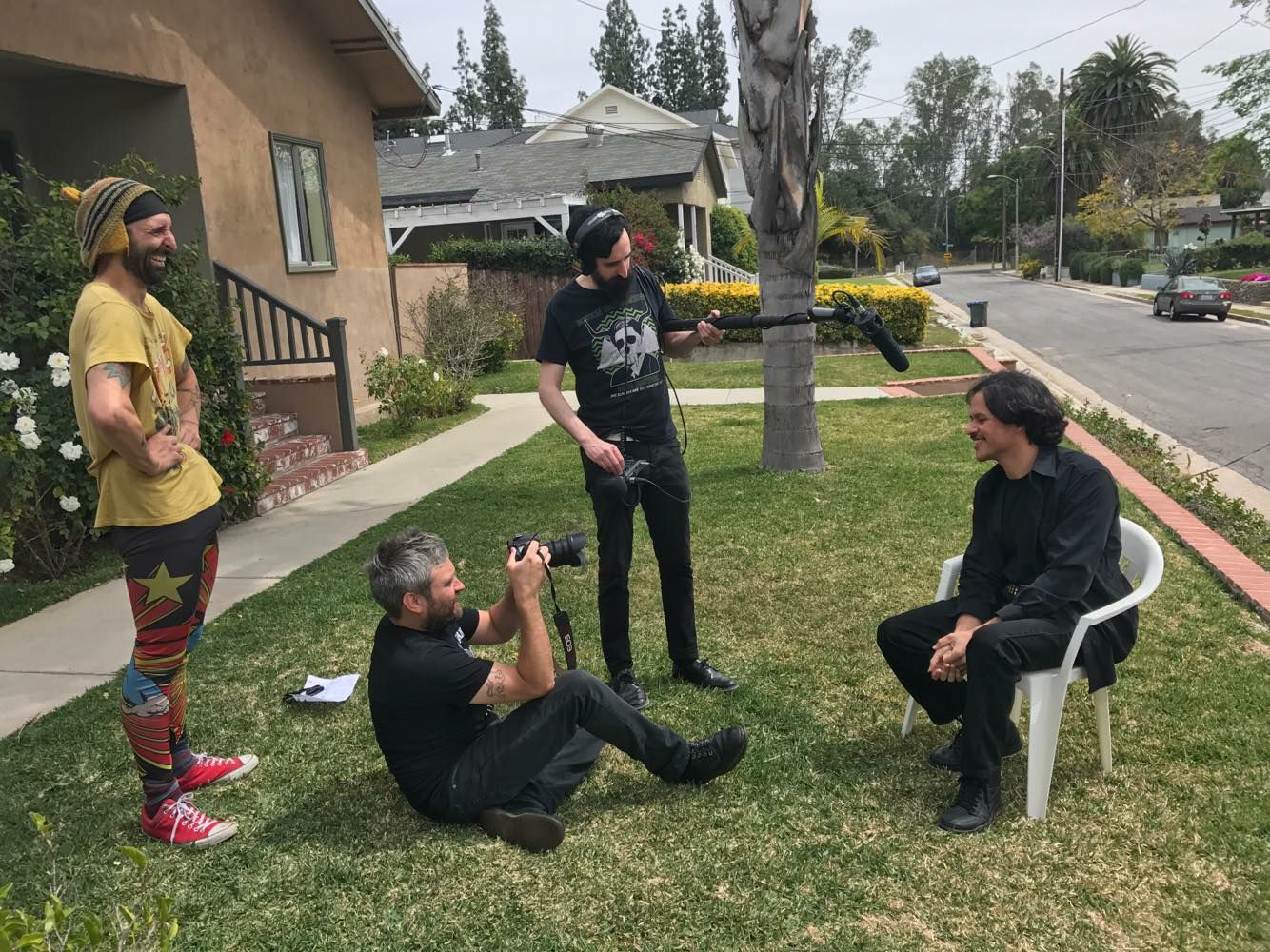 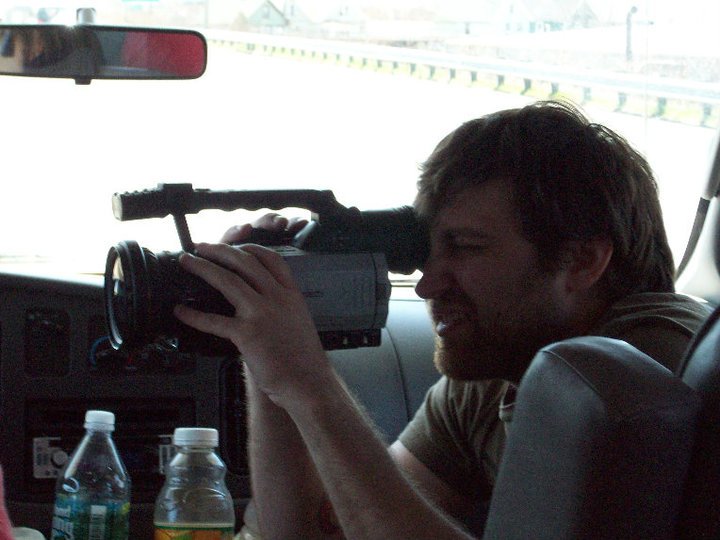 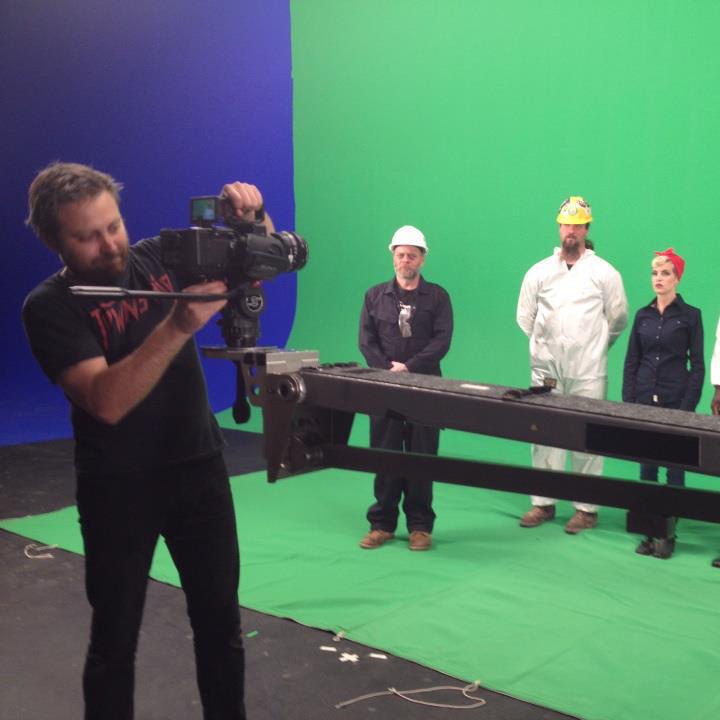