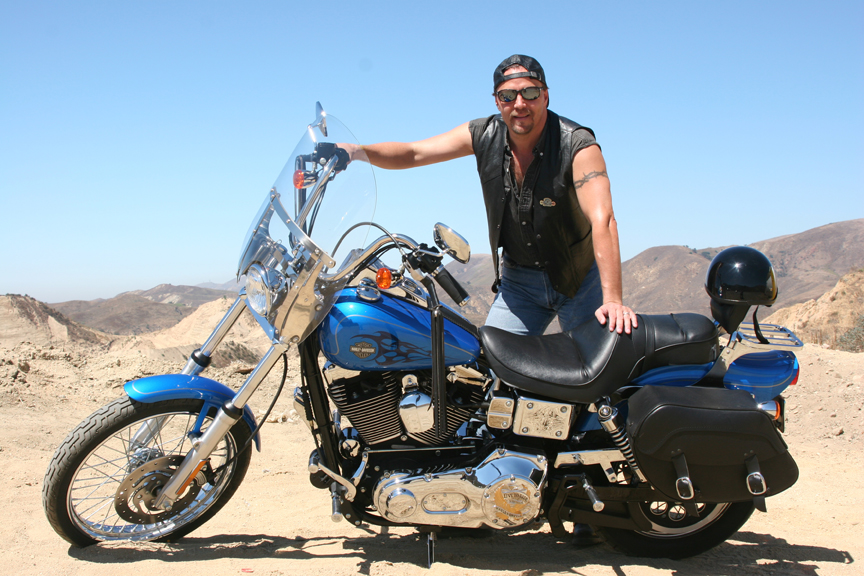 Today we’d like to introduce you to Michael Gier.

Michael, can you briefly walk us through your story – how you started and how you got to where you are today.
I grew up in San Diego, CA and at a young age I started performing. I joined SD Jr. Theater, was trained as an actor, singer, and dancer and performed in their musical theater productions. Then later, after starring in theater productions all over San Diego, I moved to Los Angeles to continue my entertainment career; luckily, I was able to make a living at it starring in productions all over the world.

As I started to get older, I realized that I should probably find a way to make a living on the side in case I stopped getting work as an entertainer. At the time, I was in Los Angeles starring in a show in the evening and so I had my days free. After watching a late-night infomercial about real estate investing, I decided to try that. My real estate company, Nationwide Property Investments, LLC ended up building spec homes in three states, my wife and I owned 15 rental properties throughout the US, and I had just started getting into land development. It was a great time and I made a lot of money.

Around this same time, I heard that I could make money with water trucks. I didn’t exactly know what a water truck was but if I could make money then I was interested. I researched everything I needed to know about running that type of business. Then I created MT Water Trucks, bought a 2500-gallon commercial truck to send out to construction sites to spray water on the dirt to keep it from flying around. I was paid $55 – $65 an hour for the truck and a driver. My driver was paid $20 an hour. I was making an extra $300 a day with this business, performing at night in my show, and running my real estate business all at the same time.

Then we had the real estate crash in 2008, and that pretty much destroyed both of my side businesses. And by this time my show had ended and so I didn’t have that income either. I needed to figure out what I could do next and always an entrepreneur, I decided to start a video production company. I knew nothing about this business. I had always been in front of the camera and so I had no idea what happened behind it. I bought a bunch of production equipment and hired a college student to teach me how to use everything. He spent days with me teaching me how to use the professional camera, lights, and sound I had purchased. Then I bought and learned how to use editing software. Once I felt comfortable, I launched Silver Dove Productions, LLC, www.SilverDoveProductions.com.

Overall, has it been relatively smooth? If not, what were some of the struggles along the way?
The real estate crash of 2008 was very difficult. After building a successful company, it was hard to see it all go away, especially when we didn’t do anything wrong. The real estate crash and our business being lost came because of the mistakes of the banks and our government.

One guarantee in life is that we won’t always have smooth sailing. Things will hit us and hard. The key is to not let it stop you. There may be obstacles but there’s always a way out if you’re willing to work hard and find it.

Silver Dove Productions – what should we know? What do you guys do best? What sets you apart from the competition?
To this day, I still own and run Silver Dove Productions. When I started I was producing TV commercials, internet videos, fundraising videos, and other corporate videos. Now we are a full-service production company and we also produce short films, feature films, and documentaries.

I haven’t done anything on stage in quite a while but I do work as an actor every once in a while, in a TV or Film project, www.MichaelGier.com. I enjoy working as an actor in front of the camera, but I have to say I also really enjoy being a director behind it as well.

I also run a 501c3 non-profit called Silver Dove Films, www.SilverDoveFilms.org. Our mission is to produce film projects that are thought provoking, educational, and have a positive influence on the lives of others, addressing social issues that are relevant in today’s society.

Our next feature film is called Wounded Heroes, www.WoundedHeroesMovie.com. The film will honor our military and bring more awareness to PTSD and the 22+ per day suicide rate.

I think what I’m most proud of is that we produce projects that will make a positive difference in the lives of others. There are a lot of things we could be producing and if we’re going to take the time, then I want it to be something positive and beneficial to the viewer.

What is “success” or “successful” for you?
I was an average student and I never went to college. My success came from hard work and going after it. I didn’t wait for anyone to hand me anything, or for something to drop in my lap. I believe every person can live their dreams, if they’re willing to put in the work needed to become a success.

Success is a person who fails, learns from their mistakes, and then picks themselves up and perseveres on.