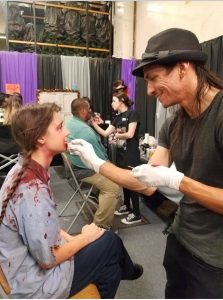 Today we’d like to introduce you to Michael Cypher.

So, before we jump into specific questions, why don’t you give us some details about you and your story.
During my junior year in high school, I got the drive to want to start sculpting and making my drawings into actual three dimensional creations. That year, I transitioned to independent studies so that way, I could also get into a college/trade school and start working on sets. That summer, I attended Cinema Makeup School so I could learn proper techniques for becoming a special fx makeup artist. I would drive out to LA at 16 and attend class out there. After I finished my classes, I began to look for work and started to work with Chapman University.

After working on a grip of student projects, I wanted to learn more about makeup effects and decided to go back to cinema and take their master course. During that time, I would take the train/subway to the school instead of driving. During this time, I also began to work for Knotts as talent and worked my way up to being part of the makeup dept. In 2016 I was hired on full time and became our makeup technician. With that new title, I became responsible for sculpting, molding and foaming our parks along with all the other cedar fairs parks back easts products out of shop in Buena Park for their haunts.

From working with haunt, I met out head of makeup Denise Chavez who also brought me on to other projects outside of Knotts that have been for Sci-fi channel and Asylum. Working with that team of artists, I met Nicole Moroni who has brought me on to projects crypt tv. During the pandemic, when projects went down, I decided to 3D print face shields and donated them to hospitals and first responders during the shortage. Currently, I’m working from home and producing masks and 3D prints for people who’ve commissioned me to do so while I wait for Knotts to reopen and allow our department to return.

We’re always bombarded by how great it is to pursue your passion, etc – but we’ve spoken with enough people to know that it’s not always easy. Overall, would you say things have been easy for you?
Everything in the line of work that I do is competitive, from sabotage to people who’s in the same space as you. Other artists egos, things always have their ups and downs. Specific times of the year also plays into what I do, from March up to Halloween I’m always working on projects leading up to the event. After Halloween, things die down a bit unless I’m looking for film work for those who need a makeup artist. Also, I’m typically a shy and quiet person and don’t like to promote myself too much out of fear of sounding like show off or embarrassing myself since I don’t have the best self-esteem.

We’d love to hear more about your work and what you are currently focused on. What else should we know?
I’m a makeup artist/production artist.

Things I’m most proud of is my work for Knotts as the only person who does what I do for them, in sculpting, molding foaming, and casting the masks and prosthetics.

For my self outside Knotts, I’m a freelance makeup artist/ production artist and have worked on numerous projects in the past decade. I don’t know if anything sets me apart from other, I think anyone is able to do what I do if they really want to because everyone is totally able to be creative.

What were you like growing up?
Growing up, I went to a private Christian School, my father was the principal and one of the teachers, that was always difficult for me to find myself because I always felt watched, when I was eight, I was molested by my uncle on a vacation our family took and he continued at every family function until I was twelve. My father was also an alcoholic who is now sober and tries every day to make up for how he treated us during his drinking days. When I was 17, my son was born and his mother and I have been together since she also helped me be able to tell my parents about what happened with my uncle because we didn’t want him to be around our son ever. On top of all this I’m adopted and we moved out to California when I was one and half from Rockford, Illinois. Through all that happened, I try to not let my past define me and aim to always try and stay positive to better myself. 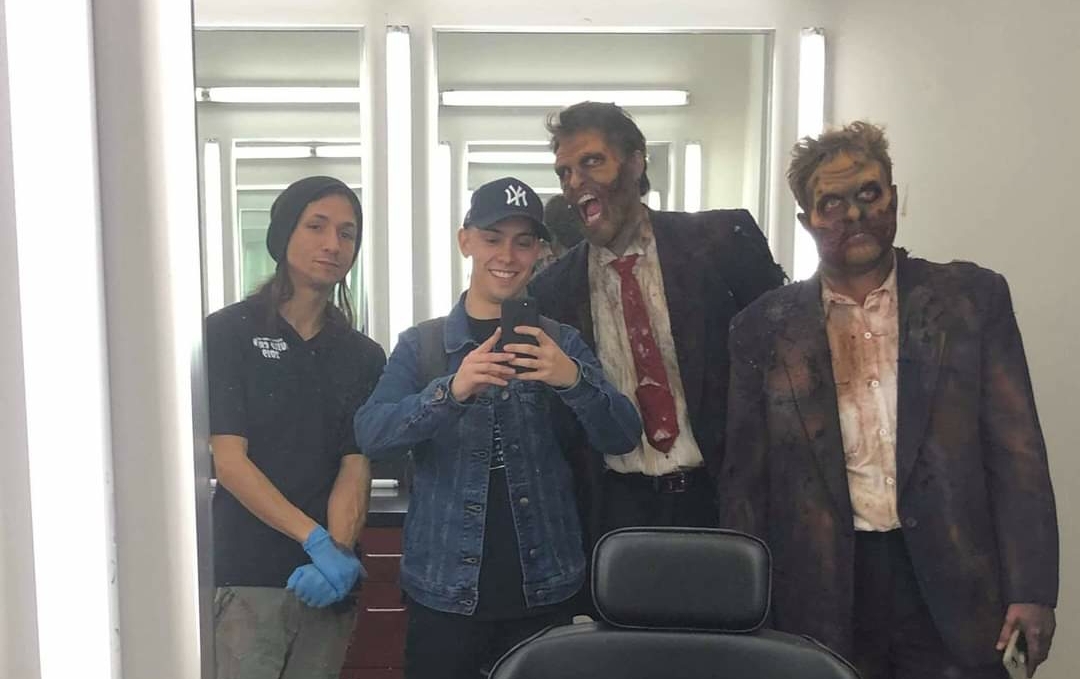 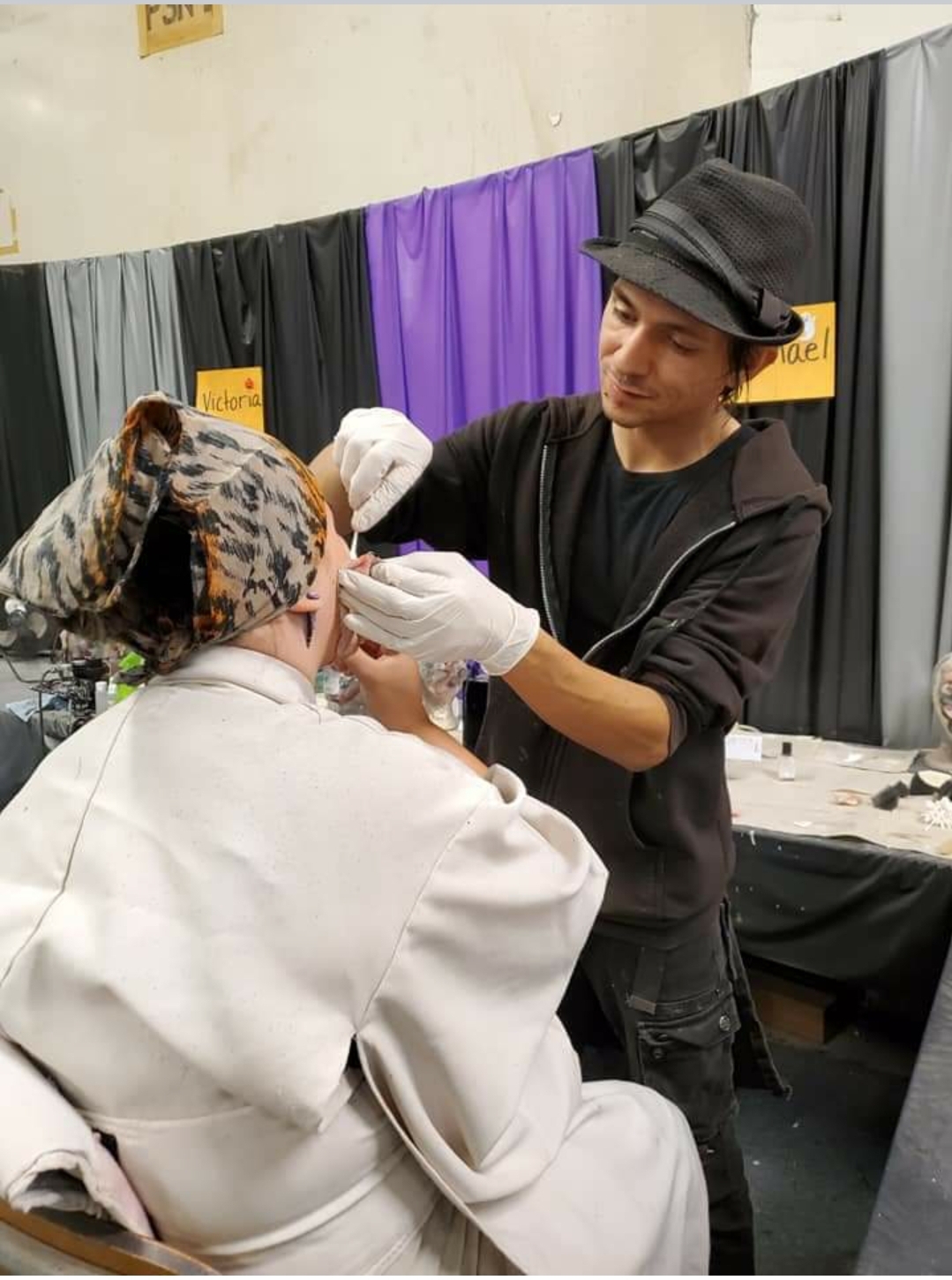 Image Credit:
Denise Chavez: taking photos around the makeup room for us.