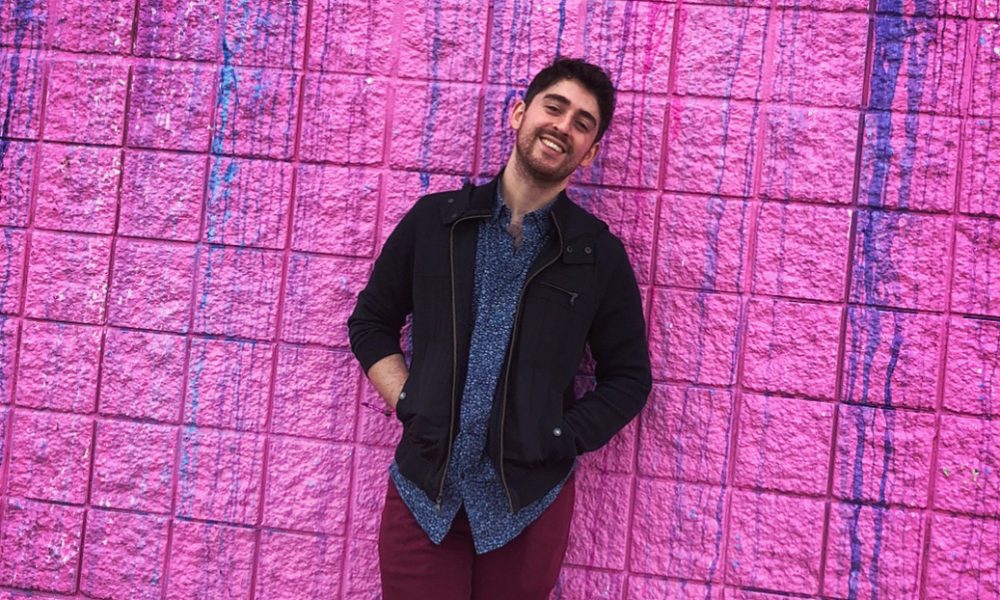 Today we’d like to introduce you to Michael Blum.

So, before we jump into specific questions, why don’t you give us some details about you and your story.
Music has always been a huge part of my life. I grew up in a household that was always filled with music. My father, a classical guitarist, was my first guitar teacher. He worked hard at a different career, but when I was around 8 or 10, on most weekends, we’d have a guitar lesson, jam, or excursion to Guitar Center. He taught me how to play a lot of different styles, and introduced me to a lot of great music, from Led Zeppelin to Jaco Pastorius. My mother, a singer, encouraged me to use my voice and introduced me to her favorite artists, including Stevie Wonder, Earth, Wind & Fire, Michael Jackson and James Taylor. My brother, who has been my best friend for life, is a drummer and singer and growing up, we would jam on our favorite songs, make up silly songs and improvise musicals. I did a lot of different things growing up, but the one thing that I never strayed from was music.

When I went to college, I developed a very deep love for jazz guitar, and around my sophomore year, I became fanatical about practicing. I practiced with every free moment I had. Around that time, I also met my girlfriend, Rebecca, who’s been my partner in crime ever since. After college, Rebecca moved to Northern California to study medicine, while I moved to Boston to continue studying jazz. However, the long-distance relationship sparked a new creative interest for me–songwriting. All of a sudden, I had less interest in practicing jazz guitar; instead, all I wanted to do was write songs about what I was feeling. During that lonely time in Boston, I wrote, produced and released an EP called “The Reservoir”. Some of those songs are still some of my favorite songs that I’ve written.

After two years in Boston, I joined Rebecca in NorCal. At the same time, a friend of mine from college, Evan Griffith, was moving to Los Angeles to begin working at Epic Records. I decided to give him a call, and he said that I had to come down to LA. Skeptical at first, I eventually planned a trip, and I spent a few weeks in LA. It didn’t take long for me to realize that LA is where I needed to be. After some long discussions with Rebecca, we decided that we would move to LA after she finished school.

We moved here just about a year ago, in May 2019, and in the past year, I’ve built a studio, met great friends, worked with super talented people, and I’ve probably made more music than I’ve ever made in my entire life. My birthday is coming up on Saturday, and I think I can honestly say that this has been one of my favorite years yet.

Overall, has it been relatively smooth? If not, what were some of the struggles along the way?
No, definitely not. Until I found my people in LA, it was really difficult to feel like I was affecting anything with my music. I would play shows where nobody but the sound engineer showed up. I would spend weeks on self-producing my music and it would go nowhere. There were definitely times along the way that I considered switching career paths and doing something else with my life. But for some reason, I kept believing, and thank goodness I did.

Can you give our readers some background on your music?
I’m a producer, artist and songwriter, and my favorite thing to do is co-write songs with and produce songs for other artists. To me, there’s nothing more fulfilling and rewarding than helping someone’s vision come to life. I’ve found that genre is mostly irrelevant–instead the most important thing to me is the song itself.

I built my studio last year when I moved to LA. The thing I’ve been most proud of is that in just the past year, I’ve been lucky enough to work with some of the most talented writers and artists I’ve ever met in my life, and we’ve made some really great music together.

What is “success” or “successful” for you?
Oy vey. OK. I think success is a state of mind really. I can wake up one morning and feel successful, and wake up the next and feel unsuccessful, and it has nothing to do with my bank account or my work or my social life. Instead, it’s about deciding that I feel successful. Sometimes I have to pause and remind myself that I live with the person I love, I make a living doing what I love and I have the best cat in the world. Sure, there are things in my life that I still want to achieve, there are skills that I want to improve, and I want to become a better person. But that’s part of the journey, and if you’re on the journey, you’re already a success. 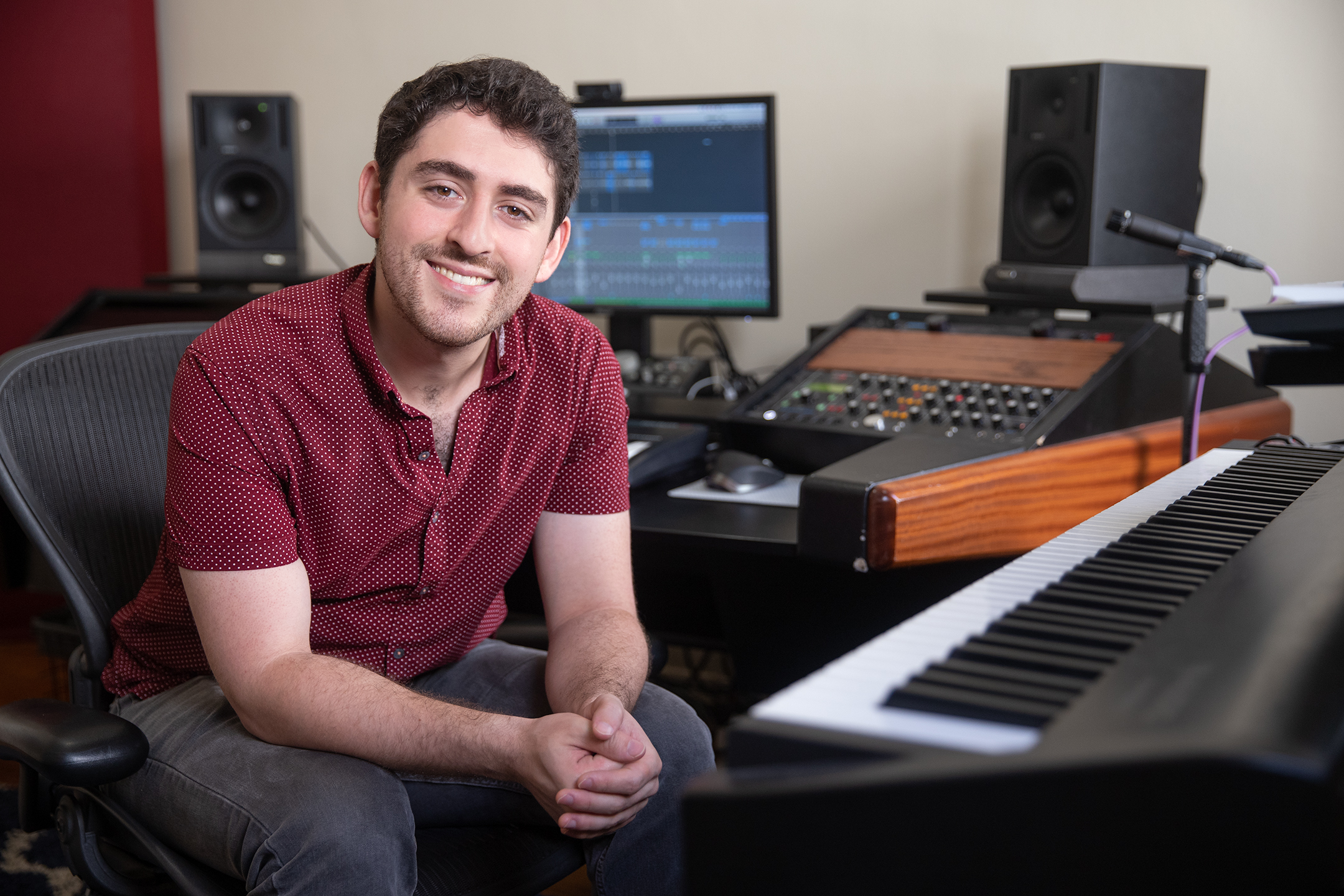 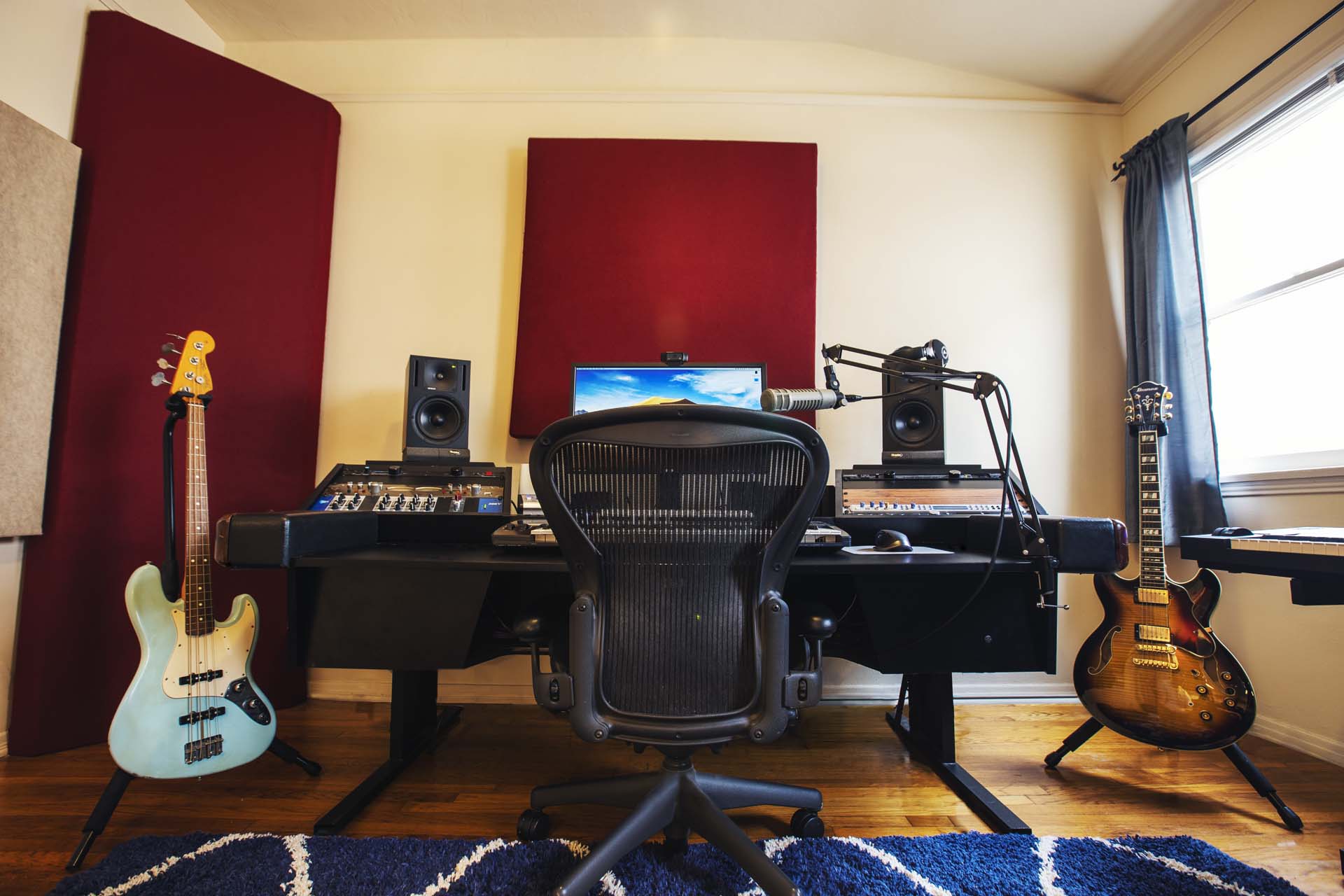 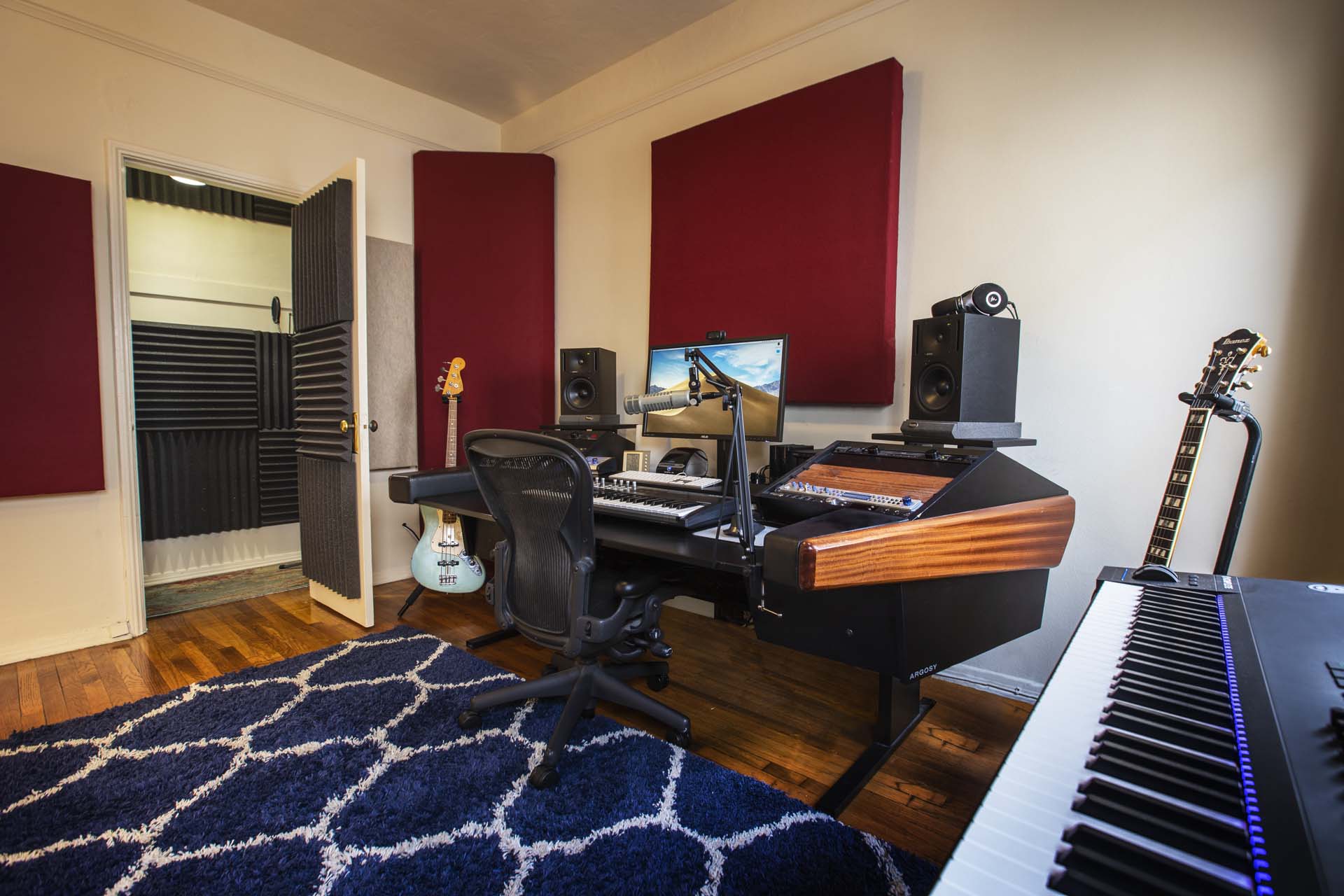 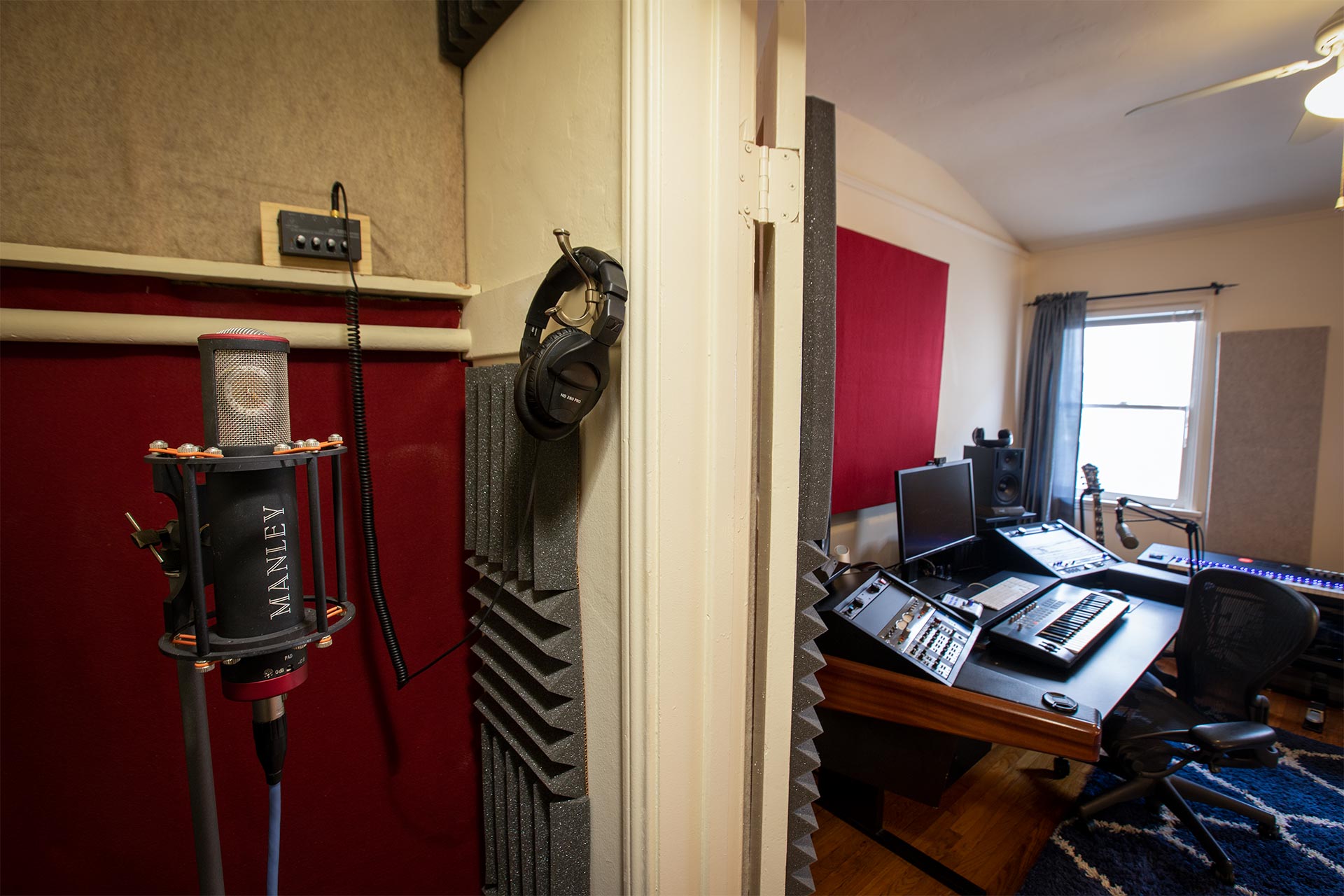