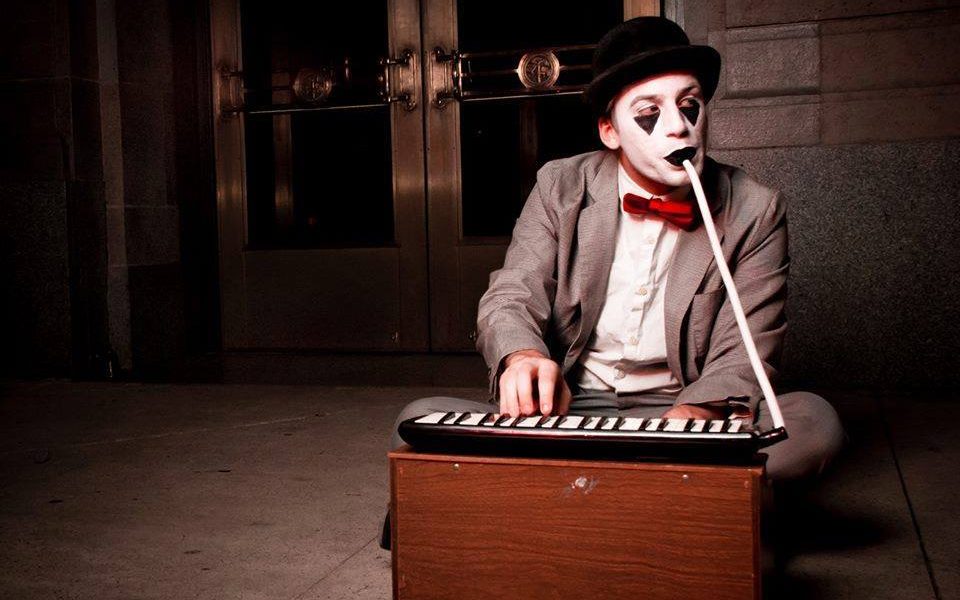 Today we’d like to introduce you to Micah Byers.

So, before we jump into specific questions, why don’t you give us some details about you and your story.
As a kid, the first thing I ever read was music notation. I had a unique childhood in that my family chose to unschool, which meant that our interests guided our learning, and my interest was music. My biggest source of inspiration for wanting to be a composer came from listening to Yann Tiersen’s score to Amélie and Rachel Portman’s score to Chocolat (THANKS MOM!). I can’t describe what this music did for me, but it felt so relatable and I connected with it after performing and listening to it for so many years. After this experience, I knew I wanted to write music and connect with people in this way.

In high school, I started street performing with my toy piano and melodica (can you tell I was inspired by Mr. Tiersen?) and became THEE street performer in my bohemian neighborhood, The Tower District. My friends formed a circus troupe called Circus Et Cetera, which consisted of opera singers, jugglers, fire dancers, and aerialists. I started music directing for Circus Et Cetera by writing original music for our shows and acts. This was the birth of my character, MrBeforeDawn. I was blessed to be able to take this act on a six-week tour throughout most of Europe.

While studying for my piano and guitar performance degrees at Fresno City College, I participated in the CSU Summer Arts film scoring class where I met and briefly learned from Garry Schyman (BioShock) and Christopher Young (Hellraiser). This cemented my desire to write music for film and set me on my trajectory to CSU Northridge for my Bachelor of Music in Film Scoring.

Before moving to Los Angeles to pursue my dreams of composing for film, I met a beautiful woman with a camera in hand, recording my street performance. She approached me and asked if I would be the subject in her film for her film school application (PERFECT!!!!!!). I eagerly agreed, on the condition I could write the score. We both moved to Los Angeles in pursuit of the film industry as she went to LMU for film production while I was at CSUN. We got married and to this day, Zoë is the best tip I’ve earned from my street gigs!

I took advantage of Zoë being in film school and wrote 20+ scores for her friends in the program, trying to learn all I could and develop my voice as a musical storyteller. Upon graduating, I became the resident composer/arranger for Valley Chamber Ensembles, providing original music and arrangements for over five programs throughout their 2016 – 2019 seasons. My scores have been heard in historic theaters including The Egyptian Theatre, The Theatre at Ace Hotel, Crest Theatre, and the Soraya (previously known as Valley Performance Arts Center) while apart of the opening program of a John Debney film music concert. All of these experiences have been crucial in my development as a composer.

While freelancing, I felt the need to contribute more to my community and I desired to provide high-quality music education as I didn’t have access too that as a young composer. It wasn’t until I started to receive mentorship from composer, Benjamin Boone, and began studying at Fresno City College that I grew in a unique way. Overall, it was my experience of lacking necessary resources to pursue the music industry in high school that made me want to teach and provide that opportunity to the students of LAUSD.

In 2017, I began working at University High School (known as Uni) in West LA as the instrumental music director. I walked into a great situation with grant opportunities provided by United Talent Agency and the classroom housed a recording studio. While teaching there, I developed a thriving program with industry support, mentorship, and student composing, arranging, songwriting, and conducting at the forefront.

With the help of my friends Rebecca Kneubuhl and Jason Soudah, we were able to create Uni Music Mentors, a program to engage high school students in one on one mentorship in the art of composing or songwriting. Their culminating project consisted of leading their own recording session in a professional studio with live musicians and an engineer under the guidance of their mentor. Our mentors have included Deborah Lurie, Cindy O’Connor, Tony Morales, Layla Minoui, Anne-Kathrin Dern, Daniel Heath, Johnnie Newman, and Satellite Sky.

Currently, I’m working on my master’s degree in music composition and my career technical education credential to develop courses and curriculum aimed at preparing high school students for entry-level positions in the music industry while freelance composing.

Great, so let’s dig a little deeper into the story – has it been an easy path overall and if not, what were the challenges you’ve had to overcome?
In general, it feels a bit like going through fire living in Los Angeles as a young adult with literally nothing to your name. The financial burden of living here is very demanding and makes it difficult to pursue your dreams because you have to be realistic about your time – most of which is devoted to working so you can pay rent.

One of my biggest challenges in Los Angeles was the desire to have a busy career in the music industry and a family simultaneously. I feel that the culture doesn’t traditionally support these two desires in a way that they can coexist, at least on my timeline!

The first place I lived was in a house (slum) with 15 other people for $530. My room could fit a twin bed, dresser, and tv tray. It was cheap, dirty, and uncomfortable. When Zoë and I got married, we moved into another house with a similar situation for $830 and eventually moved into our own apartment ($1,800) after we were fed up. Our next studio cost $1,300. Then we moved into a back house in West LA for $1,600 after we were sick of commuting. The back house was definitely not suitable for a baby, so when we found out we were expecting our son, we moved to our 1 bd 1 ba ($2,100) in Westwood to be close to my work.

This is mostly what I mean by the culture not providing support for these two desires. Sure, you could rough it out while you go after your dreams – live in slums, commute 3 hours every day, work around the clock, maintain your debt, but what if you want to start your own family as a young adult? It’s a very taxing way to live and takes a great toll on your mental and physical health in both mine and my wife’s experience.

When I reflect on this road, I am always baffled that somehow we have always had just enough money to pay rent (never missed a payment!) and that in six years, I went from affording $500 all the way to $2,100 for my living space. I think that’s a testament of how if you take advantage of the opportunities LA has to offer, you can grow exponentially in a short amount of time if you put in the work, which Zoë and I certainly have!

Can you give our readers some background on your music?
I’m known for composing music for film/tv, arranging music, songwriting, and developing music programs.

I compose primarily for independent filmmakers and music libraries. I love working on short-form narratives and documentaries. I most recently wrote the score for the short film, To Smell the Roses, directed by Ryan Larkin which won 1st Place Winner of the ON LOCATION 2019 short filmmaking competition from NewFilmmakers Los Angeles and feature length documentary, WHO IS MY NEIGHBOR? Directed by Charles Vijay Kumar which won the Special Jury Mention Award at the Jaipur International Film Awards.

As a composer for film, my primary role is to collaborate with the director and help them to tell their story through the music, which is why I consider myself to be a storyteller first and foremost in this role. I love creating musical themes for characters and creating a path for views to subconsciously follow while they watch the film.

When it comes to arranging music, I take pre-existing songs and arrange them for ensembles like orchestra, string quartets, woodwind quintets, piano solos, guitar quartets, and more. It’s a fun challenge and takes off the pressure of creating the original melody and chords and instead forces me to become creative in other ways like rhythm, musical texture, and form. One of my favorite arranging groups is Vitamin String Quartet (check out their Dance, Dance by Fall Out Boy cover!) and Post Modern Jukebox (check out their Creep by Radiohead cover!). They are a great examples of what inventive arranging is, in my opinion.

My writing partner, Victoria Cortez and I have a songwriting project called Lah Dah Dah Collective. We focus on writing songs for music publishers, artists, and film/tv. Victoria is a powerhouse vocalist/lyricist that can sing across multiple genres while I lead the production side of things. We’ve been focusing on writing for other artists over the past two years, we have just begun production on our debut album called Love Lost//Lost Love which focus on (you guessed it!) experiences of love and loss.

One of the things I’m most proud of is definitely developing music education programs and curriculum. There is seriously nothing better than helping kids achieve their dreams and help them to play and write meaningful music. My songwriting program just came out with an album called 2020 Vision which started production in August 2019, and despite the pandemic, they continued to work on the album via distance learning and released this album in June. The album addresses issues that they have observed in society and their songs describe a world they wish they lived in. To me, it is the coolest thing to help give them these experiences of writing music and recording.

In terms of what sets me apart is that I am a honest and genuine collaborator who will bring my life experience, perspective, and input to the table. My favorite part about being a composer and a teacher is that in order to do my job, I have to work together with a team and I love that so much. I don’t really enjoy sitting alone in my studio writing the music as much as I love being in a recording session with the musicians, or a spotting session with the director, or a classroom full of students. Collaborating is my favorite part of the job!

Is there a characteristic or quality that you feel is essential to success?
The characteristic that has been most important to my success is having a really clear vision of what it is that I want and devising a plan to get there. And it goes without saying that you need grit, compassion, grace, and shoulders of other people to help you to get there! 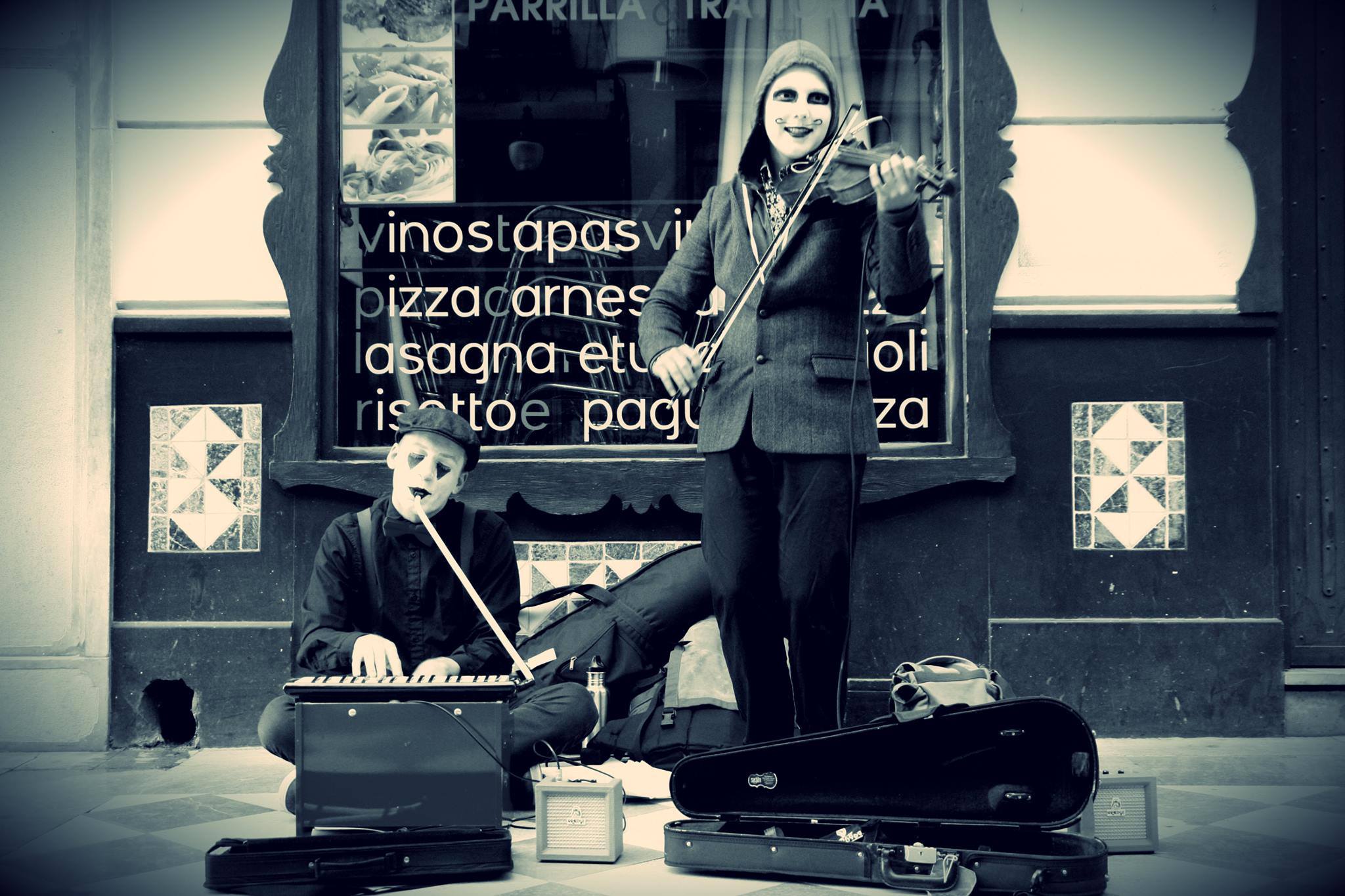 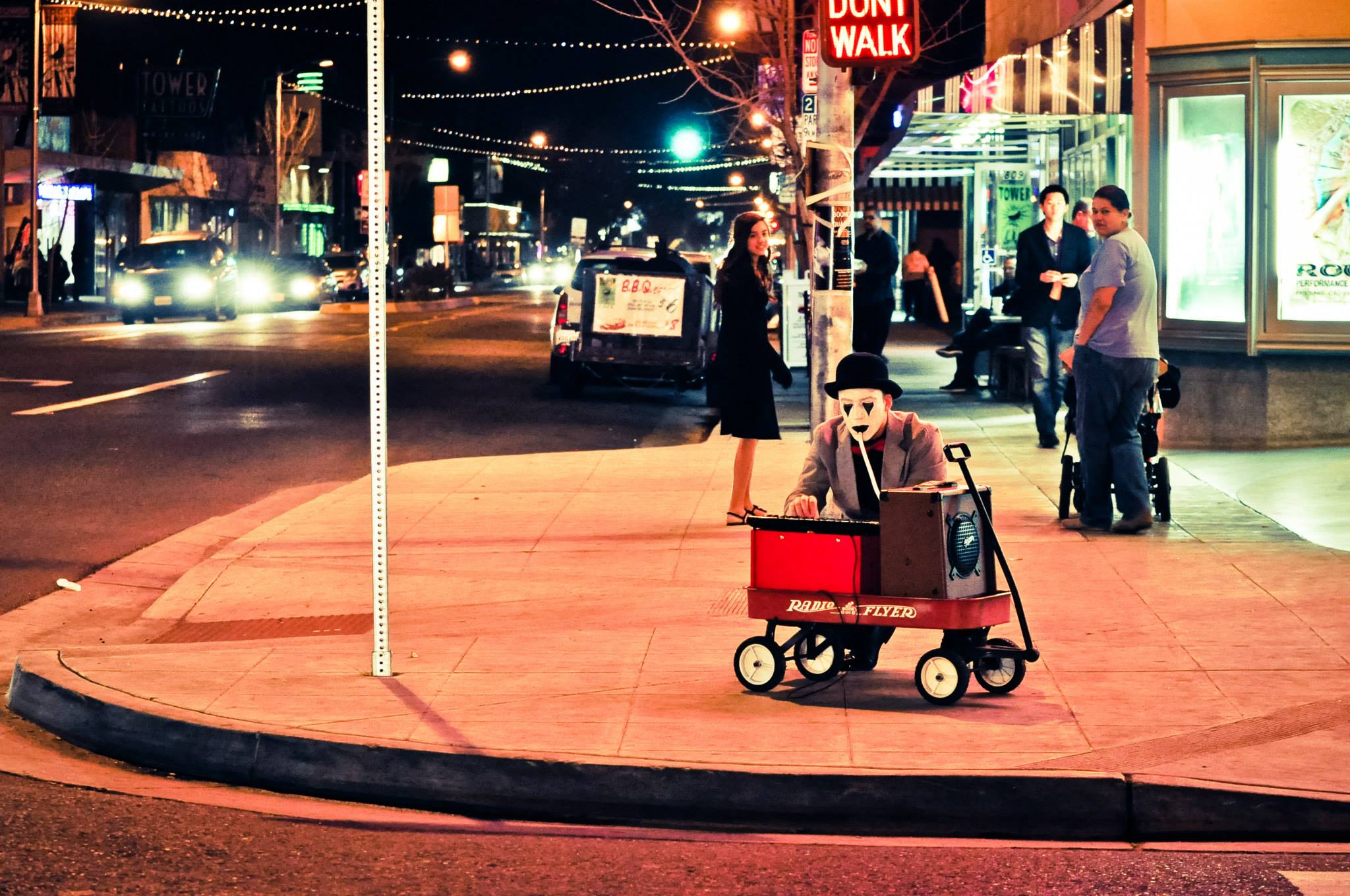 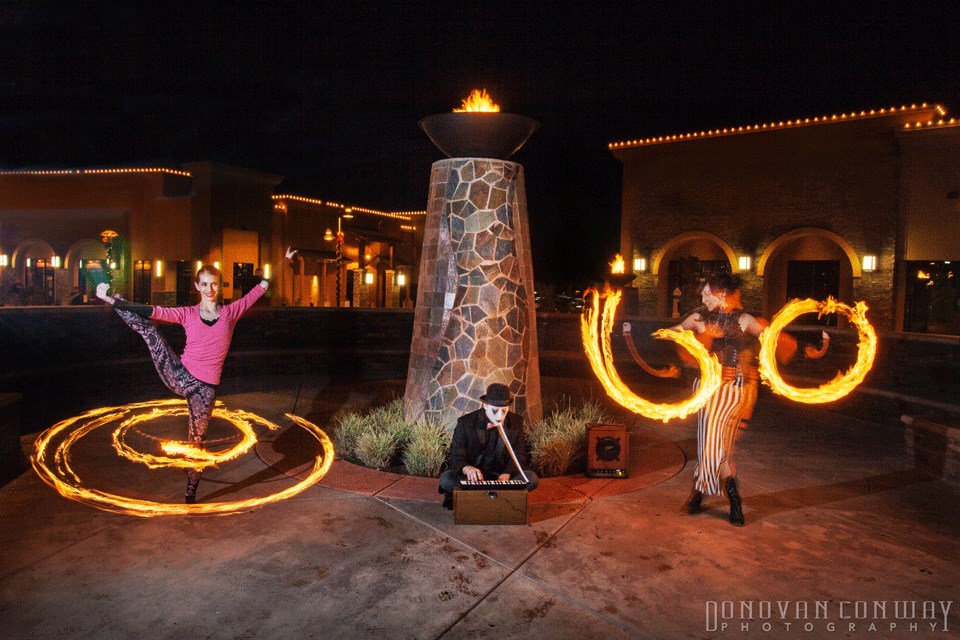 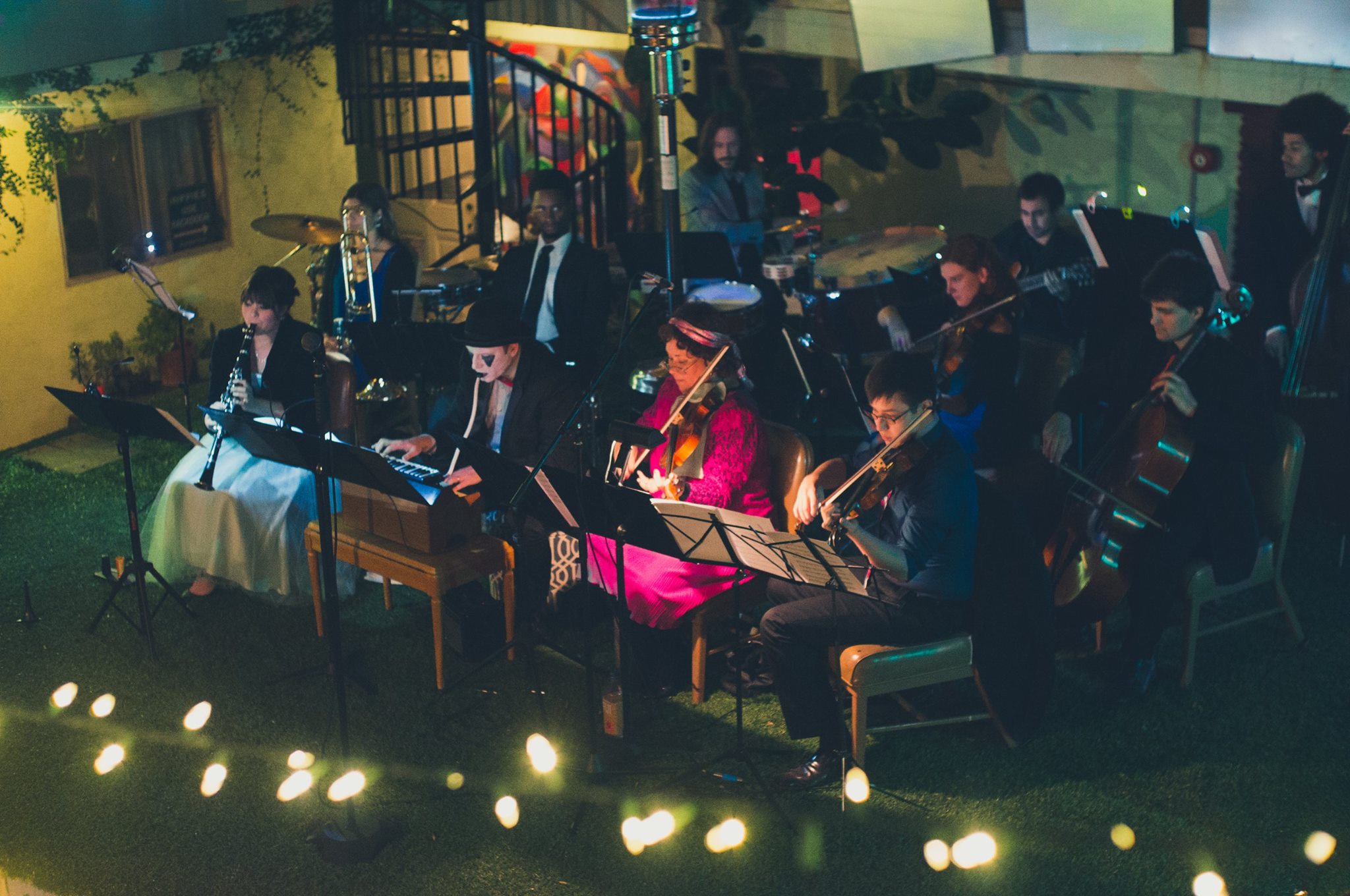 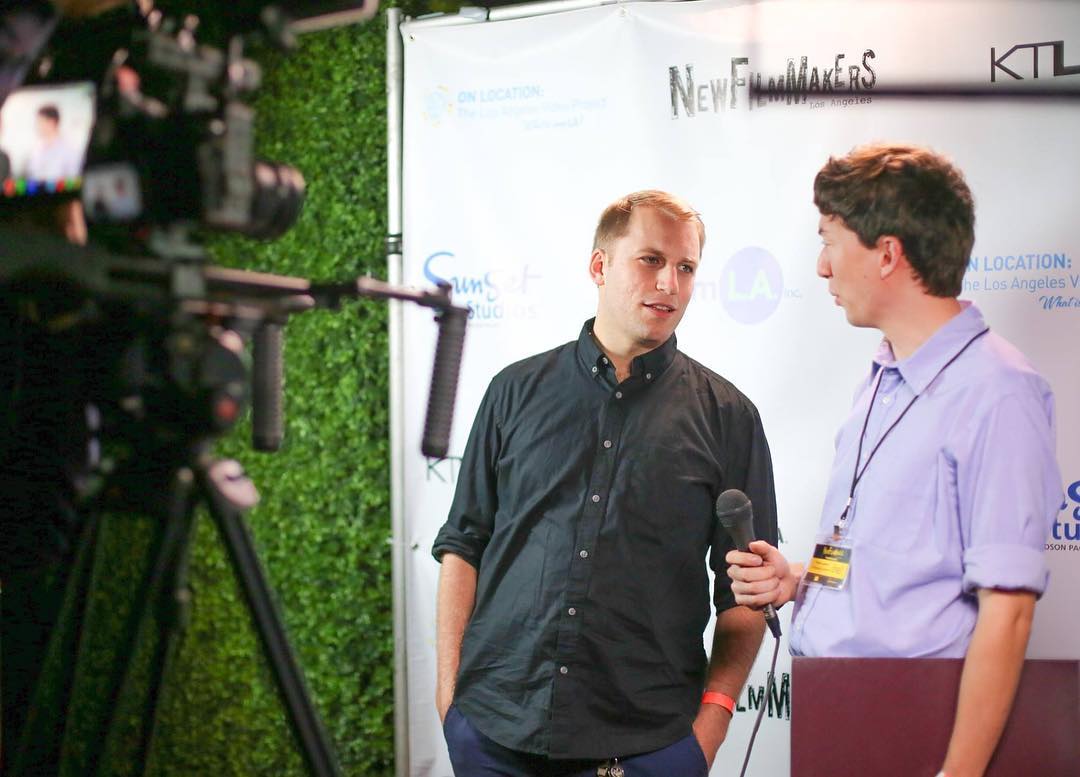 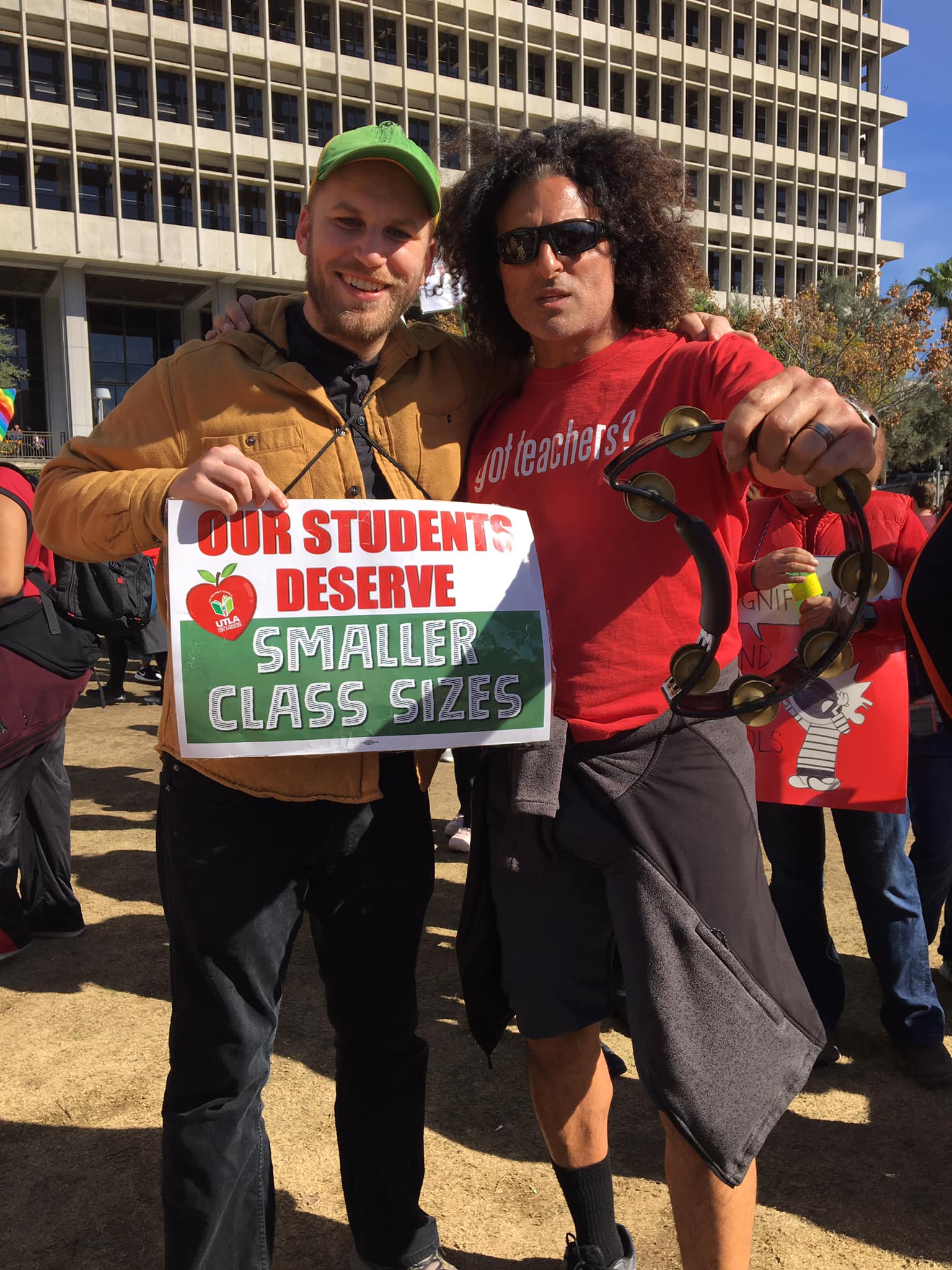 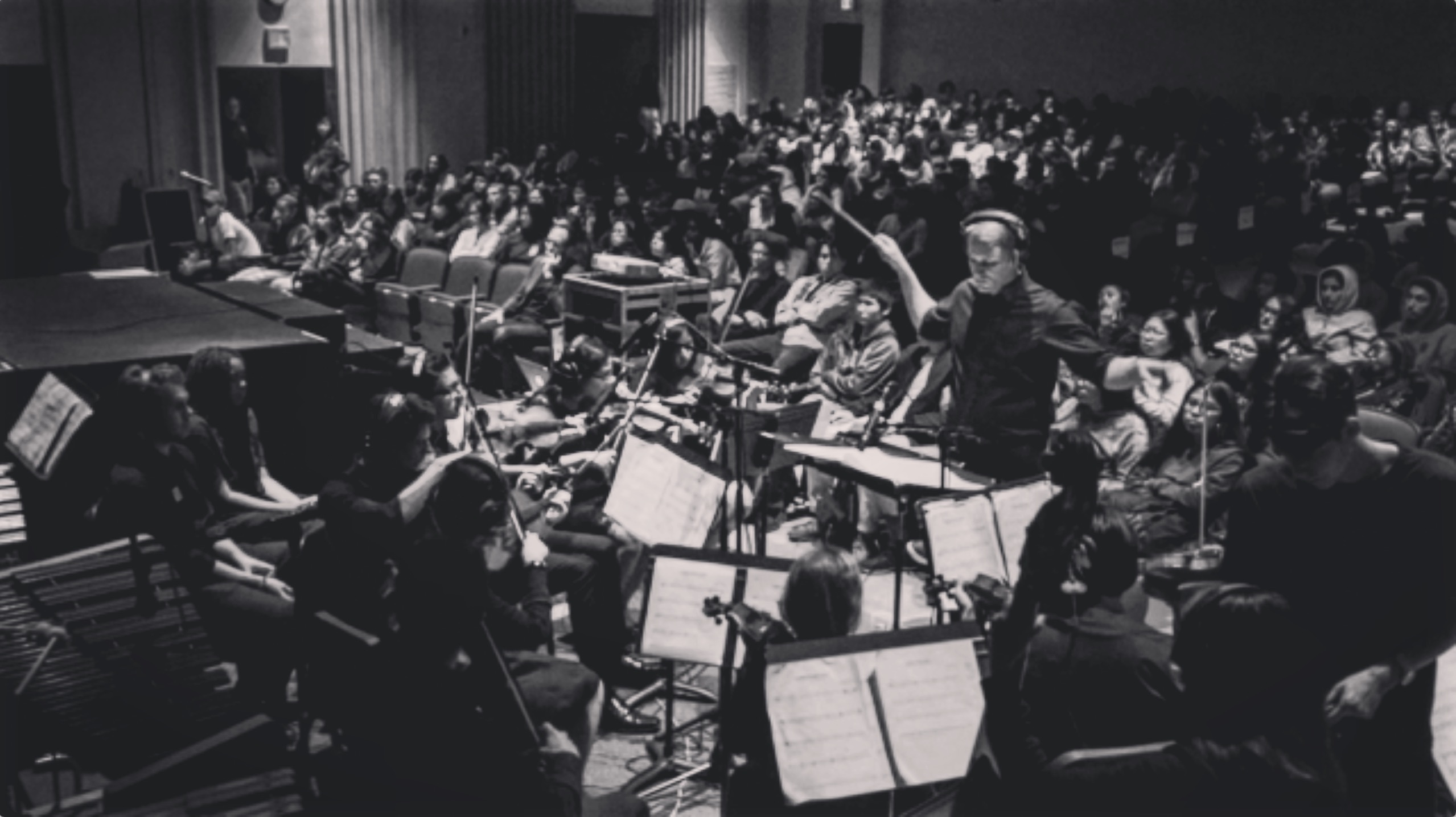 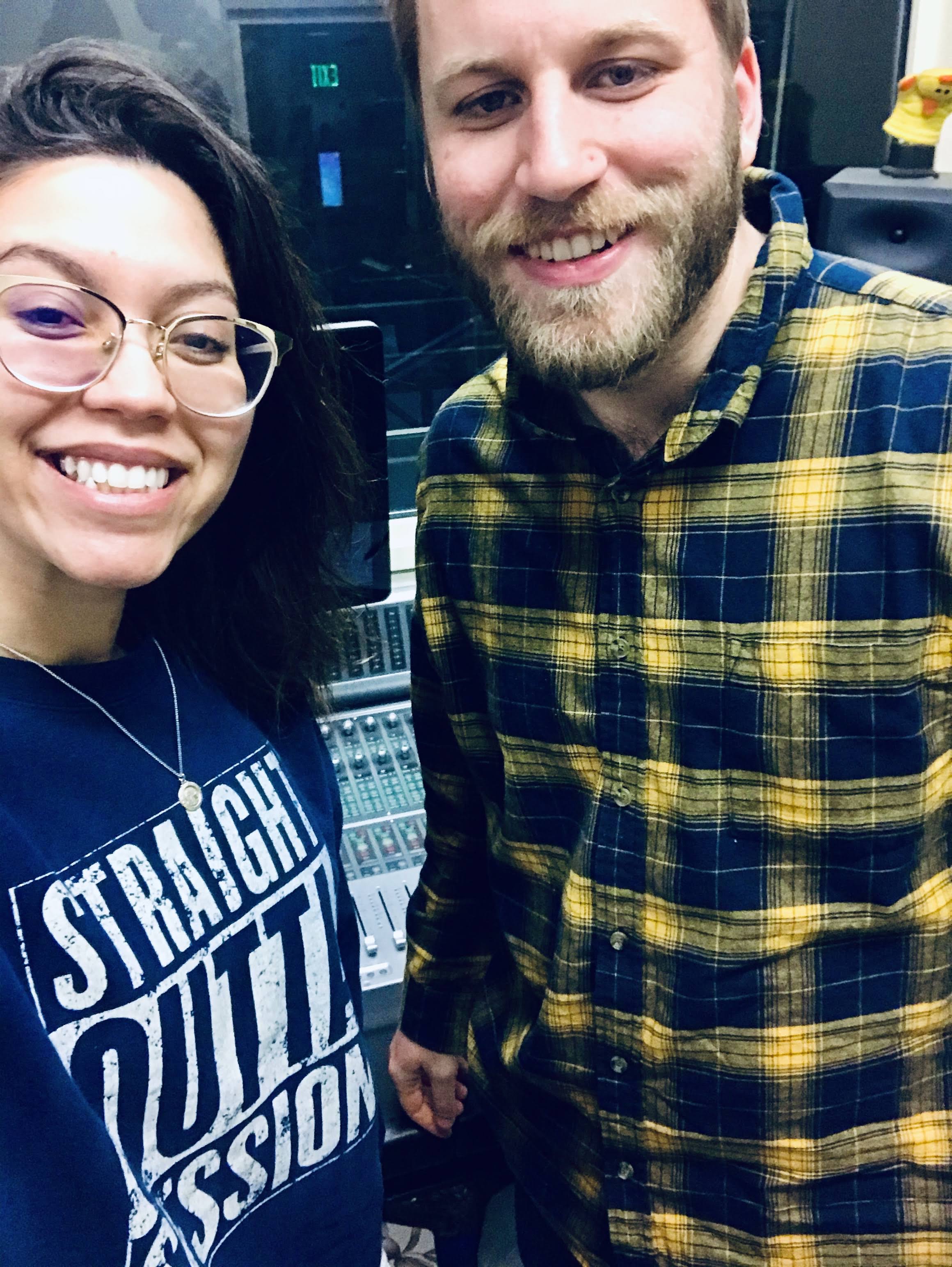