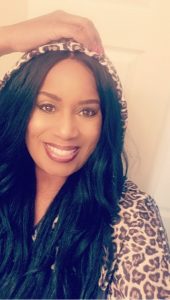 Today we’d like to introduce you to Mia Nicole.

Thanks for sharing your story with us Mia. So, let’s start at the beginning and we can move on from there.
My love of words began as a child; telling stories is something that just came naturally. I had a gift and wanted to share it with everyone! My hilarious mother was “a Grammar Nazi” and policed every word that came out of my mouth. She was extremely dramatic, descriptive and over the top with her analogies. My dad, uber articulate and proper, sounded and looked like Bill Cosby aka Dr. “Huxtable.” It was inevitable that I would be a writer. It is in my blood!

While most children my age were enjoying “Mr. Roger’s” and “Sesame Street” – I was regaling my much younger sister and brother with my vivid imagination and created stories of love gone wrong, shattered dreams and redemption, that probably would now be a part of ABC’s Shondaland. And I was ten years old!

Fortunately for me, my parents did not know about “Storytime with Mia.” No, it wasn’t until we were all in our 40’s – that I told them, something we all laugh about to this day! By the time I was 12years old, I had made up my mind that I was going to be the editor in chief of Seventeen Magazine or Glamour – whoever would hire me. I didn’t want to just be a writer, I wanted to be the boss! Well, a girl can dream can’t she?

Clearly, I did not become the editor in chief of any of those two magazines. After being thoroughly bored with Corporate America because it did not challenge me creatively, I left. Then in 1998, I let my father talk me into joining him in a field where there was no creativity at all…Real Estate. I was good at it until I became bored with it as well. I lost joy and when that happens to me, it’s time for me to move on. I told my husband in August 2011 that I wanted to quit. But I kept going. However, in November 2011, while still a Realtor, I was in a major car accident and didn’t work for seven months. I then told my husband that I was going to start writing. I was going to put my “beautiful mind” to good creative use! Because of a client who decided to rent after showing him 15 houses while hopping on a cane, I finally quite real estate in August 2012 a year later, and started writing a blog called, “Just Being Mia.”

A friend told me about the Muse Writing Center, an organization for writers, there were experienced as well as new to come together in various writing classes. My first class was a non-fiction writing class which was totally cool! The classes were made up of 8-10 students. I learned a lot about myself. One thing I did learn: I could describe something so vividly that you not only thought you were there, but you actually could see it! I could describe a tomato in so many ways, that if you hated tomatoes, I could have you dying to eat one! My favorite class was “magazine writing.” Our instructor was an editor in chief of a local magazine. One of our assignments was to interview someone either in the community – anyone! I decided to interview an international musician who happened to live in our area. I reached out to him through Facebook and requested an interview. He agreed and we met at a library. It was amazing! He liked it so much, that not only did he get my article in a local magazine – which was amazing because it was a class assignment, but three months later he called me and said he loved my personality, I was bubbly (I have heard that all of my life) funny and he had a proposition for me: He wanted me to be his publicist! I had never done it but knew I could. After getting him on several local television shows, and many other gigs, I knew I could do it. And that is how I came into the world of public relations. It literally fell into my lap.

My love of people and their stories made me really enjoy what I was doing. I met a lot of amazing people in the entertainment industry. I had been hired by a dance, music and fashion magazine in Boston, called, “Hot Stepz” were I was hired as the beauty editor. I was doing that as well as some PR. I was hired to write bios, press kits, blog post why small business owners, celebrities, you name it! No longer working with the musician, I met SNL Alum, Hollywood Comedian/Actor Dean Edwards. That was truly an accident however, it became a blessing for me and I started to handle PR for him. Not a fan of cooking, I love watching cooking shows on the Food Network Channel. So imagine my surprise when I went to interview a celebrity chef and ended up handling PR for him a year later!

Great, so let’s dig a little deeper into the story – has it been an easy path overall and if not, what were the challenges you’ve had to overcome?
There have definitely been some struggles. The publisher of the Boston magazine unfortunately lost her mother and shut down the magazine for a time. While I totally understood why I felt lost and didn’t know what to do next. Writing was my passion. I felt that my lifeline was taken away and that was writing.

Please tell us about Trustworthy Magazine.
The Chef that I was working with, Celebrity Chef Jerome Brown, introduced me to the beautiful Hollywood Actress, Denise Boutte – from the Tyler Perry hits, “Why Did I Get Married” and “Meet the Browns.” I did a few things for her, and I was able to get her placed on the cover of a magazine on the east coast. That was how I met the incredible Amina Touray, who happened to be the photographer on that particular shoot. A few years later in 2018, I saw on Instagram that Amina had started her own magazine and I wanted in! I reached out to her and I started writing for the 2nd issue.

Trustworthy Magazine is a digital quarterly magazine where we share authentic and unique stories from people around the world. We cover arts, culture, celebrities, travel, food, success stories and so much more! The first article I wrote was an “Indian Travel Guide” about American actress/model Jessica Savano. Jessica’s story was amazing; she left the United States and moved to India. As a writer, I have continually been given the opportunity to write about some really super dope people! I have had the privilege to write about the young actress Taylor Mosby from “The Last OG” with Tracy Morgan and Tiffany Haddish, Super TV Producer Shari Nycole, model and author, Liris Crosse, Project Runway Season 16 Model Winner, just to name a few! I am so grateful to Amina for allowing me to be creative with my writing! Whether you are an A-list celebrity or an entrepreneur with an amazing brand, as our slogan says, “We all have a story. What’s yours?” And as editor in chief, Amina cares about the kind of content that goes into her magazine. As a visionary, Amina’s goal for every issue of Trustworthy is to make sure we give our readers amazing, inspirational content. As someone who loves to inspire people as well as be inspired, I understand the kind of content she is looking for and make sure I bring it to her. I am extremely grateful for Amina for allow me to be a part of her dream. She gives me creative control to tell my subjects’ story, my way…with my words.

Do you look back particularly fondly on any memories from childhood?
Not only did I want to be a writer, I wanted to be an actress, but that was a career choice that I knew my mother was against. As an avid reader, Lorraine Hansberry was one of my favorite writers/playwrights (along with Langston Hughes) and the movie based on her play, “A Raisin in The Sun” was brilliant! Whenever I saw it, I would stand in front of the television and act out the scenes. While in the 10th grade, there was a school musical that they were holding auditions for and I wanted to be in it! Unbeknownst to my parents, I secretly decided to go for it. It was my favorite movie, and I knew the lines, so what did I have to lose? We were supposed to have a song ready to sing. I chose, “God Bless the Child.”

School is over and it is time to audition! I decided to read for the part of “Beneatha” – one of the main characters in “A Raisin in The Sun.” This was my first time auditioning for a play and boy was I nervous! Finally, itr was my turn and I confidently walked on stage. I opened my mouth and man, the lines just flew out! Look mom, I’m acting! To the kids in the audience were probably thinking, “Man, Mia is doing great! She knows all of the words!” What they didn’t know was – Houston, we have a problem! I had forgotten everything. As a matter of fact, the only line I remembered was, “Mama!” I ad-libbed so much, I think I quoted a few lines from “Good Times.”

When I finished, I looked at the drama teach who was usually smiling. She stared at me through clenched teeth and asked, “Mia, what song will you be singing?” I told her and she told me to proceed. After I sang, she ripped me a new one! I will never forget what she said as she shook her head a me. “Mia, you did a good job! But you didn’t know your lines at all! You were making up lines and throwing them together! You have to learn your lines young lady! And you have a beautiful voice!” Well, that was embarrassing I thought.

Despite that debacle, I ended up making the cut and made it to the second audition! Being extremely happy, and looking forward to my next audition, it was then that I remembered, “Oh My God! My mom is going to kill me!” So I bowed out of the next audition. Needless to say, there would not be an Oscar in my Mia Nicole’s future. 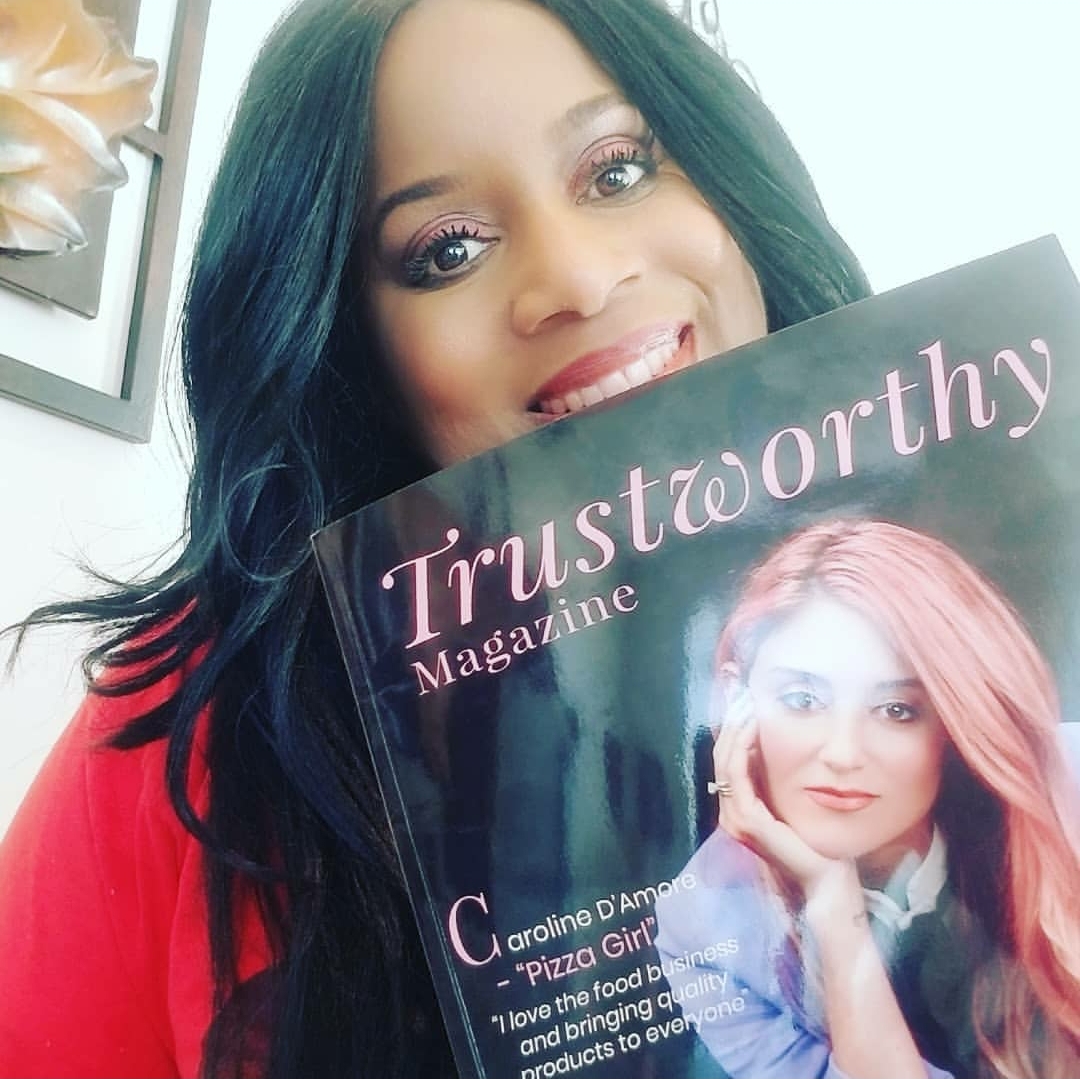 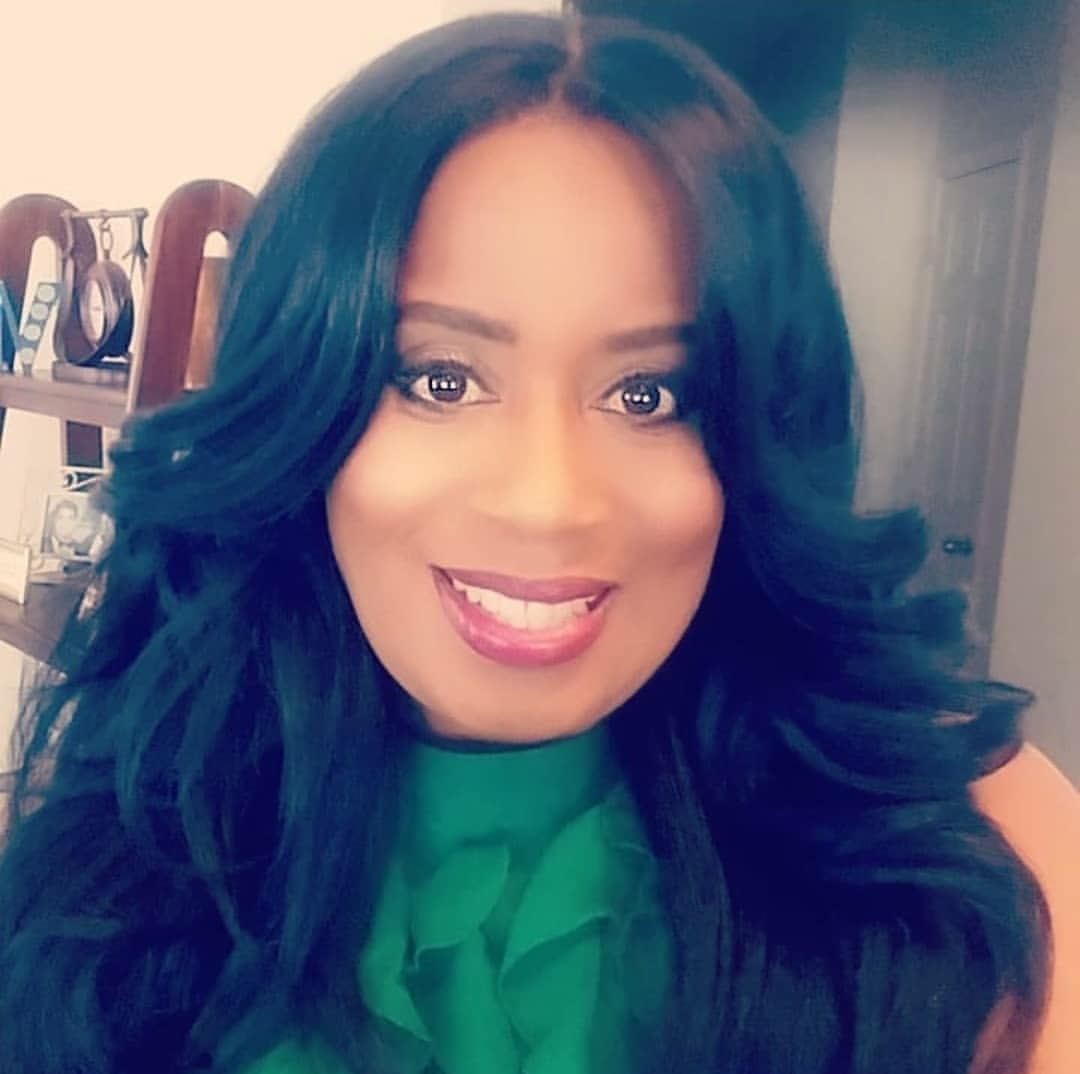 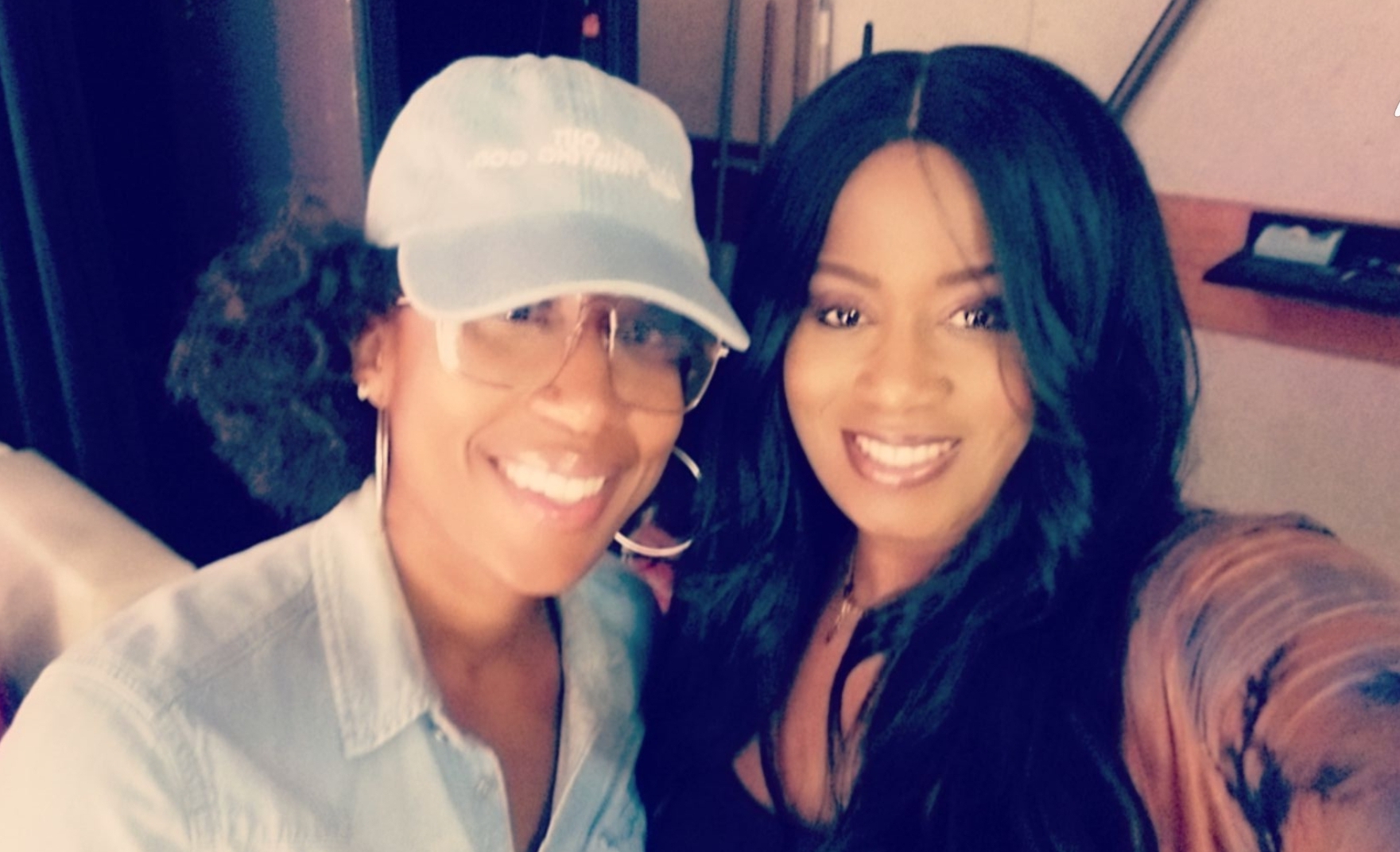 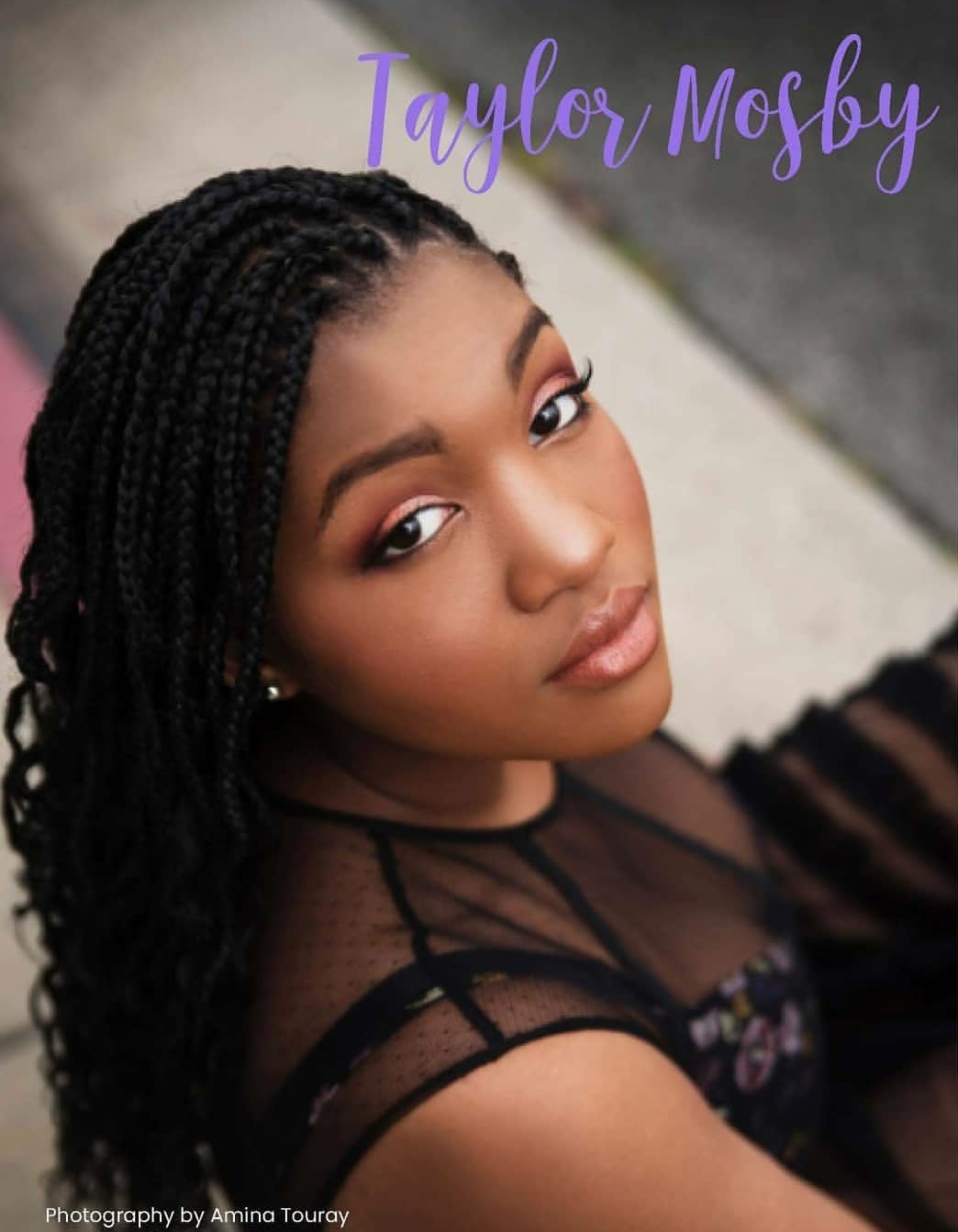 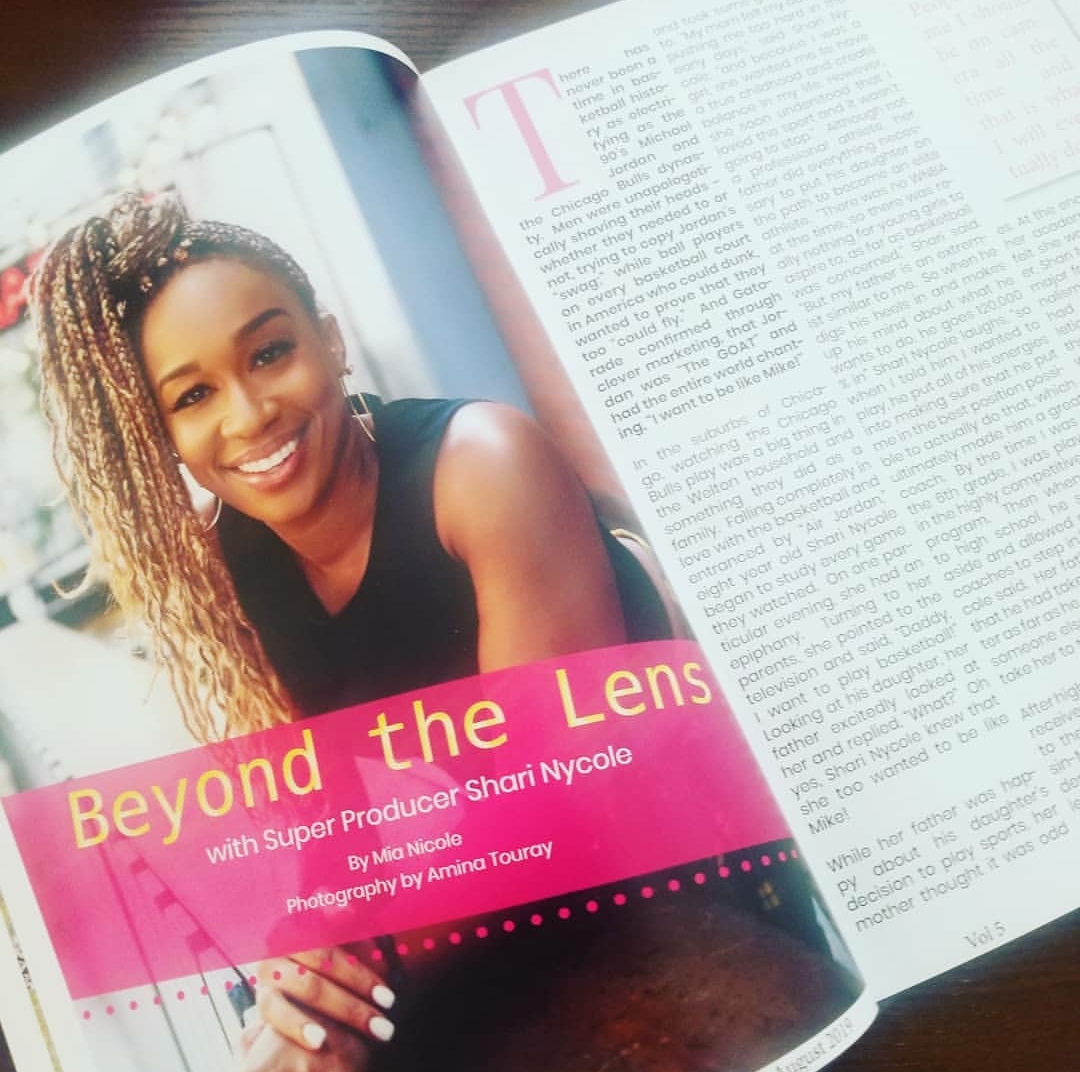 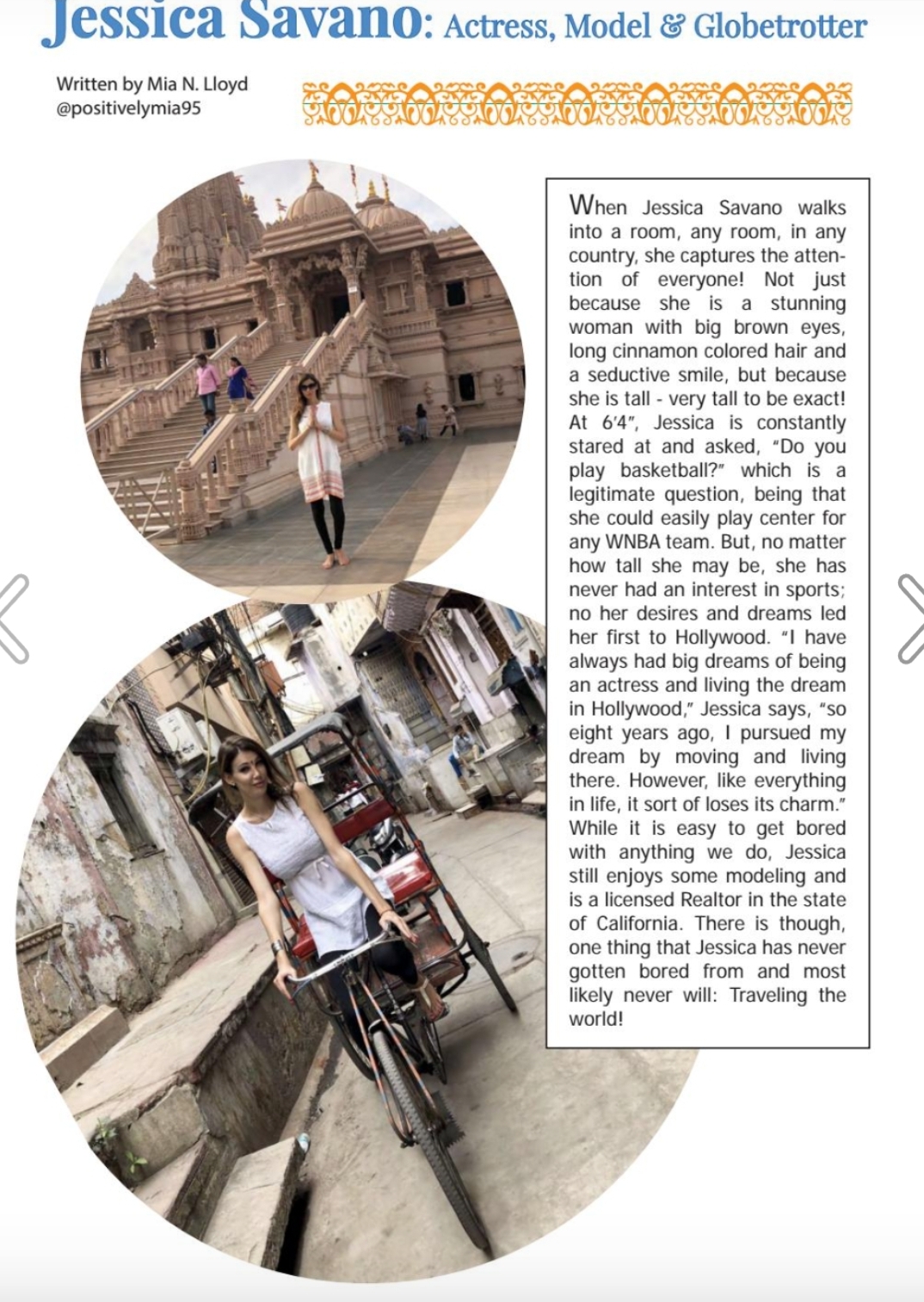 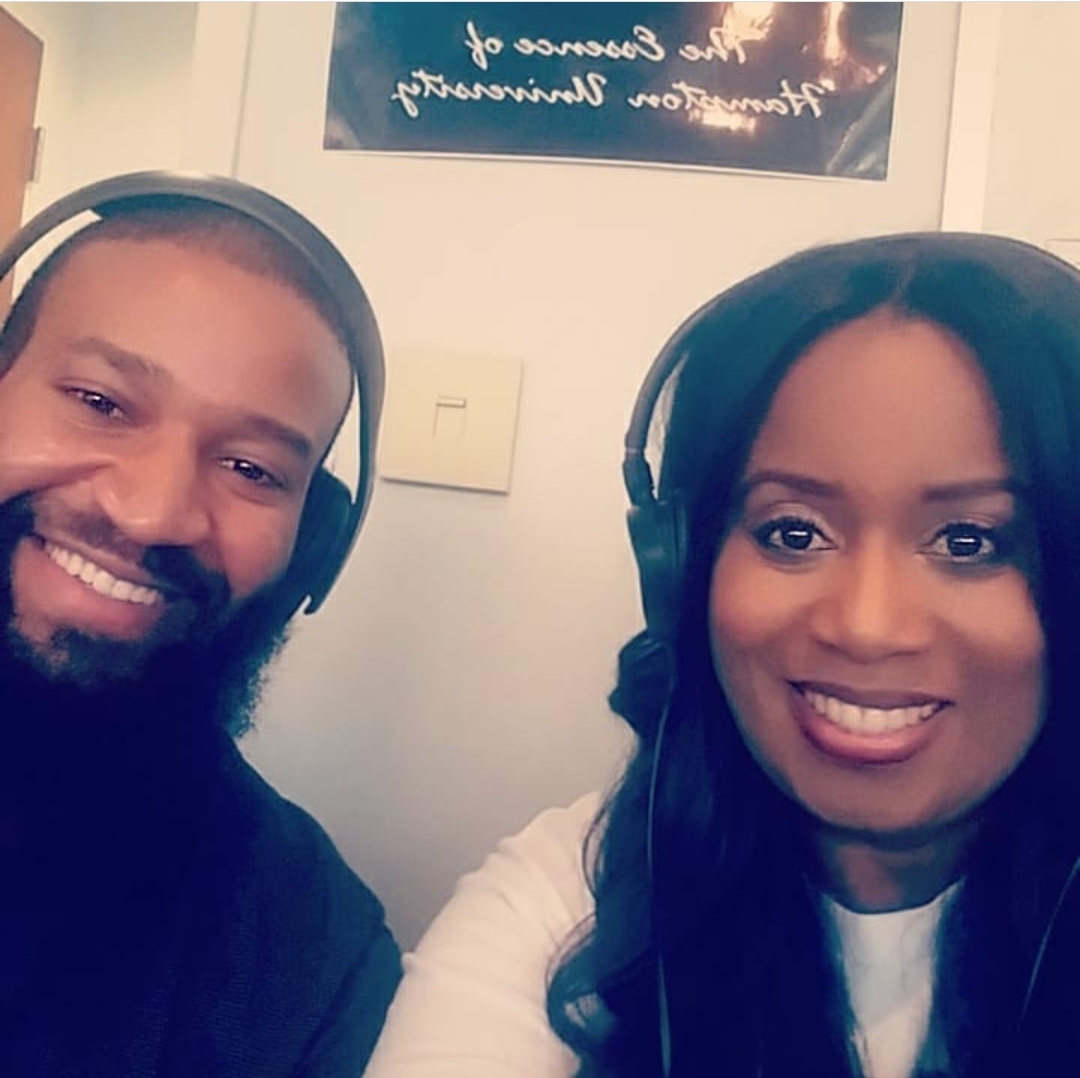