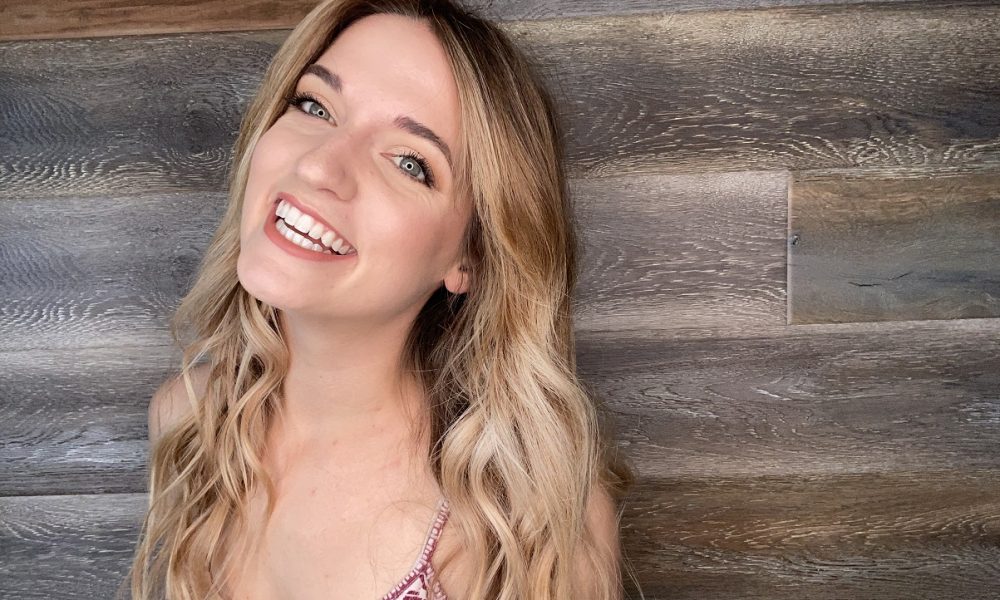 Today we’d like to introduce you to Mary Kennett.

Mary, let’s start with your story. We’d love to hear how you got started and how the journey has been so far.
During my senior year of high school, I had to decide between two of my passions: makeup artistry and performing. After some soul searching, I enrolled in a performing arts college where I studied singing, acting and dancing to become a well-rounded performer. This college was also affiliated with a non-profit that would travel the world to different countries doing 3-day outreach workshops. They would send us out on three months long tours, where our goal was to prove to communities, big or small, that keeping the arts in schools was just as important as any academic! By the end of day 3, we would put on a two-act show for the community- the first act featuring us volunteers and the second act featuring the workshop participants. Through this group, I performed on some of the most INCREDIBLE stages in front of thousands of people. It was a feeling like no other!

But nothing ever compared to the pride of seeing a kid conquer their fears and sing a song of their own.

After I finished touring, I settled down in my hometown of El Segundo and began working as a Musical Theatre Director at a local youth performing arts studio in Manhattan Beach. I spent almost six years doing what I loved: teaching children and seeing them find confidence in themselves through the arts. During this time, I also started to rediscover my love for makeup artistry by filming small Instagram tutorials as my own creative outlet. At the beginning of February this year, my good friend was in need of a makeup artist for her music video shoot. She asked me to fill in the spot! I was equally excited and terrified- but I did it and I LOVED it. I loved being on set, working with directors, and working with the talent.

Then quarantine hit. I had been laid off from my teaching job and feeling really down. Almost like I didn’t have a purpose. I needed to do something. Then it hit me! Makeup School! What a perfect time to work on my skills as an artist and educate myself for a new career path. I enrolled in a virtual program through Online Makeup Academy, where I learned how to become a better artist. I just finished my program and received a certification in Makeup Artistry! I have been doing small jobs here and there, to grow my portfolio and network with other local artists/directors. So my business is growing as of today, little by little, day by day. But I wouldn’t have it any other way.

Has it been a smooth road?
Like anyone, you always will experience some bumps in the road. One of the bumps in my road was back in 2016.

My boyfriend at the time had been in the same non-profit I was with, except he wasn’t a performer– he was a sound engineer. The directors of the group had sent him out to Spain to go train a new technician. It had been hours since his plane had supposedly landed back at LAX and I hadn’t heard anything from him. Finally, my phone rang and it was an unknown number. It was my boyfriend delivering terrible news: he had been stopped at customs and was to be sent back to his home country of England. I was absolutely devastated. My best friend who has seen every inch of the world with me has been barred from the US for the next five years. Like anyone who would find themselves in that situation, we chose to prevail!

We continued our relationship long-distance and made plans for me to visit him within the next couple of months. I visited him in February of 2017 and we spent a couple of days in London. On Valentine’s Day, he took me on a special trip on the iconic London Eye Ferris wheel, where he got down on one knee and proposed! Of course, I said yes, and thus began our journey through US immigration that would last for over a year.

First off, he was still barred from entering the US, engaged to a US citizen or not. So our first task was having to defend our relationship and prove its existence to remove his denied status. I compiled a booklet with every photo, text message, Facebook post, Instagram post, etc. to show some mysterious person that we are in fact a couple. After dissolving his barred status, we then had to file for a K-1 fiancé visa. Several months went by and still no answer. Finally, we had an interview date set where we had to answer all sorts of questions from an immigration officer. “When did you meet?” “What are his parent’s names?” “What kind of laundry detergent is his favorite?” Basically, any question under the sun to try and trip us up! Luckily, we passed the interview and were granted our fiancé visa. We were able to plan a wedding we would always remember, surrounded by family and friends from all over the world– I was even kicked by a camel at my wedding! That’s a story for another time…

I wanted to share that story as I know there are people who are also facing their own battle with the US Immigration System. I wanted to say that I SEE YOU. I FEEL YOU. The road is tough, it is unclear, but trust in whoever you believe in that they are guiding you and your story.

If I didn’t go through this, I wouldn’t have a husband next to me who loves me and supports me in whatever venture I choose. When I decided to change career paths entirely, he held my hand and said “Do what makes you happy.”

We’d love to hear more about your business.
I am a freelance makeup artist servicing the LA area with my self-named company: MFK Makeup. I specialize in makeup application for creatives– whether it be for a music video, portraits, or fashion/editorial. However, as a makeup artist, I can use my business to help any sort of person in need of makeup services.

One of my goals as a makeup artist is to give the model or client a boost of confidence with every application. Being in front of a camera can be very intimidating, but with the help of a little makeup, you can feel like a professional. Another goal of mine is to create a seamless relationship between creative mind and the product. I want to be the tool that can bring an image to life, or create one together.

As an individual, I think what sets me apart is my effectiveness as a team player to follow instructions and also to have the confidence to create a director’s/client’s vision. I also am able to adapt to any situation and make anything work.

Is our city a good place to do what you do?
I think the LA area is an AWESOME place to start out as a makeup artist. There are so many projects going on big and small that can help build your portfolio while you network with so many individuals. Luckily, “LA” is such a big city that you could live anywhere in Southern California and find some work! 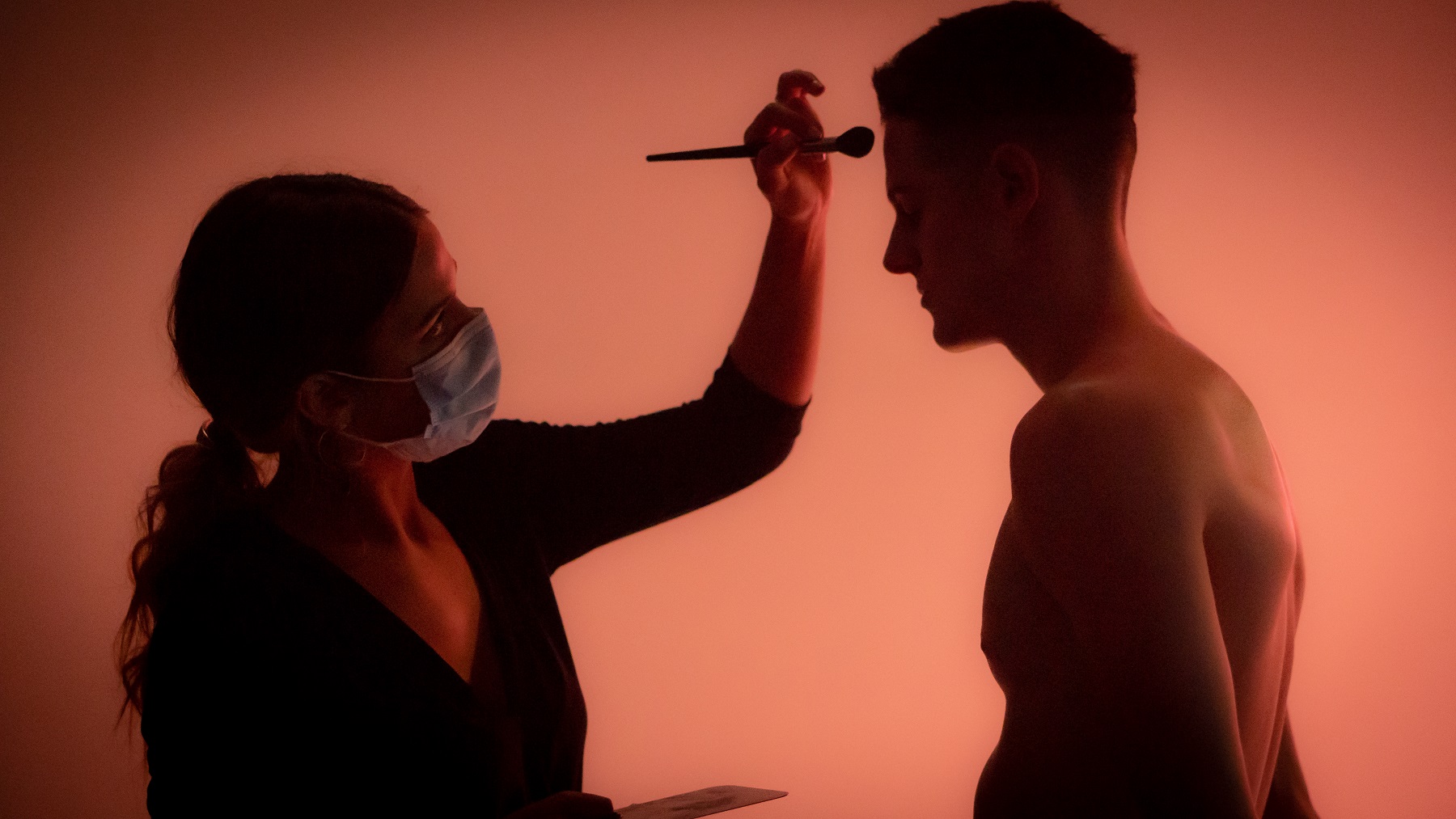 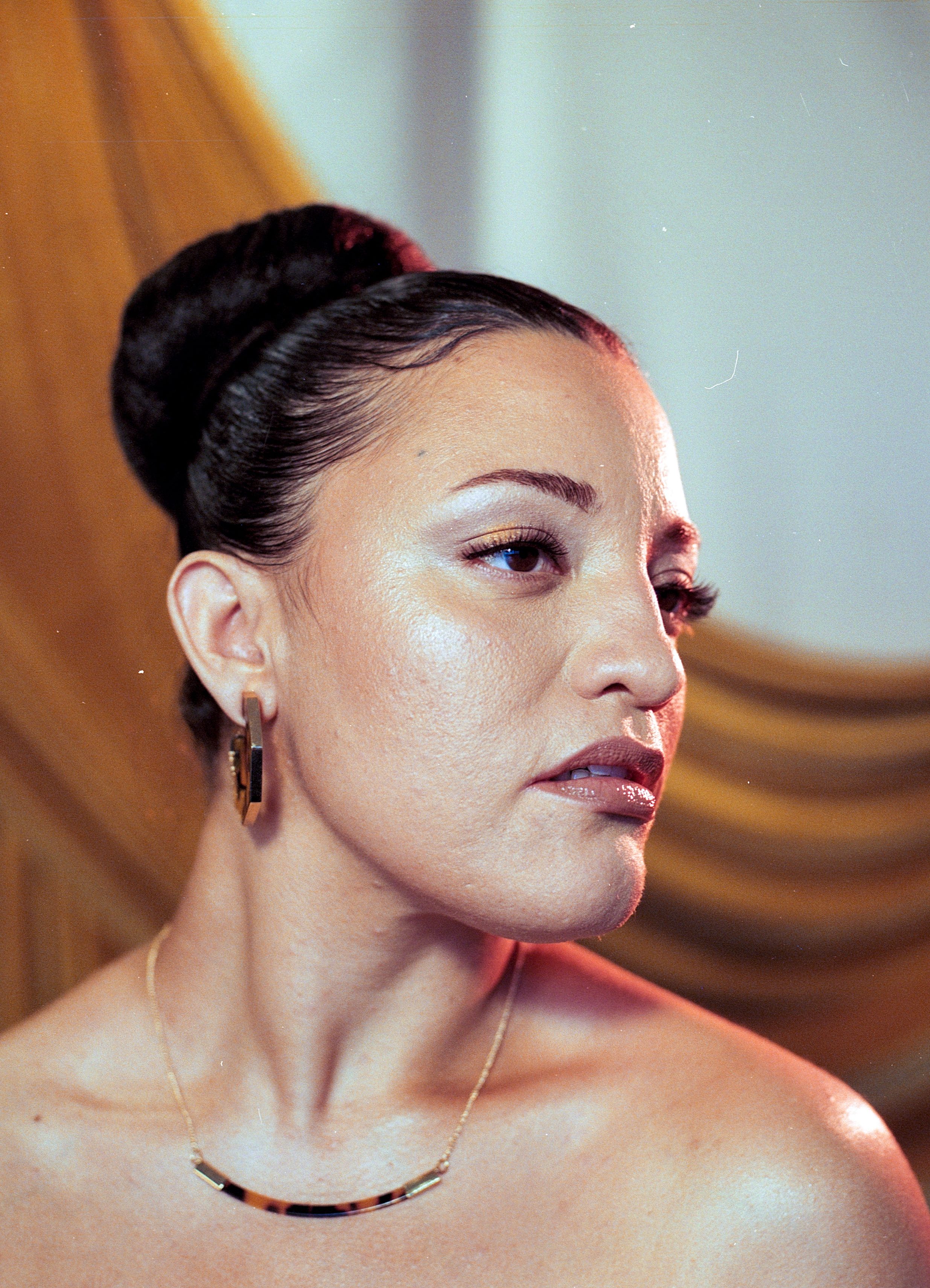 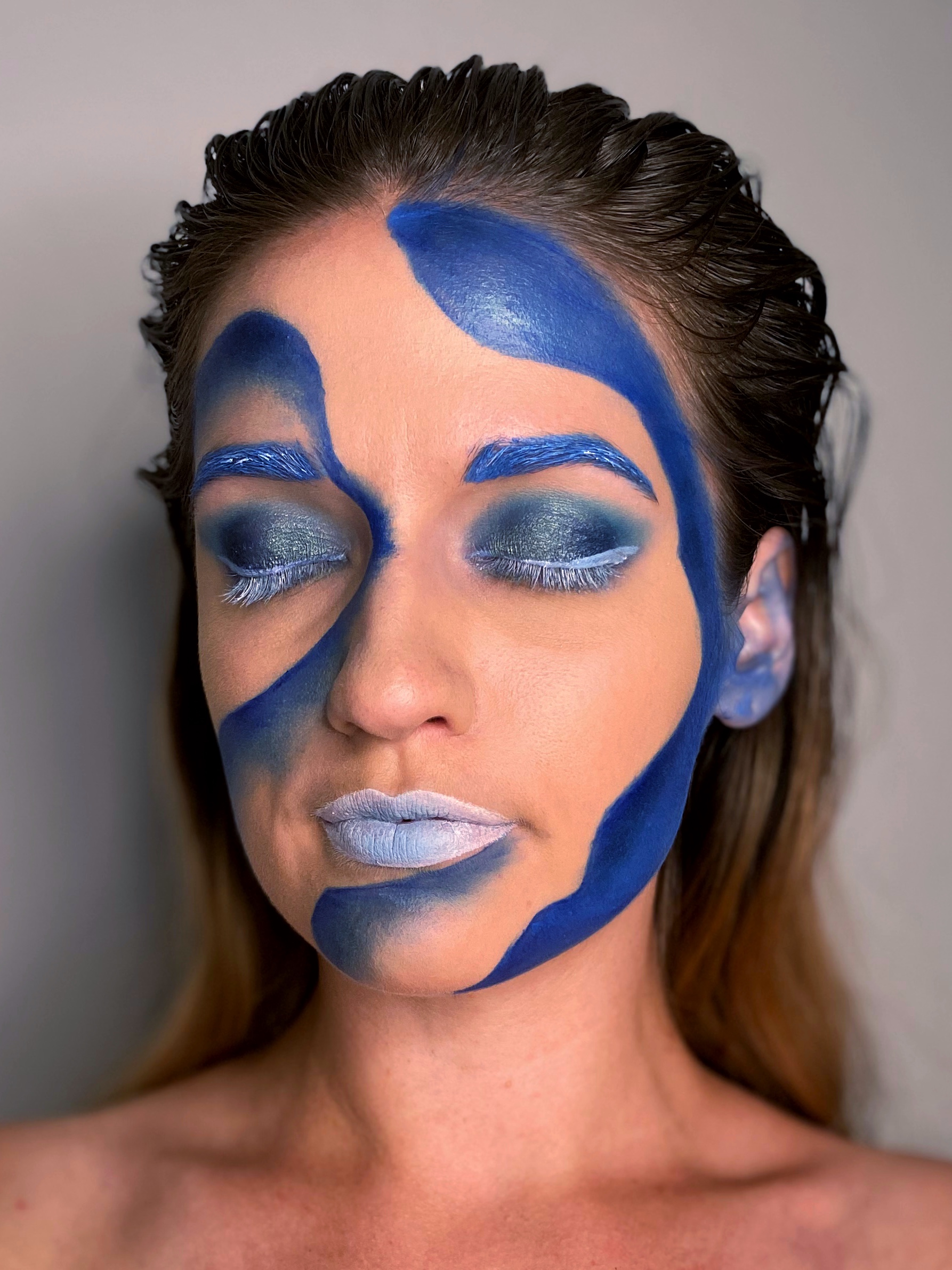 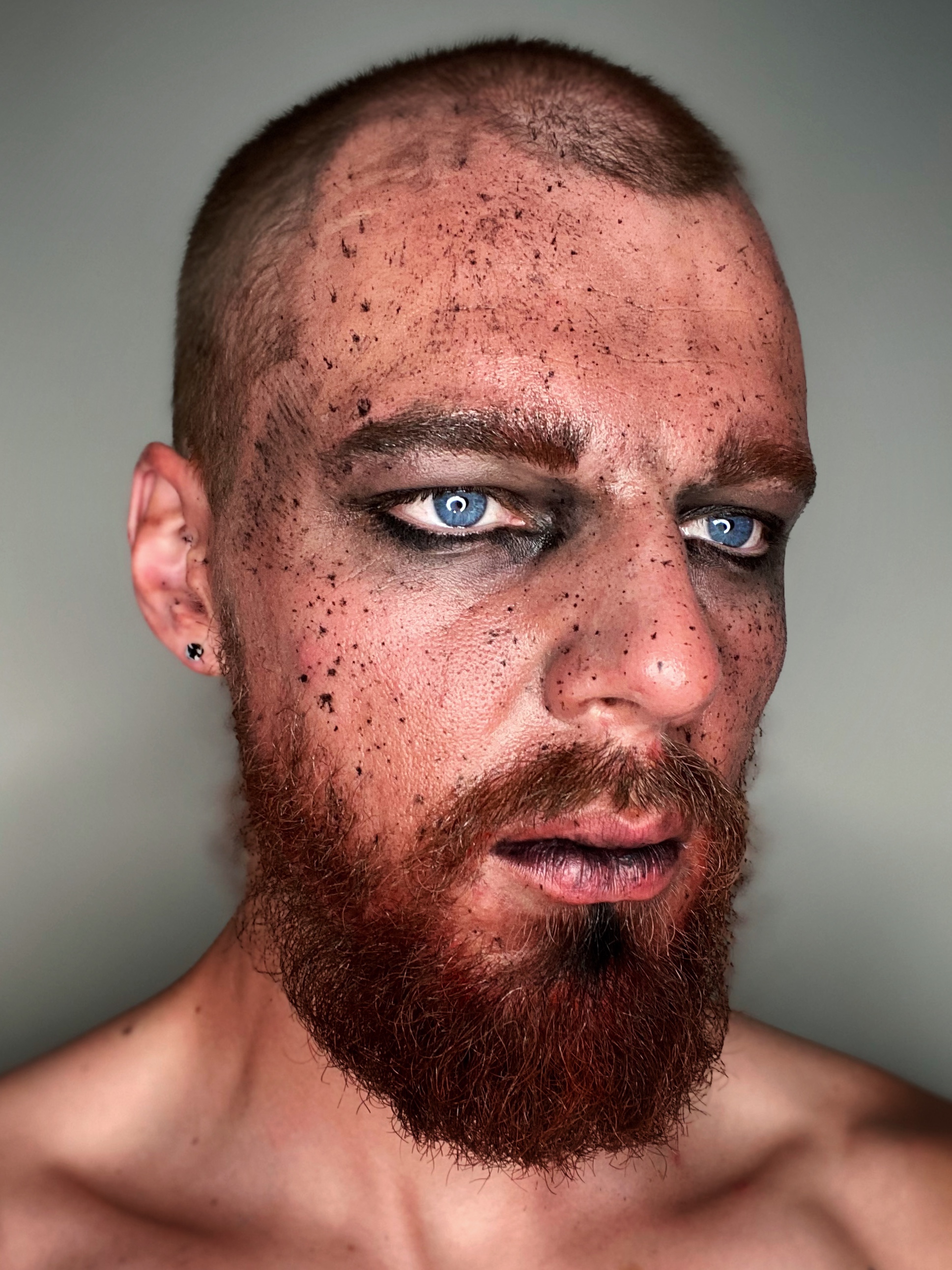 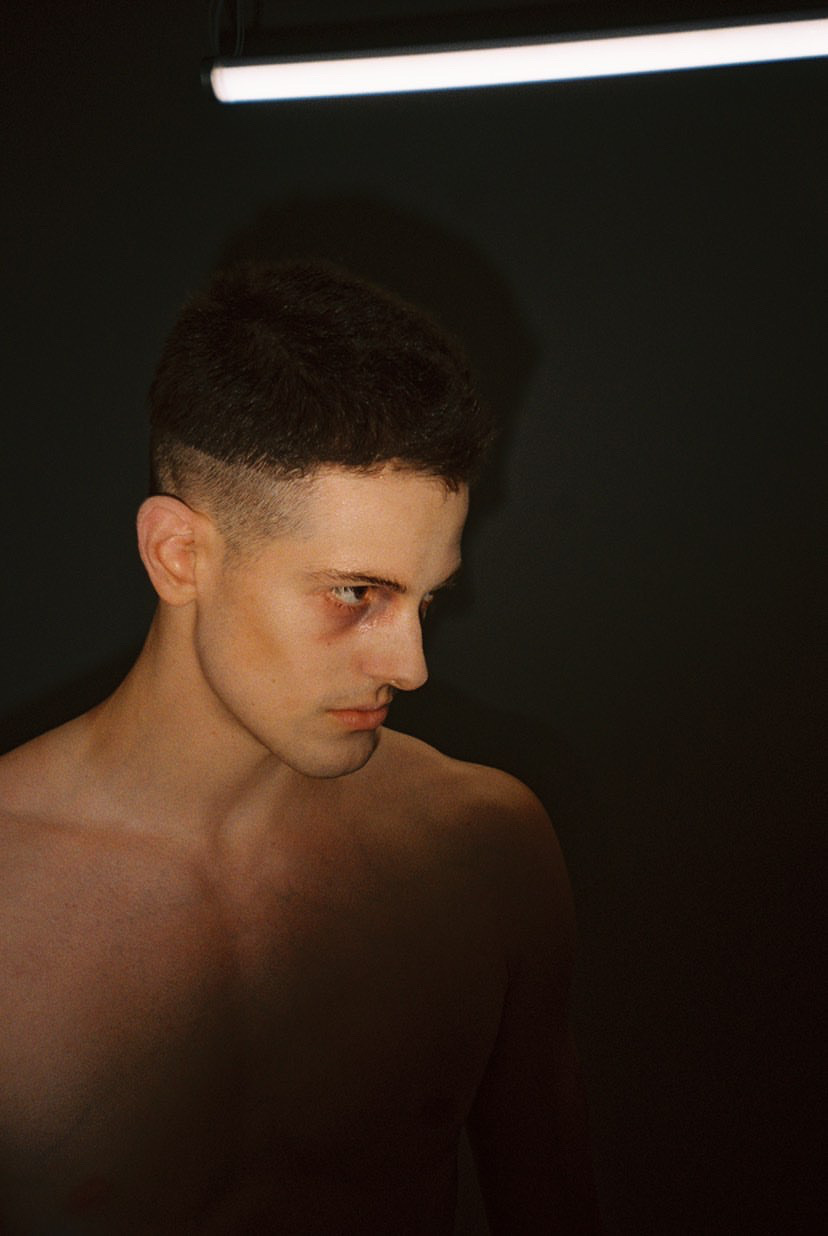 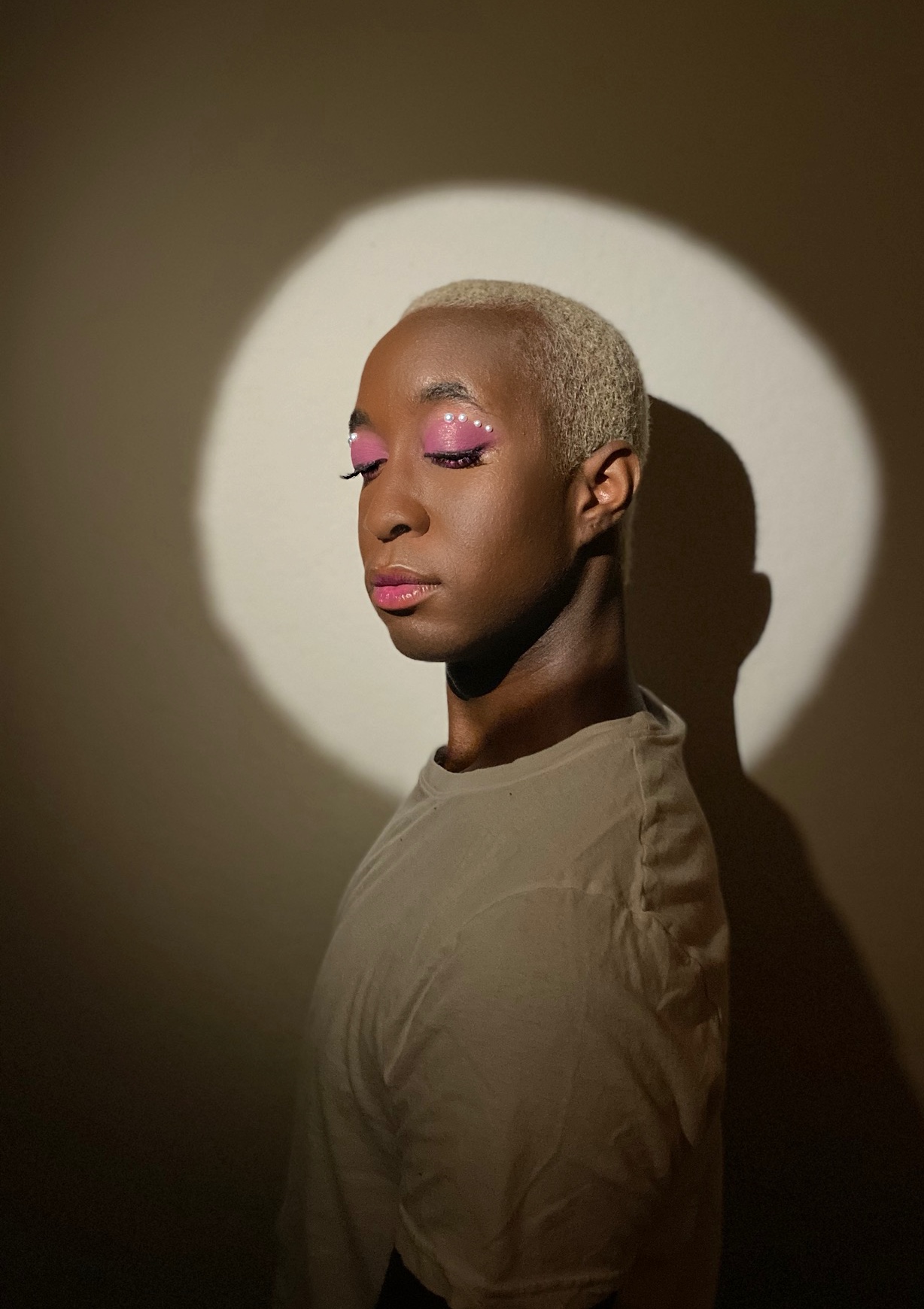