Meet Mert Ozcan of The Record House in El Segundo 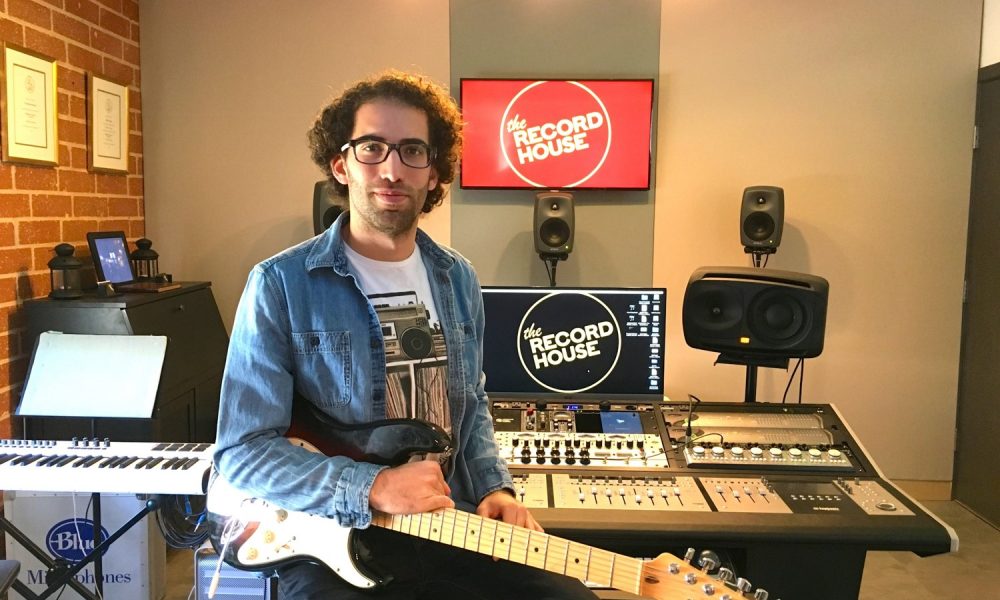 Today we’d like to introduce you to Mert Ozcan.

Mert, can you briefly walk us through your story – how you started and how you got to where you are today.
The story of The Record House started in the summer of 2012. I was still a student at Berklee College of Music and that summer I came to Los Angeles to intern at Blue Microphones. Beto Vargas had studied a year ahead of me and he was at Blue Microphones as well for his post-graduation internship. We met there and started working together. Blue Microphones had a podcast on iTunes where they shared unique studio performances and interviews from many different groups and artists. In addition to this, during the year we were doing our internship they had started turning a mansion in Santa Monica to literally a Rock n’Roll house and recording studio. This project was called House of Rock and it created a recording studio/music house many artists can only dream of, by bringing professionals from many different branches. Beto and I were in charge of the studio during the year and a half that it was open and worked with over 200 artists that included names such as John Legend, Travis Barker and Perry Farrell.

During this time, we became good friends and realized that we work well together. After I graduated Berklee and moved to LA I worked for a while at the recording studios of Interscope Records but Beto and I had started planning opening our own space. In October 2014 The Record House opened its doors in Santa Monica. We stayed in Santa Monica for about two years and moved to El Segundo last July. In this time Beto and The Record House got nominated for a Latin Grammy Award and one of the jingles we composed was named as “the earworm of all jingles” in Advertising Age magazine.

Great, so let’s dig a little deeper into the story – has it been an easy path overall and if not, what were the challenges you’ve had to overcome?
It had its ups and downs for sure. I think starting a business from scratch is tough for everyone. Especially musicians that don’t want to deal with business 🙂 But we’ve been lucky enough to overcome the challenges quickly.

When setting up a music studio, the main challenge is finding a place that suits your needs and setting it up in a way that works both acoustically and is a creative organic space. Once you have that you can work comfortably and efficiently.

Please tell us about The Record House.
When we started The Record House we knew that we were going to keep working with artists but we had also decided that we would get into the TV and film industry.

Producing records with artists, joining them in their musical journey and leading them is an extremely satisfying experience.

We provide services from song writing, arrangement, production, mixing and all the way to mastering. Our work with brands and getting into the TV/film industry happened organically. Music is a tool that can touch the most fundamental human emotions and be an interpreter for them. When we are working with brands and directors we take in the story that they are trying to tell and help them reach a bigger audience with music. For this we compose and produce original music. We also offer sound design, VO, ADR and post-production services.

For me the signature of The Record House is the sound that we create specifically for the artists and brands that become their signatures. With the work that we do, we help others tell their stories. Whether this is a commercial, record or a film every piece of music we compose and every sound we create gives life to that story and feeling. Since every project is so different from each other I don’t except people to hear the instrumentation and say, “This is for sure The Record House”. Instead we aim for them to say, “This music was really impressive. It was beautiful and tasteful. I’m sure this is the work of The Record House”.