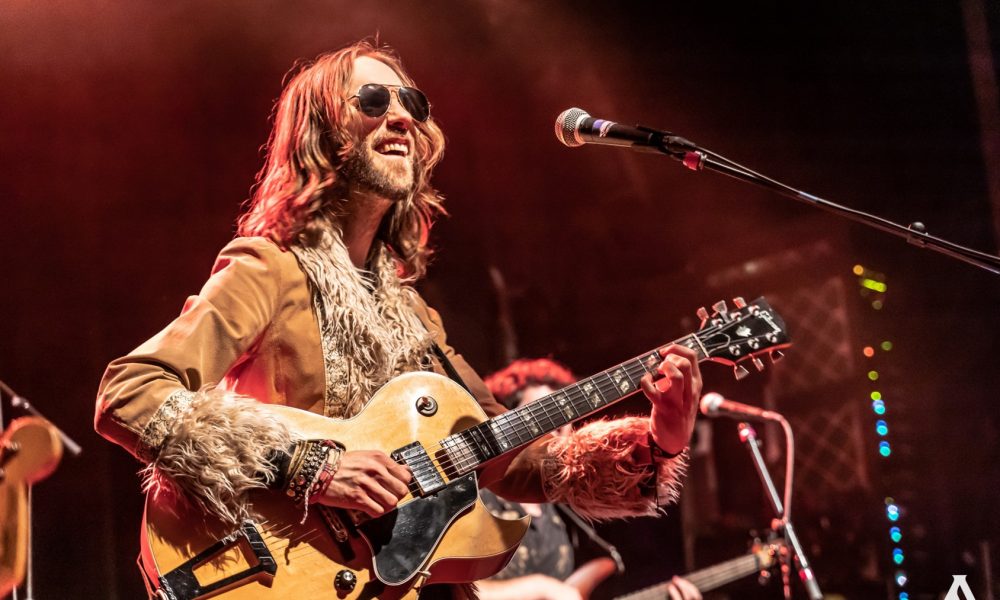 Today we’d like to introduce you to Pete Pidgeon.

Pete, please share your story with us. How did you get to where you are today?
I have been a musician since birth. There are pictures of me playing the piano before I could walk to it. At age seven, I started taking guitar very seriously as it provided a reprieve from my social isolationism due to my family’s limited financial status, incessant bullying, and domestic instability. I immersed myself in music as a safe haven where I could be myself and relish in all the magic music has to offer.

Sacrificing love life and friends for nurturing my talents as a gifted guitarist, I formed many bands, including my main project “Pete Pidgeon & Arcoda”, and eventually recorded my first album “… At First Sight” with Rock & Roll Hall of Fame drummer Levon Helm who played for The Band and Bob Dylan. Three full-length albums and two EPs followed which received a combined 12 Grammy ballot appearances. I also received a Participation Grammy Award Nomination for my involvement in Phish’s “Clifford Ball” DVD.

Upon the completion and release of my most recent album “All the Little Things”, I confronted the unfair reality that I could only get a record deal if I had 50,000 – 100,000 followers on all three major social media platforms (Twitter, Facebook, Instagram). I was told by the former label of Levon Helm, who left this earth with three consecutive Grammy-winning albums, that despite his appearance on my album, despite it having “exceptional production quality,” “an esteemed cast of Grammy-Winning artists,” and “fantastic songwriting and performances,” that I couldn’t even get a meeting because my social media numbers were below their watermark.

Reflecting on this state of the music industry, and acknowledging the pittance of payouts from leading streaming companies like Spotify and Apple, I spent two years brainstorming, interviewing members of the industry from executives to artists, looking for information on how I could transform the industry from one of haves and have-nots to one of pay equality across the board. During this process, I received a call from my friend and colleague “Bassy” Bob Brockmann who has Grammys with Christina Aguilera and Herbie Hancock among many others. He had begun working with Mach1 who had entered into a partnership with Bose. I was tasked with building out budgets for six stylistically-diverse albums with a variety of top session musicians. However, after three months of successful research and delivering the proposals, Bose decided to focus on gaming instead of music. This void is what inspired me to create Mersify – the world’s first dedicated immersive 3D music streaming platform.

This opening allowed me to take a broader look at the streaming industry and see why it had not succeeded financially for companies like Spotify who had been in business for ten years. Pulling back the veil, I discovered the astronomical lack of transparency in royalty payout calculations, royalty collection company overhead costs, record label fees, and inequality of revenue distribution. I saw that a complete overhaul of the system was desperately needed. I researched every nook and cranny of the US Copyright Law, which includes the Music Modernization Act which was just passed in October 2018, spoke with the digital royalties division of all four US-based Performance Rights Organizations, met with spokespeople from the Harry Fox Agency, consulted with the heads of the Mechanical Licensing Committee, Copyright Royalties Board, and music publishing companies, performed extensive market research on the statistics of over a dozen major streaming companies worldwide, and formed the foundations of Mersify’s vision: fairness in payouts across the board and offer a new way for consumers to hear music which would engage them to take part in this revolution.

The second part came to fruition via meetings with top-level executives at Dolby who have been very gracious with their time. Dolby Atmos, in addition to several other formats, including Mach1, DTS:X, and MPEG-H, offer a way for consumers to experience “immersive” audio which means that they can hear sound in front of, behind, under, above, and swimming around their bodies. Mersify will be able to provide this experience to anyone with any playback device, such as a smartphone, tablet, laptop, or desktop, without the need for any additional hardware like a home theater system, IMU-embedded headphones, or a soundbar, although these will also be compatible.

We are actively building the platform and will have a prototype up in the coming weeks. It is our dream and mission to transform the music streaming industry into one that pays songwriters a respectable income, provides the most-transparent and equitable payouts in the streaming industry, and give music lovers everywhere the newest and most exciting way to hear music since the advent of stereo 60 years ago.

Has it been a smooth road?
The perspective of how smooth our road has been is in the eye of the beholder. If a start-up is always smooth, everyone would work for themselves. The truth is, by nature, start-ups are challenging. It’s up to the team to decide whether or not struggles along the way will derail their focus or give them increased passion to persist. When our first partnership didn’t pan out, we went with a second. When the terms of the collaboration were not agreeable, we went to a third company. We could have given up at any point along the way but, instead, we have ended up in bigger and bigger meetings with more influential movers and shakers as we stalwartly keep our goals ahead of us and don’t get sidelined by difficulty.

We’d love to hear more about your business.
Our pride comes from leveling the playing field for all music creators. Having personally struggled and sacrificed my whole life as a musician, I look forward to providing a way for all musicians to financially succeed. We have adopted the “user-centric” payout model which means that we pay songwriters and publishers based on the percentage of their music listened to by each individual subscriber rather than applying a tiny blanket rate for all songs. For example, if a subscriber only listens to one song during their monthly subscription period, the songwriter and publisher would receive all of that subscription revenue after Mersify’s percentage. This could amount to as much as $4 for one stream! On Spotify, this stream would pay out between $0.006 and $0.0084. Naturally, as the subscriber listens to more songs throughout the month, the percentage each songwriter and publisher receive will be further subdivided, but this will still be far greater than the industry average.

Another facet that sets Mersify apart is that we will be the first streaming company to sell artists’ merchandise, including vinyl records, CDs, and t-shirts, directly on the streaming platform. The more ways for artists to make revenue, the better.

Is our city a good place to do what you do?
Los Angeles is a perfect fit for Mersify because LA is the center of the music industry. The major labels are based here and many of the world’s leading musical acts call Los Angeles home. The ability for me to network with artists, recording engineers, mixing engineers, technology companies, and record labels, all make LA ideal for doing business efficiently face-to-face. 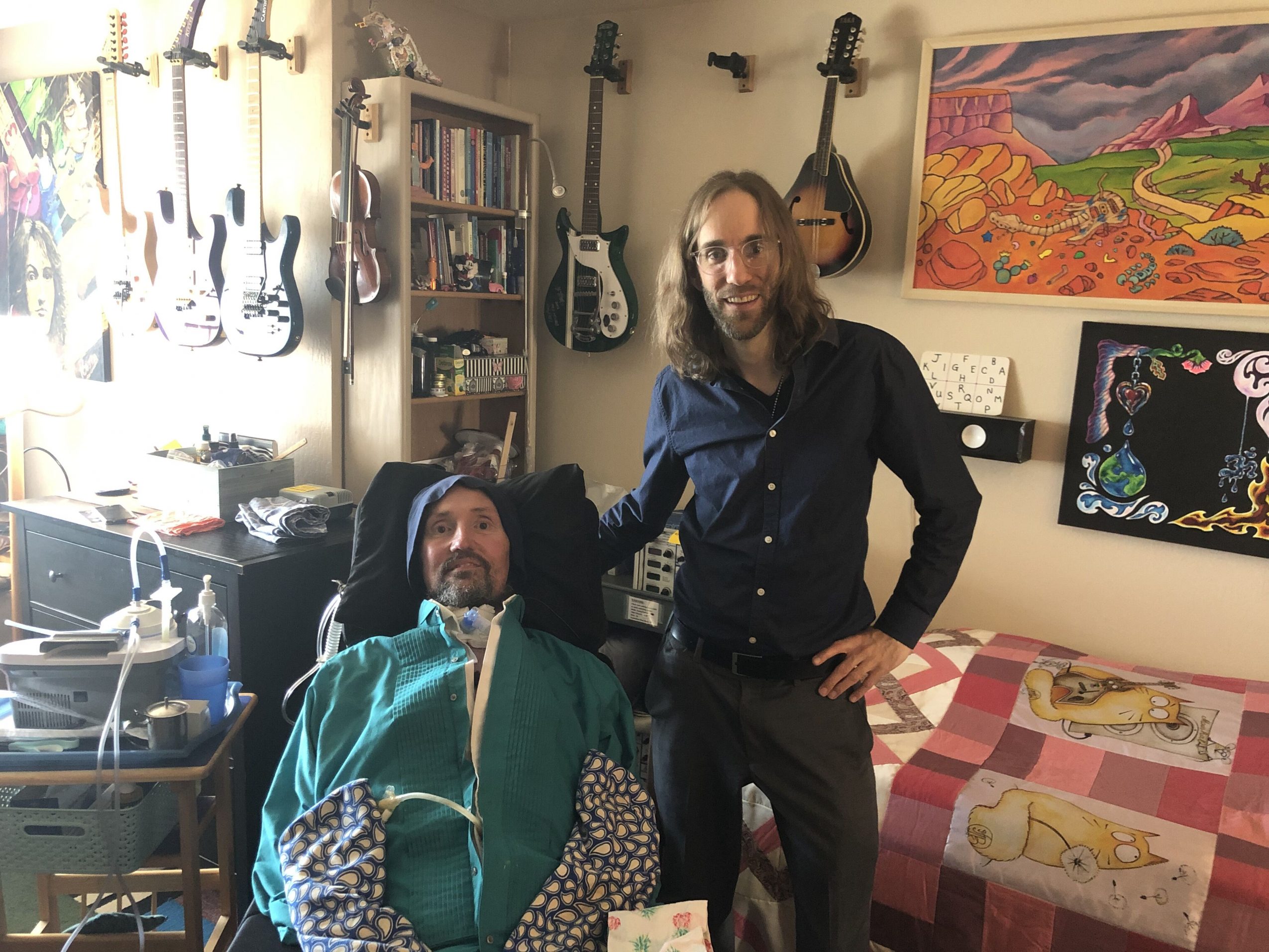 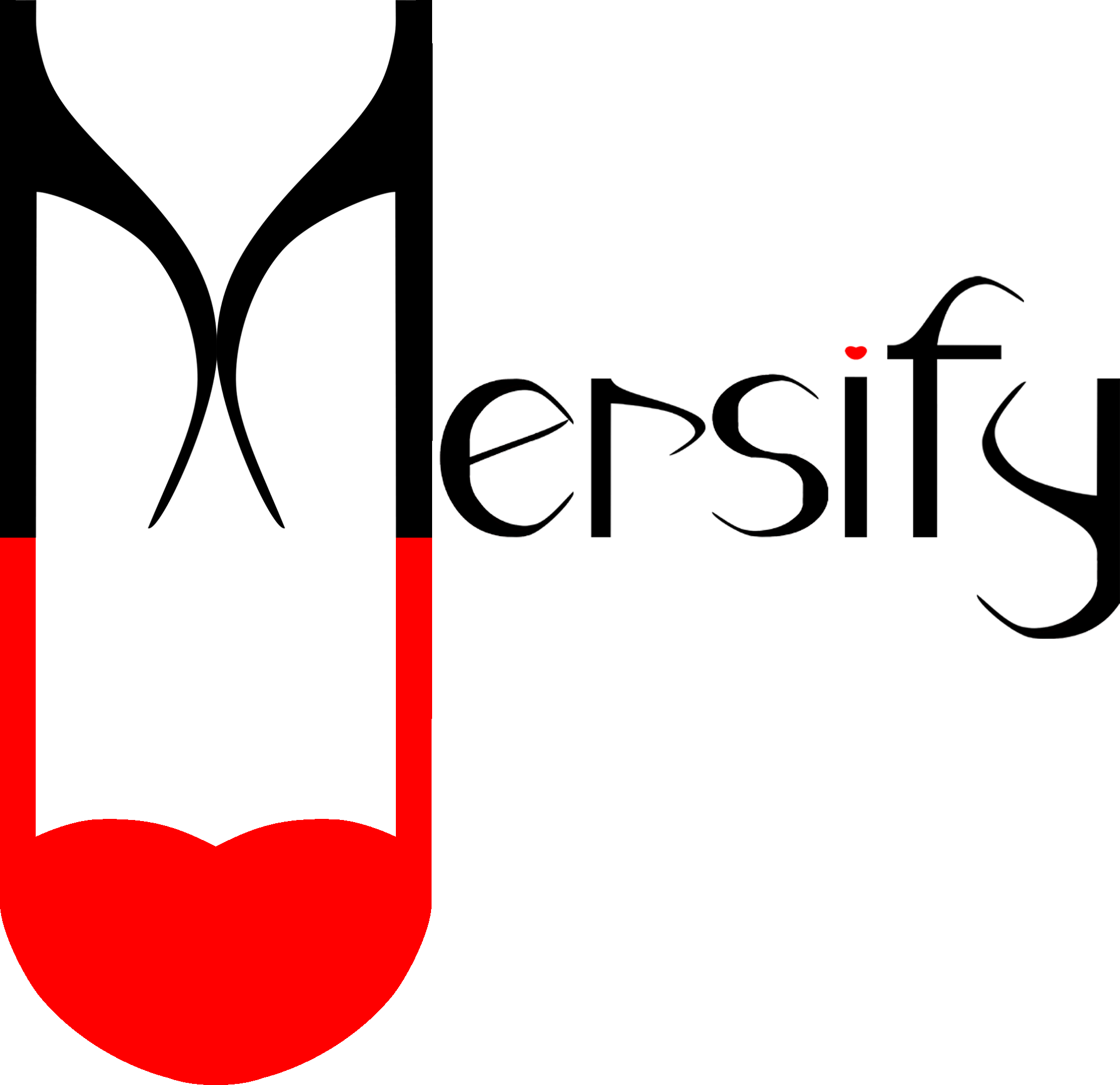 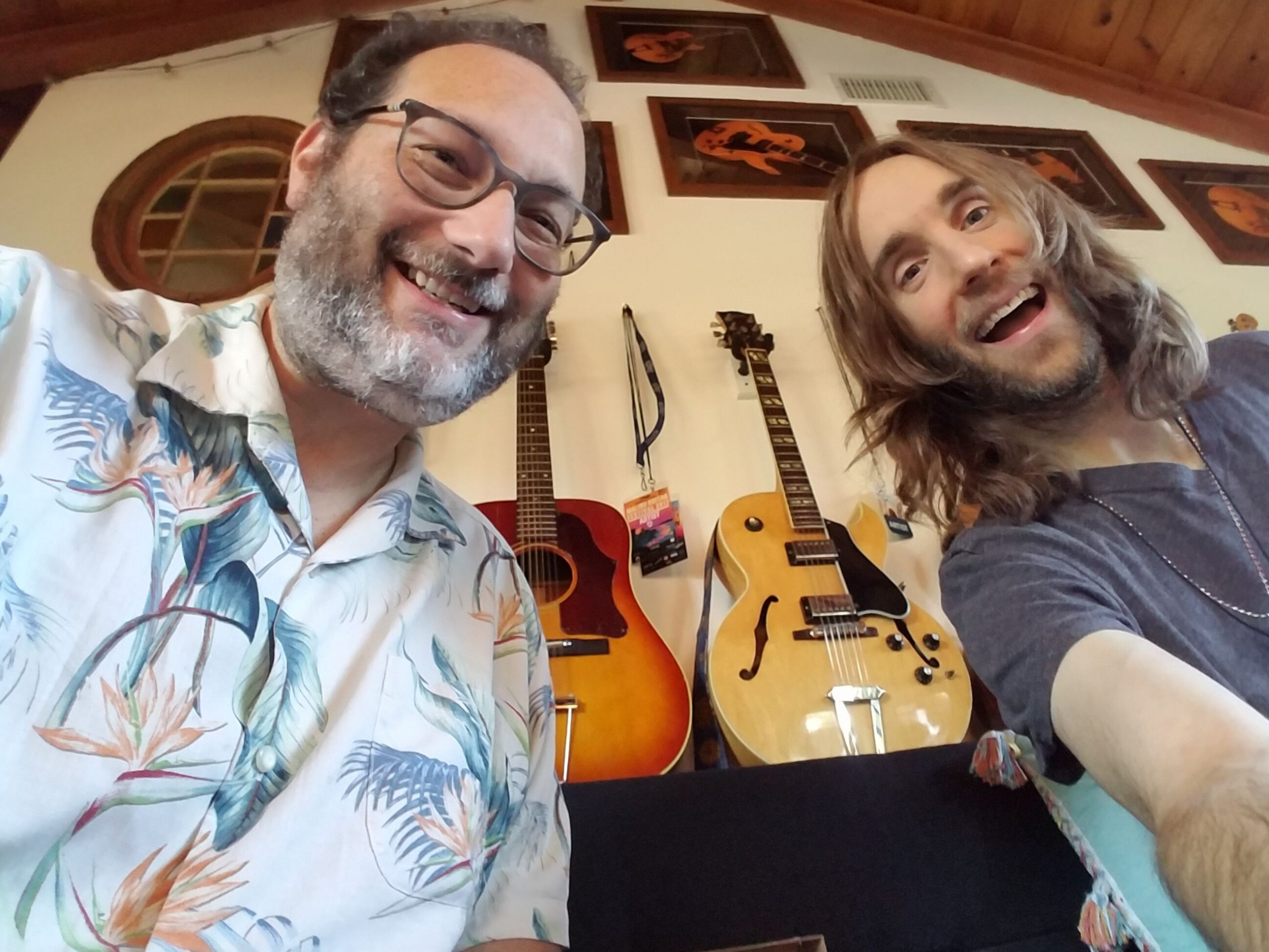 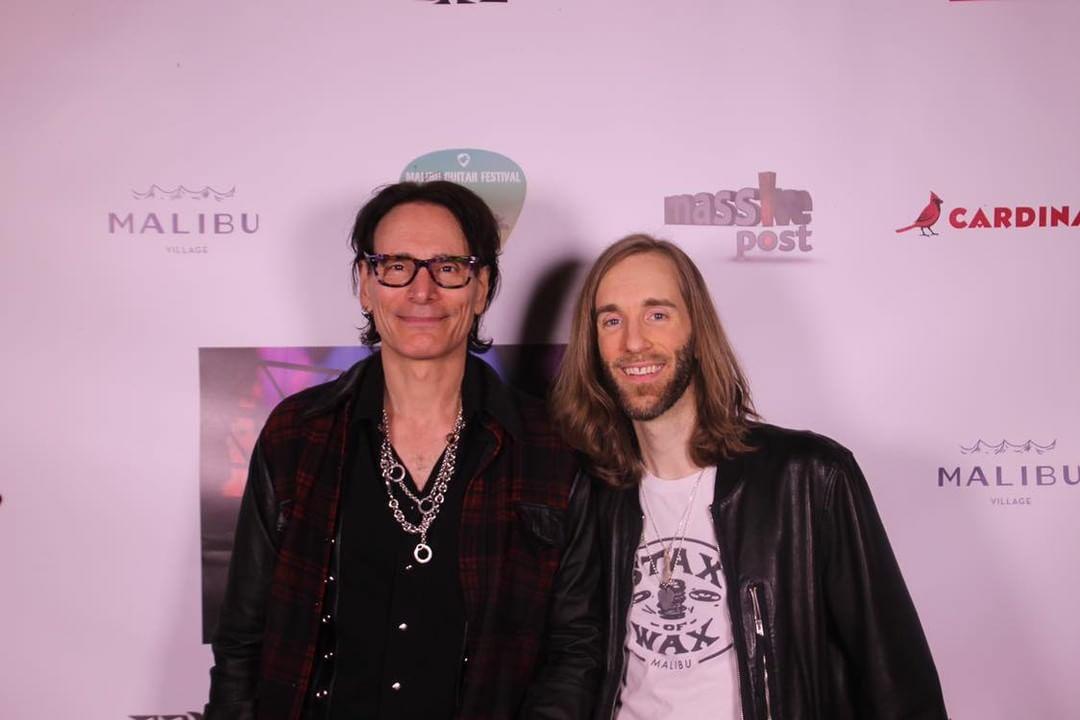