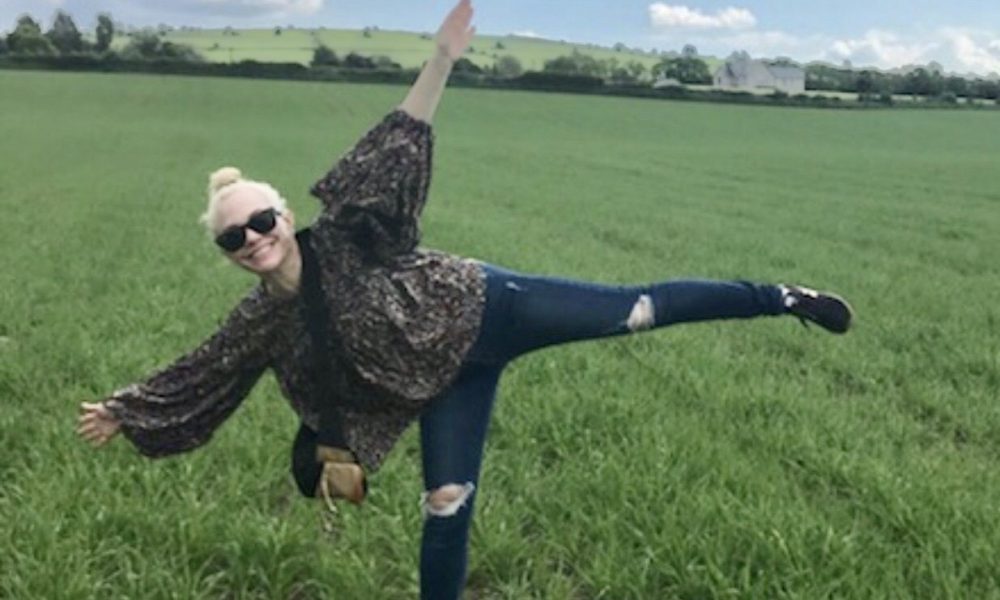 Today we’d like to introduce you to Merrill Davis.

Merrill, can you briefly walk us through your story – how you started and how you got to where you are today.
Like all daughters of medical professionals my parents wanted me to be a wife. They also recommended Law School a lot, mostly everyday. I knew I always wanted a career in the arts. I moved to Austin because of course it’s the place to go! I told my parents I was looking into grad school but secretly began taking theatre classes. I went to an open call and booked my first commercial for Mountain Dew and then I knew, well, I knew I didn’t like Mountain Dew. I knew I needed to move to LA if I wanted to book more soda commercials.

I met a boy person there, who encouraged me to apply to the CalArts Theater Program. As luck would have it, I was accepted and he was kicked out. That’s a whole other story but I value your time. In my last year, my classmate Robert insisted I do a comedy show he was putting on in one of the dorms. He said I was the class clown so I had to. I wasn’t. It was an awful set but I got a lot of laughs, a false sense of ability, and a tape. After I graduated, I got an agent and started auditioning-definitely not because of that tape. I started doing open mics and getting booked on shows I had no business being on. It took a while but then I got booked on lots of good shows and began to run my own.

Has it been a smooth road?
In some ways it did feel like a smooth road. Some things did just happen. I got an agent, started auditioning, I met Jim Gaffigan’s agent after a show who recommended me for a JFL showcase before I even knew what that was. For those who don’t, it is the biggest and most prestigious comedy festival in the world. But I wasn’t even close to ready. I was green. Like neon green. Like chartreuse. I can’t believe I spelled that correctly out the gate! I didn’t know a lot of steps that would have helped. Like, all you really have to do is write and go to open mics every night. I mean, I knew that but it’s easy to get distracted with other things going on around you. Especially if you have ADHD. But that’s the best path. Put your head down and write. So simple. Also it can be better to start outside of LA, ideally in a smaller scene, or even in New York or SF. It can be tricky to start in LA because the industry sees you at the beginning stages i.e. when you suck and you’re just learning how to write and perform. Industry folks are not very forgiving. Like 9/11 they never forget or think of you again. And now there’s the whole social media factor and if you have a solid base that’s considered into the mix.

Some other struggles include:

Not getting booked on shows because the booker just doesn’t like you. Not believing in yourself or your material. Microaggressions because you’re a woman. Not having a manager to help navigate your career or keep you in the loop about writing submissions. Having a manager who tells you he forgot to submit your packet because he forgot the deadline. Friends you’ve supported for years who become very successful and don’t reciprocate or at least share some helpful information. So maybe paying it backward or is that forward? There’s more but you get the point. The struggles always make you stronger. No matter how long it takes, the struggles push you. Now I give huggles to my struggles. So sorry for that.

We’d love to hear more about your work and what you are currently focused on. What else should we know?
I’m probably most known in the scene for my show Witch Hunt. I started a show five years ago that flipped the typical lineup from all male and one female comic (yuck) to all female and one male. It ended up at The Virgil here in LA and when I moved to New York, I started one there. Producing the show had its own insane set of struggles but what I was most proud of was booking diverse inclusive lineups, new comics on the scene, while also including established comics. I did have a lot of help and I am very grateful for everyone involved. It was a great show. Hopefully I can bring it back post plague.

I think what sets me apart from others is that I am a snail but keep going. I don’t know if that’s a good thing but I think persistence is. I talk about dark and heavy subjects like death, child abuse, and mental health while hopefully coming across human, humble, and silly. Oh and hopefully funny! Main point there. I just want people to feel like it’s ok to not be ok. It’s ok! I’m not ok! But mostly, I want people to like me. Seriously, I want people to feel good, feel seen and take naps.

How do you think the industry will change over the next decade?
Well, like most of us, I didn’t see the Zoom shows coming. Maybe Bill Gates did but I had no idea we’d be able to stay home and stare into each other’s eyes. I think this pandemic has created a shift in comedy. Comedians were using social media before but now it’s become a major or the main platform for strong character performers and it’s been really fun to watch. I think there will be more Zoom and Instagram shows post pandemic. I think many will continue on because it’s easier to produce them and make money. Or at least it seems that way.

I don’t think we will ever stop performing on stage because the stage is what the court is to tennis and what the ER is to surgeons. It’s crucial for the job. I do see auditions continuing to take place on Zoom because it saves money and time. And honestly, I prefer that to the immense stress of driving to the audition. There’s nothing like finishing your makeup and then just sashaying into the living room. Big plus. Now I’m always on time ok some of the time.

As far as creatively, I see more trends in experimental comedy. I see more inclusivity which will be incredible to see because we’ve been missing so many good stories, jokes, points of view and cultures. I look forward to all of the new faces and new styles as well as the more established ones that evolve. It will be nice not to have to hear about or from Trump everyday-what a GIFT!!! I think the biggest shift will be way less all white male (and all white female) lineups and that will also be worth celebrating. Yay diversity! 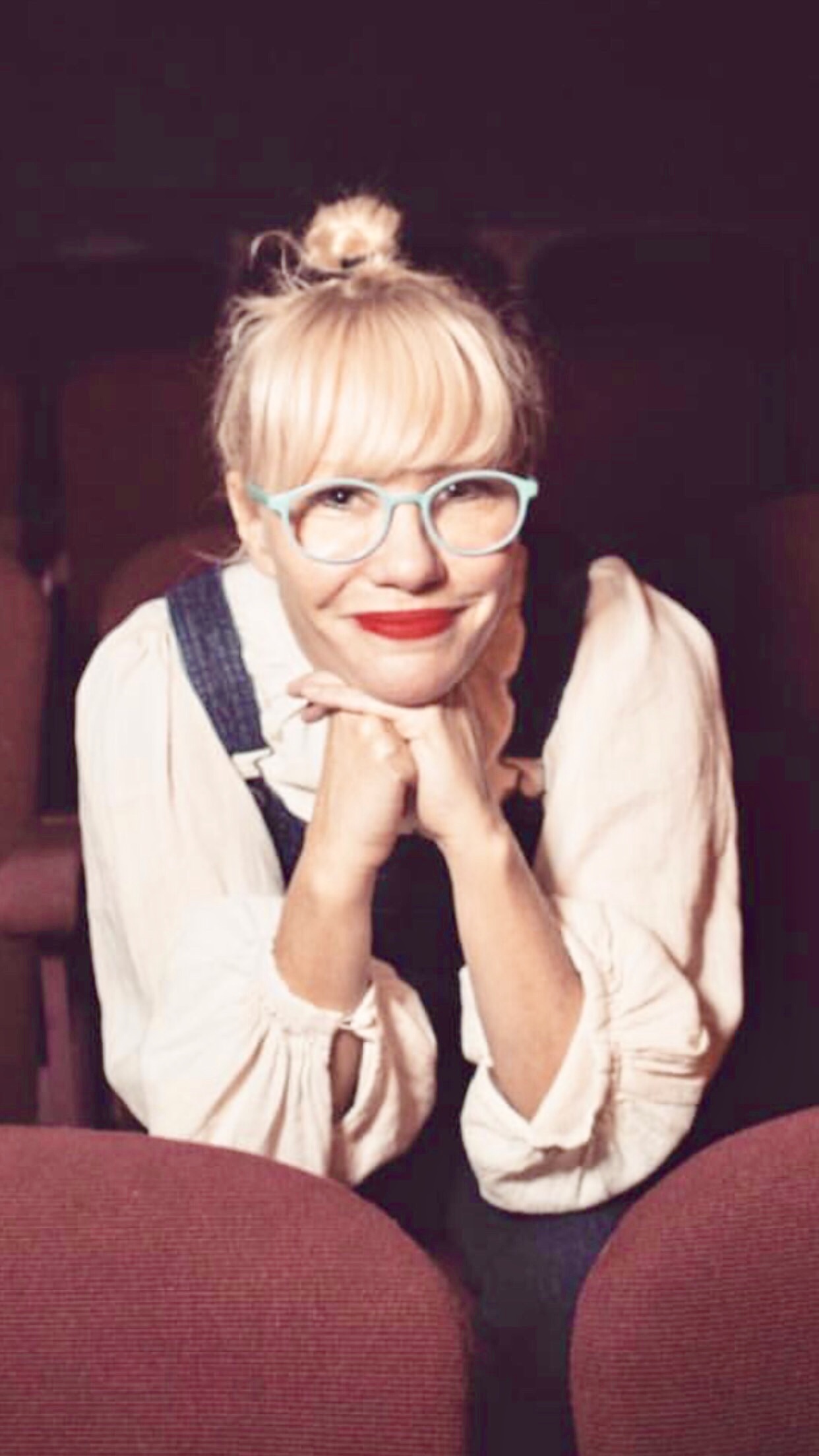 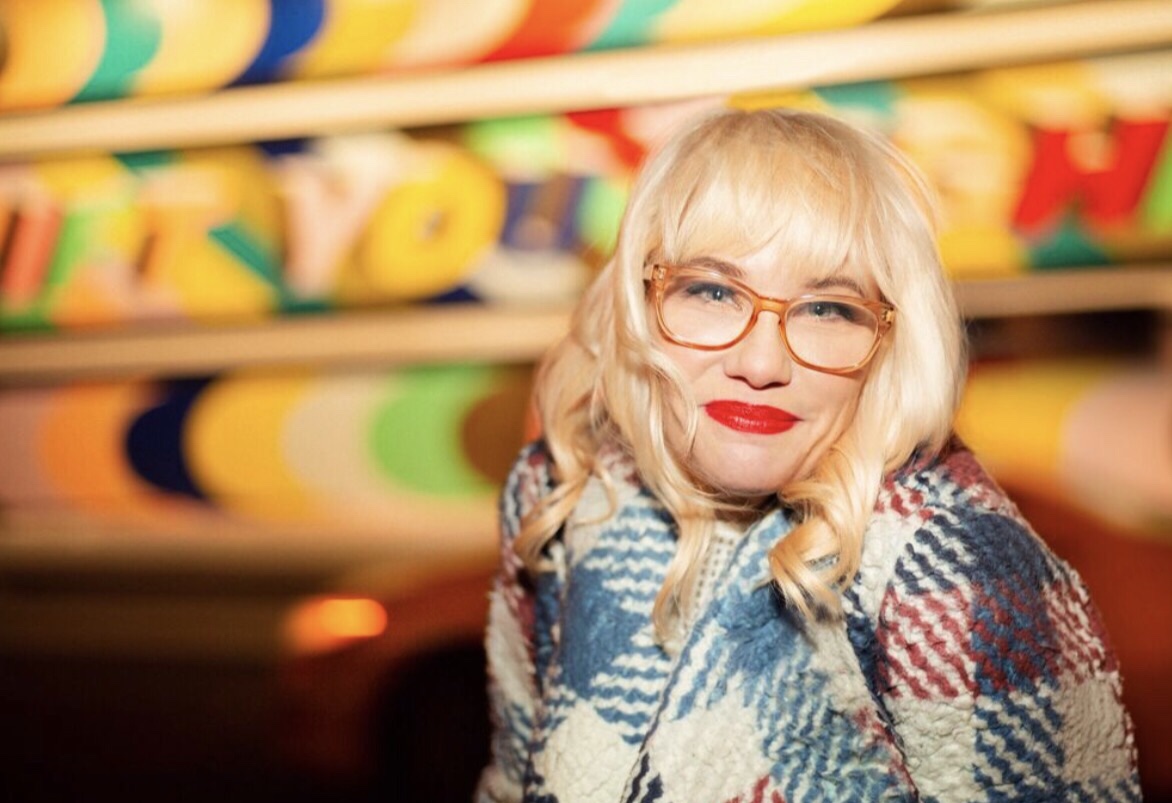 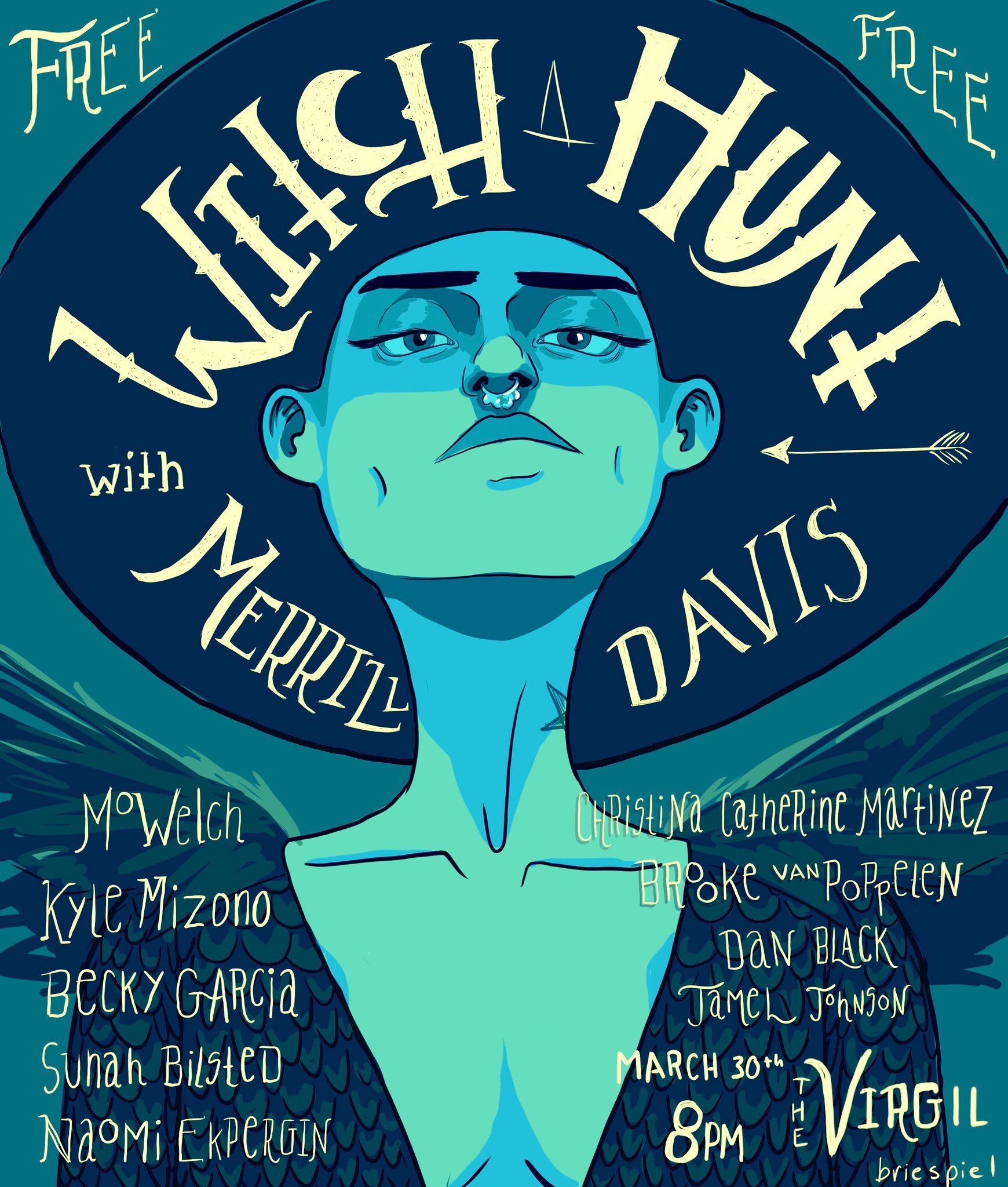 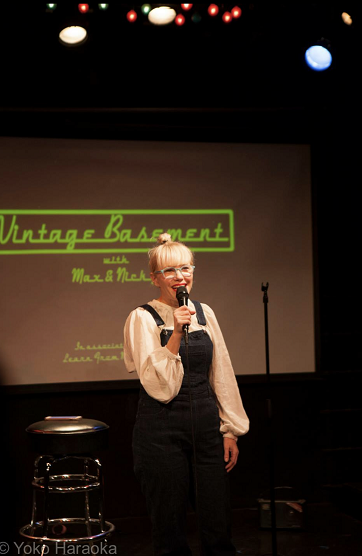 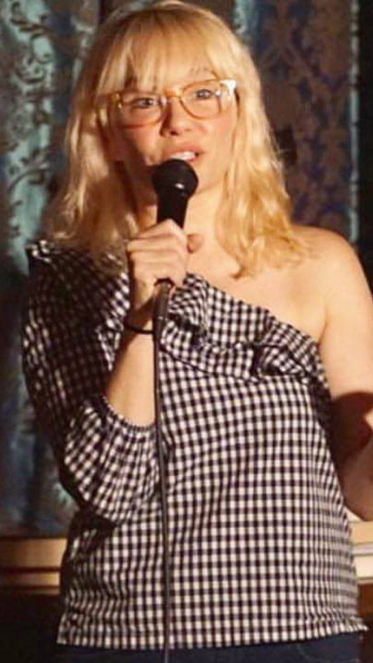 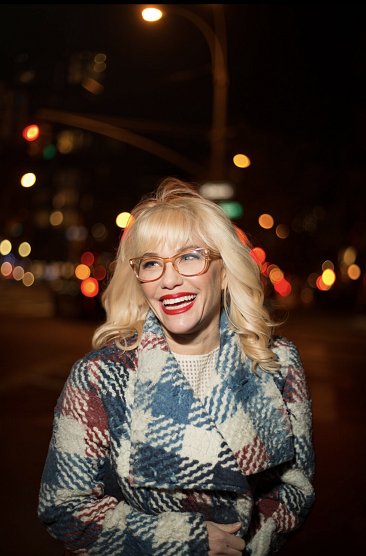 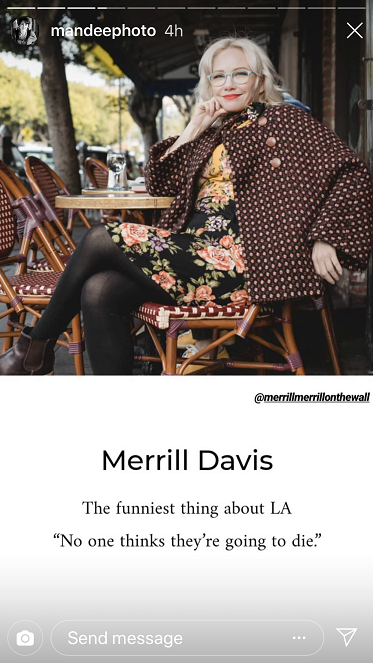 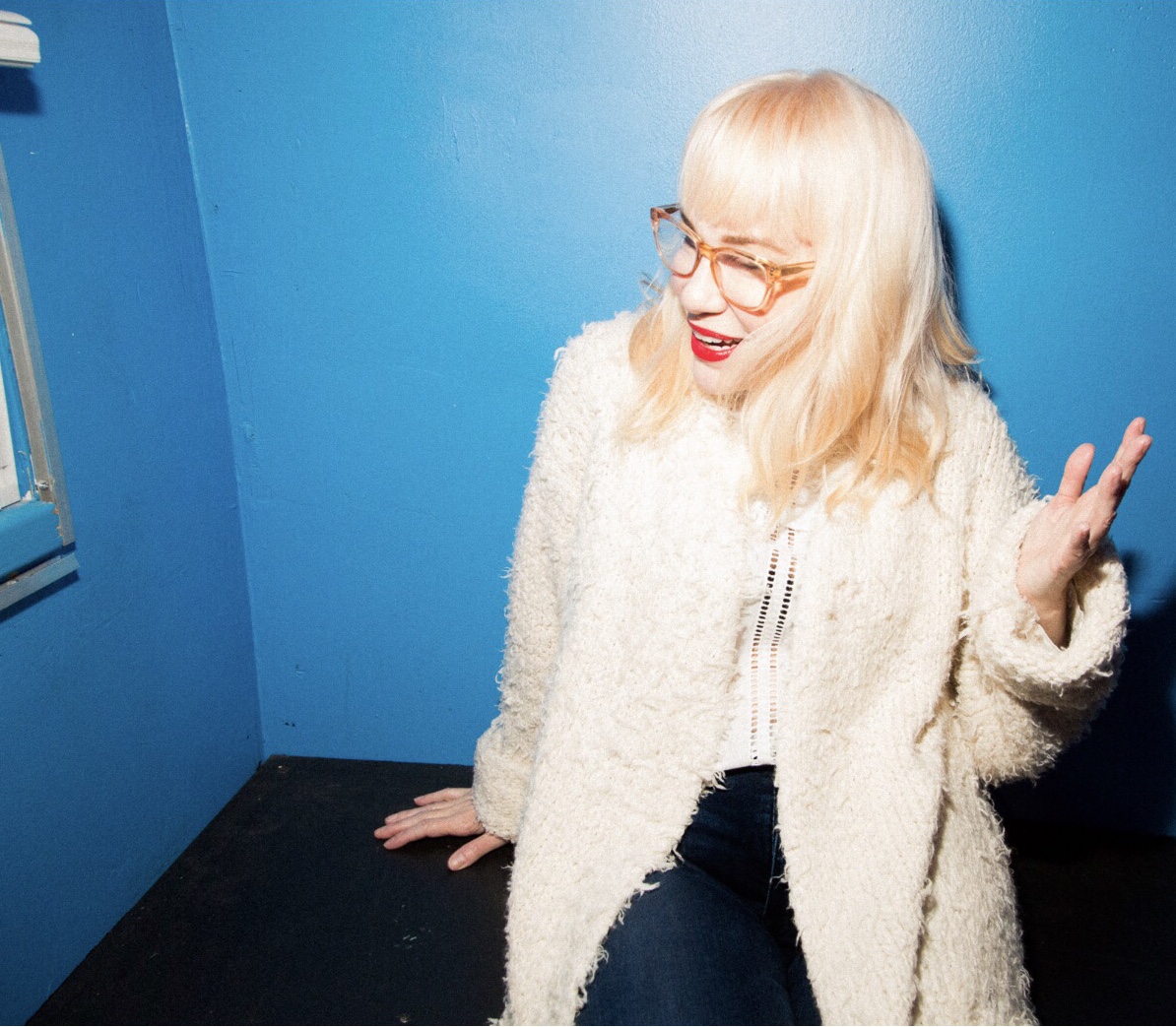