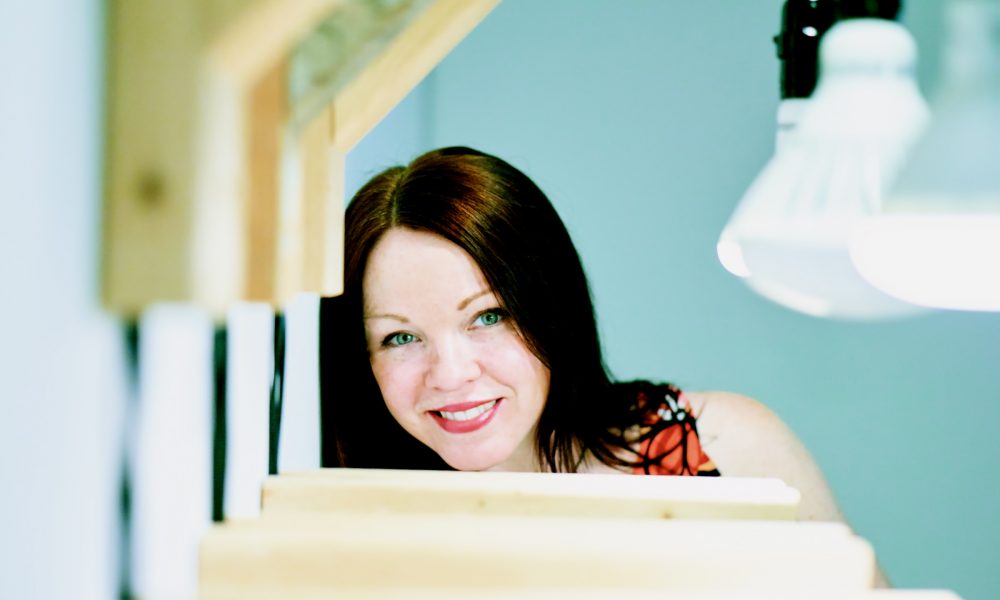 Today we’d like to introduce you to Merethe Soltvedt.

Thanks for sharing your story with us Merethe. So, let’s start at the beginning, and we can move on from there.
I grew up on a small island outside of Bergen, on the West Coast of Norway. It was a small community and didn’t offer much in terms of music activities after school. I picked up the guitar at age fourteen, at sixteen I discovered that there was a Rock Club on the island, and soon after that, I started my first rock band (Volvulus) with some of my friends. We were three girls and two guys.

As a kid, when I watched TV shows that had live performances, I was always so fascinated with how free and focused those artists looked while performing. Like nothing mattered to them but being in that moment. I guess it was more inspiring to me than I realized at the time, and it’s a feeling I enjoy chasing after to this day.

I was told on more than one occasion that I would never make it as an artist, that I didn’t look the part. Initially this pushed me to try a bunch of other things, all of which were not music related, but I realized that the further I moved away from music, the more depressed I got, so I decided that I would just have to figure out a way to make it work. That decision eventually provided me with a number of opportunities like recording an EP, an Album, making music videos, and working with the composer who did sound design for the biggest commercial TV company in Norway.

Every Norwegian had heard my voice on TV, but nobody knew who I was. It was through my work with this composer and his business partner that I was introduced to someone who would change the path of my career: Thomas Bergersen, one half of the music production company Two Steps From Hell.

This is where it gets tricky to explain. There is a whole genre out there that has a HUGE, global following, but it is not the type of music you hear on the radio, at least not yet. It’s more the type of music you hear in Movie Trailers, Film Scores, and big sports events. The genre is usually referred to as “Epic Orchestral Music,” and it has really dedicated and loyal supporters.

When Two Steps From Hell put on a concert at the Walt Disney Concert Hall here in Los Angeles in 2013, I got to perform with a full orchestra and choir. People flew in from all over the world to experience this music live, and it was a sold-out show. Two Steps From Hell did another round of concerts in 2018, during the 2018 Prague Film Music Festival, also sold-out.

I performed twice in one night, and it was simply an epic experience! Because of my work with Thomas Bergersen and Two Steps From Hell, other composers started contacting me to sing on their tracks as a session vocalist. This gradually became my main career, and it’s a big part of how I now have an Artist Visa here in the US.

Even though my voice and name are mostly known in this part of the music industry, and I absolutely LOVE working on these epic orchestral and cinematic tracks, my main passion still is my own music, and to be creative on my own terms. My band, “Merethe Soltvedt & The Rogues,” and I are releasing a new album titled “First Hand” on February 17.

The guys (Mike, Michael, and Micah) and I are really looking forward to the release, we put so much love into it. It’s a live-sounding album, recorded the old fashioned way with the band playing together in the studio versus tracking each instrument individually!

We’ll also release a music video the same day the album drops, and plan on playing quite a few shows this year.

Overall, has it been relatively smooth? If not, what were some of the struggles along the way?
I think I have been my biggest obstacle along the way. I felt very alone in my battle to juggle the need to be in music, and the voice in my head saying I wasn’t good enough, not feeling like I fit in anywhere, not finding my “tribe,” etc. It took me a long time to accept myself, and get to the point of taking full responsibility for everything in my life.

It’s extremely liberating when you realize that it’s all up to you and that you have a choice. You may not always like what your choices are, but you still have a choice. And you learn to make better choices along the way, through trial and error. One of the bigger challenges I’ve taken on was the quest to getting my Artist Visa, to be allowed to live and work in the US. I’ve always felt a pull towards this West Coast, and I am so grateful to be here in LA.

LA is such a big city, with so many people, so much talent and opportunities, but the thing that surprised me the most was how lonely you can feel here. It can feel like the Mother Load of loneliness at times. The first year was extremely hard in that sense, and I questioned my decision to move here almost on a daily basis. Gradually things started to fall into place, and now I’m happy and proud that I didn’t give up.

Also, I have now built a family here, and life gets better when you have good people around you. Don’t get me wrong, I still live the roller coaster existence as a creative being, with a constant tug-of-war between the lows of self-doubt and the highs of professional achievements, but now I embrace it all. The mix of fear and bliss is probably what keeps me curious and driven.

The rough road is part of the journey, and I look back at all the growing pains from a place of gratitude now. It’s not that much fun when you’re knees deep in it, and rent day rolls around, but I’ve seen enough now to appreciate every aspect of this adventure called life!

I do miss my family and friends in Norway A LOT, but I am learning to accept that I will always be torn between my two home cities, and luckily we have things like FaceTime, Skype, and airplanes.

We’d love to hear more about what you do.
I am a self-employed session vocalist, a songwriter, and a performing artist. As a session vocalist, I work with composers, and I record vocals for Epic Orchestral/ Cinematic Pop albums, Video Games, Film Scores, Ad Campaigns, and Movie Trailers. My biggest job last year was the movie trailer for Steven Spielberg’s film “Ready Player One.” This epic cover of the Willy Wonka song “Pure Imagination” was used in movie theaters, on National TV, and on the Internet to promote the movie, and it ended up on the Official Motion Picture Soundtrack even though the song isn’t actually in the movie. It was the music publishing and production company Ghostwriter Music who hired me to sing on it.

A weird fact is that my voice has been sampled, which means composers can play my voice on their keyboards. The company that hired me to record my voice is Audio Imperia, and the product, the sample library, is called “Jaeger.” I will never get used to hearing my voice on tracks I didn’t actually sing on, but composers now sometimes use it as guide vocals when they create their music, and then hire me to sing on it for real.

As a songwriter, besides writing for myself, I write top-line, which means that someone sends me an instrumental track, and then I write and record the lyrics and the melody. I am also a part of a writing team where we often work directly with artists, to help them express themselves through songwriting. This writing team was involved with writing new songs for the re-launch of the TV series “Baywatch” in HD. I co-wrote and sang on two songs there.

As an artist, I have a band now, but I also perform by myself, playing the guitar and piano. Now that we’re releasing our album, we plan on playing live as much as possible, and being someone who has performed solo for many years; I feel so lucky to have three great guys to perform with. It’s a treat every time!

Lately, I have also started composing my own tracks, and they are released on industry albums meant for placements in documentaries, TV, and Film, etc. It’s fun to have so many different creative outlets.

I am probably known best for being the most used female vocalist for Two Steps From Hell, and I have worked with them for many, many years now.

If I’d have to name a style that I have specialized in, it would be ethereal/cinematic/almost opera-like singing in made-up languages. This works so well with orchestral music, and it’s such a fun world to play around in.

What am I most proud of? Very high up on that list is the music video we made for my song “You Can Go Miles.

We had people from all over the world film themselves with their phones while lip-sync’ing to the song, and it is just so incredibly humbling to see all these amazing people embrace the project with so much love! We had people from all continents contributing, including a whole group of young refugees in Kampala, Uganda. Here is a link to the video: https://www.youtube.com/watch?v=CyN0Jvf2kXE

Another thing I am proud of and grateful for is the fact that I have incredible supporters from all over the world, and I get to connect with some of them on my Sunday Sofa Session, which I stream via Facebook Live from my artist page (https://www.facebook.com/merethe.soltvedt.music/).

Those Sunday Sofa Sessions are either just me or me with my band The Rogues (or sometimes other artists), sitting on my sofa, playing music and chatting with whoever is watching.

We are actually releasing the new album and Music Video I mentioned earlier on a Sunday Sofa Session February 17th at 11:30 AM LA-time, and we’ll invite friends over for the occasion. Live studio audience!

As for what sets me apart from others, I believe that we are all unique, and there’s room for everybody, so we are all apart and together at the same time.

I also believe that in order to have forward movement, you have to take action, and as we all move at our own pace, focused attention always helps. It’s so easy to get distracted! I have done my fair share of listening to others who think they know what’s best for me, but we should all stay true to our own vision and voice, as it is our job, privilege, and gift.

If you had to go back in time and start over, would you have done anything differently?
That’s a very good question! I think I would have been a little bolder and more pro-active a little sooner. I feel like I wasted a lot of time waiting for things to work out, or for other people to have time. I could’ve used my time better and more focused. That said, I am grateful for all the things I’ve learned by taking the detours and the deep dives! 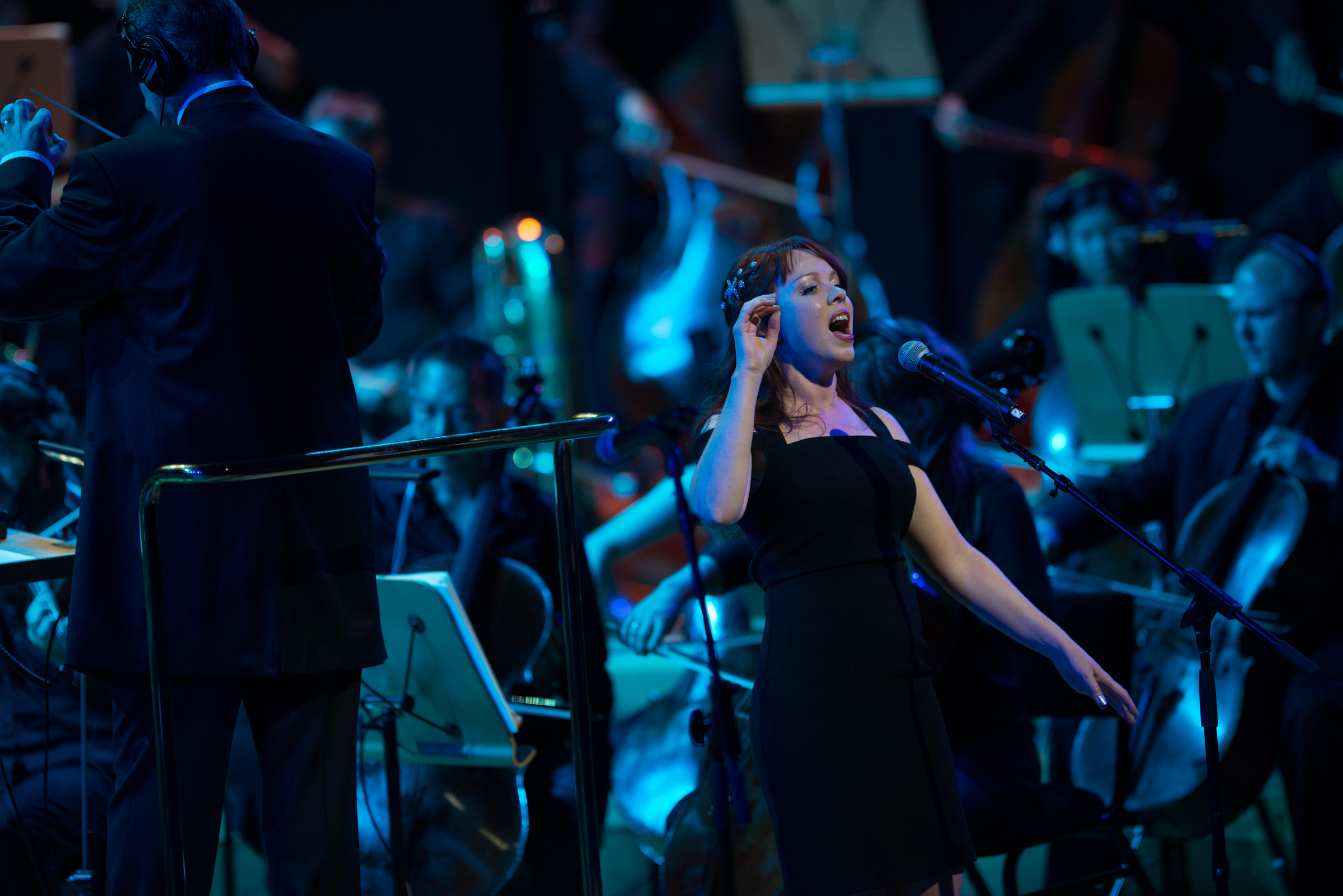 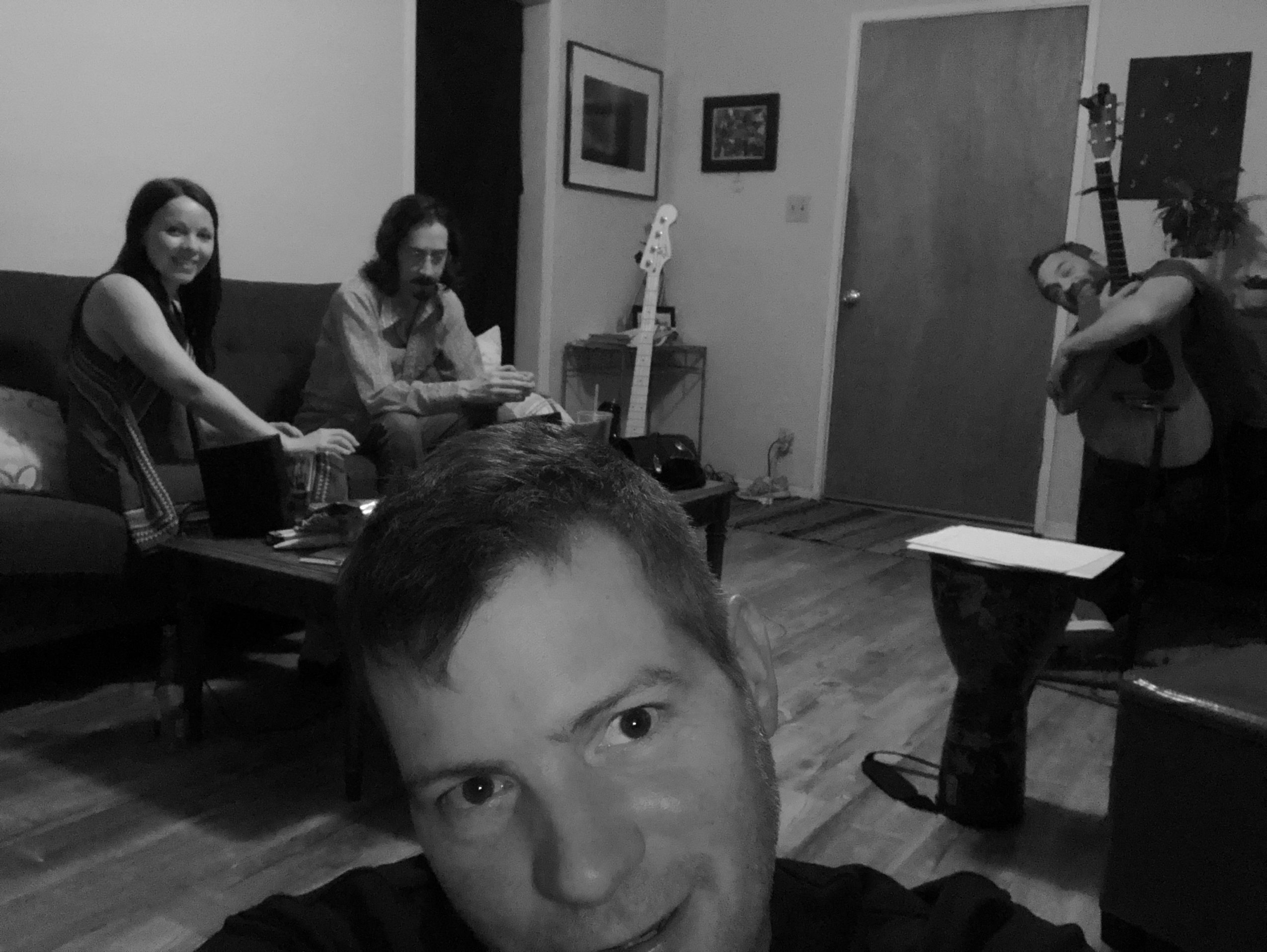 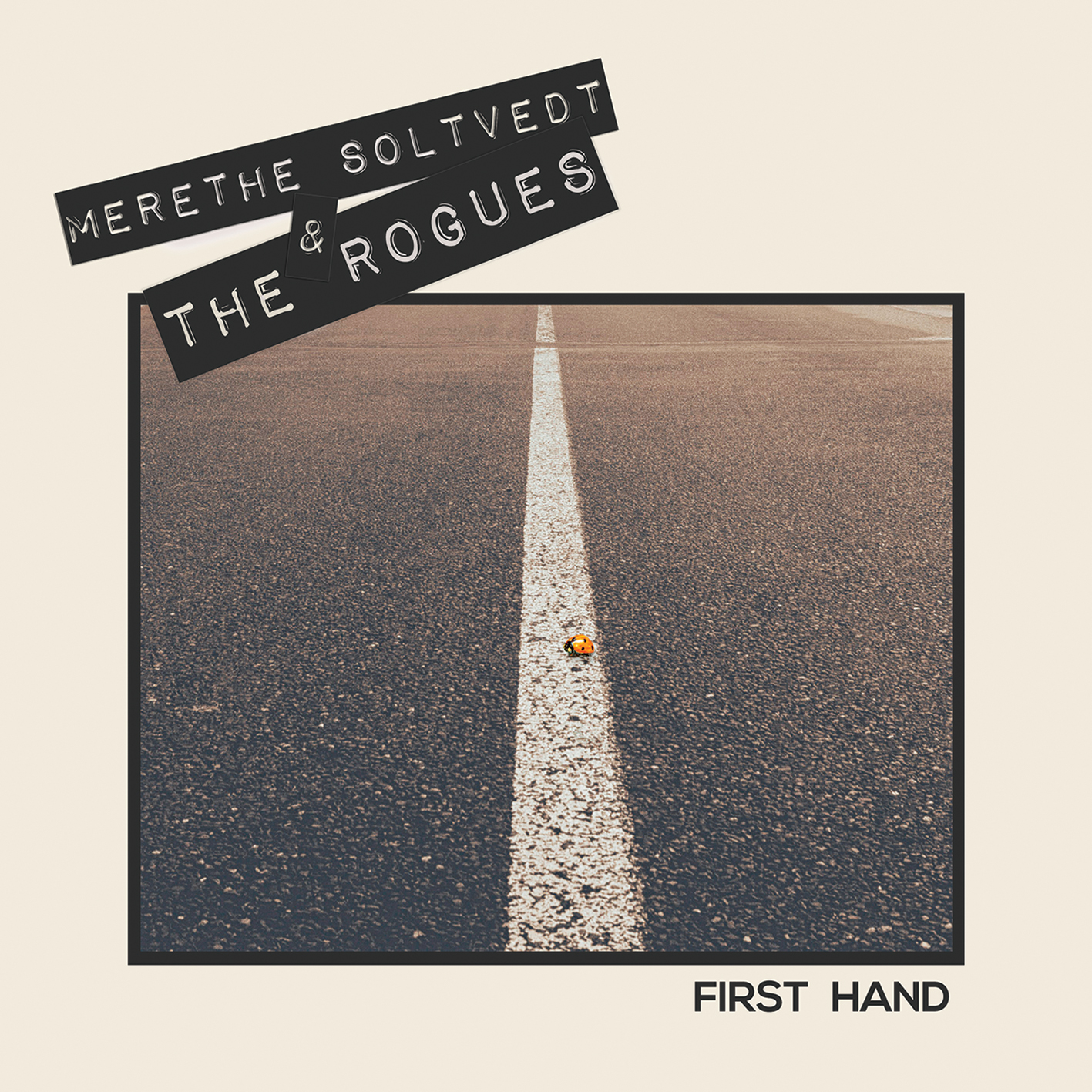 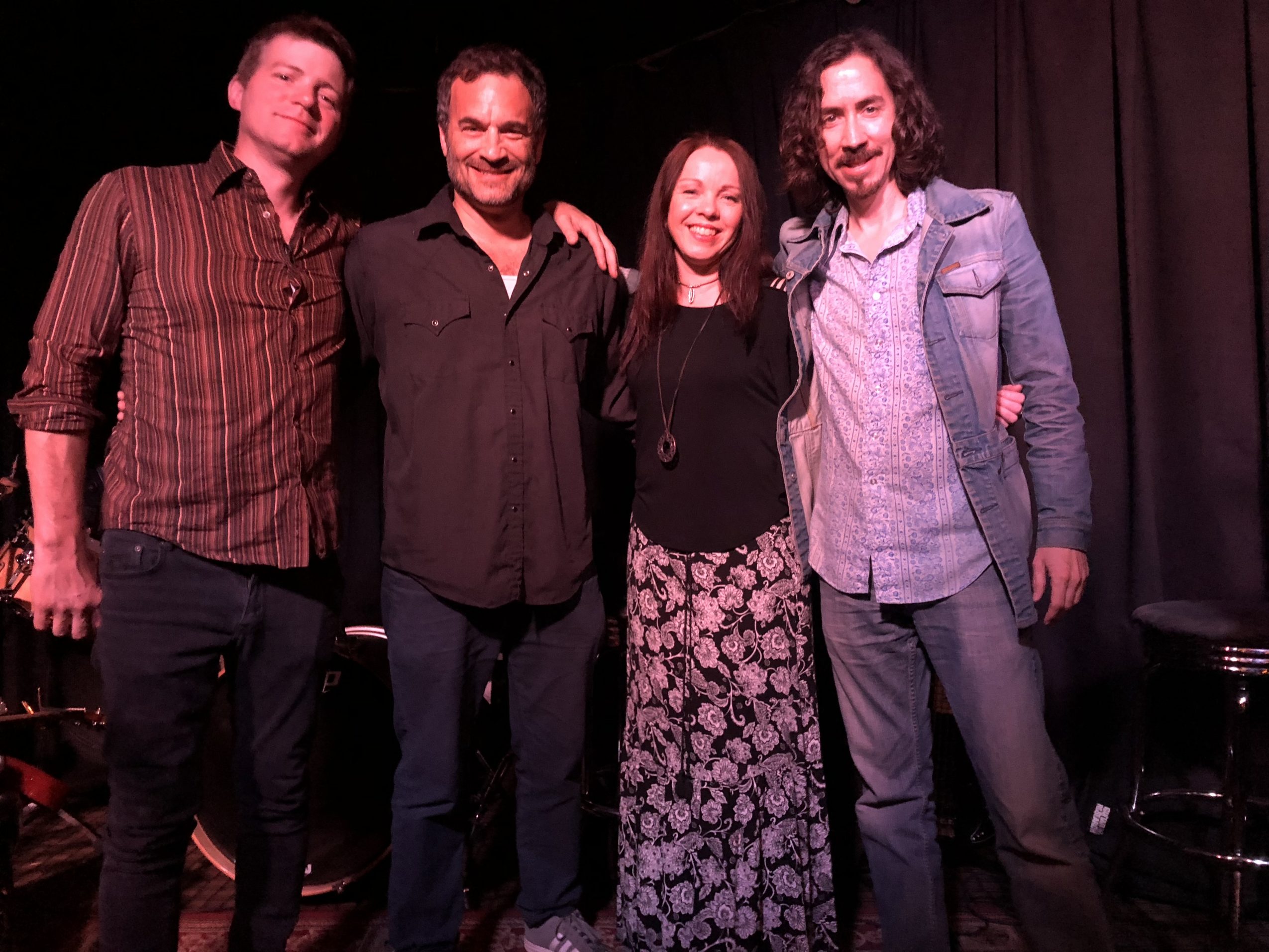 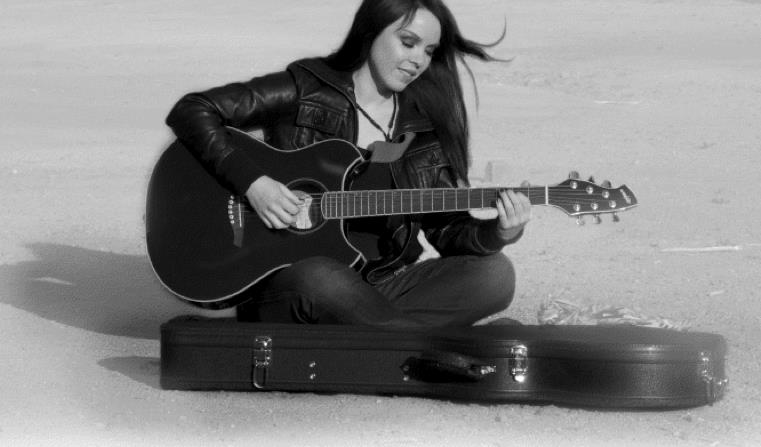 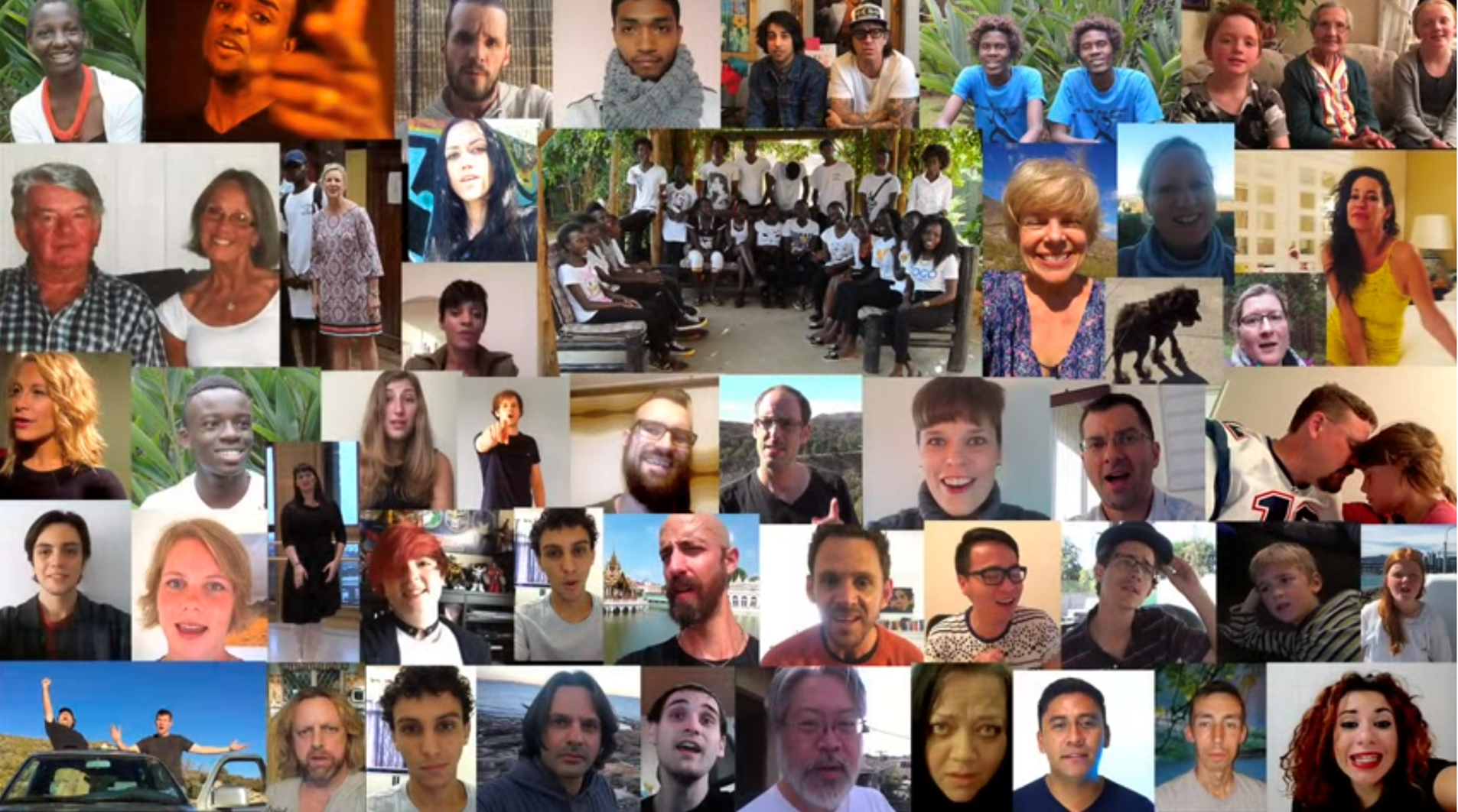