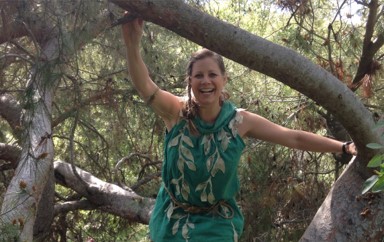 Today we’d like to introduce you to Meredyth Hunt.

Thanks for sharing your story with us Meredyth. So, let’s start at the beginning and we can move on from there.
As a little girl, growing up in Texas, I spent as much time as possible running around my Grandma’s backyard creating shows. I would “sell” my mother and Grandma tickets to the show and they would sit on the big swing dutifully watching me do backbends, and wobbly handstands as well as some sort of chaotic dancing. To their credit, they attended a lot of backyard theater.

I also loved to roam the neighborhood leaving little surprise gifts of flowers with notes on porches. It was thrilling to create these gifts and sneak up to the front door, place the gift, ring the bell and run behind the bushes. I wanted to delight people.

As an adult, I became an actor and moved to Los Angeles to be famous! I had some success booking, commercials, guest star roles and hosting a short-lived dating show called “Lover or Loser”. Mostly, though, I was an excellent waiter! I started to yearn for creative control over my own projects and I really loved working with children.

One summer, ten years ago, I began leading drama camps in a friend’s backyard – something I still do every summer. We reinterpret and stage fairytales as well as writing our own plays to perform for our parents and grandparents. I am creating backyard theater again!

Then, five years ago, I fell out of a tree and broke both wrists. Not being able to do anything for myself, I was forced onto the couch and into a lot of daydreaming. I started imagining a character named Willow Walker, whose tribe lived in the trees. From musings about her, the idea for The Great Big Adventure came into being. I wanted to create an immersive theatrical adventure for kids and Willow Walker would be their guide!

Years ago, in Seattle, I had been a part of a company called “Theater in the Wild”, founded by Theresa May. She had created an immersive play around characters from King Arthur’s legend. We took the audience through a two-mile trek in a beautiful forest. Along the way, different scenes would take place in and around the audience. It was a family show and I saw how invested the children were in the reality of the story. Once, a little seven-year-old boy showed up with his wooden sword and, at a critical moment in the story, tried to jump in front of one of our actors to protect her from the bad guy. It was a magical experience.

Back on the couch, I began to dream up a fantasy world and a quest that I could create for children. My goal was to get kids out in nature and interacting in a live-action adventure that was happening all around them. I wanted them to feel excited, engaged creatively, and always delighted. My accident happened in September and by January I had launched the first Great Big Adventure!

Has it been a smooth road?
When I sent out the first email about the Great Big Adventure, I very quickly had 24 kids sign up, almost a full roster, which was amazing! But that meant I had to create the thing that had only lived in my mind thus far.

Because the adventure takes place outside, with a big group of kids, and actors, that means there are a lot of elements to handle at once. I would spend hours hiking around different parks looking for good locations to stage a leg of the adventure. A park needed to have easy access for parents to drop off the children, a bathroom and I wanted it to feel wild enough that the kids could more easily buy into the idea of being in another world.

There are three different gatherings that take over the course of the adventure so I had to find three locations that met these criteria. Fortunately, there are a lot of beautiful parks in the Los Angeles area!

The children that adventure with us are 8-12 years old so there is a big developmental range. One of my struggles was figuring out how to make an experience that would thrill all those ages and not overwhelm the youngest kids. And, if they did get overwhelmed how were we going to handle that when we, as the actors, had to stay in character and not break the reality of the world we were all creating together.

I addressed this by designating one of the adventure guides/actors who would hang back on the edge of the action with any kids that were feeling a little unsure or scared.

The biggest challenge with The Great Big Adventure has been getting the word out to people and explaining what the adventure is and why it’s a wonderful experience. Immersive theater is becoming more mainstream but it is usually geared toward adults or takes place inside a theater of some sort.

This immersive theatrical adventure takes place over three months, meeting in a park once during each of those months. The participants also receive mailings every month with messages to decode and stories to further the narrative. It is a unique and sometimes complex project to communicate.

We specialize in creating live-action adventures for kids. After creating the first adventure, it felt like the story wanted to continue so I made two more adventures. Next, I will be creating one-day adventures based in the same fantasy world and ultimately, I want to create family adventures!

I am most proud of the community of actors and creatives that come together to build these magical events. I rely heavily on the actors to be excellent improvisors because we never know what a kid is going to say or how they will react. But the actors also have to have a sensitivity and aptitude for working with children.

It is a wondrous moment when you witness a child dive into the adventure and surrender wholeheartedly to that reality. There are no cell phones or Pokemon, it is a world actualized by the commitment of the actors and the joy they bring to the work.

Let’s touch on your thoughts about our city – what do you like the most and least?
Los Angeles is such a large sprawling city and I love that I can find so many different parks to stage the adventures. Even though the city is still all around us, it is still possible to find “wild” areas where we can suspend our disbelief and have an old fashioned quest!

But, also because Los Angeles is such a large sprawling city, it is hard to entice parents from the Westside to come over the hill and adventure in the Valley. Ultimately, I would love to have adventures running on both sides of the hill but for now, we are Valley-based. 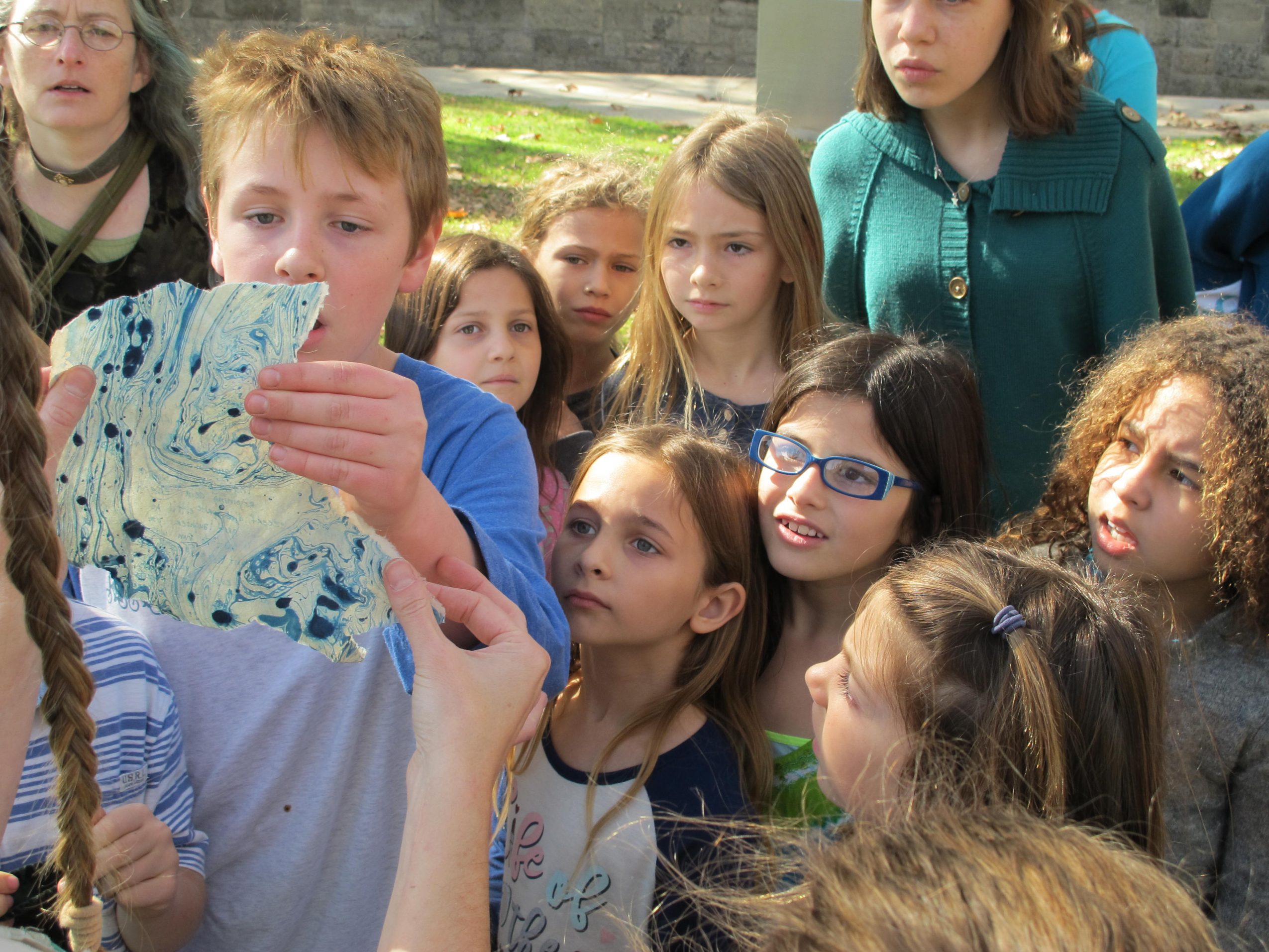 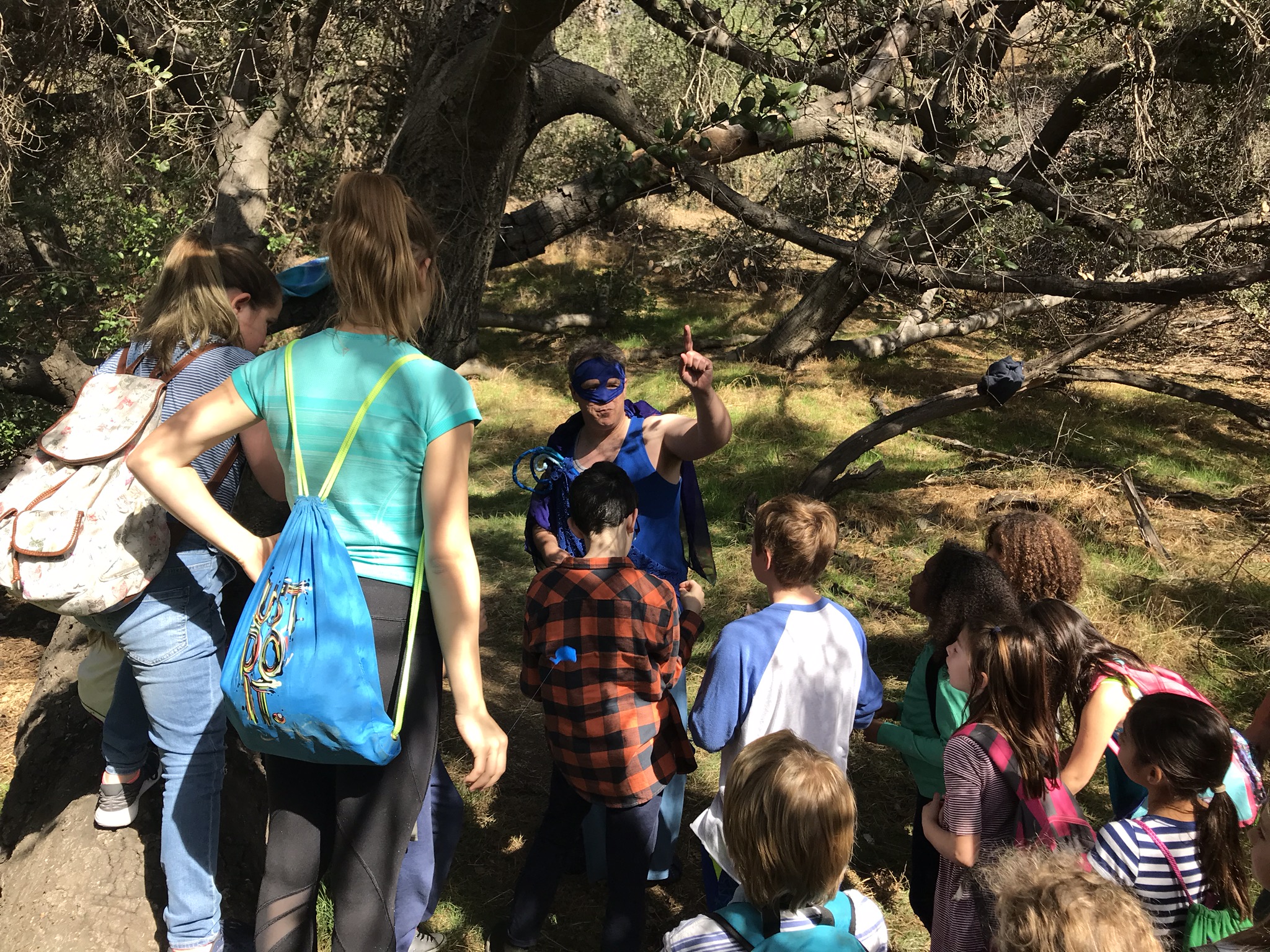 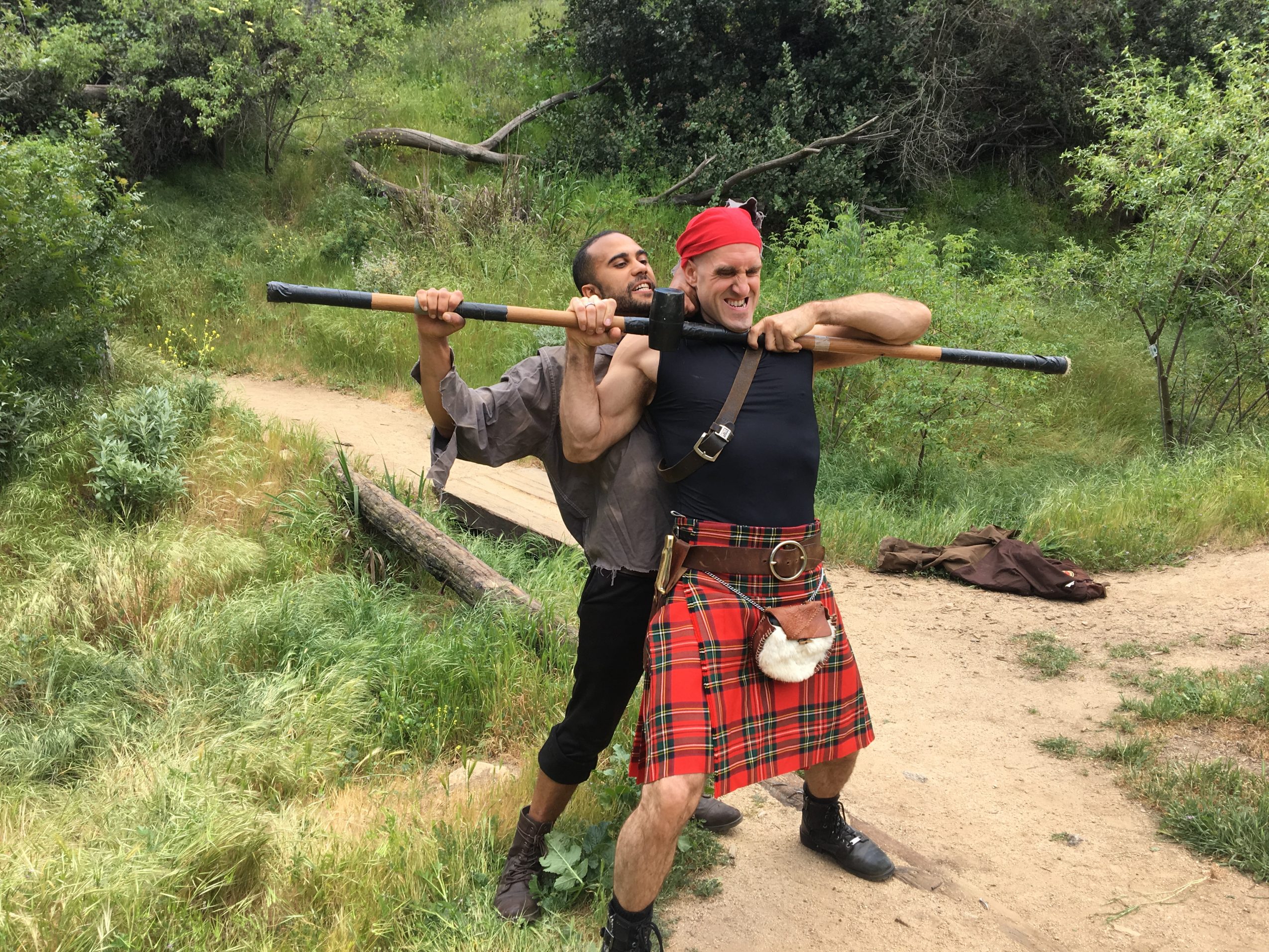 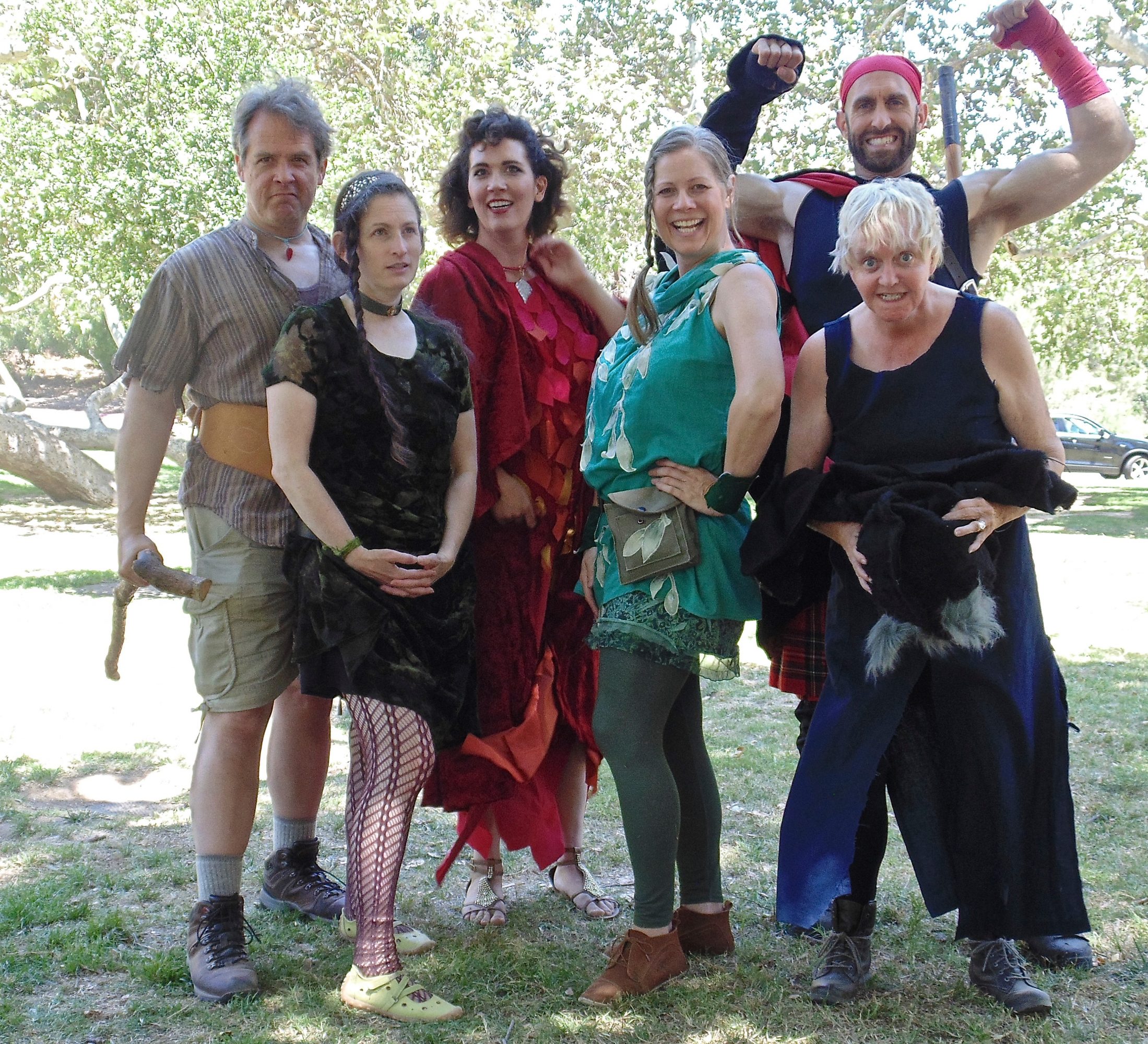 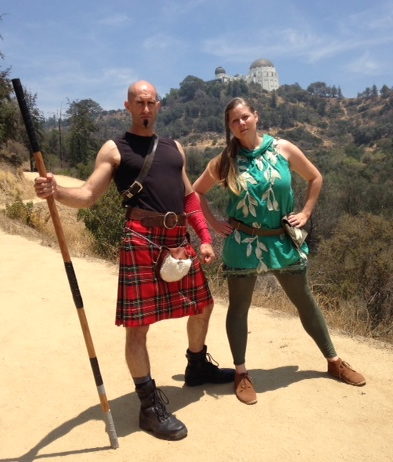 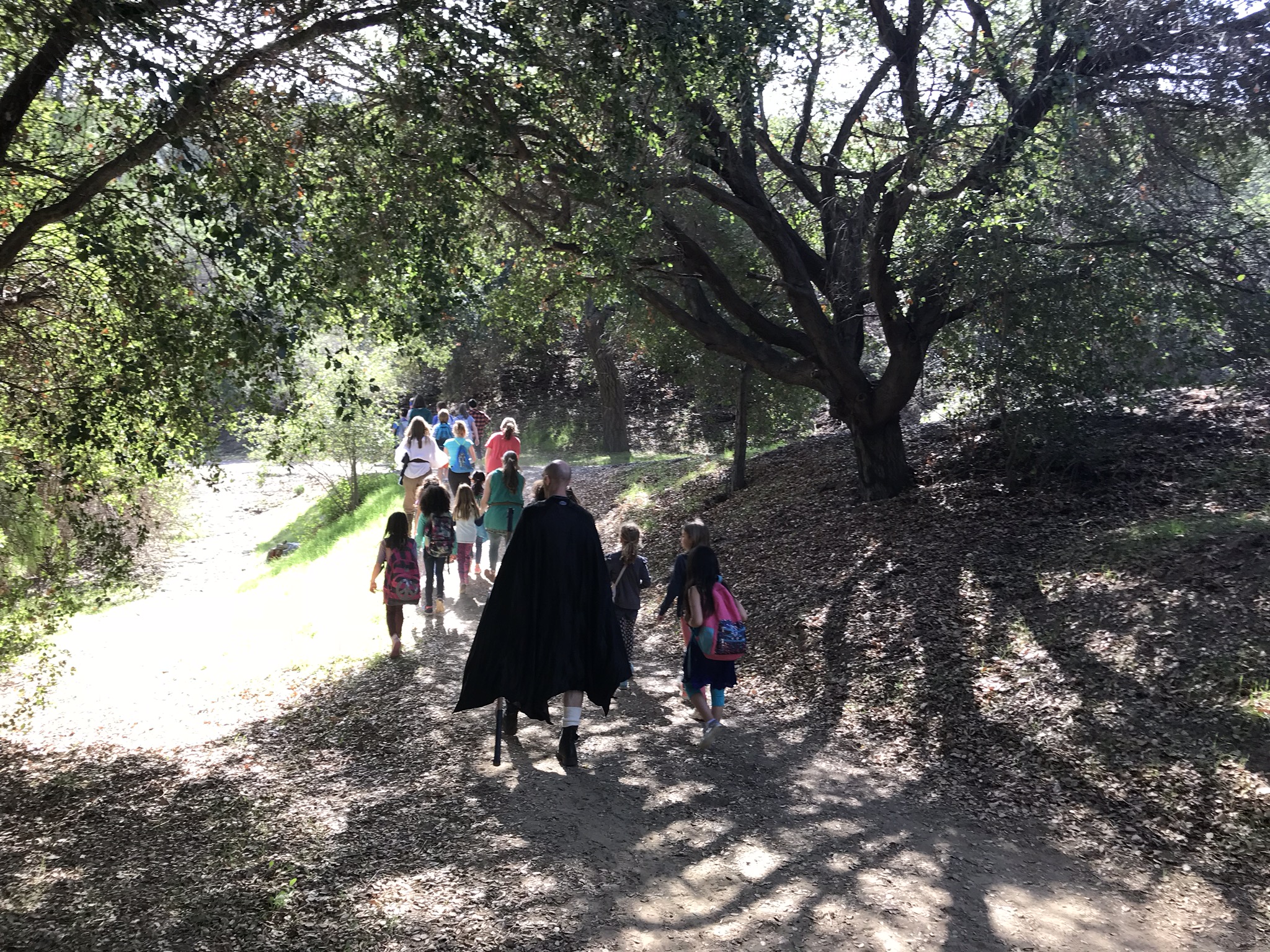 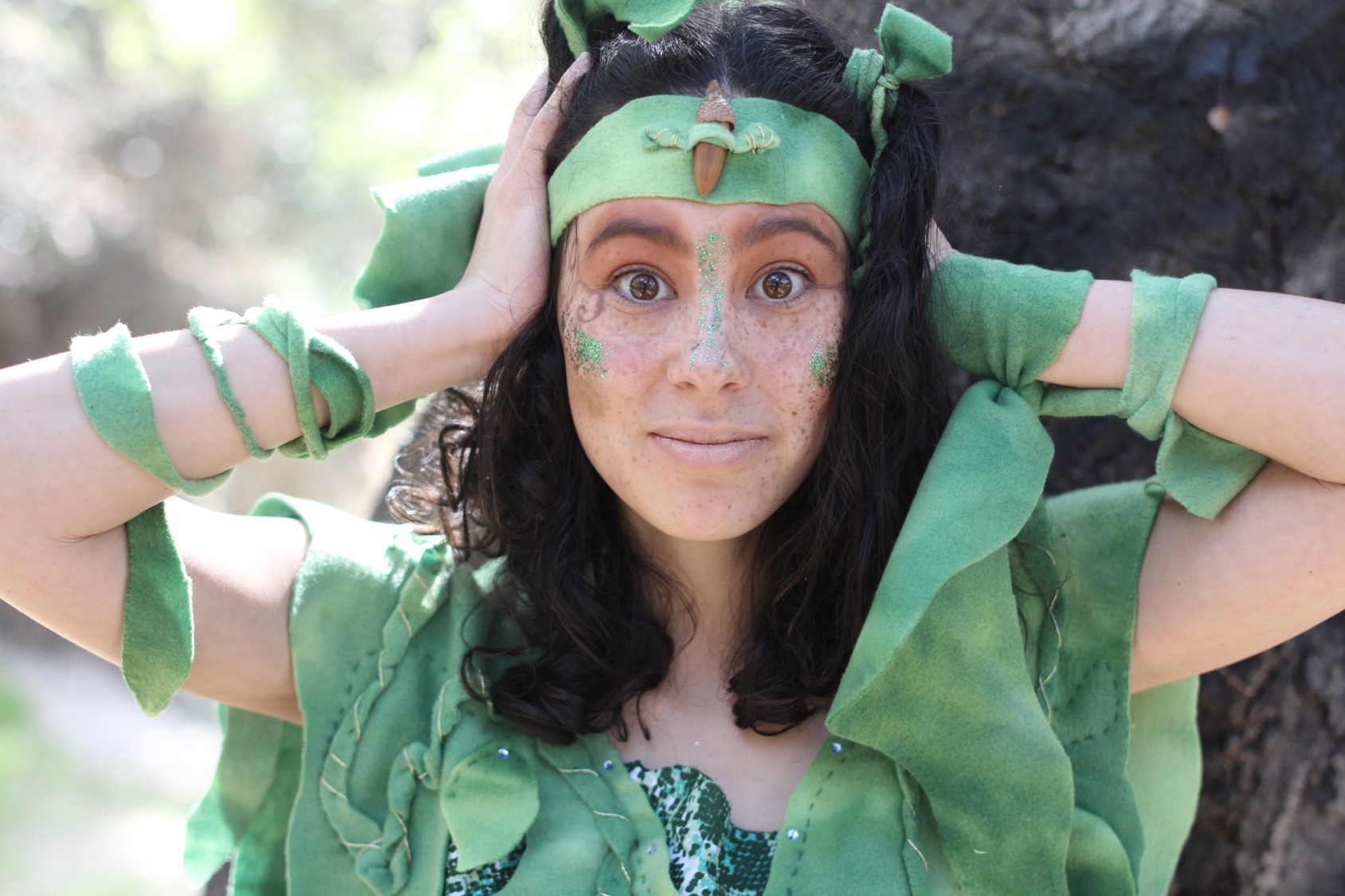