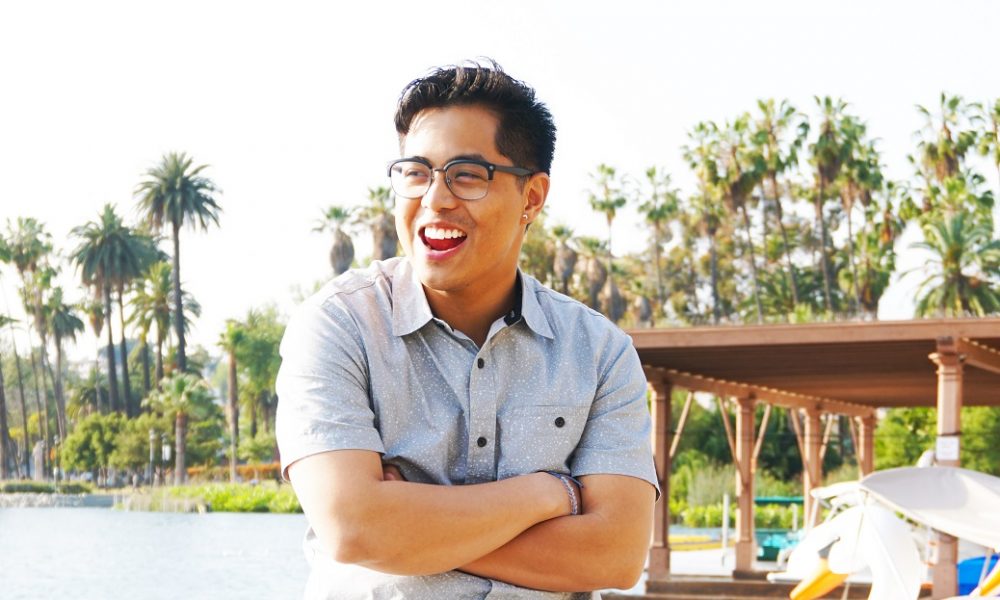 Today we’d like to introduce you to Melvin Biteng.

Melvin, let’s start with your story. We’d love to hear how you got started and how the journey has been so far.
I came to Los Angeles in 2011 to attend college at AMDA for a Bachelor’s Degree in Performing Arts. Even though I loved to sing, I actually didn’t really find my love for Musical Theatre until high school in the Philippines, where I’m from. Los Angeles is actually the longest I’ve ever lived in one place, as I spent all of my childhood moving to different countries since my dad works as a diplomat for the US government. It’s a bit of a double-edged sword but I consider myself lucky and blessed to have lived in countries all over the world such as Brunei, Togo (West Africa), India, and, of course, the Philippines. Oh, and I was born in Japan. Crazy, right? I think moving so much has made me into the person I am today: adaptable, open-minded, grounded. There was actually some culture-shock coming here from overseas actually. There were many “American” staples I had never tried before like Wendy’s or Jack-in-the-box. Not sure why fast food came into my mind first. There are also so many different kinds of chocolate bars that I still have yet to try like Baby Ruth, Snickers, Mars Bar, 100 Grand Bar, etc. The list is pretty long.

I was always singing since I was a kid (cliche, I know) and I was super into the Backstreet Boys, N’Sync, Frankie J, and Black Eyed Peas to name a few. When I was in the 5th grade (living in Togo at the time), I actually did a Pantomime show of “Hansel and Gretel” and I played Hansel. I remember singing “Favorite Things” from Sound of Music and that I also had a crush on the girl playing “Gretel”, her name was Abigail, but that was kind of weird in hindsight because we were brother and sister in the play… It wasn’t until I was in Middle School (I was living in India at the time) where I really got into performing and I joined a choir class. I continued to do choir and sing wherever I went, up to the end of high school. It was thanks to my teacher/mentor, John Mulhall, that I got into musical theatre though. I remember watching him in a production of Into The Woods and I thought to myself, “This is what I want to do forever.” He is actually the one that gave me two songs I really love, “See Her Smile” from Tick Tick Boom and “Run Away With Me” from The Unauthorized Autobiography of Samantha Brown, that I still use for auditions to this day. Oh, I would also like to add that the first musical I ever saw on Broadway in New York was “Legally Blonde” and that show was life-changing. It was high energy and hilarious. If you haven’t seen it, you’re missing out on a solid 90 minutes of entertainment.

In recent years, one of the greatest roles has been to play Ray Harimoto in an original, new musical called “Letters To Eve”, which was written by Daniel Sugimoto. Simply put, it takes place during WWII, where Japanese-Americans were put into internment camps because the government thought they might be spies for the Japanese after the bombing of Pearl Harbor. In one of these camps, Ray is in love with a girl named Eve. Not long after he finally professes his love to her, he has to make a hard choice between staying with her or going off to war to fight. This character holds a deep place in my heart, as he has his passion and love at the forefront, kind of like his heart is always on his sleeve. I see a lot of him in myself. I actually ended up writing a song that was inspired by Ray’s story and the song plays out like one of the letters to Eve he makes while on the frontlines. You can actually find it me singing it on YouTube called “You (Letters To Eve)”. Another amazing project I’ve been able to be a part of (twice, actually) is something called 15-Minute Musicals where a bunch of creators and writers come together, form teams, and create a 15-minute musical from scratch with some parameters involved. It’s fun because it pushes you as an actor to put this show together in a very limited time while also learning songs and scripts that are constantly evolving and changing. I got to play so many different kinds of characters like an Egyptian prince, an emo teenager, a cat, a Russian acrobat and so many more. These musicals were absolutely riveting for me.

My other equally important creative outlet that has shaped me throughout the years is my songwriting. It helps to put my feelings and my stories into words and melodies that I hope will move people. I think songs are peeks into people’s souls or snippets of their life story and I am not different in that regard. The kinds of music that really move me are the ones with meaning and are more than just a song. They have a certain weight and you feel it. It’s heavy and vulnerable. That’s the kind of music I like to create. I also like to push the boundaries of what music can mean for me and what forms they can take. For one track I did, I put a spoken word into it with a friend of mine singing the vocals. I thought these two parallel worlds would work perfectly together. A lot of my work comes from love, family, and loss. Things that happen to me personally and manifold into lyrics containing moments and memories that I think others can relate to. Or can feel the emotion behind them and my voice.

I’ve been lucky enough to have been living my passions my whole life and I know I won’t be stopping anytime soon. I continue in hopes to move someone else, whether big or small, with my voices, actions or music.

Overall, has it been relatively smooth? If not, what were some of the struggles along the way?
It has most definitely not been a smooth road but I think there’s a silver lining to that. Every mistake or every wrong move I’ve ever made, I try to understand, learn, and grow from. That is actually why I got a tattoo on my left forearm of “Ancora Imparo” which is Latin for “Still, I am learning.” It’s been a life motto for me to continue to stay positive as I slowly become a better person.

I think being an actor and a singer/songwriter is a profession just as tough as any other, if not more so. I wouldn’t wish it on anyone to go through the waves of what it takes to “make it”. I’ve lost count of the number of times I don’t land a role that I wanted really bad. For every 99 “NO”s you’ll get 1 “YES”. That’s a mental and physical strain that I know not many people can take. There’s actually a quote that really stuck with me during my time at AMDA. It goes: “You have to be comfortable with being uncomfortable” which is exactly as it sounds. You have to push your boundaries, do things that may be insane or out-of-the-box, and not “normal”.

I remember at one audition, I went in for a small nurse role on NCIS: Los Angeles, it was on the Paramount Pictures lot, I entered a room full of people of all different ethnicities, waited for almost 2 hours just to be seen for 1 minute. And of course, parking was tough plus I had to pay like $3 an hour for the meter. It’s just brutal.

There have also been times when I’m doing singing gigs where the audience is just dead. I try my best, sing some bops, sing a few originals and it’s tough to get the crowd going. Or sometimes there isn’t a crowd at all. There’s a strange inner pain from putting your heart out there on stage to no one. It’s kind of scarring, actually.

Still, it goes back to my life motto where I know I’m doing these to become better and taking baby steps toward being a better artist and actor.

Can you give our readers some background on your music?
Branding myself as a singer-songwriter, I like to create music whenever I feel inspired. I released a 5-track EP titled “Emoceans” in 2016 with a music video for the single “2nd Chance”. My main goal at the time was to just create something to the best of my ability and put it out there no matter how good or bad it would be perceived. I re-listen to it every now and then and I surprise myself by how well it turned out. I’m proud of the music I have created thus far but I know that my sound is still changing as I grow older and my tastes change a bit. The core of it is still the same but I guess I’ll say that it’s evolved where I’m more careful with my lyrics, really trying to weave a story with each song I write.

I think the thing that sets me apart from other singer-songwriters or artists is that my genre doesn’t exactly fit into any certain genre. Sometimes I’ll go into rap or sometimes it’s slow. It definitely has acoustic feels and vibes. If anything, I would say my sound is along the lines of Ed Sheeran, AJ Rafael, and Lauv. Ed Sheeran’s been a huge inspiration or me. I’ve been a fan since his first album “+” back in 2011. I’ve been watching AJ Rafael do music since I was in High School and Lauv’s music is just catchy, entrancing, and memorable. Whenever these artists or artists like them create something that really speaks to me, it inspires me to create my own works just as powerful or as meaningful.

If you had to go back in time and start over, would you have done anything differently?
I think I would’ve tried to maximize my time more, which is crazy to say because sometimes there were months when my schedule would be jam-packed. On the other hand, there were also moments and times where life gets in the way and I would have to take a “break” but end up feeling like those times are missed moments where I’m not further harnessing my craft or writing more music. These end up feeling like opportunities I missed and can’t take back. We’re all losing time and it’s something we don’t get back so I always want to try to make the most of mine. If it’s not obvious, I’m a bit of a workaholic. There are pros and cons to it but I just try to stay busy and positive and hope the rest will work itself out. 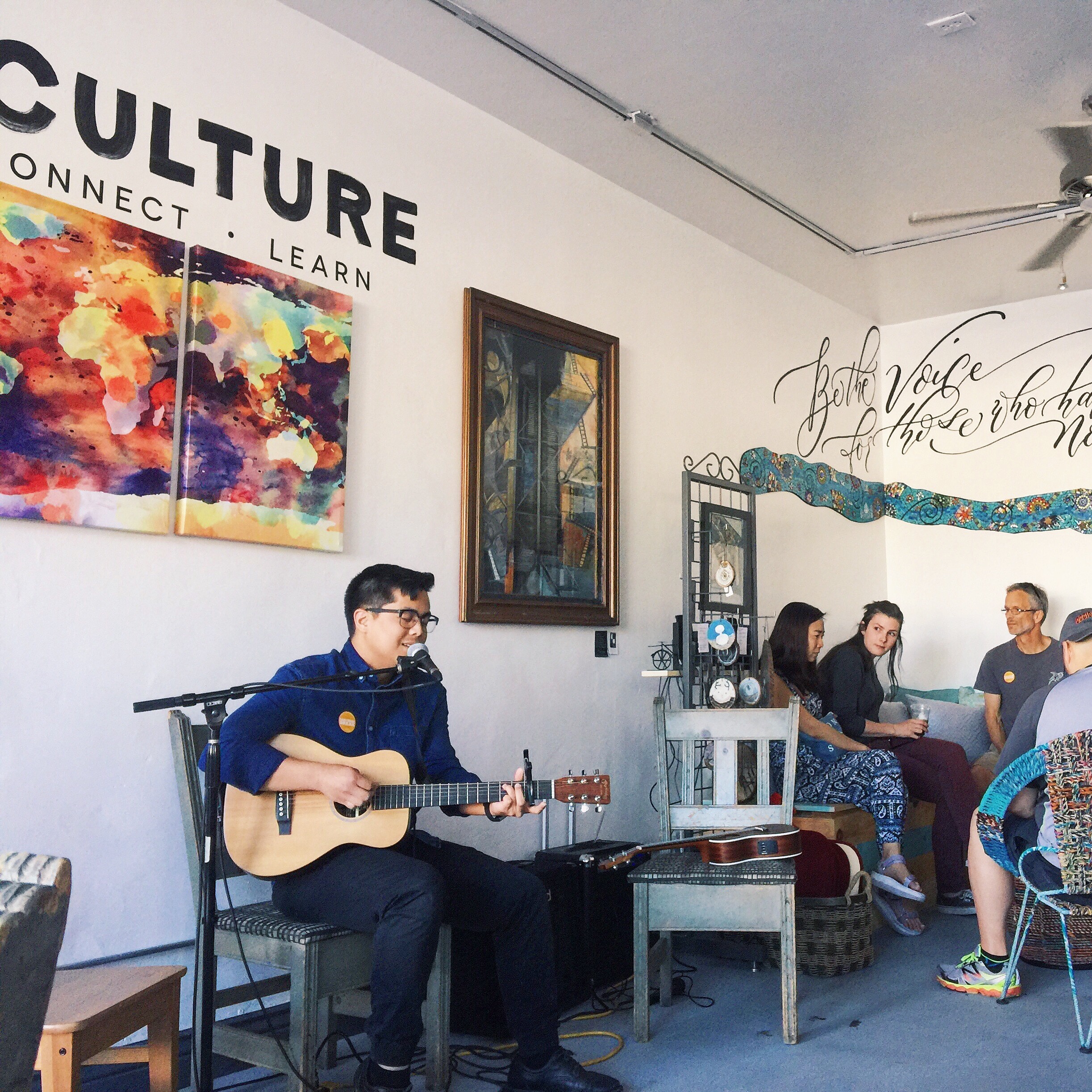 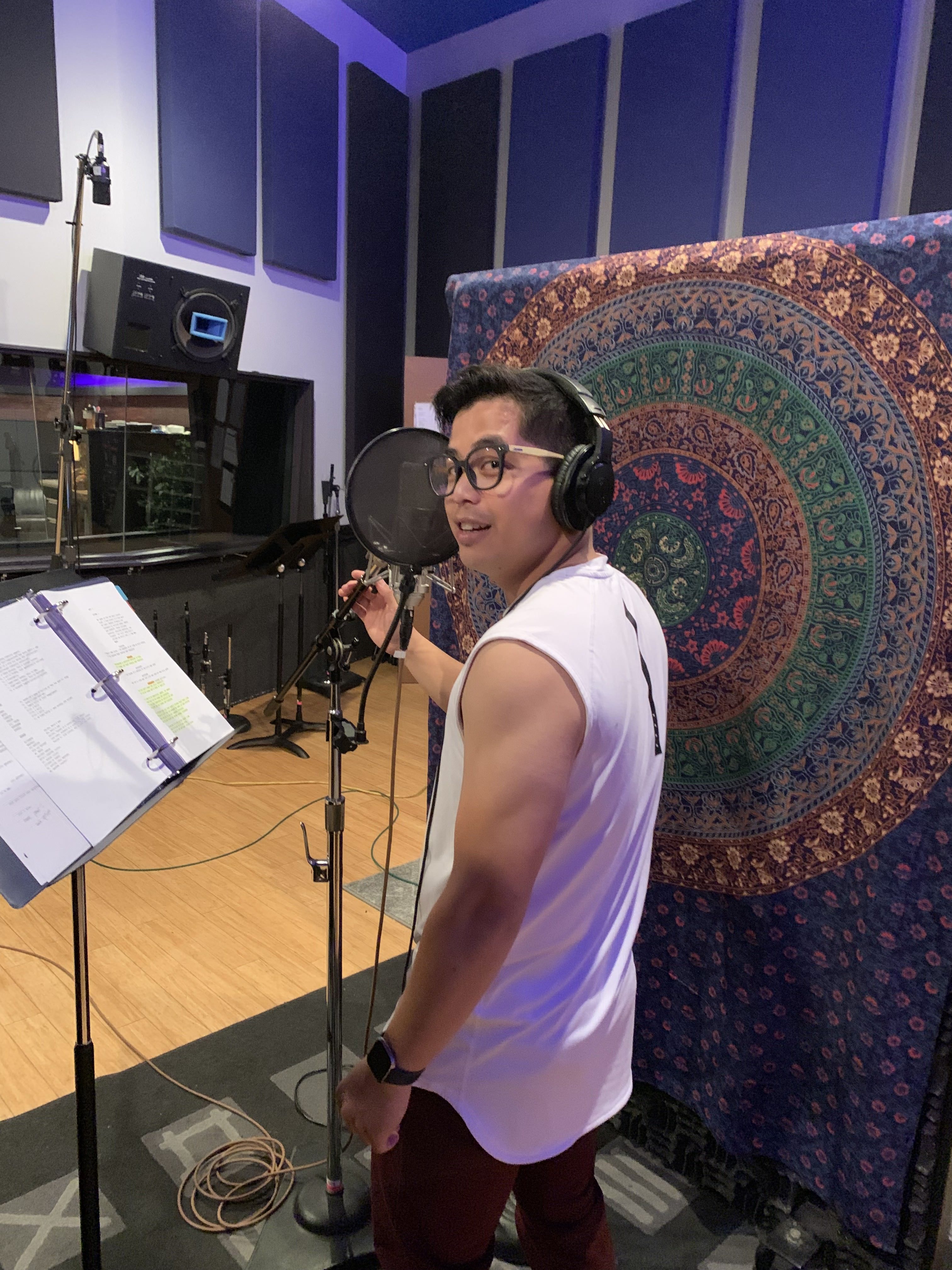 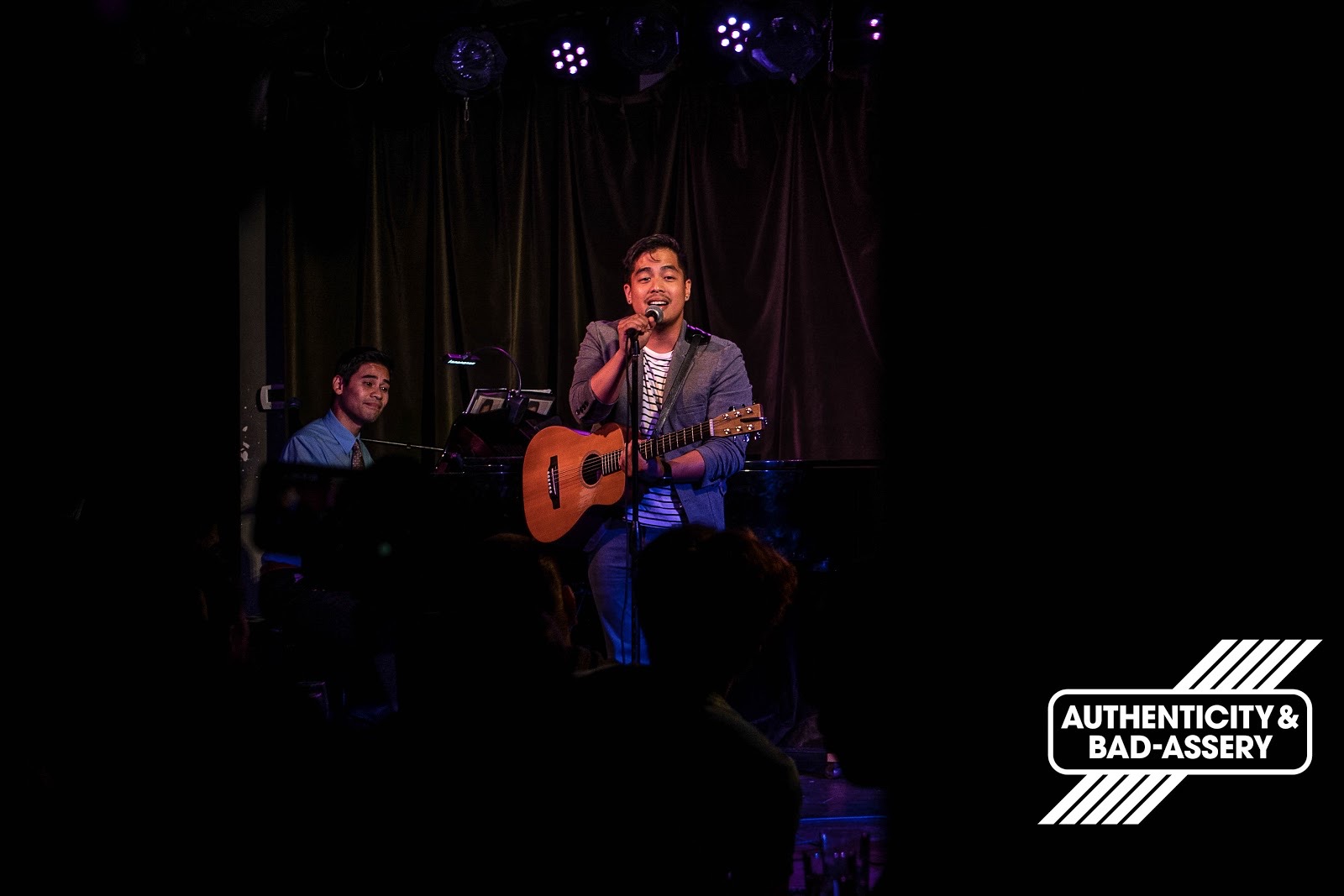 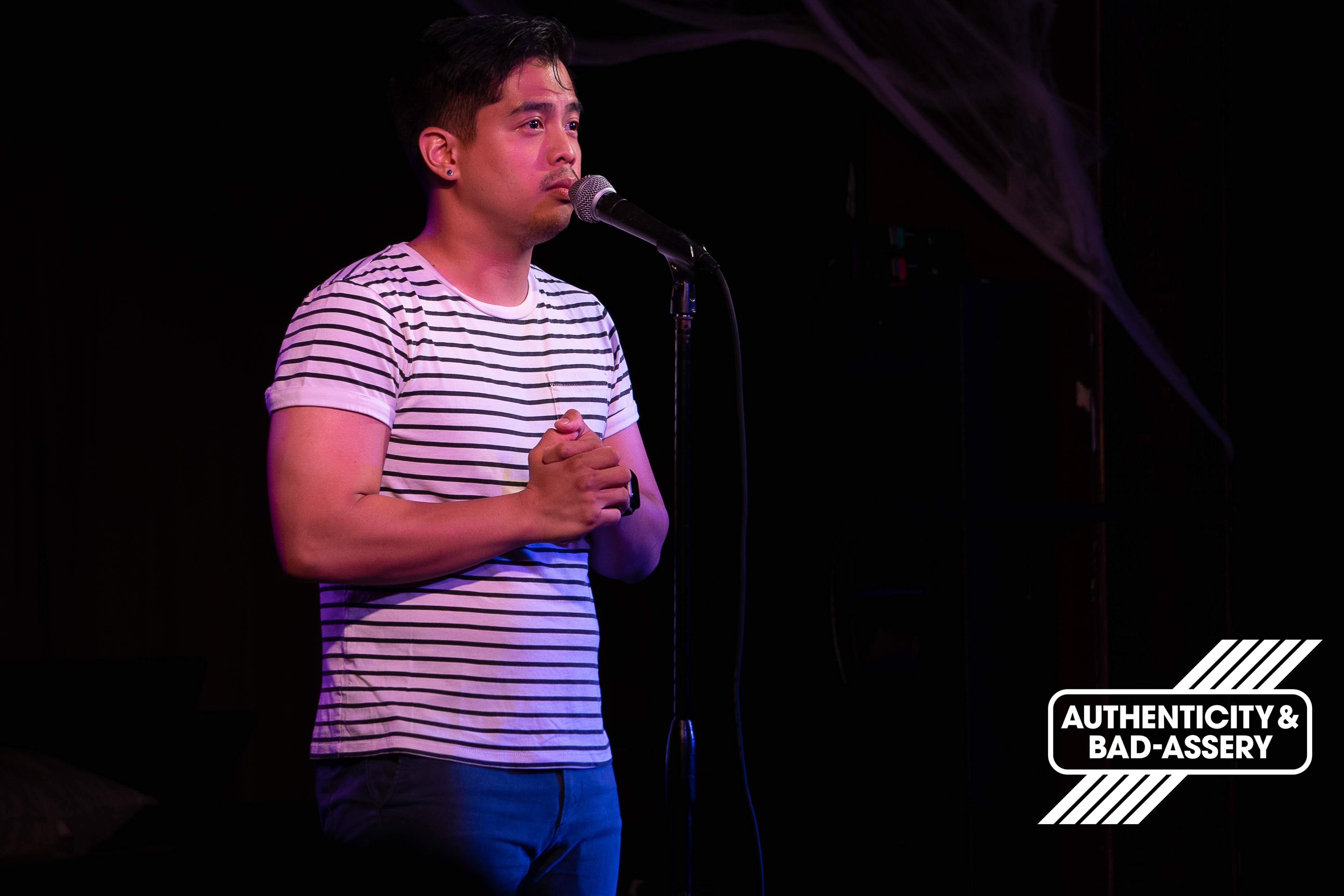 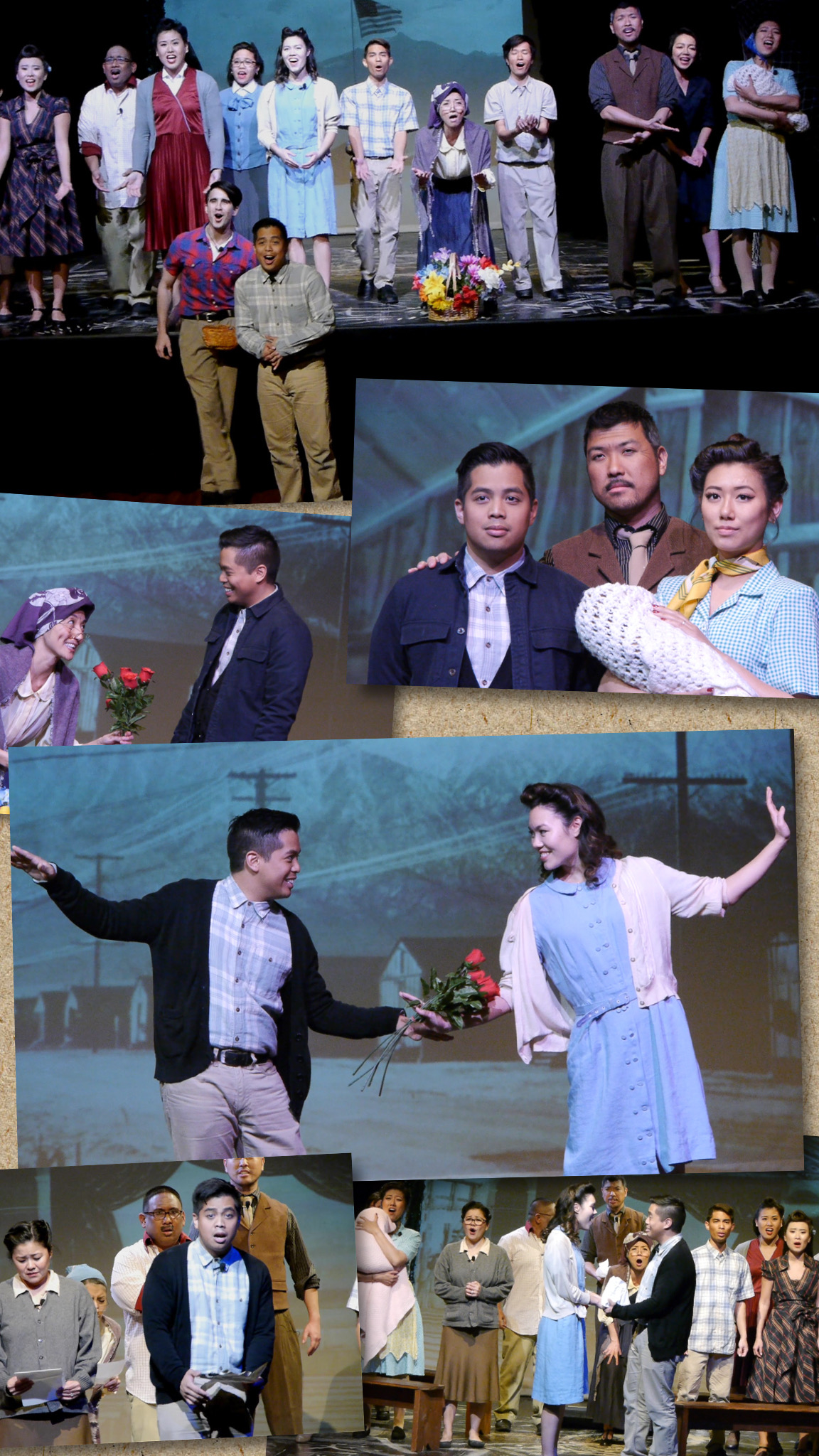 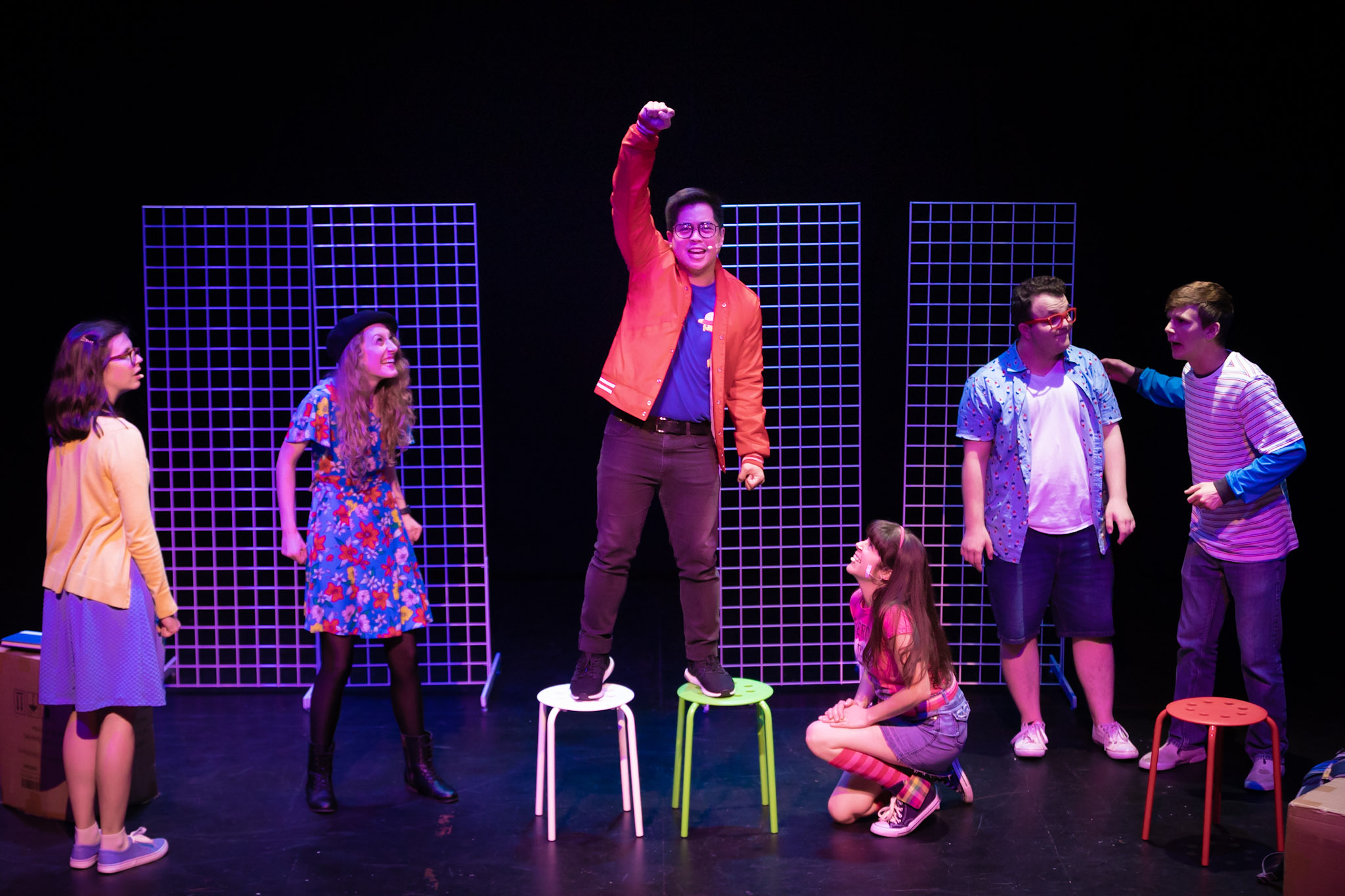 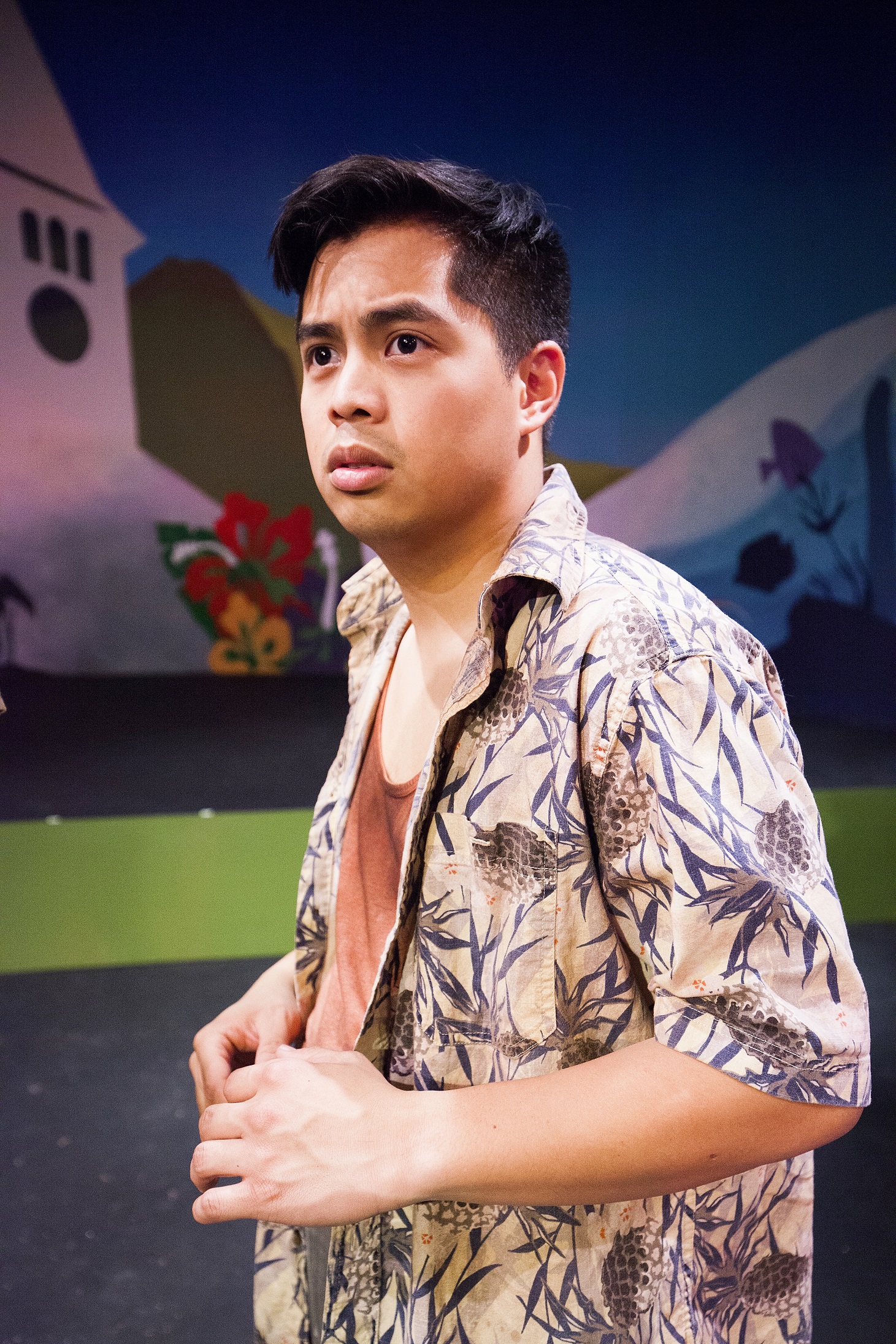 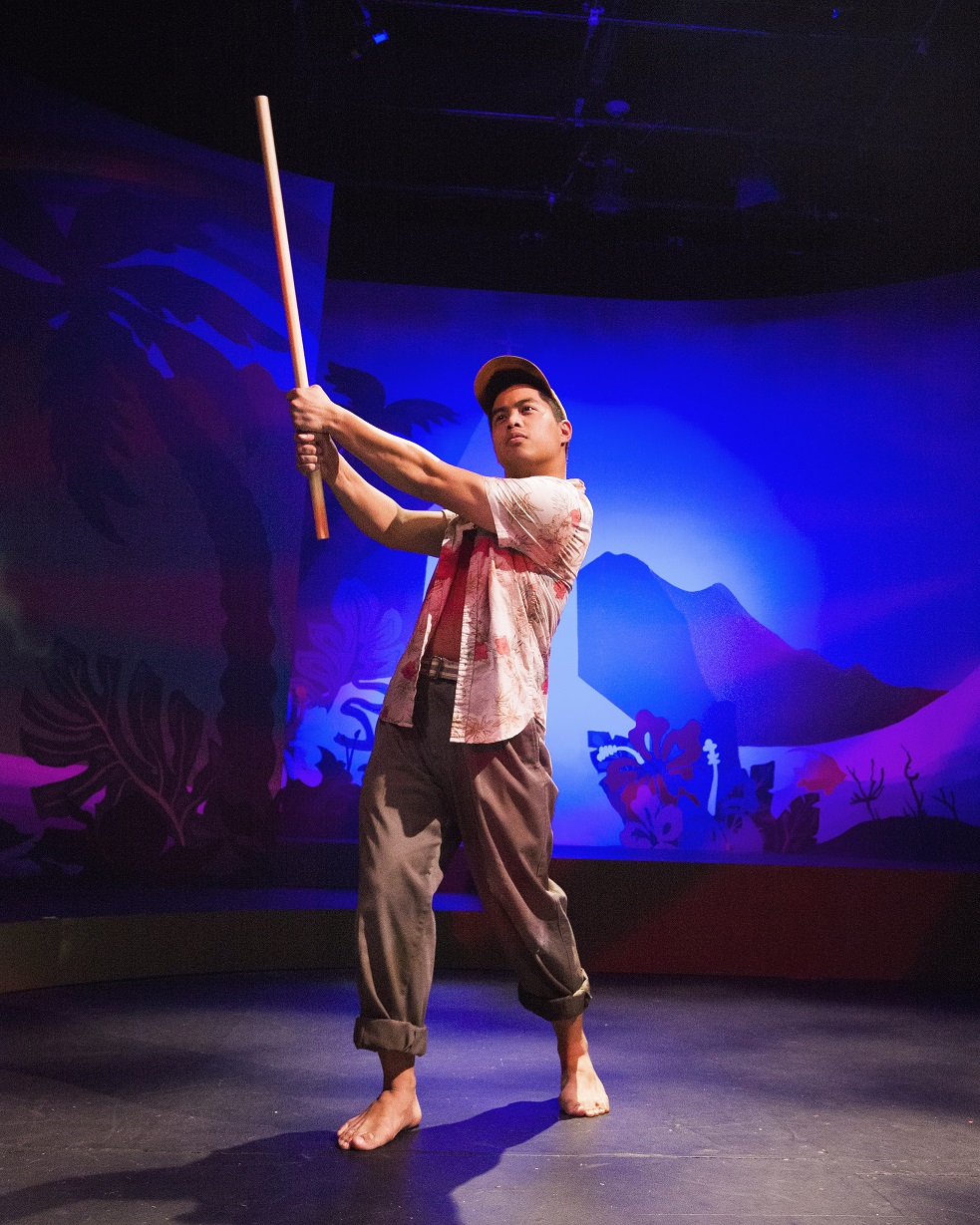