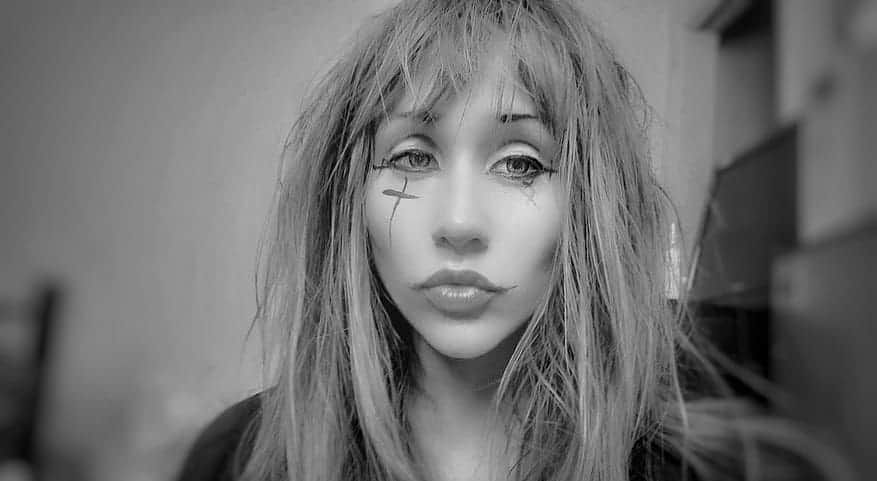 Today we’d like to introduce you to Melody Lynn.

Melody, let’s start with your story. We’d love to hear how you got started and how the journey has been so far.
My first memories were of my parent’s band. My father was a guitarist and my mother was a bass player. My birth name is Melody because of that. My dad was a career musician for twenty years and even wrote a billboard hot 100 hit in 1964, and that was the biggest hit his band ever had. After his first band, his second band was a hippy band. It’s hard for me to imagine at one point a young teenage Prince was living in Chris moon’s studio, who was also my dad’s manager at that time. And at that point, my dad was more famous than Prince. My dad had an amazing musical legacy and had an influence on everything from the early Minnesota 60s rock scene to the punk rock scene of the 80s. My dad was a complicated man, though and during his rockstar days, he struggled immensely with addiction issues. He was not able to save the money he made at that time, and so by the time I was born, we lived a very meager simple life. We lived with the assistance of the food shelf and ate on food stamps. Still, I completely idolized him as an artist and was begging to learn guitar.

By the time I was ten he deemed me old enough to officially learn. I had been trying to teach myself piano and had taught myself several movie soundtrack theme songs by ear. I even started putting together actual songs after I began guitar lessons. I was always attracted to darker or melancholy music. I was an outcast a lot of my childhood because I was shy, I had a few friends but I remember feeling like I had none. There are issues in my families history with mental illness and domestic abuse. The only grandmother I even knew was an orphan. A lot of my family is dead and I never met them. By the time I was a teenager, I was all over the place. I went to a performing arts school in Saint Paul for six months and learned various types of dance. I kept ditching and ended up partially dropping out and then changing schools. I got a laptop and downloaded a cheap production program. I basically had the Windows version of garage band. I started recording my own songs but I only sent them to my friends. My dad died when I was seventeen, and during that time I didn’t know if I would ever do music again. He died slowly over a years time and watching him suffer was really hard for me. I considered becoming an extraterrestrial archeologist – like I wanted to become an archeologist and study ancient aliens.

I sat in on a u&m class of my friends by sneaking in with her, and I realized I didn’t want to become an archeologist. I wanted to make music. I tried to put a band together and it failed, so I ended up playing an open mic alone under the name Queen Of The Static Opera. For some reason, I met the perfect producer at the open mic. I met Disraeli Davis and we did music together sometimes, but it was very unfocused because at that time I was struggling with substance abuse- just alcohol for the most part. I was also really depressed and suicidal. I was dating a guy twenty years older than me, and that relationship was really unhealthy. When I was grieving the relationship I was in the worst place, I barely felt like myself. I had become this drunk version of me, getting into stupid fights with my friends, and hanging out with random guys at random shows, and doing nothing really productive. Finally after I ended that relationship, I decided to quit drinking and other things, and during that time, I wrote my first EP “Spaceships” and moved to LA. That was my first real EP. Everything else I did before that was a demo. I tracked the guitars on that EP. and the organ on Deletedeletedelete.

Of course, I’m generally the vocalist and the songwriter. And I love analog synthizers, so thats what I try to write with nowadays. “Spaceships” is available on Bandcamp along with a single I just released. It’s a cover of Warm Leatherette by The Normal. I also have a Patreon, and I even have merch. Before the COVID lockdown, I was playing shows at Bar Sinister and other similar venues in LA, and I was planning to debut a new show before COVID closed everything. It was going to be the best show I’ve ever done- I was going to incorporating punk, theater, industrial noise, a little burlesque, all sorts of stuff, we’ll have to wait for that debut. Currently, I’m working on my next EP, right now, its working title is “M.E.A.T.” (must eliminate all things) but I don’t know what the actual title will be until it’s completely written. I’ve started making my own music videos. I shoot, film and edit them myself. It’s just cheaper and easier to do it that way, plus I’m a control freak about certain things. I’ve put out two so far- one for Warm Leatherette and another for my song “Neon Bleeding Mouth (God Bless America) which both will be on my next EP.

We’re always bombarded by how great it is to pursue your passion, etc – but we’ve spoken with enough people to know that it’s not always easy. Overall, would you say things have been easy for you?
Being able to afford to put out my music and vision uncompromised is the struggle. Some of the ideas I have for QOTSO are simple unaffordable right now because they require more than an independent budget, or my independent budget needs to grow. I think that’s true for the videos and visuals, but the music is exactly what it needs to be- at least I think so. LA is also just really lonely. I acknowledge I am so lucky to be able to move to LA to do this and afford it, but I’m pretty young, so it’s hard sometimes.

Can you give our readers some background on your music?
Queen Of The Static Opera is an industrial, ambient, darkwave, trip hop, hip hop, r&b, darkwave, band. I would like to think its something unique at least in the way it’s being presented. I believe in being part of the future of music and the evolution of music, and that’s why I never ended up in a traditional rock band. I don’t want qotso to be a limited one genre experience, and that’s how everyone involved with qotso is.

What were you like growing up?
I was shy and awkward. I wore really weird looking men’s clothes because I didn’t know how it looked. I was completely dissolved in a fantasy world most of my life. Usually, the fantasy world would change. I would be obsessed with an anime or a video game, and I would write entire pieces of fanfiction based on the series. I had a few friends, and I rebelled a lot in school and I tried to do quote on quote bad things, but luckily I didn’t have any friends who even did hard drugs at that point because I wasn’t cool enough and all my friends were cosplayer types. I had ditched a lot in school and even had a probation officer for not going. I told my teachers off and often walked out in the middle of class and left.

I spent a lot of time reading and I think that’s why I’m decently intelligent. I barely had to try to pass my classes usually and I had no ambitions besides getting a passing grade. I dyed my hair every single color and pierced my own lip with a needle in my room. I was planning to get tattoos the moment I legally was able but I did let my friend tattoo my neck with her tattoo gun she barely knew how to use at the time. I played roller derby for about a year and a half, I was pretty good and was a jammer. I started sneaking into bars with my roller derby team, and I was too young to be there but I wanted to go to the after parties and all that stuff. I got over stage fright there because I started doing karaoke, then I thought I can play guitar, I should do an open mic. 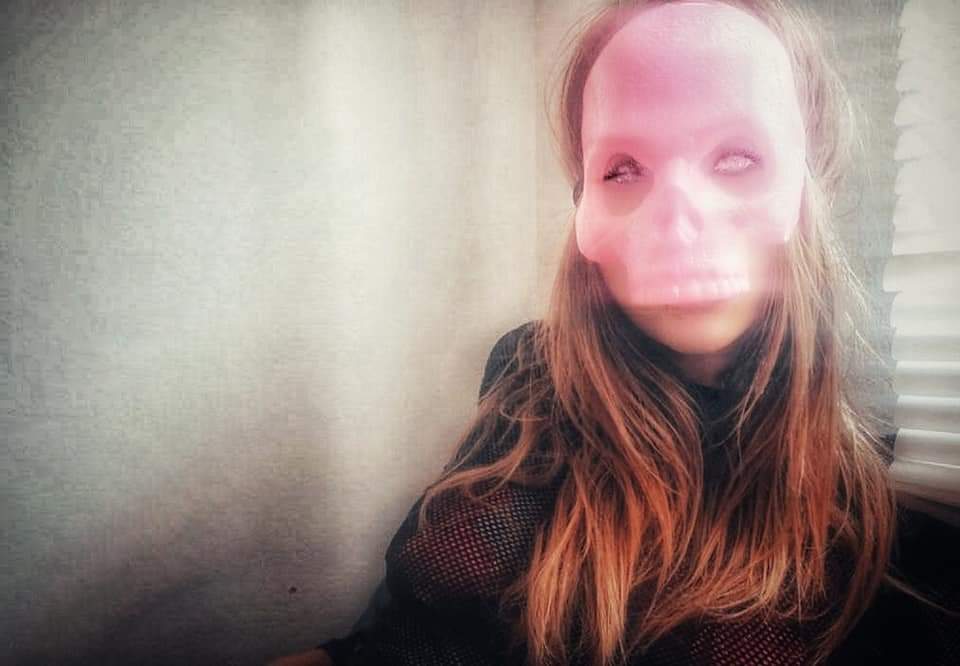 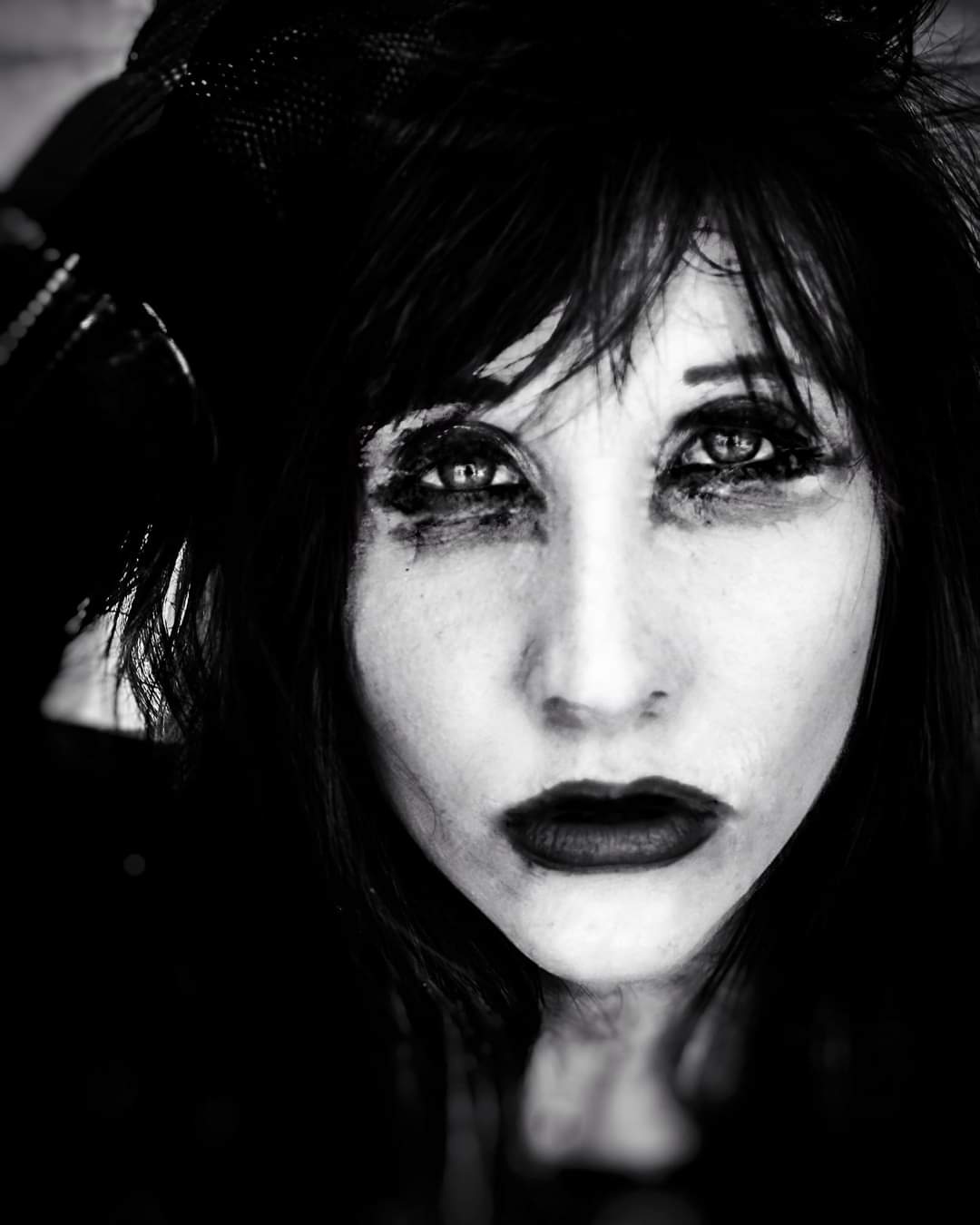 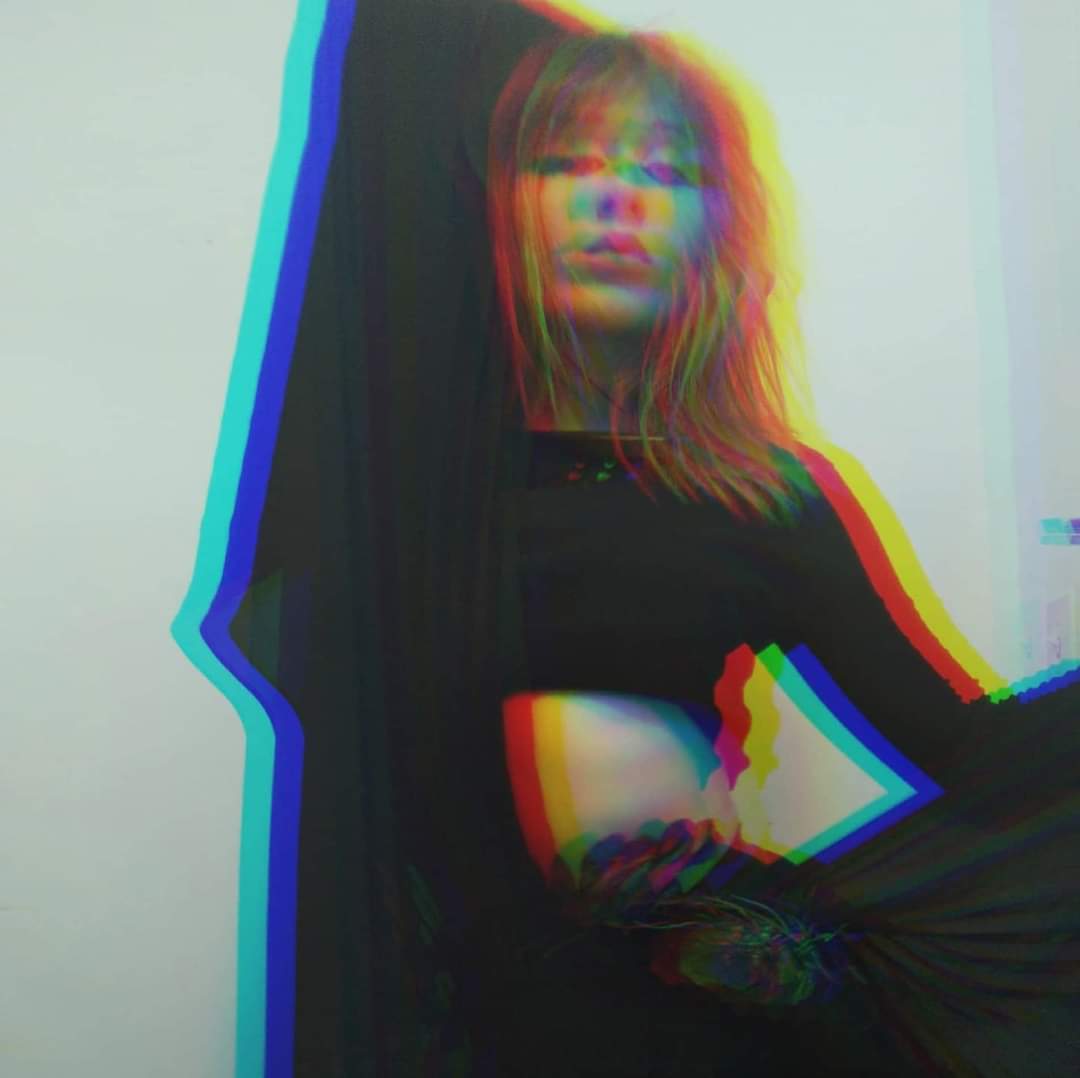 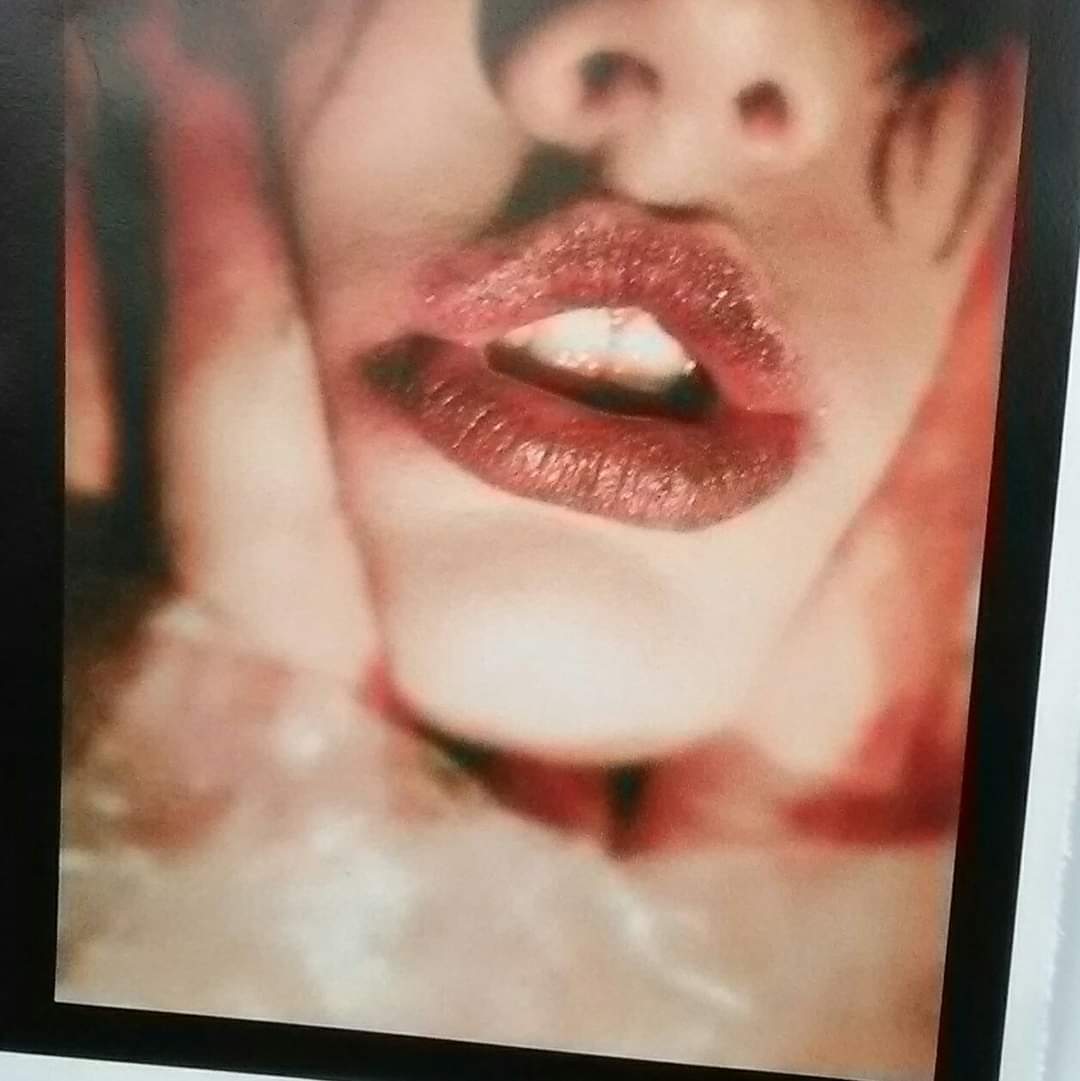 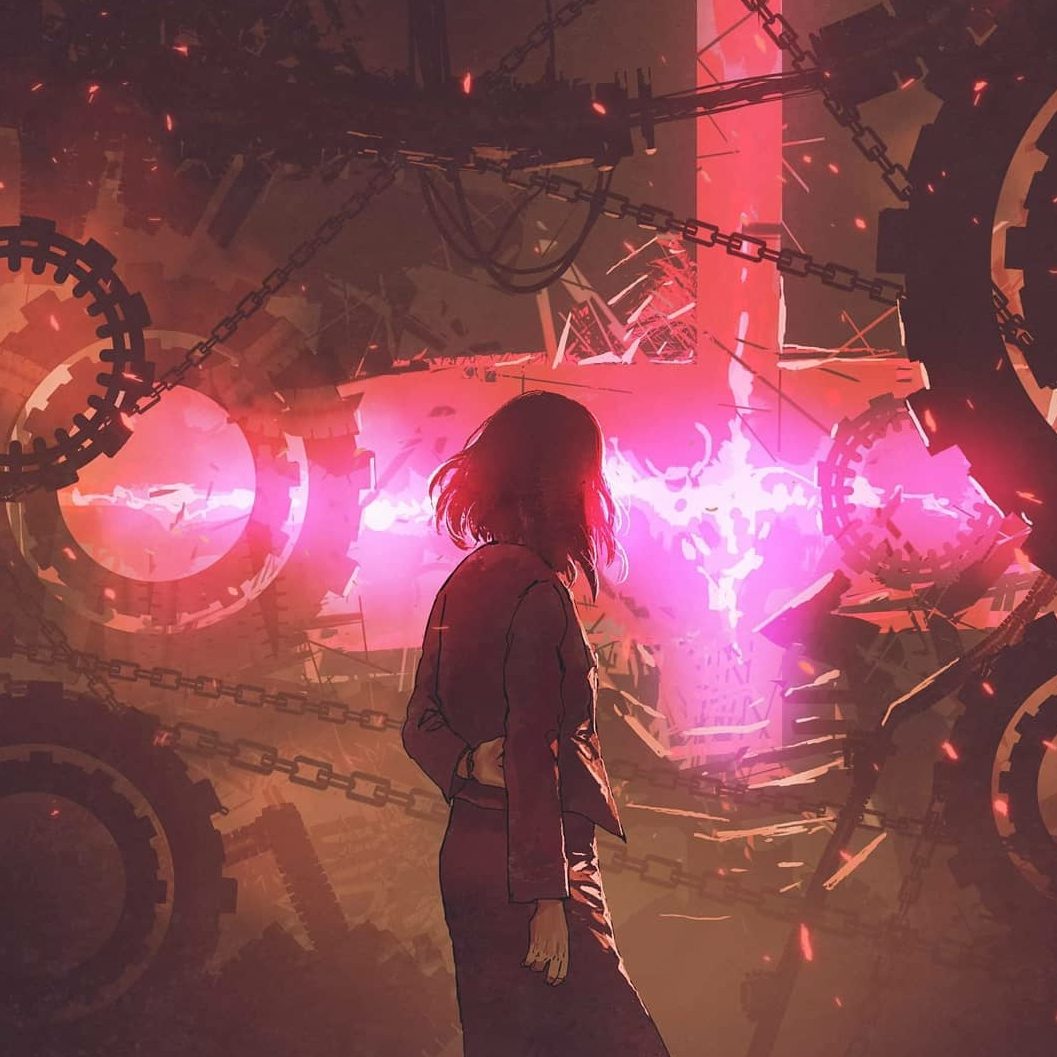 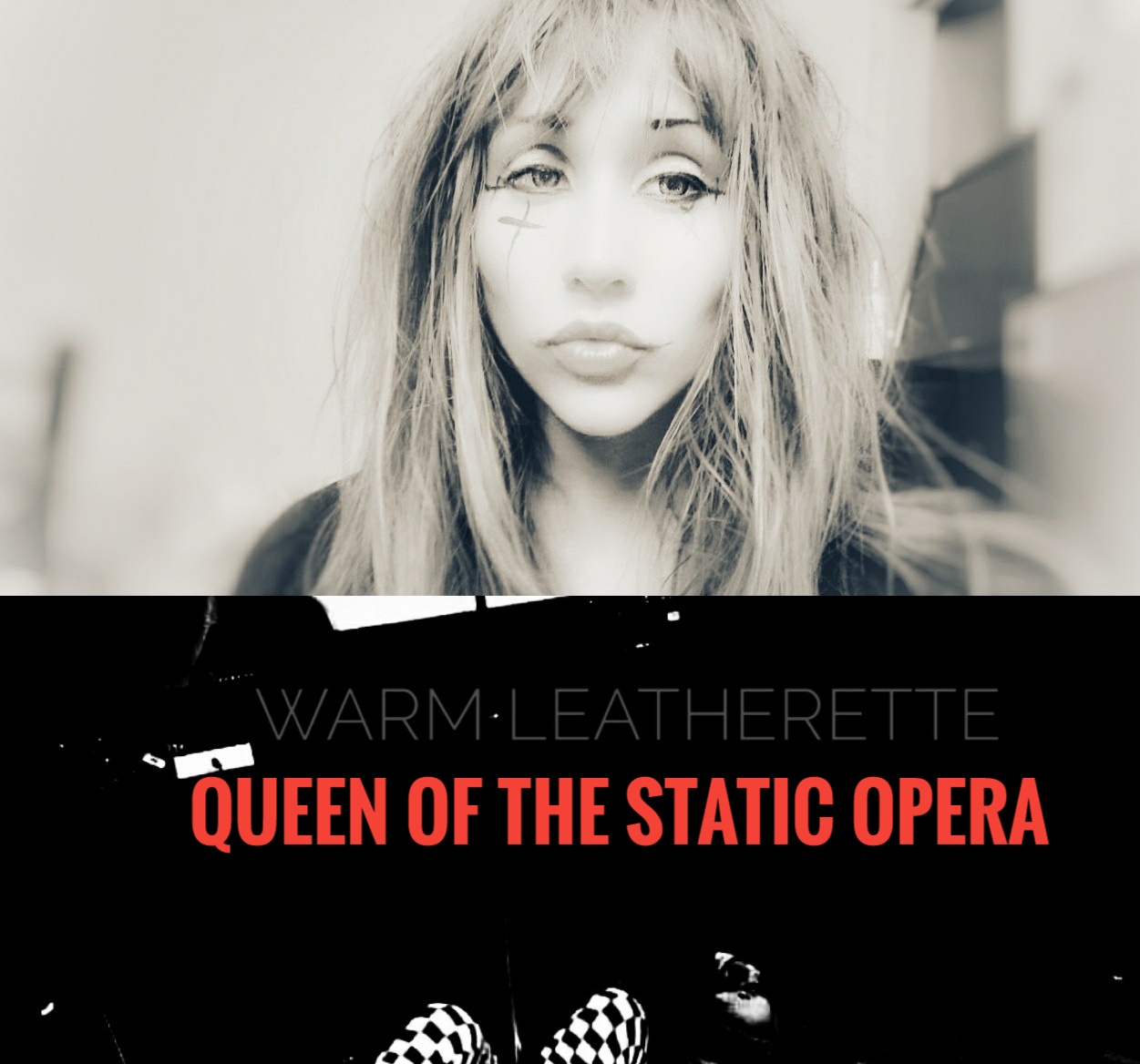