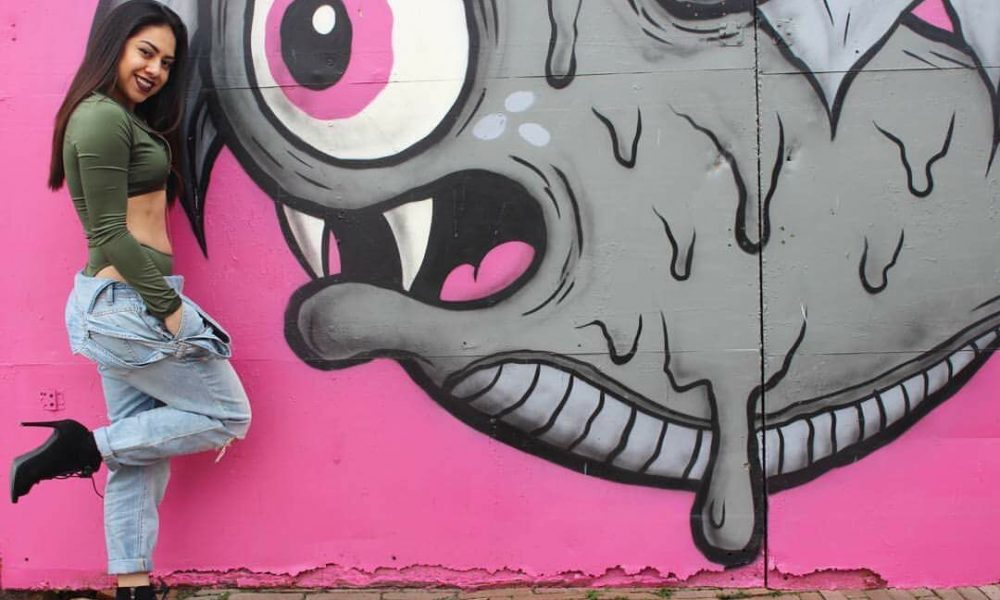 Today we’d like to introduce you to Melanie Hidalgo-Cruz.

Melanie, can you briefly walk us through your story – how you started and how you got to where you are today.
I am originally from Edmonton, Alberta, CA located in the middle of the country. Usually, not many people know about this city since it does not carry the rep that Toronto or Vancouver does, thus why my story carries so many obstacles and amazing experiences!

I come from a low income family. My parents only had money to put me through school, put clothes on my back, put food on the table and a roof over my head. So never really had the money to put me into extracurricular activities unless the money was coming out of my pocket to pay for those things. I have always been into the performing arts, playing sports and anything artsy you could think of. At a young age, I wanted to start doing hip hop dancing, but my mom never let me. I believe it was mainly because she was scared I wouldn’t be able to support myself if I got too involved in it or wanted to make a career out of it. So instead, we had a local friend teaching Flamenco (A cultural dance from Spain) who was willing to give my mom an excellent rate to put me in for training. I wasn’t extremely fond of the idea, but since she was ready to pay, I did it. I ended up doing Flamenco for about six years until I decided I was not happy doing it anymore.

Finally, when I was 16 years old, my friend wanted to bring me to an open hip hop class that was happening at a studio called Variations back in Edmonton. From that day on, I never stopped dancing. I did a year at the studio in a competitive class. and soon after that, I slowly started meeting new dancers in the hip hop community. Working super hard, People started to notice me in the city. I then met a man that soon was to change a lot for me in my career, Alexander Chung. I was 17 years old when he asked me to join a group he started to put together called NXG Company. I was the second youngest in the company at the time, filled with so much excitement and ready to train. Soon after dancing with them for my first year, He decided to open a studio called “The Kore Dance Studio” which is one of the most prestigious choreography studios in Edmonton for urban movement. Alexander saw so much potential in me. He offered me a teaching slot. I then went on to teach for five years in Edmonton and also traveled around to different cities such as Vancouver, Calgary and even Los Angeles to teach.

While I was in NXG, we competed and won at various national and international competitions known world wide, such as “World Of Dance,” “Hip Hop International,” “Artists Emerge,” “Represent” and even “Choreographers Cup.” He also started to bring down many well known choreographers to teach us at the studio during the time I was in Edmonton. Choreographers such as Cj Salvador, Laurence Kaiwai, Andye J, Keoni Madrid, Kolanie Marks, J Blaze and many more. With me meeting many of these choreographers, I started to network more connections for when I started to travel to LA myself. Since I was 21 years old I have been travelling to LA by myself to train under many well known teachers and at many prestigious studios such as Debbie Reynolds, Movement Lifestyle, Millenium Dance Complex and so on.

When I turned 22 years old, I was asked to join one of the biggest companies known in the dance industry in LA, IMMABEAST with direction from Willdabeast and Janelle Ginestra. I was chosen to be apart of the company out of 600 auditionees who auditioned to join. only 30 were selected in total. Plus 5 out of 30 people did not have to audition… I was one of the 5. So you can imagine how excited and blessed I felt!

Soon enough, when I turned 23, the next biggest thing happened to me. One of the biggest artists in the world was going on her world tour. Janet Jackson herself. She was doing a stop during her Canadian leg of the tour is only three cities. Edmonton, Toronto and Vancouver. In Edmonton, out of 300 people who came to audition, she only took ten dancers apart from her original back up dancers. I was one of them. I cried myself to sleep that night in complete happiness. We performed in front of over 10 000 people at the Rogers Arena. Not to mention one of the backup dancers was one of our students from our studio, Taylor Hatala. After our performance, we couldn’t stop crying while thousands of people cheered for us and clapped for us. Was one of the best feelings I will ever experience. A couple of other things I have had the privilege of doing is World of Dance Philippines, A couple of Netflix series and movies!

Since that moment, I realized I wanted to move to Los Angeles. I wanted to work and be with some of the most well known dancers in the world. I wanted to learn and be the best version of myself. I have been traveling to LA every two-three months for the past four years to continue my training and to meet and network as much as I can. So I moved to Toronto and Vancouver to start my process with my O1 Visa. It has been an obstacle, but so worth it! Excited what 2020 will bring me on my journey. (:

We’re always bombarded by how great it is to pursue your passion, etc – but we’ve spoken with enough people to know that it’s not always easy. Overall, would you say things have been easy for you?
It has not been smooth. From moving from city to city trying to book as much industry work as possible to just simply being in a different city every time does take a toll on your well being. Sometimes you want to be settled in and be in a place for a period of time in your life. Performers life is AMAZING, but also so difficult. One day you are on set in another city and then the next day, you are trying to find more work to keep your income consistent.

Having to apply for my Visa meant I had to move away from my hometown to book more work. Unfortunately, there isn’t enough Industry work in my city so I had to go looking for it in the bigger cities. Thankfully I have been doing well these past couples of months, but the beginning was tough. I am having to show face consistently in auditions, not many producers knowing your face. It was definitely a hard intro to booking work but eventually became a little easier. Knowing how to work around my look, and what people were looking for.

Also, because work isn’t always consistent, it is hard sometimes to keep finances steady, so you have to be extremely smart with saving and what you are putting your money towards.

We’d love to hear more about your work.
I am an entrepreneur I like to think. I am a professional dancer, a free-lance artist. No, I do not have a company, BUT I have built my name around Canada so people could know who I am and what I do. All my networking has helped me out so much with that. As an artist, you need to promote your work, your choreography, your name, what you do, or it is hard to keep relevant in the industry.

I am known for being a strong female dancer in Canada. I take pride in standing for many females in the country as an artist. Thus why I have slowly been able to build my face and name in LA as well.

I know many people will say the same thing, but my work ethic, motivation, drive and I am also one of the only Latina Hip Hop dancers in Canada. Its a tiny community for latinos in Canada within the Hip Hop scene, so I am happy to stand for my ethinicity!

I am also wanting to one day work closely with children and putting my love for the arts together with less fortunate youths at risk! Still have a lot to work on with my future goals! Just working on them one at a time!

What were you like growing up?
Like I said in the beginning, I am super into anything artsy. Drama, art/drawing/painting, singing, playing instruments, and also even love sports too. I just got so involved with the arts. I slightly put games to the side. I am an extreme social butterfly. I am not scared to speak to people and open up. I genuinely love human connection and building relationships with others — Thats one thing about me thats huge. Try to have a big heart, give the best energy I can for others, and always pushing not just myself but others around me. 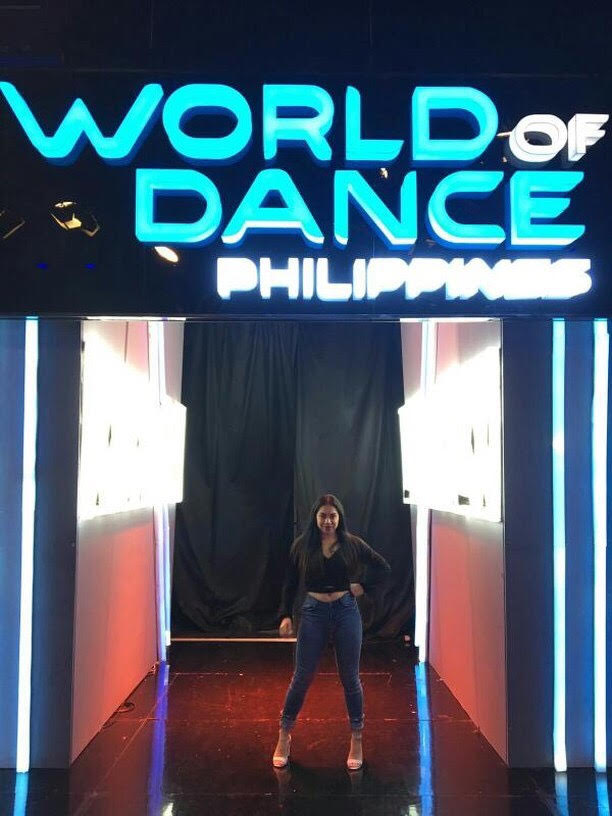 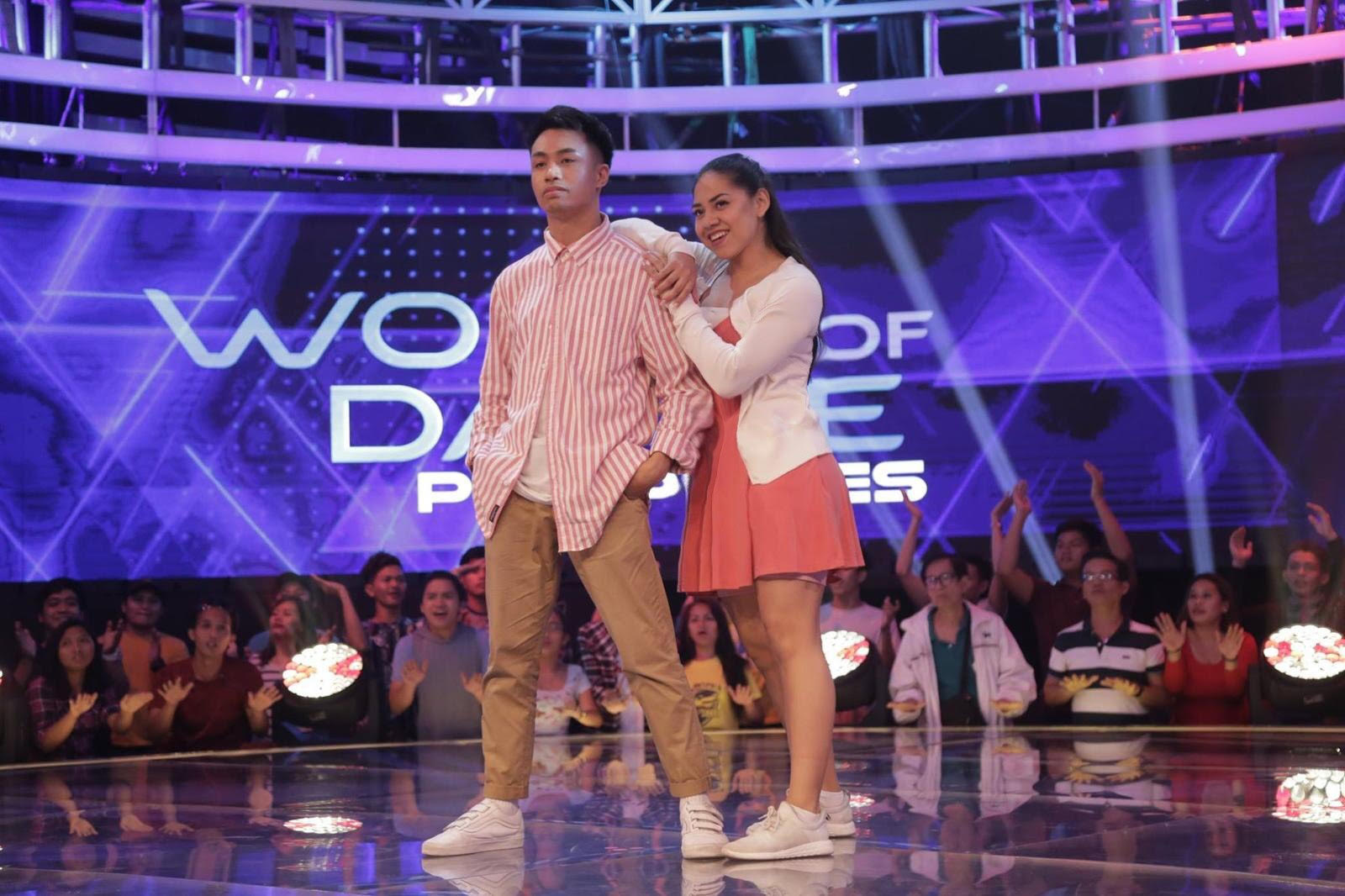 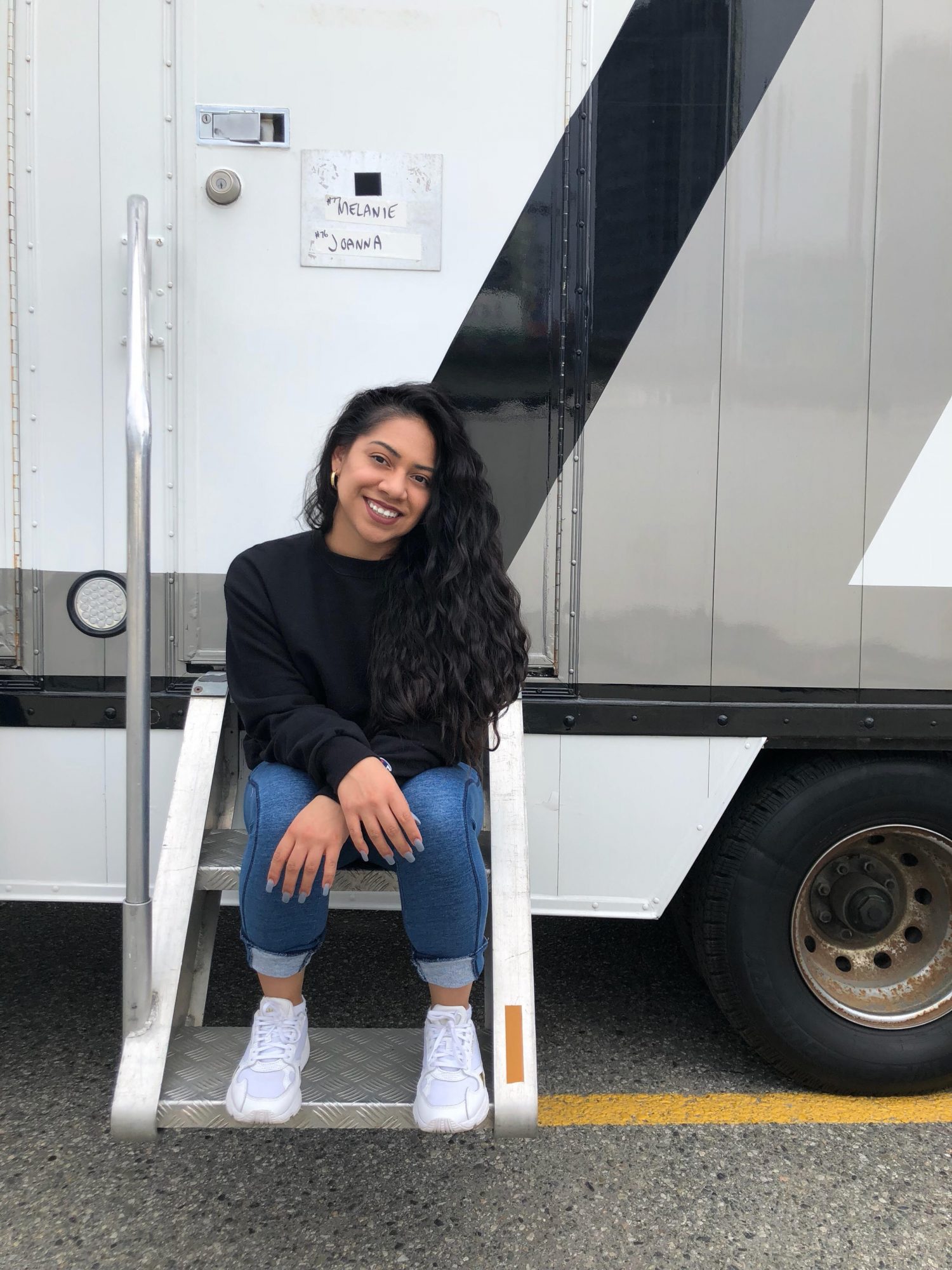 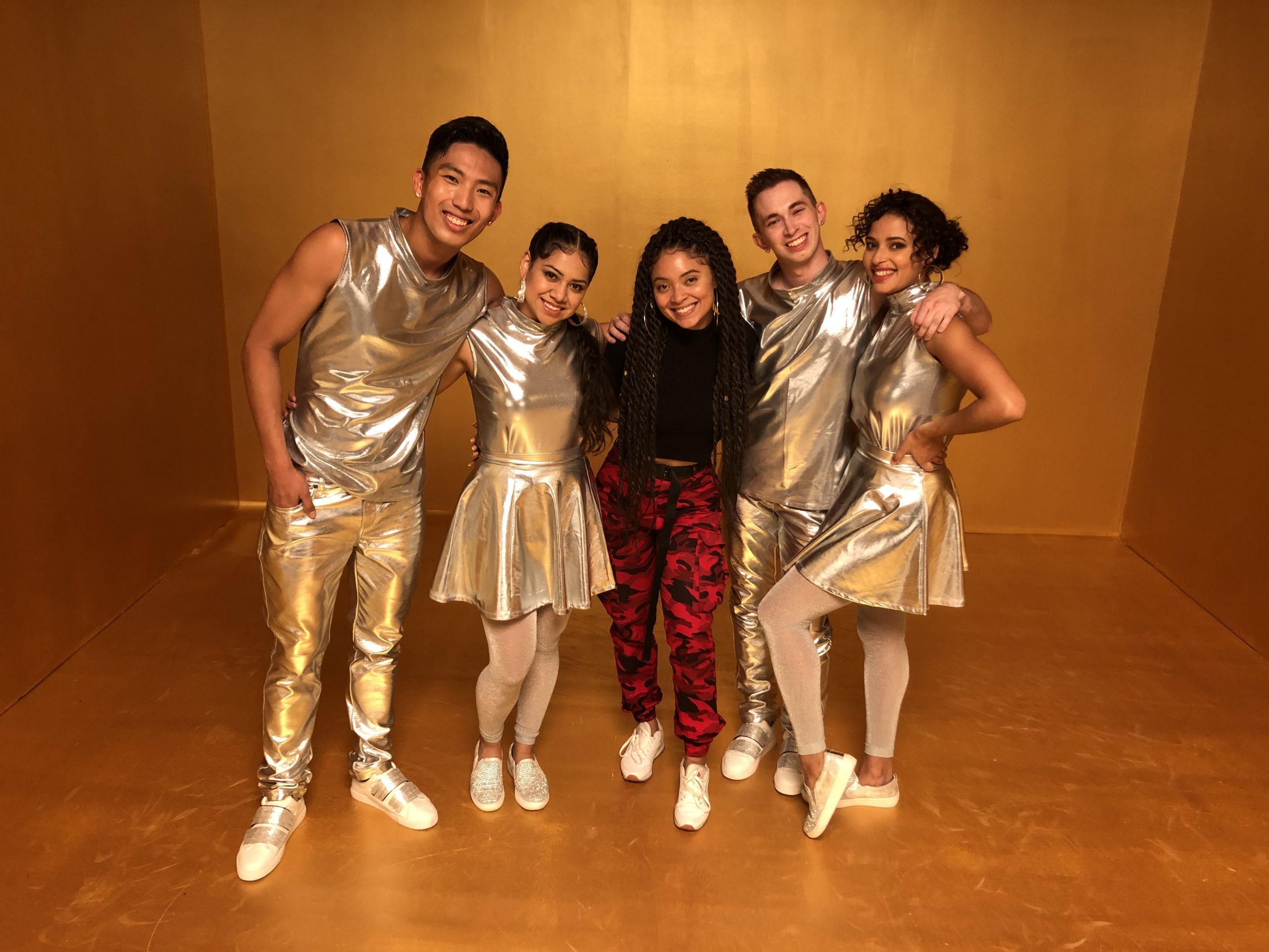