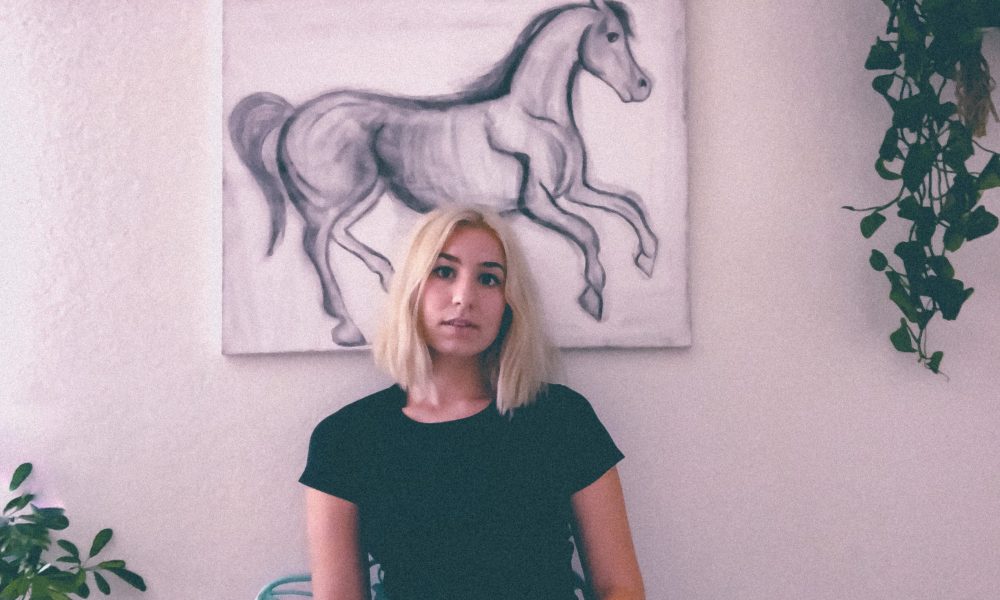 Today we’d like to introduce you to Melanie Anne.

Thanks for sharing your story with us Melanie. So, let’s start at the beginning and we can move on from there.
I come from a large family, I’m the youngest of eight, so there has always been space for me to play pretend. I knew from a young age that I wanted to be an actor, but I never knew how to get there. My family was very strict and was very set on me attending the same high school that all my siblings did. But by the time I got there, their theater department was completely diminished and I was so unhappy. I finally got my parents to let me transfer to a high school with a theater program. At this point, I had no experience and I never made it into one of their main stage plays.

Thankfully, because it was during this time that I discovered Central Touring Theater and was finally able to be on stage creating with fellow poets, writers, and artists. This was not an ordinary theater program. It was (and still is) run by Jan Mandell and the basis of the program is high schoolers writing their own stories and putting them up in schools, juvenile detention centers, teaching workshops, etc. around the state of Minnesota. This was my first real experience with creating my own work and I had no idea at the time that it was going to serve me for the rest of my life. This is where I learned to write poetry and where I was able to collaborate with other storytellers.

After graduation, I moved as quickly as I could to Los Angeles to start pursuing acting-full-steam-ahead-no plan B. I did my undergrad at Whittier College where I wrote my first one-woman show based on the life of Marilyn Monroe. After graduation, I was accepted into the Art of Acting studio where we were assigned to write a thirty-minute solo show. At this point, I’d been writing my own work for a few years now and although I was intimidated by the assignment, my mind was spinning with ideas. I decided to delve into the world of Warhol and the Factory as I began doing character work for Edie Sedgwick. I knew I was hooked. In January of 2016, I debuted the first rendition of “Nothing Special” and I haven’t stopped since.

We’re always bombarded by how great it is to pursue your passion, etc – but we’ve spoken with enough people to know that it’s not always easy. Overall, would you say things have been easy for you?
This is a difficult question as I’m sure my answer would change based on the day or week I am having. Some days it feels like everything is coming together like magic and other days it feels like I’m forcing everything to work. After graduation, I knew I had to keep developing this story but I wasn’t entirely sure how. It started by finding friends who were interested in helping me continue this process. A director, some money, a theater. A few months after graduation I was able to secure these, but there are a million little things that come up as you produce something and it’s a continual battle.

My first time as a producer was in 2016 when we did this show at VS. Theatre in Los Angeles. I was excited about the acting but I knew nothing about ticket sales and marketing. There’s a team behind every show, and a solo show is no different. I’ve been surrounded by amazing friends who lift me up and help me out at every turn. So even when things are not going smoothly, I’m always met with so much love and support. I remember when I wanted to take this show to New York for the first time. It was 2017 and I thought, “there’s no better place to do this than the city where it all takes place.” I was determined to get it there but had only been to NYC once, had very little friends there and no idea where to start in terms of a venue.

So, I called on every favor I could. I reached out to people I hadn’t spoken to in years. I reached out to old teachers, classmates, strangers. I googled theaters and then called them asking if they had room for a 40-minute one-woman show. I believe over the course of two weeks I called over 60 venues in New York. Finally, after I had already booked my ticket (it’s the Aries in me) and was just over a week away from my trip, I found a venue. A tiny gallery space with all white walls. I had a week to promote the show and we sold out! From there we got a residency at the historic bar Three Clubs in Los Angeles and we’ve gone back to NYC for another full weekend run, and now we’re expanding the show to be a fully immersive theater piece. Every show I am met with struggles as it changes with every venue we bring it to. I wish I could say that I’m getting used to mounting this piece, but every time it’s completely different.

I’m thankful for that. I think in all the struggles, as cheesy at it sounds, the overarching lesson I’ve learned is to keep going. Every time I remount this piece I worry that audiences are over it, there’s no more story to tell, I should just move on, etc. But then magically everything comes together, and I read the script and discover something I didn’t understand yet and I learn something new about myself and I’m reminded that simply telling the story is important. I don’t have to do anything more than that. I doubt myself constantly, but then I look back on the history of the show and it’s a good reminder that the struggles are only temporary and the rewards greatly outweigh them.

Tell us more about your work.
I would like to be known as “The Warhol Girl”… Can we get that started here? I’m fascinated by Warhol’s cultural impact on society. I believe he’s the reason our society is functioning the way that it currently is. As a society, we are obsessed with celebrities and social media. Instagram, Youtube, Vine, Facebook, etc are our 15 Minutes of Fame. Everyone is world-famous in their own world. How crazy is that? I love the title of this piece, Nothing Special. It comes from an autobiography Warhol wrote in which he says his “great unfulfilled ambition in life is not having his own TV show. I would call it “Nothing Special”. I wanted to explore this phrase as what is so culturally significant to us right now, lives in the everyday. We love seeing what people are doing at every minute even if it’s the most mundane thing in the world. Isn’t that why Twitter was created?

I want to continue writing stories that explore our societal history and shed light on our society at the present. I think I’m most proud of this piece because every time I do it I get audiences afterward who are wanting to do more research into this world and are starting to look back on history to give context to the now. I love starting the dialogue and I hope that as we expand this show the dialogues continue to grow and expand as well. One thing I’m really proud of is that we have always and continue to play all our music on actual record players with real records from that time period. It’s important to me to be as accurate as I can as we recreate the crazy world of the Factory and having the music straight from the Vinyls continues to be one of my favorite parts. Right now I don’t know many artists who are exploring Warhol’s Factory or his cultural significance so I’m happy to be bringing these stories to the stage, as an immersive piece, and eventually to film.

Has luck played a meaningful role in your life and business?
Luck is everything. I mean, I work hard, yes, but I’ve been extremely lucky. I’ve been surrounded by such amazing people to learn from and who are constantly encouraging my growth. I recently heard an artist speak about surrounding yourself with “Why not?” people vs “Why” people and it clicked for me that everyone in my life is a “Why not” person. They are always so willing to help me with any weird task I ask of them (last night I had my roommate drawing obscene pictures on Aluminum foil for our pop up event).

I never imagined a world in which I could travel with this show, mounting it in different cities across the country and finding audiences everywhere we go. I never imagined people from Warhol’s world would find me and tell me about him and the Factory over a cup of coffee. When I found the venue for our pop up event I discovered there was a man working there who was with Warhol the night before he died. There is no other explanation for me meeting all these people who want to continue seeing this theater made than divine luck. This show has connected me with amazing musicians and industry professionals who not only inspire me but also want to create with me. There is nothing luckier in life than that. 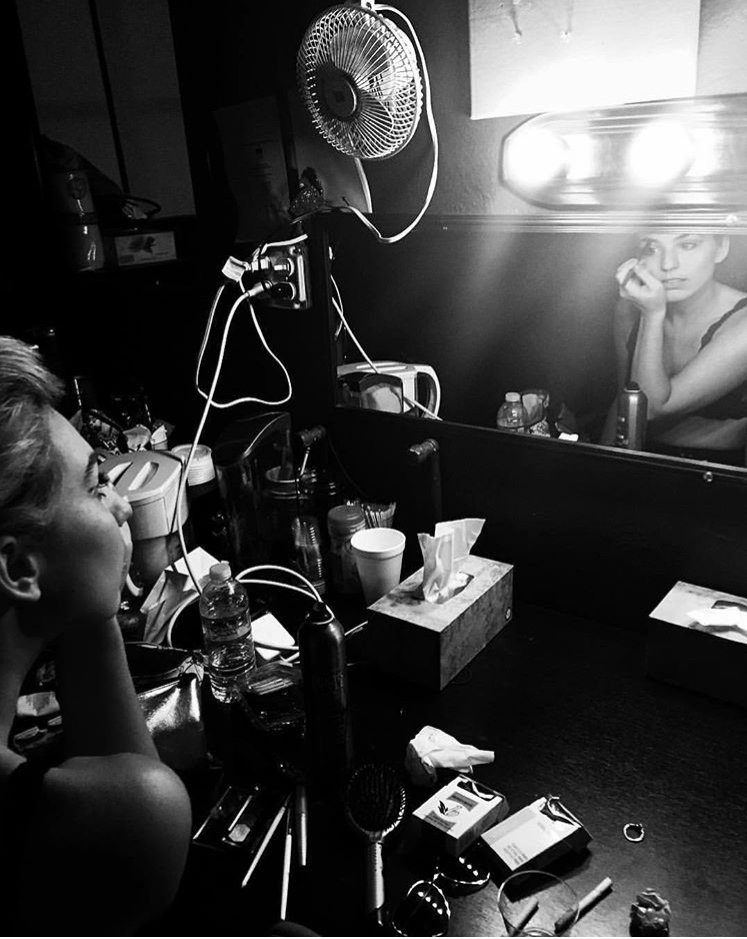 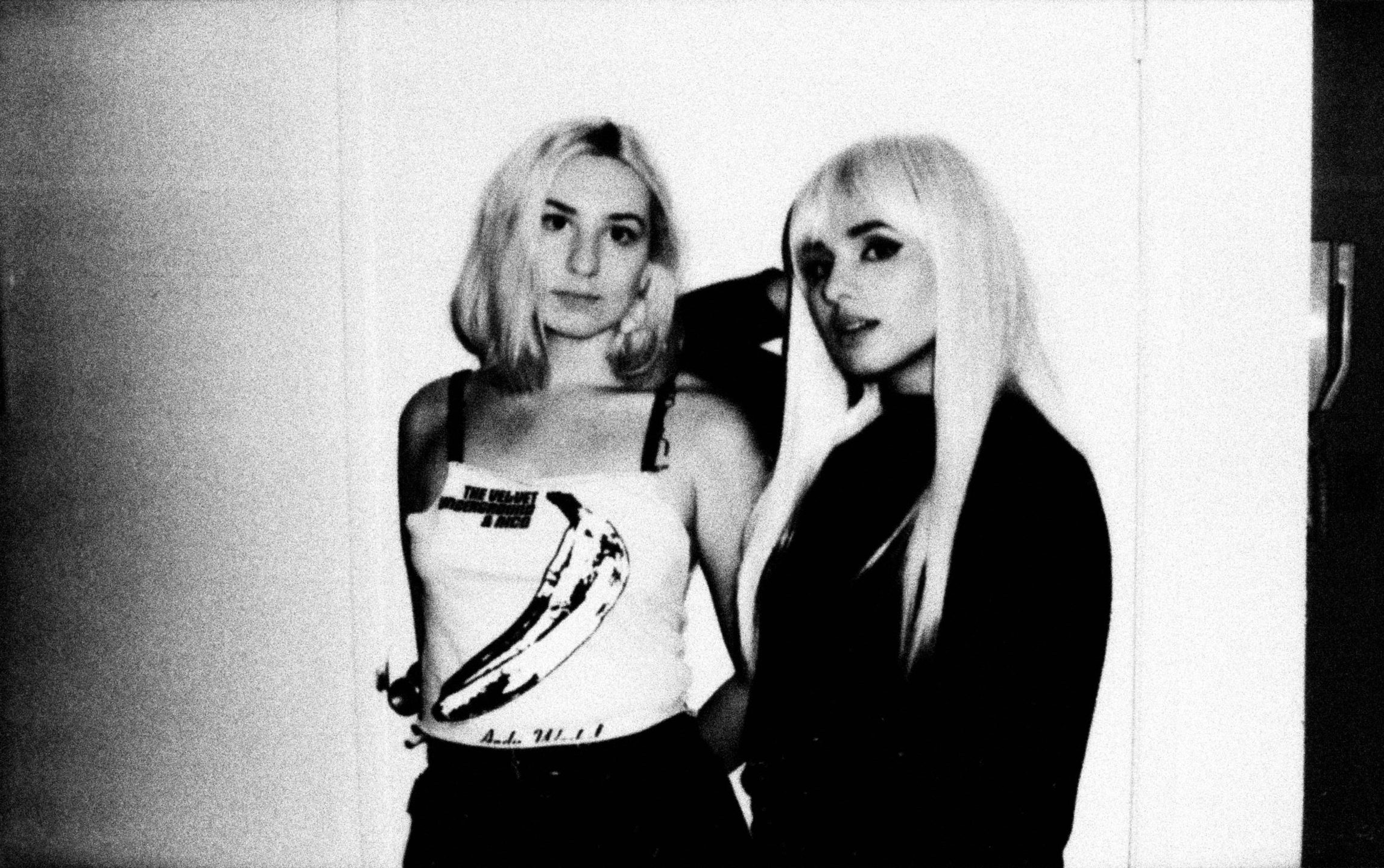 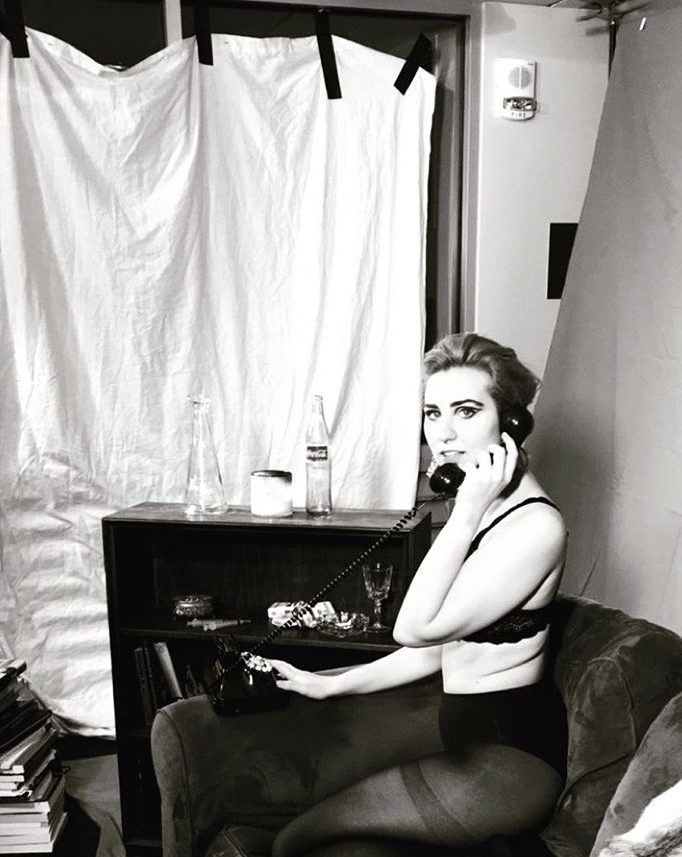 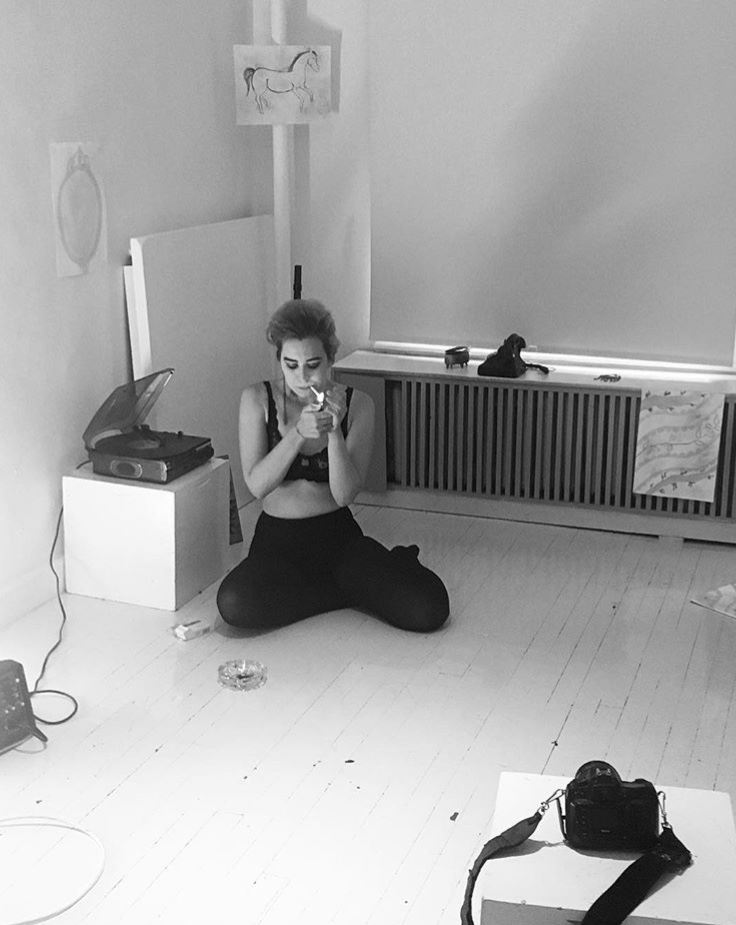 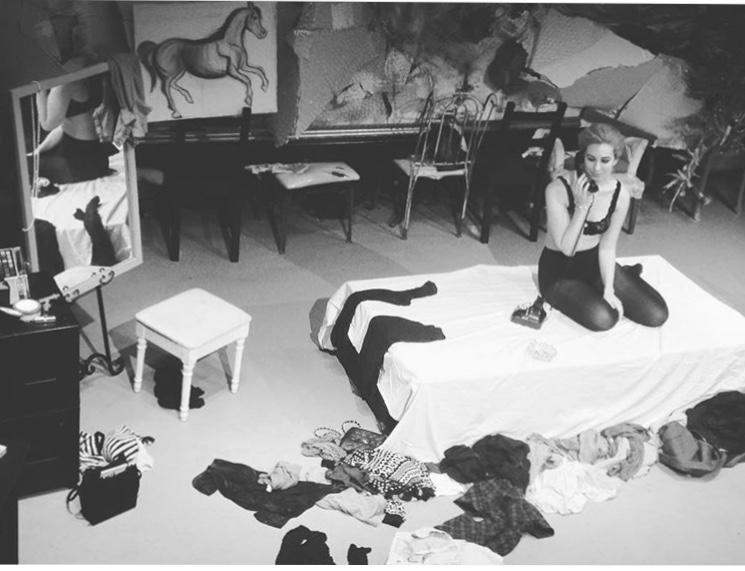 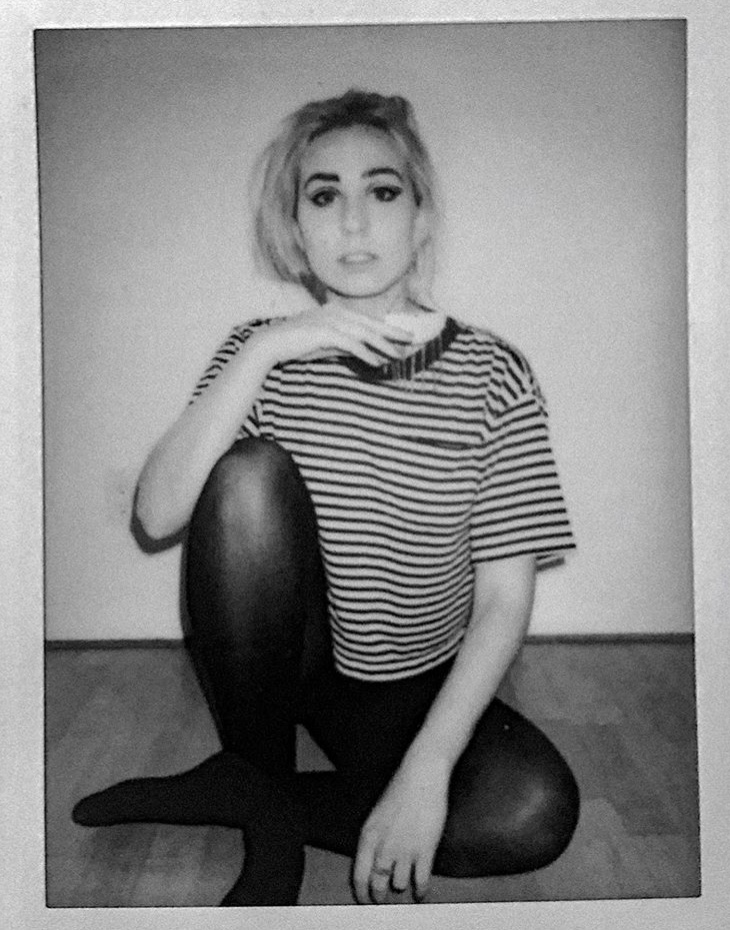 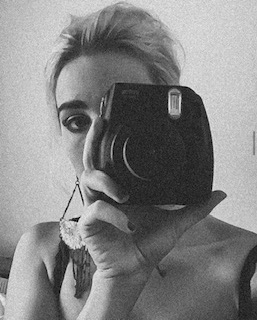 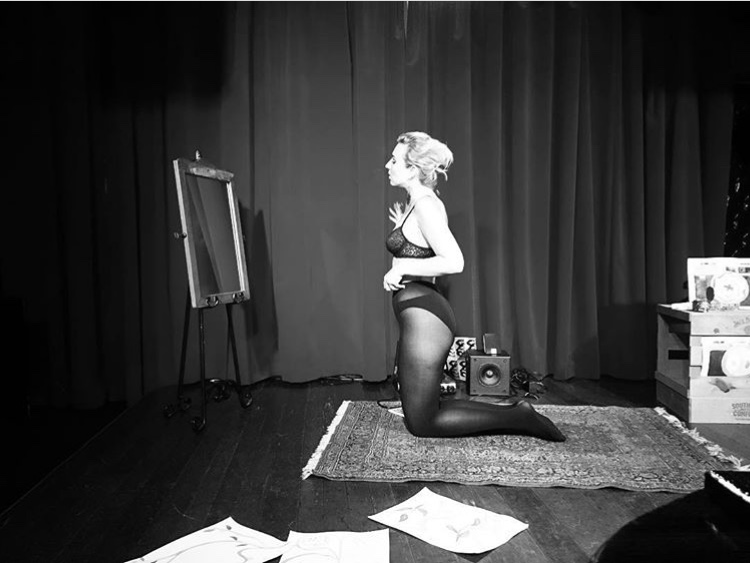