Meet Mel Mah of YOU GOT THIS, GIRL! in Downtown LA 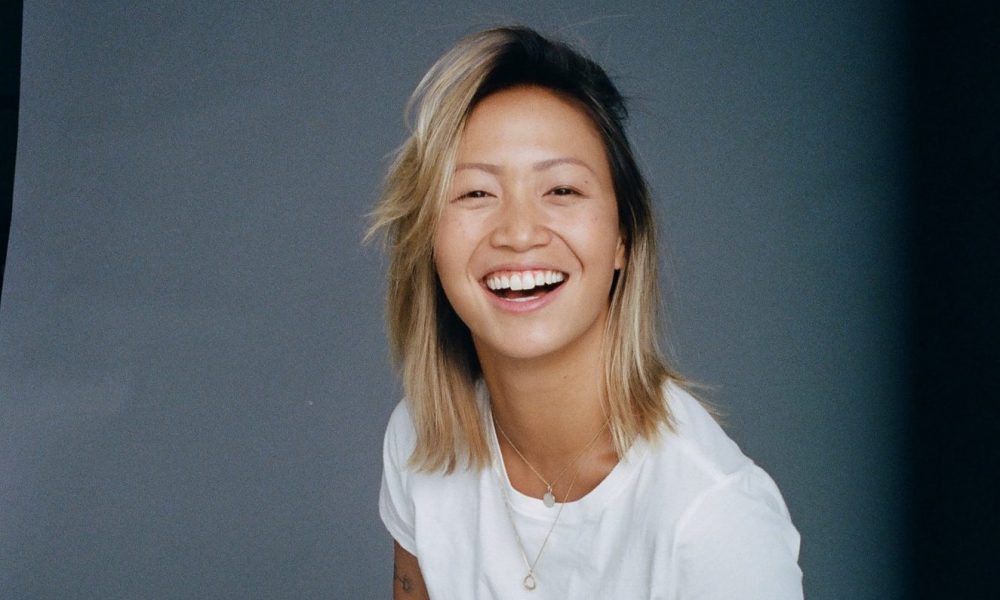 Today we’d like to introduce you to Mel Mah.

Thanks for sharing your story with us Mel. So, let’s start at the beginning and we can move on from there.
I’m originally from Toronto (Canadian gal always and forever), and I moved to Los Angeles in 2011 to pursue a professional dance career. I’m so grateful for my time in dance as I got to work with artists such as Janet Jackson, Justin Bieber, Katy Perry, Britney Spears, and Nicki Minaj. Basically… it was the time of my life. But, there was a part of me that felt unfulfilled. I craved an avenue where I could use my voice more and take higher roles of leadership. I started teaching yoga and meditation in 2012, which really helped me discover my voice creatively. I began to have visions of different stories and felt really compelled to explore visual storytelling through film while I was still dancing. Eventually, I realized I’d found a new passion. I’m now driven to pursue directing narrative feature films as a way of spreading more healing energy to the world.

So amidst the filmmaking hustle, I also own a women’s empowerment company. I funnel my passion for yoga and meditation into YOU GOT THIS, GIRL! because I truly believe that if we want to heal the gender disparities we see in well almost every industry, we must train the next generation to cultivate confidence, courage, positive mental attitudes, and mindfulness. And this is what we do. This is my passion project and I teach workshops, host events, and run coaching programs for women through my company.

Finally, I teach yoga and meditation at different studios and companies in LA. It sounds absolutely psychotic when I try to tell “my story” and it sounds like I do a billion things at once. But to be honest, I feel incredibly balanced through it all. I’ve realized that living the life of the slash (meaning I do this/this/this/and that) is who I’m meant to be. I love being able to bounce from different roles because it keeps my ideas fresh and it prevents me from ever feeling stuck or bored. I’m constantly inspired and the urge to create is persistent within me.

I also truly believe that the way you do one thing is the way you do everything, meaning that my skill sets and knowledge in one field can absolutely contribute to a whole other industry. I learn so much about directing films as I teach a room full of young women how to meditate. I learn so much about yoga and meditation by guiding an actor to reach their most authentic self within the world of a specific character. It’s my belief that the more we throw ourselves at life and follow everything and anything that sets our souls on fire… the closer we get towards living our highest purpose and being able to positively impact the world around us.

And… make sure you have a stellar color-coded calendar to assist you.

I think there MUST be struggles along the way in order to really elevate your level of understanding in anything. In order to master a craft, you have to confront friction and challenges because that discomfort IS what expands you and launches you into the next level of being.

It’s 100% the definition of the statement: GREAT THINGS DON’T COME FROM COMFORT ZONES.

You must stretch beyond what feels comfortable and take risks in order to manifest your desires.

So to fully answer this question… it has absolutely NOT been a smooth road, and I cherish all of the difficulties with every bit of my heart. I’ve really learned to take every setback, rejection, and failure as opportunities to be better and grow. If you’re focused on the journey more than the result, you’ll always get to the top of the mountain and achieve what you want. And I also think you’ll give up on your dreams a lot sooner if you expect the road ahead to be smooth.

One of the biggest struggles I’ve encountered recently was experiencing imposter syndrome when I transitioned from dance into filmmaking. I went from the top of one industry to the bottom of another. It felt wild to be on my first studio film set, but I also felt like I didn’t belong. During that time, I lost a lot of my “friends” from the dance industry because I realized that some people were only friends out of convenience or friends who didn’t know what to talk about with me once I wasn’t in their industry. It felt like I had been ripped out of the skin I grew comfortable in and was planted in a whole different skin so nobody recognized me, not even myself.

I had to get very comfortable with being uncomfortable in the first few years of my transition. But now… I’m so grateful I stuck it out. Imposter syndrome is maybe a sign that we really are taking the right leaps for ourselves and jumping off the deep end into a sea of uncertainty… which I think is always rewarded by the Universe in the end.

So, as you know, we’re impressed with YOU GOT THIS, GIRL! – tell our readers more, for example what you’re most proud of as a company and what sets you apart from others.
I love my company YOU GOT THIS, GIRL!. We are a TEAM of badass women who believe in other women. We use YOGA, MOVEMENT, and MEDITATION to teach other ladies how to manifest their goals, cultivate positive mental attitudes, and live their best lives. When I saw my #1 dance dream come true (touring for Janet Jackson in 2015), I was determined to teach others how to make their dreams come to reality. I knew I wasn’t special by any means… I had just followed (unknowingly) specific steps. So now, I’m dedicated to teaching those steps to women everywhere.

The most in-depth program that I offer is MINDFUL MANIFESTATION (www.mindfulmanifestation.org), which is a YGTG online course that I launched this year. It’s an 8-week program with only ten women per session where we work from the inside out to manifest your goals. It’s been one of the most rewarding experiences from YGTG because I get to work with women from all around the world for an extended period of time and really dive deep into their personal journeys. It’s been an absolute honor and privilege to create and run this online course so if you’re interested in manifesting more abundance in your life… send me a message!

Finally, my team of girls who work for YGTG makes me so proud. They’re the YGTG army, and they believe in our mission to empower females everywhere. We work from all around the world to make YGTG happen and I could not be more thankful for our community of kind, powerful, and dedicated women.

Let’s touch on your thoughts about our city – what do you like the most and least?
Reasons I love Los Angeles:
– THE BEACH
– So many different yoga offerings
– It’s an incredibly spiritual place
– Hikes and camping
– The food scene is pretty incredible
– How spread out it is (I actually love that I can go to a different neighborhood in LA and feel like I’ve gone on a staycation)

Reasons I dislike Los Angeles:
– Air pollution
– Traffic
– Constant feeling like you need to be hustling or else what does your life even mean?
– Hard to form a community when so many people are constantly traveling for work (including myself)
– It’s much harder for people to commit to plans when public transportation isn’t widely used or accessible 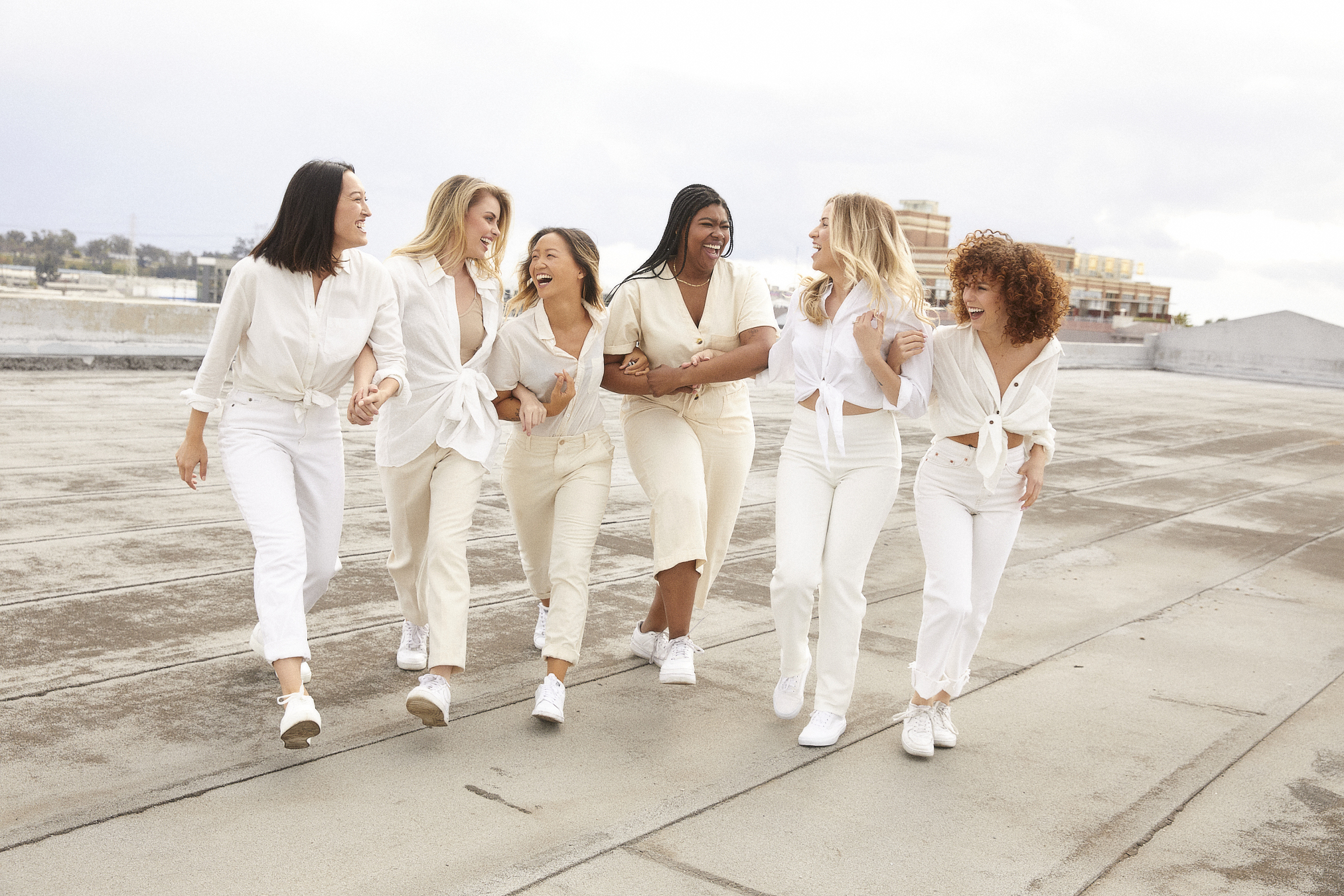 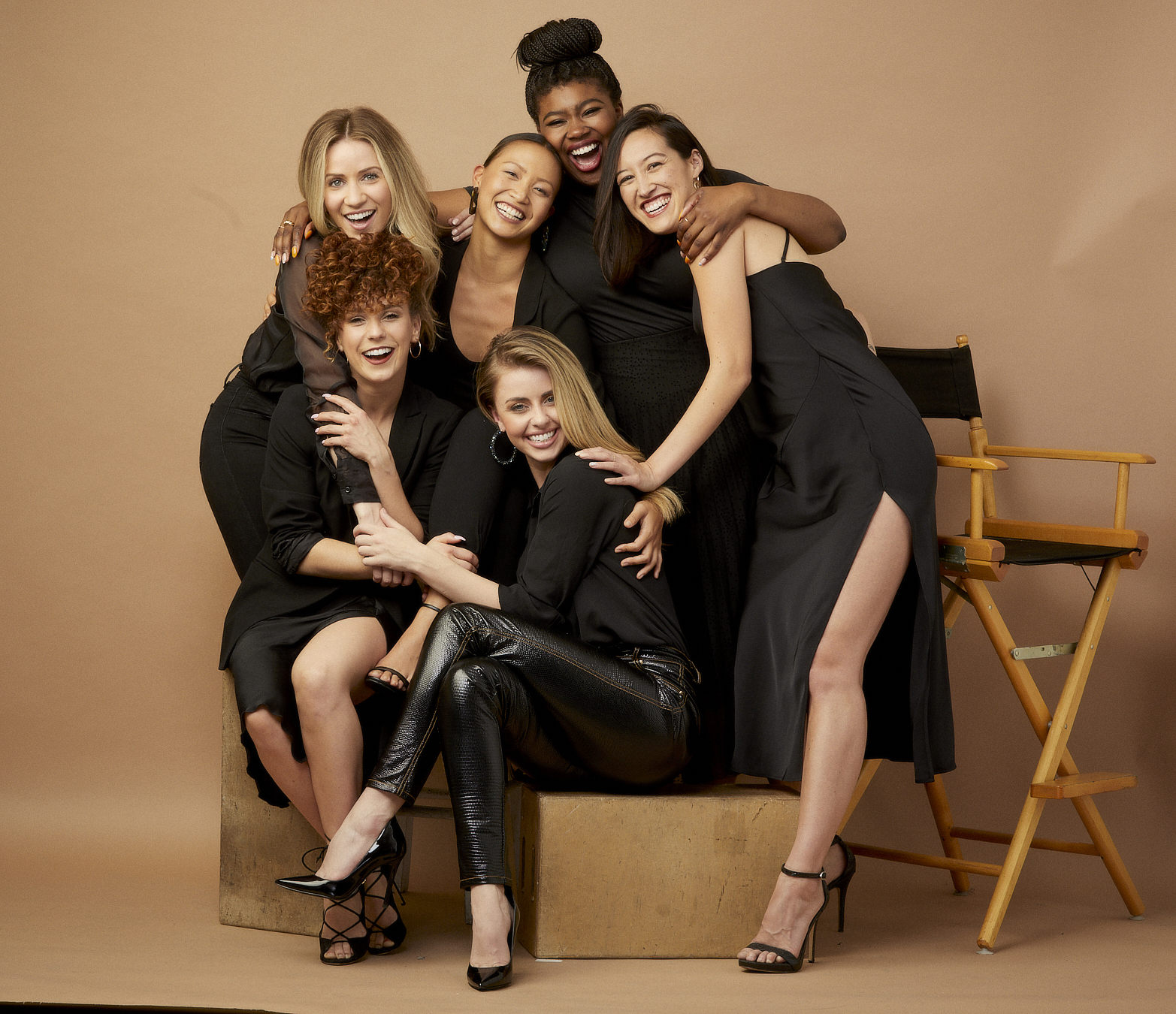 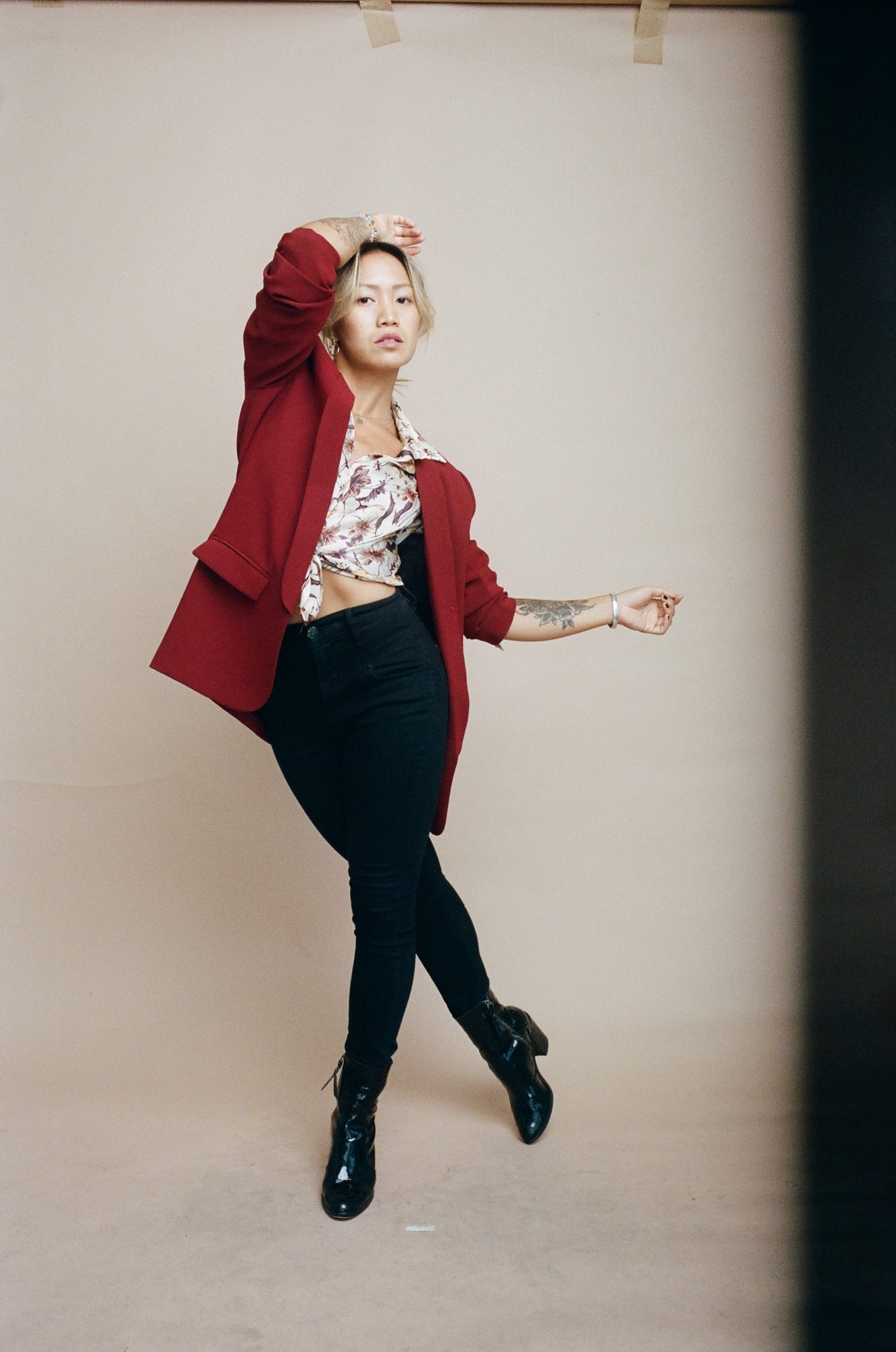 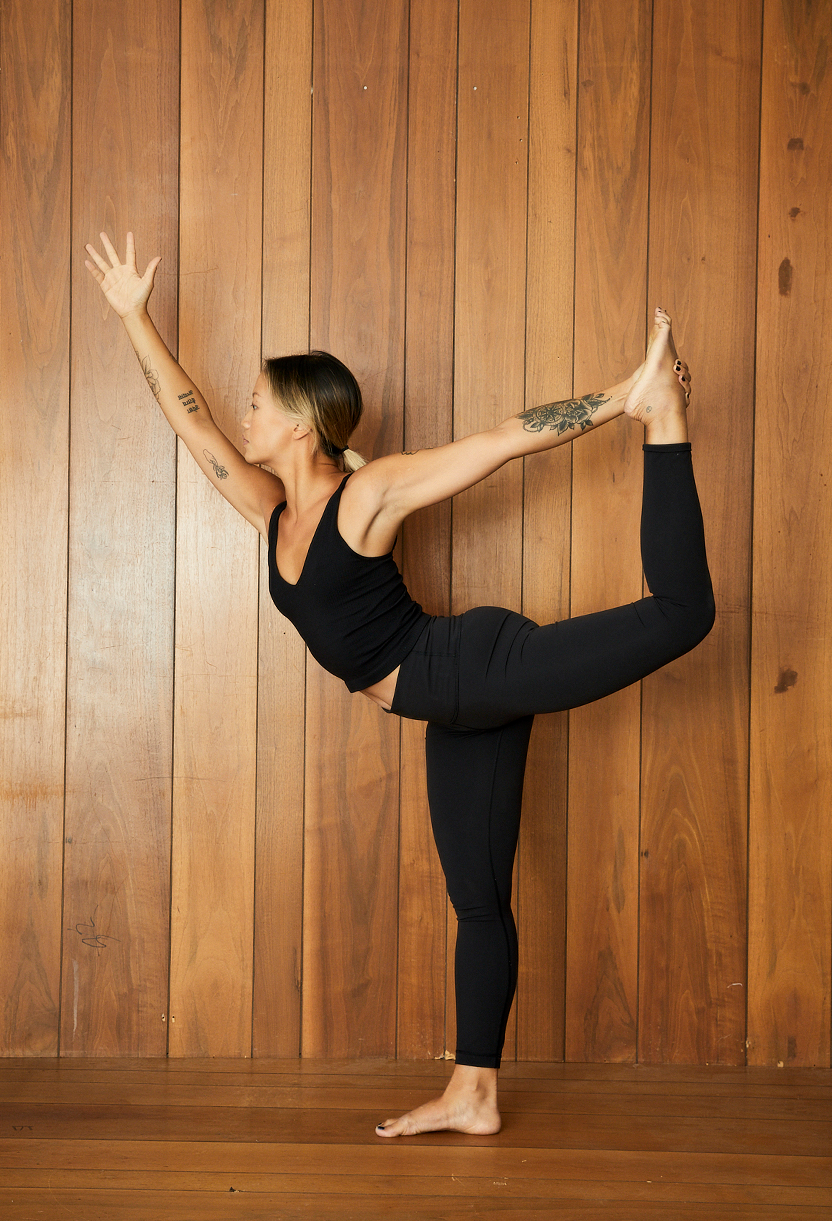 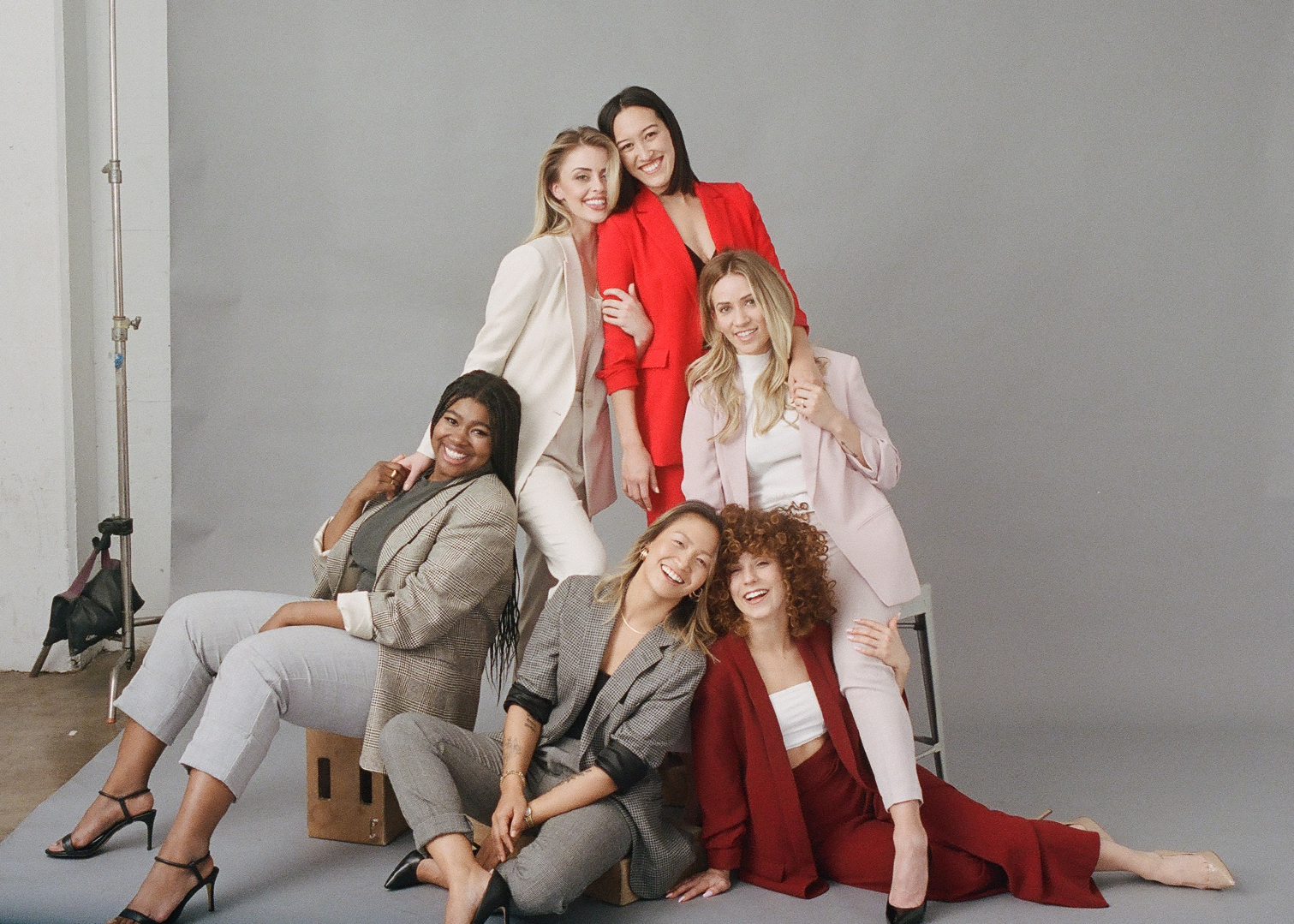