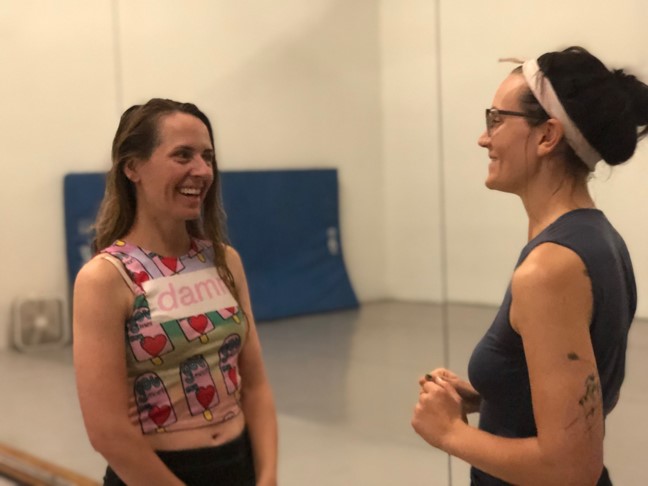 Today we’d like to introduce you to Megan Spatz.

Megan, please share your story with us. How did you get to where you are today?
I started the group at the beginning of 2017. I was feeling creatively and collaboratively unfulfilled. My main work is as a costume designer for film and I was hearing many female artists sharing my feelings of not being utilized in the best way in their collaborative fields. I also was hearing that they, like myself were curious of exploring other roles or mediums but lacked the resources and support to do so.

So I started the collective as a collaborative space for creative exploration. Like hey, you are normally in the costume department but you’ve always been interested in performing? Or you work as a props master but you’re curious about performance art? Or you’ve always wanted to direct, or dance, or do music, etc. I think people need a project to motivate growth, or it at least helps a lot. So the goal was to just make stuff that we wanted to make to explore these parts of ourselves. Low stakes, but also to flex our collaborative muscles. I think a lot of us were missing that collaboration. I can only speak for myself, but lot of times in my field I’ve felt either that I was just doing what someone else told me to, and my own opinions were never seen as valuable, or the opposite and I was just told to do whatever I wanted.

Either way, I was missing the energy of a good collaboration. I like it when intelligent and creative artists get together and feed off of each other. So our first project was called “The Rigor Samsa Series”, and it was a yearlong collaboration of in total almost 25 women. The series is a collection of ten musical videos that when watched in sequence tell a narrative about death, illusion, transformation and personal growth. The videos have been released out of chronological order sporadically throughout the last year, encouraging the viewer to discover the narrative more actively.

Our second project was a live performance art piece called “A Body. Again” and it was devised by four of our members, Lynn Bathke, Dilean Jimenez, Leone Reeves, and Taylor Unwin. It was a five hour continuous performance piece that examined the relationship of the body to awareness, both in the micro and macro sense. The piece began at 1.11pm, and contained five separate one hour long phases, with the last phase beginning at 5.55pm. Our upcoming project is titled “The Secrets of My Skincare Routine” and is an immersive and multidisciplinary performance piece utilizing movement, projection, poetry and body remodeling with clay. It explores the mind-body connection from a feminine perspective, specifically focusing on external and internal stimuli and the micro/macro awareness of the body. It will be performed at the Highways Performance Space on November 16th and 17th of this year.

The performance has been created within the collective by Veronica Amaya, Paige Amicon, Lynn Bathke, Leone Reeves, myself (Megan Spatz) and Taylor Unwin since the beginning of 2018, during which we have held experimental workshops and discussions that explored themes of obsession, distortion and perception, disconnect, illusion and control. Beginning with a loose prompt, the team allowed the performance to come together without a structure or leader, trusting the collaborative process to result in a finished cohesive product.

We’re always bombarded by how great it is to pursue your passion, etc – but we’ve spoken with enough people to know that it’s not always easy. Overall, would you say things have been easy for you?
I mean, it’s never a smooth road when you’re building something from nothing. I think a lot of the struggle comes from the commitment to keeping the environment relaxed and low stakes. I don’t want anyone in the group to end up working on something that they are committed to more from a feeling of obligation than a feeling of passion. So I’ve tried to keep it very open and loose, like if you need to bow out for a couple weeks and handle other things, I want to allow for that. But it does make it difficult when you’re trying to stay on a schedule to get a project completed. Luckily we’ve been able to push through and adjust to allow for that kind of flexibility. Which is a fun challenge because sometimes that will make the creative decisions change, so it’s a game of…how can we now change our execution of this intention given our changing circumstances and resources.

Money is always difficult. We did a successful crowdfunding campaign last year to make our first project, and are getting ready to begin another one for our upcoming “The Secrets of my Skincare Routine”. Because we don’t make products like a commercial creative company, we don’t make too much money from our work. But I think it’s important to keep that creative and collaborative independence, otherwise we’ll just become a smaller version of what we are trying to get a break from.

Don’t get me wrong, I love my craft of costume design. I love working with the people I work with. I think every woman in the group loves her chosen field. Sometimes it’s just nice to have an independent creative practice that is just for passion and fun.

So let’s switch gears a bit and go into The Bastette Group story. Tell us more about the business.
I think what sets us apart is our independence and commitment to flexibility for our members. People can come in and out of the group with no obligation to work on each project, or for the longevity of each project. If you just want to come in at the beginning and be a part of discussions, that’s great. If you want to come in near the end and offer a fresh perspective, that’s also great. We are an open door. I never turn anyone away who is interested in being a part of the team. I usually meet with people first to make sure they understand what we’re about, and the way we try to approach collaborations.

I’m very proud that we’re so open. Any femme identifying person can be a part of our work. You don’t even have to have a creative background, maybe you’ve always just been curious about certain mediums and need a low stakes opportunity to explore.

Has luck played a meaningful role in your life and business?
I’m not into the idea of luck. I think if you listen you’ll see where the opportunities are and are not. I heard many female artists echoing back my own feelings and there was clearly a restless energy. Sometimes all you need is just a path to direct it down. Once I put the idea out into the community, lots of women were game to be a part. And it’s just growing and getting better the more we’re finding out how to navigate this unusual model we’ve created. We all listen to each other, and viewpoints are respected and heard, so of course the more we work together the better our collaboration becomes because there is understanding between us all. 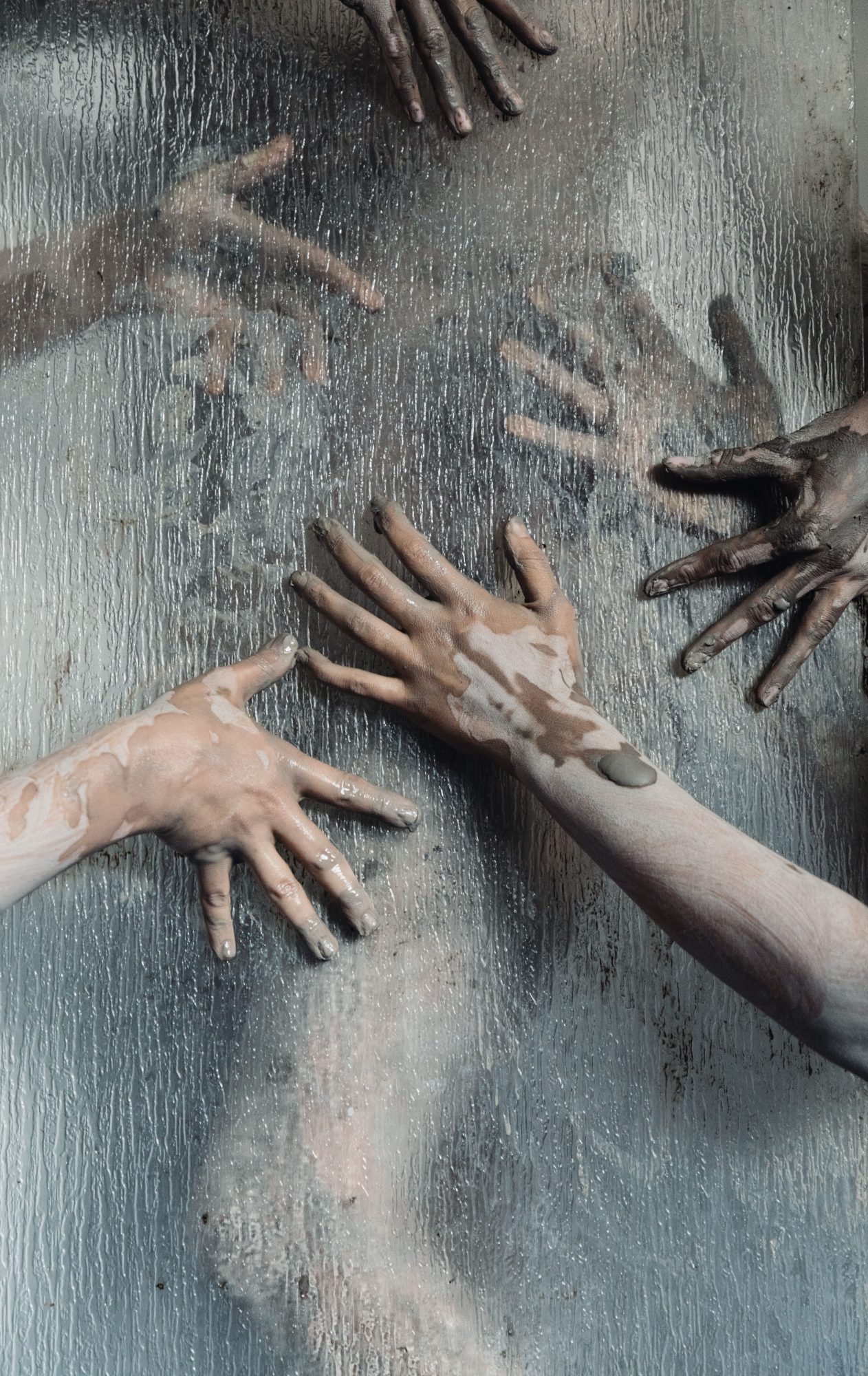 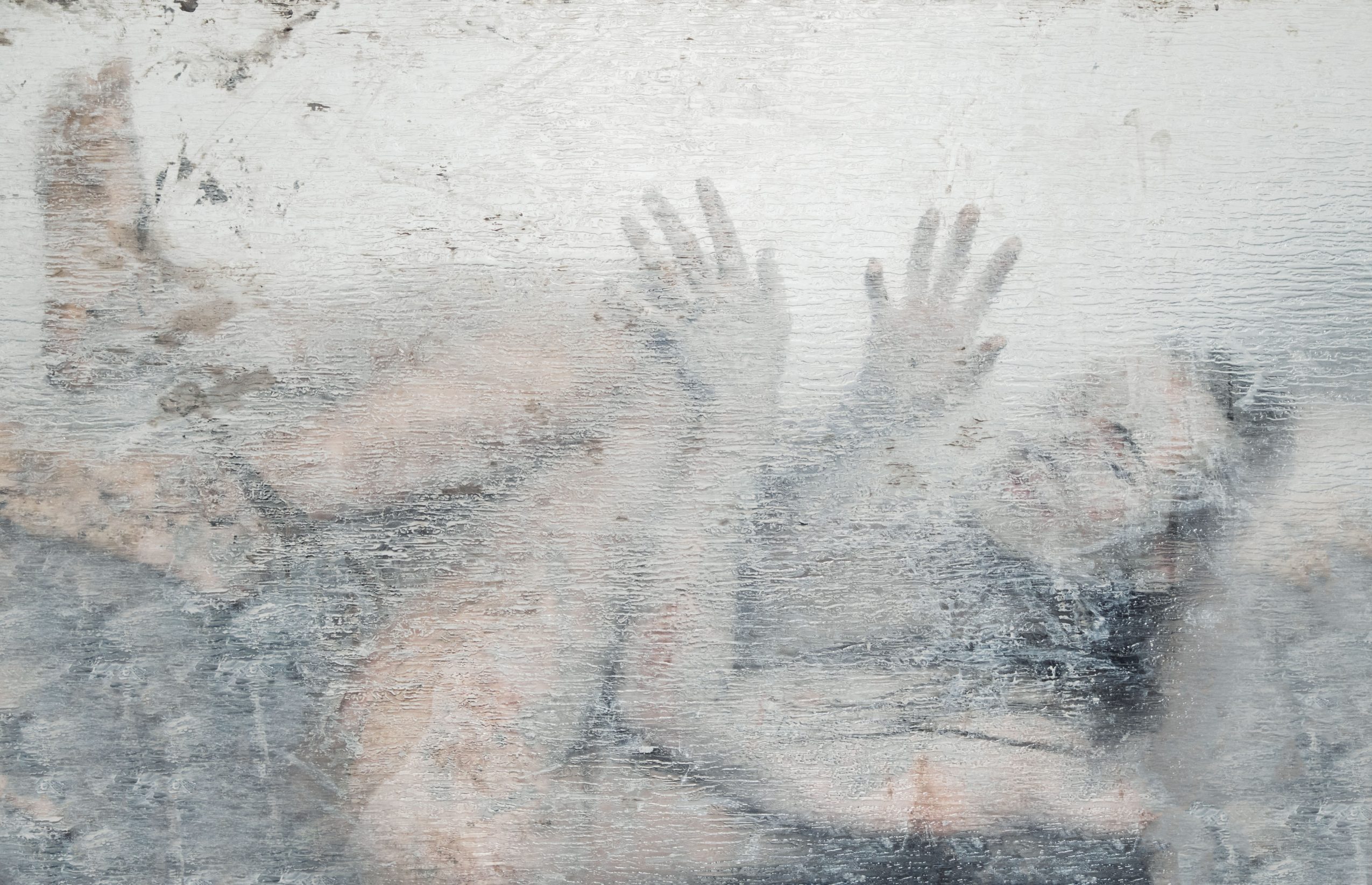 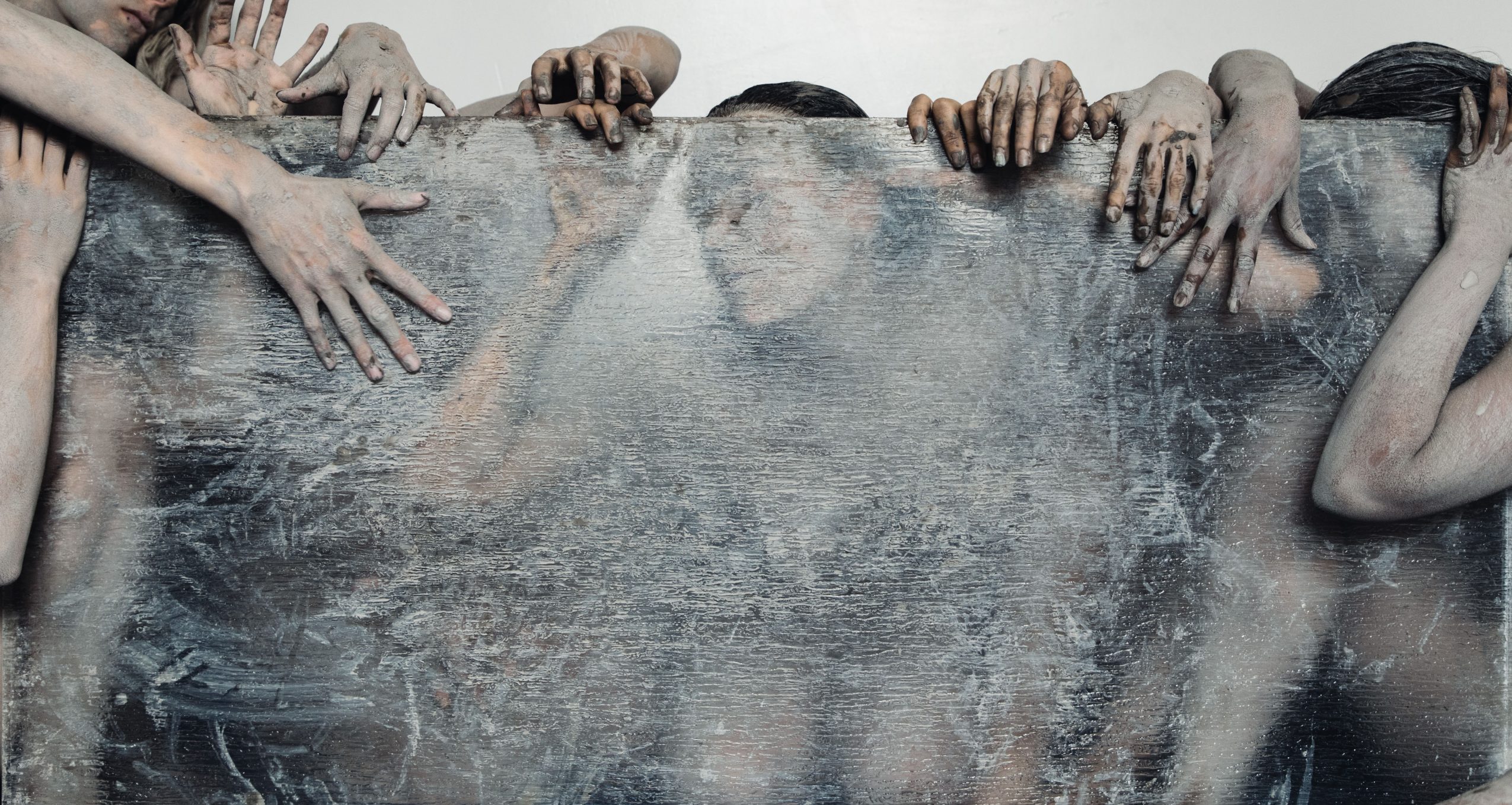 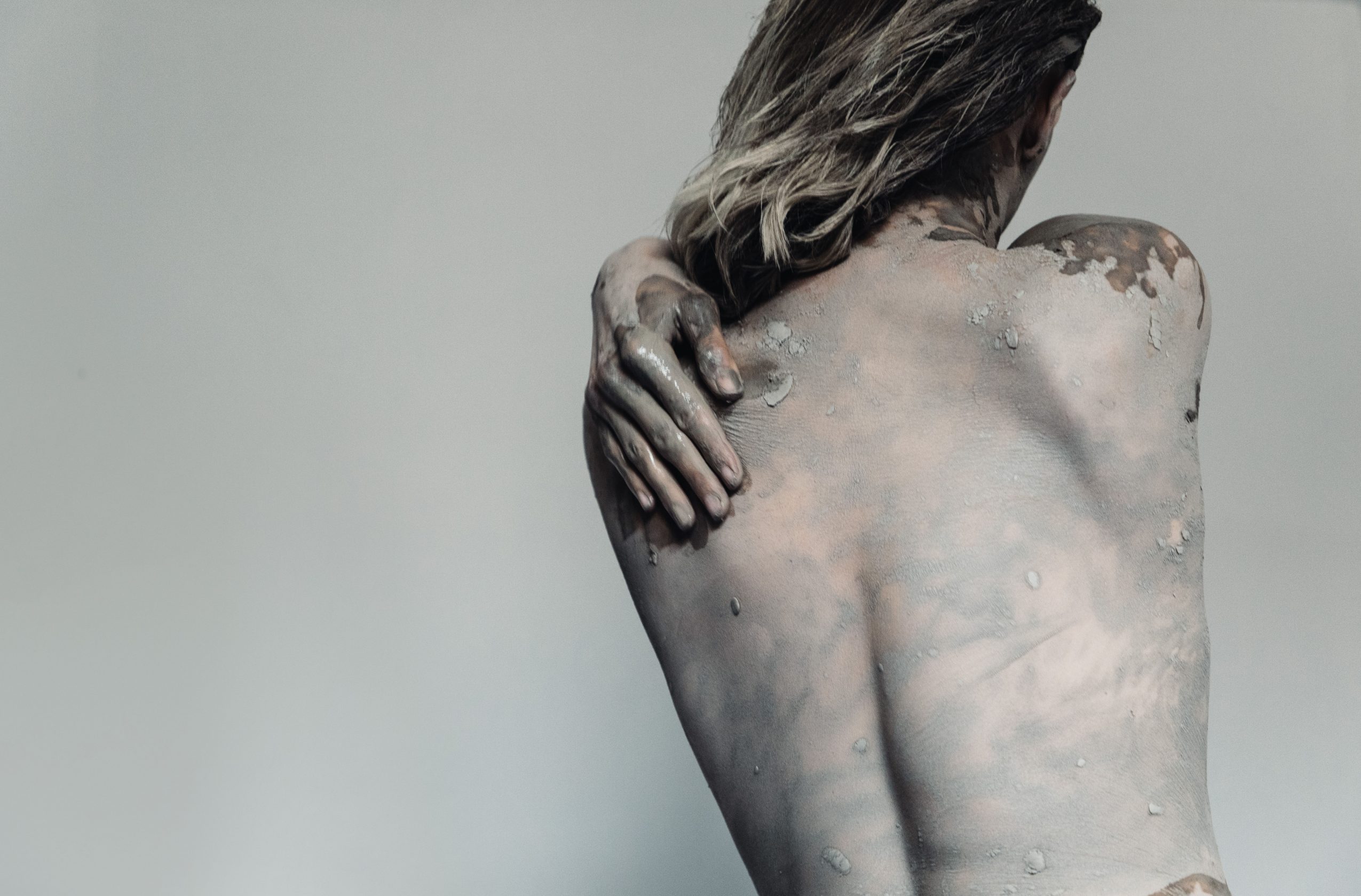 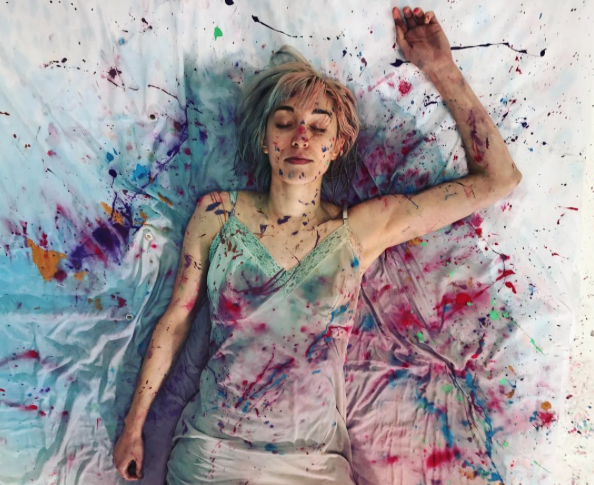 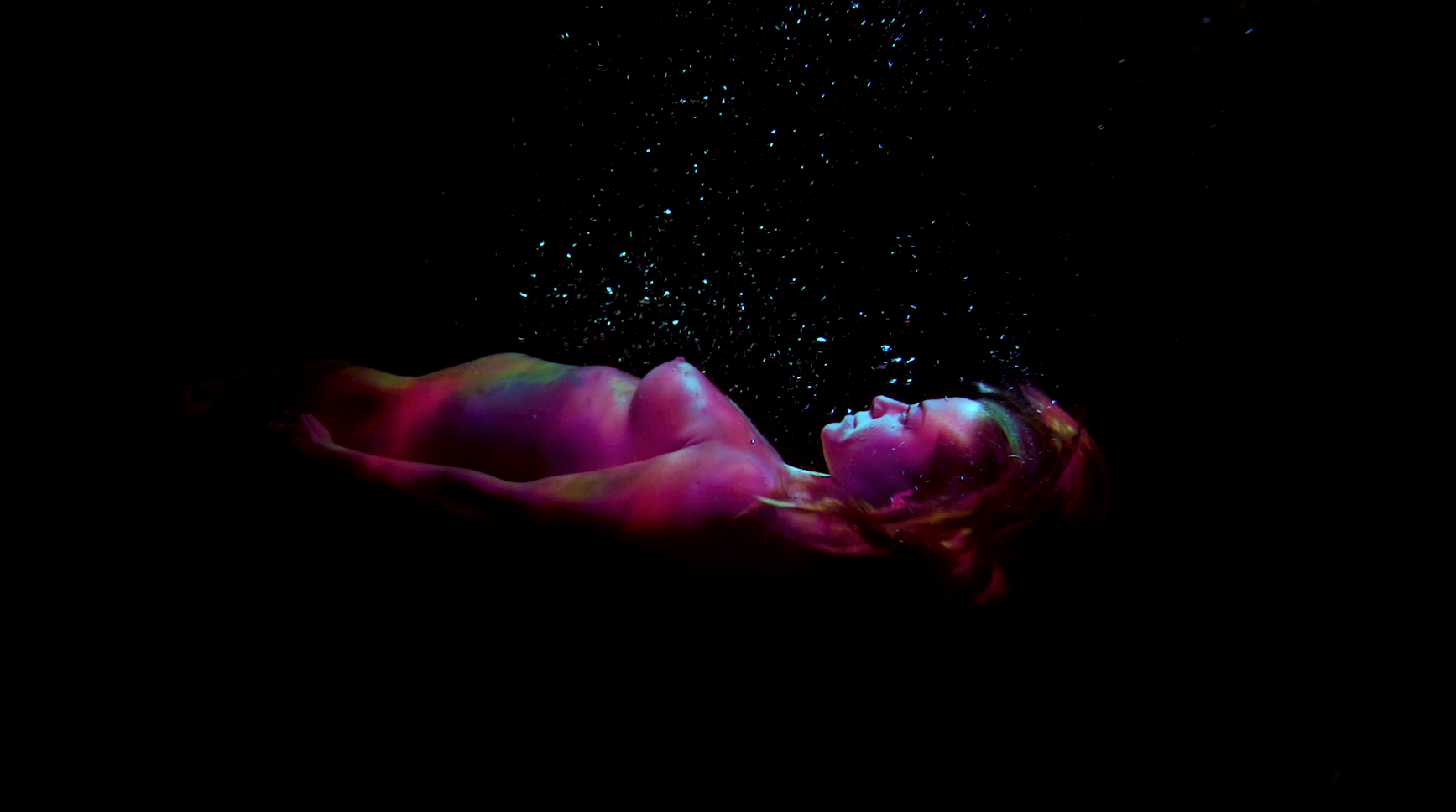 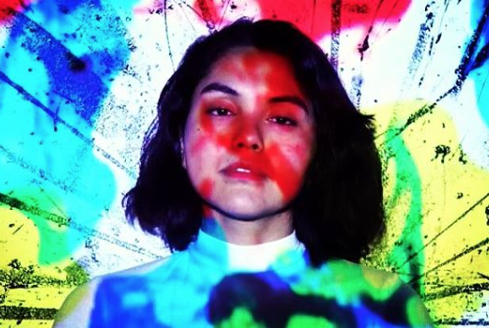 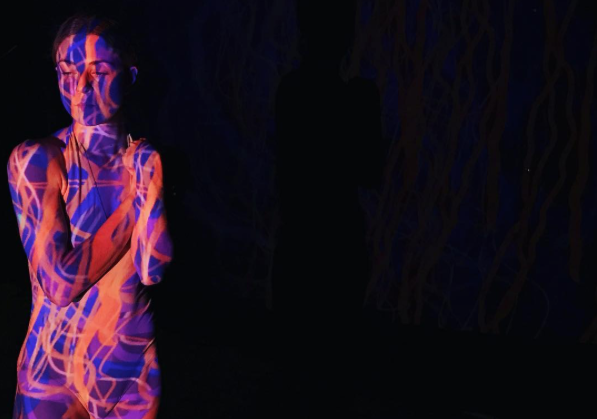