Meet Megan Helbing of Totally Megan in The West Side 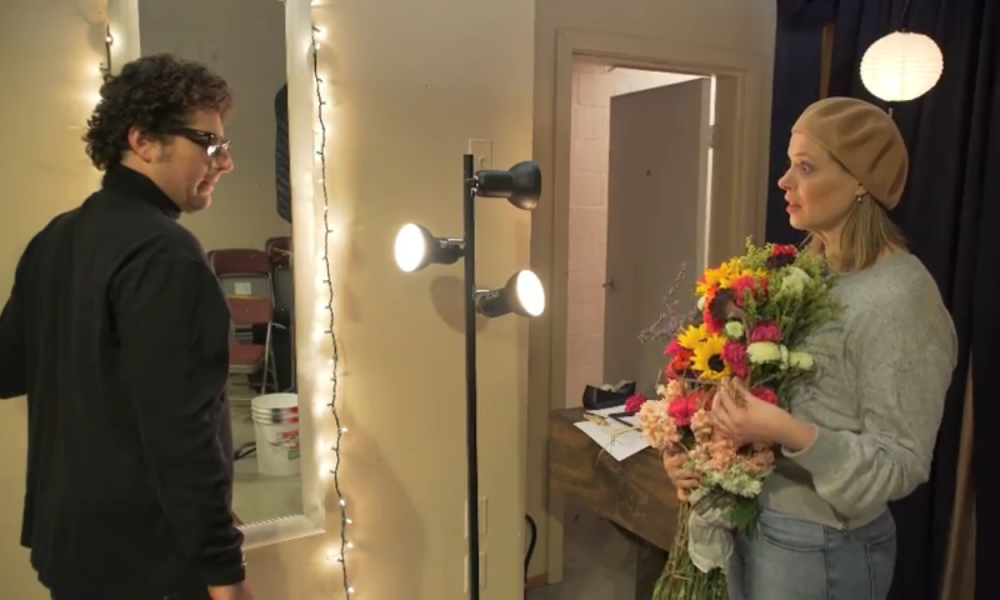 Today we’d like to introduce you to Megan Helbing.

Thanks for sharing your story with us Megan. So, let’s start at the beginning and we can move on from there.
For pretty much my entire life I have had awkward things happen to me. Daily. I would post stories on Facebook about what happened or text a friend and my brothers kept telling me I needed to film them – film your Totally Megan moments. But I just kept thinking to myself, who would watch them? I left Wisconsin for LA in hopes of being an actress and yet I didn’t have the confidence to write and shoot my own project.

I was out for drinks, celebrating my friend Nate’s birthday and he started discussing projects he was working on and going to be directing. After my second drink I asked him if he had ever wanted to direct comedy. He looked at me and said, “Are you thinking of shooting Totally Megan?” Me, “Yeah…I think so. I’ve written thirty-seven of them.”
And then the ball started rolling. I had no crew. No equipment. Just 37 one – page awkward moments from my real life. But that’s where all great ideas start from, right? We picked a day and Nate said he would get the crew. I asked my brother to use his house and boom. We had a shoot date. And then we lost our D.P. But Nate said not to worry. He would find someone. The day of the shoot a friend of a friend who worked with this guy said he would shoot it for us. Justin pulled up and started unloading his equipment and I knew we would be okay. My friend Jessie, who is a professional makeup artist/hair stylist was there and my friend Paris said she would be our other crew. I also called in a favor to my friend David Blue who was my other actor in the Vignette. And in three hours we were done. That vignette fueled the fire and I knew I wanted to do more. But producing your own project isn’t easy. It takes time and it takes money.

So, I started setting $20 a day away. Every day, after my shift at work, I would put $20 into an envelope. I would save for months and be able to shoot two vignettes. Save for a few more months and shoot two more. Within a year I had six vignettes.

After I released them, I received the reactions I never thought would happen. People liked them. They related to them. But more importantly, I made people laugh. Which has always been my dream. I was taking my misery and turning it into comedy. How was this happening? And then my best friend pushed me to do more. To keep believing in myself and to keep pushing myself. He got me thinking of Season Two.

And then people asked to be a part of them. So, my $20 a day started again. And anytime I would pick up an extra shift, that would go into the Totally Megan account. I started this project and it became my passion. I hired the cast and crew. I found the locations. I did all the paperwork. I paid for insurance. I funded this entire project.
But I have been very blessed with it. I have the most amazing crew and Justin and Jessie have been on every single shoot since day one.

We shot season two and my friend A Leslie Kies stepped up as director. When season two aired, Comedy Cake featured us multiple weeks and I am forever grateful. They exposed this project to a whole new platform of people. When it came time for Season Three my brother and sister-in-law were very gracious in helping me out and I hired two incredible directors Christopher Gerhman and Candace Quirk.

And now Season Three will air at the end of March and I couldn’t be happier. This is a project that I never thought would happen. It was just a pipe dream and it has become my life. I have been beyond blessed to work with the most talented crew and cast. My friends have done some incredible favors and donated their talent and time to this project. Showing Up is everything to me and the people that have for me – Amazing. I couldn’t have done it without all of them.

The best reaction I have had is my friend Sarah messaged me one day. She told me she was having a bad day and came hope and put on Totally Megan. She messaged me to tell me she was laughing because my misery put a smile on her face. And that is why I do this. I made her laugh on a bad day. That means the world.

We’re always bombarded by how great it is to pursue your passion, etc. – but we’ve spoken with enough people to know that it’s not always easy. Overall, would you say things have been easy for you?
No, it has not been a smooth road. Struggles, of course, was the finances. Insurance is not cheap. It ate up most of my budget and then we have to wait longer to shoot. I was always afraid people would get bored of the project if it took too long to film. They didn’t but that always is a struggle.

Also, in the beginning, it was hard for me to ask for help. So, I would take on all the stress. In Season One, Thomas Barbusca played Roger in one of the vignettes. Thomas has a very busy schedule so I was so nervous with the SAG regulations with children. It was an outside exterior and it was raining and there are very strict rules with children. What if it didn’t stop raining? Would we have to reschedule? I have a dance called “The positive energy dance.” I did the dance and the rain cleared. And then it was smooth sailing but leading up to that point. I thought we had lost the day. So, did everyone. I think that ended up being one of our shortest shoots.

We’d love to hear more about your business.
My business is comedy. I grew up watching reruns of Mary Tyler Moore and I Love Lucy so those were the women I idolized. That is the type of comedy I want to do. I want to show women being funny, witty, clever, strong, opinionated, and not settling for anything less. That is the comedy I do. It’s old school but those shows still hold up today. I mean Mary Tyler Moore fought to be able to wear slacks on the Dick Van Dyck show. She had spunk. That is how my show works. I don’t use language or crude humor. It’s awkward but based in reality. “Megan” is a Mary Richards meets Miranda. And if you haven’t seen “Miranda” you need to watch it!

What were you like growing up?
Growing up, I was an odd duck. I am the youngest of six kids and also the only girl. I grew up in Janesville, Wisconsin. There wasn’t a lot of the arts in Janesville. The girls in my neighborhood, we would put on musicals. We would rehearse every day just to put on one production. I loved it thought because that is where I felt I got to shine. I have never been shy but I didn’t really fit into a mold. My interests were ballet and, in the summers, I belonged to Spotlight on Kids, a musical theatre company.

I also used to watch old movies, all the time. I would analyze the films. I would do research on the films. I became a total film nerd. When I wasn’t dancing, I was watching a movie. Let’s be honest – I was a little bit of a nerd. 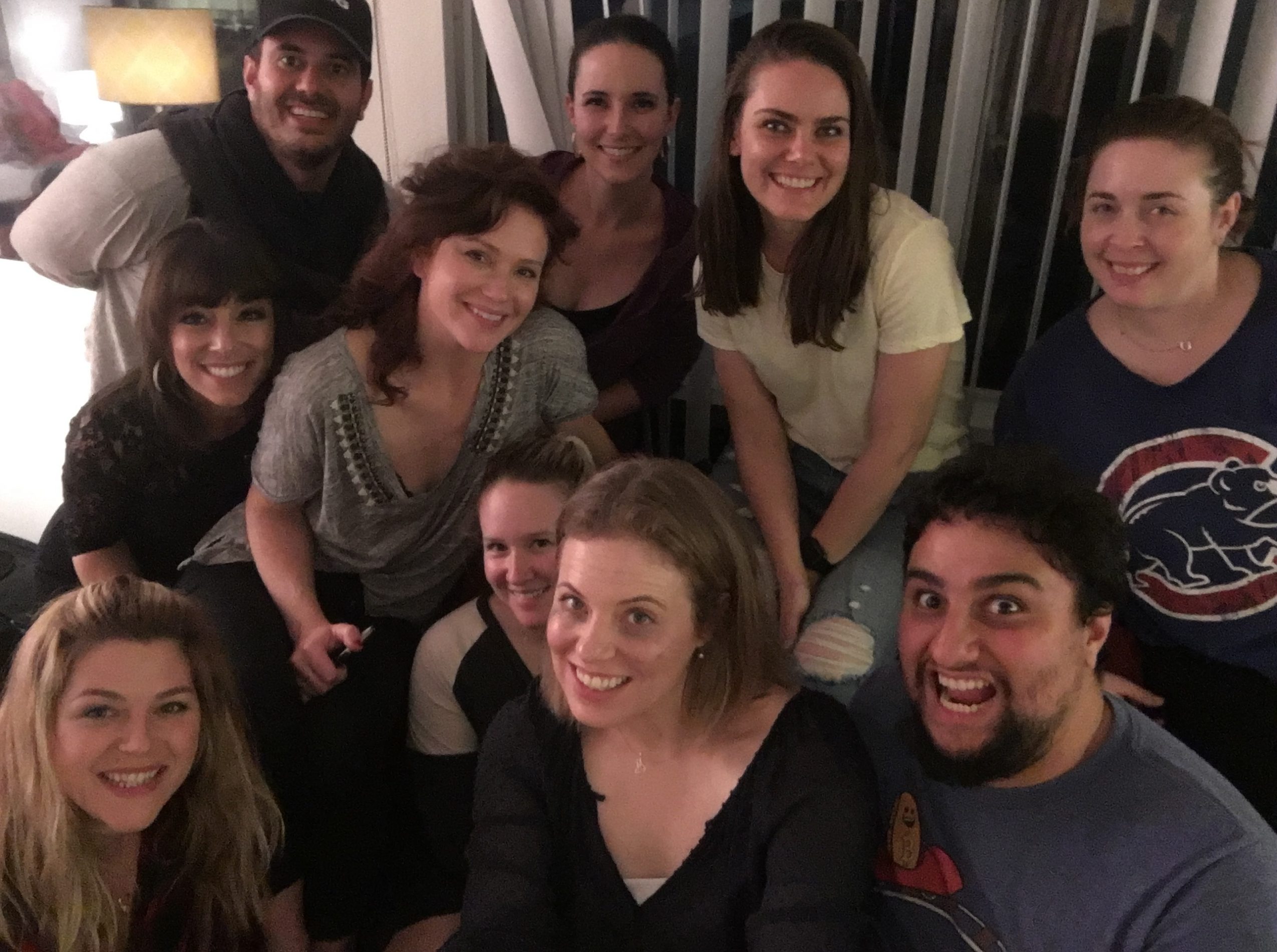 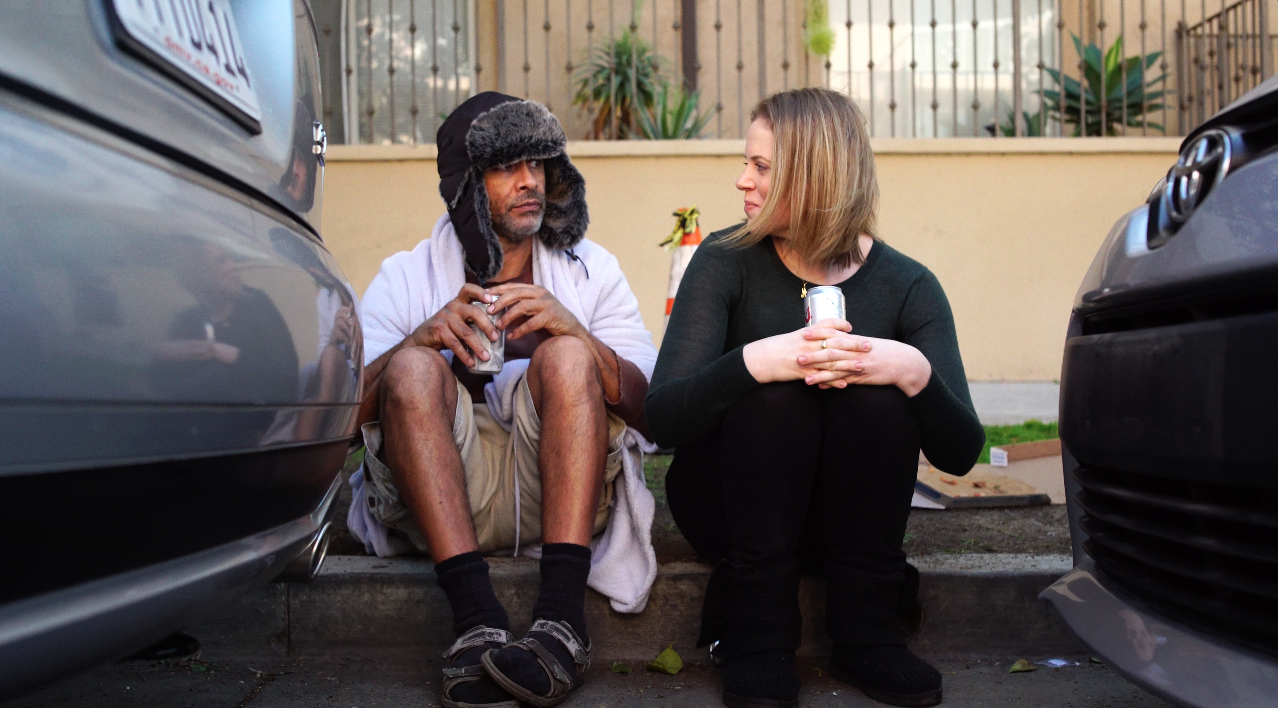 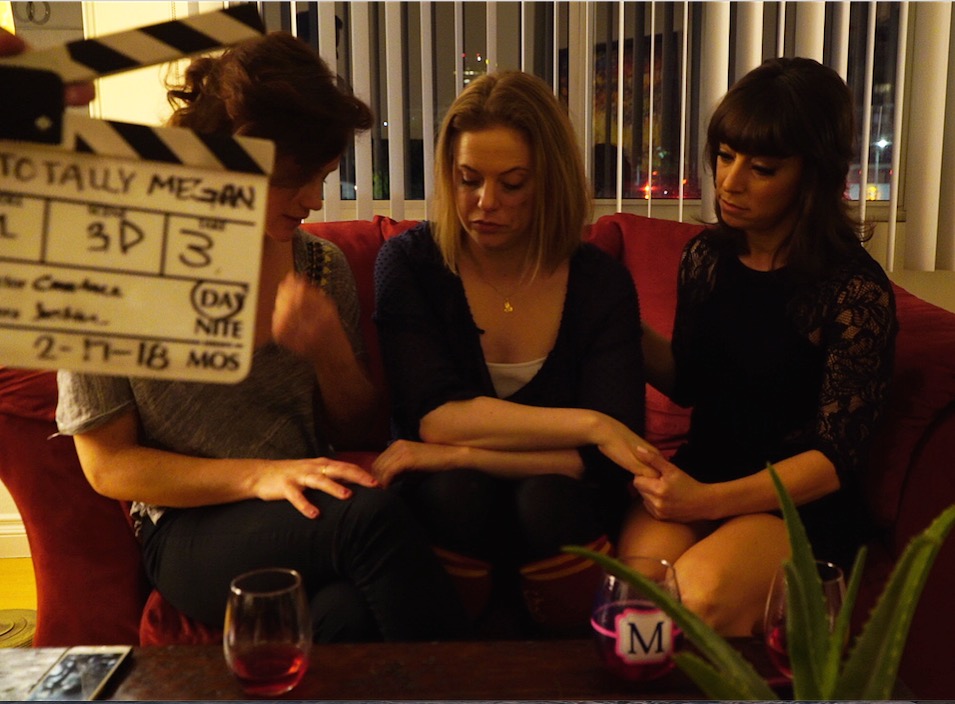 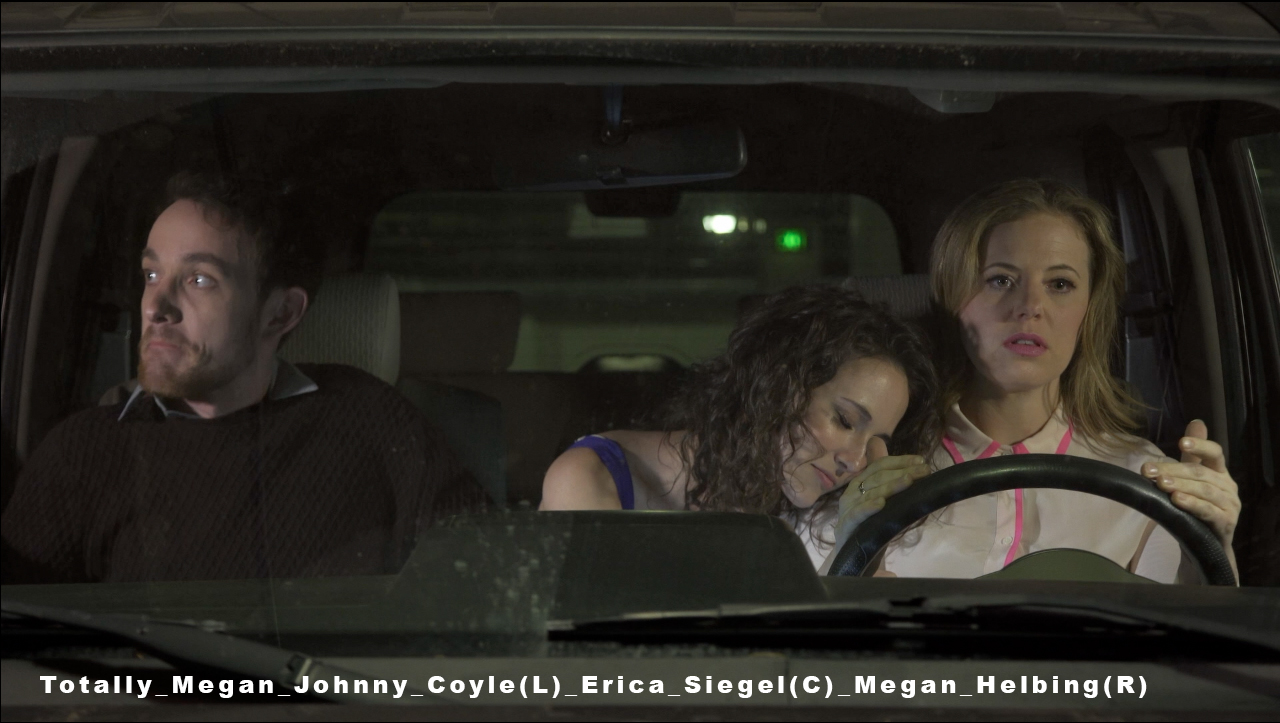 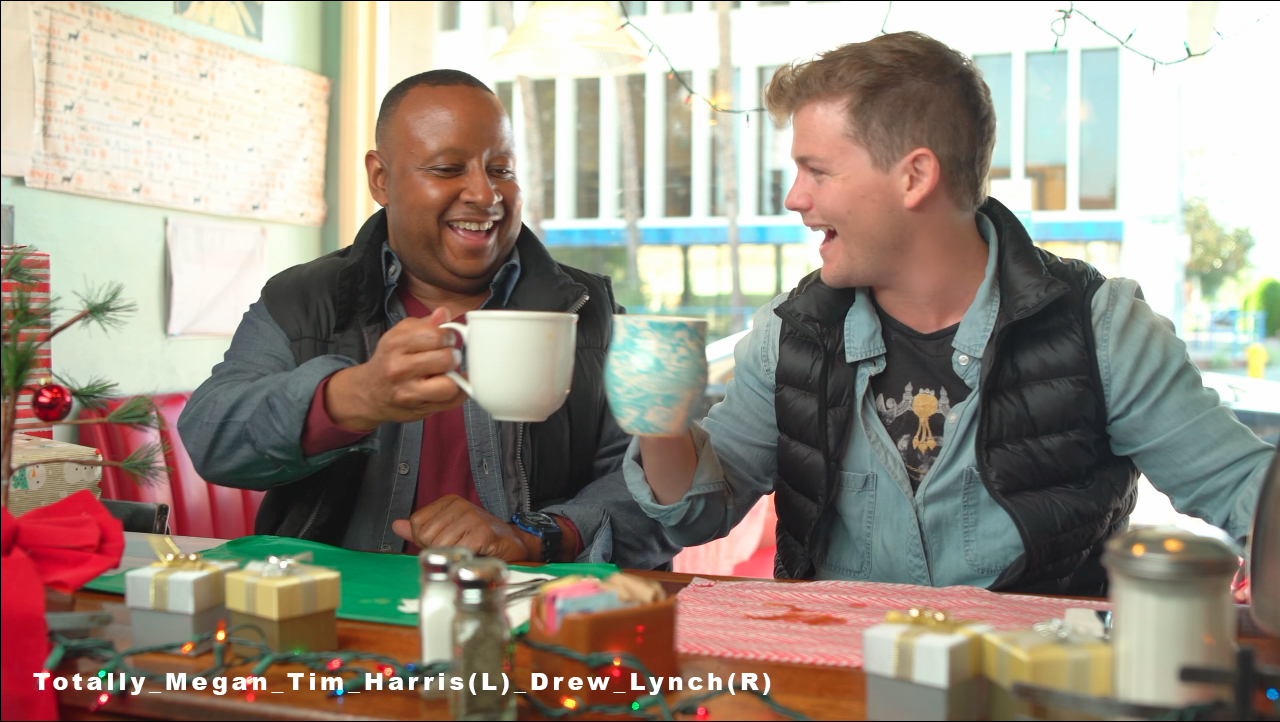 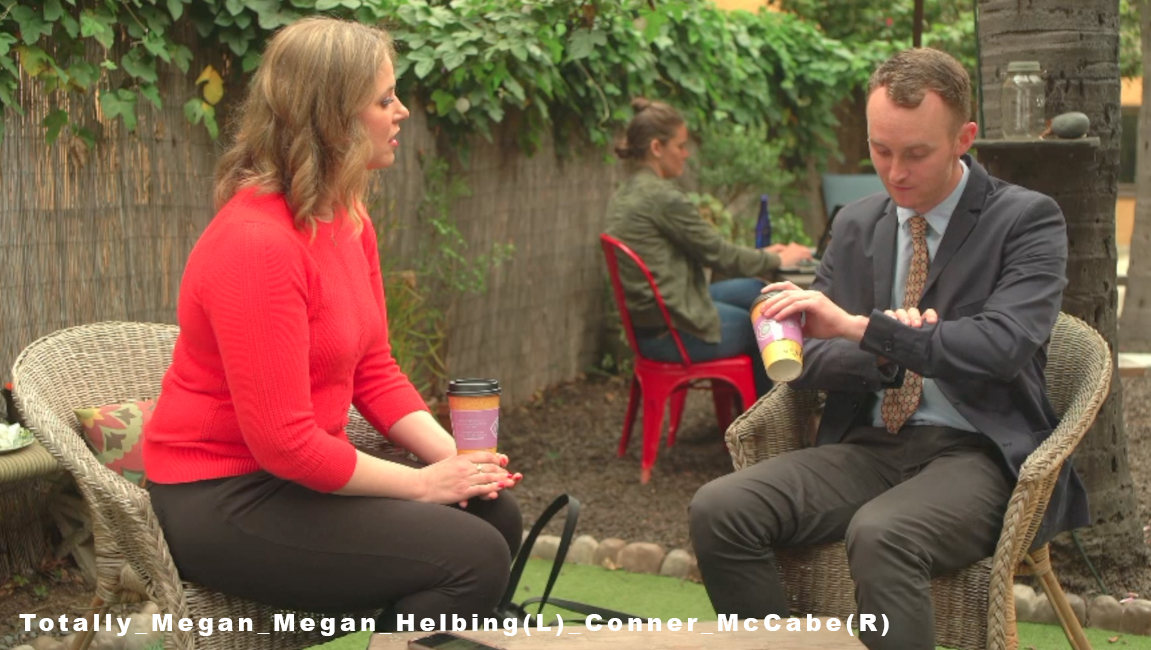 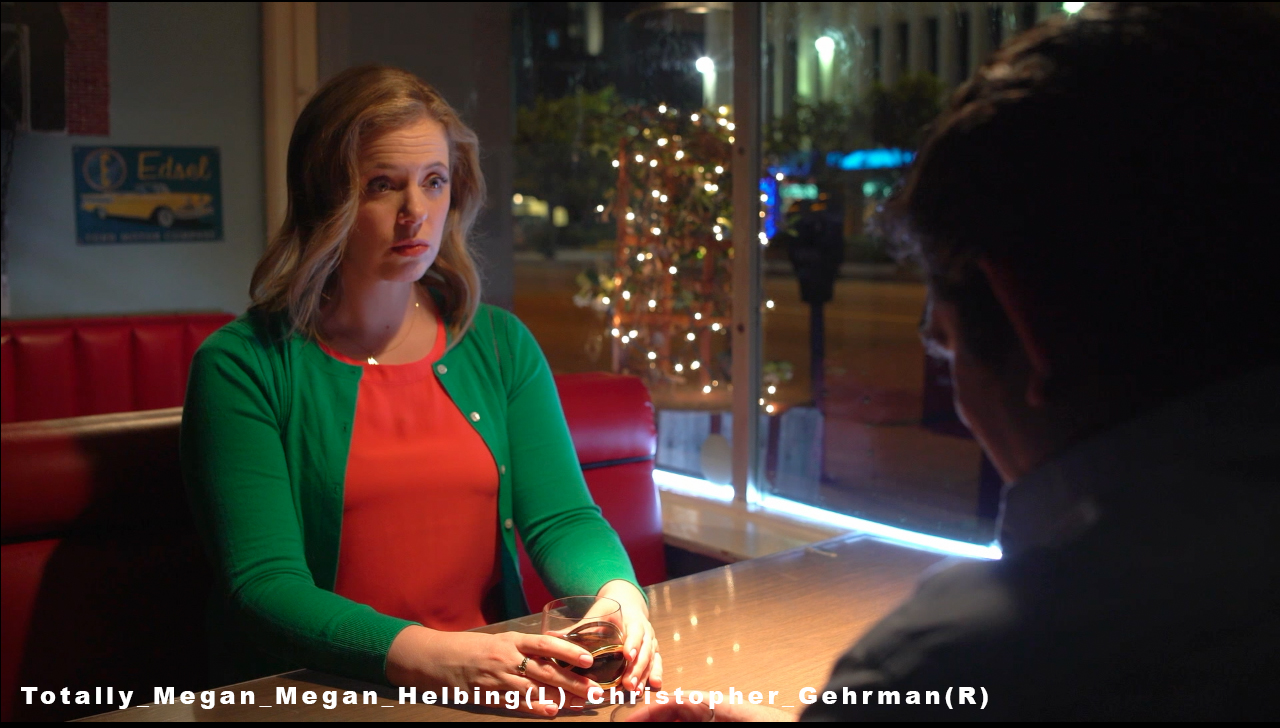 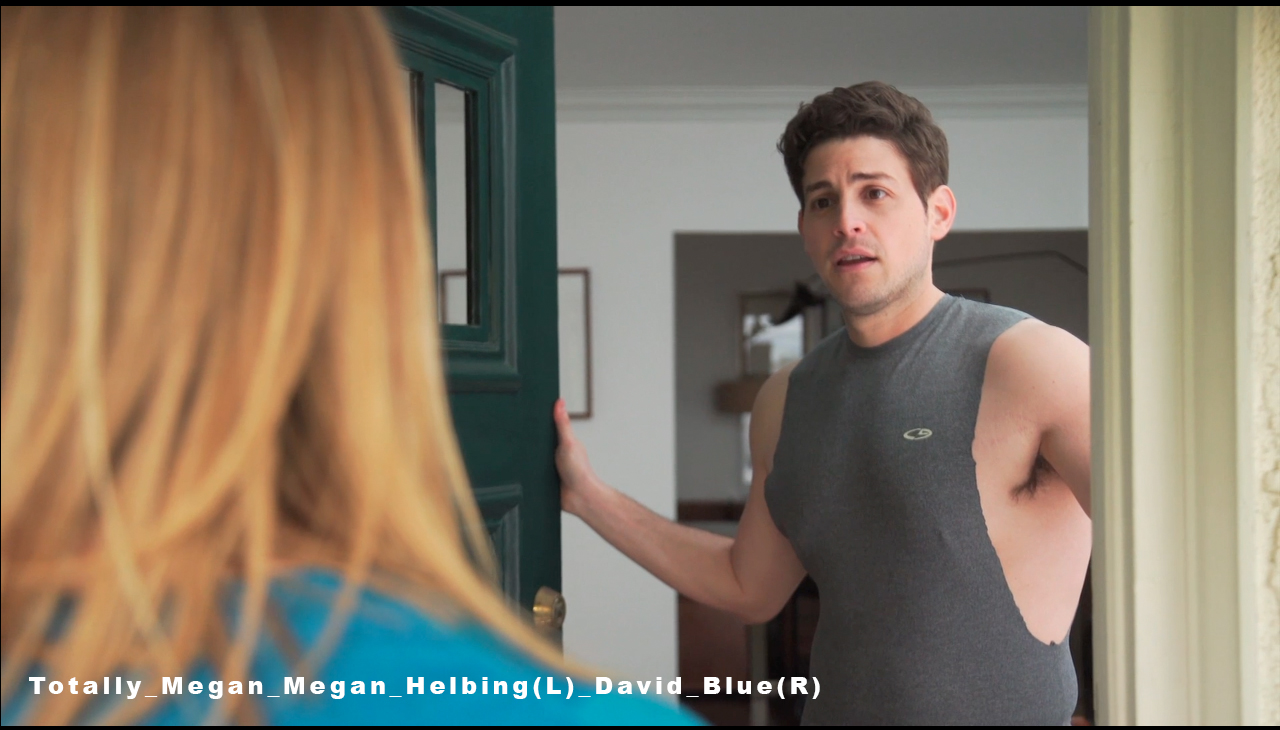