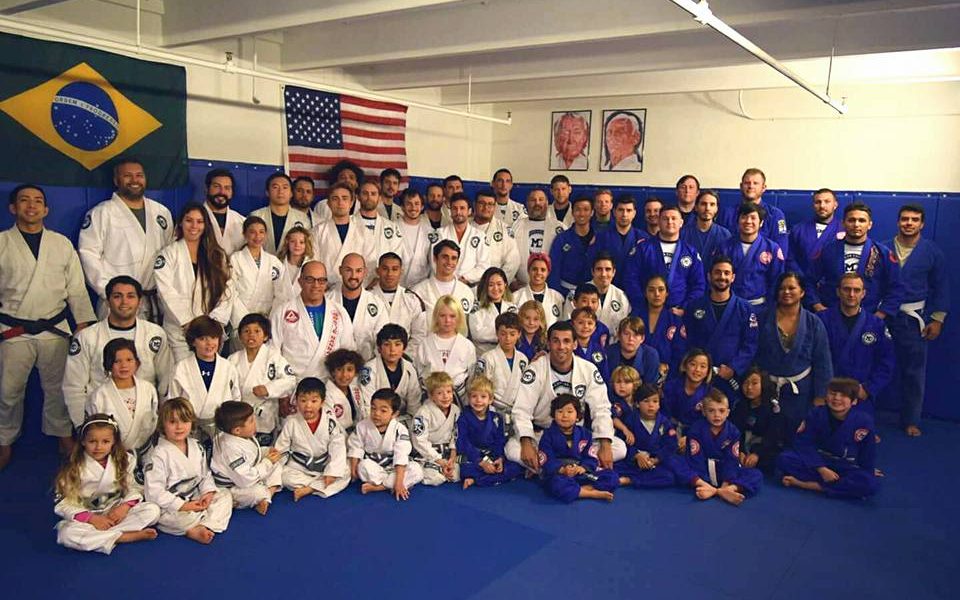 Today we’d like to introduce you to Maycon Carvalho.

Carvalho is a black belt third degree who found his way to opening his own gym MC Brazilian Jiu Jitsu Club by taking the long and winding road to get there. He moved from city to city, pursuing his dream of teaching BJJ and rolling with his students until he ended up exactly where he wanted to be – in beautiful, sunny, Southern California.

Carvalho grew up in Teofilo Otoni, in the Brazilian state of Minas Gerais. It was a small town that had no Jiu-Jitsu. One day, a friend who was a purple belt, came to visit from Rio and stayed with him for 6 months. They trained together in Carvalho’s home, and that was all it took for Jiu-Jitsu to enter his blood stream. He knew then that Jiu-Jitsu was his life. From the first time he rolled in his living room with his friend, after that moment, it was always a part of his life plan.

Carvalho’s friend went back to Rio, and Carvalho was left in his town without Jiu-Jitsu. Two years later, when Carvalho was 18 years old, he went on vacation to the city of Maceio. He was at the beach and went looking for some Acai because he knew he’d meet some Jiu-Jitsu guys there, he wanted to train so badly. As luck would have it, he ended up meeting a GB guy and went to train with him. Carvalho was hooked for life… again.

Carvalho ended up staying in Maceio, His mom called him to come home because he was supposed to be starting university. Once he found GB Jiu-Jitsu, though, he knew he was never going back. His parents knew how much he wanted to pursue it, so they backed his decision to stay.

Two years later, Carvalho moved to Belo Horizonte, in his home state, and joined Professor Aldo Caveirinha’s team as a blue belt, Professor Aldo let Carvalho stay with him so he could train. All he asked was that Carvalho teach at his school once he became a purple belt, which he did. In fact, Carvalho stayed with Caveirinha for about nine years. They became very close over the years and are still best friends to this day.

While in Rio, Carvalho talked to Caveirinha every week. Carveirinha told Carvalho that he had to go to Europe for three months and asked Carvalho to return to Belo Horizonte, He asked Carvalho to be head instructor of his school while he was away. Carvalho couldn’t believe Caveirinha trusted him with the job, even though there were other black belts there.

Carvalho says the experience changed his life, the opportunity Caveirinha gave him inspired him to teach for life. It showed him, more than anything else he’d ever done, that this was his life path. When Caveirinha returned to his well-managed school, he gave Carvalho his black belt. Carvalho says it was the greatest moment of his life.

In 2007, Carvalho went to Long Beach, California, for the Worlds, He decided to stay and teach there. Carvalho wanted to represent Gracie Barra. There was only One GB School in Southern California at that time, so there were no teaching jobs, Gracie Barra organization told him about a new school in Danbury, Connecticut. So, he moved to help with the school there. He stayed for 6 months.

Then, in 2008, Carvalho returned to Southern California for the Pan. GB organization asked him whether he wanted to help open a school in Arkansas, He said he would do it. He stayed in Jacksonville for five months.

At the end of his tenure in Jacksonville, he received a call saying that a gym was opening up in Fullerton, California, in January 2009. Carvalho was invited to move to Southern California to be the head instructor at GB Fullerton, Life was going good for Carvalho. He loved California. The people were nice and Carvalho’s best friends lived there. Training at GB America in Irvine was amazing. Master Carlos Gracie Jr was there.

Ever since settling down in the state he so loves, Carvalho has seen some great events come to pass. November 2009, he won gold at the No-Gi Worlds, He trained a lot for that and it was very exciting!

But Carvalho’s passion remains teaching, He enjoys changing lives. He loves seeing a student progress. It’s like working with a rough stone and making it smooth and perfect. It makes him feel really good watching a student perform a good technique that he learned from him.

Carvalho received an opportunity to teach at Gracie Barra Santa Monica in 2012. At the end of 2015 when the owners of GB Santa Monica unexpectedly decided to close the gym this gave Carvalho the opportunity to finally fulfill his dream of opening his own gym January 2016 MC Brazilian Jiu Jitsu Club. The gym has doubled in size since opening its doors.

So, as you know, we’re impressed with MC Brazilian Jiu Jitsu Club – tell our readers more, for example what you’re most proud of as a company and what sets you apart from others.
We specialize in Brazilian Jiu Jitsu for competition, self-defense, weight loss, confidence and discipline. We offer classes for Men, Women and Children in a fun and friendly environment.

Let’s touch on your thoughts about our city – what do you like the most and least?
Santa Monica has beautiful weather and friendly people.