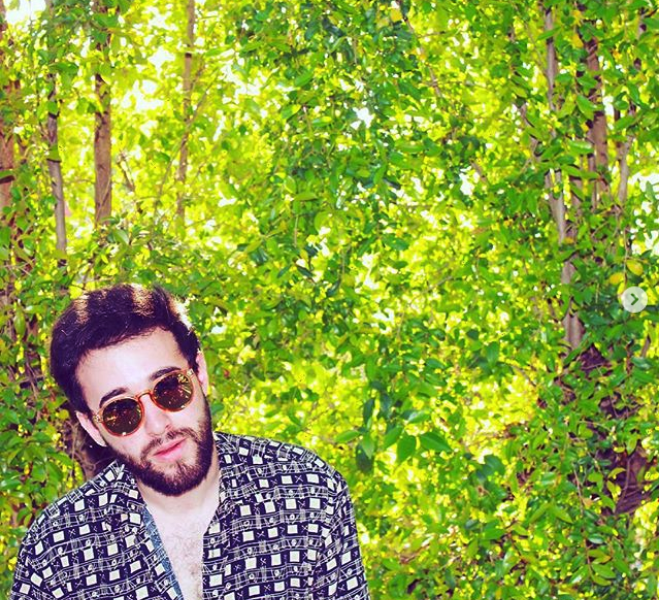 Today we’d like to introduce you to Max Silver.

Max, let’s start with your story. We’d love to hear how you got started and how the journey has been so far.
I was handed a guitar from my uncle at the age of seven. Being the only person in my family who was musically inclined, at the beginning I wasn’t very enthusiastic about playing. after the first school year of playing my mother convinced me to take a summer off from playing to see if I would still be attracted to it after not going to lessons for a few months. At the end of the summer I missed playing so much I begged my mom to get me back into taking guitar lessons. She agreed and I haven’t been able to put down the guitar ever since.

Fast forward a few years, I meet my closest, oldest friend Folsom who was learning bass at the time. We instantly felt the fire of wanting to be in a band together and so we began writing and hanging out every day at the age of ten. Every day after school we would be writing songs practicing our instruments trying to cover songs we liked. Over the years we had drummers come and go, but we always kept writing and playing. Playing music for us was therapy throughout high school, college. Around age 11 my father gave us a little M-audio four track mixer which would later catapult our love and deep passion for audio engineering to another level.

Collecting instruments, studio gear, sound proofing material, the studio was the place to be. Originally set up in my parents garage I would record records and practice in there all the time with folsom and others. Eventually the studio was moved to a warehouse where I began really having clients and making music in a more frequently and in a more professional way. After we moved from the warehouse which lasted through high school and college the studio was moved into the space it’s been in now over in NoHo where studio work has increased to all sorts of local bands and artists.

While living the studio life during the day, since high school I had been working as a live sound engineer for clubs, different companies doing AV and for house parties and local shows. From working Elon Musks microphone at a space x event to setup for a Jordan sparks show I was doing commercial audio full time. for a while doing all of that I was also working in the food industry for a few years. The best thing I ever did was commit fully to the audio world and making my full living in the music industry. Becoming Font Of House (FOH) of multiple venues around LA and running the studio in NOHO time just started flying by. I was always making music with Folsom this whole time in our juicy rock band “Deep Fryd Dynamite” Which we still write and play in today, actually we are about to come out with a new record soon with our drummer ALEC. Who has been our brother since college and has been the last permanent member of the band.

During all of this I had this feeling inside of me that I had more music outside of the band and outside of the clients I was working with. This is where MAXIM ADAMS came to be. Being greatly inspired by artists such as KAYTRANADA, RUFUS DU SOL, ZHU, ANDERSON PAAK’, SOFI TUKKER, TORO Y MOI, DISCLOSURE and so many others. Spiritual, Emotional Neo Soul dance music began to flow though my body and I felt the calling to make this stimulating infusion of dance music and R&B soul. The way it made me feel was so alive and so colorful I just fell so in love with the style. Deep drum patterns with creative percussion rhythms accompanied with dreamy energetic synths. This was the music I wanted to design as Maxim Adams.

While all of this was developing, I also landed my dream job running all the sound and stage management at this new club in the valley called THE WRITE OF ROOM. Where it would later be named the best sounding live venue in LA and would host shows for legendary studio musicians and artists from all around. I began teaching live sound at the venue to sharing my technique and strategies with people who were trying to learn and get practice doing live shows. This is something I loved doing so much on top of the making of the music and live production aspect of sound.

Between running the room and the studio I’ve been a very busy bee keeping the creativity flowing and the music alive. Having the experience from all angles from being the musician, to in the studio, then to a live sound setting working with accomplished artists, I feel it has all given me the tools to learn and create the style of music I love to make as Maxim Adams and in Deep Fryd Dynamite. I feel it also translates into all the music I’m a part of that I’m producing for others. I’m very happy and blessed to be sitting where I am today and will never forget all of the late nights, early mornings and hard times I had to go through to get to this point. I appreciate everyone who has helped me along the way to help me get to the point I am at now. being proud of the music I’m apart of and getting to be fully creative in the art of Music Production.

Overall, has it been relatively smooth? If not, what were some of the struggles along the way?
Late Nights, Early mornings, working long days driving all over LA. Getting gigs, needing gigs, not knowing when the next one would come. Being in the music industry is always a gamble but committing to the path is the smartest thing I could’ve done. completely immersing myself in the art and the music allowed me to move forwards.

Maxim Adams – what should we know? What do you guys do best? What sets you apart from the competition?
I think that from first glance I would live to be known as a Music Producer. Someone who can take a song and completely transform it into the best version of that song that could be imagined. I specialize in guitar but am fluent in Drumming, Keys, Bass, and vocals. I do the majority of my playing in the studio for other people and for myself. recording new songs and records. I was a vocal teacher for some years and think my specialty is vocal production. On top of all that I am a FOH Engineer for live music and can pretty much do any position in audio production whether it be Live or in studio. Sometimes you can catch me engineering and producing and being a studio musician all at once at my studio space in NOHO. I think was sets me apart from others is my work ethic and organizational work flow. I am very on top of everything which is something you really learn mixing live music cause its LIVE, anything can happen so you need to be ready to problem solve in a matter of seconds. I think I kept getting hired as a live sound engineer because of my ability too quickly and efficiently troubleshoot and provide great quality at the same time.

What is “success” or “successful” for you?
Success to me is working around people you love to work with, Enjoying the process of what you’re doing right now, and being happy with the place you are today. Even though I don’t have the top 100 song or am working with some of my idols, I am happy and proud of my music that I’m making and have the most fun doing it. With my close friends and people i appreciate around me. I stopped looking for where am I going, what’s this leading to and instead just tried to focus on being creative with what I have and to remember to have the best time doing it. For me success is being happy with what you’re doing now, knowing that you are doing something you love TODAY and not waiting for it. And realizing that enjoying your success is only wonderful if you’re doing it with the people you love and get to spend time being freely creative with them. This is pure bliss, this is success. 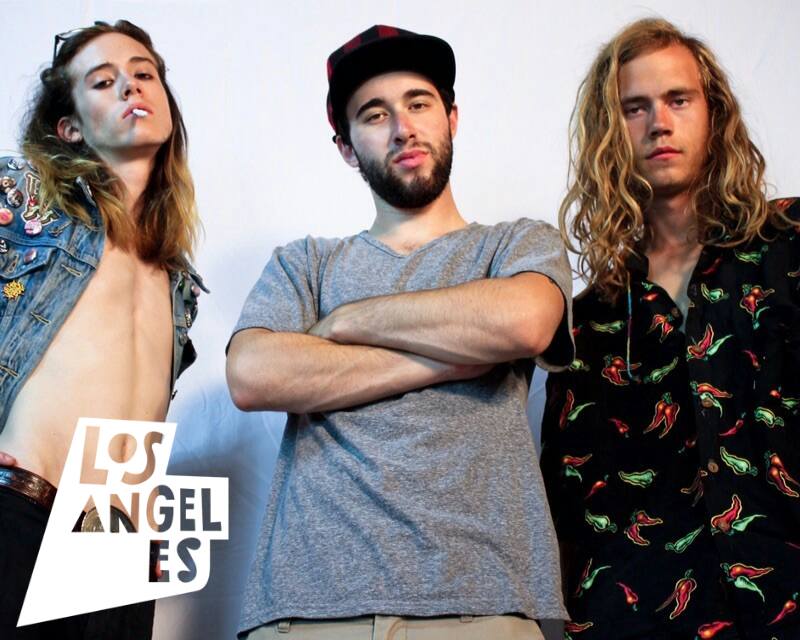 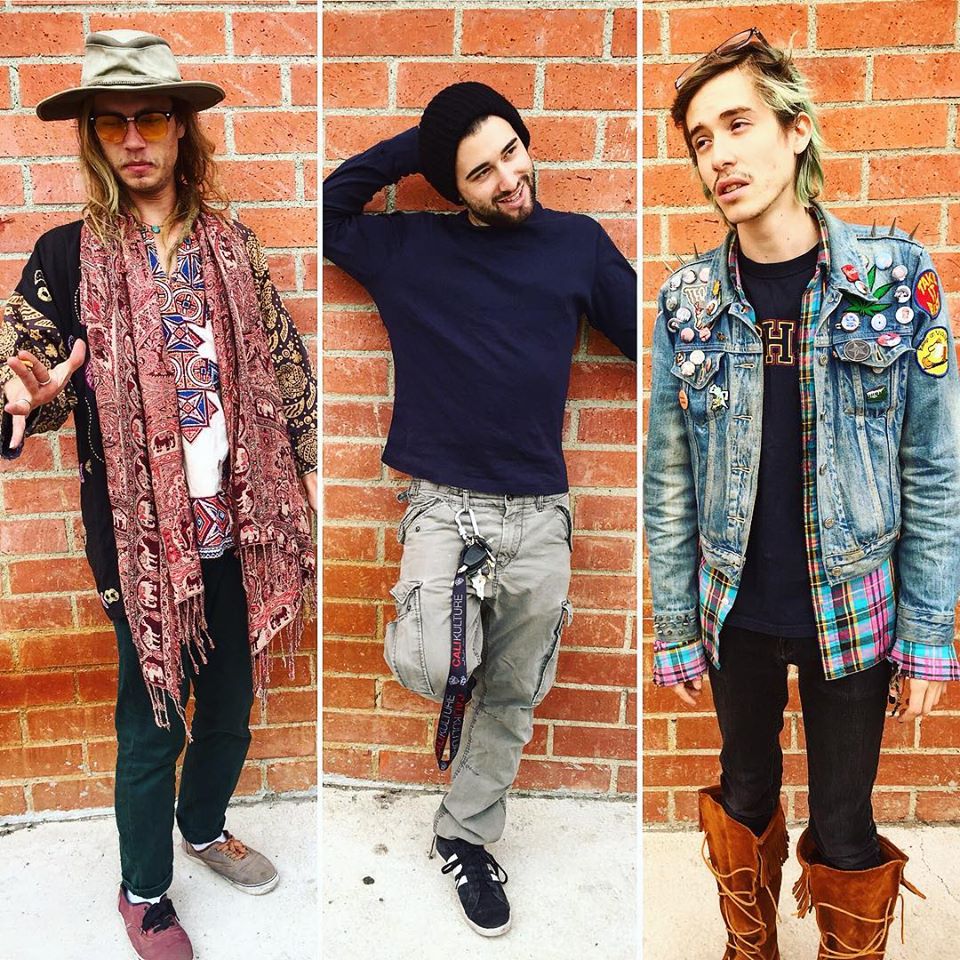 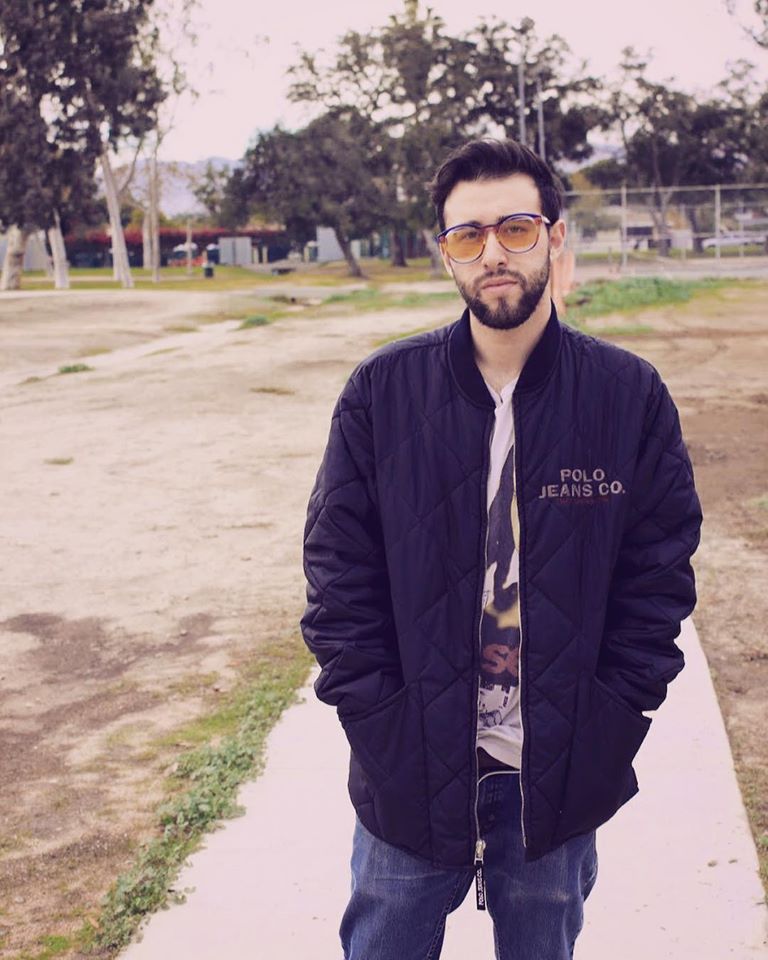 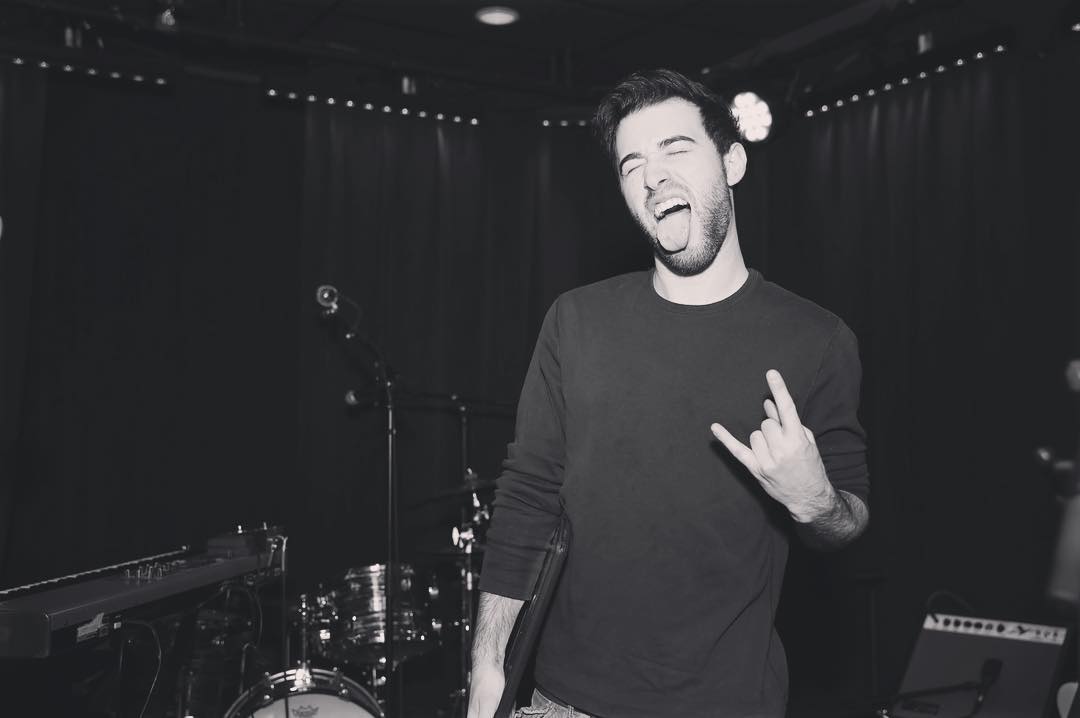 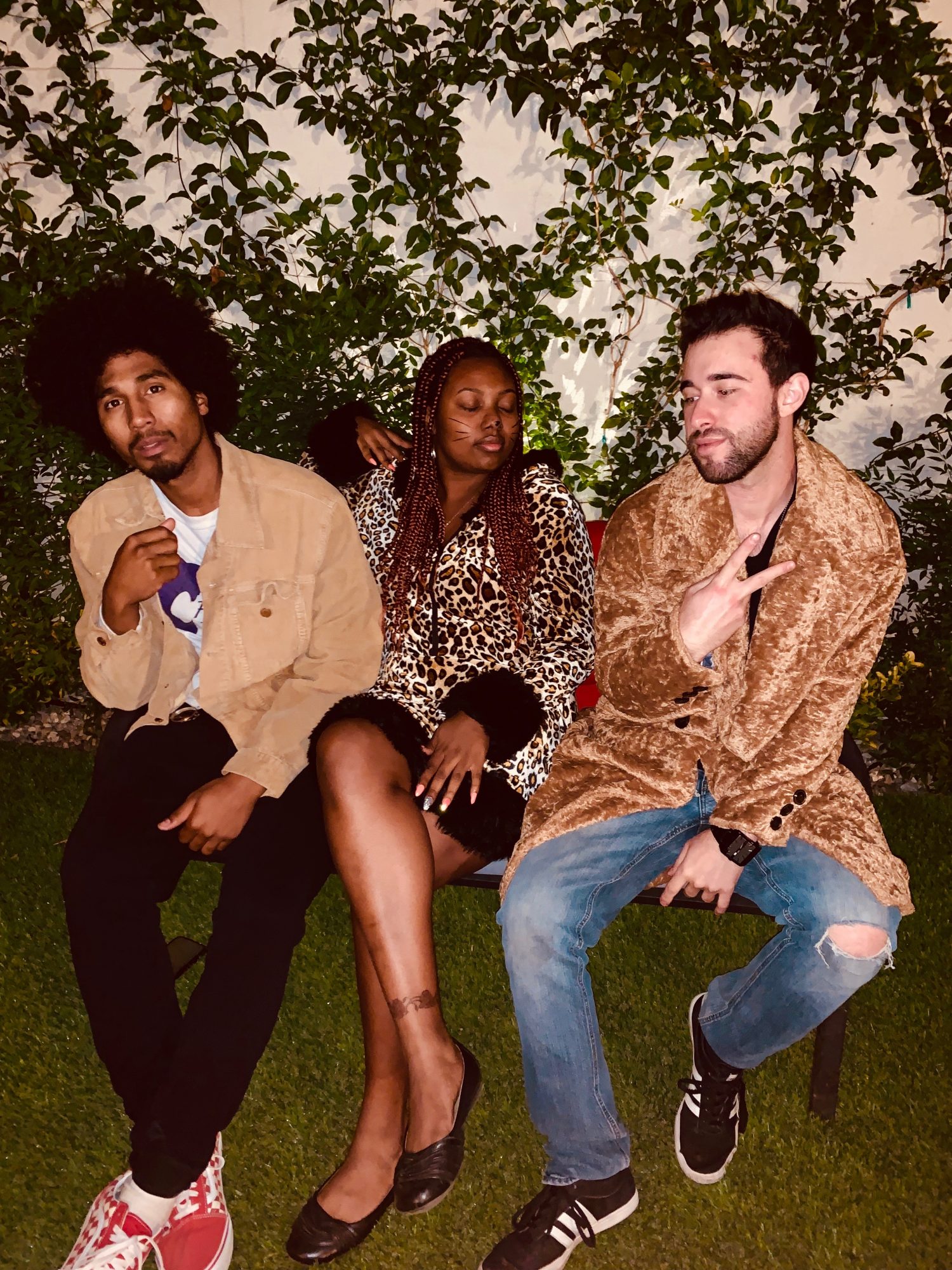 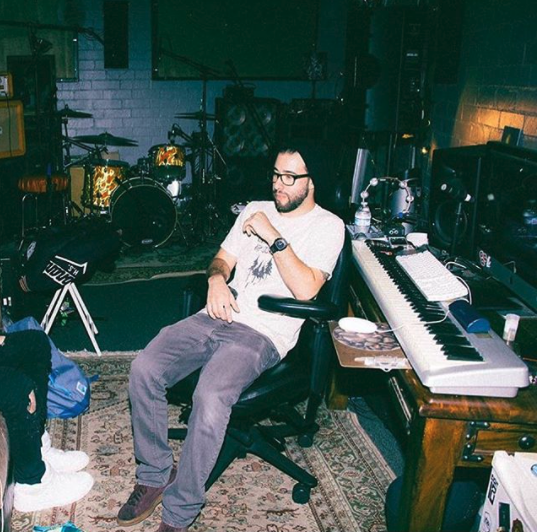 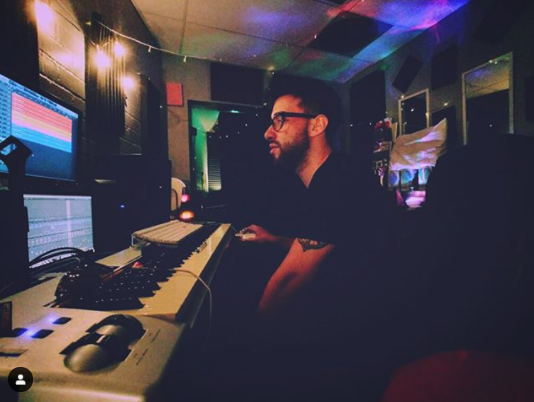 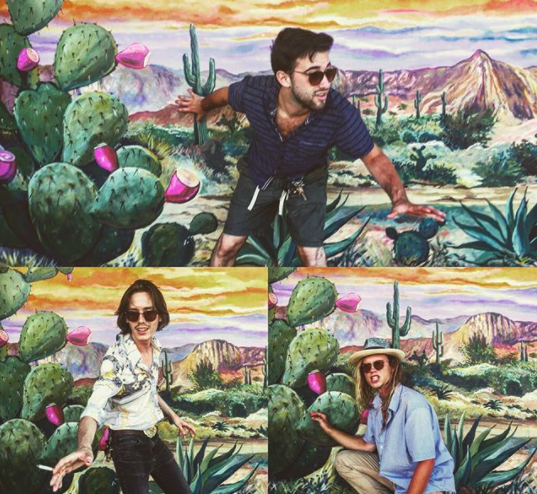