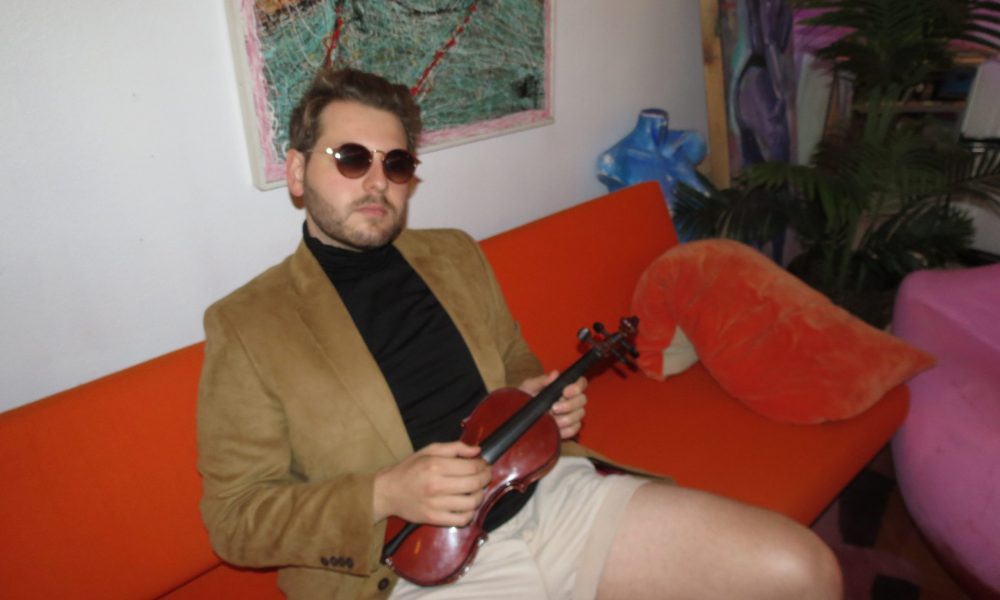 Today we’d like to introduce you to Max Berlin.

Hi Max, can you start by introducing yourself? We’d love to learn more about how you got to where you are today?
I moved to Los Angeles from Detroit, MI almost entirely on a gut feeling–that essentially, it was the place I needed to be, and in that place were the people I needed to create with. It was 2019, and essentially I thought I wanted to be some variation of John Williams–writing high-octane orchestral film scores for the next fifty Star Wars knockoffs. I was lucky enough to be thrown into that world pretty early on and it was a masterclass in the film music industry–everything from proofreading scores to $35 lunches. Then pandemic hit–and my idea of what I could do with my film scoring and composition skillset blew wide open.

I started bringing my orchestral film score sensibilities to different types of projects. I became the composer for a musical theatre comedy TikTok channel Pixel Playhouse and had to do a Leonard Bernstein/Alan Menken impression for the Internet. I wanted to bring a certain level of music composition to the crazy social media world–whether it what was viral memes with orchestra, producing and songwriting for other artists, or just playing jazz piano live on Instagram. Social media for me became not an exercise in self-image (or at its worst, narcissism) but a tool for creativity and sharing art with new audiences. And after years of dreaming, I finally launched my own artist concept, Berlin w/ Strings, which is my love letter to the studio orchestra melded with jazz, musical theatre, and indie pop.

Basically–I’m just throwing musical paint at the wall while I pay my bills. I’m beyond grateful to be a part of the Hollywood film scoring community as a composer, arranger, and orchestrator, but that’s becoming half the story. I like TikTok. I like top 40’s pop. I’m currently writing music to underscore modern dance. I like memes and comedy. I like taking nothing that seriously except my music. Los Angeles–as I’m learning–is a place where creatives can collaborate in the present moment and take stock of what’s around them. As a composer, I’m continuously inspired by all the different types of musicians and creatives I get to cross paths with. I think ultimately, the way I get to live now is the “gut feeling” I had back in 2019.

I’m sure you wouldn’t say it’s been obstacle free, but so far would you say the journey have been a fairly smooth road?
Haha–moving to LA in 2019 gave me about 6 months to settle in before pandemic hit. Although Los Angeles, and more specifically Hollywood, has a national reputation of being a town of fast-paced gatekeepers–I’ve found that the best relationships were equal part friendship and creative collaboration. People here want to do things and that’s exciting. However, if that “thing” is just to be rich and famous–those are the types of people I’ve learned to avoid. I milked every drop of my quarter-life crisis (I’m 26 now) and in that time, I realized that, for me, thirsting for fame and wealth will ultimately lead to bad creative decisions. I’ve learned to trust myself and to be myself–even if it doesn’t feel like it’s trending. That’s the type of integrity that I want.

Appreciate you sharing that. What else should we know about what you do?
I’m a composer, songwriter, producer, and piano player that specializes in media composition: i.e., music for film, TV, social media, etc. As I’ve said before, I’m interested in how I can bring my orchestral/studio film scoring background to different parts of the music and entertainment industry. I’d say the summer of 2022 has been a proud moment for me: I wrote the orchestral arrangements for films on Netflix and Amazon Prime, I co-wrote an R-rated musical for a social media influencer, I composed the music for two modern-dance pieces (with the brilliant choreographer Leah Zeiger), and I released a bunch of singles for my artists project Berlin w/ Strings.

Any advice for finding a mentor or networking in general?
Authenticity, authenticity, authenticity. Be yourself and be actually interested in people’s stories and understand that everyone has value to this community. Conversely, don’t let anyone determine your own value and self-worth. Not every opportunity is the opportunity for you, and even if you’re just starting out on your path, having self-respect is vital. There are infinite ways to grow and learn and step out of your comfort zone in Los Angeles; being strategic can mean being picky. 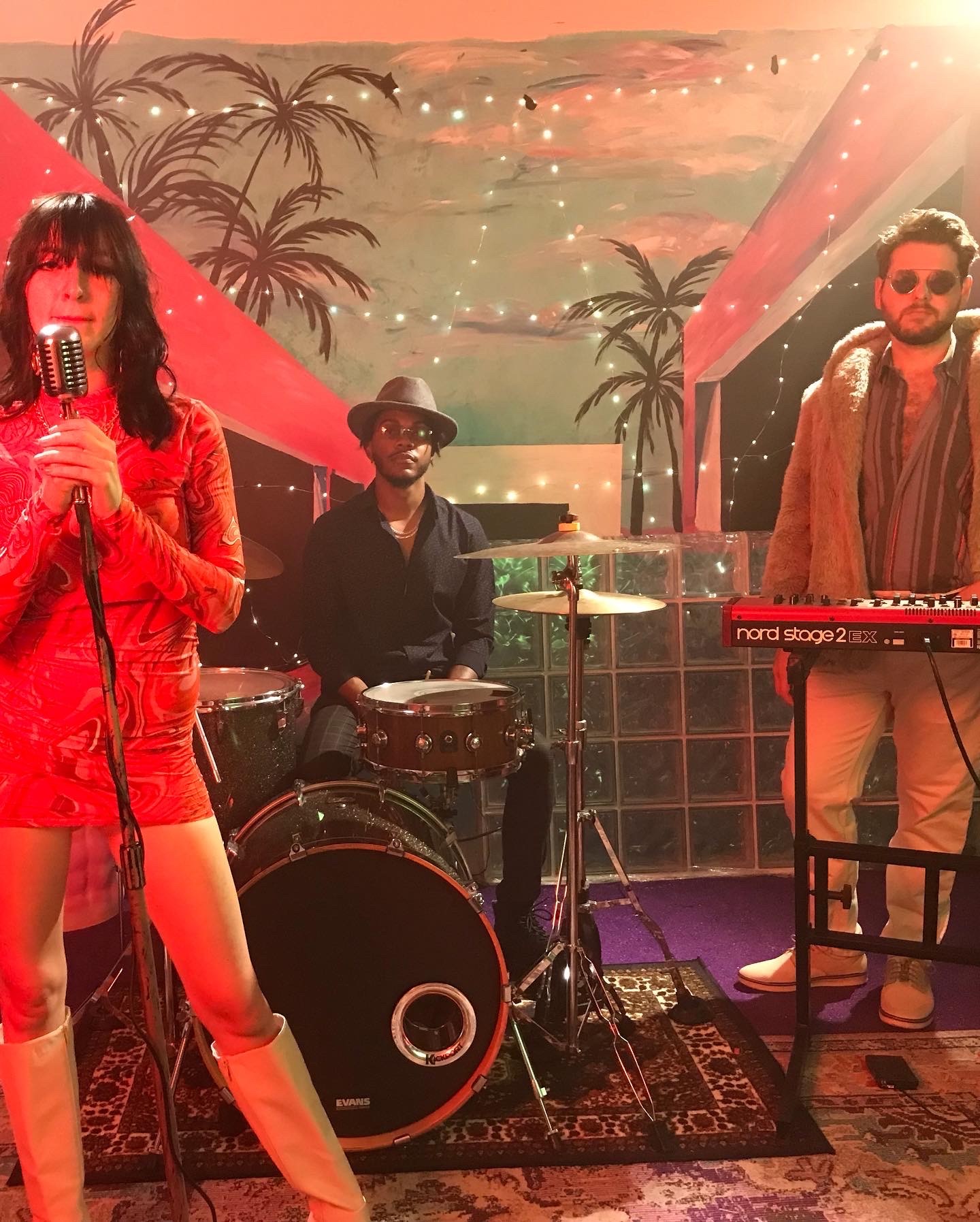 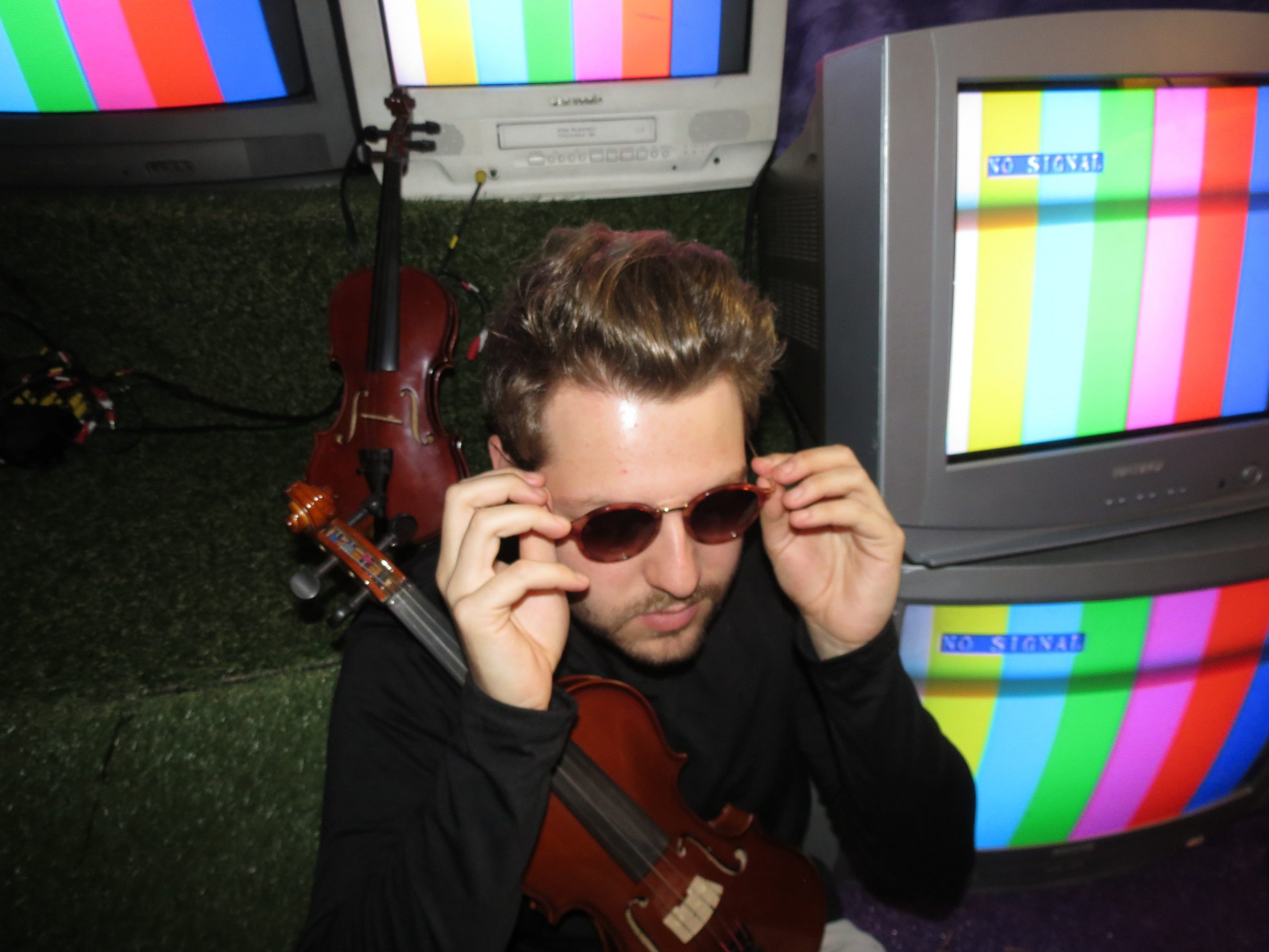 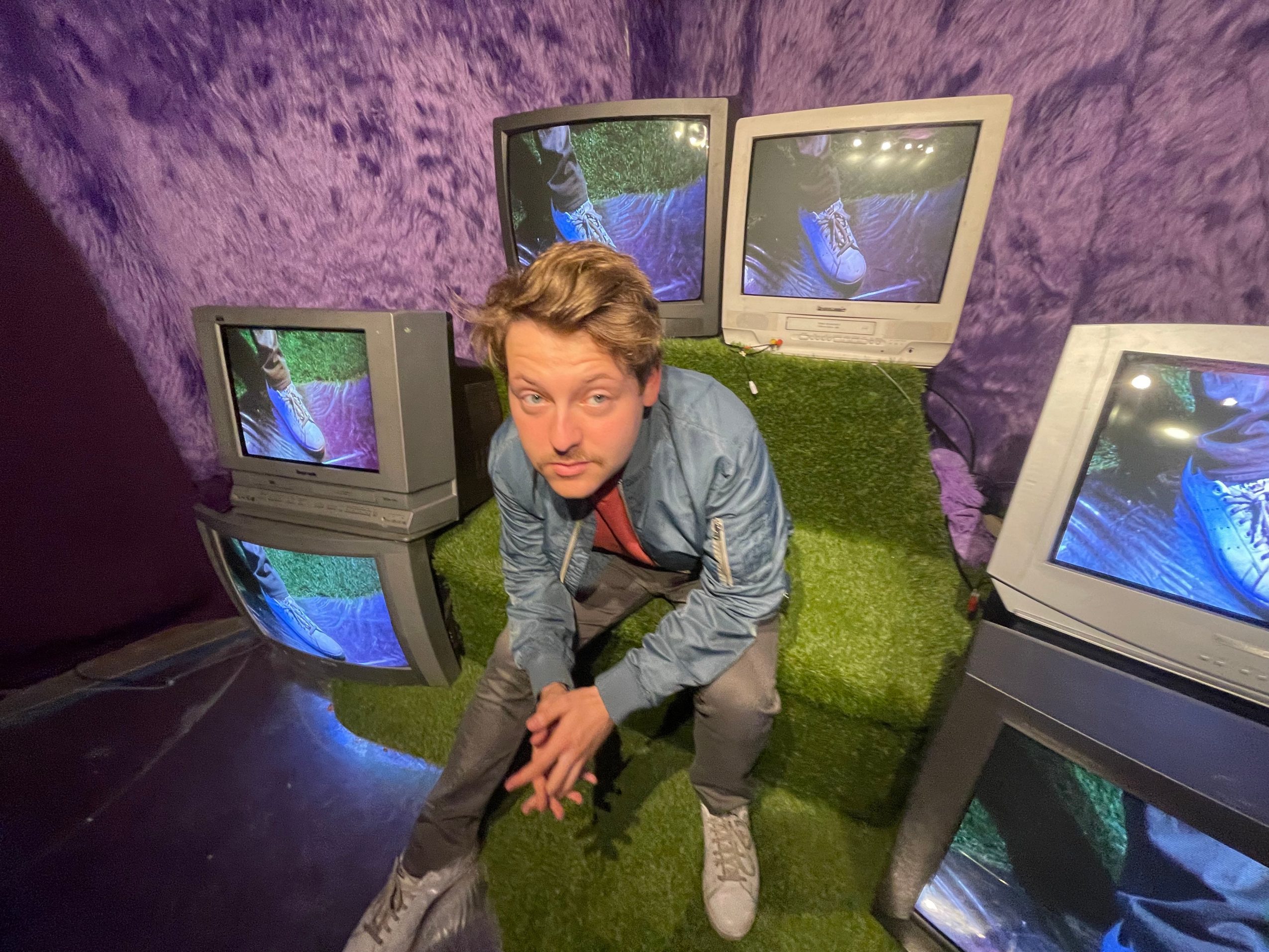 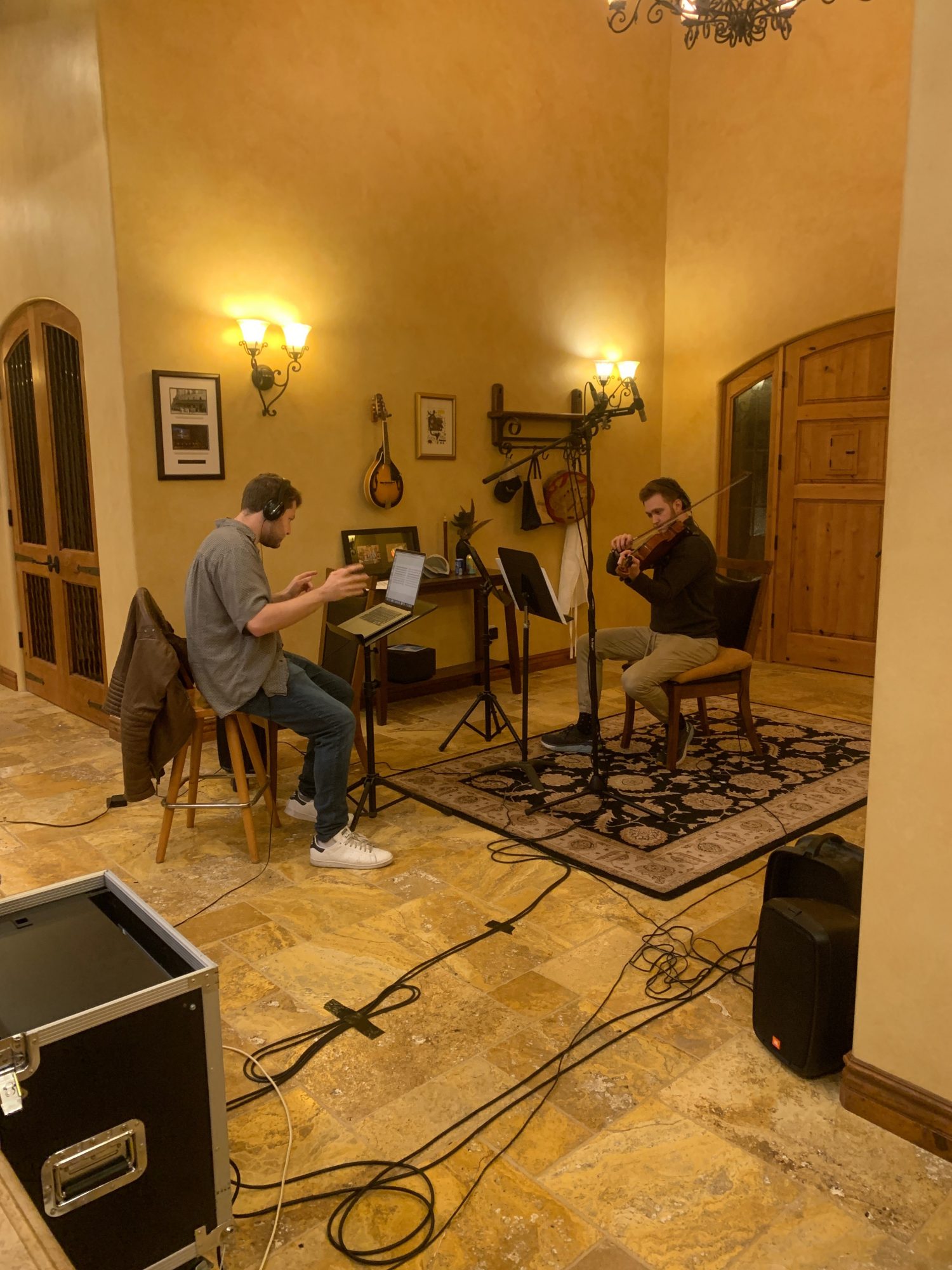 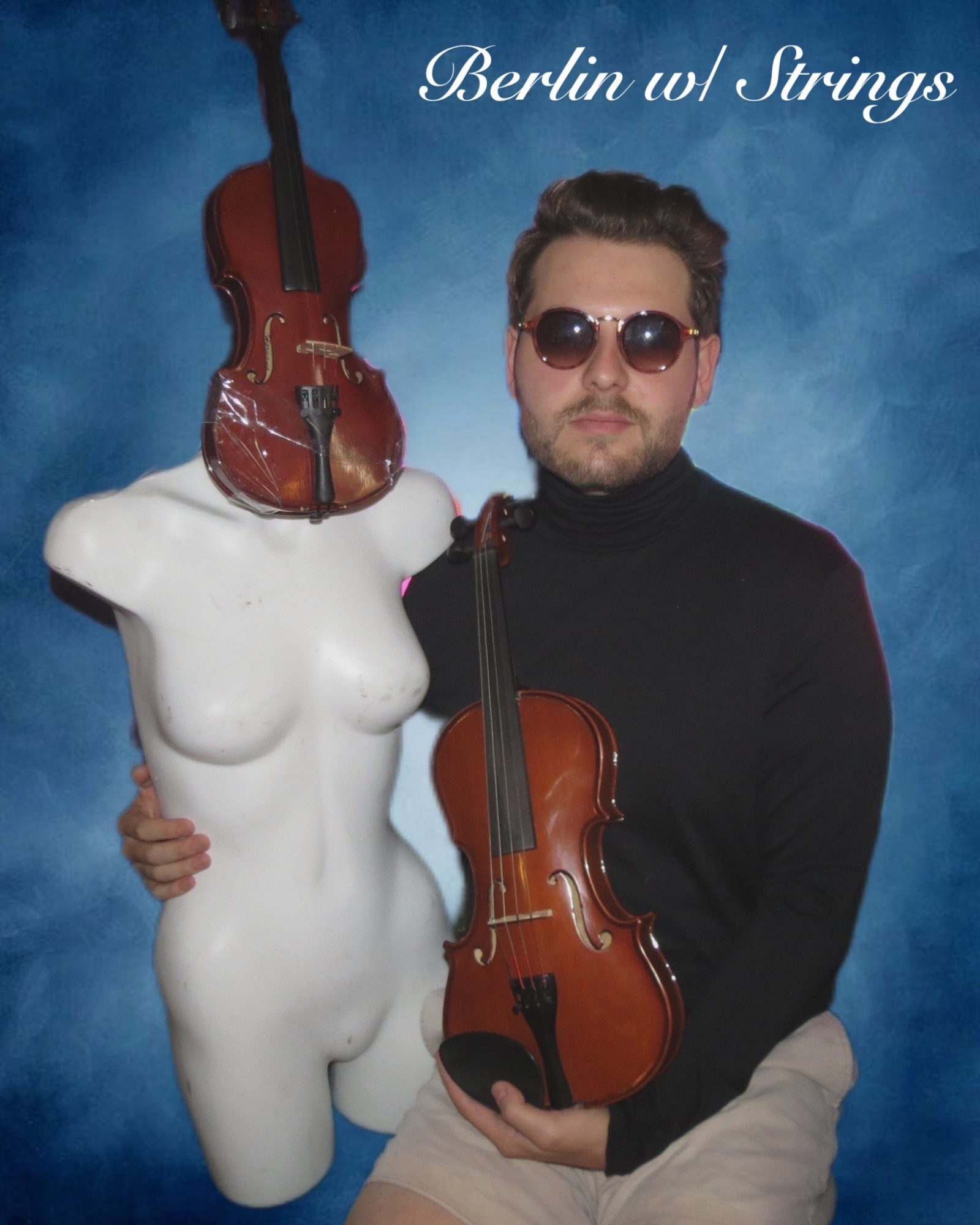