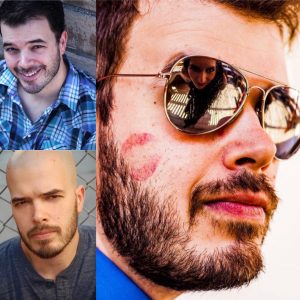 Today we’d like to introduce you to Matthew Wayne Roberts.

Matthew, please share your story with us. How did you get to where you are today?
Well, the NFL didn’t draft me out of high school, so I’m an actor. I grew up in a small city called Clinton, Illinois. I’ve always kind of been the quiet introvert type. And I was the kid who took my dad’s video camera and made videos of characters or little sketches for my own amusement.

Growing up, I did plays and productions with my church. I did not take part in our high school’s theatre program, which was something that the faculty at the time kept asking me to do. But I lacked the confidence for it. I didn’t think I had the talent of some of my peers. I didn’t like the idea of auditioning and not getting apart. Church was safer. They didn’t NOT give you a part in the church plays. But for school productions, I didn’t participate. Looking back, that’s one of my regrets. I wish I had.

From there, I attended Southern Illinois University in Carbondale where I spent my time studying cinematography and film for a couple of years, creative writing, and took an active part in their theatre department. Between those three areas of study and even being in a band for a while, I took those chances I hadn’t before. It was like being a kid again. I fell in love with being a Creative. It’s a strange duality being an introvert with a desire to perform. But what can I say? I am as God made me. And I developed a passion for this. I had to pursue it, no doubt.
The opportunity to move to Los Angeles came up and I took it. I’ve been living here for ten years now and still pursue what dreams I’ve always had. I’ve learned a lot along the way. I worked at a casting studio in Hollywood for a number of years where I learned so much about the casting process and worked in the room with casting directors. I think every actor should do that, if they get the chance. I have been fortunate enough to professionally book a handful of roles in my time here. However, the biggest lesson I’ve learned is that original content is key. I – along with my wife, Kelly Love – work with our own production company, ToeNale Productions, to achieve our own goals. We have a few sketches and short films under our belt. One of our shorts, THAT’S MY TIME, has been going through the film festival circuit this summer and has done rather well considering we had no real budget and a rushed schedule to get it made. We’re really proud of it. We’ve even managed to gather a few nominations and awards, which has been an unexpected bonus.
Along with all of that, theatre and live performance is also necessary. I’ve worked closely with The Loft Ensemble Theatre for a number of years now. With them, I’ve done numerous productions, as well as a play I wrote called HARD TO BELIEVE. That was a challenge to be the playwright, co-director (with Madylin Sweeten-Durrie), and actor as it was three One-Act plays linked together as one full-length play. But the challenge is what weighs its worth. It was a true highlight for me personally.
To keep active lately, I’ve worked with acting coach Jamison Jones, who has great insight on the craft and the profession. And here I am, working to be an actor, voice actor, writer, filmmaker, musician, artist, the occasional stand-up comic, all-around storyteller. I’m always working on something. Except for the NFL, of course.

Great, so let’s dig a little deeper into the story – has it been an easy path overall and if not, what were the challenges you’ve had to overcome?
Definitely not a smooth road. Very bumpy. At times, there are roadblocks or the road’s just out. There is nothing easy about this. It’s a gamble on sacrifice. And it can be a slow, tedious process with little reward half of the time. So you have to really love it. And I do.

Most of my struggle has been the obvious financial burdens that never seem to go away. There was one year that I was living in what was practically just a walk-in closet. Much of my time, I’ve had to set career goals aside without losing sight of them. For a couple of years, I balanced and worked six jobs at once. Most days, I would work two or three jobs in one day while still trying to actively pursue my own goals. It can be exhausting.

On top of that, you have to keep reminding yourself not to compare yourself to others in this line of work where it’s constantly thrown in your face. That can also be exhausting. And I’m just a guy! I don’t think I’d put up with what I know and see women deal with day to day, especially in this industry. But all in all, as difficult as it can get, I wouldn’t trade it. When it goes right and well, it’s so worth it. So I persevere with my three F’s – faith, family, and friends.

We’d love to hear more about your work and what you are currently focused on. What else should we know?
Of course, thank you.  Especially with the circumstances we are in, we are very focused on our work with ToeNale Productions.  I admit it’s a silly name I made up when I was a kid. But we like it. The slogan I came up with for ToeNale Productions is “Storytelling one clip at a time.” It makes me laugh. The idea is to create original work for ourselves and friends of ours with our films and stories. We want to try things we may not otherwise get the chance to do. So we work with people we know and challenge each other. We do plan to continue with more short films and, if we can get by the current events, we have a fun feature film we’re itching to get made. We also have done demo reels for actors. We have even started from scratch for demo reel scenes. We can write up a one or two-page scene, then shoot and edit it.

Do you look back particularly fondly on any memories from childhood?
The day I was born was kind of a milestone for my life. I wouldn’t be who I am today had that not happened. 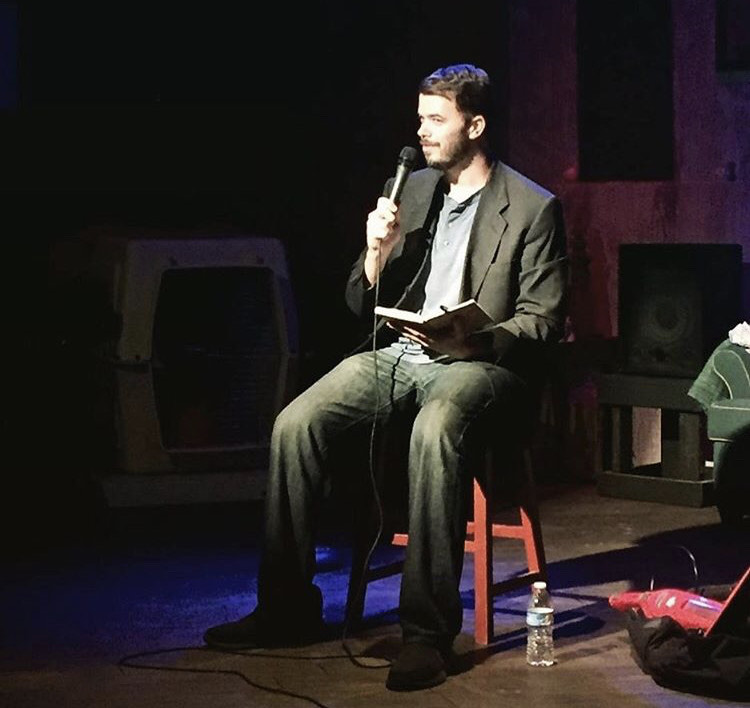 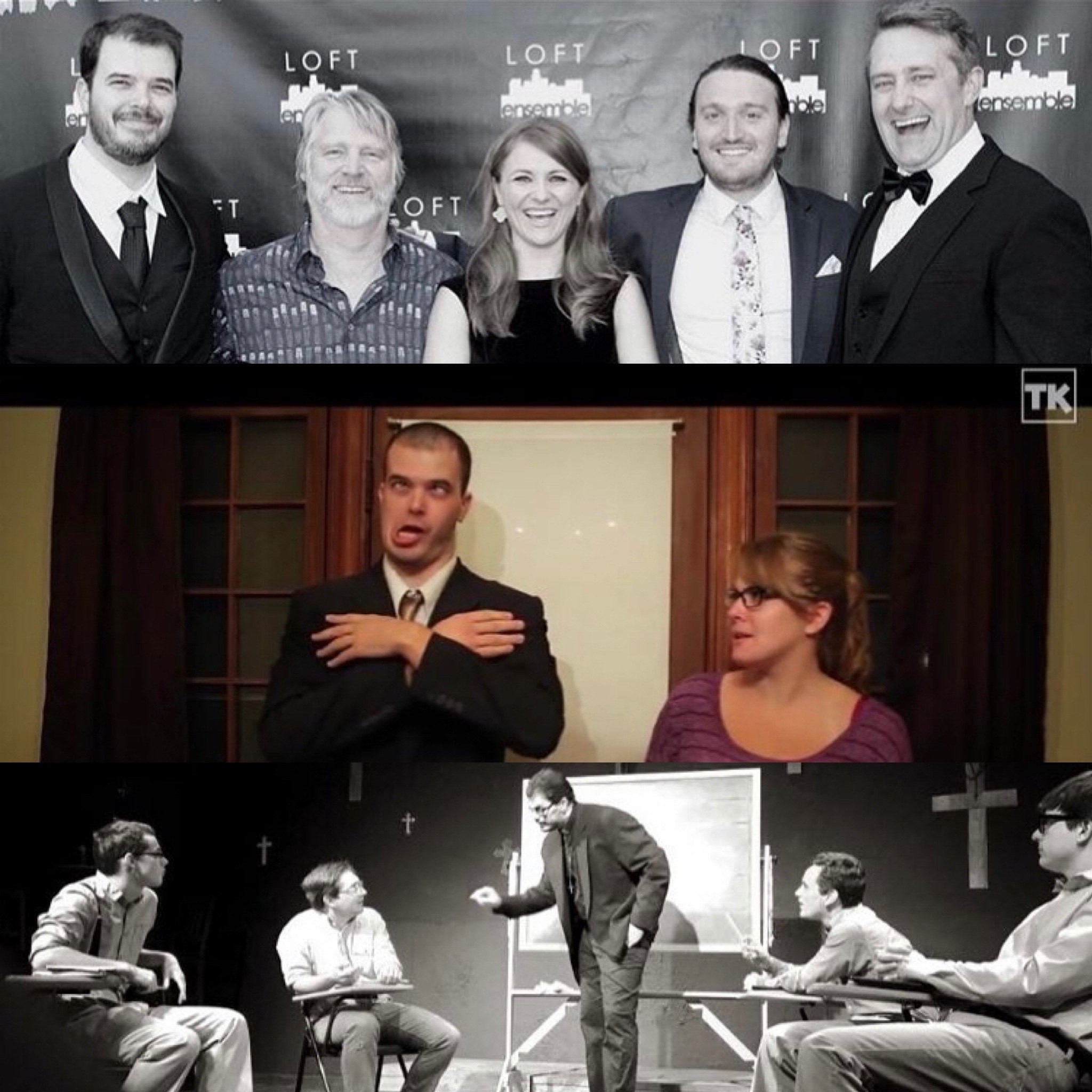 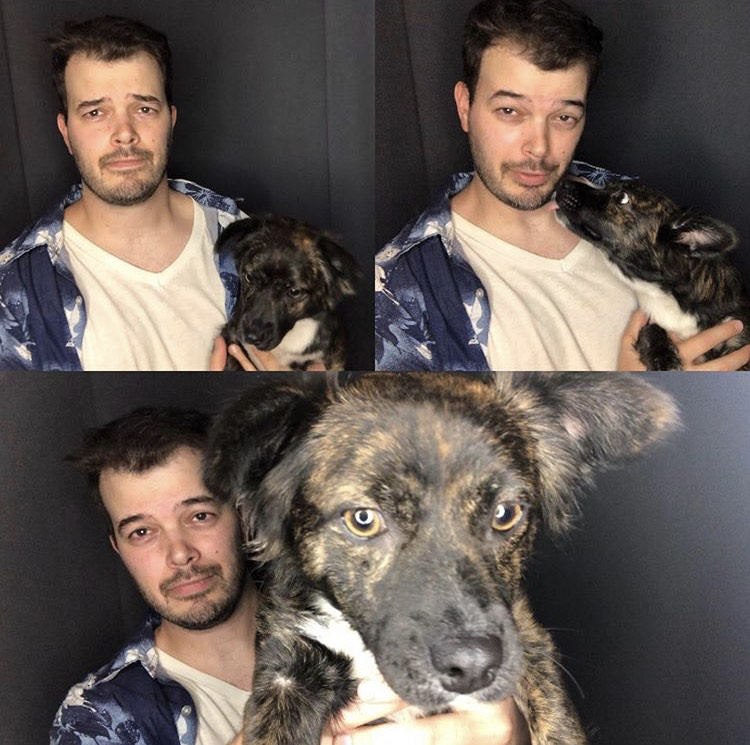 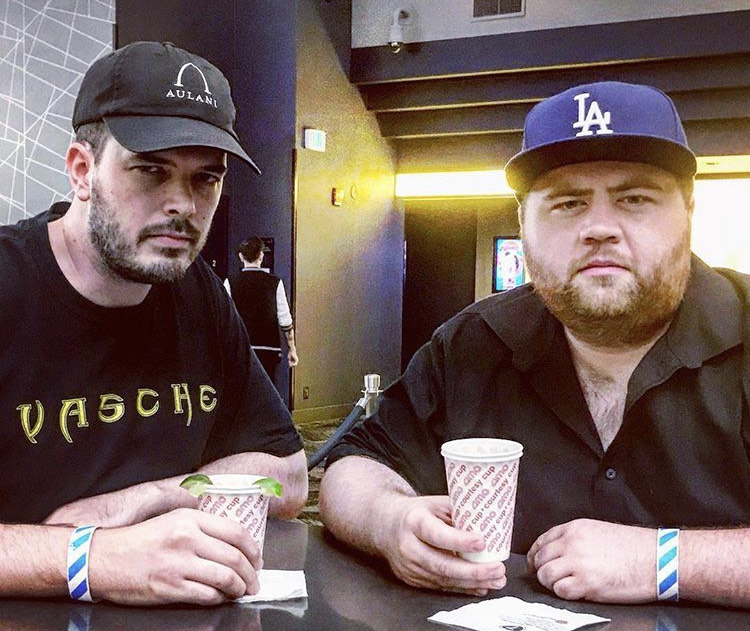 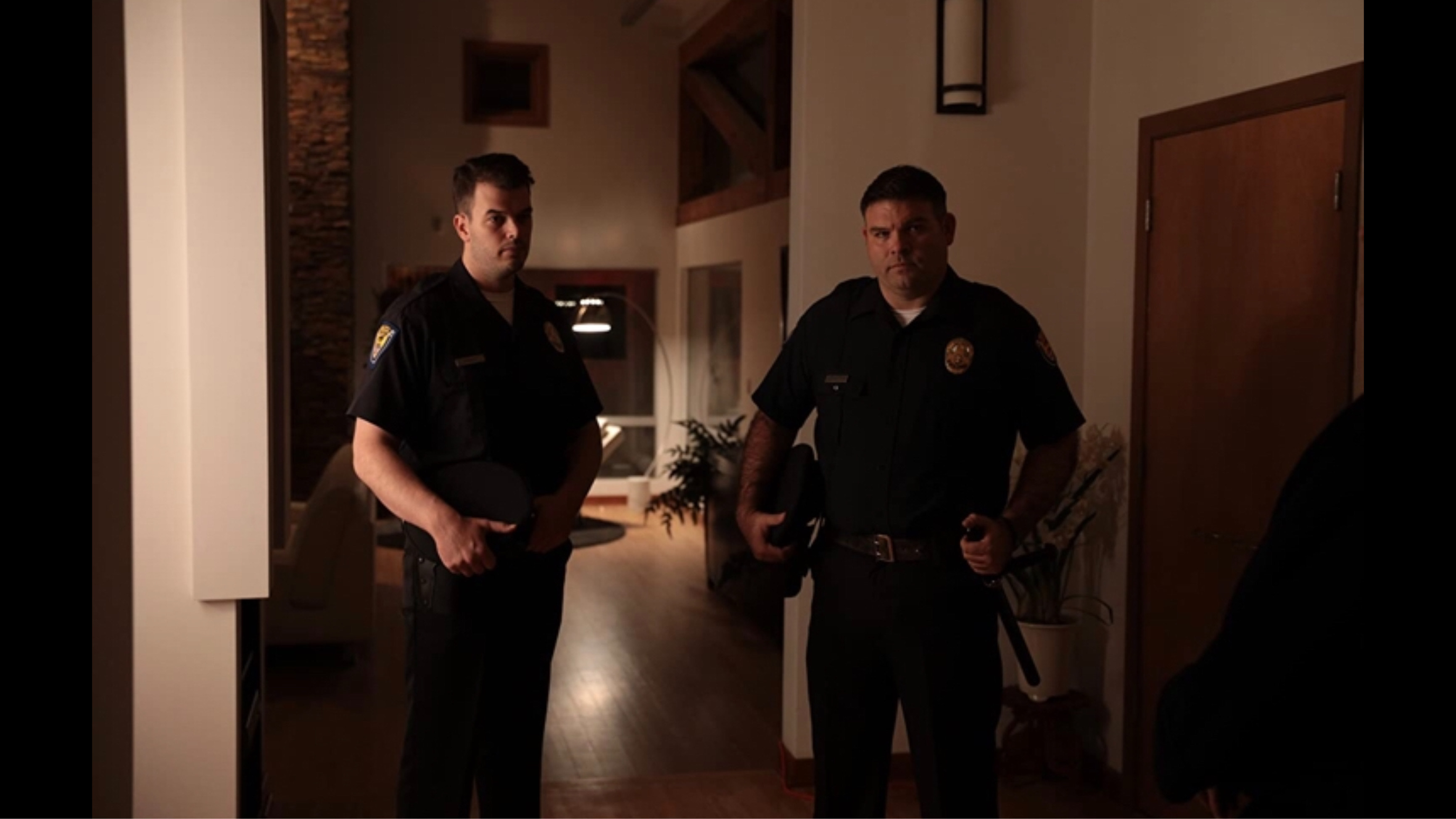 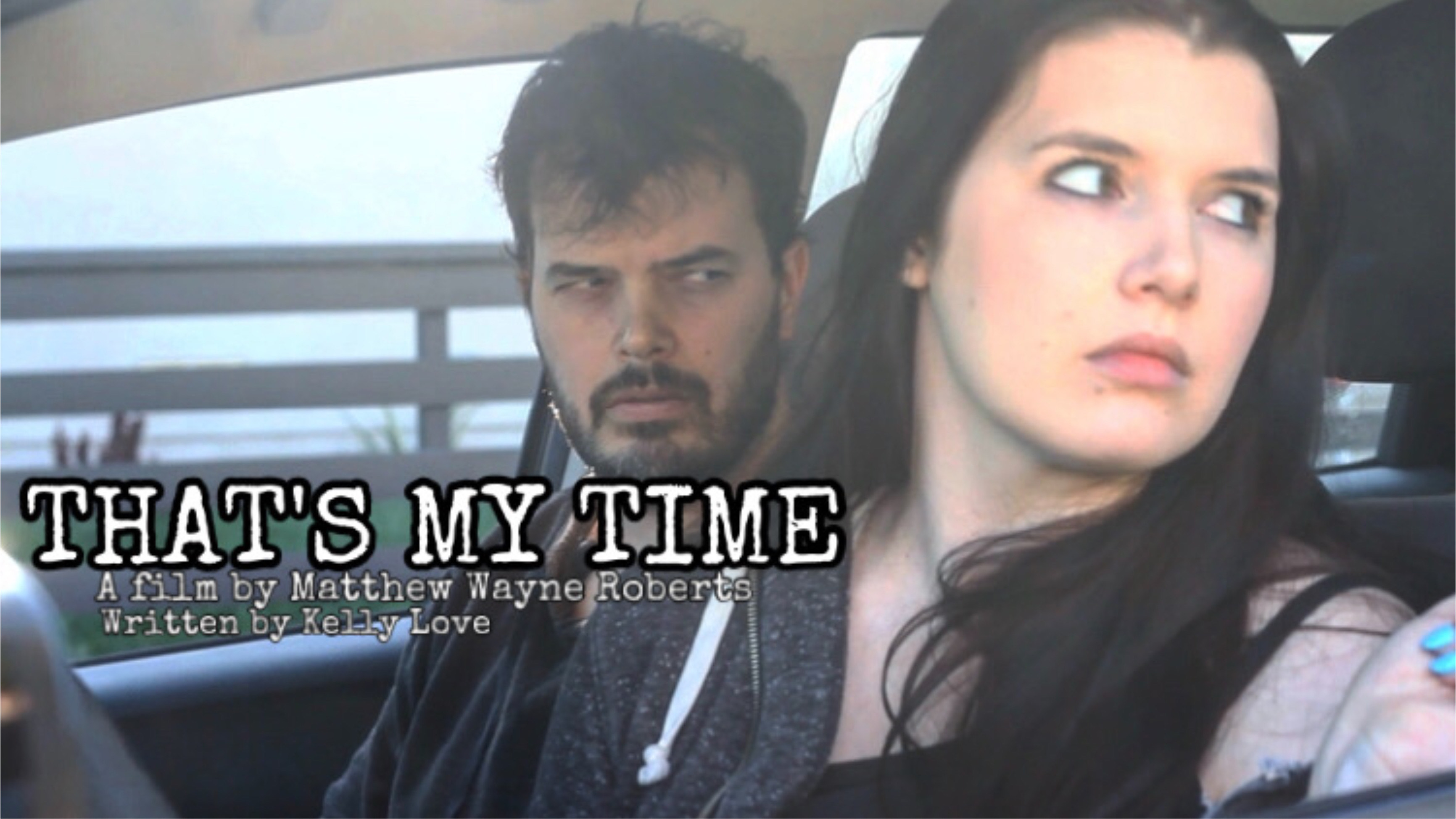