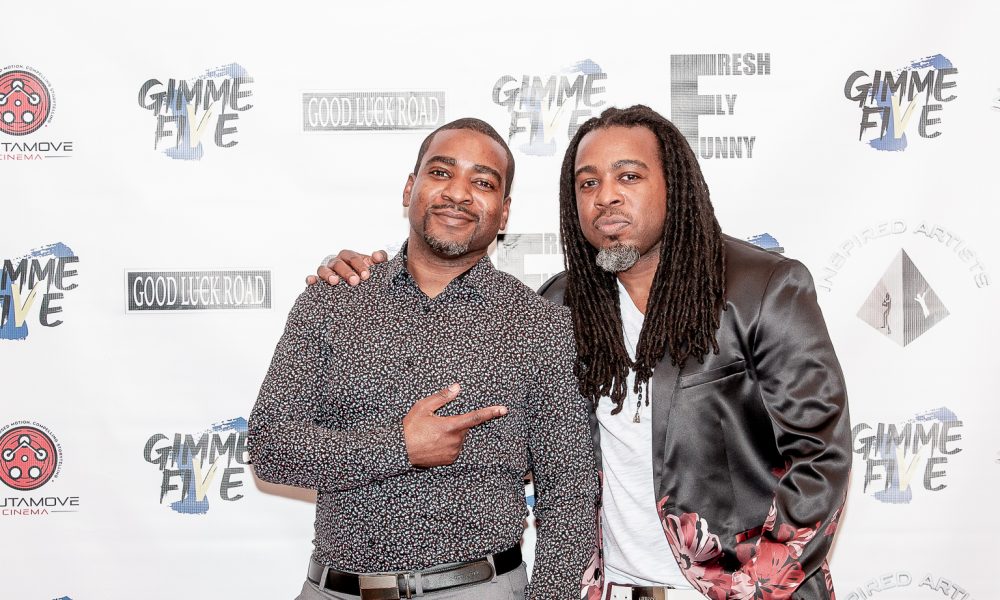 Today we’d like to introduce you to Matthew and Mark Watson.

Matthew and Mark, can you briefly walk us through your story – how you started and how you got to where you are today.
Mark and I both moved from Maryland to Southern California with the aspirations of working in the entertainment industry. Over a decade ago, Mark and I wrote a web series, Almost Famous, that we wanted to act in. After the first day of filming and paying the DP we hired, Mark thought, why not invest that money into ourselves? So instead of moving forward and paying someone else “x” amount of dollars a day, we invested in a DSLR and filmed the rest of the series ourselves.

At that point, we formed GLR – GoodLuck Road Films. It’s named after the neighborhood and street we grew up on. We reflected on the days turned to nights spent on the basketball courts and the football fields, as we competed relentlessly with the kids in our neighborhood. We were known to be very scrappy and we never backed down from any challenge.

Now we’re not ashamed to say that we had no idea how to use the camera or even go about filming the series. But we look back on those times fondly. That “not knowing” has driven Mark to be the man that knows it all. Mark can be a one man wrecking crew. Now he’s guiding his clients start to finish on their projects, as well as creating, directing, and filming his own.

The photography was added about a year ago. We are both fathers and family men. I had been taking family photos for years. Once I hung an image up on my wall that I made and edited, I fell in love with creating stories through stills.

Great, so let’s dig a little deeper into the story – has it been an easy path overall and if not, what were the challenges you’ve had to overcome?
No, it has not been a smooth road. We have faced obstacles that we’re sure a lot of other people working in the film industry have faced. Lots of broken promises, people saying they can do things that they can’t/don’t/won’t deliver on. A lot of people trying to grow in the industry are faced with a certain catch 22. People don’t want to hire you because you lack experience, and you can’t gain experience because people don’t hire you. We just kept working and working, learning our craft. We don’t wait to be hired. We are always creating something. We are still in one stage of production or another; pre, post, or shooting.

Please tell us about GoodLuck Road Films and Photography.
GoodLuck Road Films is a full fledged production company. Were produce everything from corporate video content to feature length films. What we believe sets us apart from others is whatever we want, we finish. We most recently produced a full season of a show called “Gimme 5”. During the red carpet premiere, the star of the show, BT Kingsley, told a story of how he came to meet Mark and GLR. He mentioned that he was referred to Mark because he was having trouble getting his feature film finished. In comes Mark to clean up the mess that was made by the people that abandoned the project. Now that film will be released later this year.

When I first started our venture into professional photography, I asked a lady if she would be interested in a photo shoot. She responded, “Do regular people do photoshoots?” I felt she was implying that photoshoots are reserved for models and actors. That conversation shaped my approach to the business of photography: it is all about showing love. Yeah, you can show your career some devotion and invest in headshots. Or maybe you want to show someone some love with a couple’s portrait. But also, we all have beauty in us and deserve to show ourselves some love with a personal portrait session.

Also, what sets us apart, is we genuinely love embracing people we work with and treating them like family. As I said before, we are both family men. And the people we work with, we enjoy spending time with them and often invite them into our homes. We want to love who we work with. We are creating art! And we love the process.

Do you look back particularly fondly on any memories from childhood?
Ah, a favorite childhood memory… We have had several memorable moments from our childhood growing up. I think back to our family trips with our parents and sister when we would drive down from Maryland to Florida. Holidays were always special, as well as when we would spend a week at our youth summer camps.

But I will speak briefly on a small moment that meant a lot to me, specifically. One winter- I was maybe 14 at the time and my brother probably 17- we decided to play football in the snow. We called our friends and asked if they wanted to join, and a couple of friends did. We met at the park on GoodLuck Road and started throwing the ball around. Also at the park were these two huge guys, and my brother would go on to find out that they were college football players from out of town and they were trying to get some practice in. Mark, with goals of playing college football himself insisted that we play against those guys. I thought he was crazy! I’m a scrawny little kid. Those guys were going to kill me. But we split our other two friends onto the separate teams, then when three on three in the snow against those guys. I can still remember details of the game and the play my brother drew up to get us the win, and how he put me in a position to win the game. To some, this is just a playground ball. But to me, that’s when I realized that all we need is each other. And if we believe in each other, we can overcome any odds. 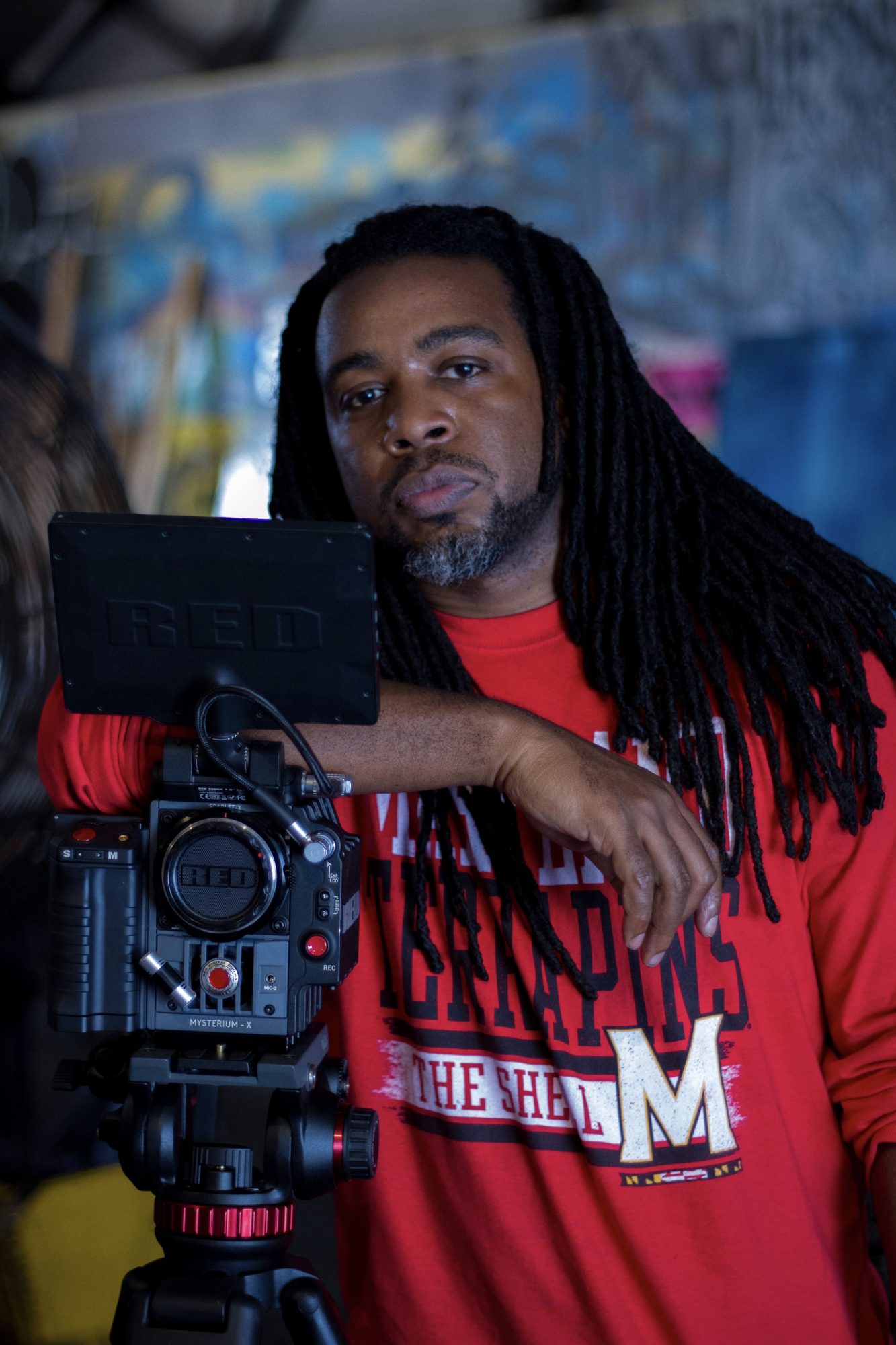 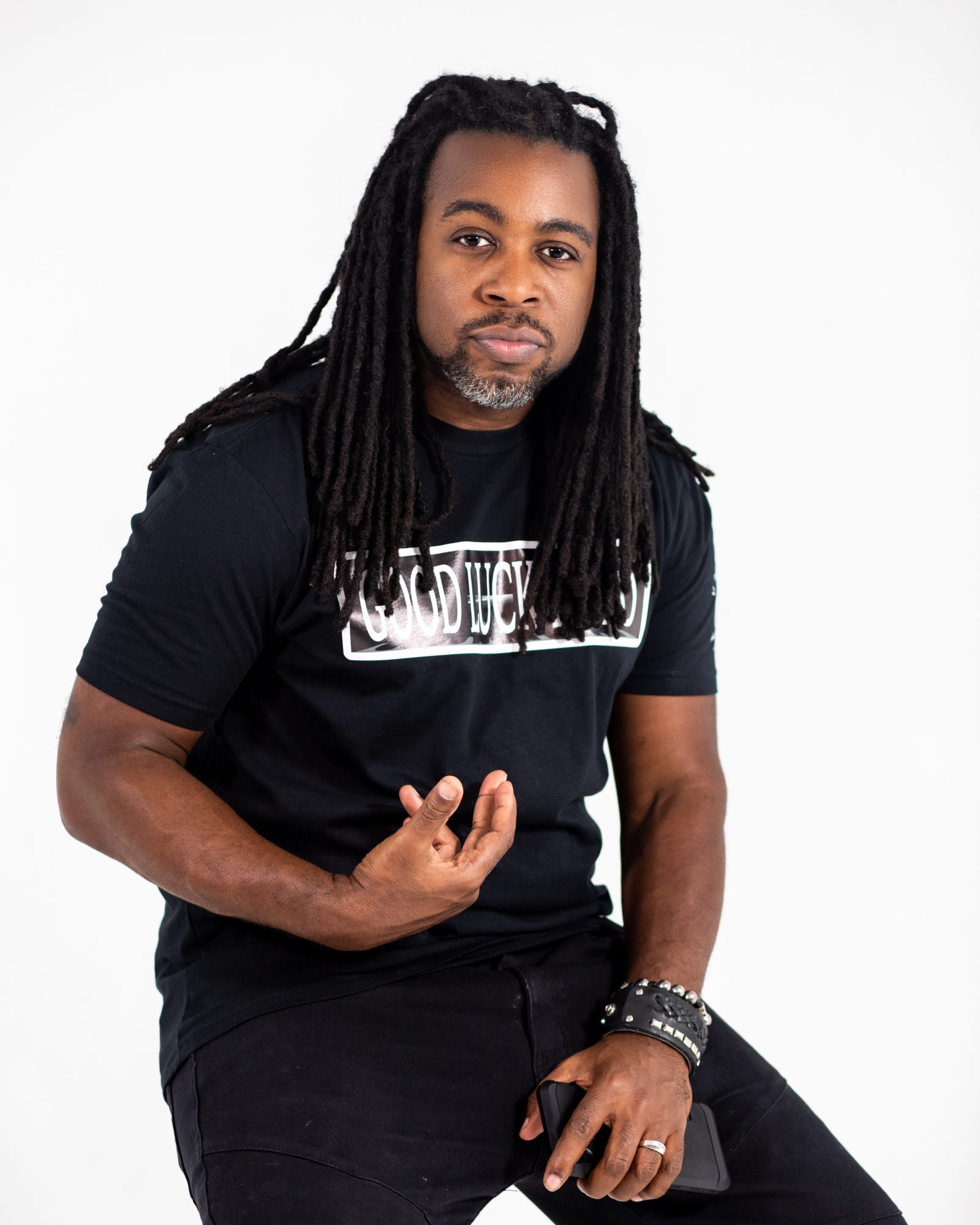 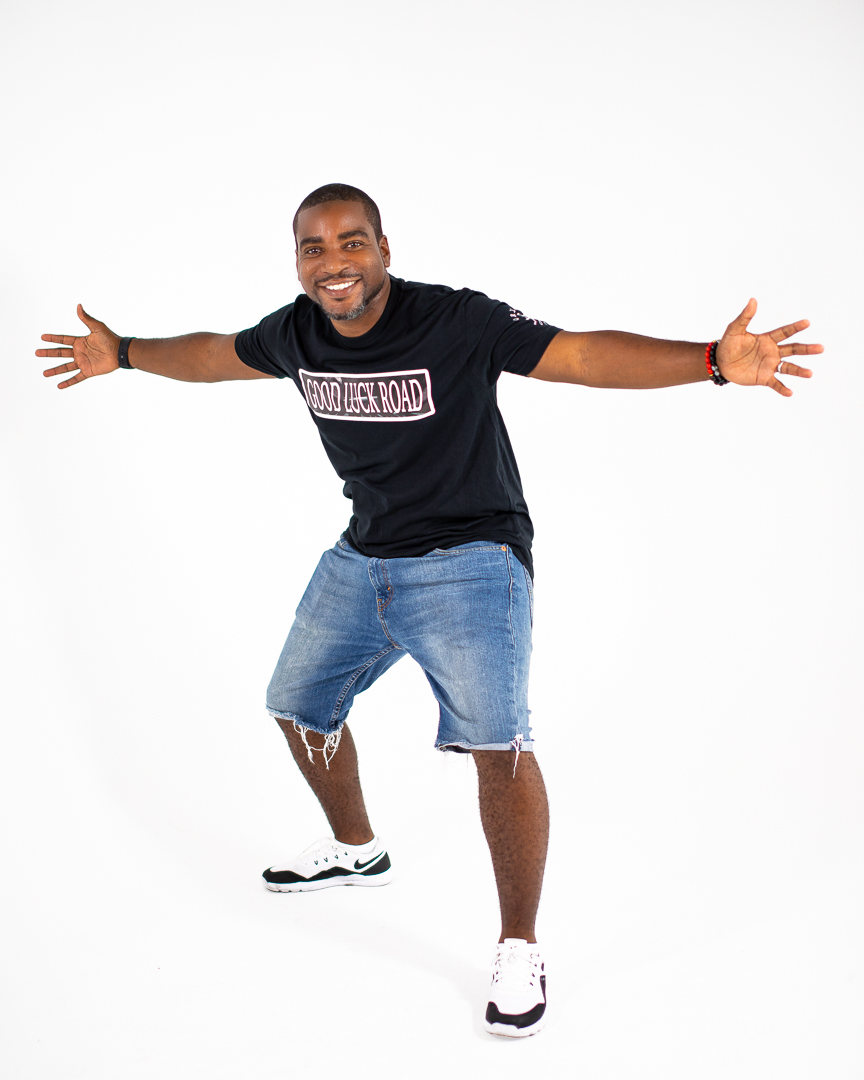 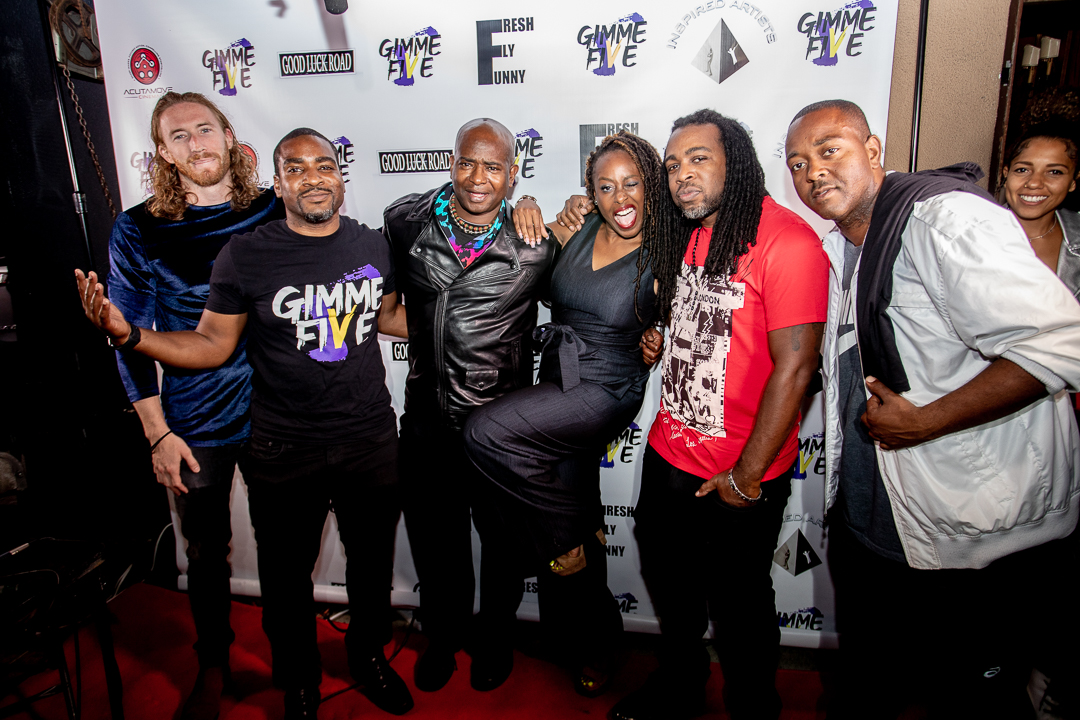 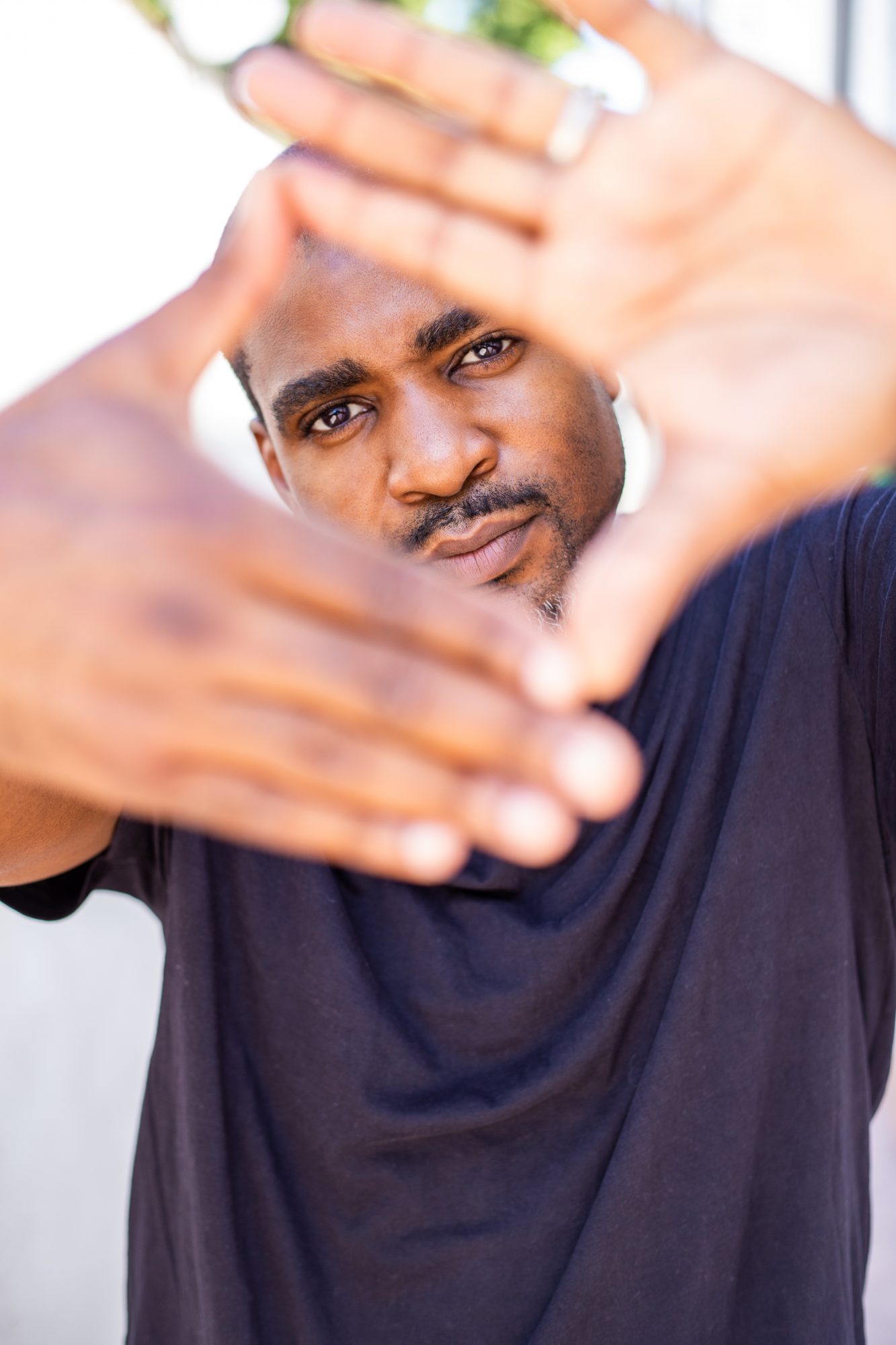 Image Credit:
Dion Sloan for the first one.
Me- Matthew Watson for all other pictures except red carpet photo.