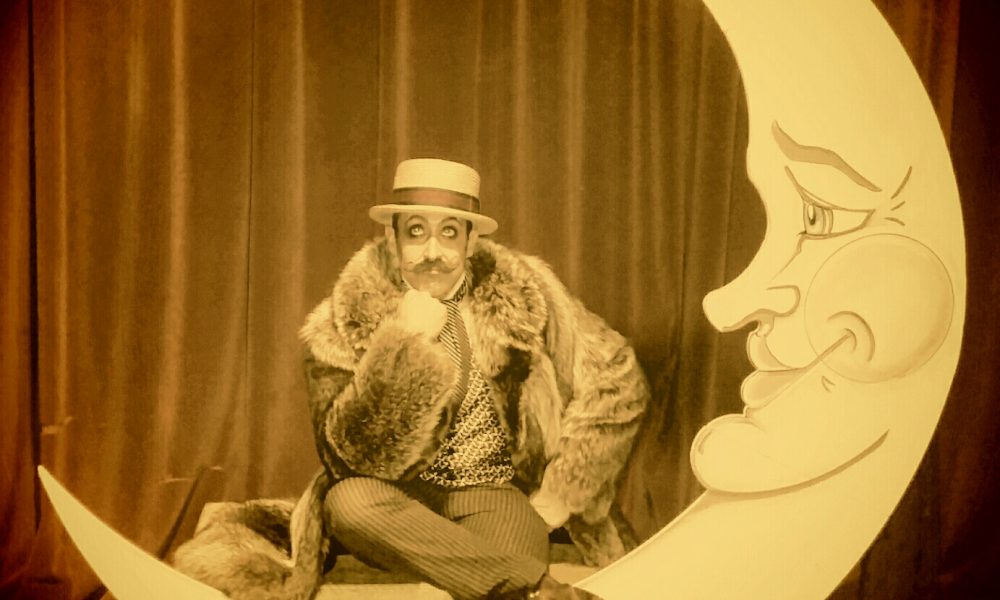 Today we’d like to introduce you to Matthew Scott.

Matthew, let’s start with your story. We’d love to hear how you got started and how the journey has been so far.
I grew up in Los Angeles in the 70s. At the time, there was a seemingly endless supply of puppet entertainment available. I watched Sid and Marty Kroftt’s Saturday morning programs with an almost religious fervor, as well as the Muppet Show every Monday night. I also had the extreme fortune to witness extraordinary live puppet shows.

At Busch Gardens in Van Nuys, I saw marionette master Phillip Huber performing with puppets by Tony Urbano, a puppet legend and creator of early Kroftt puppets. It was here that I was first taken by the spectacle, pageantry, and campiness of live puppet shows. On other occasions, I visited the Bob Baker Marionette Theater, where puppets would dance, sing, and cavort inches from my nose! It would be 20 years before I was reunited with these old friends. In 1996 I rediscovered the theater and signed on to become an apprentice to Bob Baker.

Our relationship later for 15 years. In that time I also seized every opportunity to travel and bring back new techniques. In Europe, I went into puppet theaters and learned new control bars and joints, I fraternized with Puppeteers to learn their methods and hear their stories.

In 2000 I built my first puppet show, “Freakshow Follies”, an homage to Todd Browning’s Freaks in the style of Bob’s musical variety format. Since that time, my style and skills have grown exponentially and looking back on it, it seems to me to be quite raw. But the passion and enthusiasm that I had for that show I believe is imbued with the characters. It remains one of my most requested shows to this day.

We’re always bombarded by how great it is to pursue your passion, etc – but we’ve spoken with enough people to know that it’s not always easy. Overall, would you say things have been easy for you?
Almost every time I perform, someone tells me “how charming, you are keeping a dead art form alive”. This double-edged compliment drives me nuts. I know dozens of Puppeteers, all working, all creating, experimenting and excelling in various fields of puppetry. It’s an art form that is far from dead. Christian and children’s shows have oversaturated the niche, and I feel that it contributes to an egregore of puppetry in a very limited scope. It’s difficult to sell an act to a producer or promoter, trying to convince them that it is just what they might need on their stage.

The same goes for an audience. People don’t have a very high expectation of a puppet act, what they may have seen somewhere else may not have set a high bar. But this is a challenge I accept gleefully. I’ve rarely left a stage without leaving my audience impressed, delighted, shocked, or slack-jawed. It’s an underutilized and underestimated field, the possibilities are wide open.

So, as you know, we’re impressed with Rasputin’s Marionettes – tell our readers more, for example what you’re most proud of as a company and what sets you apart from others.
I began Rasputin’s marionettes in 1999. Since then I built a new show almost every other year, expanding on the techniques and skills I learn as I continue to grow. My specialty is in cabaret marionettes, which means I perform in full view, rather than from a bridge over a puppet stage. As such, I try and make a connection with the audience, or with the puppet using myself as a character. But the puppet is always the star. Whether the character is bold and commanding of stage presence, or through a specialty truck built into it, I always try to make the puppet take the spotlight.

A lot of my gigs are as a variety act, whether it’s a sideshow, burlesque, vaudeville, or variety show. I don’t always have more than a few minutes to showcase what I can do, so trick puppets have become another specialty. I have puppets that juggle, play instruments, do a striptease, heck I even have a Christmas elf that ejaculates! Because my niche is adult audiences, I have much more allowance to play ribald humor for an edgy audience. This has labeled me as a bit of a wild card among some Puppeteers, but I play to the crowd. I try and give my audience the experience of something so delightful and magical, albeit outrageous, that they hope will remember that puppetry can break boundaries.

As well as my own live performances, I’ve been part of several theater shows. Again, the element of a puppet can elevate a performance by breaking the wall and surprising the viewers with the unexpected. I’ve done several music videos, television shows, commercials, and also take commissions for collectors. I’ve even been commissioned by an occultist to build a hollow puppet that was used as a Voodoo doll!

So, what’s next? Any big plans?
I’m so fortunate to have a core group of artists that collaborate with me on projects. We share ideas, find our strengths, lift each other up, and feed each other’s imaginations.

Every time we work together, ideas fly, and at this point, there are more projects than we would ever have time to see to completion. 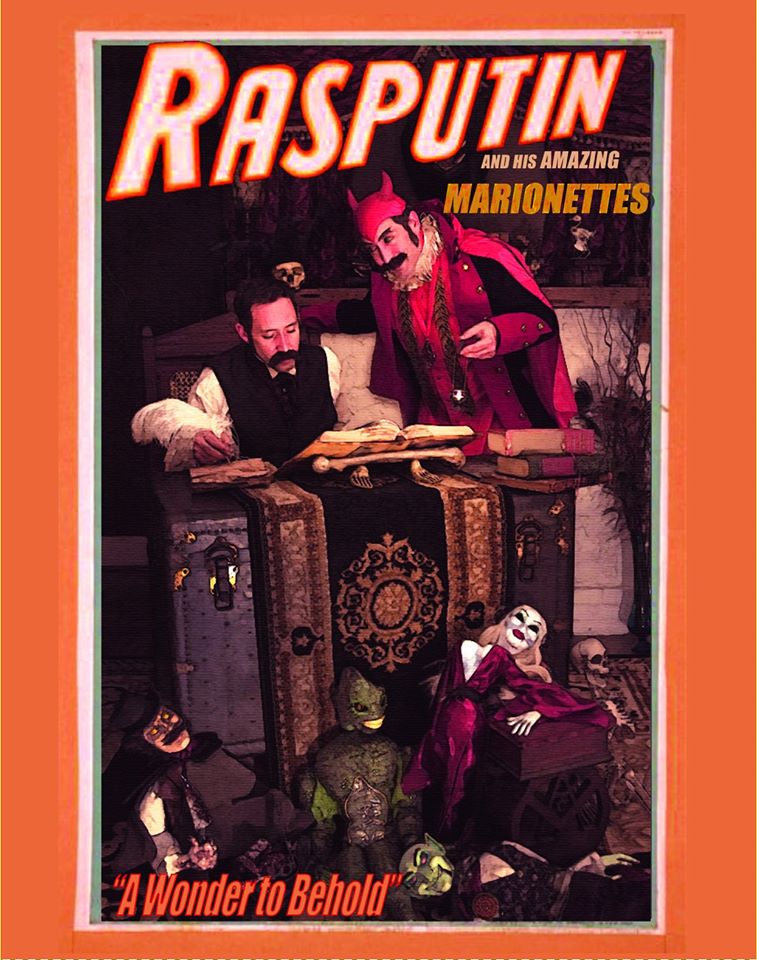 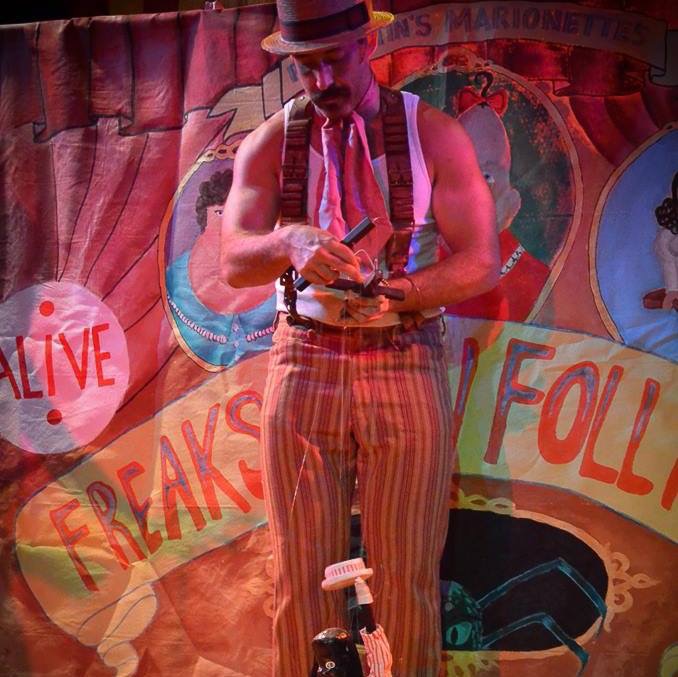 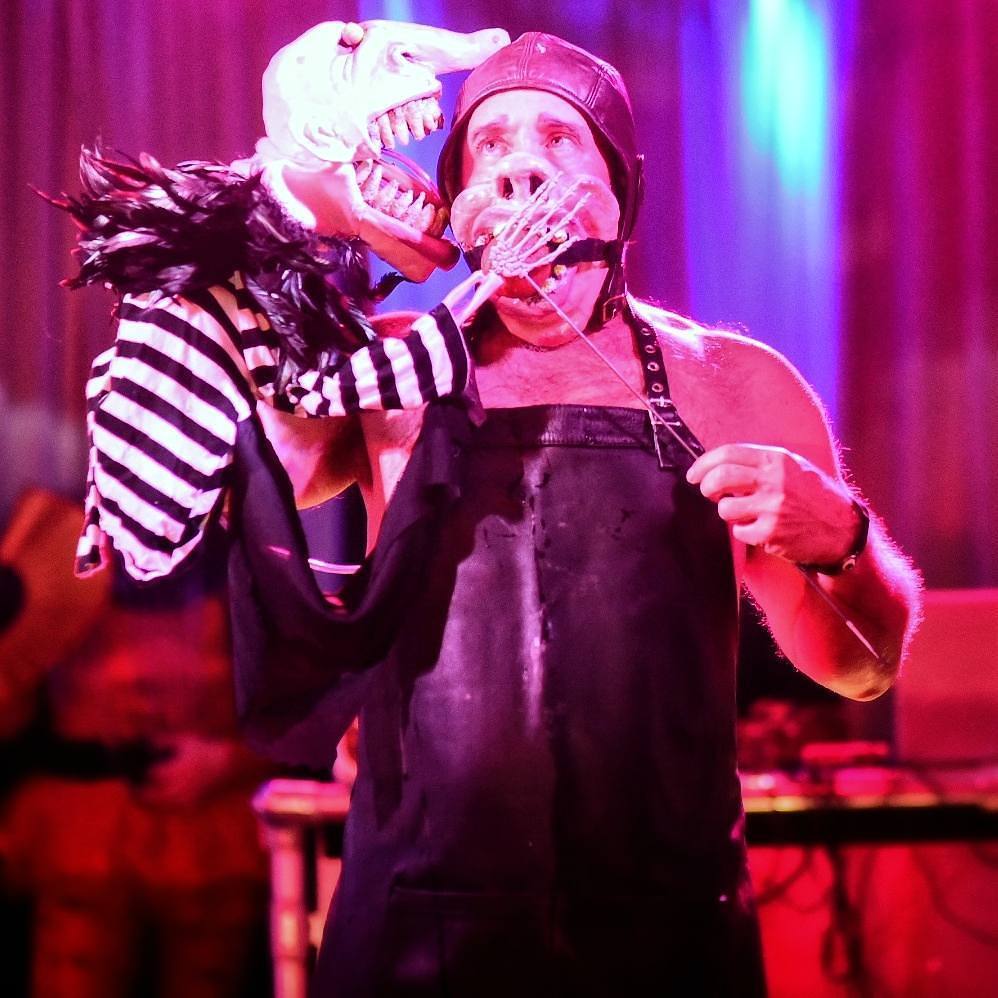 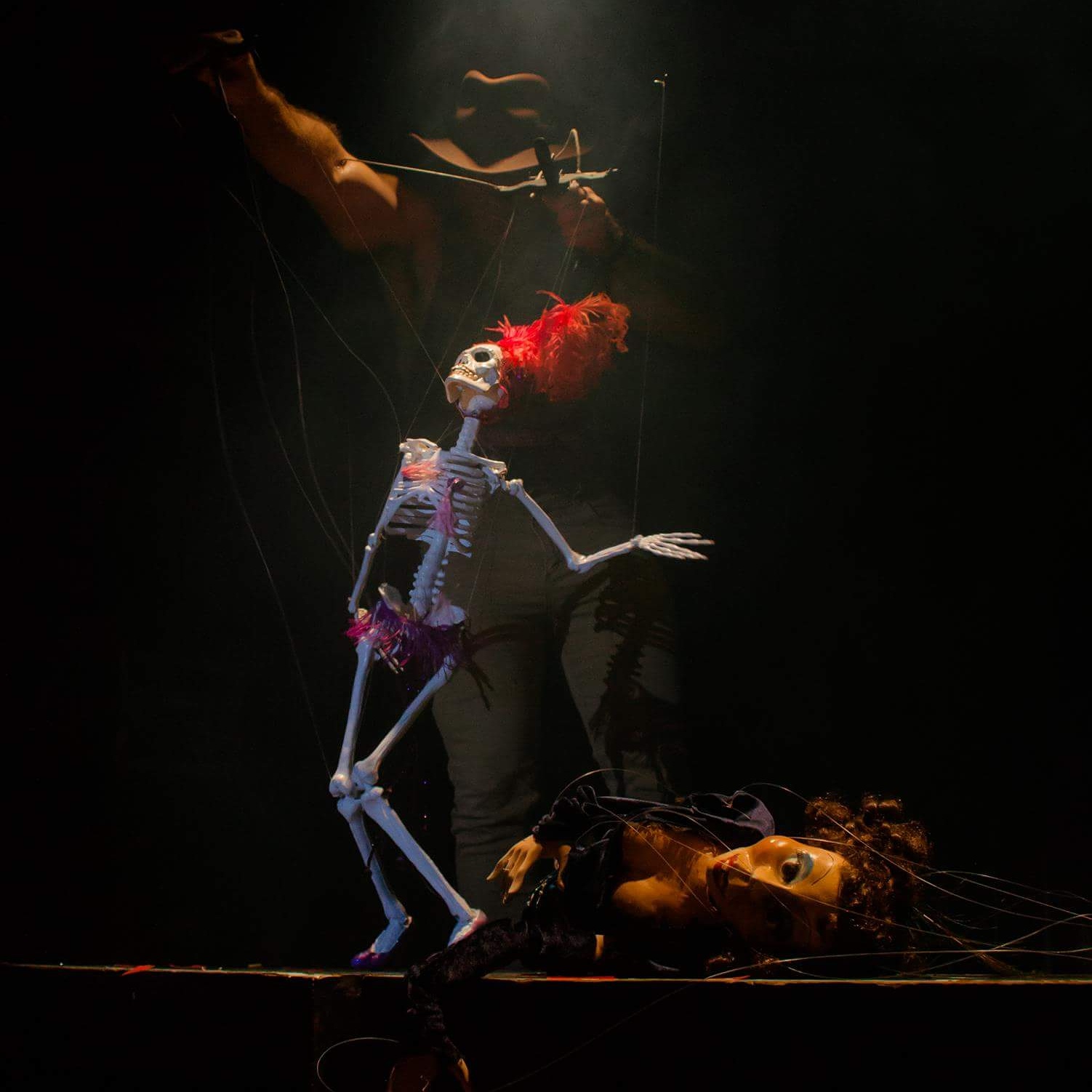 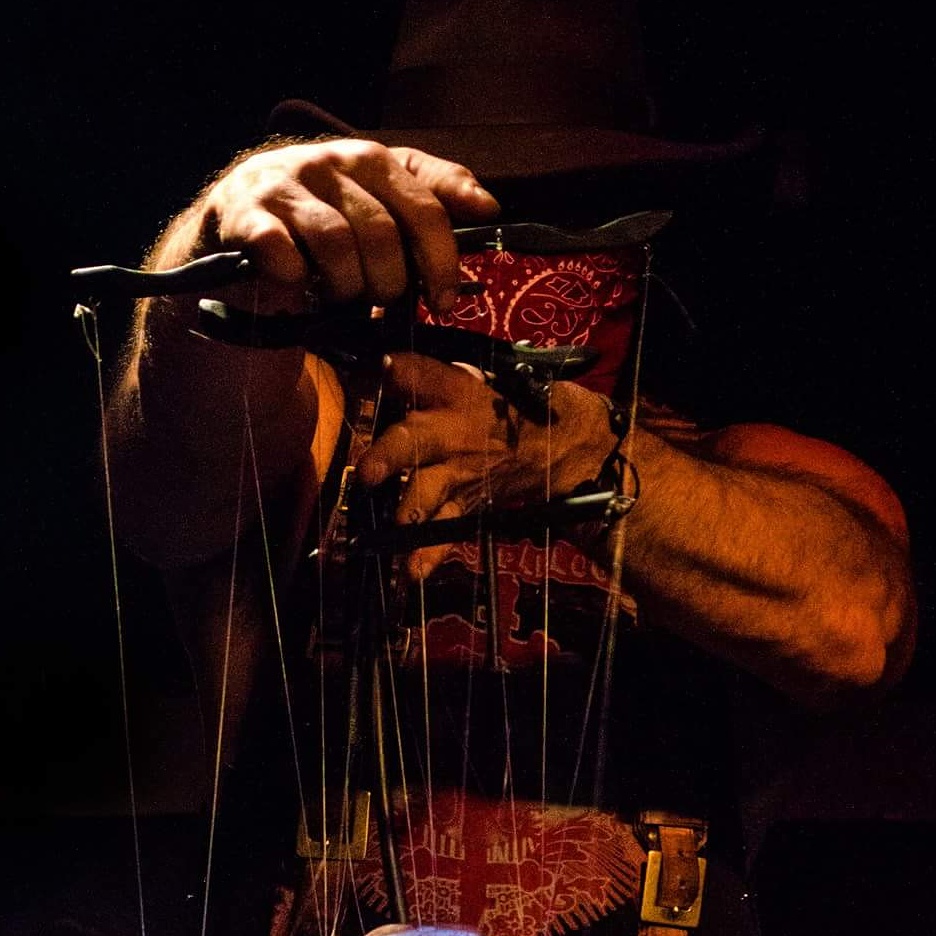 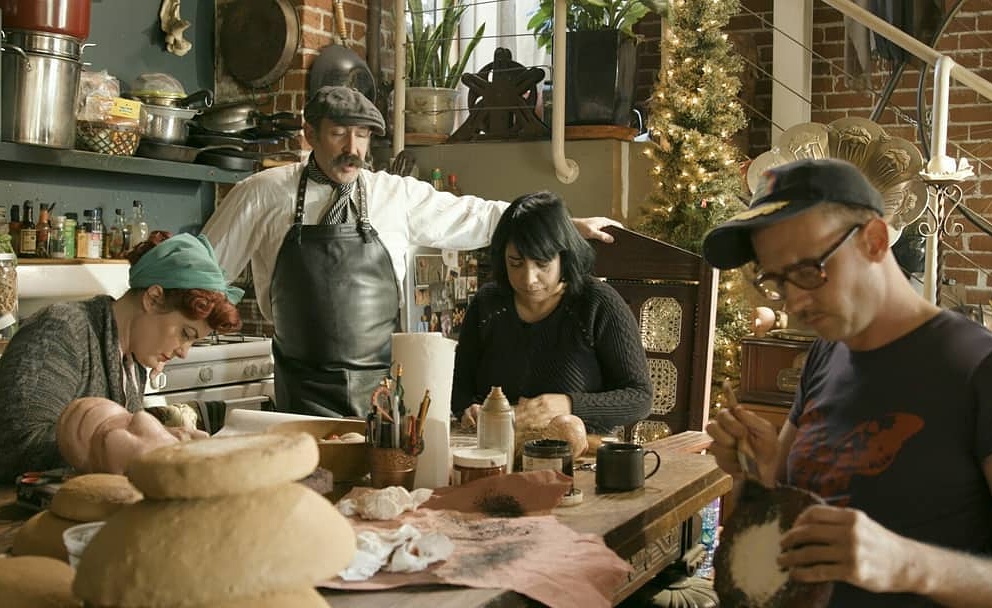 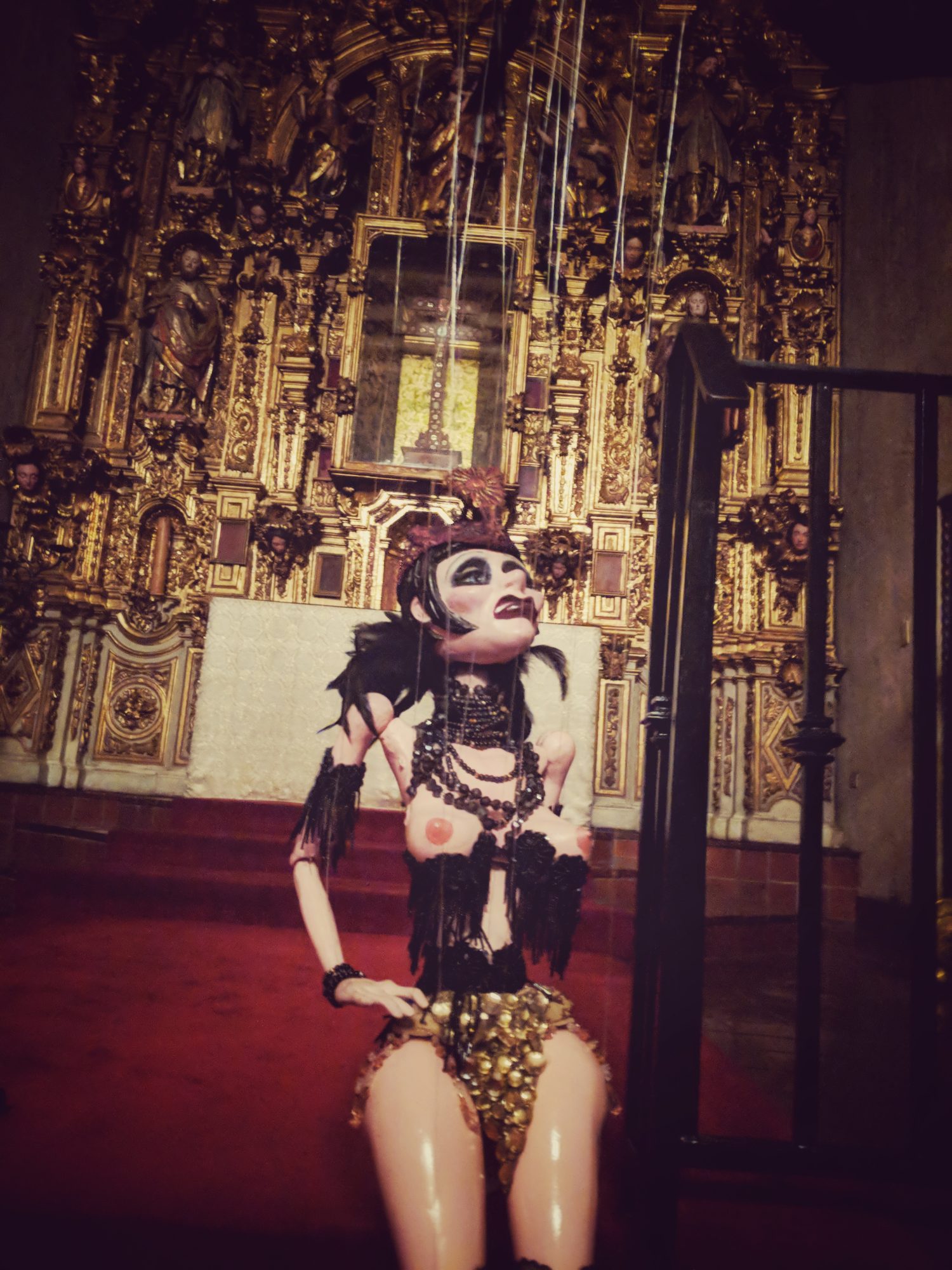 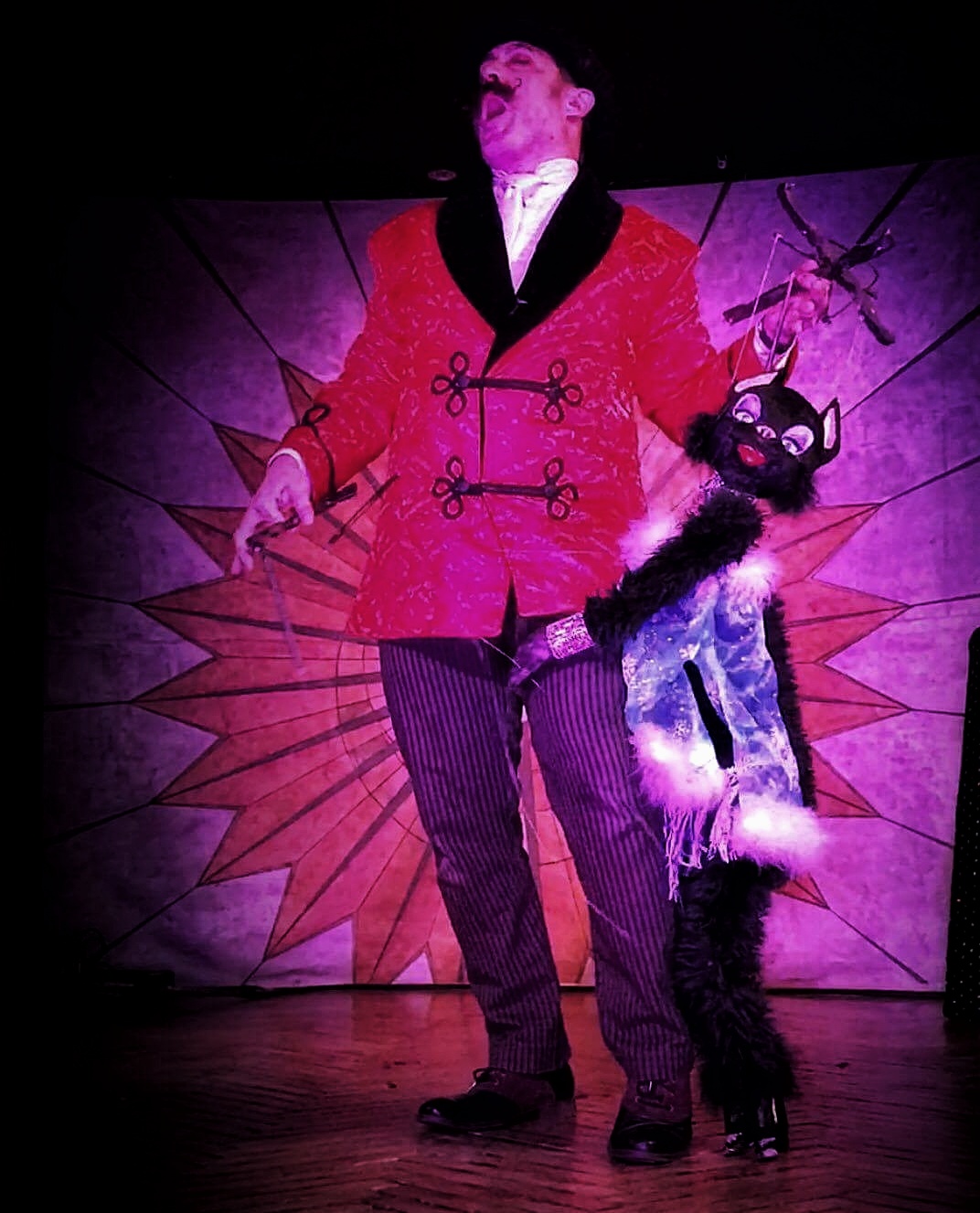