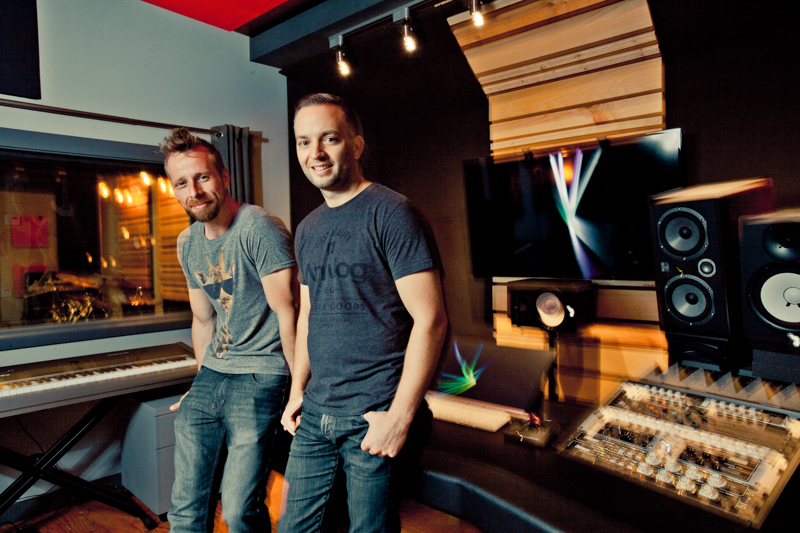 Today we’d like to introduce you to Matthew Nelson.

Matthew, can you briefly walk us through your story – how you started and how you got to where you are today.
Tim Hilliard and I started out as musicians and both gravitated toward engineering and production in our twenties. We moved to LA separately in 2007, myself from Chicago and Tim from Raleigh, and got started working as independent producers/engineers. We first connected professionally in 2011 when Tim was auditioning mastering services, and I ended becoming his go-to mastering engineer for all his mix projects. I was always impressed by his mixes and production, he was consistently happy with his masters, and we developed a great working relationship over the next few years.

Sometime in early 2014, in the middle of a typically geeky conversation about music and production, we realized that the leases on our respective recording spaces were about to end at exactly the same time. This sparked a new conversation about possibly leasing a new space together. It seemed like a logical idea to split costs, pool equipment, and make it easier to pass work back and forth.

We looked at spaces for two months and quickly realized that we’d be paying way too much to lease a pre-built studio, only to inevitably make compromises on the layout and technical setup. The alternative was to design our own space that would be tailored to our needs and workflow. It so happens that I have a master’s degree in architecture, and Tim is a wiring/soldering guru and a skilled handyman, so what seemed at first like a crazy idea – building a new facility, to our own specifications, from scratch – quickly became a lot more feasible. We started searching for raw commercial space and began trading ideas, vision boards, and design concepts for the studio. By June 2014 we’d found our current space in the Palms/Culver City neighborhood, signed a lease, and fast-tracked the design process. We hired a great team of contractors and started building at the end of July, finally opening our doors at the beginning of October 2014.

We hit the ground running with a full schedule and have been consistently busy ever since and in addition to our existing client base we’ve been able to take on projects that our previous spaces didn’t have the capacity to handle. For example, neither of us had perfectly isolated live rooms or vocal booths in our previous spaces, whereas now we operate two fully equipped studio suites with a total of three isolated and acoustically treated tracking spaces. It gives us a lot of flexibility and helps us offer more value and better results for our clients. About a year after opening, we brought on Gareth as studio manager, which has freed up Tim and I to spend more time on audio work and helps keep things running smoothly when we’re really busy. We’ve been able to open our doors to freelance engineers, giving them an affordable place to work on their own projects, as well as help mentor the next generation of audio professionals through our internship program.

Great, so let’s dig a little deeper into the story – has it been an easy path overall and if not, what were the challenges you’ve had to overcome?
As would be expected, we had some loose ends to tie up during the first couple years of operation. The first year we spent fine-tuning our acoustic treatment, doing finishing work on the construction, paint touch-ups, etc. After that, we had some upgrades planned, including installing huge sliding barn doors (for both control rooms, the live room, and iso B) and creating some custom fixtures and furniture for our lobby area. It can be hard to find time for handyman projects when there’s a steady stream of client work coming through, so adding Gareth to the team helped move those projects toward completion.

One of our ongoing challenges is simply space! We designed the studio to use nearly every available square foot for recording or mixing space, plus our interior walls are really thick, so office and storage space is really at a premium. As a result, we’ve had to stay exceptionally organized and be selective about what gear we store at the studio.

Please tell us about Foreword Productions.
Foreword Productions (aka FWD PRO) is a full-service recording studio specializing in music production. We offer the best of modern and classic recording approaches in a comfortable, professional facility. Our staff has decades of experience in a wide range of genres and styles, with a long list of licensing, commercial placements, record label work, and indie hits under our belts. Our services include recording, mixing, production, songwriting, mastering, hiring session musicians, and studio rental.

We’re extremely proud of the space and community we’ve built at FWD PRO in our relatively brief time of operation. By operating two rooms, both at competitive rates, we are able to accommodate almost any recording budget and deliver high-quality results. In addition to a commitment to technical excellence, our focus has always been on fostering a friendly and creative atmosphere where artists can deliver the best performance possible.

Do you look back particularly fondly on any memories from childhood?
The memory that first comes to mind is (of course) a musical one – my brothers and I blasting my dad’s hi-fi stereo system in our basement.