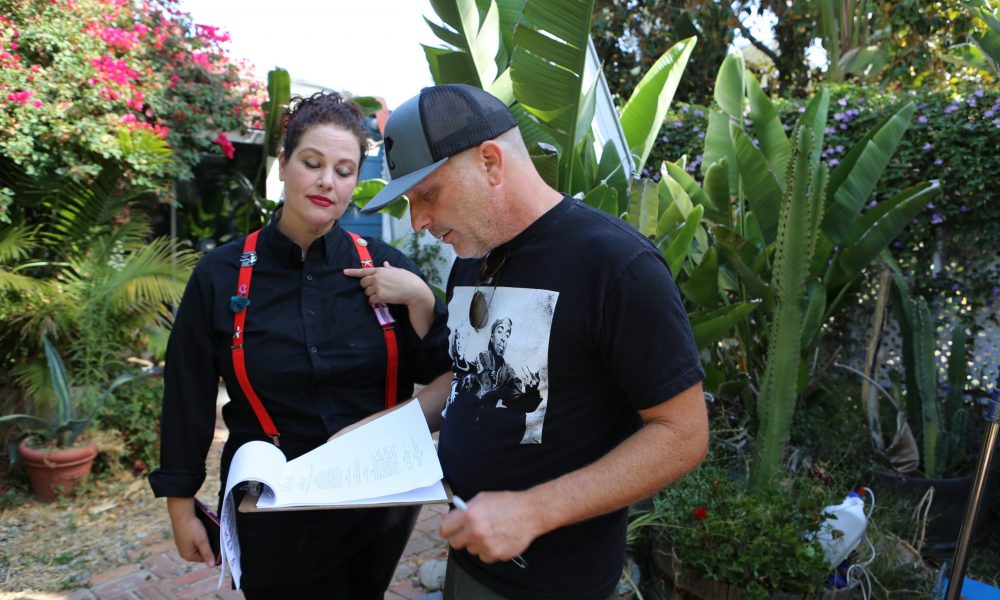 Today we’d like to introduce you to Matthew Long.

Thanks for sharing your story with us Matthew. So, let’s start at the beginning and we can move on from there.
It’s like spokes on a wheel when I think about it…

Growing up in the redwoods of northern California where my Dad took my brother and I to the movies all the time. Long rainy Saturdays, reading with my Mom – she’s a passionate lover of books (still). Having two intense, inspiring high school English teachers (Mr. T, Mr. Richter… “respect emoji”!), who pushed me to dig deeper. Crashing film theory classes at UC Santa Barbara. Buying a Syd Field book after graduating college. Writing a bad first script with my childhood buddy.

BUT IT’S NOT UNTIL I was thumbing through a film-school catalogue in my mid 20’s, living in Oakland, that something clicked inside: What would all these stories I’m writing and thinking of LOOK LIKE if they were FILMED?

I became obsessed with this idea and started taking filmmaking classes at the College of Marin, where I learned – guerrilla style – how to make movies (shout out to J-Gudmundsson & Den-P). Several short-films later (shot on 16mm), I found myself in Durham, North Carolina… where I continued taking film classes and making films – including my first feature, X-GEN (for $6,000).

Which led me to where I am now, Los Angeles (Glendale to be exact… by way of Hollywood, DTLA & Los Feliz). Still writing. Still learning. Still making films. Only now most of them screen online. And are delivered in a series format. But the tenets of Storytelling remain the same.

Great, so let’s dig a little deeper into the story – has it been an easy path overall and if not, what were the challenges you’ve had to overcome?
I’d doubt that most any artistic journey is “smooth”, and mine is no different. Mainly from the perspective of how long things can take and how temporary success(es) can be. There’s so many ups and downs and so much waiting literally baked into the process of breaking in out here, that it can sometimes spin you out every now and then (if you let it).

Especially when you’re ALSO working a THRIVAL job (as my #rideordie producing partner < calls it), to make ends meet. The hours can get eaten up quick, and the cash can sometimes run a little low.

But… this ^ is the Lifestyle we’ve chosen.
This is our Passion.
Right?

I specifically frame this conversation like ^ this, because I think it’s super important for us artists to MAKE PEACE with the fact (at least it was for me), as early as possible, that FIRST & FOREMOST “we” must truly, obsessively LOVE making art WITHOUT any promise of money or (traditional)success. Because, believe-you-me, there WILL come a time in our artistic careers, in our journeys, when this (dark)conundrum is shoved in our face… and we best be ready for it. Because if we’re not, and if we answer this question in a luke-warm type way, it will bring (more)hardships & tribulations our way (at least this has been my experience). Best to face this one head on is my advice, and get it out of the way.

If we can first make peace with this ^ beast, this truth… then we can most certainly FLOURISH. As artists. On many levels.

So, no, the road is not smooth – there’s mos def potholes(in my lawn). But the road goes on, and it’s there for the taking, stretching out before us – for any who want to journey on it. And LA is a great place to be on this adventure, because one thing ellay has in abundance – more than any other place I’ve found – is the inherent belief and freedom (you can actually FEEL it in the air) that “anything can happen”, and “everyone has a shot” out here. No one questions your dreams; they simply accept them, and then want to tell you about theirs… I so love this aspect about my adopted home city.

Please tell us about 5149Screenwriting.
Being a good Gen-X’er, I usually have several different gigs going on at once (X’ers luv mashups; hell, we invented the Mix-Tape!), but the main areas I specialize in are writing scripts and directing indie films. I also substitute teach and do freelance script coverage (along with some part-time work for IHSS), so yeah – lots of ball in the air.

But circling back, this ^ mashup of jobs is by choice. Because they all share one common trait: FLEXIBILITY.

And flexibility, above anything else (to me), is KEY to an artist’s success. The ability to take time off to CREATE – it’s priceless. The tradeoff? Also mentioned earlier: Must be okay with low money streams at times… But once/if you make this ^ bargain? Then you are in a pretty great place, I think, to really create some amazing things (i.e., the struggle is more interior than exterior).

When I first moved to LA (over a decade ago), I focused almost exclusively on writing spec scripts FOR the industry. I wrote a lot of bad ones. I frequently co-wrote. I wrote several decent ones. And I tried to sell all of them to someone else, to the gate-keepers, to the industry, turning over my Intellectual Property at the drop of a hat… at the smallest hint of “success” or (the possibility of)”money” or “representation”, etc.

Because that’s what “I thought” I was supposed to do. To break in (something < the screenwriter Christopher McQuarrie says to never to call it or think of it as). But my journey has kinda taken me around Hollywood’s flat circle and back out the other side – to where I started – writing films FOR myself. To make and produce myself, with my team – not to hand over or drastically alter for someone else (especially with no guarantee that they will ever be made anyway)… Nope, I’ve learned – sometimes the hard way – that it’s best for me to produce my own scripts & films. And to then use these personal creations as my calling card, if it’s meant to be (if the deal and collaboration is right), to the greater industry at large. Everyone’s pathway is unique and different, none of our journeys are the same, but it feels really good to be on the other side of this quandary now.

I’m most proud, I think, of these three creations (but my list is fluid… I luv all my babies!), and it’s no coincidence that this trio has been greatly elevated because of deep collaboration with fellow artists I respect (David Wilmington, David Brigham, Christopher Virnig, Dellany Peace): XGEN (indie feature > about the destruction of Generation X), INBORN (feature script > about the largest manhunt in California history), and SHE’S TOO FAT (digital series > about diet culture & the toxic male gaze)… Because they each represent different time-periods and skillsets and formats in my odyssey, and I’m very appreciative of all three. They’ve each won multiple awards, thousands of people have viewed them on movie & laptop screens, they’ve trended on The Black List, they’ve been honored at festivals – and they each represent a distinct, personal vision that was not co-opted or neutered by any industry or corporation.

I’m also super proud of putting my money where my mouth of is when it comes to representation. As a white cis male, I think this is the VERY least “we” can do: Ensure that our projects will appropriately represent – ON screen and BEHIND the camera – what America really looks like. All my projects have been female-centric, but the last two digital series I directed and produced have had over 60% female and over 50% women & men of color representation in their casts and crews. My #NorthStars in this area are two fierce, massively-talented women filmmakers & activists – Dellany Towne Peace and Cheryl Bedford. I learn from both of them every day.

Do you look back particularly fondly on any memories from childhood?
My favorite memory from childhood? Wow, that’s haaaaaard. Like asking someone what their favorite movie is… THIS VERY QUESTION is probably why I love movies so much, though, so you have me thinking (good call). Because memories and movies are very much LINKED, I think. Passengers on the same road… Hmmm, I think it would be either my Dad taking me to my first baseball game, to see the Giants and Dodgers play at Candlestick Park (we sat out in center field and Jack Clark and Willie McCovey hit back to back jacks)… Or, standing beneath the ancient shadows of the Parthenon with my Dad and brother and Mom, on the Acropolis, when I was ten.

In each ^ case these events OPENED up a bigger and more mysterious world to me, one that I wanted to experience and know MORE than I already did. They were attracting and exhilarating and strange. And I’ll never forget them – similar to a sticky scene from a movie you can never shake – or the people I shared them with. 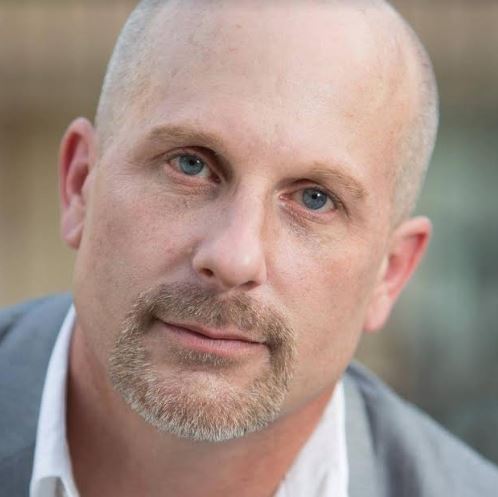 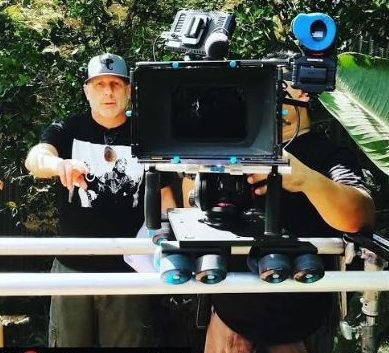 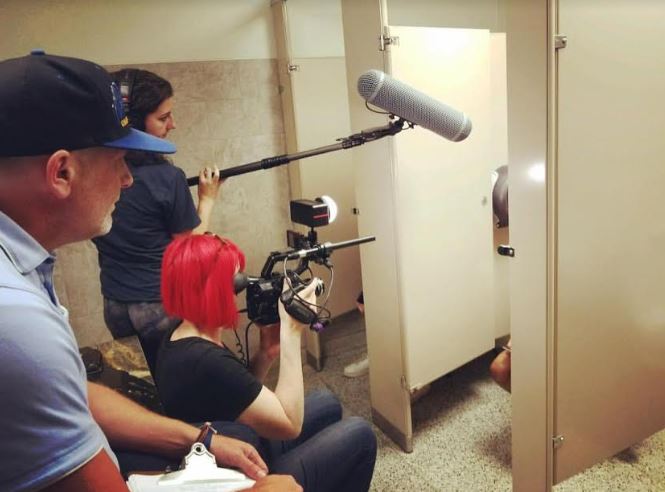 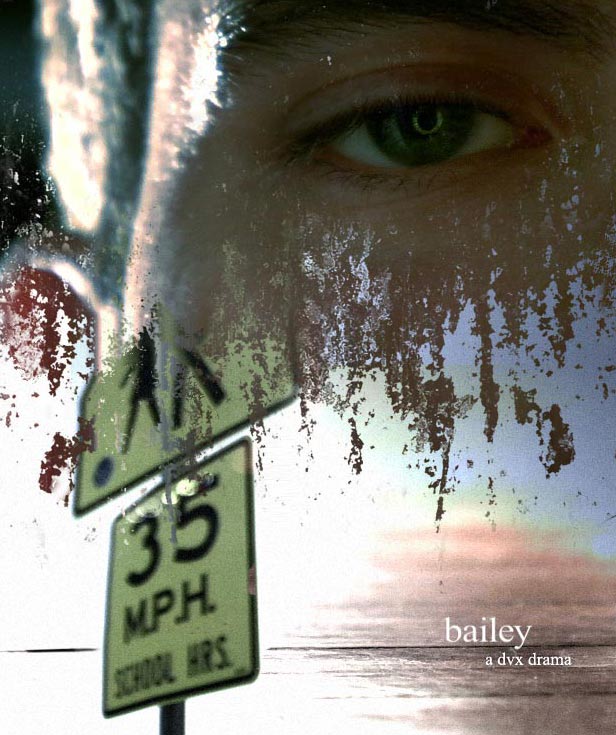 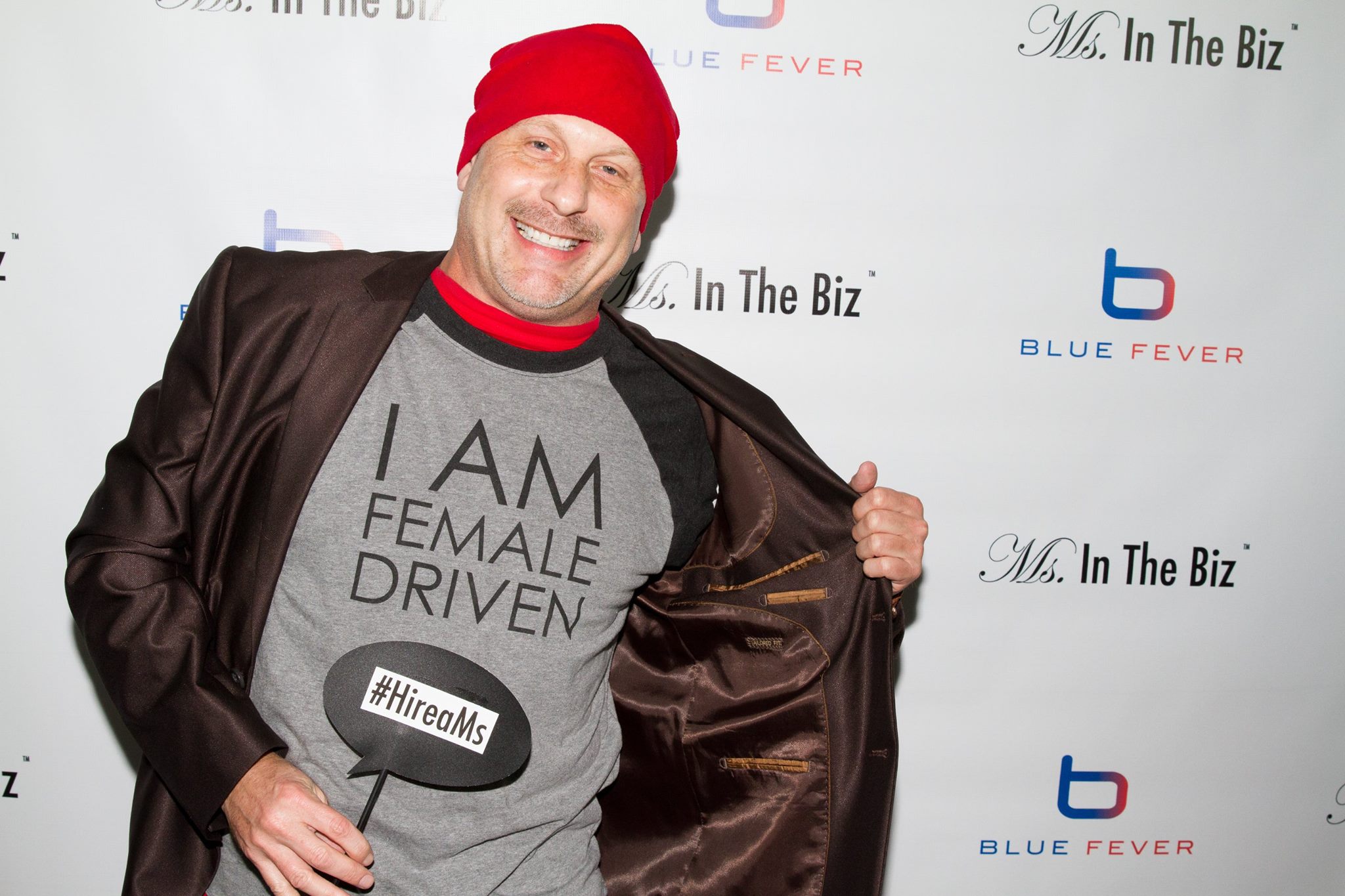 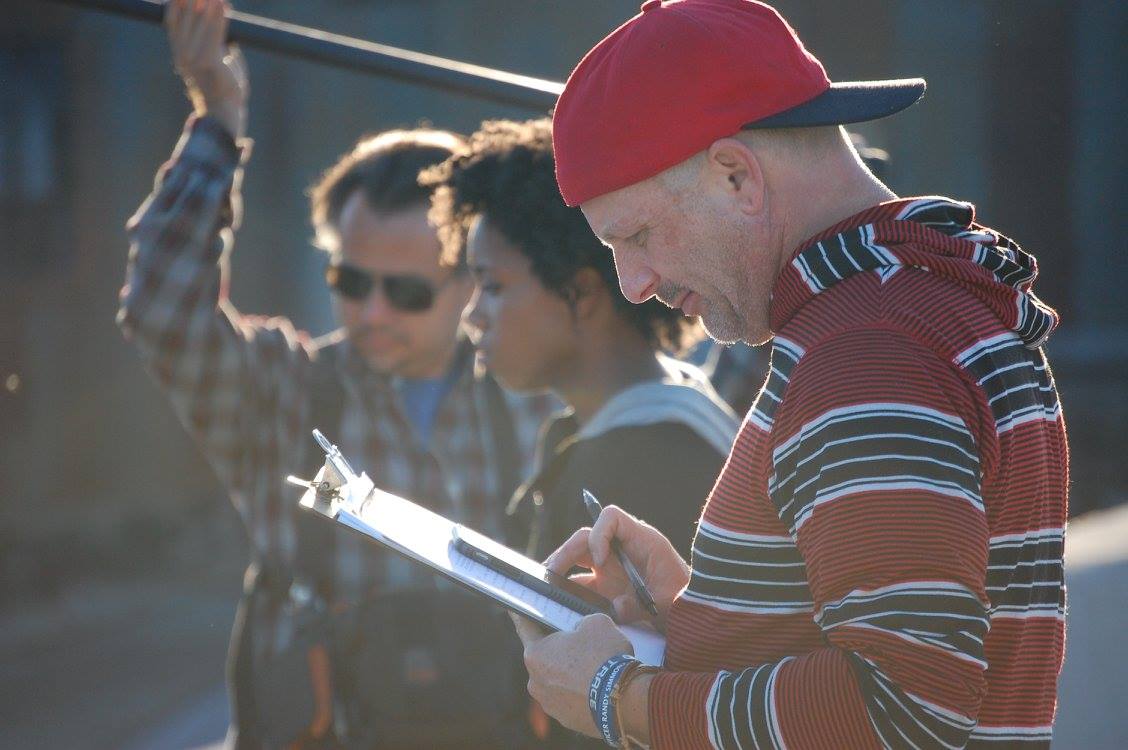 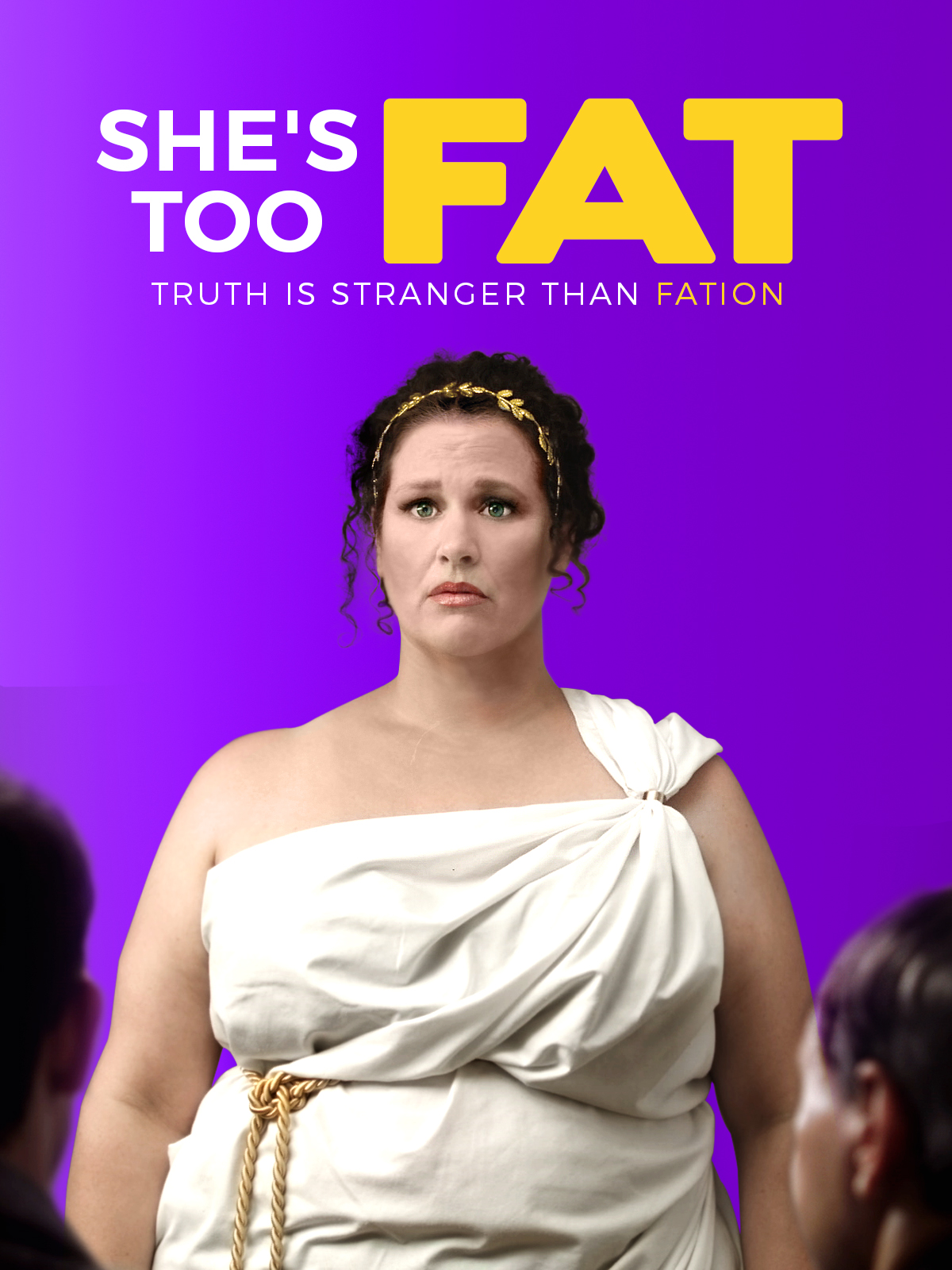 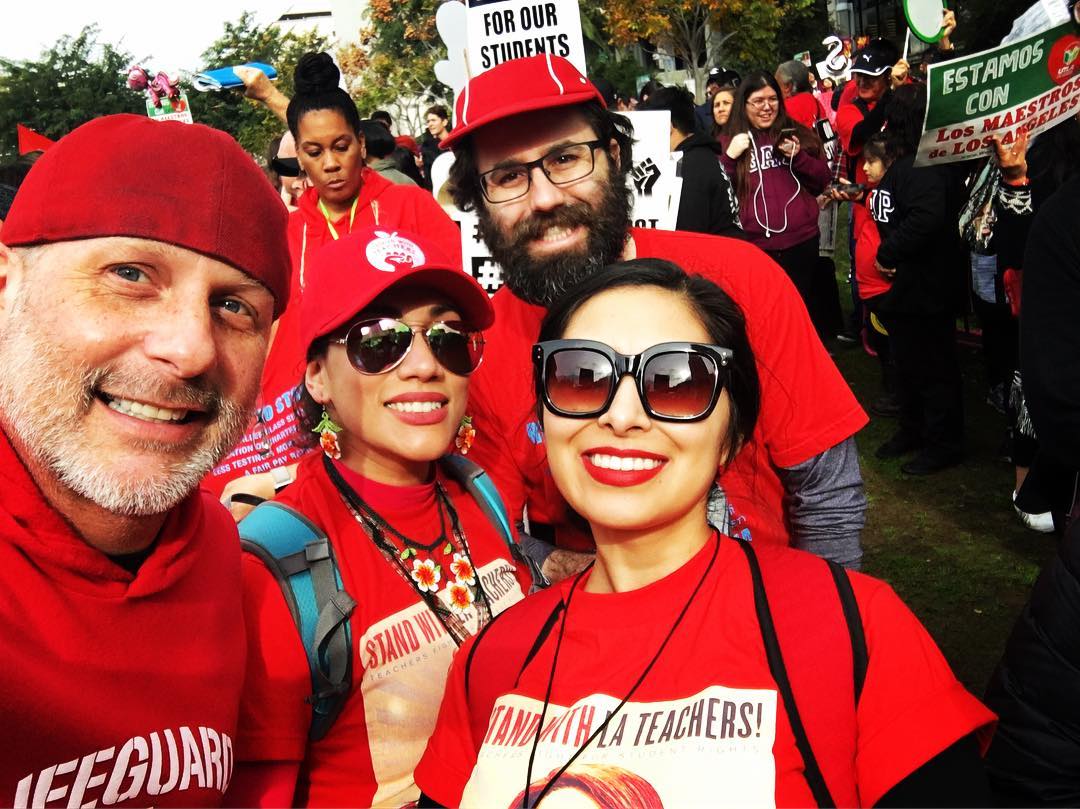 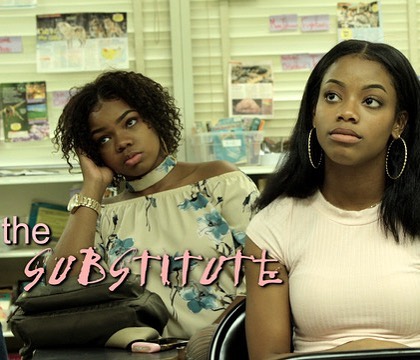 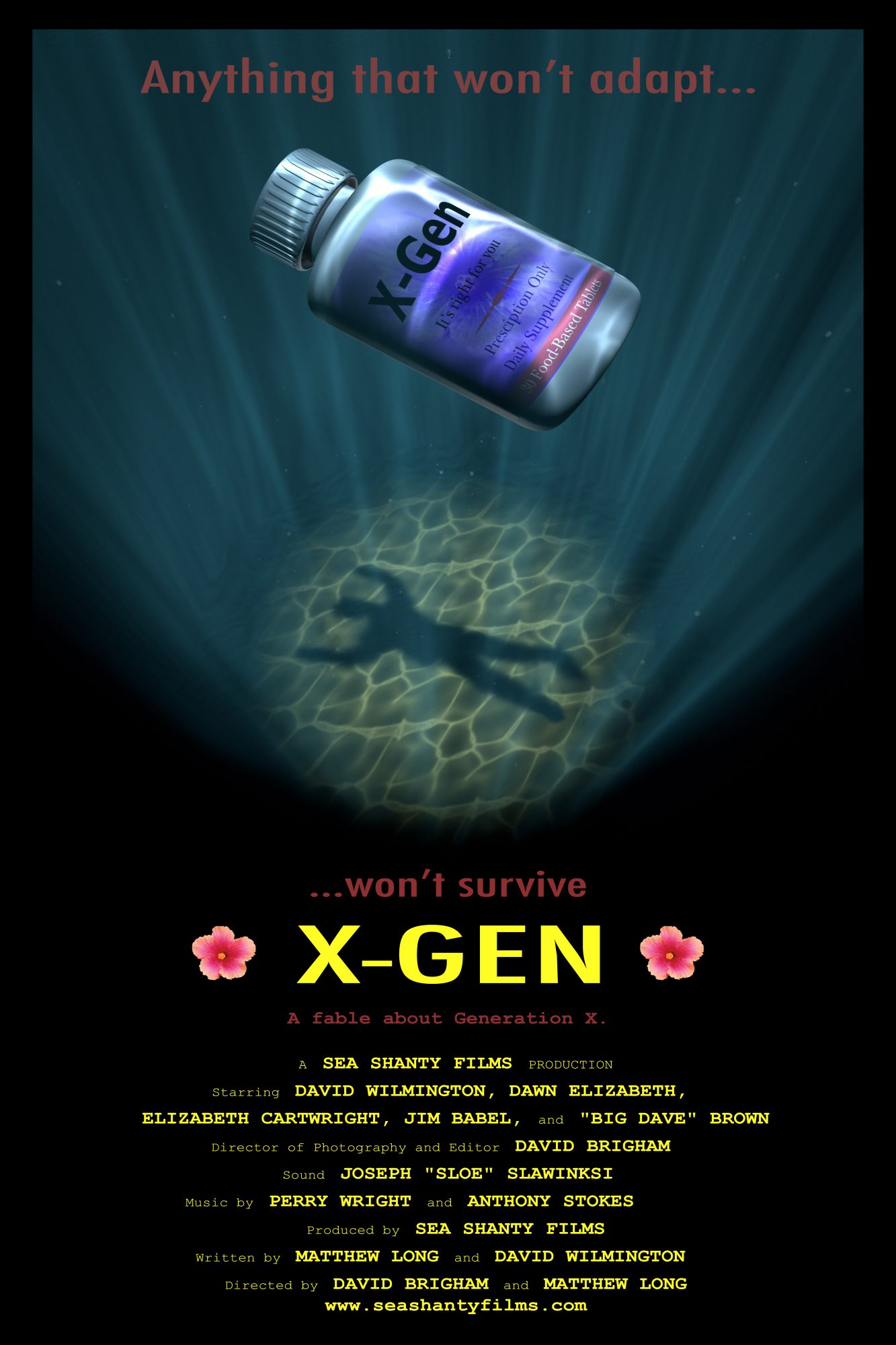