Meet Matthew Diebler of Verboten Films in The Valley 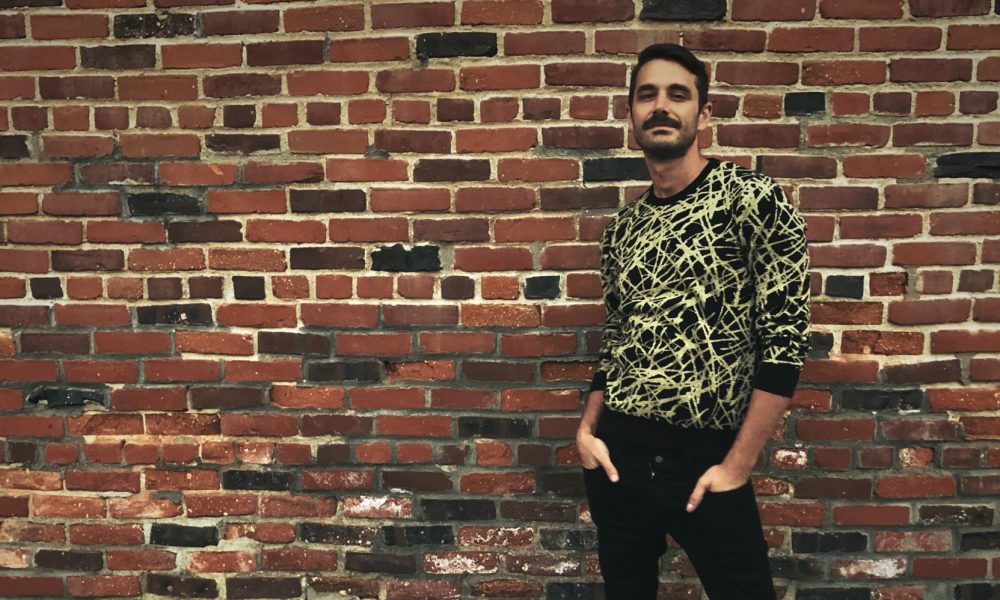 Today we’d like to introduce you to Matthew Diebler.

Thanks for sharing your story with us Matthew. So, let’s start at the beginning and we can move on from there.
Growing up a mildly effeminate gay boy in rural Ohio presented a very specific set of challenges. As someone that always felt openly ostracized (and as the son of a small-town coach), I was raised with just the right mix of low self-esteem to turn me into a charmingly quippy overachiever. While it’s been a pain in the ass emotionally, it made me wary of the “well-traveled path” and kept me motivated to push myself out of my comfort zone. My intention had been to teach college (something I did for a few years back in Ohio), but I became quickly disillusioned with the faculty infighting and the obnoxiousness of 18-year-olds spreading their proverbial wings of rebellion for the first time, so I ditched academia. I was teaching about television and I figured that while the proverb of “those who can’t do teach” is kind of dickish, it was also true (at least in my case). So, I packed up my busted 2006 Toyota Corolla and drove across the country to Los Angeles. I didn’t know a soul, but I had an internship lined up at a comic book company and nothing to do for the summer so… Why not, right?

I had always planned to come back to the farm after the summer was over, but while I love Ohio dearly, the job opportunities weren’t exactly enticing. Plus, as cliché as it is, I met a boy and fell desperately in love. So, I stayed. I had high hopes of writing for comics or cartoons, but I tripped and fell into the lucrative but creatively unfulfilling world of reality television (my main gig is MTV’s Catfish, a show I’ve been making for 6 seasons). And after a lengthy negotiation with my creatively brilliant boyfriend, we decided to try making stuff together. What harm could it cause?

Now, the boyfriend (henceforth known by his given name of Jacob) was a creative genius. He was constantly spouting cool ideas and comedically biting dialog, but he struggled with structure and character development. I, on the other hand, excelled at the more rigid elements of the form. Together, we made a pretty good team. We formed a company called Verboten Films (Verboten being German for “forbidden”) and started cranking out some music videos for our friends’ kick-ass synth-wave band, Professor Possessor (they’re rad. You should look them up). Jacob was a practical effects artist with a flair for the visual, so while all of our work had a “homemade” quality about it, we employed that aesthetic well; the charm and the concept shone through. We eventually moved to screenplays and won an international screenwriting award for our first screenplay HorseGirl. And while we are still very proud of HorseGirl, the consistent commentary from Hollywood was “I love the film but it’s too unique; no one will ever make it.” We took that as a challenge, and we’re “bootstraps” kind of boys, so we decided to set our sights on making a feature film. If no one else will make our work, we will. And sure it took us a few years, but we eventually got there.

Last year, Verboten Films (i.e. the two of us) made our first feature film, The Invisible Mother: a supernatural thriller with practical effects and a 70s Italian Giallo aesthetic. It focuses on a lesbian stoner that moves back in with her ailing grandparents only to discover they’re being terrorized by the spirit of a woman trapped in a photo album. We wrote/directed/produced/secured financing for/designed the practical fx for/made the sets for/etc etc etc the whole damn thing. It was amazing because it was all our vision and we didn’t have to deal with the creative confinement of studio notes. But doing it alone (and with neither of us really having that level of film-industry training), it was a challenge, unlike anything either of us have ever done. Overall, the cast and crew were absolutely amazing. But we did, unfortunately, hire a few people we definitely shouldn’t have trusted and have therefore had to deal with some added hurdles that have really messed with our lives in a lingering way. The combined stress of the whole thing, led Jacob and I to separate romantically after 11 years. But we finished it and, while imperfect, it’s damn cool. I’m excessively proud of it. And we’re currently shuffling it through the festival circuit having recently won Best Horror Film at the MidWest Weirdfest and soon to be featured at a number of festivals internationally.

Overall, has it been relatively smooth? If not, what were some of the struggles along the way?
As creatively rewarding as the whole endeavor has been, it’s certainly been hard as hell. Making a film is an intense undertaking, especially when you’re doing it yourself. Aside from the hard work and practical difficulties of writing/directing/producing the whole thing, trying to find it a home in the film biosphere without the inborn connections of a studio has been an overwhelming challenge. It’s been helpful that it’s been getting love at smaller festivals, but even getting the medium-large festivals to watch more than 5 minutes of the screener has been an uphill battle. This is a town that thrives on name recognition and reliable tropes… doing something this indie and out of the box automatically put us at a disadvantage.

And I’d be remiss if I didn’t mention the costs of the whole thing… the financial aspects are obvious, but the emotional toll has been perhaps even more difficult to swallow. As I mentioned, during filming we discovered that a friend we had hired was actively working against us, lying about the work he was (or wasn’t) doing with unsettlingly nefarious long-term plans. That relationship was obviously ruined, and the sense of betrayal during a very challenging time in our lives (as well as the legal fallout of it all) has really messed with our ability to trust folks. Plus, the intense stress of it sent both Jacob and I spiraling in different directions, ending in us deciding to amicably split. While we remain very close (and hope to make more films in the future), this attempt to create something that embodied both our creative ideals ultimately offered us challenges that altered our lives irrevocably.

Please tell us about Verboten Films – what should we know?
Our goal at Verboten Films is to specialize in weird, heartfelt stories that no one else tells. Jacob and I are both attracted to humanity in struggle and the comedy in pain. We put our characters through it. but the stories are always fascinating in an unusual way and, when appropriate, funny as hell. We want to make the audience identify with people they wouldn’t normally find themselves identifying with, forcing them to feel things that make them uncomfortable. Ultimately, we want to make them contemplate their own reactions to situations and what their instinctual judgment says about them. And, of course, we want to entertain.

Any shoutouts? Who else deserves credit in this story – who has played a meaningful role?
As whole the cast and crew were amazing people. We gave them an opportunity to flex their creative muscles and try something new, and almost all of them gratefully rose to the challenge. Our parents were very supportive, despite the insane dream of making our own film… my mom and dad back home are some of my biggest fans, even if Hollywood makes no sense to them (or to me, for that matter). Even my grandma and my high school French teacher kicked in a little money to help us get across the finish line… challenges aside, it was amazing to see how many people believed in us as artists and were willing to help either emotionally or financially. That element of support was the most heartwarming component of the entire endeavor. 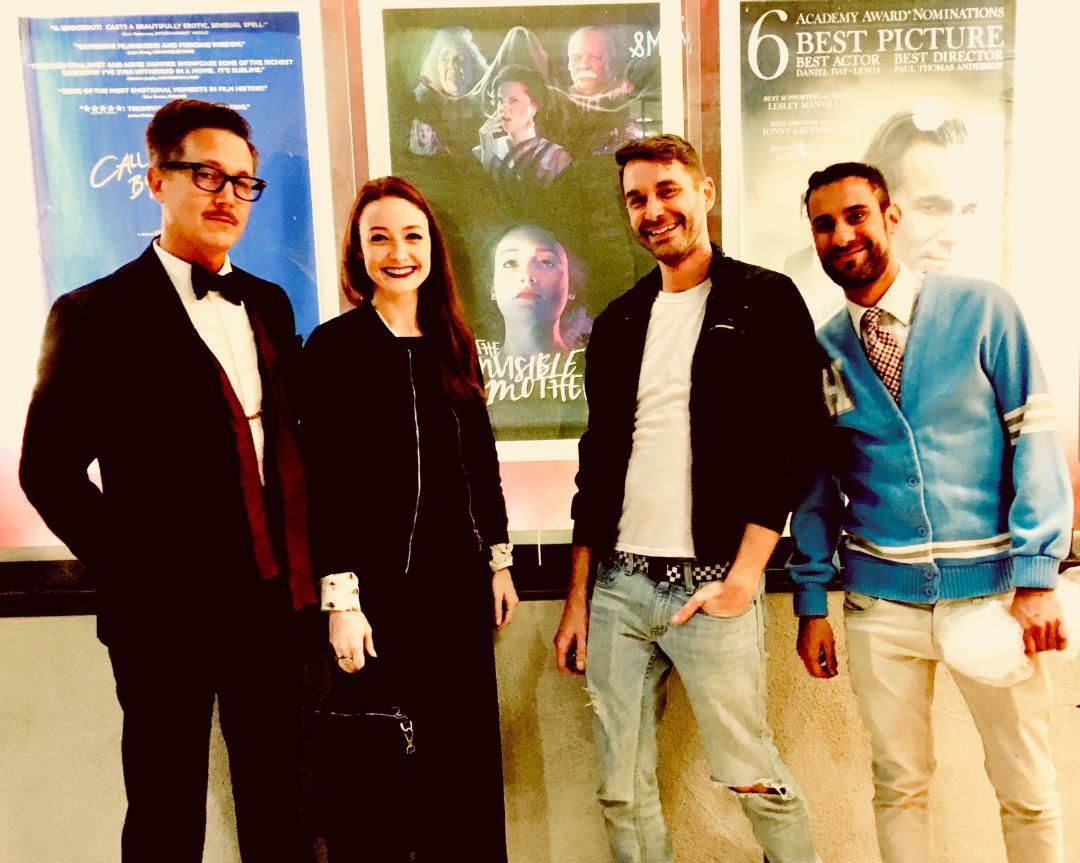 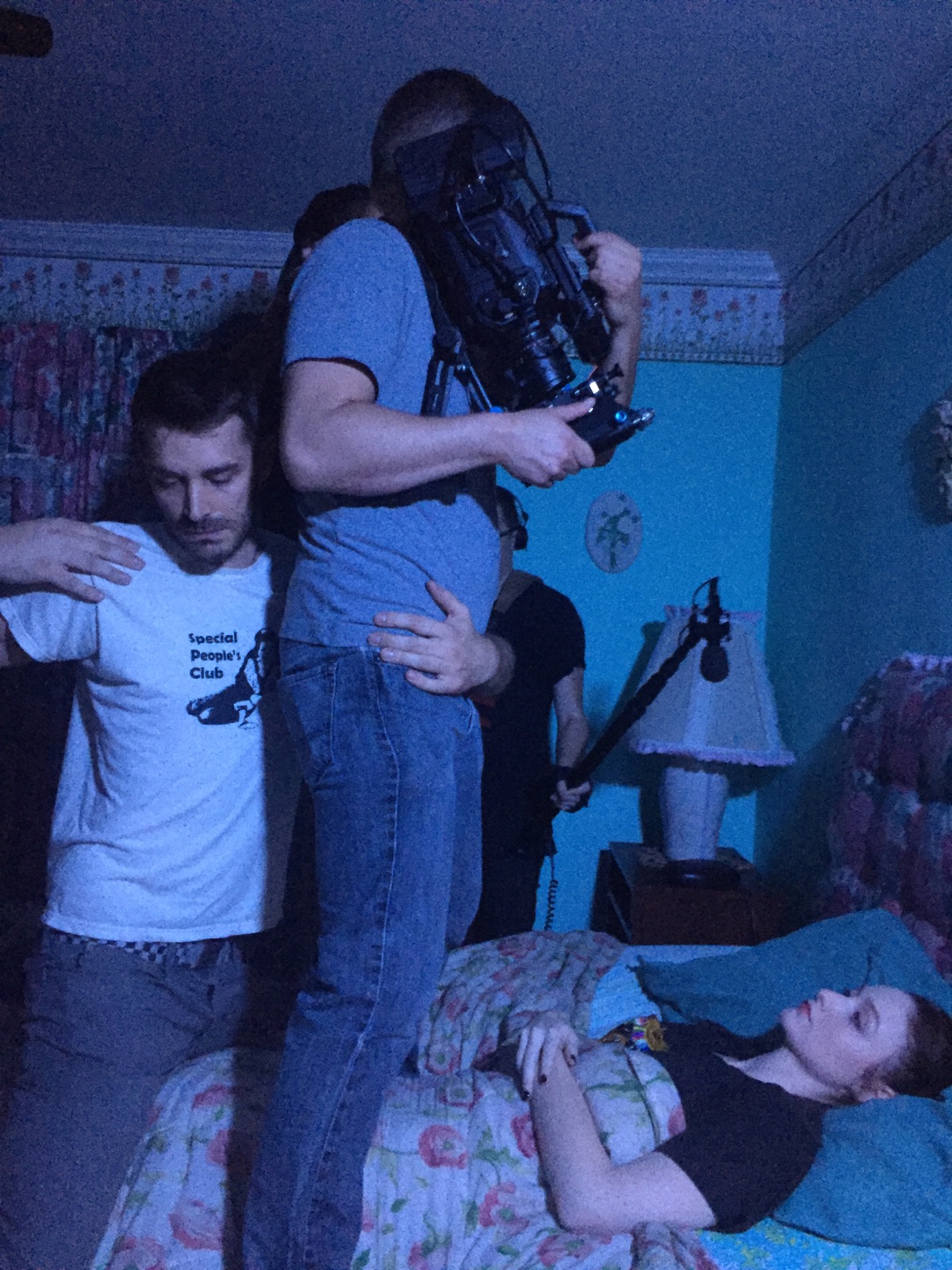 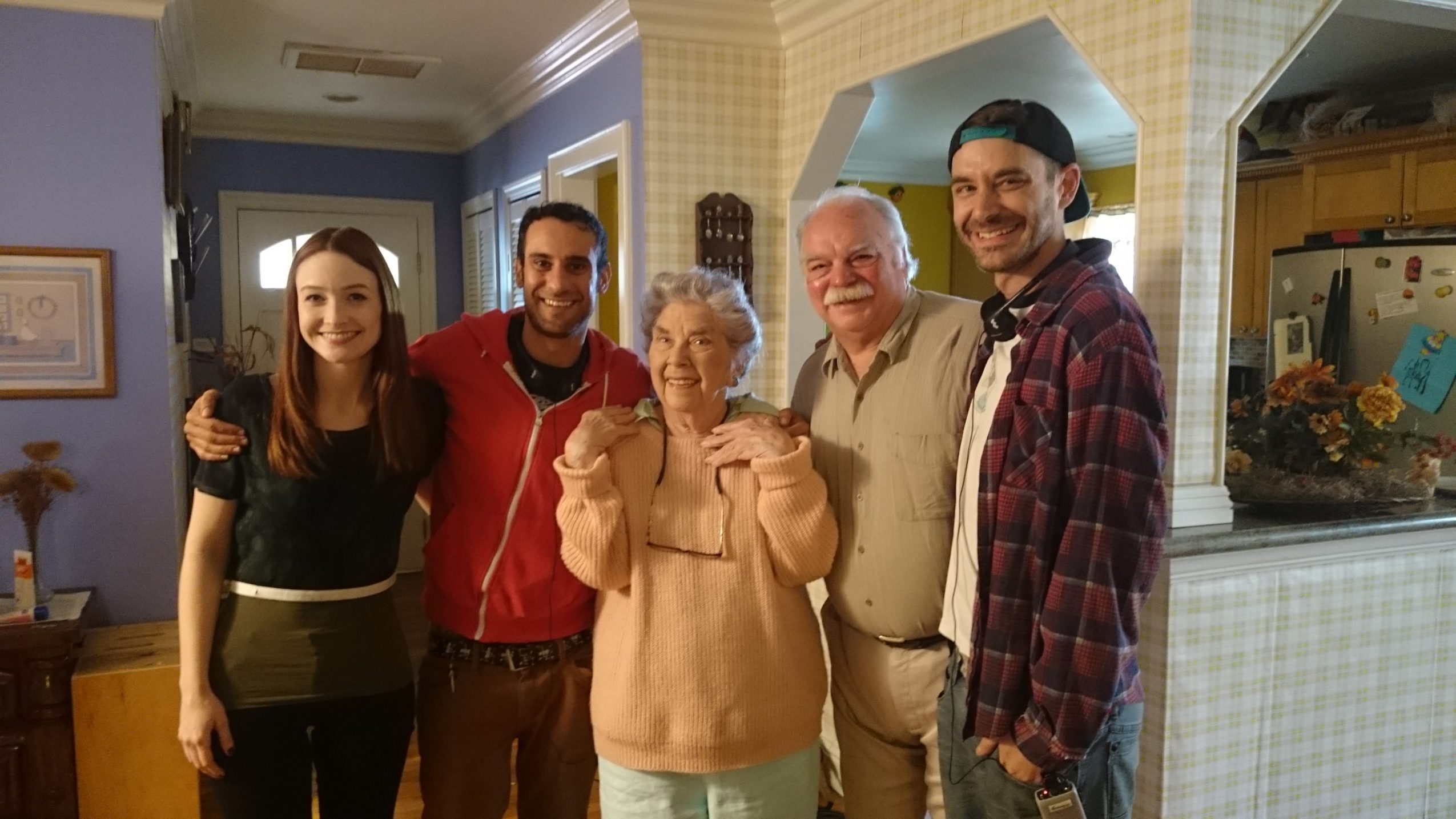 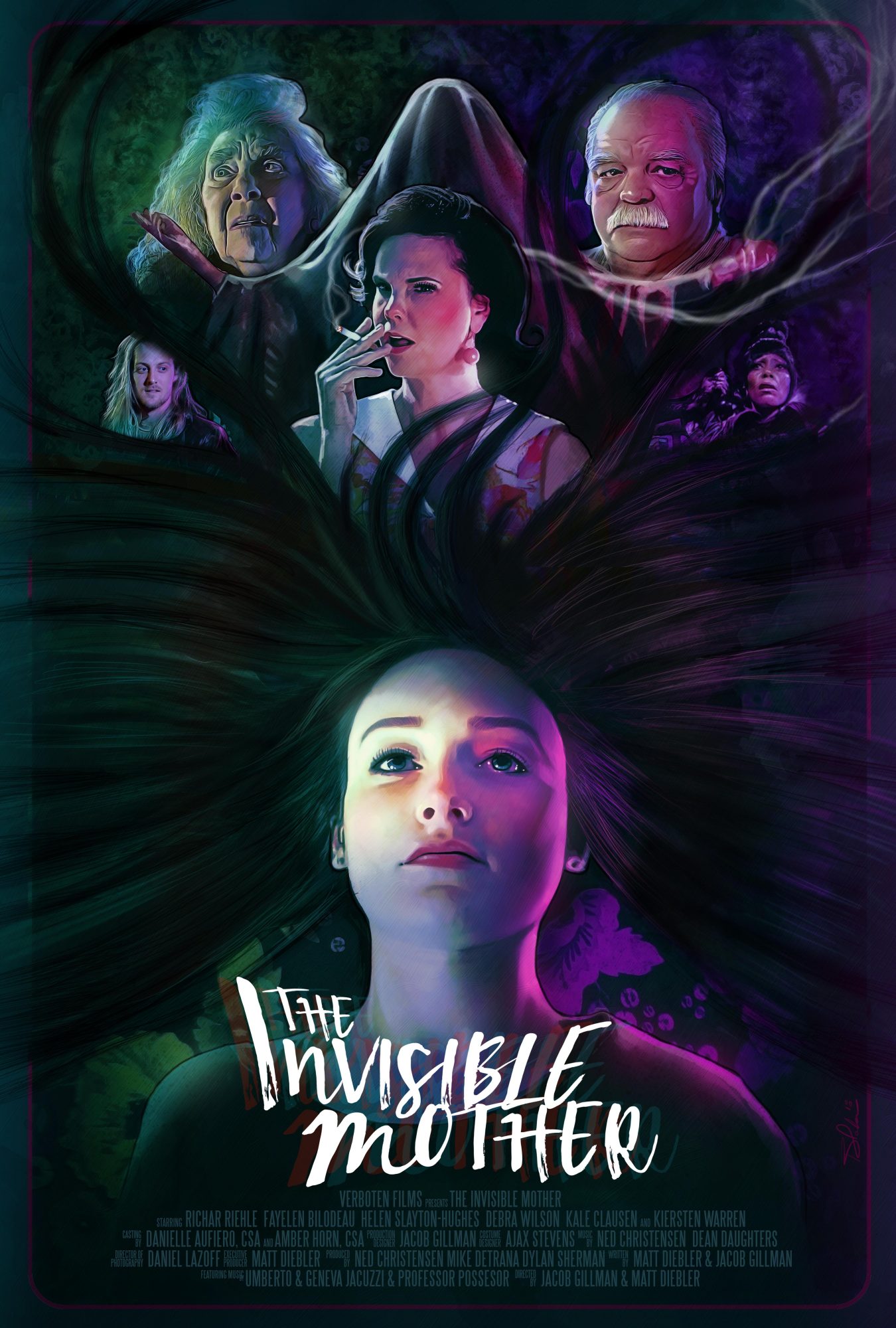