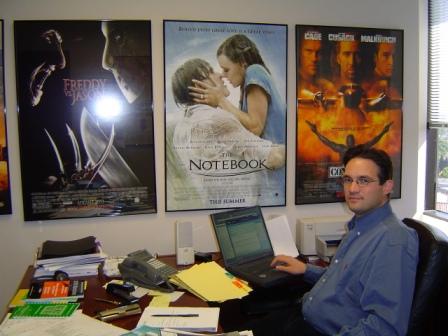 Today we’d like to introduce you to Matthew Barry.

Matthew, let’s start with your story. We’d love to hear how you got started and how the journey has been so far.
I grew up in New York City. My father was a Broadway playwright and ran the Fulton Theatre Company followed by an extended stint as artistic director at the Hudson Guild Theatre in Chelsea.

Every day after school, I would walk to his theatre and sit in the stalls and do my homework while he rehearsed his actors for the various productions. One day I said, “I wanna do that” and I was quickly cast in the Roundabout Theatre production of “A Piece of Fog” about a very strange boy. That was quickly followed by Arthur Miller’s “All My Sons” a quick stop on a short-lived TV series called “Ivan the Terrible” and then the big claim to fame came when Academy Award-winning director Bernardo Bertolucci cast me in the starring role of his newest film “Luna” opposite Jill Clayburgh.

Shortly after came a permanent move to Los Angeles (I love it here!) where I was opposite Kevin Costner in “No Way Out” and Charlie Sheen in “The Wraith” (a cult classic if ever there was one!).

After doing several episodes of bad television, I needed a change. I begged a producer to let me work on his set. “I’ll do anything!” I’ll sweep floors, I’ll get your coffee.” – Producer Mark Johnson asked if I’d be interested in helping out in casting.

That turned into a 25-year career.

Working with Award-Winning Casting director Vickie Thomas, I worked with the best directors Hollywood had to offer. Adrian Lyne (“Indecent Proposal”), Tim Burton (“Ed Wood” and “Mars Attacks”) producer Jerry Bruckheimer (“Crimson Tide” and “Con Air”) before branching out on my own with my former agent Nancy Green-Keyes.

Brett Ratner gave us our break with the “Rush Hour” franchise and Nick Cassavetes allowed us to discover and launch the careers of many with “She’s So Lovely,” “John Q” “The Notebook” “Alpha Dog” “My Sisters Keeper” and “The Other Woman”

There was nothing in the world like discovering new talent and launching their careers.

Having studied in New York with the infamous Uta Hagen (Lee Strasberg as well, but we didn’t get along), I felt I did have something to offer and opened my own studio in Sherman Oaks.

The same pleasures I’ve had in the past breaking talent have now manifested into breaking the careers of my students. Dayo Okeniyi, who booked “The Hunger Games” shortly after I opened shop. I’ve taught all over the world, and recently discovered both Bella Dayne and Louis Hunter who BOTH starred in Netflix “Troy: Fall of a City” and a trip to Australia brought over Danielle MacDonald whose “Patti Cake$” have launched her career.

Just this past week saw Adam William Zastrow book his 10th show THIS YEAR, adding to his tally of 28 TV shows and 12 feature films since walking into my studio in January of 2013.

The sheer joy and pleasure of fulfilling dreams for nearly three decades puts a smile on my face every day. I’m grateful to be a part of the Los Angeles Community (and having survived!) and hope I can help others to fulfill their goals.

Great, so let’s dig a little deeper into the story – has it been an easy path overall and if not, what were the challenges you’ve had to overcome?
When I first came to Los Angeles in 1982, I had a big film under my belt, my agent also represented Mel Gibson, Denzel Washington and Michelle Pfeiffer.

I couldn’t book a job to save my life.

I started delivering pizza for Numero Uno, then got a job at the Sunset Marquis hotel as a room service waiter. I even worked in business management for a time before I started working as an actor.

What do you do, what do you specialize in, what are you known for, etc. What are you most proud of? What sets you apart from others?
Matthew Barry Teaches specializes in getting the most out of the actor, BUT, at the same time, this is a business and what they don’t teach you in college is: a) how to audition, b) how to do a proper self-tape, both of which are paramount for landing the job. I’ve seen so many mistakes made, so many blown opportunities. I correct every actor’s bad habits and much like a sports coach, bring out the best in every actor by challenging them this week.

Unlike other schools or teachers… well, most don’t have my credentials… I change every class. Acting classes can become stale and boring. I mix it up every week. Character study, cold reads, on-camera, improv, paired-up, exercises and tons more… plus my studio has plush leather movie theatre chairs that recline and at a price that’s affordable to any actor.

I tell every actor… “Don’t just take with me. Go audit. You have to find a teacher that YOU respond to and who gets YOU. A teacher who is going to push you to be your best, to nurture you when Hollywood kicks you in the ass (can I say ass?), and who cares about your career and can advise you on photographers, agents, managers and how to tackle this very competitive business.”

Do you look back particularly fondly on any memories from childhood?
Playing baseball in the sandlot at Leroy Street. Couldn’t get enough of baseball. 24/7. Grew up a Yankee fan and every chance I got, took the D train to 161st Street. Would sneak into the player parking lot after games and accumulated an incredible autograph collection. 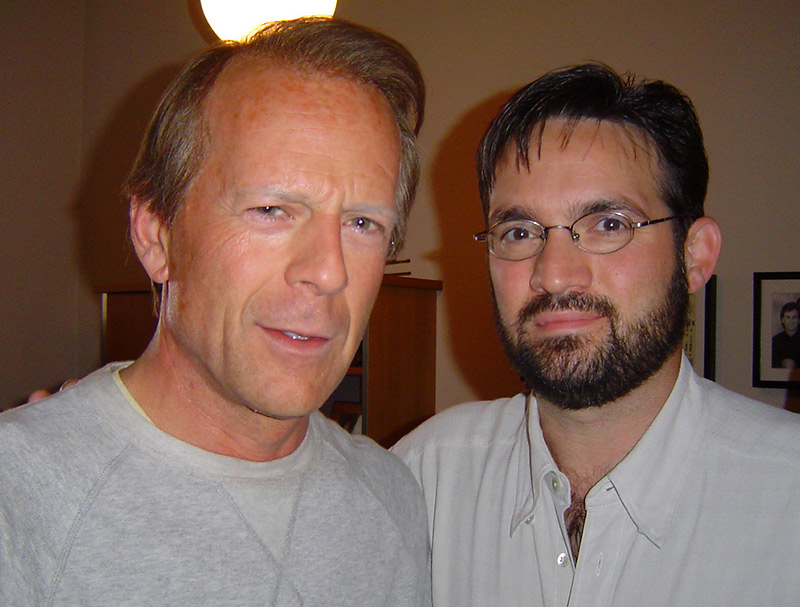 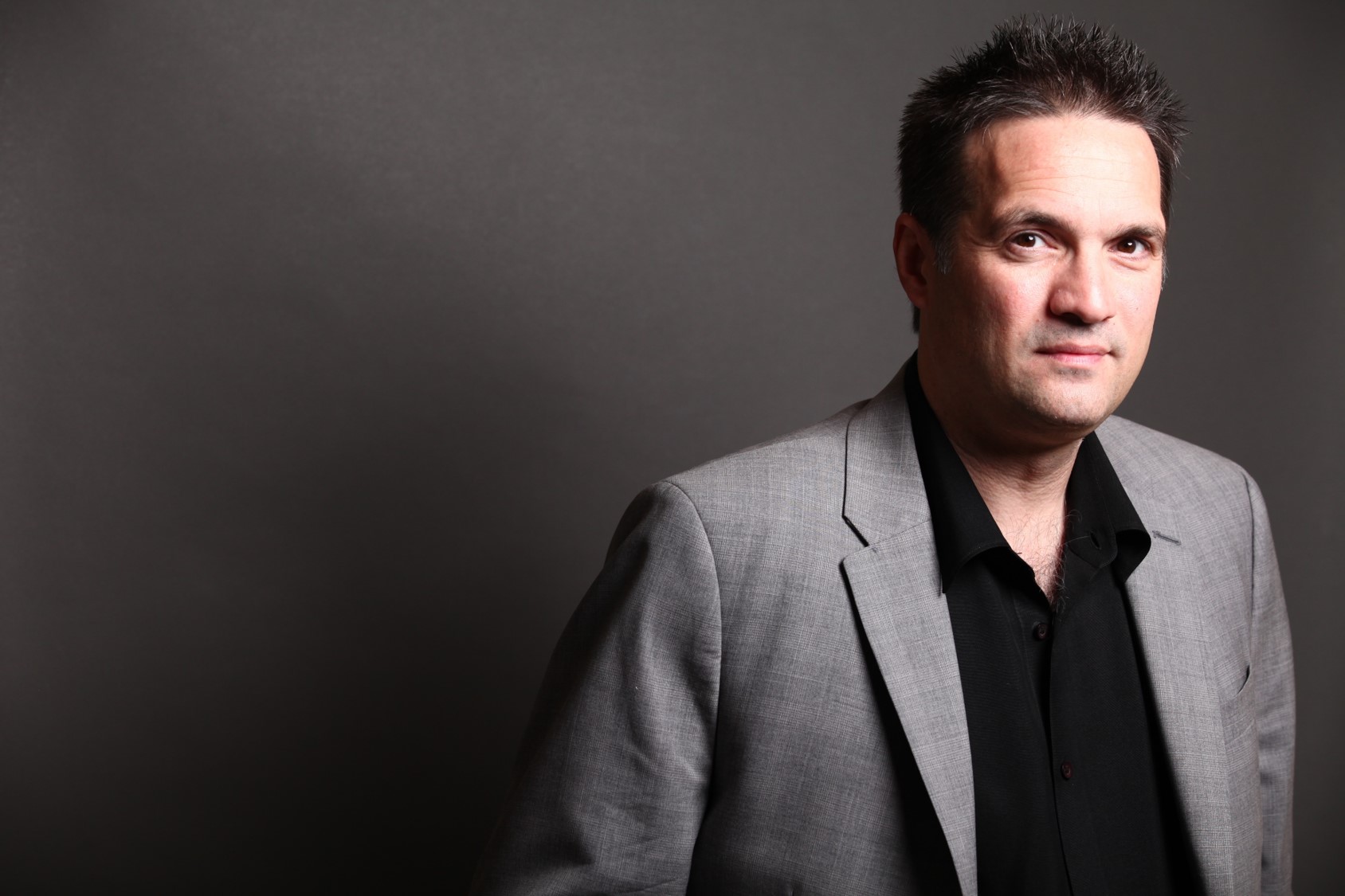 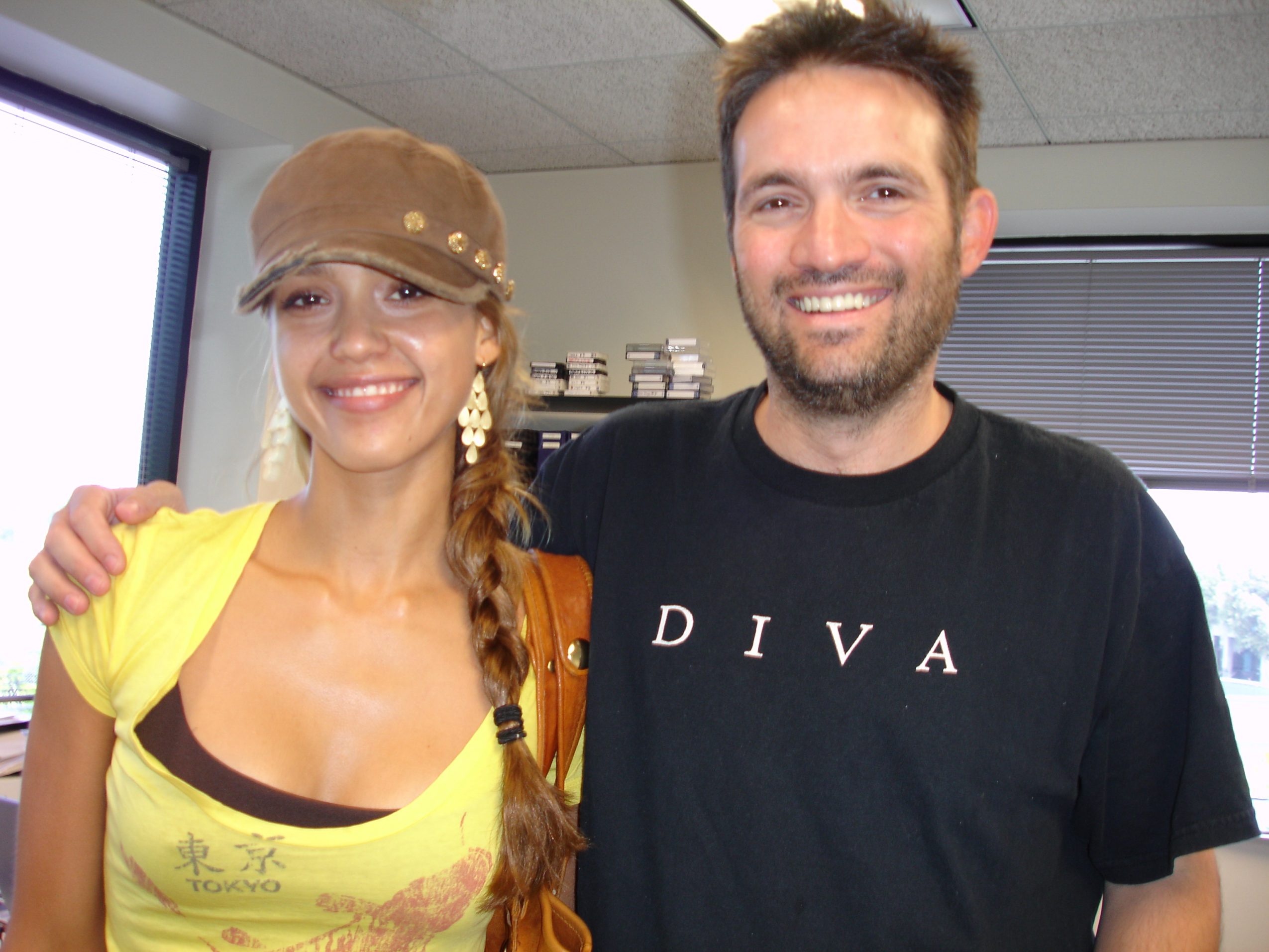 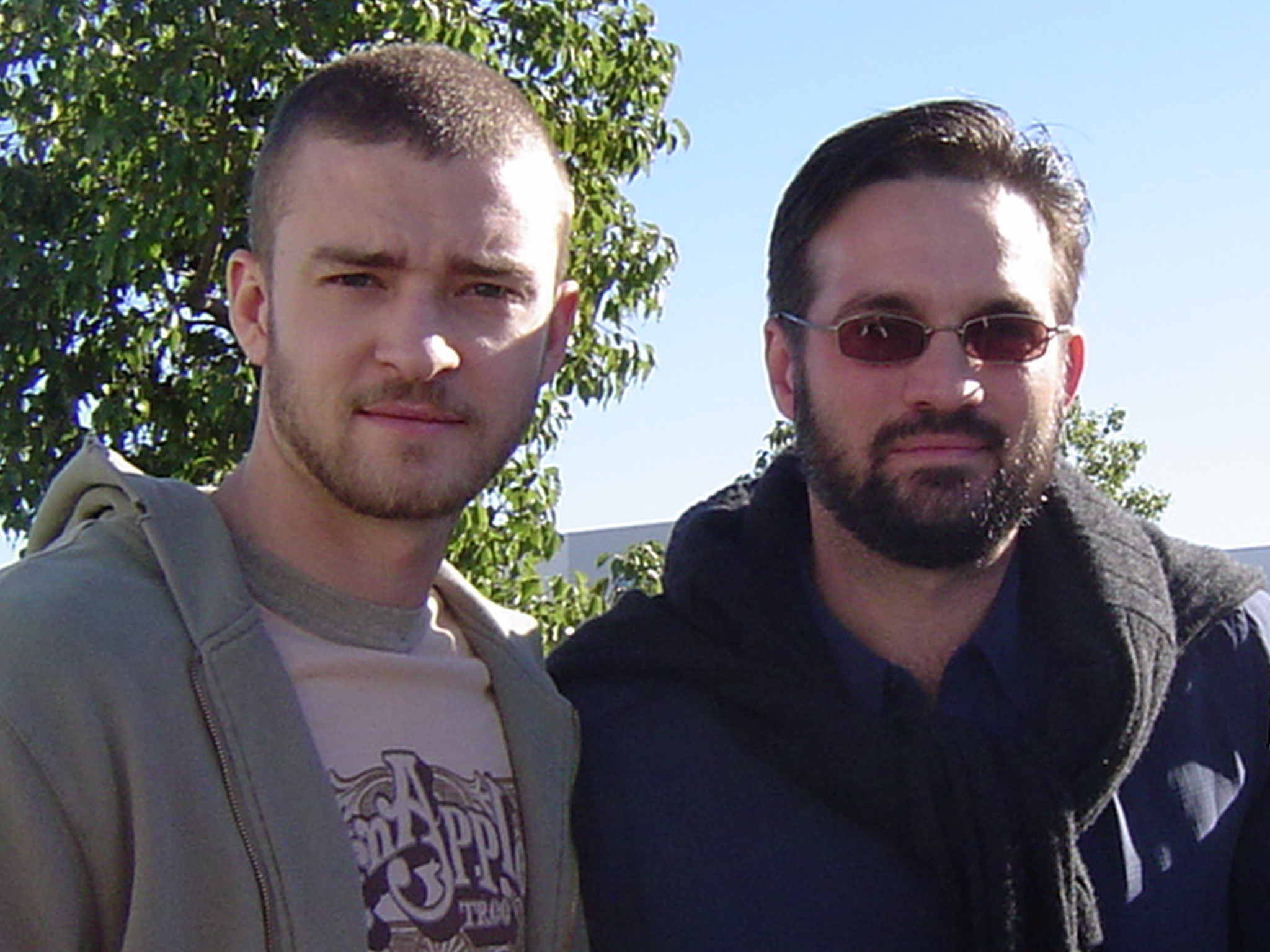 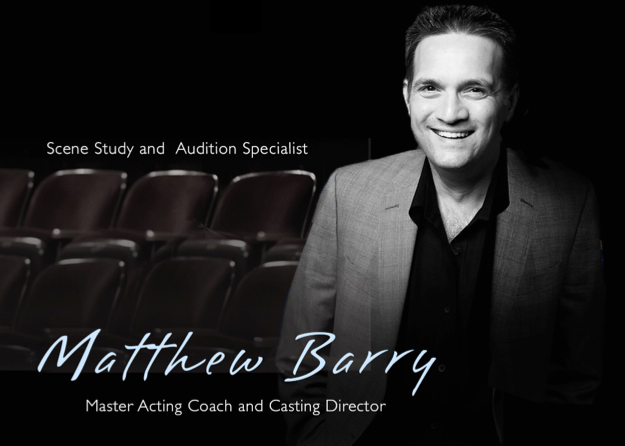 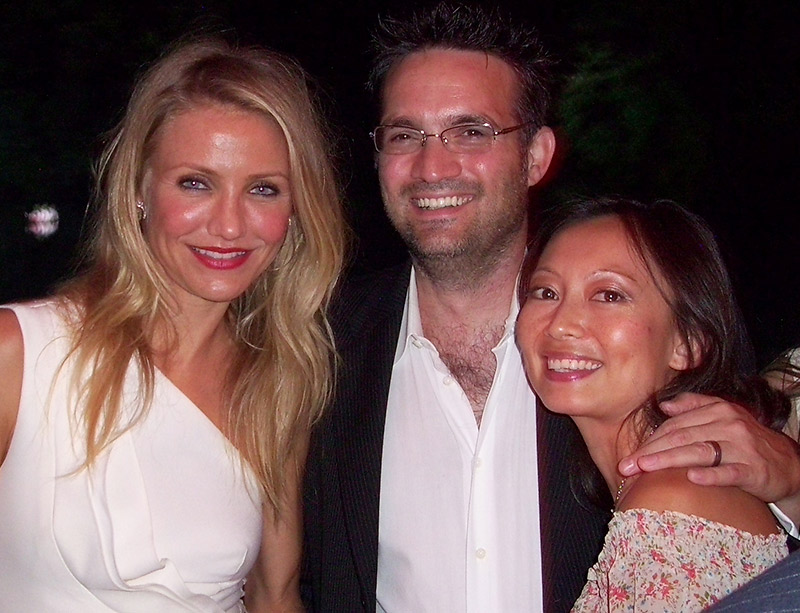 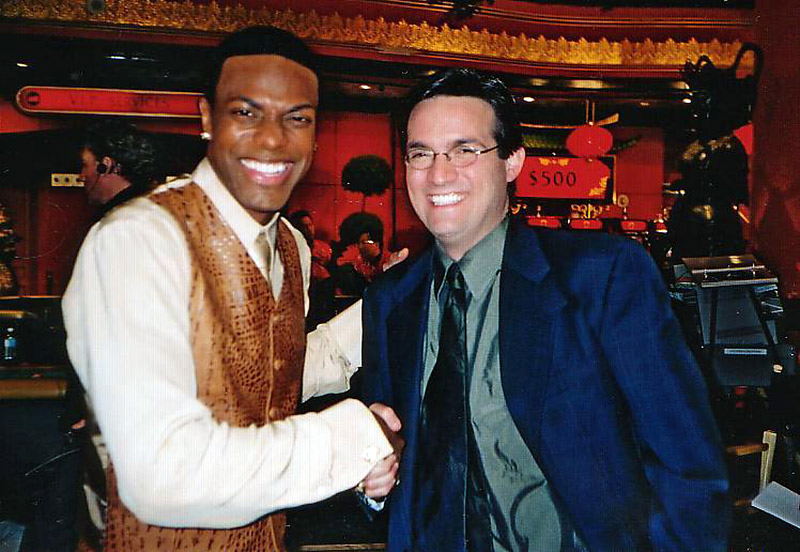 Image Credit:
MY headshot is courtesy David Zaugh – all the rest are courtesy of… me!