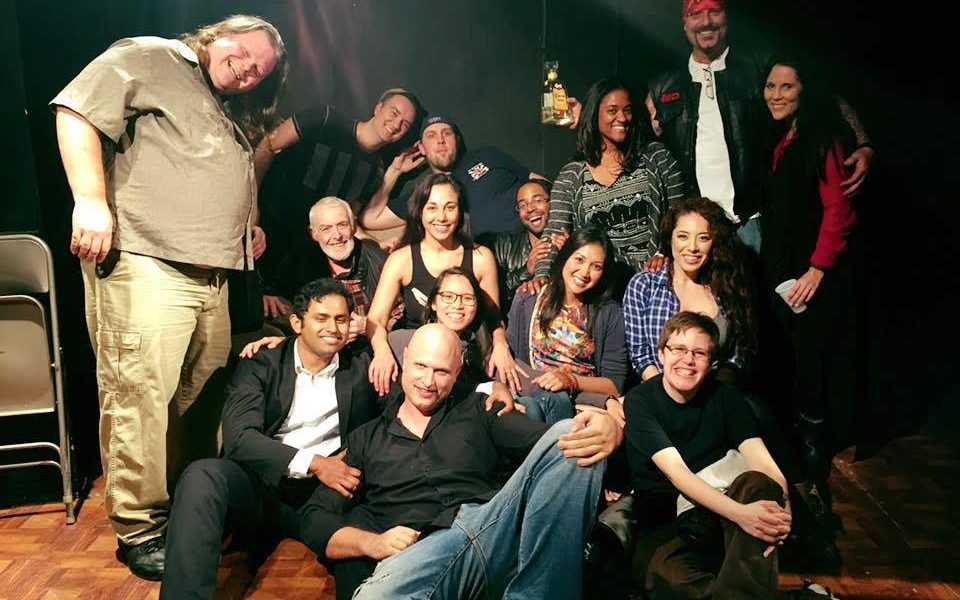 Today we’d like to introduce you to Matt Weinglass.

Thanks for sharing your story with us Matt  So, let’s start at the beginning and we can move on from there.
The Sherwood Players originated in Santa Barbara as a theater company performing original, racy (!) and relevant material to a community of young people looking for something cool to do on a Friday night. Namesake: The Sherwood Forest in the Robin Hood saga. We saw ourselves as warriors battling against the conformist and restrictive UCSB theater department–we needed a theater outlet for the actors that weren’t being cast in any of the UCSB classical theater productions. Plus, there’s only so many times you can see The Crucible (excellent, that) and we wanted to really engage the young community and get them excited about coming out to the theatre.

We started writing original material, and putting up make-shift productions of Frank Miller graphic novels (yes, we performed Sin City before Robert Rodriguez ever got his mitts on it.) We came up with fun ways of marketing the theater, staging protests outside of the shows and distributing flyers warning people not to see the productions. We charged 5 bucks a pop to get a warm body in every seat. We created something large, inclusive, and active-as- hell and fun.

Then we decided to move the whole thing down to LA…

Overall, has it been relatively smooth? If not, what were some of the struggles along the way?
Aaaaaaand….LA served us up a serious dose of smack-down.

Where the heck do you go in this city to find a cool, relatively non-pretentious community of artists down to work together on some common goals?

You can throw a stone in LA and hit someone with a hot head shot and a “get away from me” attitude, but it’s rare to throw a stone and hit a bona fide nerd who still really, really wants to make great entertainment with a great group of people and have a great time doing it.

LA is writhe with super villains. Namely…no, we chose not to name names at this stage. (That comes later, in the graphic novel Origins Story of Sherwood Players.)

For now, we are an expanding band of mutants, attempting to save humanity by battling the super villains in LA while attempting to remain focused on higher art, community education and enlightenment…and making movies too. There’s that.

We don’t follow the rules that were given to us in this town or in life, for that matter. We try not to be pretentious and elitist. We try to bring entertainment back to its theater roots, with old-fashioned tricks like rehearsals, choreography and script psychoanalysis. We try to keep things affordable because we only have one member who’s a millionaire. Snacks never hurt too. We’re figuring this town out step by step, person by person, and project by project.

It took us awhile, but once we found a core group of people with positive, can-do attitudes, more about the material than the moola, we launched Sherwood Players, LA.

It began with a cool project: we got together to make a short little film about a superhero whose special power is teleporting into your car to stop you when you’re texting and driving. His name is Crash. Crash turned into an animated series. That project evolved into a series of superhero shorts, and then monthly workshops…where cool people come together to talk shop, share secrets, band together on film and TV projects and share our collective resources.

We’ve also got a feature documentary on the festival circuit about vigilante street gangs battling drug dealers in Venezuela Tupamaro and a feature film in development about the LA club scene in 2002, from the point of view of a bouncer. In-Security. Clever, yes?

And there’s an innovative class that evolved out of the community: A Director’s Class, offering directors, green or otherwise, an opportunity to work with actors in a class format, and figure out how to bring their respective visions’ to life. It’s hard stuff; it’s not easy. (Good directors just make it look easy…!)

Underneath it all, we believe that good entertainment boils down to universal truths set in relevant times and places. And that great performances can be distilled down to belief. And that belief is born of creating worlds that are authentic and damn interesting. Which are trying to do, en masse,

Boom, we copyrighted that. Don’t even try it.

Any shoutouts? Who else deserves credit in this story – who has played a meaningful role?
Every Sherwood Player deserves credit. The list is currently around 220 members on Facebook. Although, to get some early practice for our Oscar Acceptance Speech.

Here are some core players, in no particular order:

YOU: Yes, looking at you. It would be awesome to have you. Whoever you are, you will fit. Plus, we frequently have snacks.