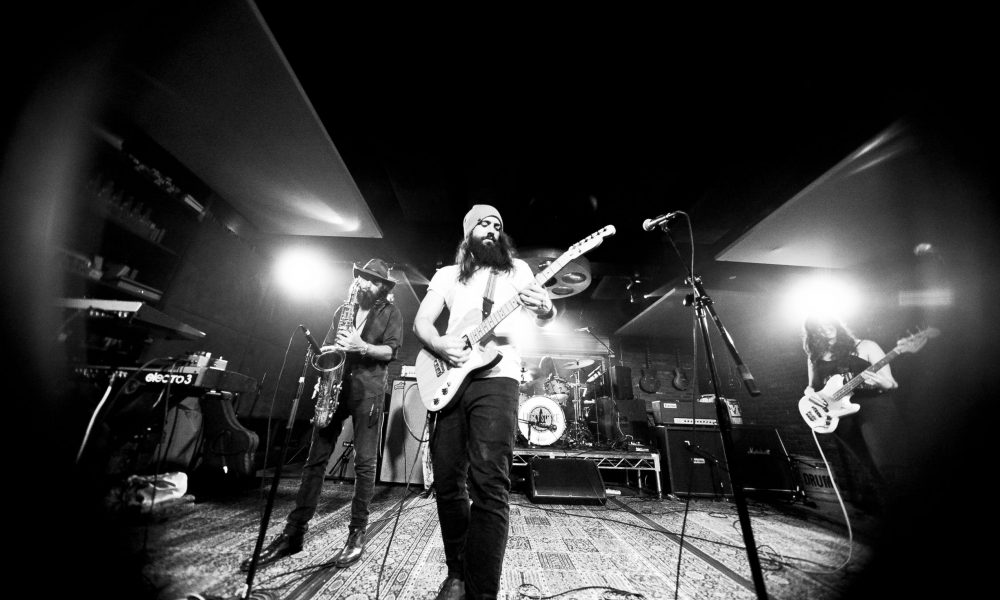 Today we’d like to introduce you to Matt Wayne.

Matt Wayne, let’s start with your story. We’d love to hear how you got started and how the journey has been so far.
JuJu and I started playing music together in 2011 when we were both were hired to play a Halloween Musical. After the show, we ended up forming a duo called Orchid and Beryl releasing music online and playing shows, festivals and private events all around Southern California. JuJu and I formed The Blood Moon Howlers in 2017 because we wanted to start a band where we could play louder, more psychedelic rockin’ blues music! We recorded and EP called Wasteland and started playing around town to get things movin’. We met Brandon “Funknasty” Cooke at one of our shows and when the drummer who was playing with us at the time couldn’t make it, we called “funknasty” in! We immediately hit it off and asked him to join the band. Soon after, we wrote and recorded our “Mad Man’s Ruse” EP and hit the road touring throughout the Southwest. We’ve had various musicians play with us live and on recordings, but the core members of the band are the 3 of us. When we got back home from touring, and we recorded and released our brand new single called “Moonlighters”.

We’re always bombarded by how great it is to pursue your passion, etc – but we’ve spoken with enough people to know that it’s not always easy. Overall, would you say things have been easy for you?
There’s always life’s funny details. We’ve dealt with the occasional tyrant producer or mixing engineer, and have had the typical rude sound man experience and the dive bar show with one person there. The whole band and crew sharing one bed on tour, hopefully eating one meal a day and showing up to a city where the venue doesn’t have a PA, etc.

But we can’t complain, it’s nothing we didn’t sign up for choosing to be a musician in this wacky business! And we love every single part of it. The downs are what make the ups feel so good.

So, as you know, we’re impressed with The Blood Moon Howlers – tell our readers more, for example what you’re most proud of and what sets you apart from others.
Well, The Blood Moon Howlers are a three-piece psychedelic, funky, smokey blues/rock band featuring both male and female lead vocals, formed in Los Angeles, California. The core members are me, Matt Wayne, guitarist/vocalist, JuJu, vocalist/keyboardist/bassist and Brandon “Funknasty” Cooke, drummer/percussionist. We formed the band in January of 2017 and since then have released multiple EP’s (including an original song featured on the film “Sugar Babe”), multiple singles and played venues and festivals all over California, Arizona, New Mexico and Nevada.

Our EP “Hangover Sessions”, landed a premiere in Grateful Web, Twang Nation, The Alternate Root, a feature on I’m Music Magazine Artist Spotlight, Stone Cold Crazy and Radio Venice amongst other notable publications. We have been touring throughout the Southwest and West Coast, headlined for Field Trippin’ Fest in New Mexico amongst many other festivals including the Abbot Kinney Festival, Mesa Music Festival, Highland Park Film Festival and the Super Bloom Festival. We’re planning to release two new singles and head back out on tour through Nevada, Colorado, Utah and the West Coast in the Fall of 2020. Our newest single, “Moonlighters” released on April 3, 2020 has already landed great reviews and features by BUZZMUSIC, Essentially Pop, Jammerzine, Vents Magazine, Divine Magazine, I’m Music Magazine and many more!

So, what’s next? Any big plans?
We just released “Moonlighters” and we have a music video coming out on April 24th that we’re really excited to share! We have a couple more singles coming soon and we’re writing our new album which we’ll give more info about very soon. We also plan to go on tour this year through North America playing festivals and events along the way. We also just started a new talk show web-series called “Beard Talk With The Blood Moon Howlers” on YouTube where you’ll be able to get to know the band better and also meet some of our fellow musicians, friends and crew. Watch Episode 1: https://www.youtube.com/watch?v=UqM5aE49p-U&t=1713s. 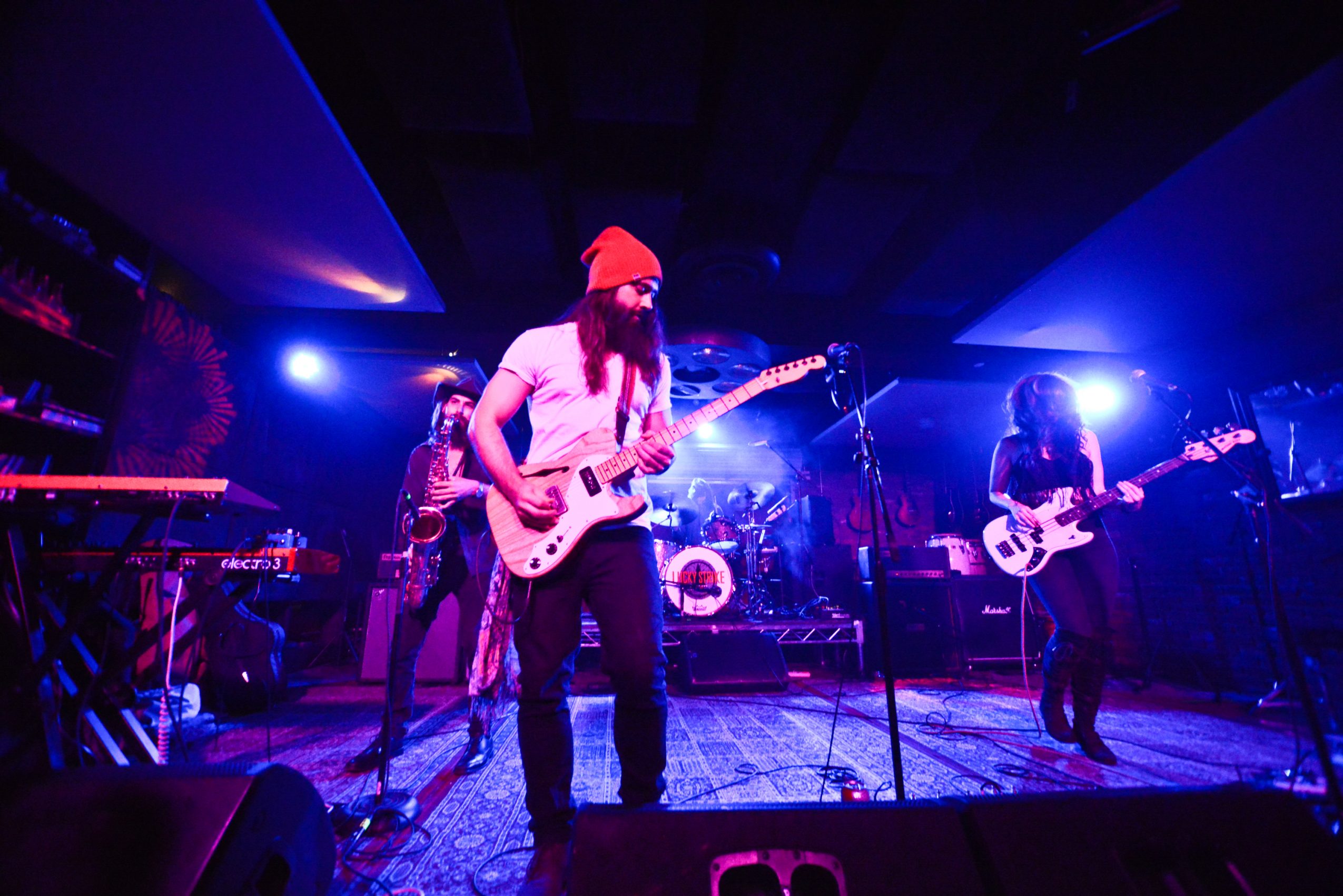 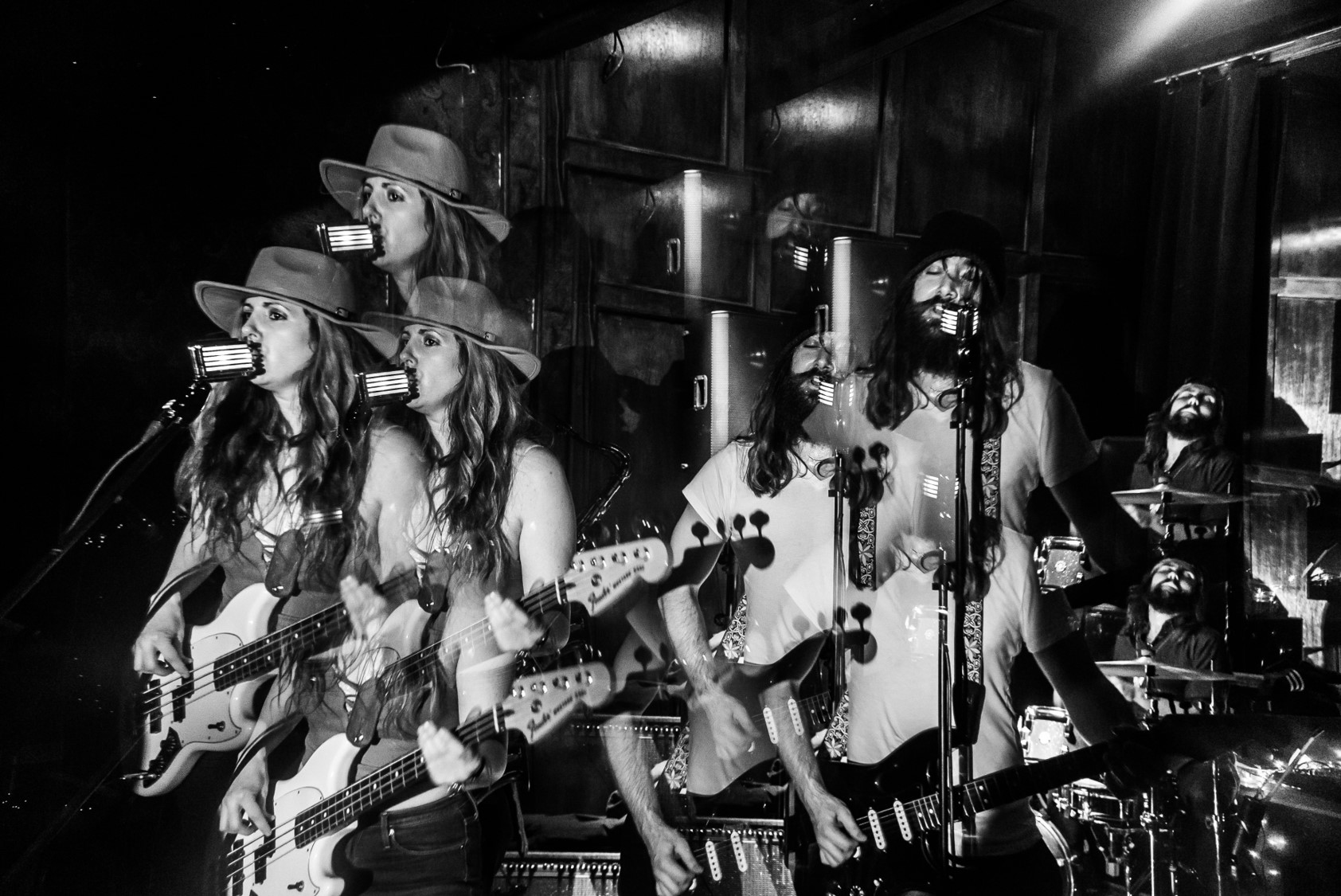 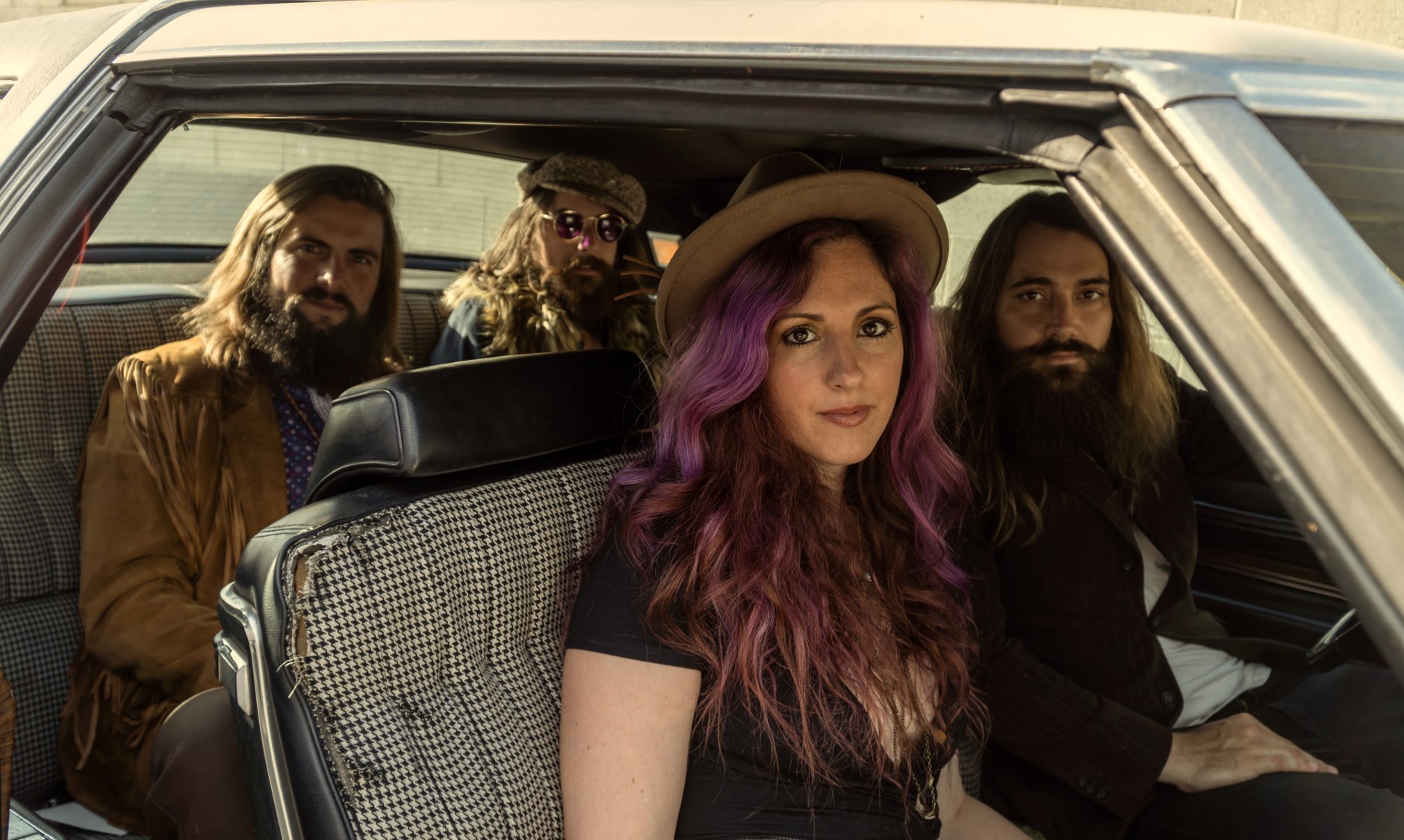 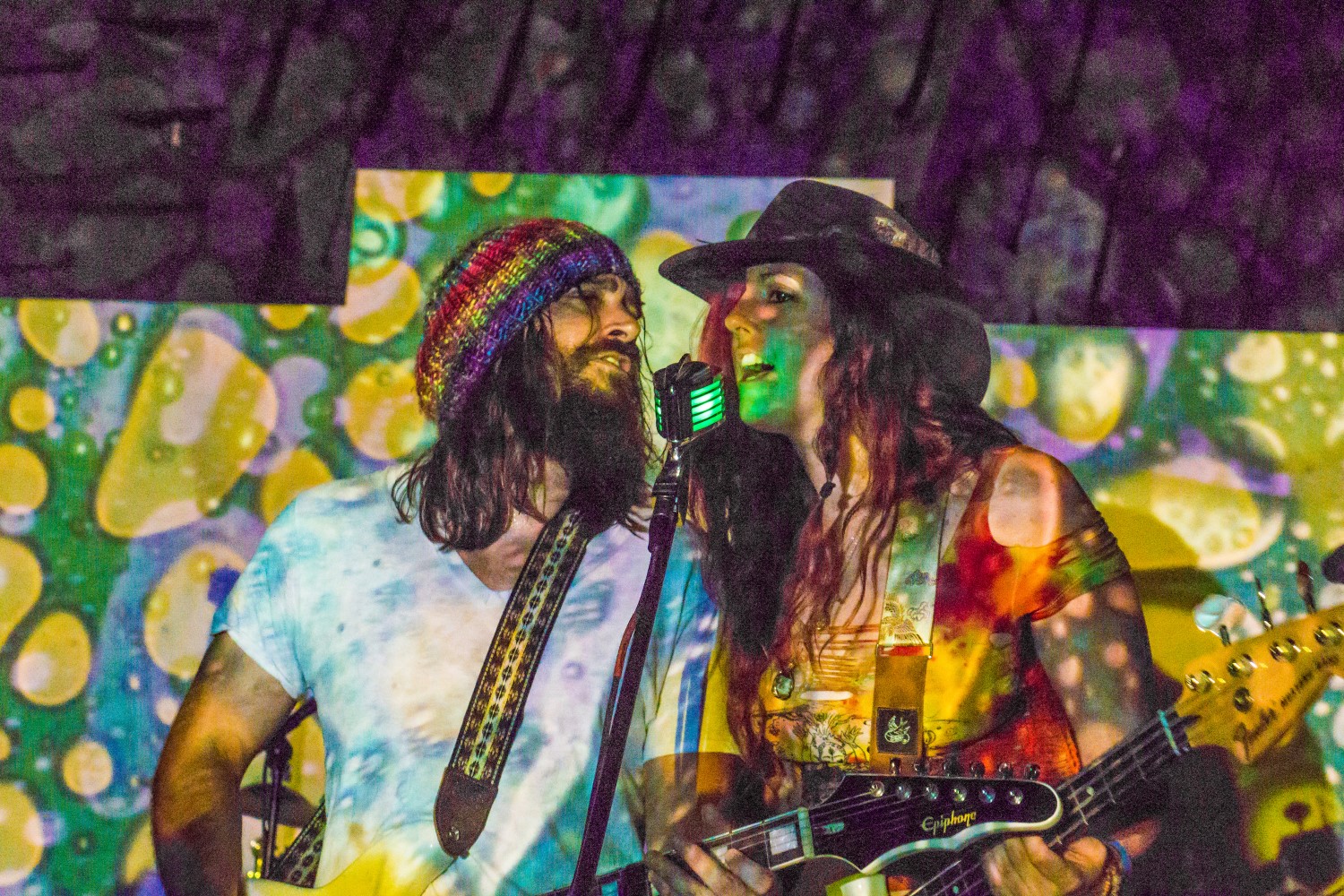 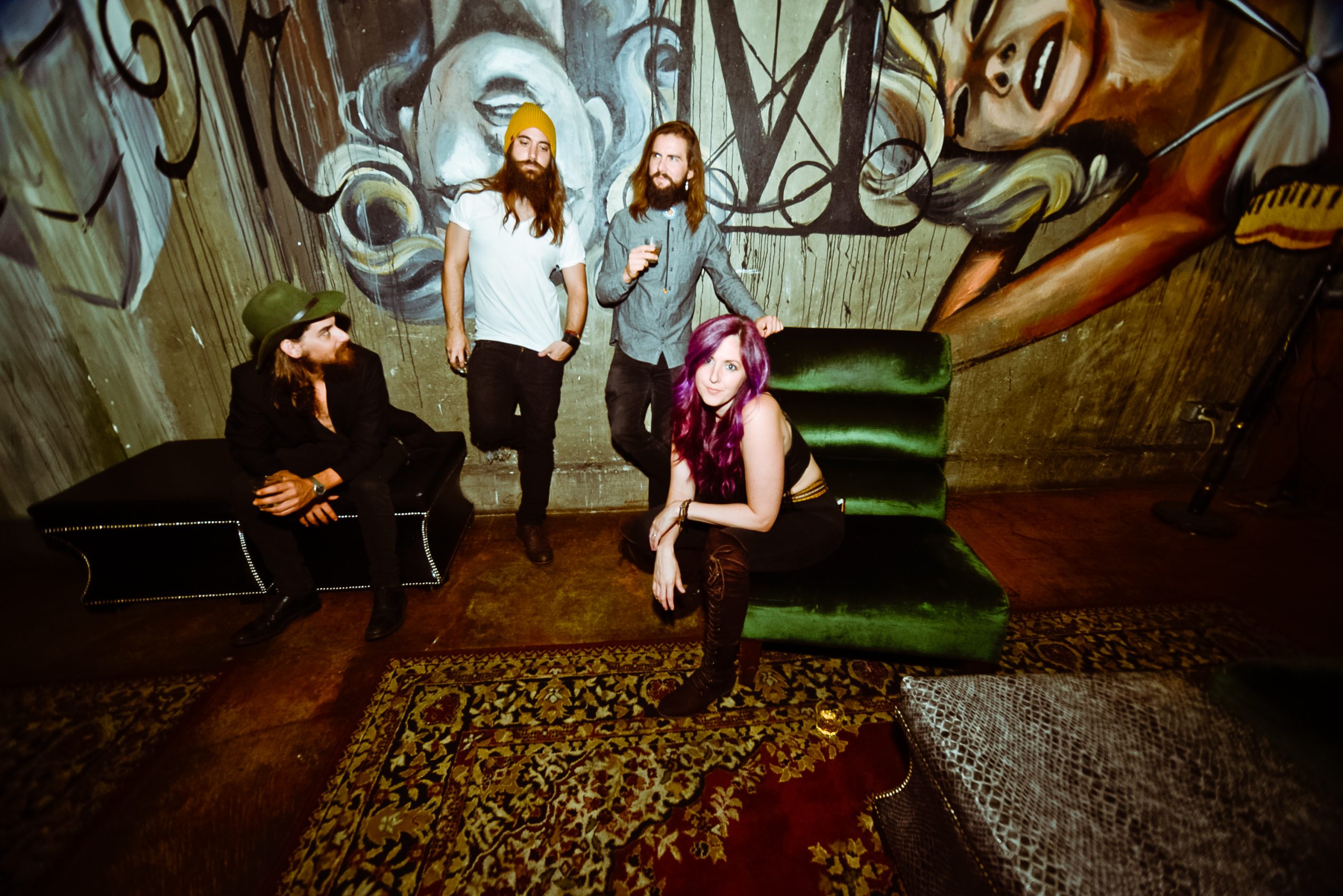