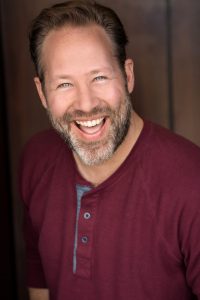 Today we’d like to introduce you to Matt Ritchey.

Thanks for sharing your story with us Matt. So, let’s start at the beginning and we can move on from there.
I’ve been a performer my entire life. I liked entertaining my family and friends, but really I was just entertaining myself. I was the kid who made the 8 mm version of ET in his backyard wearing a Halloween “Yoda” mask when I was in third grade. I had a one-man-band called Slime which consisted of me playing air guitar and singing songs like “Gag Me With A Mushroom“ in friends basements like it was a tour. I was that kid.

My family moved to Morgantown, West Virginia when I was in fifth grade – I had a great upbringing and it was a small college town, but I felt I was missing out on bigger “city things.” It’s why I applied to NYU – one of the best decisions and experiences of my life.

I was at the Playwright’s Horizons Studio studying everything from acting and directing to dramaturgy and how to run a not-for-profit theatre company. There were a lot of opportunities to create your own work and all of those things fed my desire to know a little bit about everything – including film and TV.

I got an assistant directing/teaching gig in Shakespeare at St. Paul’s School’s Summer Program in New Hampshire the year after I graduated, I became a Shakespeare Moderator at Theatre West when I moved to Los Angeles, I attended the Royal Academy of Dramatic Art in London and then Director’s Lab West, where I later became an Associate Producer.

I’m a big fan of schooling – knowing how much I don’t know has always made me more tentative to really “go big” with my own work. I always assumed others knew way more than I did.

We’re always bombarded by how great it is to pursue your passion, etc – but we’ve spoken with enough people to know that it’s not always easy. Overall, would you say things have been easy for you?
I don’t think anybody has a smooth road. I’m not sure they exist. I always thought you were only “allowed” to do one thing. The whole time I’m growing up, I’m writing my own scripts, directing people in plays or short movies, acting in them, having a very clear idea of the bigger picture of how to tell a story. But I’ve also always had the belief that I had to do it by myself. (That’s probably a perfectionism thing.) So when I didn’t have the money to put up my own productions, I would write plays that had very few props, people, costumes. And no real scenery. Stuff just happens in a black box. Why? It would be easy to produce. That’s actually how and why I wrote “Romeo and Juliet in Hell.”**

I was just taking stuff that I loved – comedy, Shakespeare – and turning it into a ridiculous thing that I would want to see. There’s a lot of ridiculous stuff that I would like to see. But I’ve been told my entire life that my jokes are corny, puns are the lowest form of humor, intellectual literary stuff isn’t popular, etc.. All of which I read as “you need to do something other than being yourself.” Sadly, I listened to that. Spent a lot of time trying to figure out what the rules were and how to play by them so that I could be successful. This, of course, led to me getting so frustrated and upset that I quit, got suicidal, and had no idea what I was gonna do.

I won’t go into how or why, but I got a gig with a theater company that needed a director for a goofy Star Trek comedy homage in 2014. I had such a blast with them that I wanted to keep rolling and use the 14+ character cast to perform a play that I had written back in college – one of those “punny, too literate, niche, goofy” plays I’d written about Romeo and Juliet forced to live in a Personal Hell where Tony from West Side Story sings “Maria” for Eternity and the only way they can escape is to watch Shakespeare’s dead characters (Hamlet, Lady M, Lear) perform the play “Romeo and Juliet.” I just wanted to do it, and I assumed it would fail because of what everyone had told me, but I didn’t care. Fortunately, I was wrong. The show oversold, I actually made money on the production, and that was the beginning of my starting to believe that I might actually have a unique voice worth listening to.

Please tell us more about your work. What do you do? What do you specialize in? What sets you apart from competition?
As a director, I tend to specialize in new works and comedies. I call my work “Daffy Duck” directing sometimes because the specificity of movement in animated cartoons when applied to live actors onstage makes me outrageously happy. I wallow in Shakespeare and Poe (I’m a huge fan of horror and the gothic), but my writing is often over-the-top comedy with a very serious message that drops right before the end.

I have a service called STORYCRAFTING. I’ve spent the last 20 years working on the story as a screenwriter and playwright, as an actor, and as a director of stage and screen, so I know there’s no “right way” to tell a story, but there are a lot of ways “in.” Through STORYCRAFTING, I help people realize the story they want to tell in the way they want to tell it, through a mixture of brainstorming, structure, history, and most importantly, what about the story makes it theirs.

A good example is Jonathan Tipton Meyers’ one-man show WE ARE TRAFFIC. He and I were sitting around eating waffles at a film festival in Maryland and he was telling me these truly crazy stories about how he drove to L.A. I mentioned that just watching and listening to him tell stories like this should be his one-man show – just simple, telling the story. Over the next few months, we worked together to refine the show into a bigger concept. The work is 100% Jonny, I was just there as an outside eye giving objective thoughts and ideas on what he wanted to get across and how. That’s the process I use in STORYCRAFTING. (Jonathan’s show was a hit, by the way, and he still does a lot of storytelling across Los Angeles.)

It’s always gratifying to see a show I’ve worked on go up, but as an educator as well, being involved in someone else’s process of creativity and discovery is just heart-bursting.

So, what’s next? Any big plans?
“Romeo and Juliet In Hell” is now playing at Force of Nature Productions and a music video for my song “Smellay Lahk A Turkay” just dropped online (tinyurl.com/smellayturkay)! It’s from the play BLACKBOXING which I wrote and performed for the 2019 Hollywood Fringe Festival. I was fortunate to have it resonate with a lot of people and the folks at For The Love of Parody Productions awarded “Turkay” as “Standout Song” – the award came with a music video which looks fantastic!

I wrote that song in my Sophomore year of college in about half an hour as I sat on my bed in my dorm room. Twenty-some years later, I was walking around the streets of Hollywood carrying an engraved award for it. I took a big leap this year and it has been paying off in amazing, wonderful ways. I have big changes on the horizon…

… I’m just not sure what they are yet. 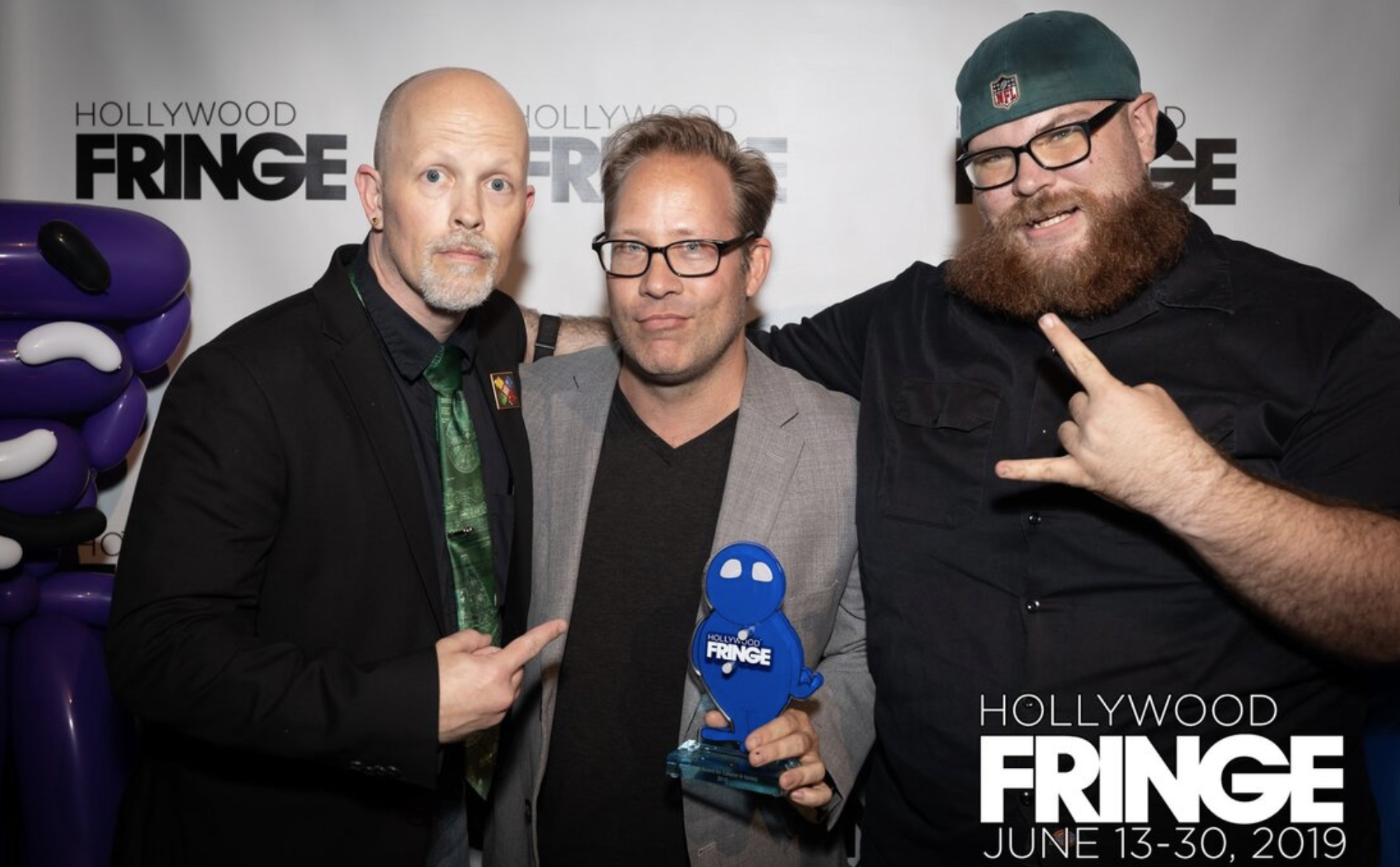 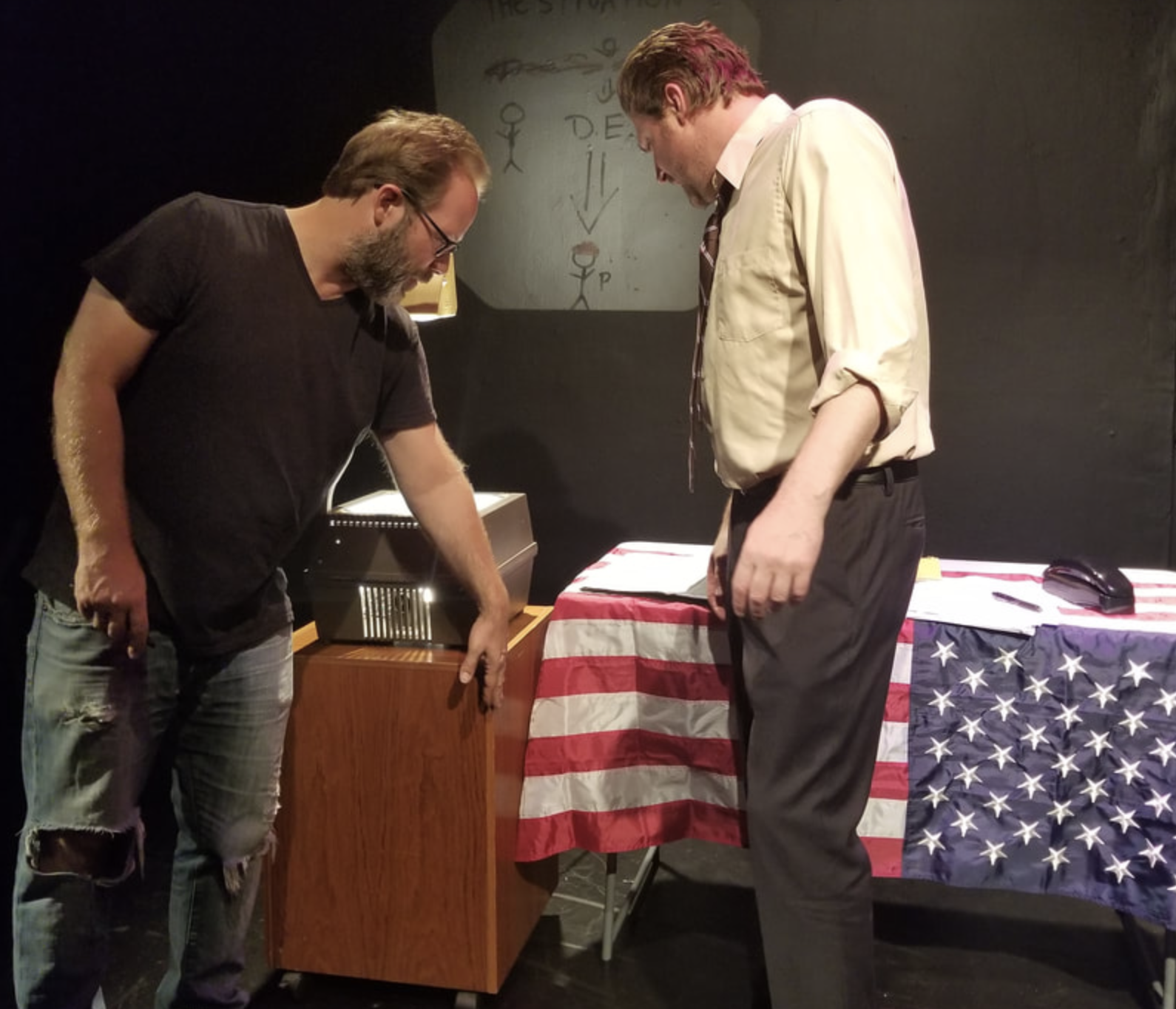 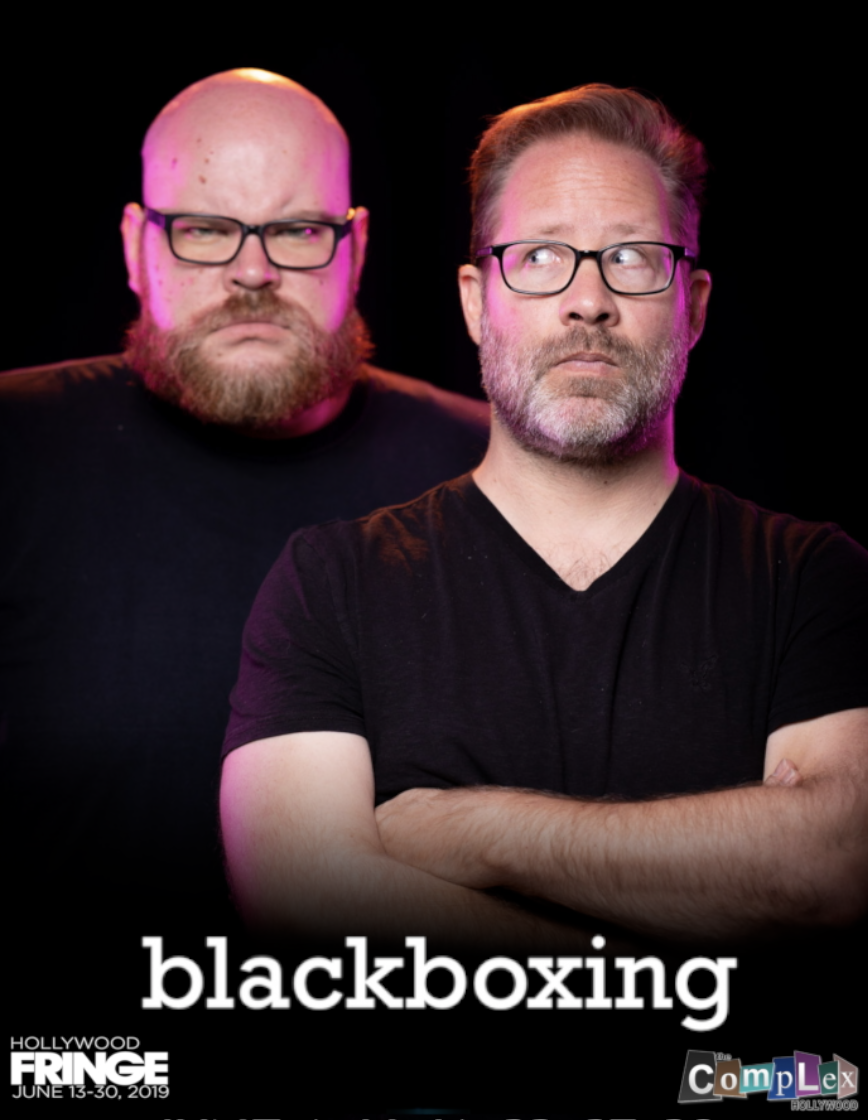 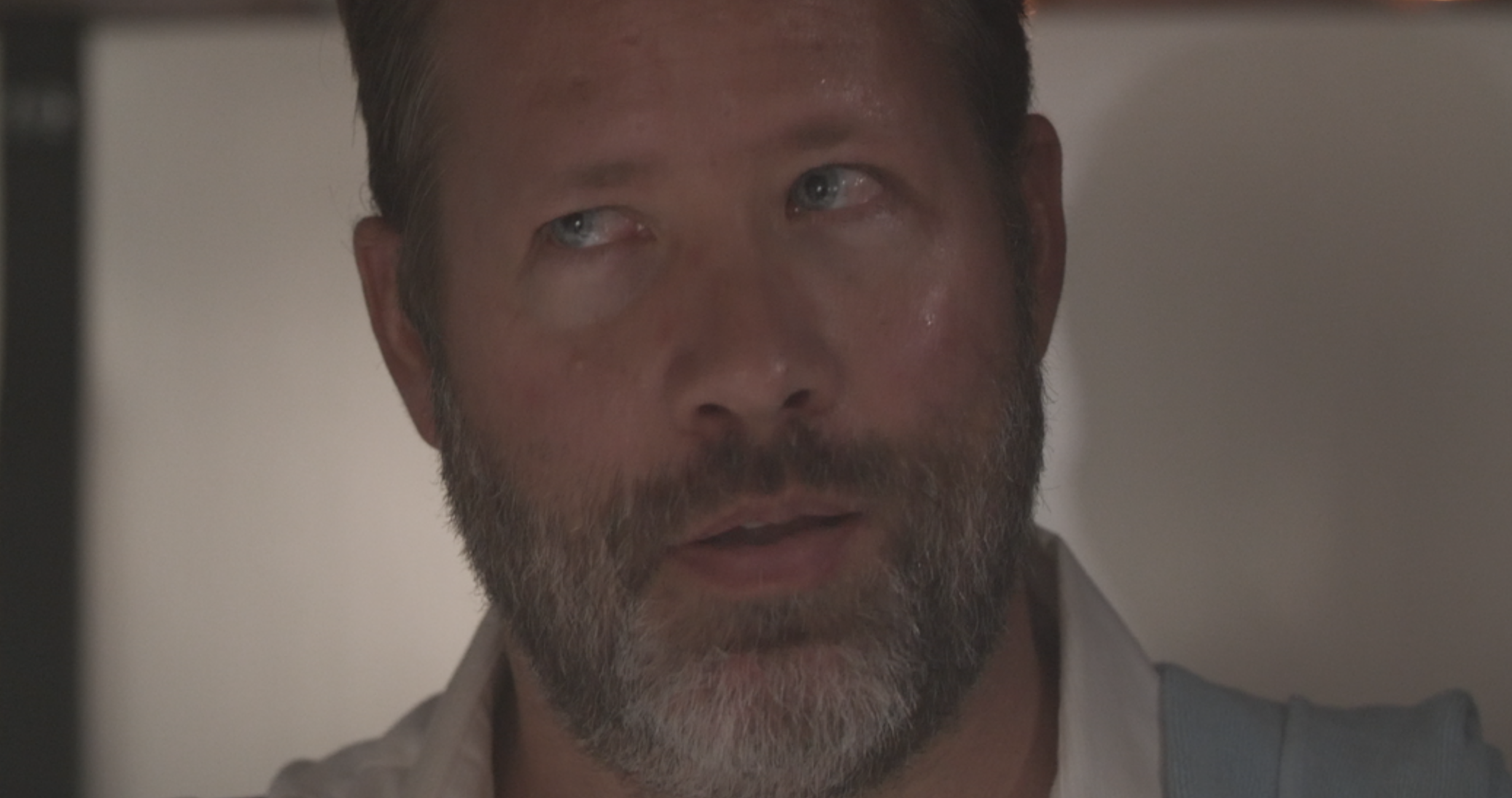 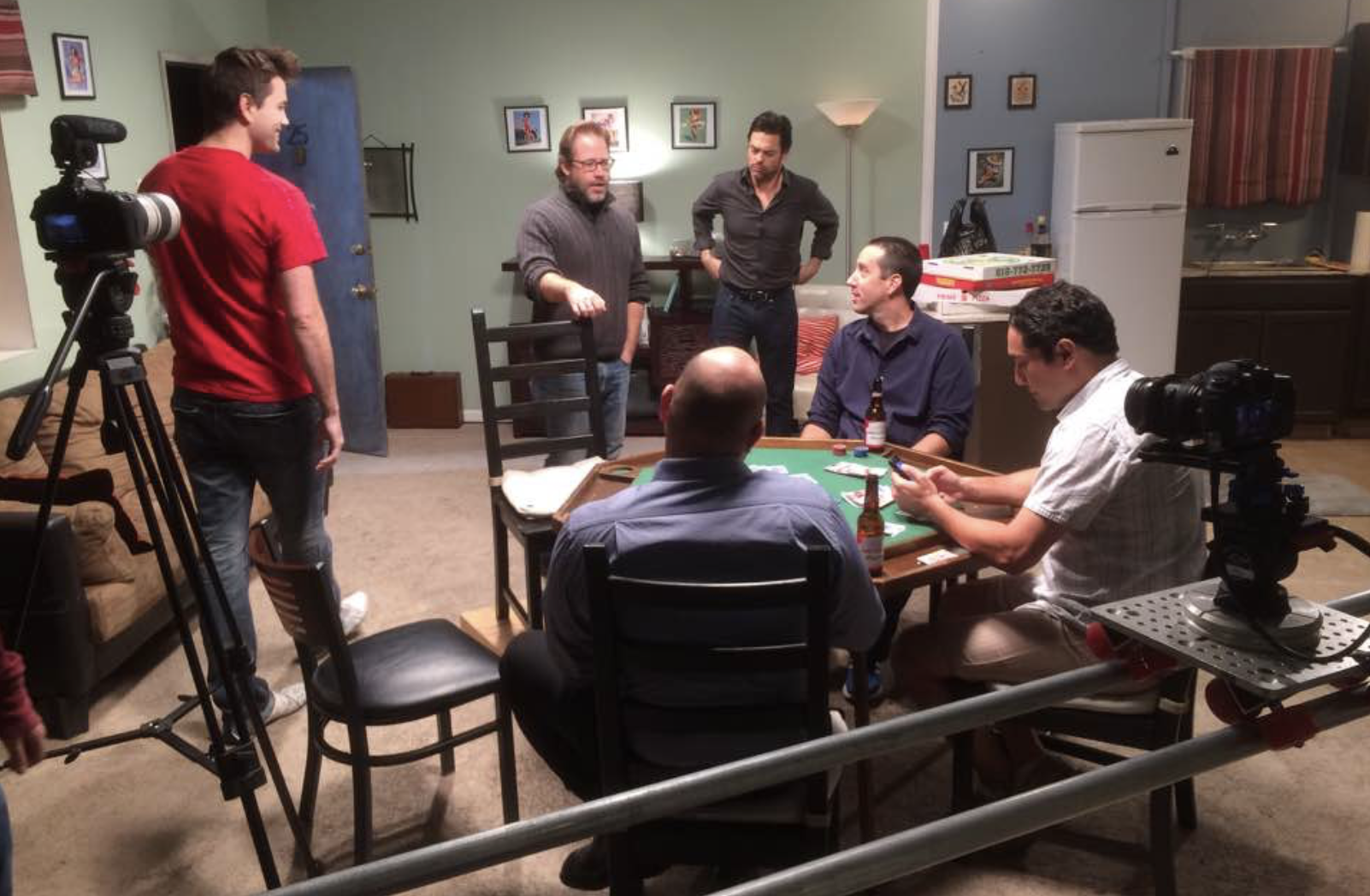 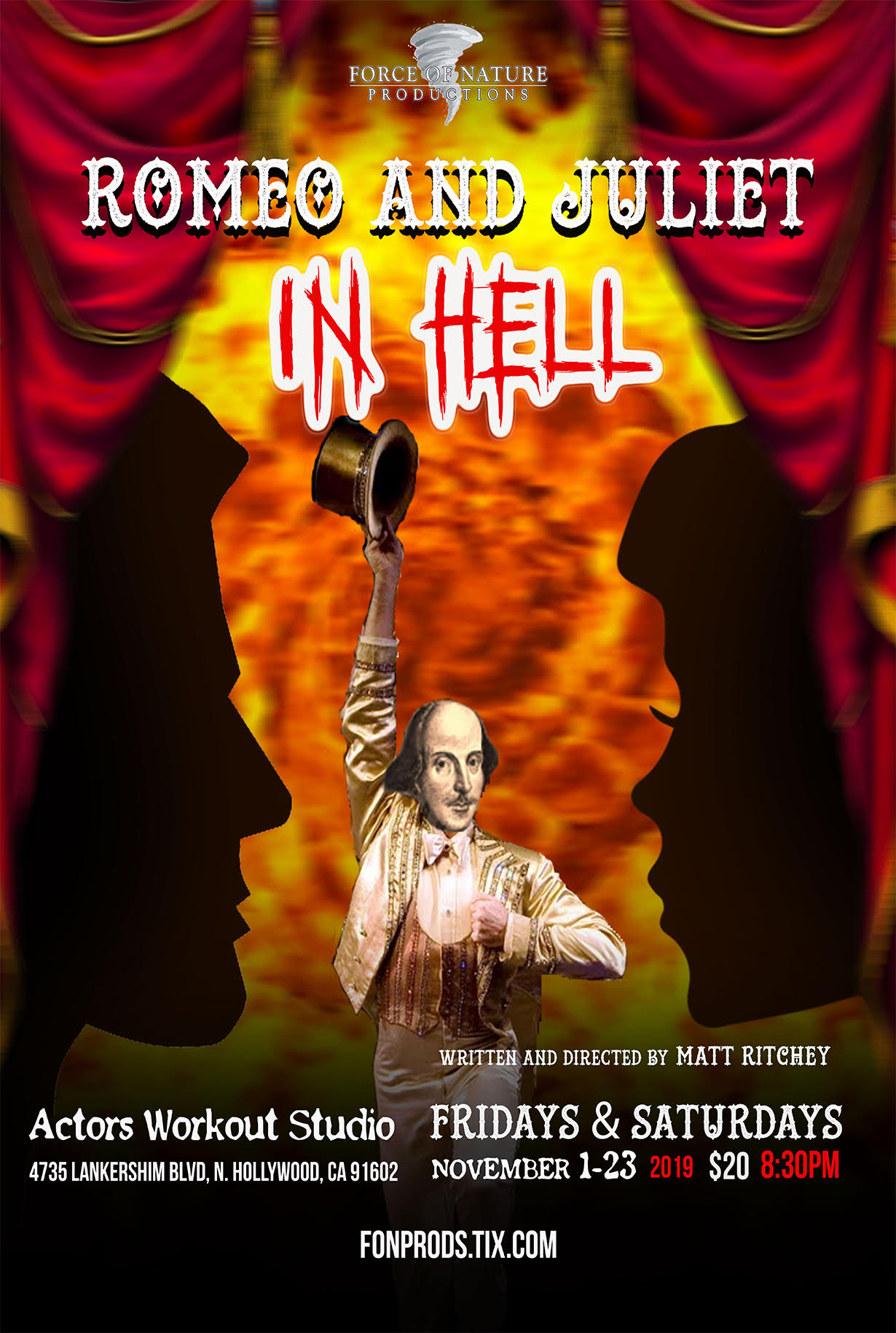 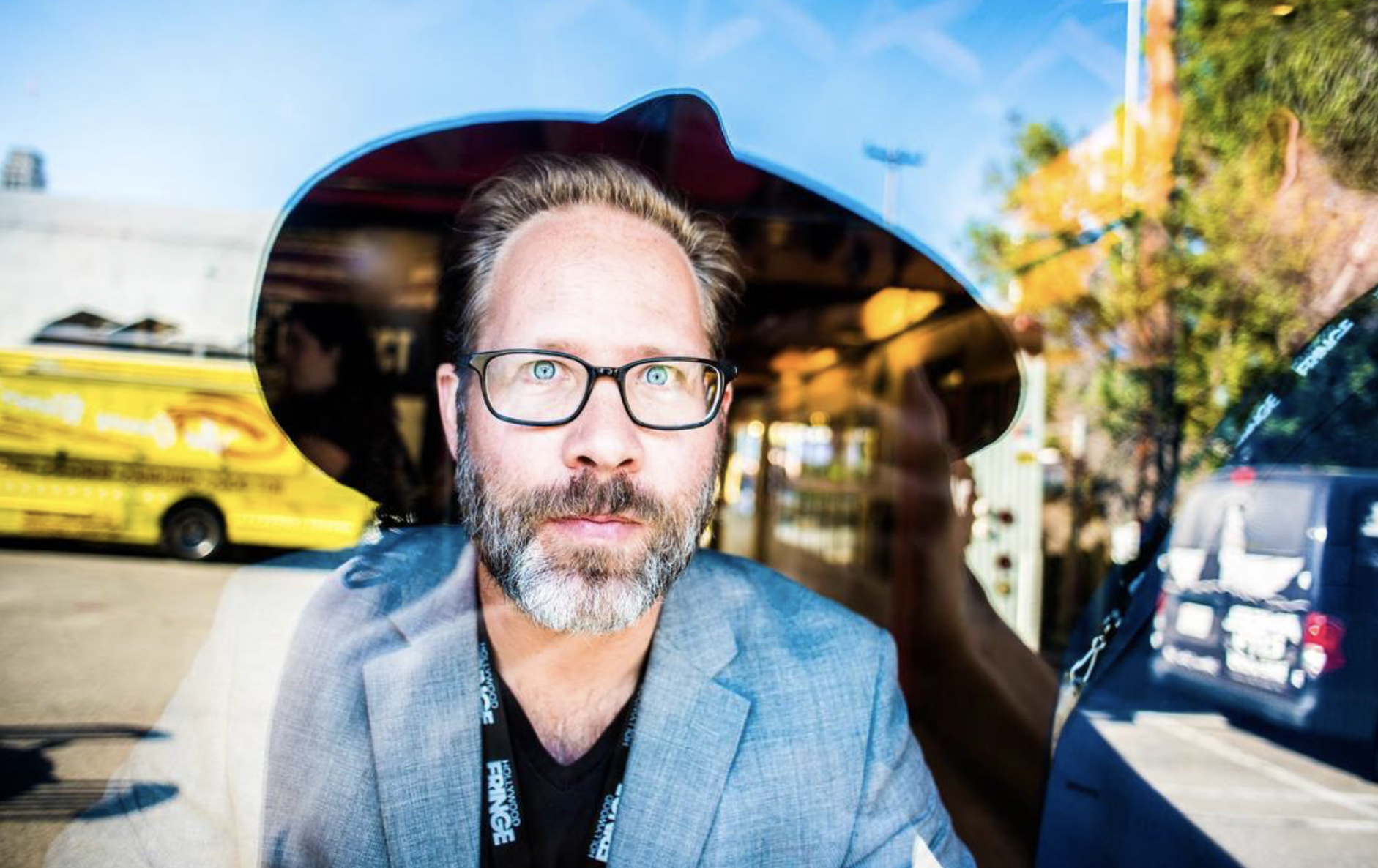 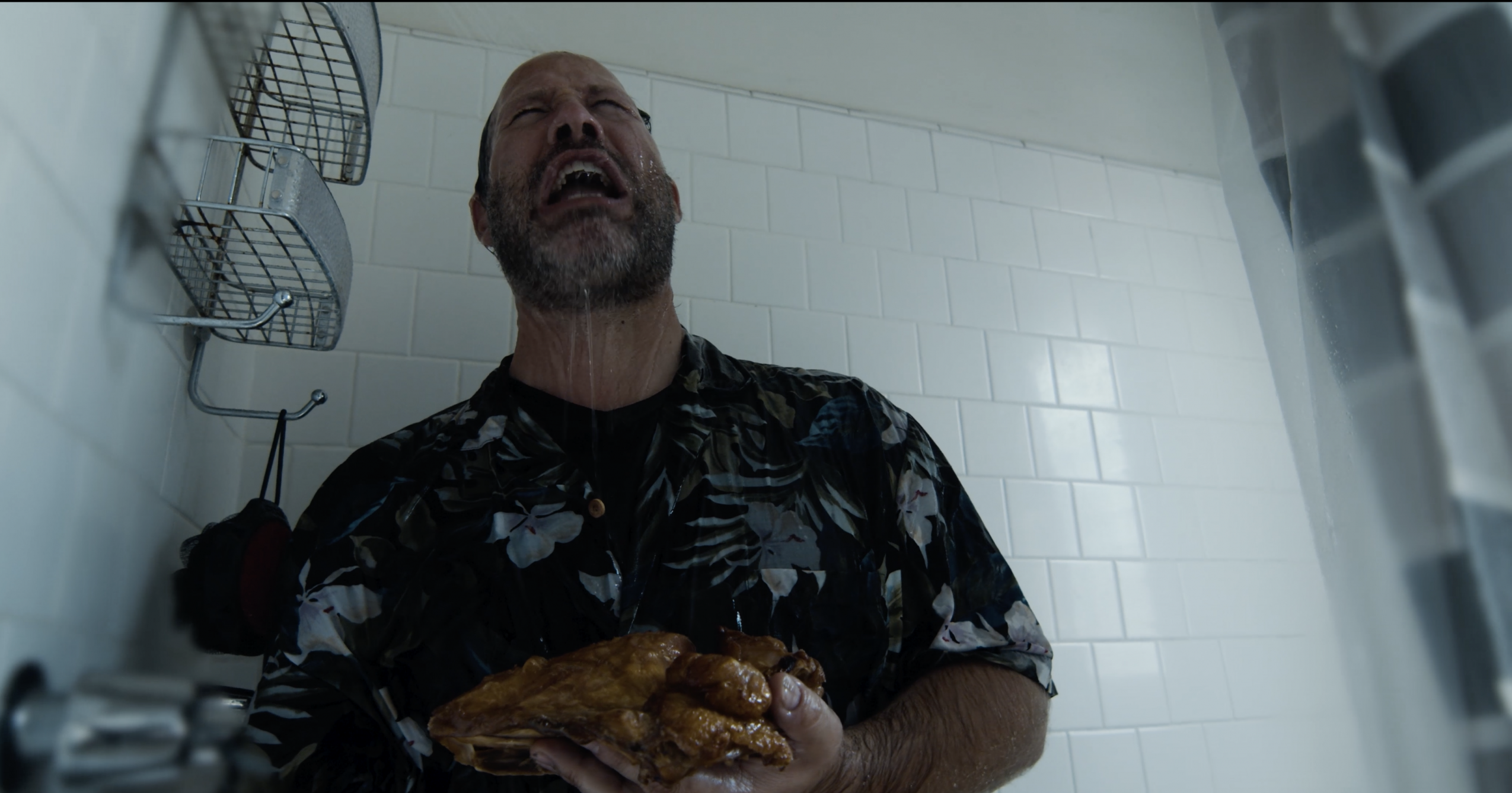 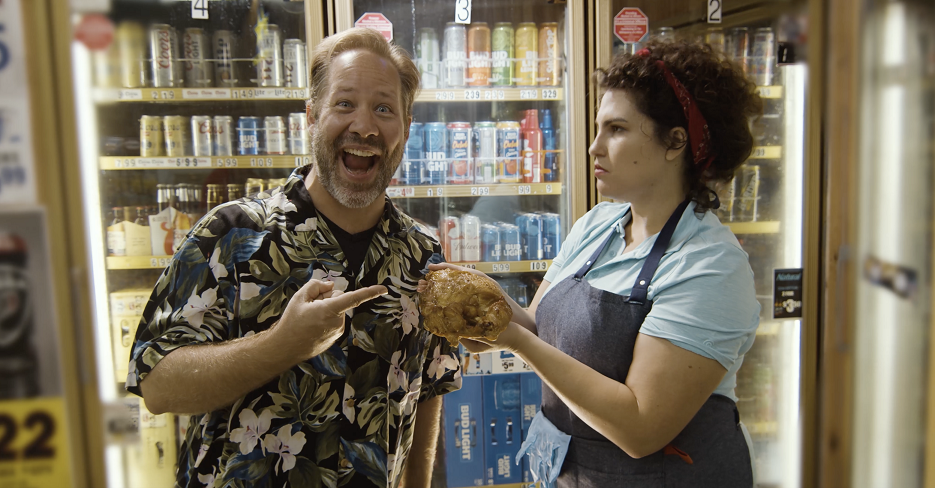