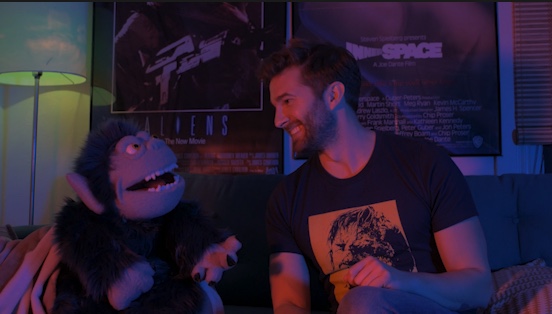 Today we’d like to introduce you to Matt Catanzano.

Thanks for sharing your story with us Matt. So, let’s start at the beginning and we can move on from there.
I’m from Boston Massachusetts. Oldest of five. I was a real “indoor kid” growing up – obsessed with movies and TV. I’ve been creating content since I was a kid shooting and editing family vacations to turn them into fake infomercials and comedic short films. In college, I got accepted into a student filmmaker program with the American Pavilion at the Cannes Film Festival. I got to show my short film there and at the Venice Film Festival the following year as part of the same program. I also got my first taste of independent films in college when I got an acting role in, and became Associate Producer on, a low budget horror movie called…Camp Slaughter. The title says it all. At the time, I was also working at a video store so I got the unique pleasure of convincing Hollywood Video customers to rent a movie I was murdered in. And that…was as nerdy as it sounds.

After college, I became a Mainstage cast member at Improv Asylum. I performed/taught every night of the week. It was like a comedy, writing, and performing grad school. Everyone I met and performed with was, and still is, incredibly talented. In addition to Mainstage shows, I created/directed the first annual Halloween Show at the theater. I’ve directed every Halloween Show since. This past year was the 10th anniversary. Do I have the show’s logo tattooed on my body? Why yes, yes I do. I’m a Halloween and horror aficionado. Every year I seek out new haunted houses and try to force my friends to come with me. It’s an illness. Quick advice, don’t go into any haunted house that makes you sign a waiver. Shhhh, just trust me. Halloween is every day for me. The trunk of my car is currently filled with Halloween props (skulls, severed hands, masks) just in case I need to put up a pop-up Halloween Show wherever I am.

My friend and fellow performer, Richie Moriarty, and I started our YouTube page, “Simply Unemployable” in 2012. We created a web series called “Employment Through Craigslist” which led to becoming a channel partner with Broadway Video’s Digital Studio, Above Average Productions. I moved to NYC where Richie and I ran a live Simply Unemployable show at the People’s Improv Theater and Union Hall. We also hosted Above Average’s monthly comedy showcase and created content for their site as well as our own. We released web series such as “Portrait STUdio” and “Congressional Hearings” as well as some other sketches. I wrote and directed the sketch, “Sex in a Haunted House” for Above Average which is currently at 98+ million views on YouTube. I like to think that’s because I did a great job, but I think the title also has something to do with it…Simply Unemployable sketches have been featured on Buzzfeed, Digg, College Humor, NPR, Splitsider, Huffington Post, among others. While in NYC, I booked and performed in an NBC/Universal showcase here in LA directed by Mick Napier, who literally wrote the book on improvising. For real, it’s called “Improvise.” I moved to LA shortly after that amazing experience.

In LA, I’m focusing my content on my first loves: horror and comedy. My feature horror/comedy screenplay, “At Death’s Door” was a semi-finalist (top 2%) at the Austin Film Festival in both the Horror and Comedy categories. The exact categories I was shooting for! I got to do a live reading of the script in LA with an awesome cast of actors/comedians who live out here. That was a real Hollywood highlight so far. I just started a new site, The Happy Ghost Productions. It’s devoted to content with a genre edge, including a series called DEEP CUTZ, where I dissect my favorite cult films with a monster puppet cohost named M.A.X. that I had built for the project by the wonderful Rachel Burson. I have a great puppeteer named Blair Donovan and great DP Ryan Parsons (Plus, Richie voices the exasperated M.A.X!) I write, direct, edit, AND I am quite possibly…the only human being who wants an analysis of movies like “In the Mouth of Madness” and “the Blob.” But!  If you ever need a horror movie recommendation, I’ve got a show for you! Subscribe! JUST DO IT!

I love making stuff and I’m lucky enough to have an incredible pool of talented friends.  I plan to expand Happy Ghost into a small production company that specializes in independent genre films that utilize practical effects. And while I’m doing that, I’ll continue to perform standup, improv, sketch, and character showcases around the country. Right now, I have a bunch of live shows in LA. Sorry, I meant “had.” The world ended. But when it comes back…I co-run a movie/nostalgia comedy show & podcast called “Late Fees” (latefeescomedy.com) with the brilliant James III. I perform long-form improv with Mike Anastasia and Adam Peacock at Second City Hollywood. I host a bunch of great standup shows produced by the amazing Mat Dann including “Sunset Special” at Soho House and “ill-Prepared” at Oeno Wine. And I have a character showcase I co-host with Improv Asylum alum, John MacGregor, called “Transplants.” I’m also in preproduction on a new Horror/Comedy audio series. Coming soon! Otherwise, I can be found modeling on such prestigious product boxes as ads for inflatable pool floats and “personal” massagers. Yes, that’s real and YES, I’LL DO ANYTHING FOR MONEY.

Overall, has it been relatively smooth? If not, what were some of the struggles along the way?
No!! haha. The good times outweigh the bad times, but this industry is a real high highs and low lows life. I think the biggest struggle is self-doubt. There’s a need for validation and when that’s lacking or hard to find, it can be hard to keep going. Improv and Sketch have this wonderful ensemble quality that makes them fun. So that helps. Writing and Standup are a little lonelier, a little more like you’re in a vacuum.

The hardest hurdles have been every move to a new city. In Boston, I struggled and worked until I achieved my goal of being a mainstage cast member at Improv Asylum. After that, I moved to NYC where…no one cared. You start over. You have to build yourself back up. Then, just around the time I was feeling comfortable in New York, I left and went to LA. (And LA definitely doesn’t care you’re here hahahaha <looks out the window pensively>)

However, the best part of coming up as a live performer is you get a thick skin. We did an Improv Asylum show for Boston cops where I had to make a woman sit down using a chair like a lion tamer. We performed in a field in front of a dog show that was going on as we did our set. We did a wedding where the groom DID NOT tell his wife or guests that an improv show was going to happen…few people want to be “surprised” with improv. Simply Unemployable used to do a lot of college road gigs. We did a show in a school’s stadium where they gave the students foam balls to throw at us. We once opened for a college’s “mashed potato bar.” You read that correctly. Once you’ve done a show for a room of Freshmen who just want to eat some carbs, you can do most things.

Please tell us about Happy Ghost Productions.
I’m best known for a deep, unhealthy love of horror movies and Halloween (and for being a hoarder. The three “H’s”!) I have a hallway in my apartment my wife calls “The Hallway of Horrors.” It has a video store, “Adults Only” sign above beaded curtains that keep it separate from the rest of the apartment. Inside, a huge collection of movie posters, DVD’s, VHS, art, and props. How many copies of The Evil Dead does one person need? Why keep collecting movie posters if you don’t have the wall space? Who has boxes of movie stubs from seemingly their entire life? (answers: infinite, because it’s fun, me!) My new website, thehappyghostproductions.com, is a place for me to concentrate some of my more specific interests. It’s got sketches about demonic children, Halloween cocktails, and my Deep Cutz series that explores why you and a monster alien puppet should love the cult/horror films I adore. Meanwhile, my live show & podcast, “Late Fees” is a place where I can do live comedy based off my favorite topics: movies, horror, and nostalgia. Listen to James III and I talk movies here: https://www.spreaker.com/user/latefeescomedy/late-fees-episode-2

If you had to go back in time and start over, would you have done anything differently?
I’d start everything sooner and do it for shorter. I’ve always wanted to do what I’m doing. When I was little, I used to pretend to be an FBI agent, not because I wanted to grow up and BE an FBI agent, but because I wanted to grow up and be David Duchovny. I wanted to play Fox Mulder. I…wanted to Believe (sorry). Most of the lessons I’ve learned have come from shaking things up. From moving, from starting new projects, from trying different things, working with new people. If I could start over, I’d push myself to try even more things and try them sooner. It can be hard to switch things up when you’re comfortable. I’d also try to enjoy the present more. I’ve had so many amazing experiences with incredible people and I think I suffer from always looking ahead and not enjoying the moment or just thinking about how the moment reminds me of a movie. Oh, and I’d also invest in Zoom. Get that sweet sweet Zoom money. Is that a thing? 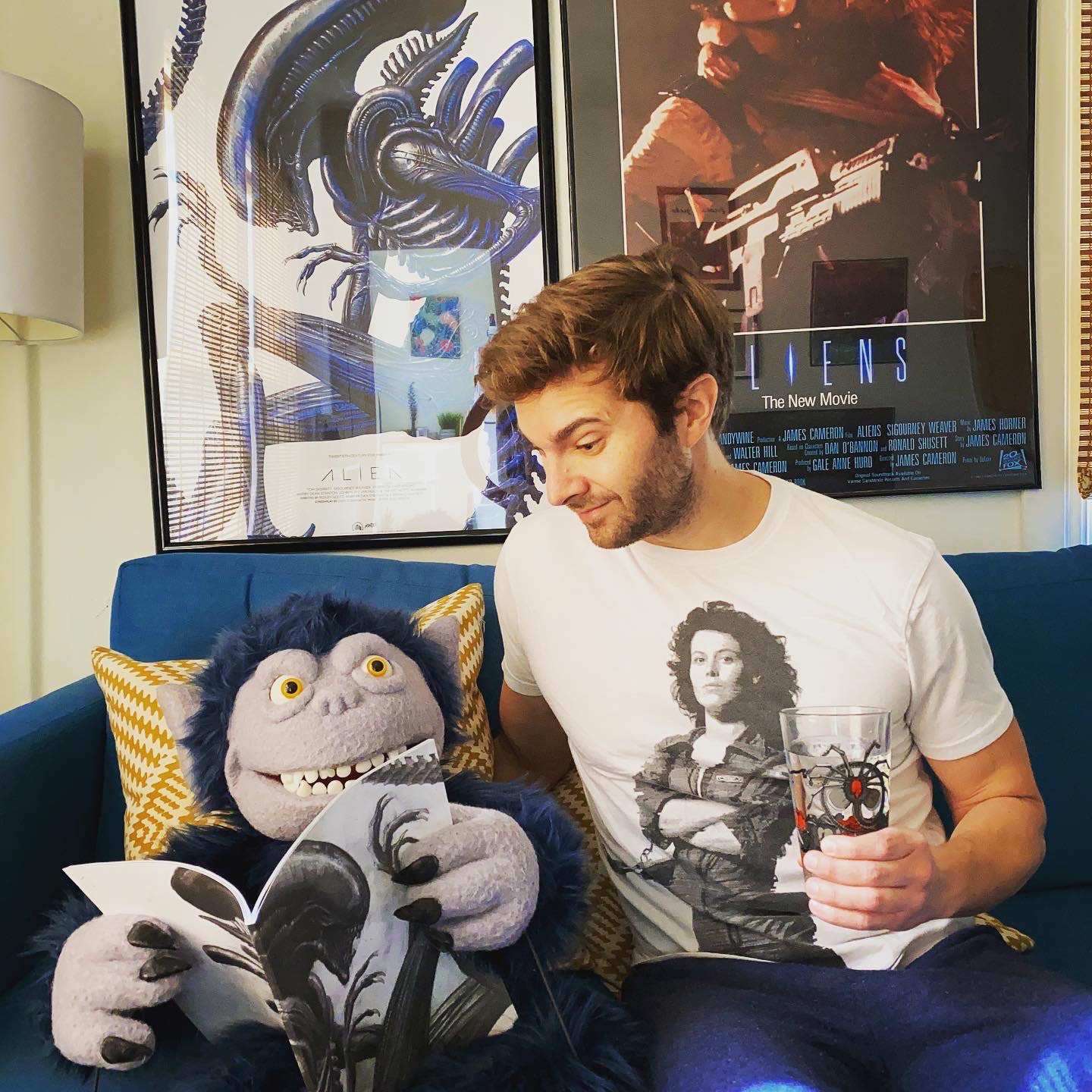 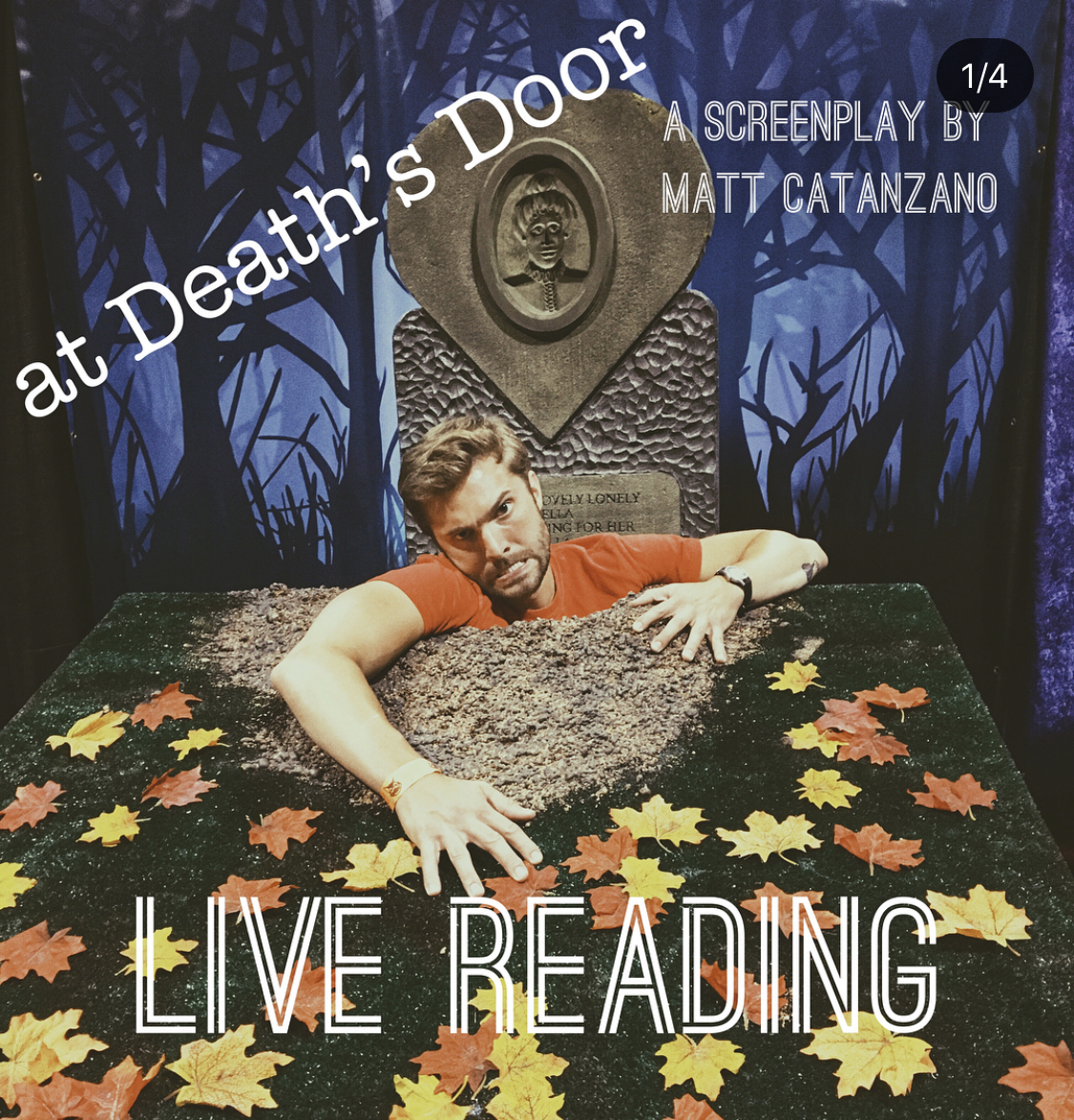 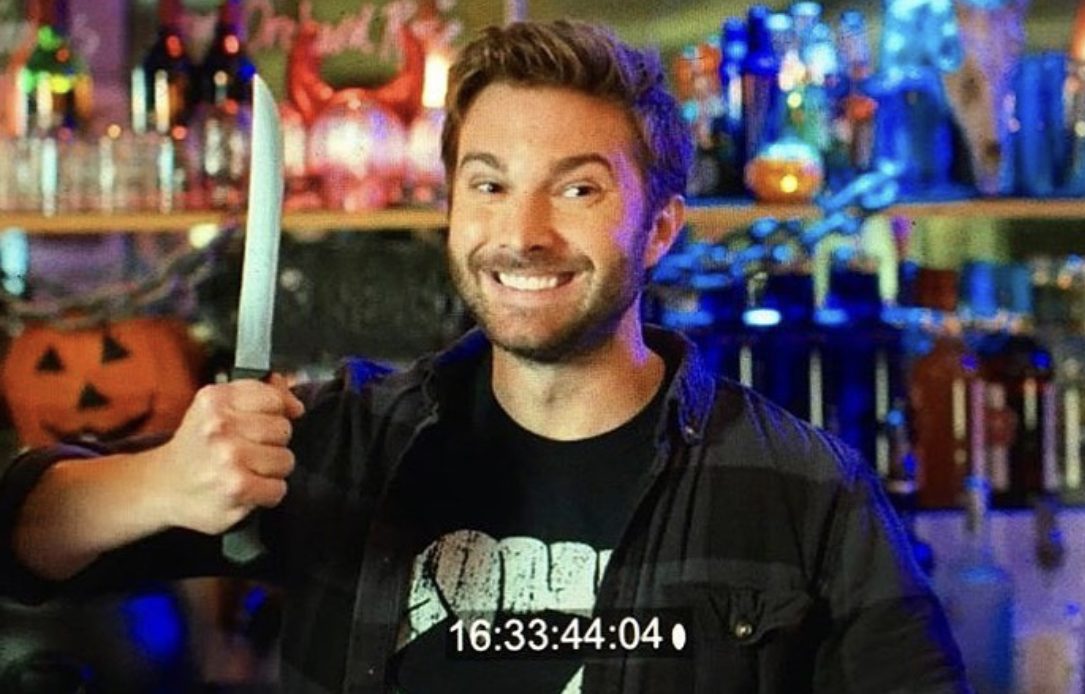 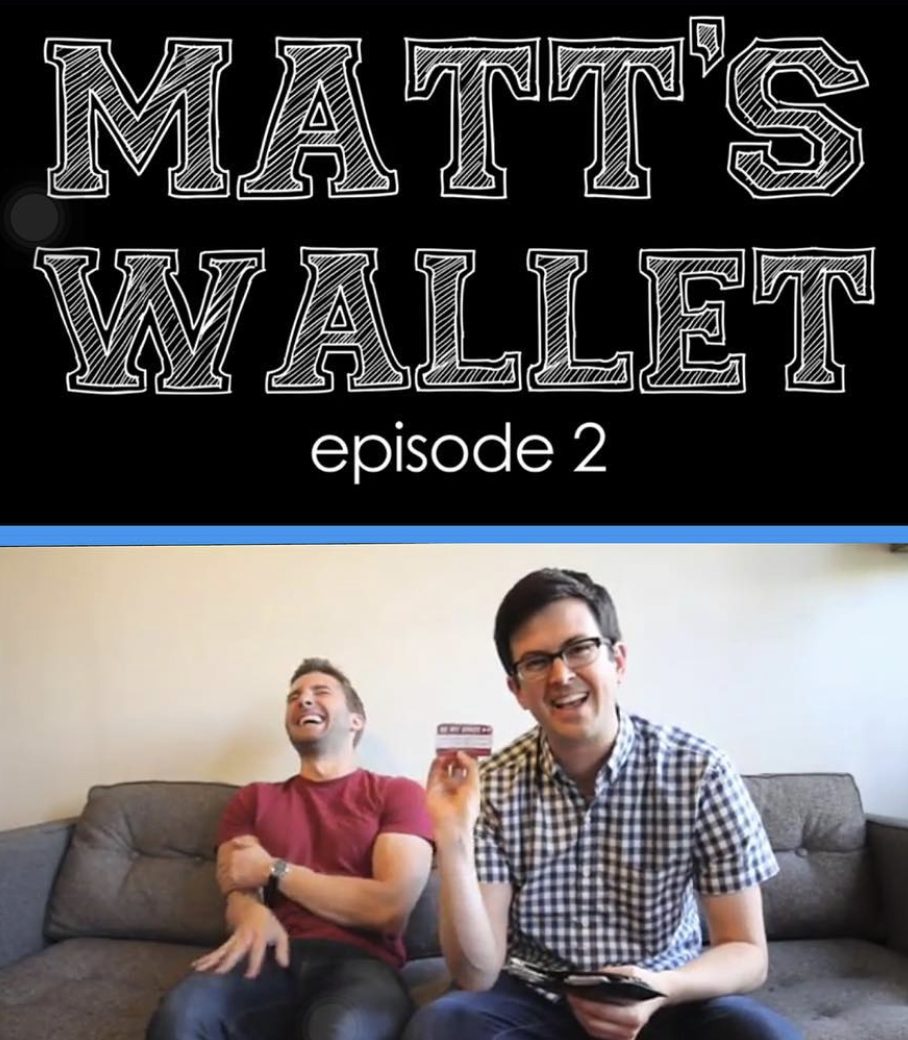 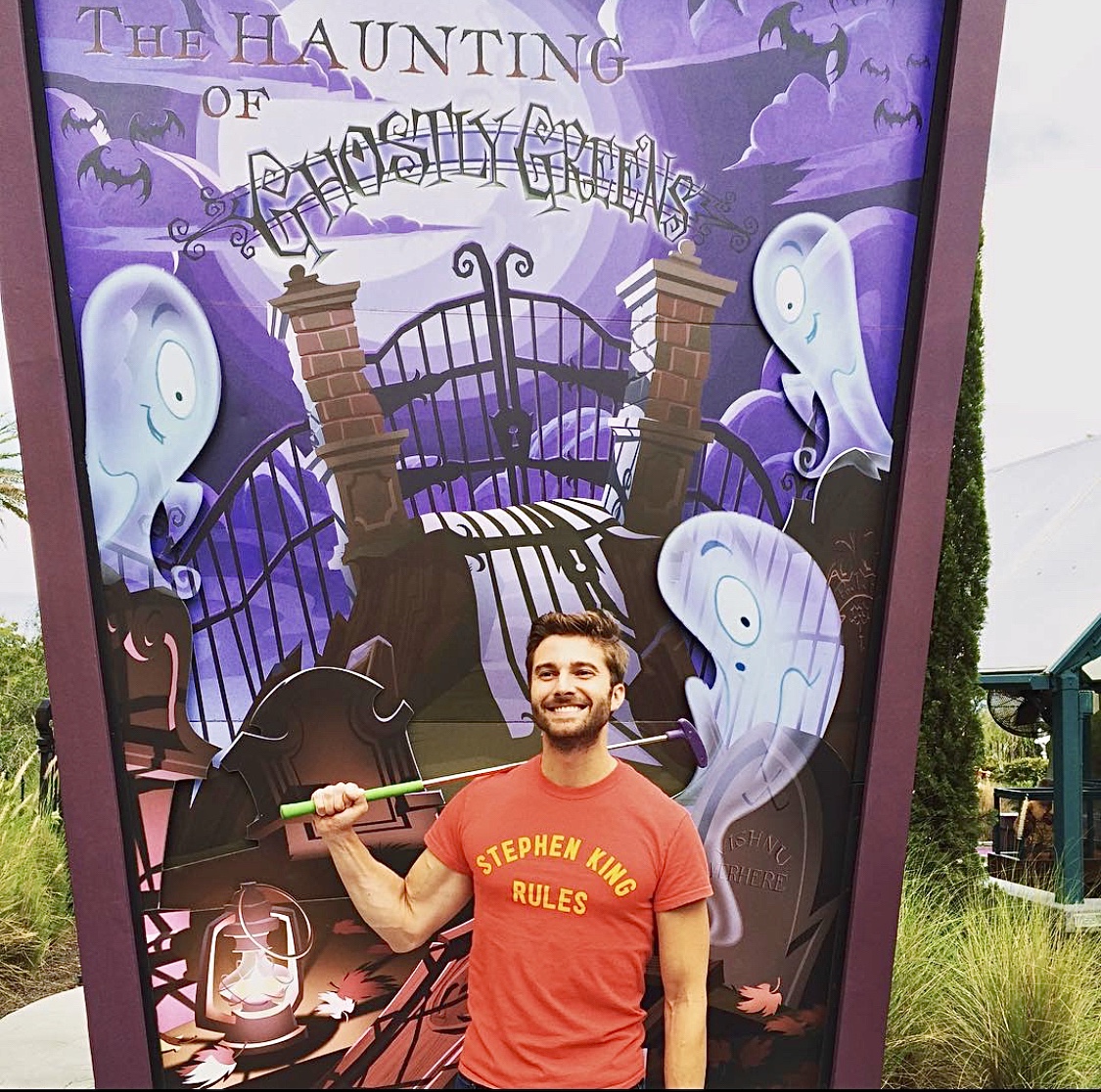 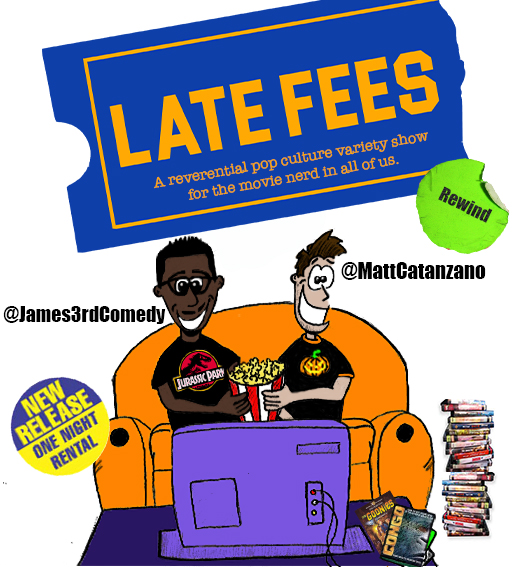 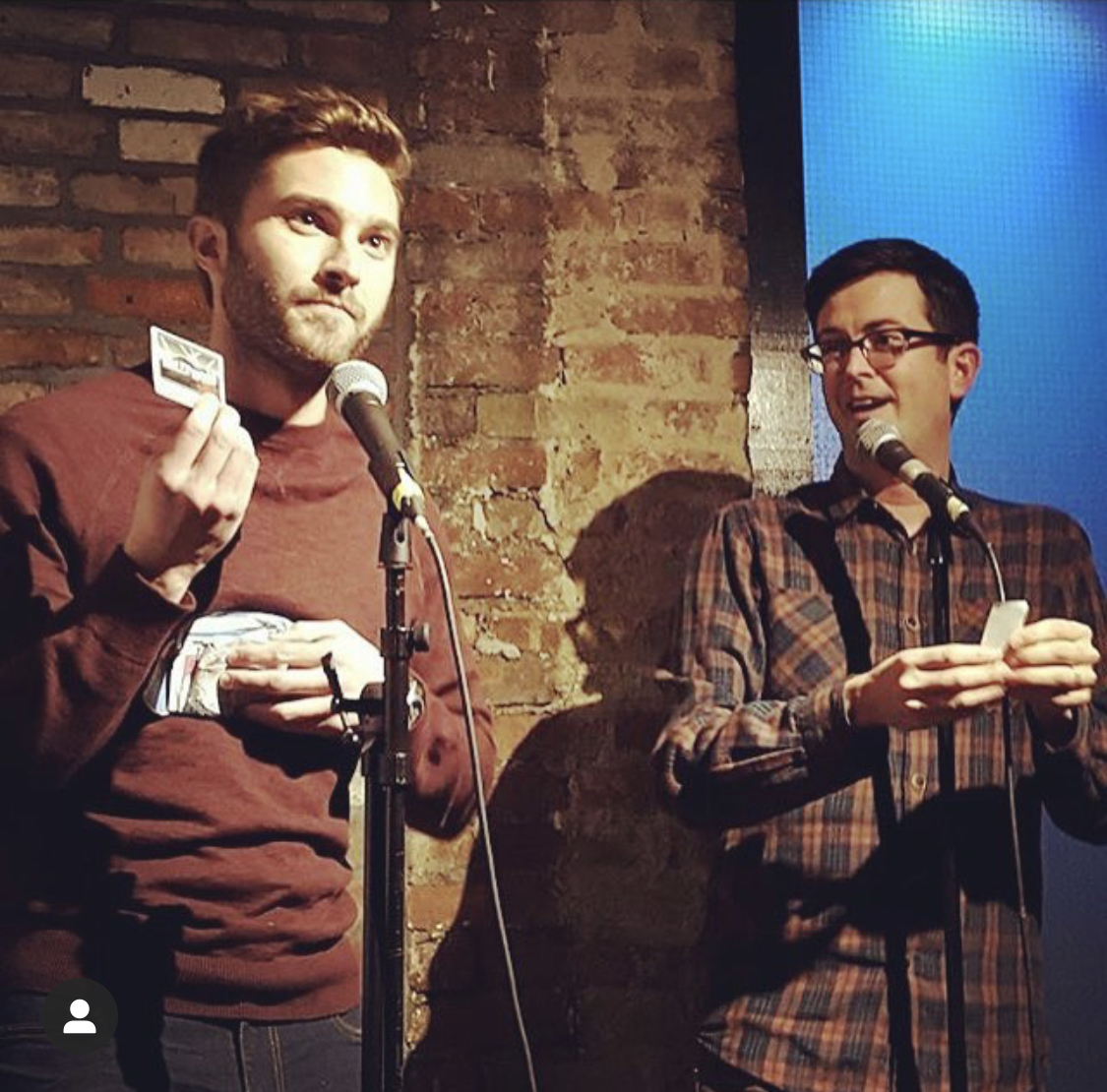 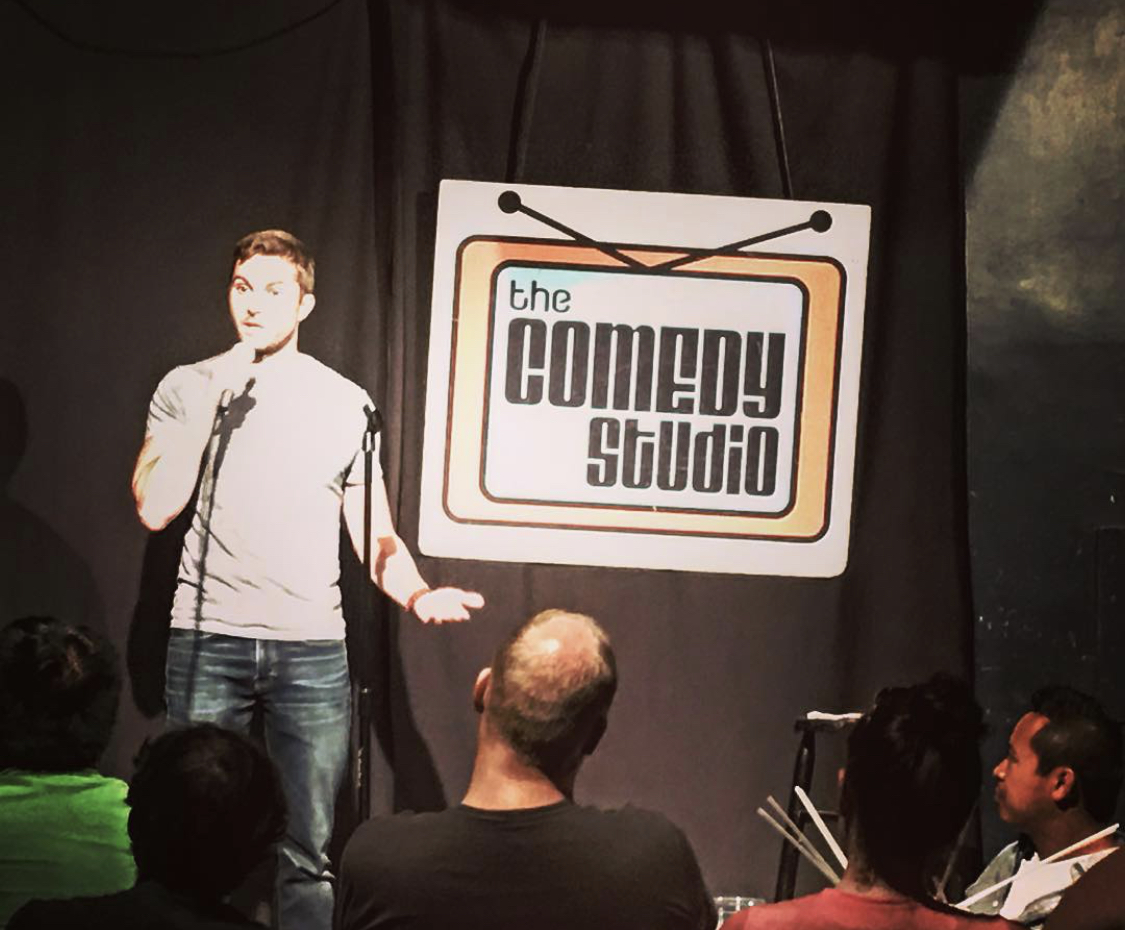 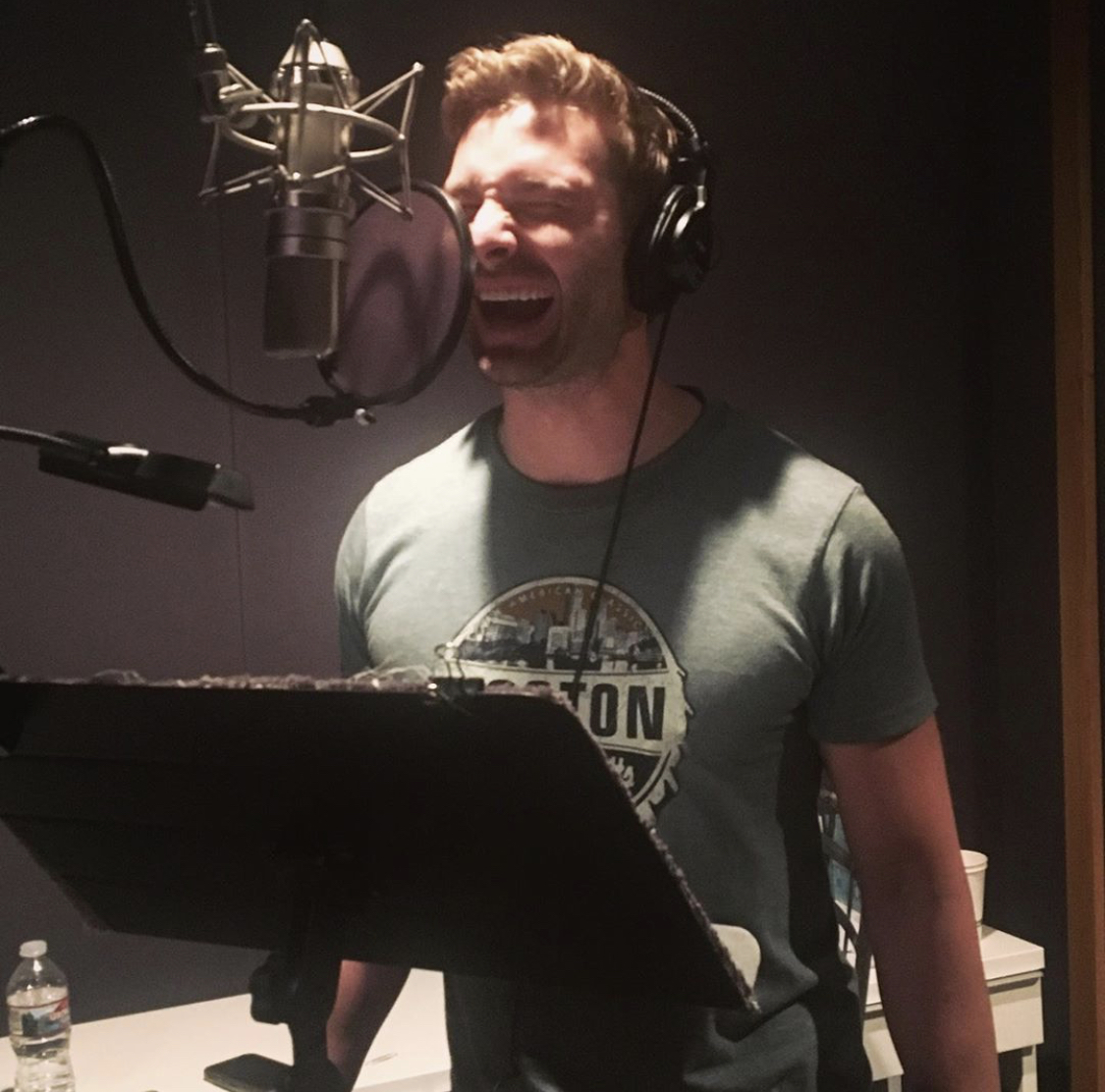 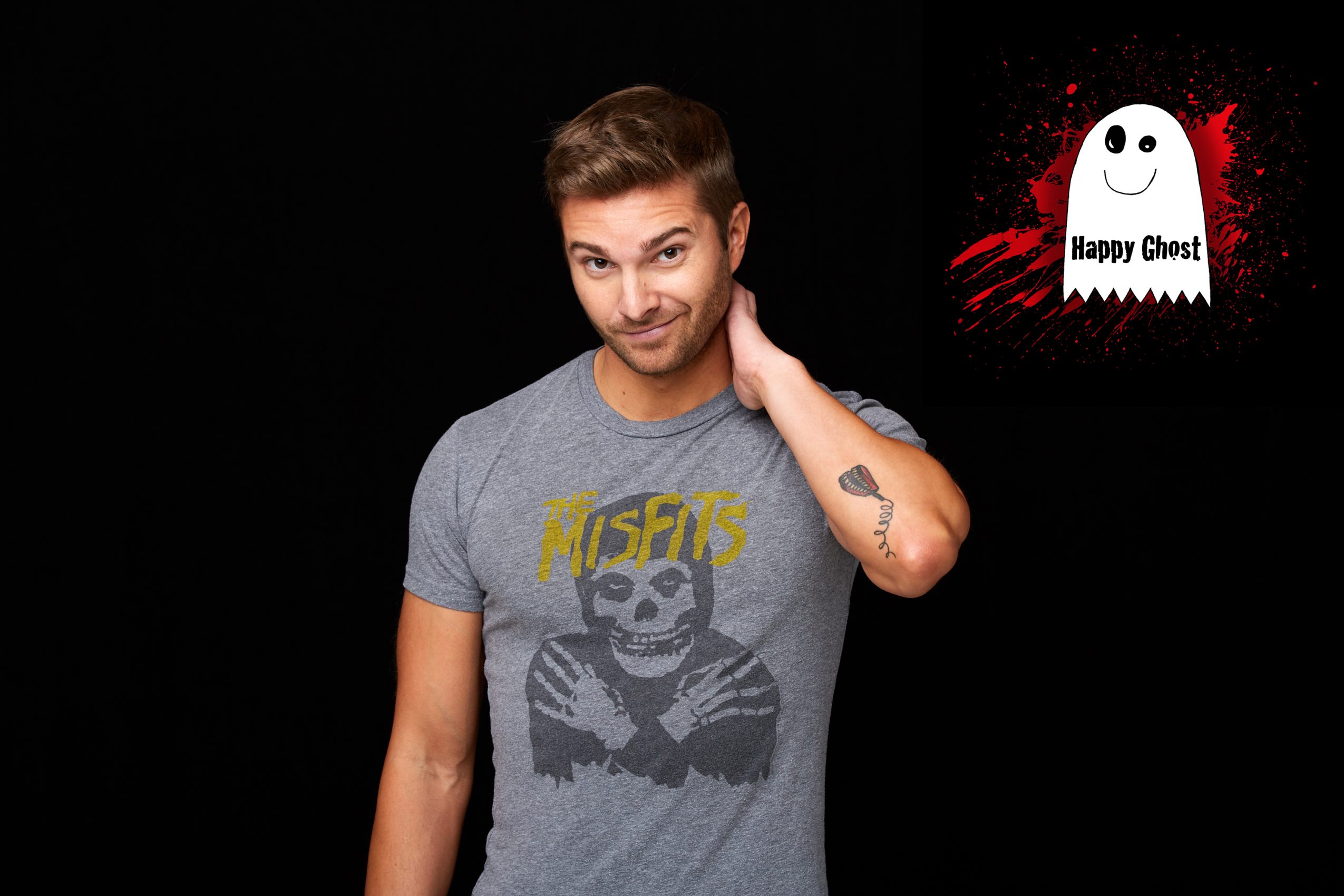