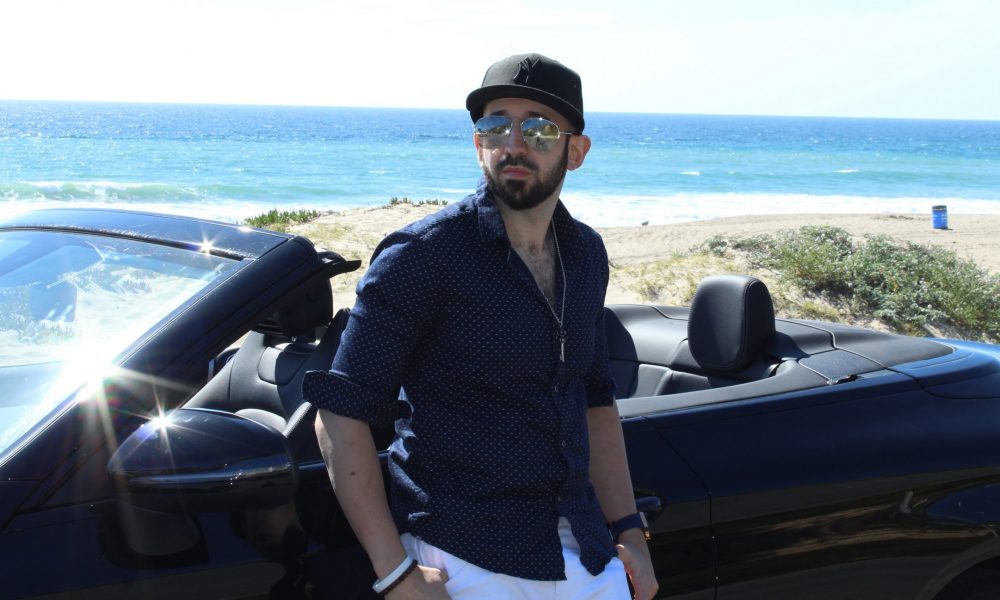 Today we’d like to introduce you to Matt Baamonde.

Matt, before we jump into specific questions, why don’t you give us some details about you and your story.
Originally from New York City, I moved to LA after graduating from Berklee College of Music in Boston with a degree in contemporary music writing and production. As a guitarist and composer, I immediately dove into the Hollywood production and film-making world, working for a variety of studios and productions, most notably writing music for Joe Rogan Questions Everything, Top Chef, Sport Science, the UFC, the X Games and over a hundred other features and films, TV shows and video games.

After working in a production studio with Emmy winning motion graphic artists, I discovered a newfound love for 3D animation and visual effects, and explored new creative endeavors- acquiring the skill sets to write, direct, animate, score and produce my own films and projects.

In 2017 I established my own graphics, (design, motion, video and animation) production agency called Baazar Productions (baazarproductions.com) and began taking on client projects from around the world in an effort to finance my independent passion projects.

As of 2019, I started producing an original sci-fi fantasy franchise and currently in production on a 2-hour 3D animated feature film called “From Ashes” (fromashesfilm.com)

We’re always bombarded by how great it is to pursue your passion, etc – but we’ve spoken with enough people to know that it’s not always easy. Overall, would you say things have been easy for you?
Creative passions are some of the most challenging and character-building paths to pursue as a career or long-term objective. Not only are you faced with the “real life” responsibilities of finances, work, health and relationships but also the technical and talent-based trials of realistically manifesting your visions. Coupled with the very real “business” of creativity that is also hidden in every step of the process, obstacles, internal dialog, and outside stressors can test your willpower to keep pushing to accomplish your goals.

Upon moving to LA I was faced with the harsh realities of how confusing, competitive, illusory, and discouraging the entertainment industry can be. Low paying, no benefits,  industry jobs while carrying extensive student loan debt made me lose sight of what it was that I actually wanted to do with my career in general while trying to put food on the table and pay rent like everyone else.
When a production company I was working at shut down, I was laid off and nearly forced to leave the city, but two close friends of mine (to whom I am forever indebted) took me in to crash on their couch and get my feet back on the ground. After firming up my resolve, vision boarding, and seeking the help of mentors and contacts I was able to bounce back strong and build a new life in the visual effects and animation industry operating my own business and expanding to take on new exciting projects and clients.
These experiences influenced how I wrote the emotional struggles that my characters face in my upcoming film “From Ashes.”

Please tell us about Baazar Productions. What should we know?
At Baazar Productions, my team and I are artists, designers and animators with a focus on being adaptable to our client’s goals, business models and ambitions. We’ve helped numerous Los Angeles locals start small businesses, build their brands, create promotional and engaging marketing material and find their identity in whatever industry in which they are competing.

Because of our backgrounds in so many digital art forms and industries, we deliver expert work in both visual and audio forms, able to deliver broadcast-ready media, be it commercial, digital, film or print material. We don’t like limiting ourselves to any one specific niche industry as we believe storytelling is a part of any endeavor, especially business.

When we’re not developing client work, we’re working on our animated film, “From Ashes.”

Has luck played a meaningful role in your life and business?
Seneca’s quote – “Luck is what happens when preparation meets opportunity,” – is absolutely true. Everyday there are opportunities, but it’s up to you to see them/find them and take advantage of them. I made it a point to do the work ahead of time to prepare for them. There are definitely moments in my career when I’ve thought the timing was absolutely extraordinary and almost preordained, but the reality was that I had put myself in situations to manifest that luck. Taking action is always a precursor to good luck.

While there were many unexpected stumbling blocks in the past, I often find it’s best to re-frame them in my mind as moments of character growth, redirection, life lessons, and new opportunities. 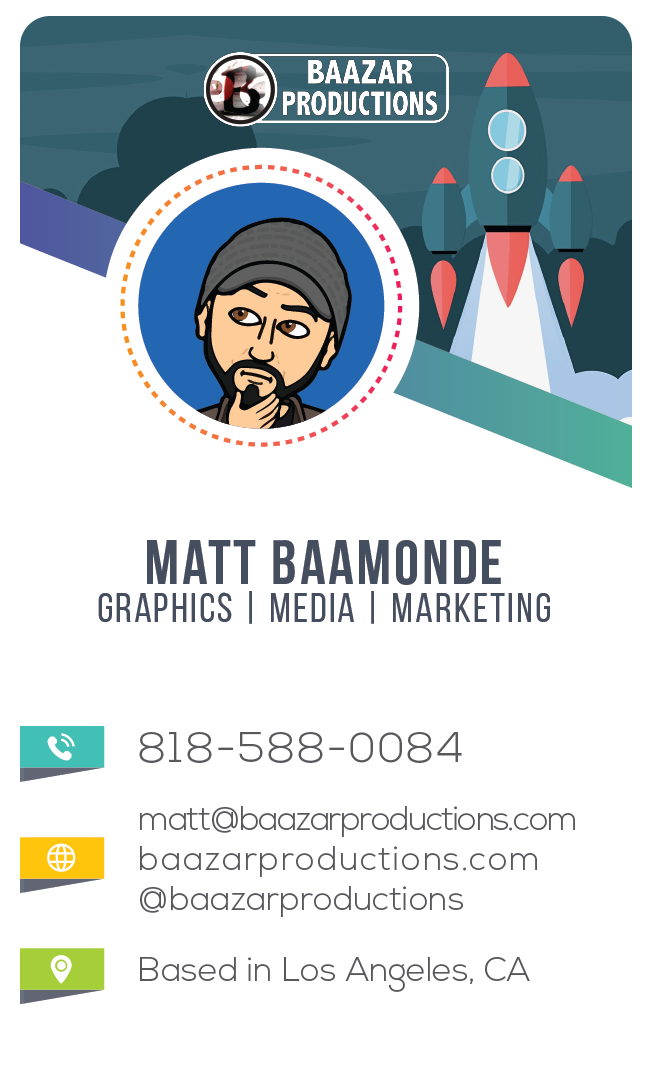 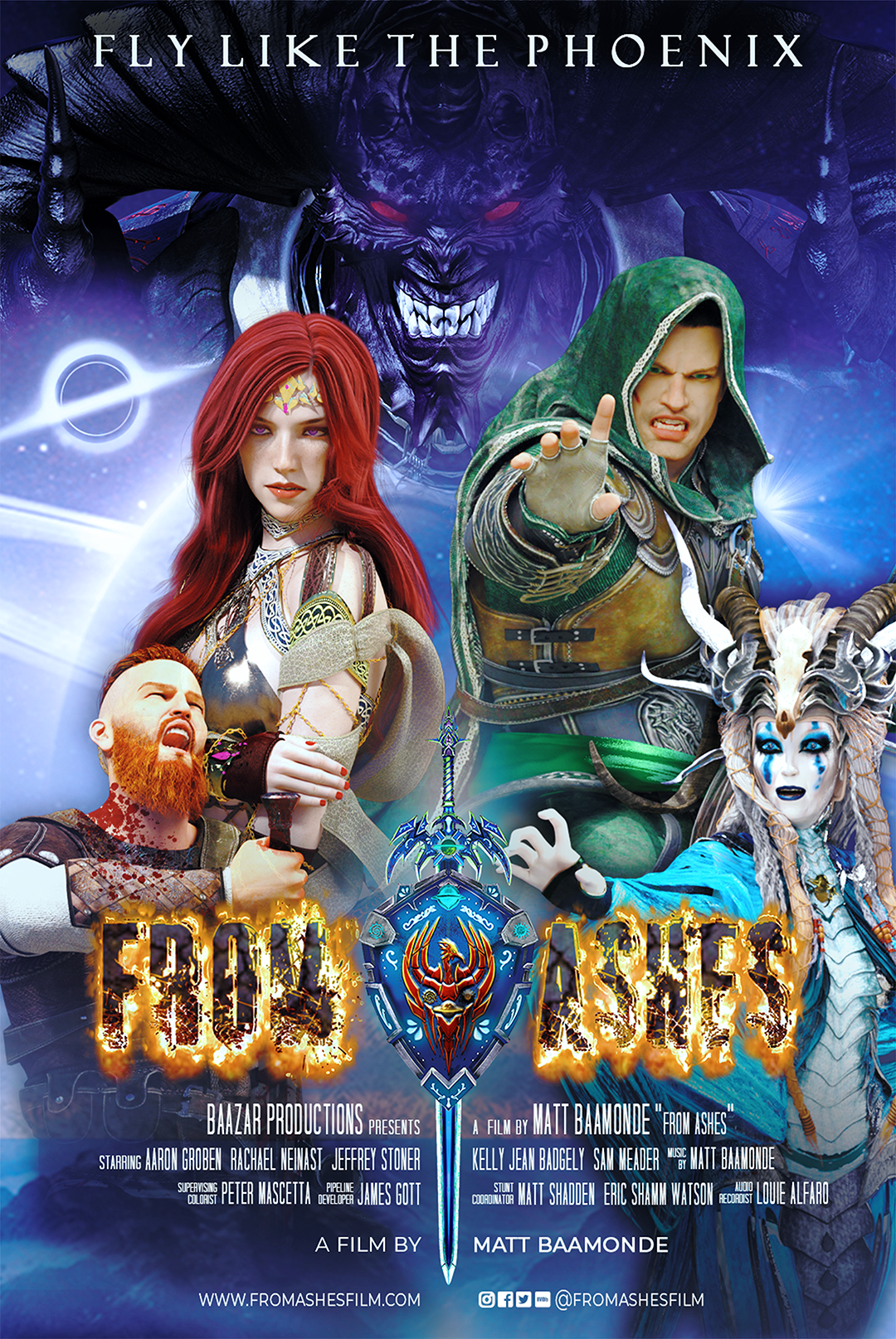 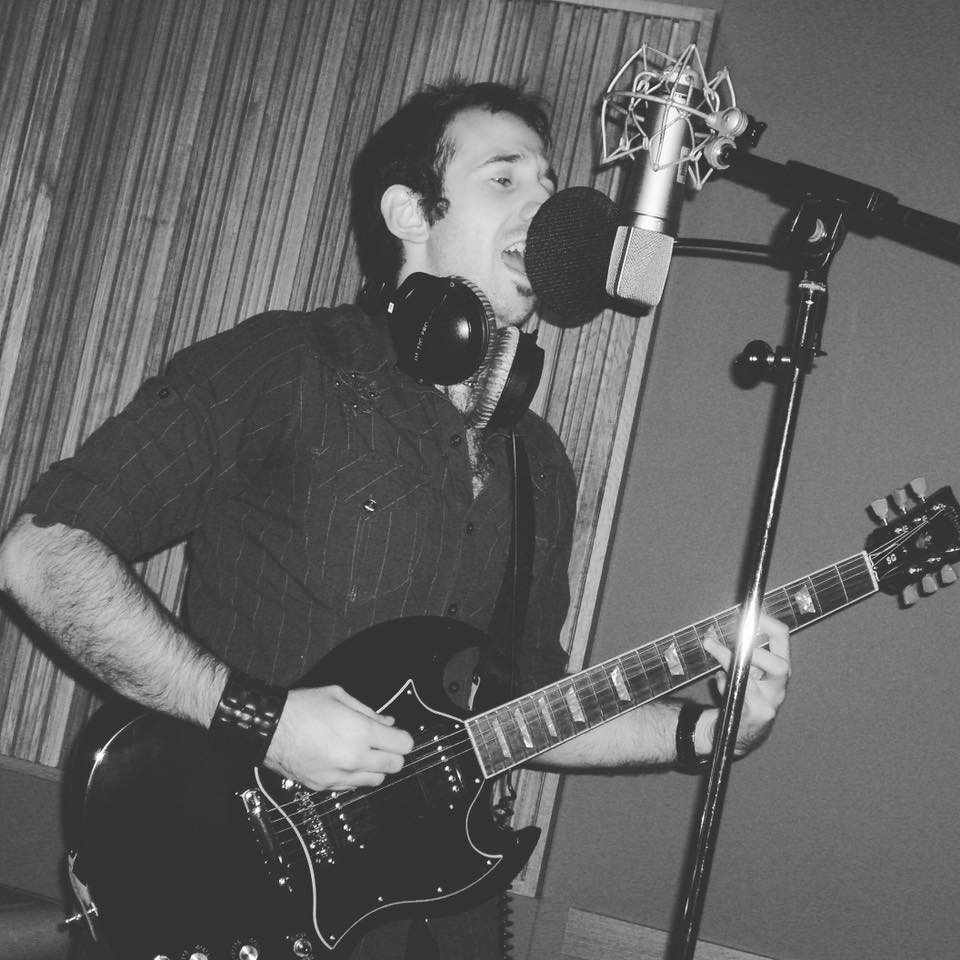 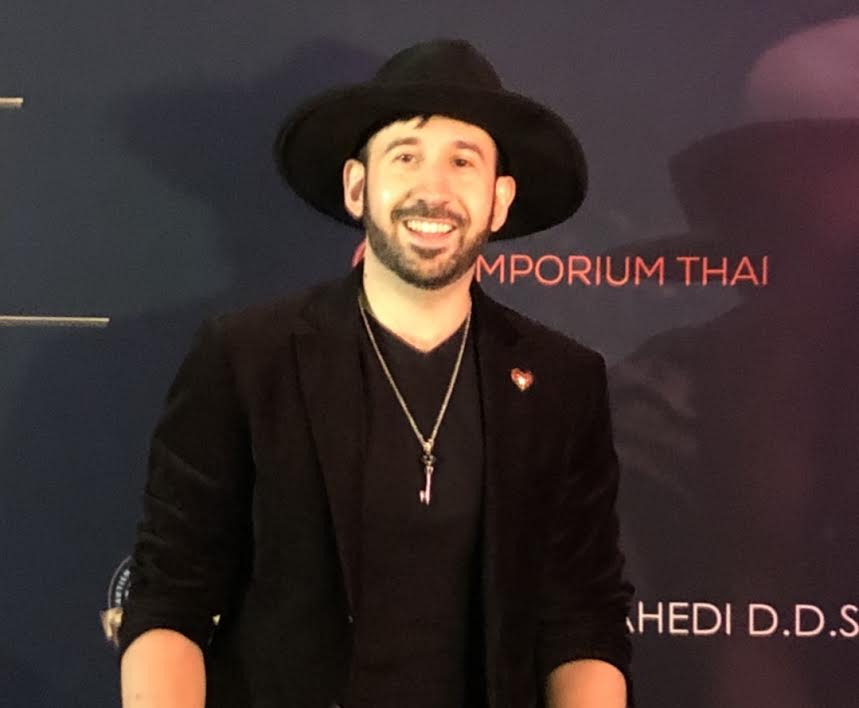 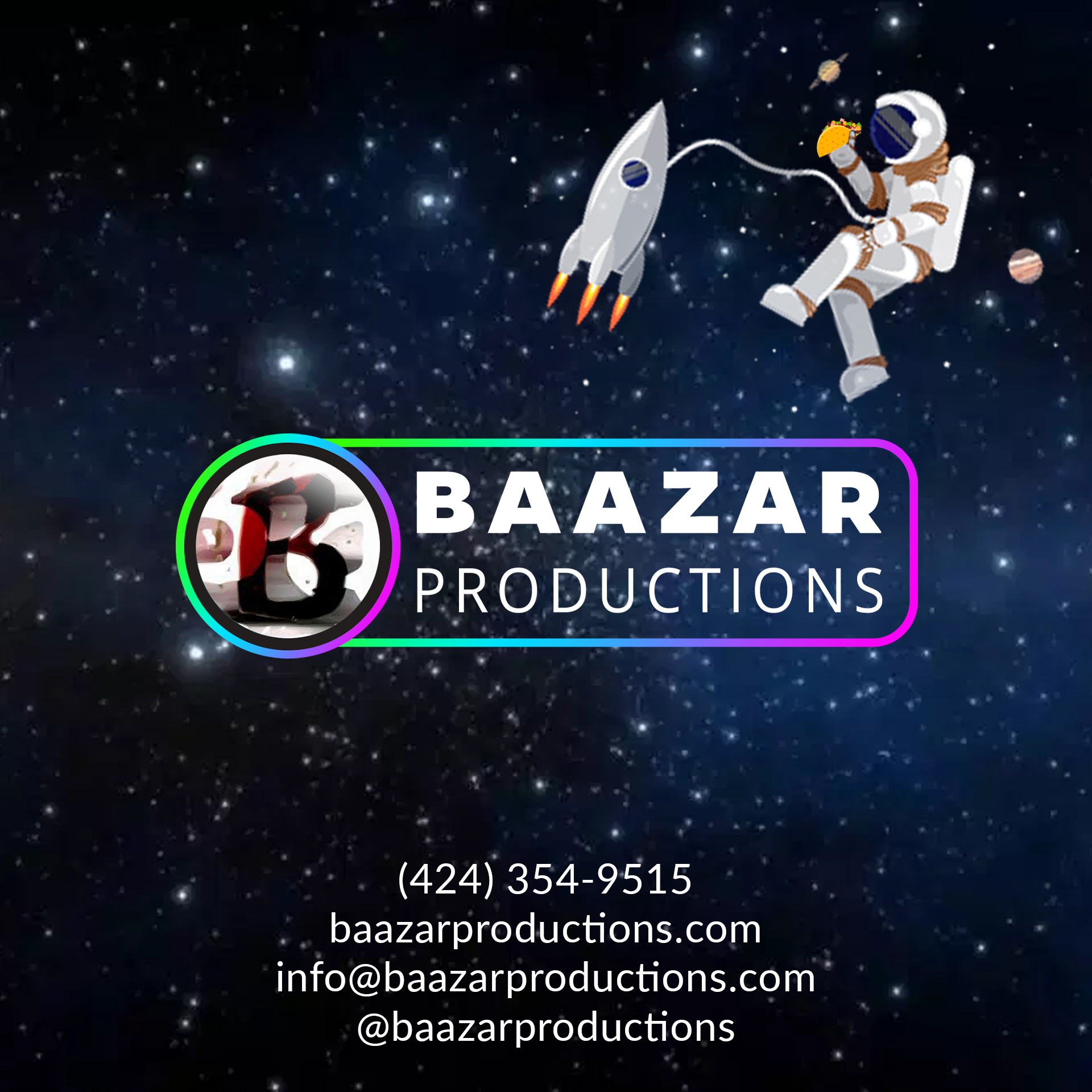