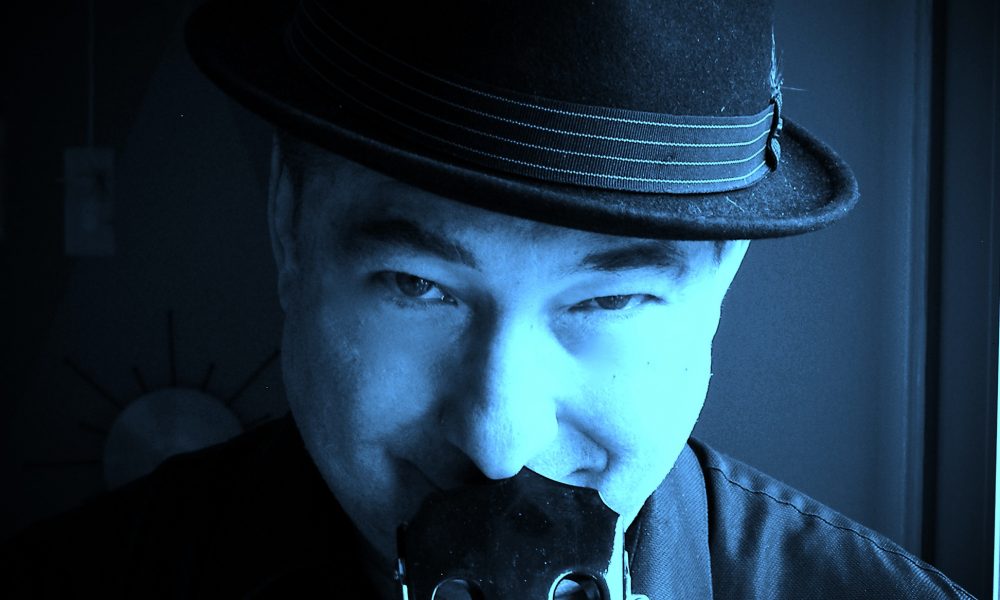 Today we’d like to introduce you to Mat Gurman.

So, before we jump into specific questions about the business, why don’t you give us some details about you and your story.
I became involved in music and guitar as a matter of survival. I was abused by my maternal grandfather from a very early age. When my father discovered it quite accidentally while staying over at my grandparents’ house (where the abuse would occur), he told me it was all a dream and to forget it ever happened. I believed him, being only 4 years old but the abuse continued for another several years with me not really aware of what was going on. I found a way of detaching myself from the present as a way of surviving the abuse. I went from being very verbal and outgoing to very shut down as a child, self mutilating and having frequent recurrent nightmares. I am pretty much of a loner. I was bright but barely got through school because reading and concentrating were very difficult for me because I could not stay focused. The only person who was aware of what happened was my Father and he did not know the abuse was continuing.

At about 8 years old, while watching the Mickey Mouse Club on tv, I became very attracted to the drums. I was always making drums out of whatever I could find. Giant Baskin and Robins containers, dashboards on car rides, toy bongos, anything I could find that made a good sound. I asked my mother for a drum set.

My mother (who knew nothing of the ongoing abuse because my father did not tell her, she convinced me that guitar was a much better instrument for me (she didn’t really convince me, I just knew it was my only option so I thought I would give it a try). My mother started me in group guitar lessons at the local strip mall music store when I was about 9 years old. Because I was not able to pay attention (due to the trauma), I did not do well with the lessons but I loved the guitar and began teaching myself from a Mel Bay chord diagram book. Guitar quickly became my life and music quickly became my way of communicating. I excelled rapidly by learning to play by ear. One day at about 10 years old I had a private lesson from a friend of the family who taught me a blues scale.

This started me on the road to improvising and my musical life took a huge leap forward. From this point, I had a guitar with me everywhere I went and I began to have something positive in my life, something I excelled at.

I had no formal lessons or music education until I graduated high school and started studying music in Northern CA at a small college with a musical director who was an industry titan, Kirby Shaw. At 19 years old, as a member of his band, I got to tour, play and study with industry legends that were his personal friends. I started going a reputation as the hot guitarist everywhere I went. I next attended Cal Arts and studied guitar, composition, Indian and African music and film. I met my wife while at Cal Arts, Kelli Gurman, and we immediately started working together in the LA Club scene as well as frequent referrals from the music school to play faculty and public events since at that time, there was no pop or jazz music program, Kelli and I were already working professionals in those genres so we were frequently recommended by Cal Arts for all sorts of events. Kelli and I stayed in clubs for a while after graduating and then began getting some serious breaks. I was one of the winners of an international guitarist competition sponsored by D’Addario, Marshall, and PRS. Soon after I was featured in a Guitar Player Magazine article as an up and coming player. I got a gig touring with David Cassidy (eventually becoming musical director for the tour opening for The Beach Boys). I began becoming popular as a session player doing tons of television sit-com, films and assorted artists. Around 1995 I began getting calls from the Jay Leno (Tonight) Show backing up artists in every conceivable style. That continued until the show left Los Angeles. I had also been doing a lot of solo nylon string jazz gigs which led to doing a show twice a week for KJAZ and Hornblower entertainment in Marina Del Rey. I still freelance sessions and all sorts of gigs. as well as having a line of instructional products available online. The “50 Licks Blues Style” DVD has become very popular… I have a smooth jazz cd “Journey to the Center of the Groove. My new project, “Cape Cali, Featuring Mat Gurman” is available as downloadable singles on iTunes and CDbaby.

That music represents a full circle since I started on Nylon String guitar as a child searching for a way to express myself. I have now returned to that instrument full time and love playing it again.

I have reclaimed a lot of my life through devotion to doing personal growth and therapy, having a support system that I can trust. Having God in my life, music and love. It’s funny how the paths we choose for our own survival can offer such richness, healing, growth, and beauty to share.

So let’s switch gears a bit and go into the Mat Gurman story. Tell us more about the business.
I am into doing solo and small ensemble gigs and concerts featuring Nylon string guitar doing instrumental versions from Jazz, R&B and pop/rock classics done with a Latin and Jazzy groove- that is what my Cape Cali project is about.

I am often told that my greatest asset as a musician is the emotion I put into each note. I put myself into it 100%. I also am an improviser first and foremost.

It’s almost like composing in real time. It’s inventing instantaneously, being in a creative flow, stream of consciousness. That’s my favorite place to be because that is where the source of the creativity comes from!

Has luck played a meaningful role in your life and business?
Luck is a very two-edged sword. I have had some huge disappointments I never saw coming, life changing opportunities that never materialized, as well as wonderful breaks that fell into my lap. More than luck, in the arts the main objective is to love what you are doing. That is the carrot to have before your cart. There are ups and downs. A resume can look amazing but there are many setbacks between the triumphs. If you are on a path of growth and heart, you will have a fulfilling life. If you expect only triumphs, you will likely obsess on the defeats and miss what is in between life.