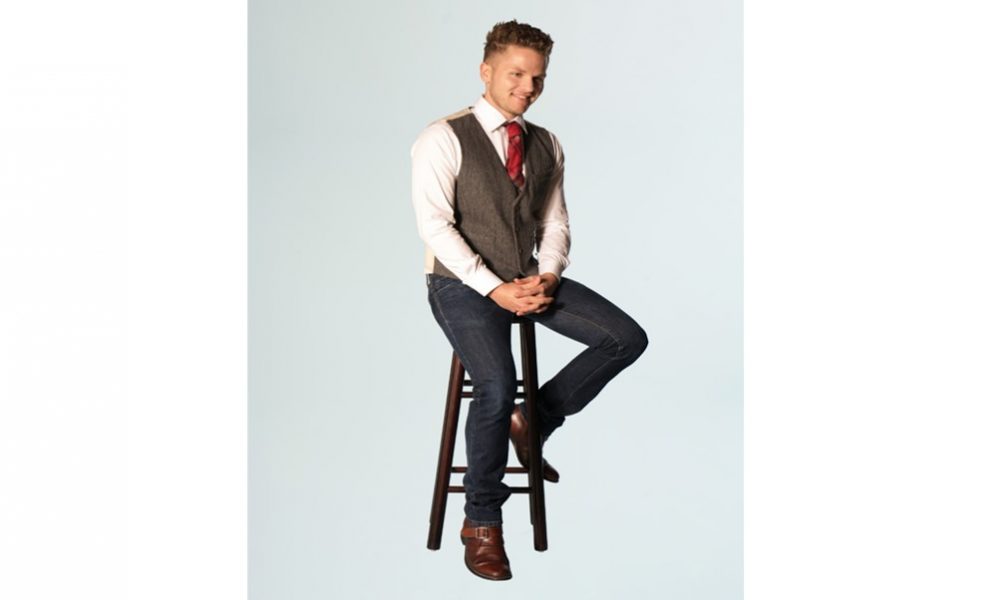 Today we’d like to introduce you to Mason Glenn and Katie Chen.

Mason and Katie, let’s start with your story. We’d love to hear how you got started and how the journey has been so far.
In 2013, Catch Matchmaking owners who represented many eligible singles in the LA heterosexual market since 2009, wanted to have a division dedicated to the gay single male demographic since that was an underserved niche. At the time, many gay matchmakers specialized in the sugar daddy, sugar baby market or were located in a centralized location out of state or outside of LA metro, operating remotely so they lacked the understanding about things unique to a gay single guy-next-door Angeleno. Many agencies were too broad in their reach and treated gay singles in a more generalized way. Katie and May saw a lot of potential to specifically help gay singles who live in a sprawl city like LA and get down to the nitty gritty stories of each gay applicant. Everyone has a story! As Glenn notes, “I thought it would be a great way for me to join their team as a gay matchmaker and be a part of something innovative and to create a personal brand for myself along the way. I started to become heavily involved in the company spearheading their community outreach, marketing, and branding. From that, I got the opportunity to write a book about how gay men can inspire themselves to become better gay men for their community and for a potential partner.”

Overall, has it been relatively smooth? If not, what were some of the struggles along the way?
The road has had its ups and downs. In the gay community, there are copious amounts of free options to meet other gay men, so free and easy is our main competition. However, even though free, there isn’t much success in those avenues when someone is hoping to be noticed in a sea of singles and wants a meaningful connection. In the beginning, it was hard for people to not see us as an escort service, just because that was what the market had always been in anything regarding two gay men meeting. People were skeptical that good looking, career-minded, gay singles with a social circle would choose to be in a matchmaker’s network. The first 2 years of passing out flyers, going to networking events, and deleting voicemails asking for a fantasy lover was very tough. However, we’ve been able to create a brand that is professional, creates a culture of genuine conversation and connection, and very down to earth and fun, like a chat with a friend or sassy friend who tells you what you need to hear, rather than one that only is surface and temporary. We could not be more excited by what the brand continues to mean to us and to our community of followers. We are thankful that the right people are finding us and giving us a chance to show them the great community of gay single guys right in our backyard!

Gay Matchmaking Club – what should we know? What do you guys do best? What sets you apart from the competition?
We are a matchmaking company representing gay men in Los Angeles. We offer gay singles events and one-on-one organic style matchmaking. We meet everyone to get a real sense of their style, mannerisms, and unique values before we make an introduction and put our personal stamp of approval on the match- almost like we’re your friends. We find this gives us targeted results. We also do the leg work once both guys want to meet each other, to coordinate a good time and place and exchange contact info. We even make reservations, when it makes sense like at a busy hot spot or bustling weekend brunch spot. What’s great about what we do is seeing the change in someone through human interaction and date feedback. Often, men don’t realize why they are single until we present feedback to them that they normally wouldn’t get dating on their own. Of course, we’ve placed many gay men in relationships, but what is great is that the change that occurs in them through the conversation we facilitate. We change their mindset for forever. We are one of the only gay matchmaking service in the country that caters so specifically to LA gay men and believes that each geographic community has their unique qualities and requires hand-crafted matches. We are proud of introducing a nostalgic sense of dating into a diverse, fast-paced, sprawled-out LA gay community.

What is “success” or “successful” for you?
In a measurable sense, success is defined by a client letting us know that they want to take a pause from seeing more potentials matches because they have met someone they want to get to know better and of course if they get into a relationship, move in with someone, or get married. For us, it’s still just as exciting to hear from the guys we set up that they had a great first date and want to go out with each other again because it reinforces that we can make a good connection between two busy, often skeptical and picky single gay guys. The small victories add up to the big ones, one successful date at a time. Personally, we find that success means a balance between being profitable and being personable, always keeping a human touch which could mean being super honest or keeping it humorous depending on what the job calls for that day. This human touch could not be replaced by a computer algorithm, so it’s success when our clients tell us they really learned something about themselves and will work on that as date in LA, sometimes a client learns to be more open-minded, sometimes they learn they are worth more and it’s ok to be more picky because we introduced them to good men and that this city has its hidden gems despite breaking many hearts. The next successful date could be just around the corner and giving good single guys that hope is what defines our success.