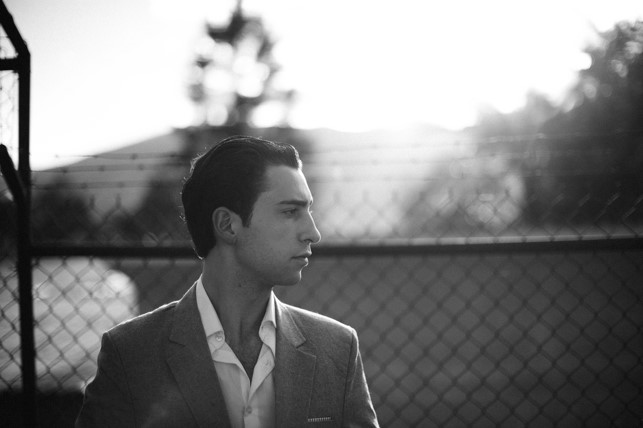 Today we’d like to introduce you to Masato Di Santo.

Thanks for sharing your story with us Masato. So, let’s start at the beginning and we can move on from there.
I started acting at the age of 15. I always had a passion for movies and TV shows, and I had the opportunity to be part of several plays staged by the school I went to. At those early experiences on stage, I fell in love with the feeling of performing a role, and I was lucky enough to have the support of my family to do so.

After graduating high school, I started studying directing and acting for film at an Institute in Quito, Ecuador called INCINE, which was founded by Camilo Luzuriaga, a known director in the Ecuadorian filmmaking industry. Here I had the chance of finally understanding with hands-on experience what was like to be part of film production, and what it really takes to make a film.

I started having a couple of experiences as an actor in short films, and this growing passion for film motivated me to look for an opportunity to study abroad. I applied to study acting for Film at New York Film Academy, located in Los Angeles, and in 2014 I came to the US for the first time in my life.

Back then, I would have never thought that 4 years later I would already have great stories to tell from working in the industry after a year from graduating college.

Nowadays I’m grateful to know that I’m in the midst of it, with great projects that I’ve been a part of, and great projects are coming up ahead. Auditioning for roles that challenge me as an actor, and learning about myself and the purpose that I could serve as an actor here in Los Angeles.

Great, so let’s dig a little deeper into the story – has it been an easy path overall and if not, what were the challenges you’ve had to overcome?
Being away from my family and my closest friends has been a struggle since I first moved here, and considering the city is many times bigger and larger than where I grew up it was also challenging to get used to the rhythm of life, the distances of everything and how foreign you can feel before you get used to living in LA.

However, all these struggles have only made me stronger along the way, and being alone in such a big city also challenged me to strive for opportunities and cherish them accordingly. I know that it took great sacrifice from my family to let me come to a different country to pursue my dream career, and I’m grateful that I get to show them what my goals are and how far will I go to achieve them.

We’d love to hear more about what you do.
I’m an actor, but my first credential will always be as a musician. I grew up playing the guitar, singing and writing songs since I was 12 years old, and I feel that the skills I honed as a songwriter were the stepping stone for me to become an actor. My first experiences doing a performance of any kind were singing and playing in front of an audience, and this slowly built my confidence and love for expressing art in front of a crowd.

Without my music background, I would have never had the courage of performing on stage or pursuing an acting career abroad. I believe this is one of the qualities that make me stand out. I try to think of acting as a melody sometimes, and there’s definitely a rhythm to every story, a certain tone that makes everything happen with a specific purpose. Sometimes I try to imagine a tune for the roles I work on, and it strengthens my connection to the character’s circumstances and objectives.

Interestingly, I worked with a filmmaker that treated his films in a similar fashion; he focused on using the score to guide and tell the story following the mood changes of the songs to enhance the film experience. I was fortunate enough to be the lead for his film “The Waltz of the Monsters,” which got screened in more than 12 festivals and got 12 nominations and won 5 awards, including Best Director, Best Comedy/Dramedy, Best Short Film and Best Actress.

The film used music from Yann Tiersen to tell the story of a young avid reader in a conservative town leaving for an adventure with his best friend, in hopes he would find the monsters he had read about in his books. Acting is also very liberating for me, and when you fully let yourself get lost in the character, you can find interesting outcomes that make the performance feel like a dance between the fellow actors and the story you are bringing alive.

This only happens in counted occasions, but because I thrive to make that happen in every performance I have, no matter how small, I also believe that makes me stand out. I believe this determination alone is one of the most important factors for any actor that is trying to make a career anywhere, especially in LA.

What moment in your career do you look back most fondly on?
My proudest has definitely been a few months back in a short film I worked on where I played a kidnapped kid from a rich family. The story developed interesting interactions between him and his kidnapper, who was really just in charge of keeping an eye on him until the deal was made, and the role was very challenging for me because it was my first time doing a role with that amount of panic and desperation as a permanent emotional state.

It was a 3-day shoot and I enjoyed it to the fullest, but because I wanted to do the best I could of my performance, I tried to hold myself in a certain state of mind to keep my performance truthful. However, the crew and the director, Noelle Soulier, were very reassuring, and the comments I would hear from people appreciating the scene and how everything was looking made it one of the most motivating experiences to continue working towards my career fervently.

There are certain factors in film that can be very challenging for an actor, and a big difference with working on stage is that you have the repetition element of doing a scene over and over from all the required angles, and this requires the actor to know in which takes should you reserve some energy and which ones should be the ones that will make your performance outstanding.

On stage, you have to be on point and fully engaged during the entire play, but in a film you can’t treat every take that way, especially in the ones where you might be getting a technical shot where your performance will be shown partially, or through other elements. Knowing how to handle these aspects only comes through experience, and it’s different for every project, so you can only try your best and learn what you can from it for future experiences.

In this project, that was another aspect that I struggled with for certain shots, but in the end, everything planned was accomplished, and the director was happy with the results, which is all that truly mattered to me.

If you had to start over, what would you have done differently?
The main thing I feel I could have done better since the beginning is networking more.

Going to festivals, meeting new people, getting comfortable talking to strangers on a set. Building this confidence and positive mood on set as a work ethic.

It might seem like a no-brainer, but effectively communicating yourself on a set and learning how to approach possible connections for future projects requires patience and, in my personal opinion, a learning process to be of service to others before showing interest for personal objectives and projects.

Everybody that has worked on a set had met that unpleasant person that seems only interested about who are you working with, when, how did you meet them and if you can get them an interview, or even better, a role. I don’t believe there’s anything wrong in truly connecting with new working actors or crew members, and then, if there’s an upcoming opportunity, agreeing to work together on a project, or offering from either side a referral to their agent, etc. But that is not the point of making connections, nor to take advantage of what anyone might have to offer.

The point has to be building friendships, working relations with people that might share your same interests in style or genre of films. Offering help in a non-paid project for an upcoming filmmaker that might be casting you as a lead for their future independent film, and doing it without expecting that to happen, or thinking that is the only reason you would. Doing it because you are aware of how hard the work is in this industry, and those connections can save someone’s project on a day of need.

Those connections can also become your best friends, and they can also become long-lasting relationships where both can see each other’s growth through the years and appreciate a fellow artist’s career, follow it up close. You never really know who will be who in the industry of tomorrow, or who you will be working in the near future, so the more you develop this open personality that always brings a good mood on set, or shows professionalism in any type of project you’re on, the better chances you have of “getting your break”.

I didn’t realize how important this was in the beginning. I feel that most people start in this industry thinking that if they do a good job, and if they are talented and professional, things will eventually come their way. At least that’s how I thought in the beginning. I was always friendly and flexible to work with, but I didn’t really take the time to make the extra step and make friends or connections.

Then I started seeing other professional, talented actors that not only did a good job, but also talked to everyone on set, and I saw those fellow actors get opportunities through the most unexpected ways. They were friendly and often tried to bring the best mood possible in any given circumstance, and as soon as I started opening myself more to do the same, I suddenly had a lot more opportunities than I ever had on my own.

It took me some time, but if I had given it more importance since the beginning, I believe I would have had an easier start. 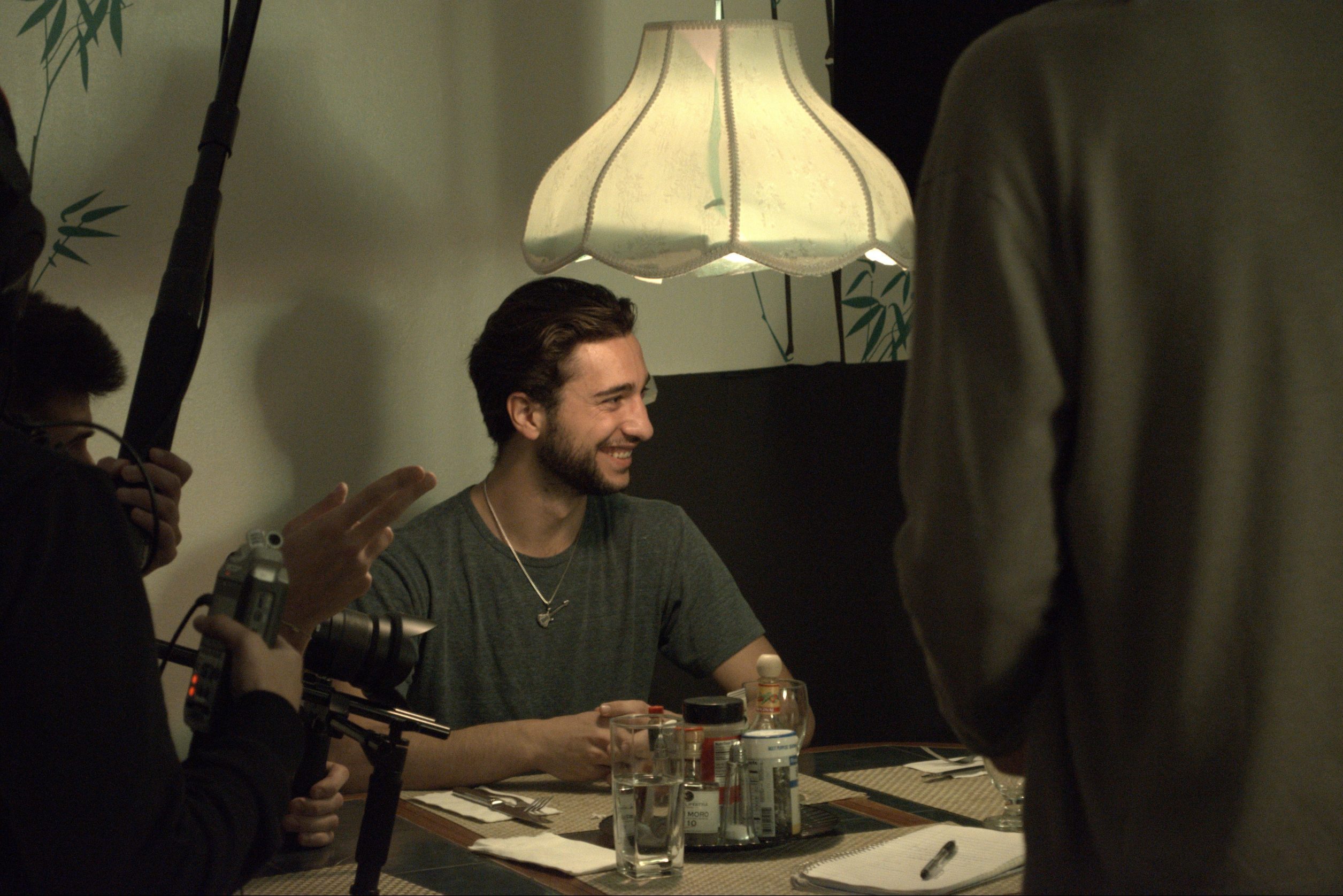 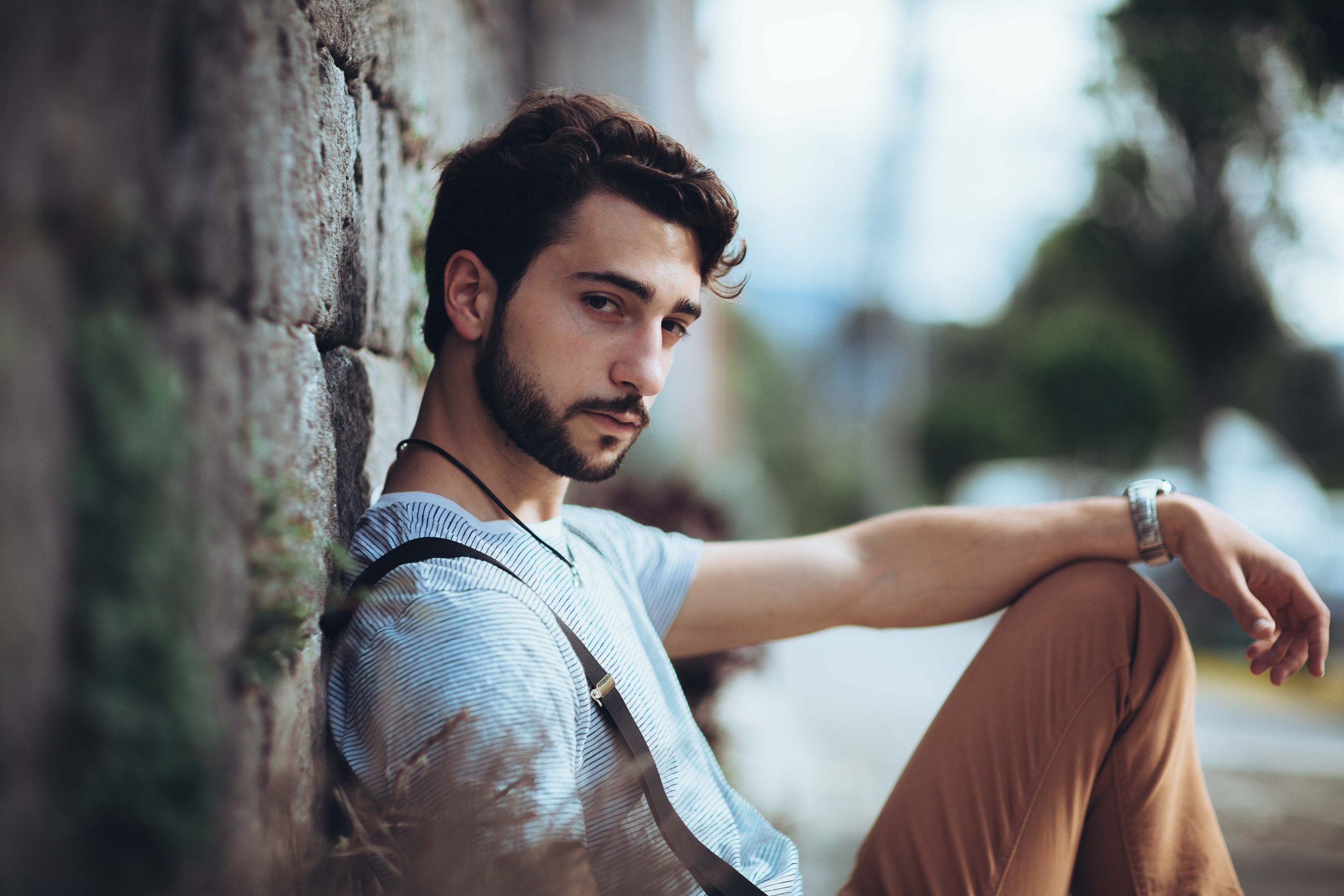 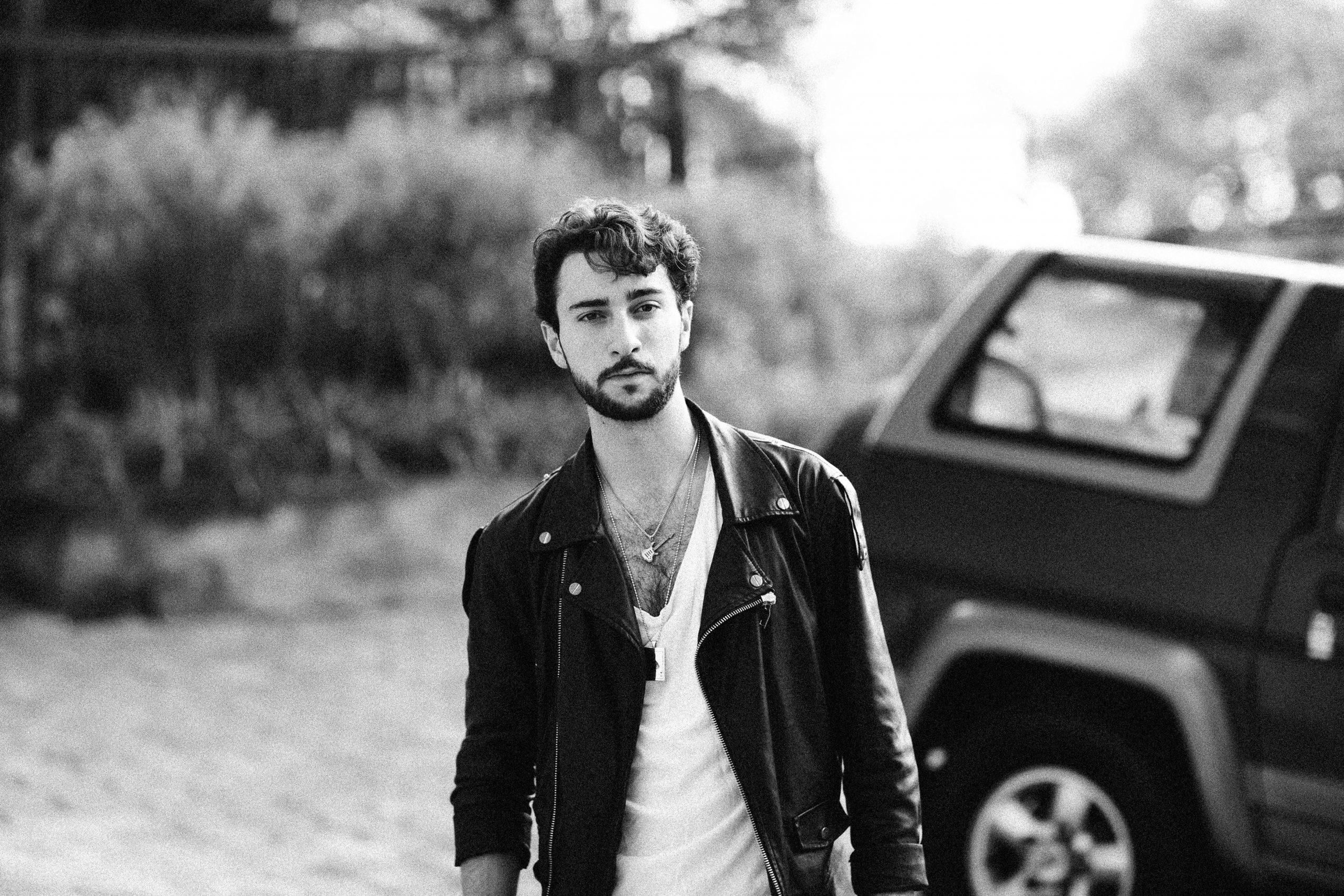 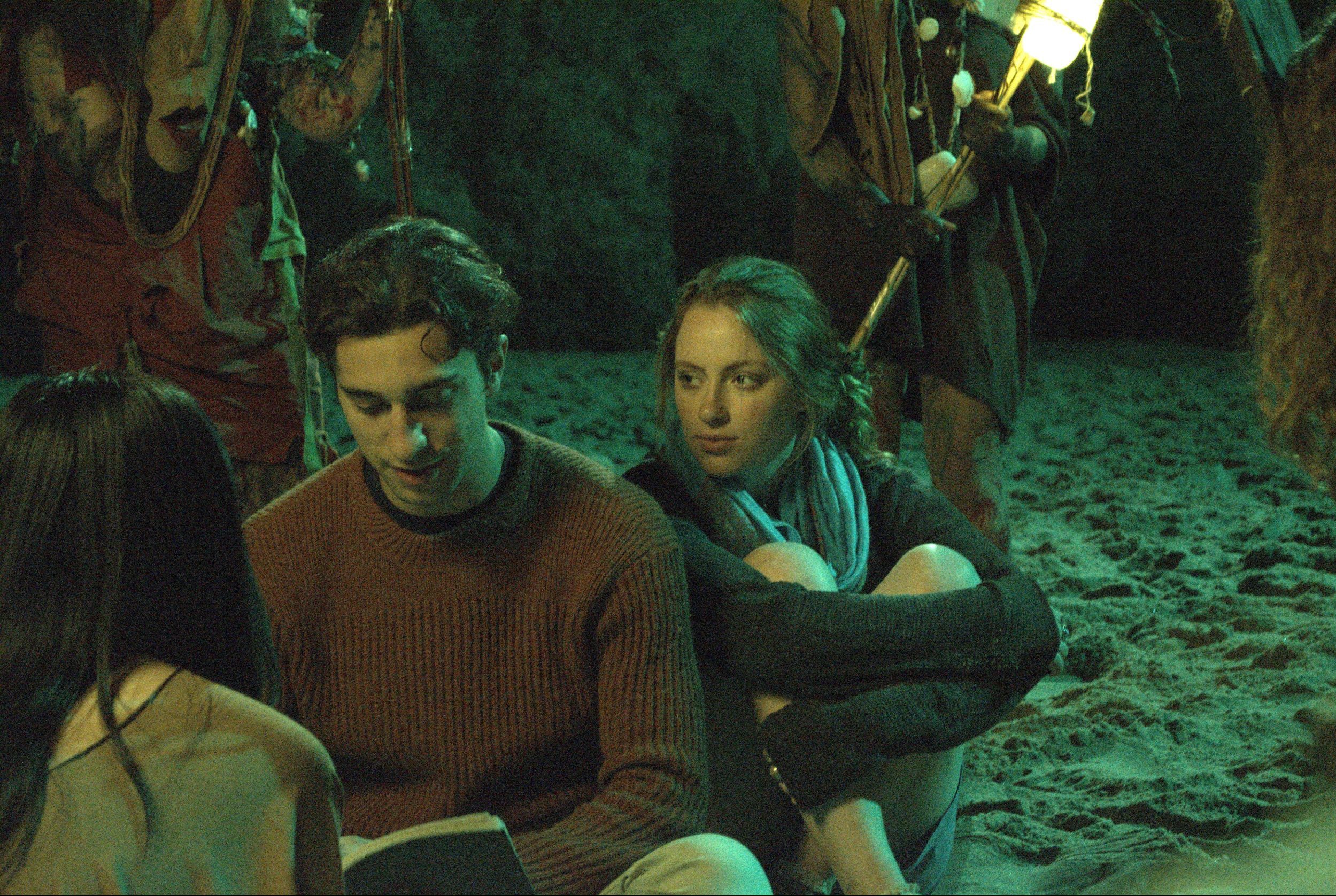 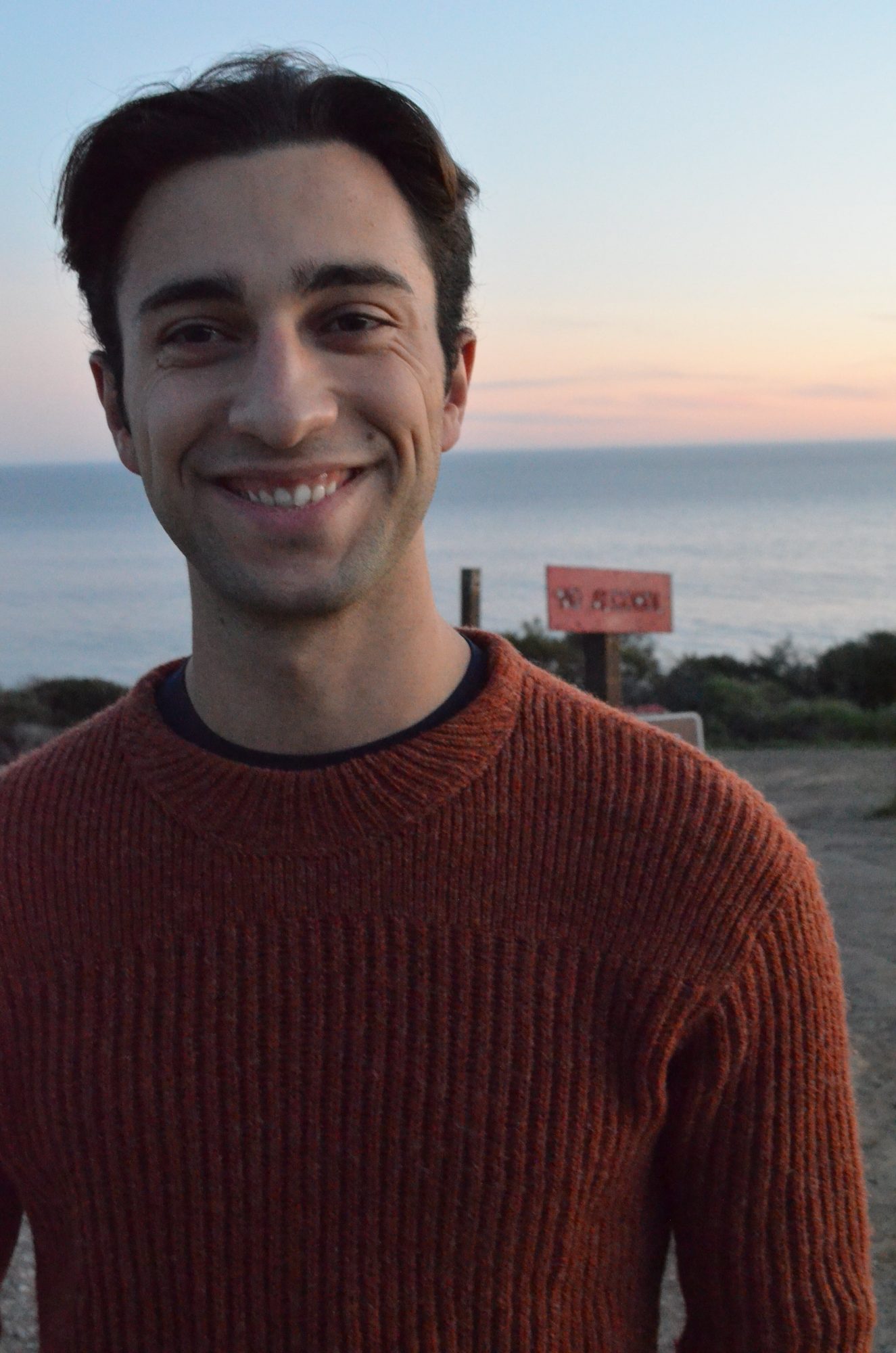