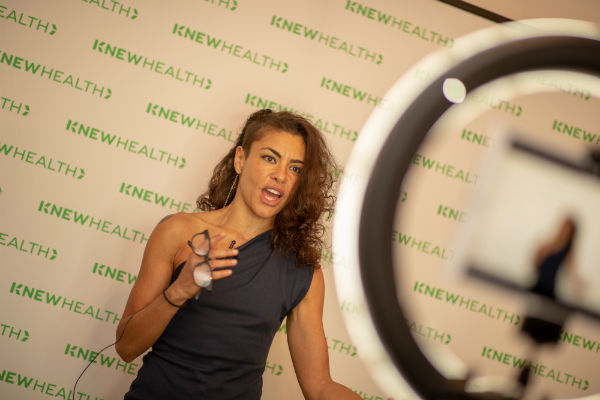 Today we’d like to introduce you to Maryam Henein.

Maryam, can you briefly walk us through your story – how you started and how you got to where you are today.
The trajectory that led me to here starts 15 years ago in a crosswalk. That turning point led me to become the director of the film Vanishing of the Bees, narrated by Ellen Page, and later the founder of HoneyColony, an online health and wellness magazine aimed at empowering folks. I was in front of the now-defunct Bodhi Tree metaphysical bookstore on Melrose Avenue when an SUV hit me at 30 miles an hour while I was navigating a crosswalk.

I was 29 at the time and enjoying a career as a budding Los Angeles TV producer and hustling freelance journalist. The impact forced me onto the hood of the car before I rolled back off its side and onto the pavement. By the time the driver stopped, he’d dragged me 49 feet into the adjacent crosswalk, leaving a trail of skid marks from my denim jeans and jacket. The accident left me with six broken ribs, a torn rotator cuff, a major hip laceration, smashed L1 vertebrae, a broken tailbone, a fractured left femur, and a severely bruised spirit.

My leg was immediately outfitted with a 14-inch titanium rod. A full year after the accident, my femur bone was still not healing, a condition is known medically as a “non-union.” The solution suggested by a doctor at Cedars-Sinai was to hoist the screw from my hip bone higher up to my buttocks. “I told the young orthopedic surgeon, ‘hell no. I am not a piece of IKEA furniture.’” Despite my doctor and chiropractor’s disapproval, I trusted my gut and decided to have a painful second screw above my knee removed instead.

Later, I discovered that screws are often the direct cause of non-unions. I know someone who actually lost part of his leg because he blindly believed a doctor. These medical mishaps happen all the time. You need to be your own best health advocate. Western medicine excels at surgeries, running test labs, and prescribing drugs, but they do not possess a holistic approach to healing. In my situation, they didn’t even prescribe physical therapy — maybe because I was a Canadian without insurance at the time. And they definitely didn’t take into account the effects the trauma had on my psyche. The treatments were piecemeal.

After several years of chronic physical pain from the rod and mounting post-traumatic stress disorder, additional ailments piled on: insomnia, depression, severe bloating, and gastrointestinal issues. Western medicine prescribed sleeping meds and psychiatric treatment which i denied and suggested I perform an intrusive colonoscopy and endoscopy. Gentler approaches like dietary changes like getting off gluten, natural supplements or individualized treatments were never even mentioned.
Today as a functional medicine coach i know that a doctor gets less then 25 hour of nutrition education in their four years of schooling.

Every single health issue was an initiation. I had to investigate what was actually happening because my body exploded. I found a functional medicine doctor and today we work together to help others. But before that, I also removed the titanium rod, a procedure most don’t undertake. Most live with metal in their flesh aka hardware. I used my near death experience to learn about health and nutrition. I haven’t left that rabbit hole since.

After almost dying, I proclaimed to the universe that I wanted to do something bigger than me and be in service. And then the bees literally flew into my life.

In 2007, George Langworthy and I started our five-year journey toward making what is today the award-winning film, Vanishing of the Bees, narrated by Ellen Page… At first, I didn’t grasp the enormity of the situation. But as a “sister at heart,” I was captivated once I discovered that the bees are a matriarchal society. In a hive of about 50,000, at least 90 percent are female. What’s more, they work together with the greater good of the hive in mind.

I also learned that bees are responsible for pollinating a third of our food supply and that a widespread and very troubling phenomenon, known as colony collapse disorder, was causing bees to abandon the brood and the queen, something unlikely to occur on its own in nature. A few days after my first conversation with George the bee visitations began, and they continue to this day. In fact, one day during the making of Vanishing of the Bees, I stood at my kitchen sink washing dishes and worrying about where my next dollar would come from.

At that exact moment, a single bee flew right up to window in front of me, tapped the pane of glass, and flew away. It was as though the bees were reassuring me that everything would be OK.

I have learned so much about our food supply, nutrition, health, world… thanks to the bees. I thank them for giving my life purpose. After finally completing Vanishing of the Bees I was exhausted but ready for my next project. Eventually, I started building the online magazine and marketplace known as HoneyColony, an antidote for the indecipherable onslaught of mainstream health information.

HoneyColony is a call to arms. It fuses my love of bees, journalism, nutrition, biohacking, and functional medicine. It’s a — a proverbial hive – where we forage for the best sources of simply transformative solutions and information in a polluted world full of smoke and mirrors. We encourage others to become their own best health advocate. Together we participate and reap the benefits of community wisdom.

The company was created to be an amoebic force that continually grows, moves evolves, learns, and changes based on collaboration and sharing.

Many who buzz on over to HoneyColony know there’s something else out there in terms of a healthy lifestyle but don’t know where to start. It’s a community lifeline, a non-biased source of information members can trust because they helped create it.

Great, so let’s dig a little deeper into the story – has it been an easy path overall and if not, what were the challenges you’ve had to overcome?
No, it’s been bumpy on my way to smooth. From the literal get go, I was born with the umbilical cord around my neck (like biohacker Dave Asprey), and my heart beat stopped twice, so the legend goes. I joke that I tried to end it all before it even began. As a result, I was born a warrior.

At 29, I was hit at 30 miles an hour by an SUV outside of the now-defunct Bodhi Tree on Melrose Avenue. I was dragged 49 feet into the adjacent crosswalk. I had to learn to walk again. I came from Canada and built a life out of nothing. I freelanced for Detour, Maxim, The Hollywood Reporter, Los Angeles Magazine, Penthouse, and Black Book.

I was a hustler baby until I was a wounded bird. After my near death experience, I became super sensitive. My intuition was heightened, i developed super nasal powers. I never thought I’d be able to move the way I used to again. Yoga helped me, and so did the hardware removal.

After my accident, my body kind of exploding into a consecutive series of health issues. I used each one to learn about health and alternative medicine. This initiation started in 2002 I learned about progesterone, and candida, gluten, probiotics, PTSD, cortisol, insomnia, pain management, patience, and the shortcomings of the US healthcare.

My first job after convalescing was hosting a show on the ark of the covenant. This brought me to my parent’s motherland of Egypt. There I picked up an entity, but that’s best left for its own story. Suffice to say I eventually had a few exorcisms, as one does, to get rid of a curse I picked up in a tomb in Luxor.

Next, I worked on Catwoman. I was the assistant to Pitof, the director, during reshoots on the Warner Brothers lot. I recall one day walking back to my office. I still had a rod, and I was experiencing massive nerve pain. I almost bumped into Clint Eastwood. He was a strapping man, tall and sturdy like an oak tree.

After that gig, I stopped covering beats like Hollywood and sex. I decided I wanted to partake in projects that made a difference. I produced a few environmental segments on, i.e. the Exxon Valdez oil spill for Robert Greenwald and The Sierra Club. It was called The Sierra Club Chronicles.  I spent five years directing and producing what would become Vanishing of the Bees with George Langworthy. We traveled the world and managed to make a beautiful film with only a million dollar budget and a very small crew.

After making the film, I ironically was exposed to pesticides just like the bees. I was in the Dominican Republic screening the documentary at an environmental film festival. I was later diagnosed with Lupus and Fibromyalgia. But I had chemical body burden, oxidative stress, and adrenal fatigue. It took six years, but I reversed my condition.

Please tell us about HoneyColony.
After making Vanishing of the Bees, I emulated the bees and in 2012 went on to create a proverbial hive. HoneyColony is an online magazine and marketplace aimed at empowering you to be your own best health advocate. We offer solid, cutting-edge information that is well sourced and simply transformative products.

Today I am a functional medicine coach. For almost 15 years, I have been covering the food supply, food politics, nutrition, autoimmunity, chronic illness, metabolomics, longevity, oxidative stress, functional medicine. I coach others and also have managed to navigate great resistance from the system for offering CBD oil even though it’s from industrialized hemp.

I refer to 2017 as The Year Of Playing Whack-A-Mole. During this time, my online health and wellness company was shut down, robbed, defrauded, and sued. I, meanwhile, was a victim of identity theft, banned for life by PayPal, sprouted a few gray hairs, was censored from YouTube, bullied by loan sharks, and conned by criminals. You know, the yooj.

All this because of CBD oil from industrialized hemp.

At the core of our recurring challenges and our nearly half a million dollars in losses, is the fact that the pharmaceutical industry –with their own artificially patented CBD drug– is trying to capture an incredibly profitable market niche of cannabinoid oils, estimated to grow to 22 billion by 2022

As a crusader on the front lines of a lucrative CBD market, my company and I became a casualty of an asinine system that caters to Big Pharma, big banks, disinformation, fear, corruption, and greed. I am currently writing a book about my crazy tale.

Do you look back particularly fondly on any memories from childhood?
I collected ladybugs in jam jars after Sunday school in Montreal when I was in my early teens, and marveled at fireflies at sunset whenever I visited my cousins in Akron, Ohio.

At age eight, I impressed my younger sister by catching a big fat bumblebee with a butterfly net near the regal maple tree in our backyard, which was later chopped down.

And after consecutive days of rain, I often fashioned mud pies and played with wriggling worms while sunbeams made their debut. I remember being close to nature. That’s where I feel most at peace. Doesn’t everyone? 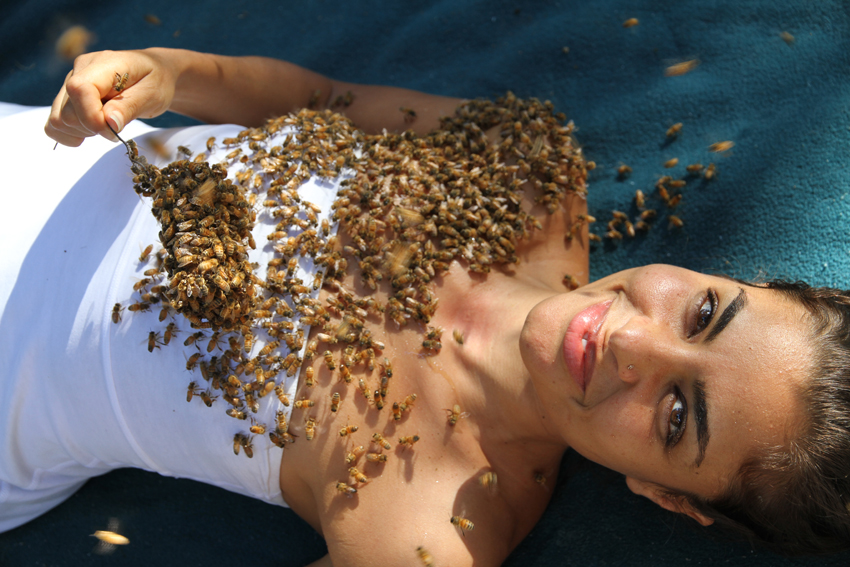 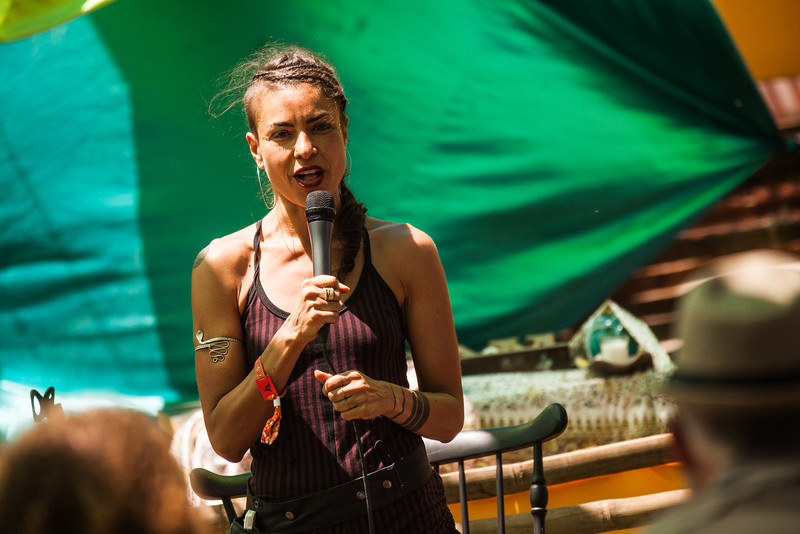 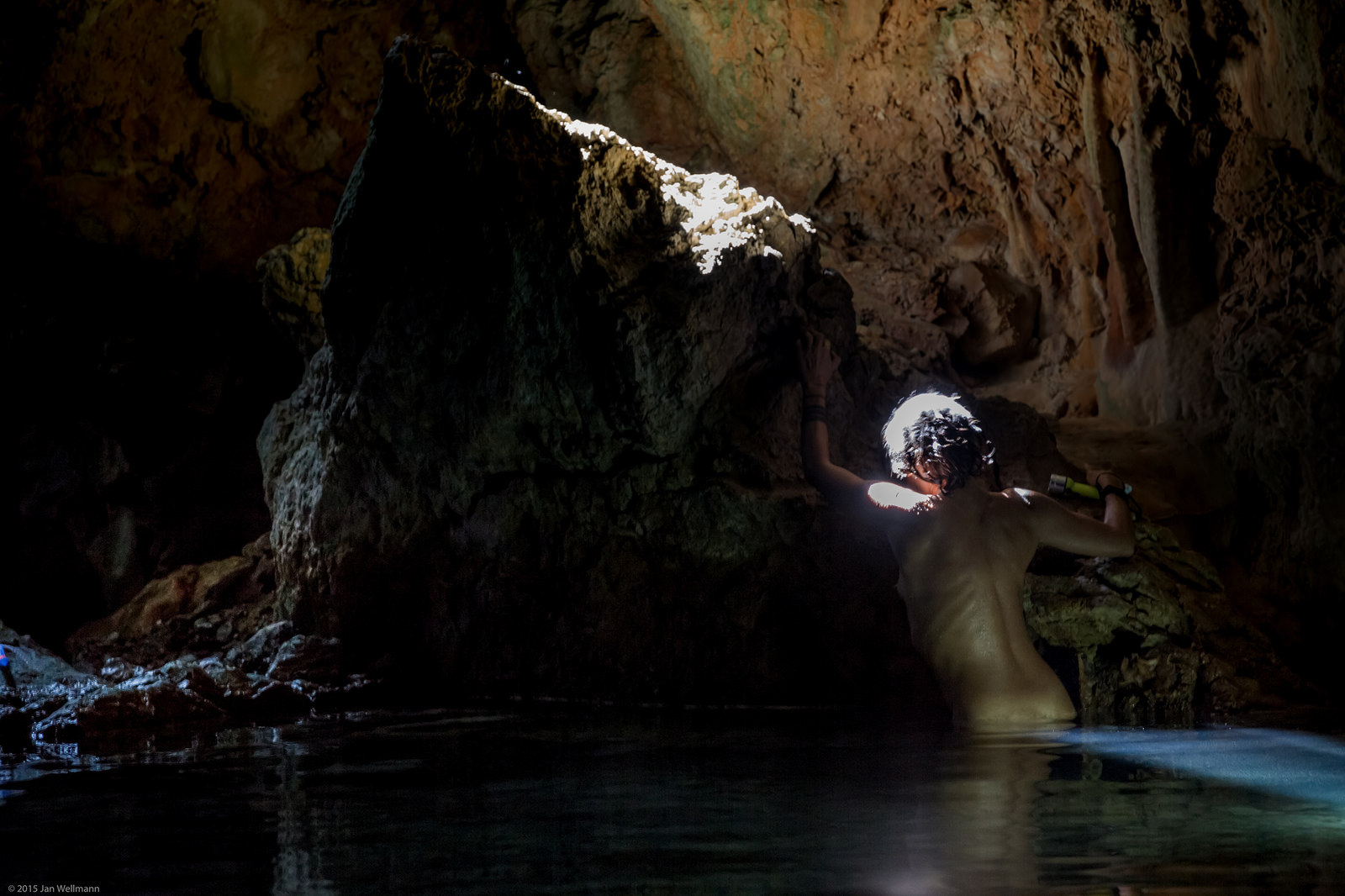 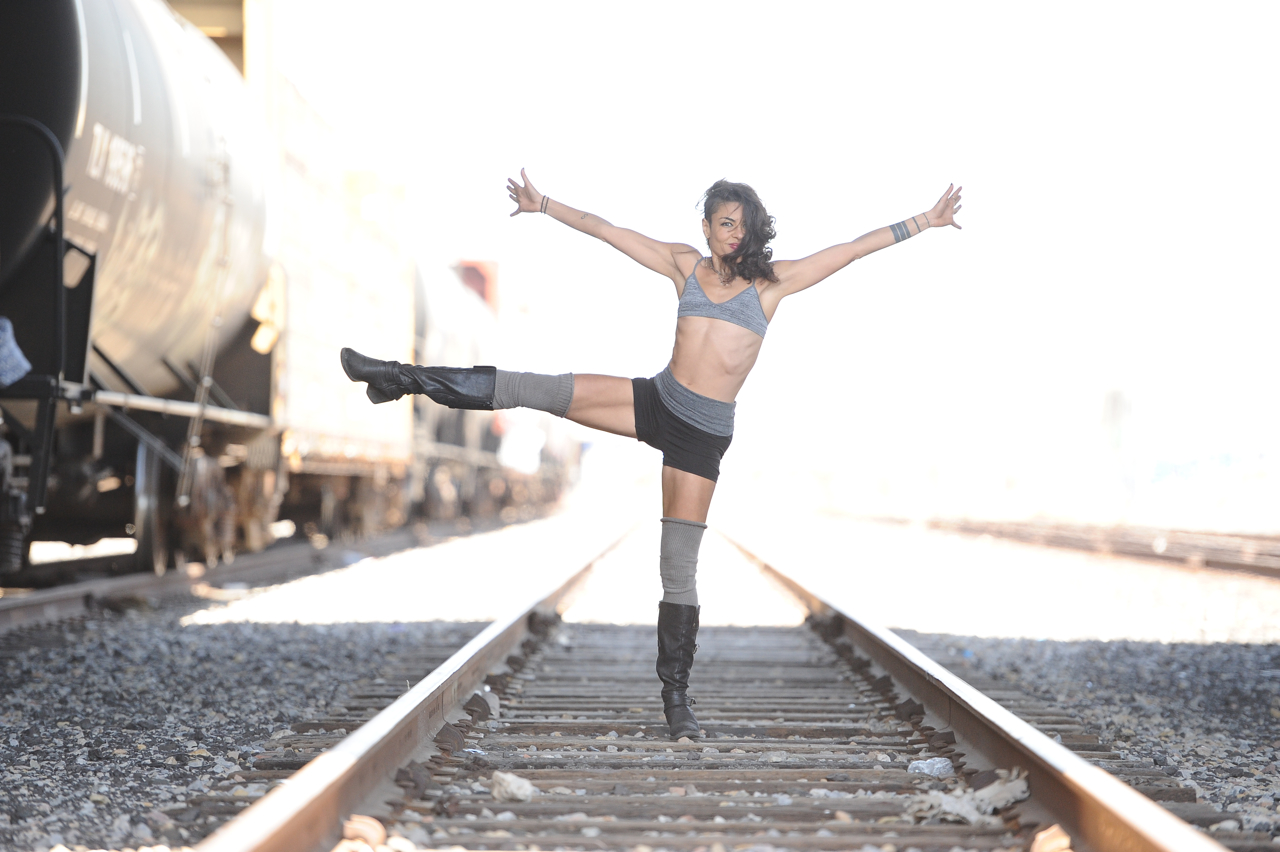