Meet Marwick Kane of Up Pup N Away 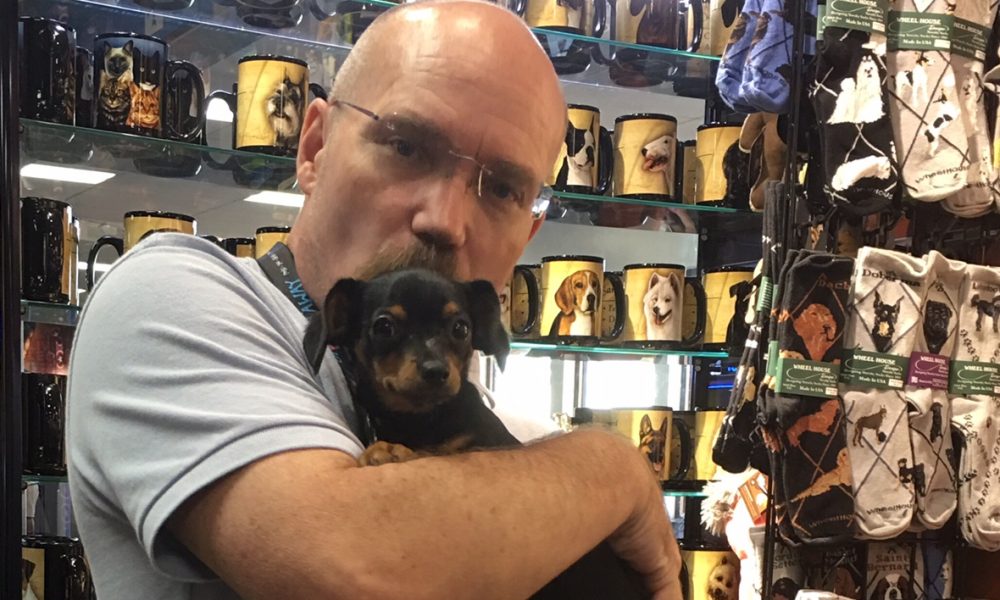 Today we’d like to introduce you to Marwick Kane.

Marwick, can you briefly walk us through your story – how you started and how you got to where you are today.
Up Pup N Away’s beginnings start with the passing of my first Doberman Pinscher Patsy in 2011. After losing my dog to bone cancer, I decided to train my male Doberman Jackie to do therapy dog work, as we both needed to feel better. As a team, we passed our exams and began volunteering with Alzheimer’s Patients, soon after Jackie started working with children throughout the valley helping them through a myriad of issues, he was a natural with kids. We were approached in 2012 to join a new therapy dog group forming at LAX airport, the P.U.P. (Pets Un-stressing Passengers) program. Jackie became the first Doberman to do therapy dog work in an airport anywhere. The PUP program officially launched on April 15th 2013 and has grown to almost 70 dogs at LAX alone, similar programs have launched in more than 45 airports worldwide, with the help from Heidi Huebner Director of The PUP program at LAX. Now to my Company, after a real short time volunteering with guests at LAX, it became clear a pet/gift store was greatly wanted and needed by the traveling public. I said to friends and family so many times “someone needs to start a pet store in airports” finally they responded “why don’t you do it”? Up Pup N Away opened our first airport location on August 17th 2016 at the Hollywood-Burbank airport. We are currently in talks with several other airports to bring the Up Pup N Away brand to their cities.

Overall, has it been relatively smooth? If not, what were some of the struggles along the way?
Starting a business with no available business model for pet businesses at airports was not easy, it required a great deal of data pulling from many sources, to compile information on pet travel and needs. Also opening an airport business has many more hurdles than a brick and mortar.

Please tell us about Up Pup N Away.
First and foremost, UP Pup N Away starts and ends with customer service. The first decision I made as Founder and CEO was all pet toys and treats sold by us, would only be made in the USA.

If you had to go back in time and start over, would you have done anything differently?
If I could start over, I would go back and get a master’s degrees in business, law & physiology, but seriously I wear many hats.