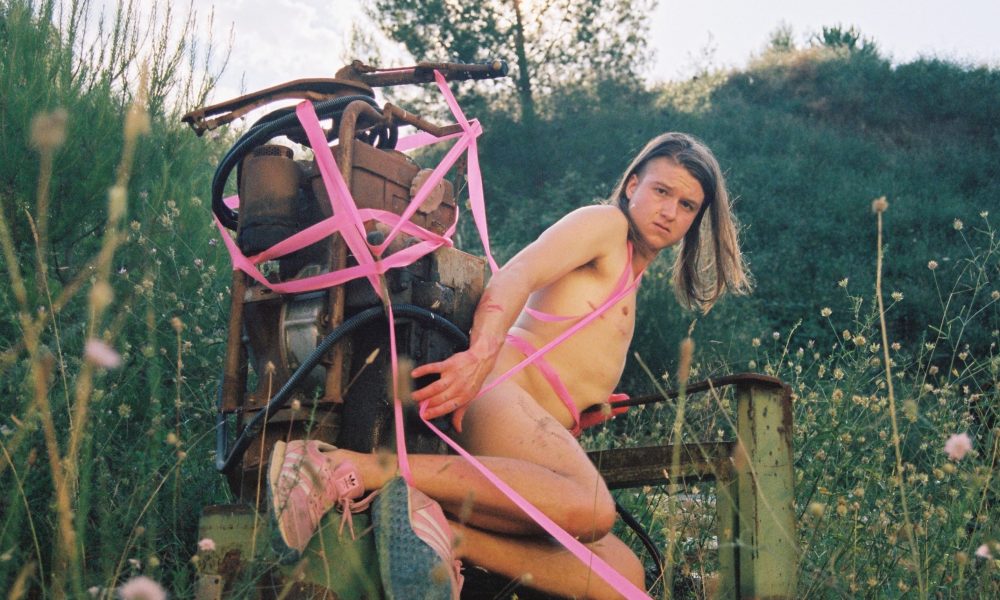 Today we’d like to introduce you to Marval A Rex.

Marval, let’s start with your story. We’d love to hear how you got started and how the journey has been so far.
I am a total multiplicity; a perpetual becoming. I am full of strange laughter. The perfunctory answer to such questions of origination often begins somewhere where latitude and longitude meet, or kiss.

Salt Lake City, Utah has a longitudinal point of 111.8910° W. I like the number 111– it is said to be a “master number” in numerological circles. When I look at the past, my past, where joy and terror have commingled, I see a mastery. I have had to master many things to climb seven points up, to perch at the 118.2437° W of downtown Los Angeles. Seven steps later, I now master the art of humility in a city that teaches its antithesis just as easily.

I was born in Salt Lake City, Utah. I was raised my mother’s “princess.” As a child, I had a mahogany bowl cut and watched the Mormon Bishop’s wife’s cat devour a large moth in their mansion on the mountainside. It was Utah in the ’90s. Mormonism reigned supreme; the conservatism was thick in the air, the quality of which is still some of the worst in the country (look it up it often beats LA for worst air!). As a gender non-conforming creature I both literally and figuratively struggled to breathe.

My formative years in SLC were dark, broken by momentary beams of hope which were then quickly swallowed again into a bleakness that buzzed violently inside of me. I still have moments of astonishment at this fact: I survived my first puberty. I ran away to Northern California in 2010, just having turned 18. There I discovered my breath again. It was another five years past before I really took stock of the body I lived in.

I reluctantly acquiesced to a life long affair with the medical industry as I took Depo-Testosterone shots and removed breast tissue. This was 2015, right around the transgender tipping point. Four years later, in the infancy of 2019, I have discovered: I am a strange multiplicity, beyond any one label, and I am ancient… and four years old.

My art practice flourished with my grandiose gender vacationing. Once I departed from the societal scripts, I found a freedom that felt like a blessing or a master number. Now I ride the waves of this charmed life, recognizing my immense privilege of seeing things the way I do, with a power accosted to me both by mundane and mystical means.

I perform and curate performance art as a form of daily meditative resistance. To put it succinctly: I want the world to feel my laughter, let it inside — let its pleasure pulsate into pain, and be changed by the curvature of feeling.

We’re always bombarded by how great it is to pursue your passion, etc. – but we’ve spoken with enough people to know that it’s not always easy. Overall, would you say things have been easy for you?
I mentioned growing up in Salt Lake City in the ’90s and early aughts. That still feels like the most haunting part of my life, potentially incomparable because I had no understanding of who or what I was or could be.

I thought I would die there, in that city, being reduced to girlhood and caught between socially-accepted notions of what was real or not. High school was particularly disconcerting, and on top of just the normal teenage bullshit, I went to a Catholic preparatory school where there was lots of talk about God and sin.

I can recall very few memories from that time. A friend of mine was just recently quoted in an article saying, “After surviving high school, I feel like I can do anything.” I laughed when I first read that quote because it simultaneously felt cliche and profoundly honest– it resonated with me deeply.

To this day, I have to navigate the dizzying complexities of passing as a cisgender man. It is complex for me. I know the whole gender system is corrupt, and I push against the codifier of trans too. All of it on a deeply philosophical level is troublesome for me. I am interested in a radically different system(s)– based on an entirely different notion of subjectivity.

And that is what my art practice is creating for: an entirely different experience of being in the world. I felt trapped for so long, and I see how many various kinds of people are also trapped by a subjectivity placed upon them at birth. So I work in my own strange ways to dispel that. I work for a world that is unraveling.

We’d love to hear more about what you do.
Marval A Rex is my business–and it is also your business. LA is all about cult of personality, and here I am, a brand of myself in the bizarre happenings of late-stage Capitalism (whatever that can mean). I am an artist as cultural producer: I make work, perform raucously, and curate shows to hold space for other artists. I write, I fuck, I philosophize, I cry, I sleep 10 hours a day most days, and I swim in a lap pool regularly– all of these things are essential to my business as a cultural producer.

I am currently afforded a nicely sized studio at the University of Southern California, where I will get my Masters in Fine Arts as part of the class of 2020. Through that studio I paint, build sculptural props for performance, rehearse, and meet artists from all over Southern California and often New York and beyond. I am thoroughly enjoying myself in the program and am endlessly inspired by the creative flow in the city. 2019 brings a host of new projects for me: most of which center around performance art.

I am obsessed with performance because I have always loved the underdog (myself being one/once upon a time) and it is a practice that is sloppily handled by the art historical canon and largely misunderstood on a collective level. People think Marina Abromovic or maybe even Shia LeBoeuf’s interesting attempts at such a practice.

But right here in LA live some of the most dedicated and nuanced performance artists who evade easy categorization and often courageously navigate taboo subject matter. I find the most interesting work being done at the fringes, by the weirdos or the socially awkward or one’s who appear to display sociopathy. This is where my vision for a new understanding of subjectivity can exist: in creative spaces and with broad leaps of faith made right in front of an audience.

I am currently curating two ongoing performance series, one in LA titled “Training Camp” and one affiliated with the National Council on Education for the Ceramic Arts (NCECA) titled “WET: Performing UtopiaZ.” Both series showcase a rotating group of artists who engage in live performance works that I feel are queering notions of time, space, subjecthood, objecthood, and overall existential anxiety. I am also slated as the Performance Curator for the 2020 Queer Biennial.

I aim to promote the work of under-recognized artists and makers and those whose work is “unpopular” within the larger art circuit. I like to let the freak flag fly.

Has luck played a meaningful role in your life and business?
I alluded to this with the notion of a “master number” and Salt Lake City’s longitudinal coordinate. I believe I live a charmed life. I come from a long line of witches (bruixes), and so we are all very superstitious.

I’d say, amidst the tarot cards splayed about and the palo santo burning, I do believe in a little bit of luck. I also believe one can force the hand of luck– although that practice requires a mastery all its own. 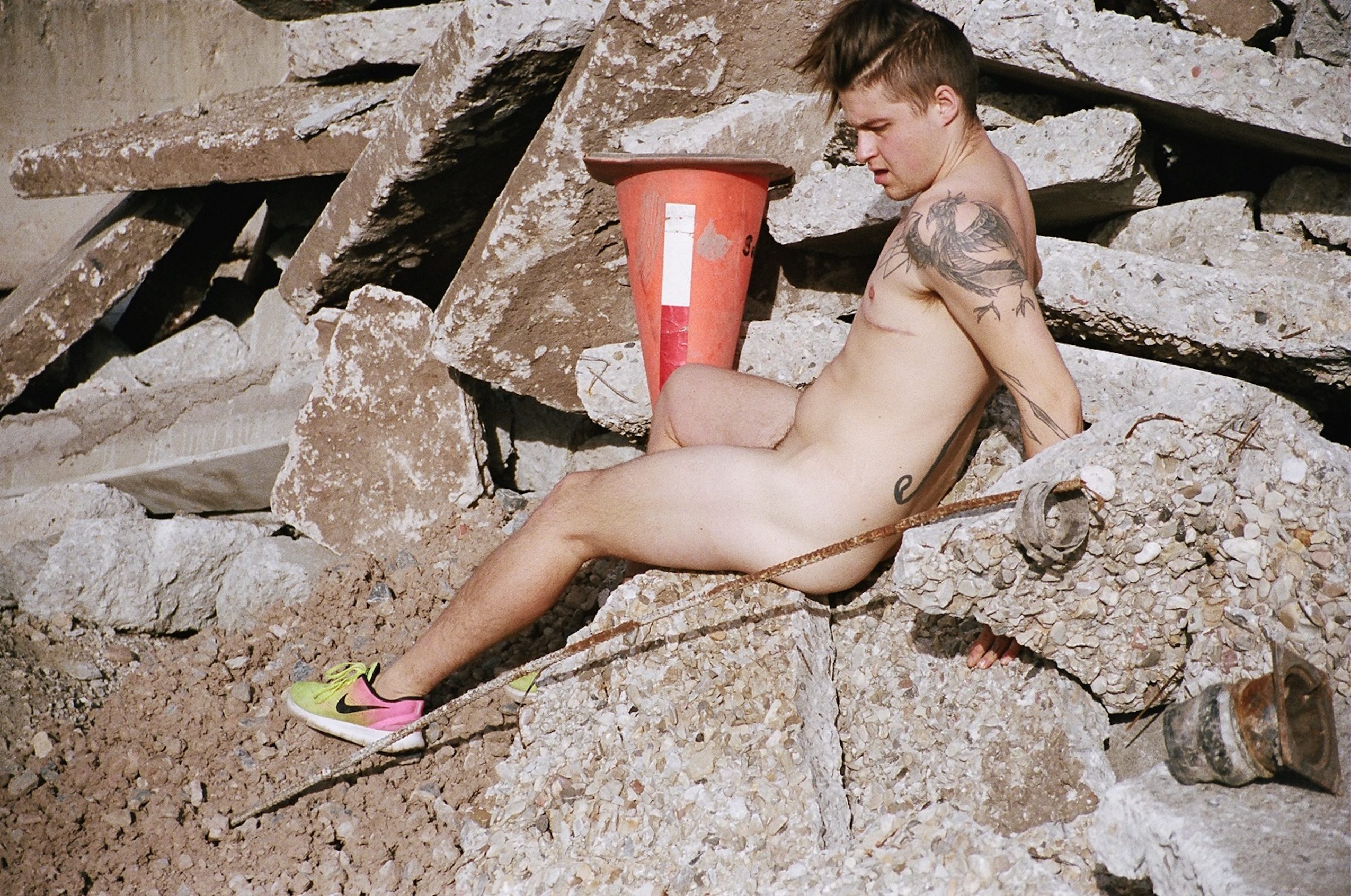 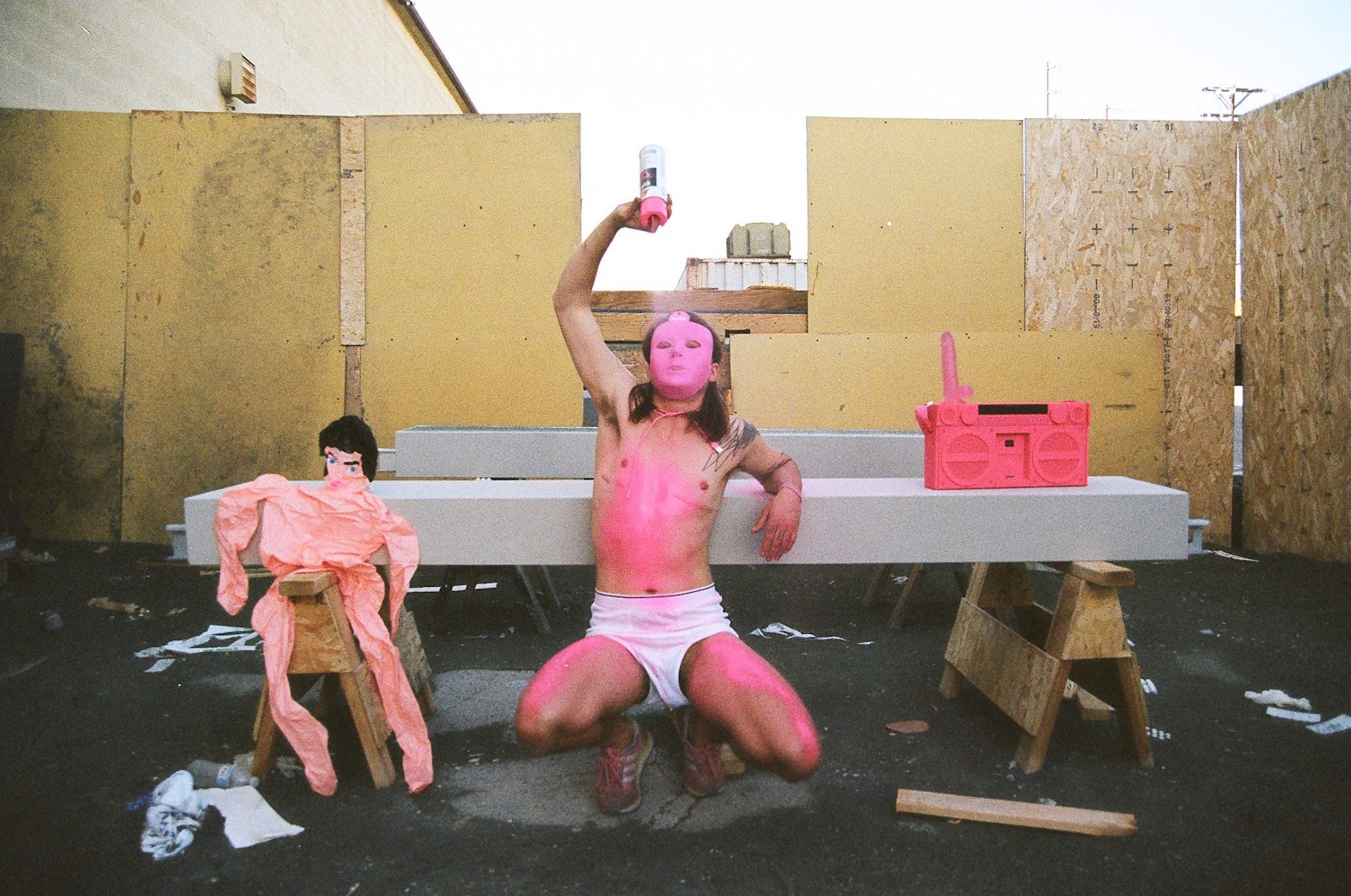 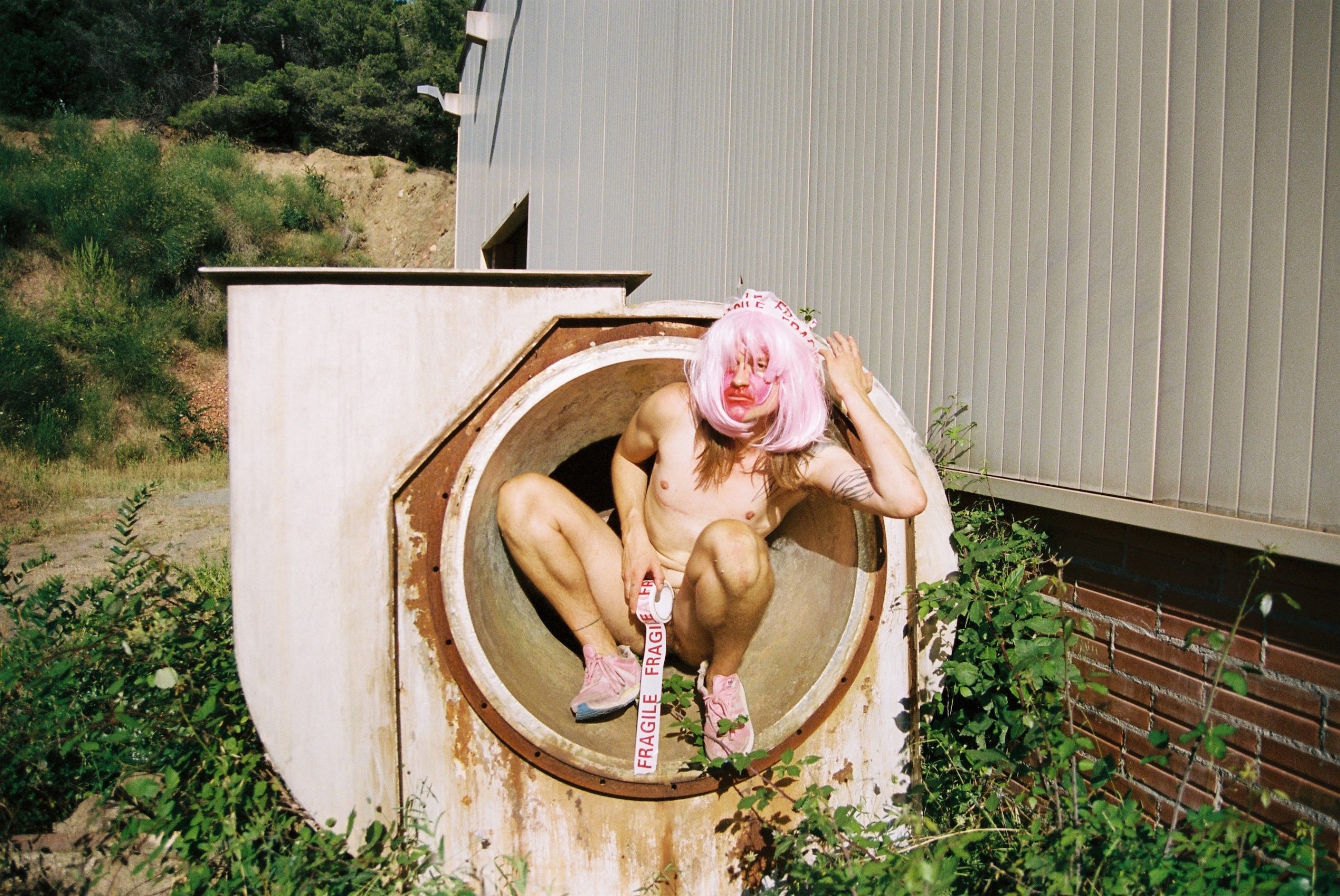 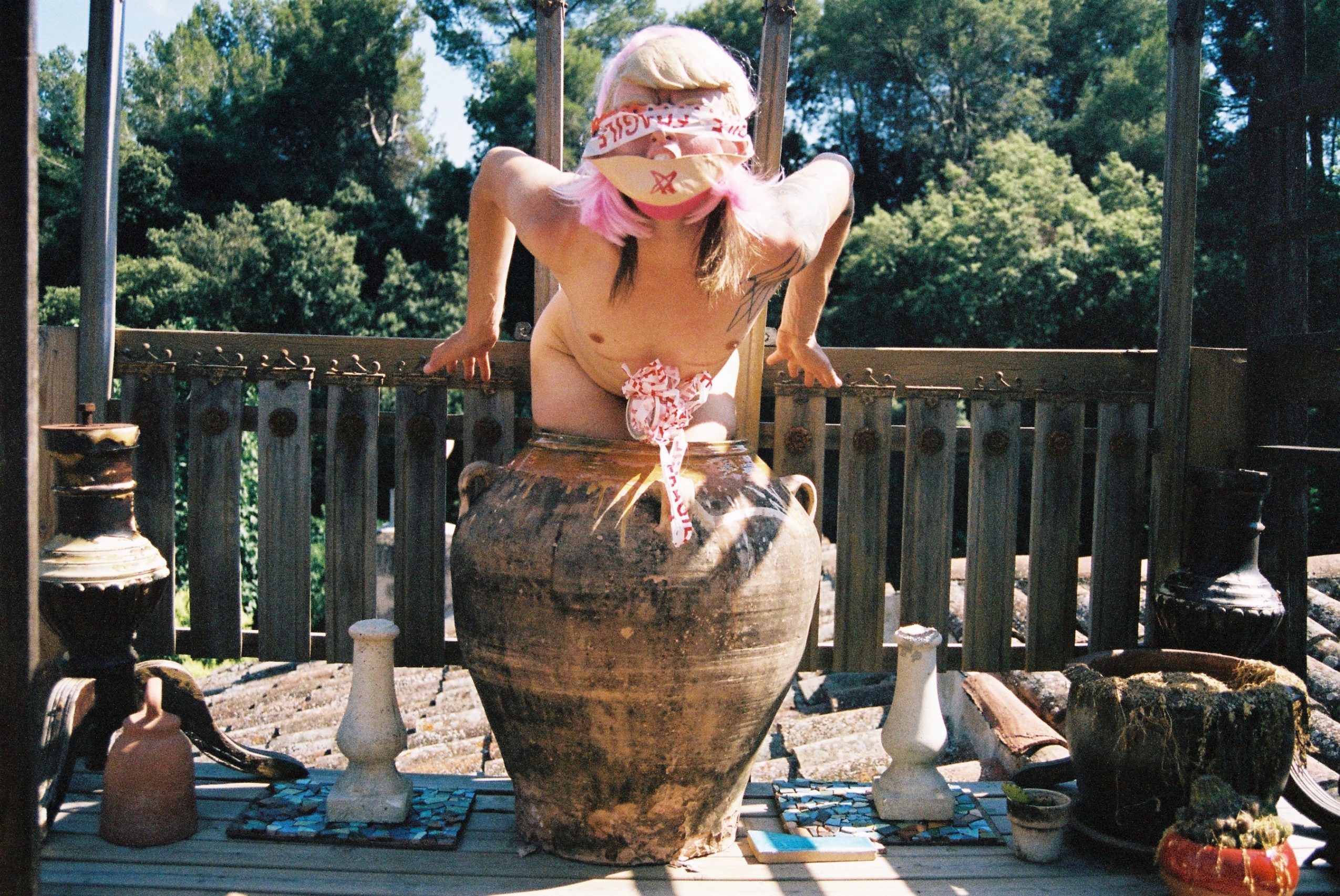 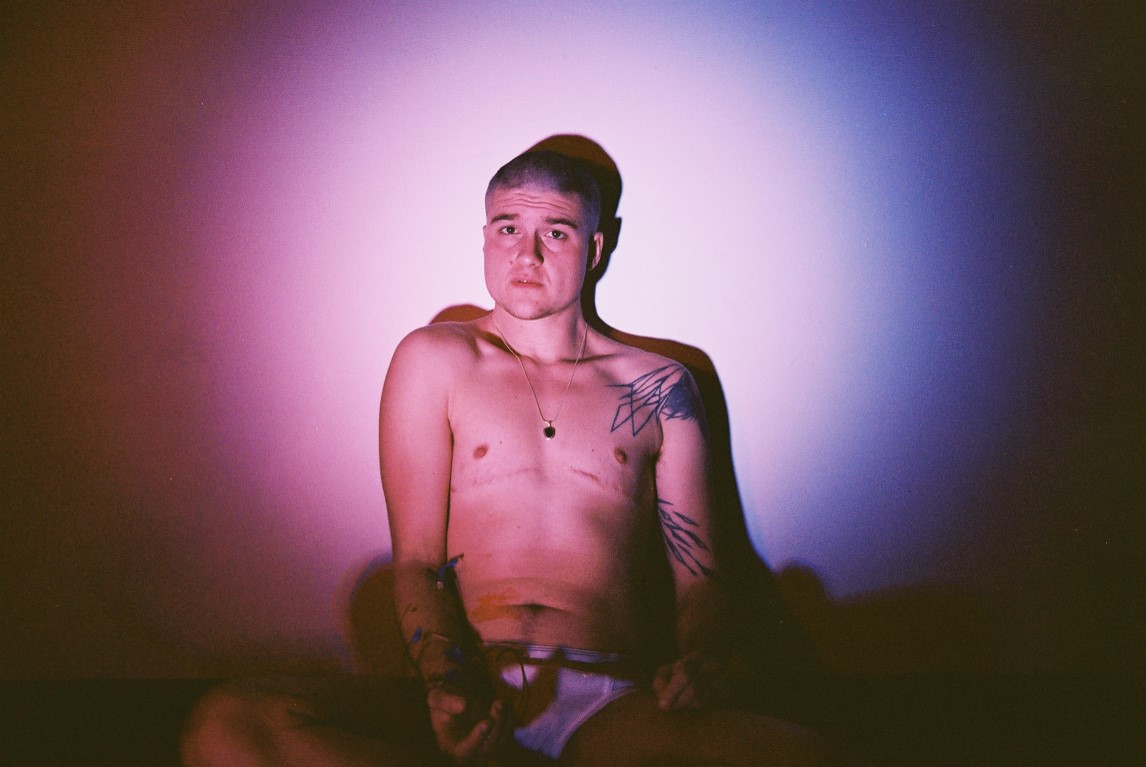